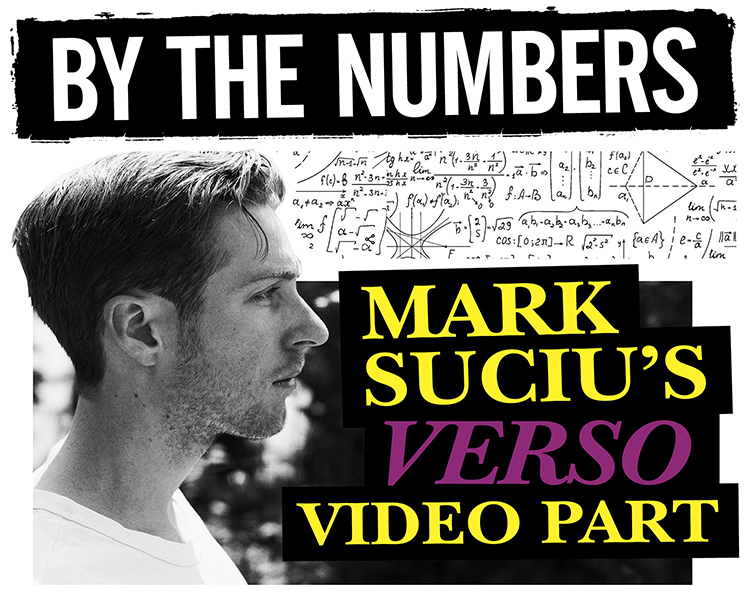 Mark Suciu’s 2011 video part Cross Continental almost single-partedly ushered in the modern age of free A-grade stand-alone video parts released straight to web. And after firmly embedding himself among the ranks of the most elite skaters in the game, Mark decided to shift gears and go to college. Few parts since have made a fraction of the cultural impact Cross Continental had and it seemed hard to imagine how—after prioritizing a demanding college education—Mark could outdo his early career's magnum opus. But that’s where Verso comes in. The most anticipated part of the year is finally here after months of pushed back release dates on account of a white whale of a last line. If you’re the literary type—like the man himself—you might know that the word verso refers to the backside of a page in a bound book—the continuation of a text that preceded it. This video part delivers exactly that, a matured vision and continuation of what he had established in the first phase of his career. And like a great piece of literature, this piece must be revisited numerous times in order to see the myriad connections and patterns that lie hidden between the lines. So after you watch the part, read these stats to see what you may have missed while having your mental landscape reconfigured by one of the most interesting and progressive parts in modern skate history. If Verso is the start of the backside of the story of Mark’s skating, we are all in for a very, very good read. —Ted Schmitz