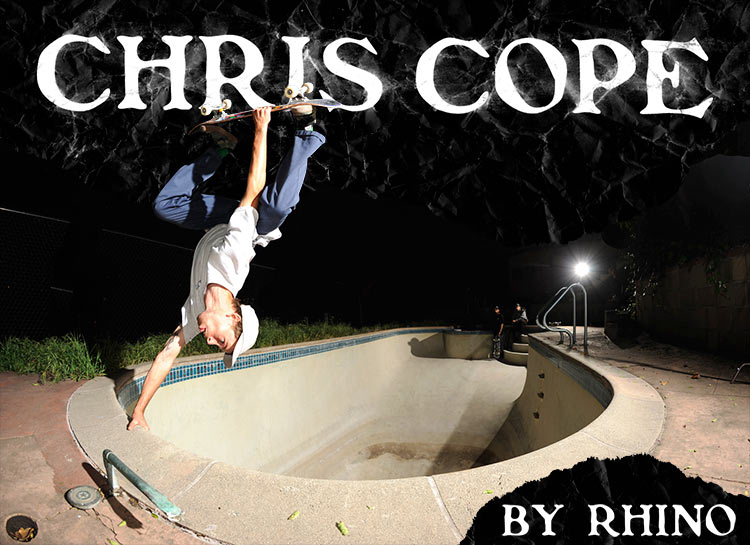 Where did you grow up?
I grew up in the deep woods of Texas.

Texas is huge. What city were you closest to?
I was closest to Houston, about two-and-a-half hours away.

How did you get into skateboarding? When did you start?
Around 1994-95. My two older brothers skated. They had a ramp in our backyard and I would just pump on it. They skated that and skated street. 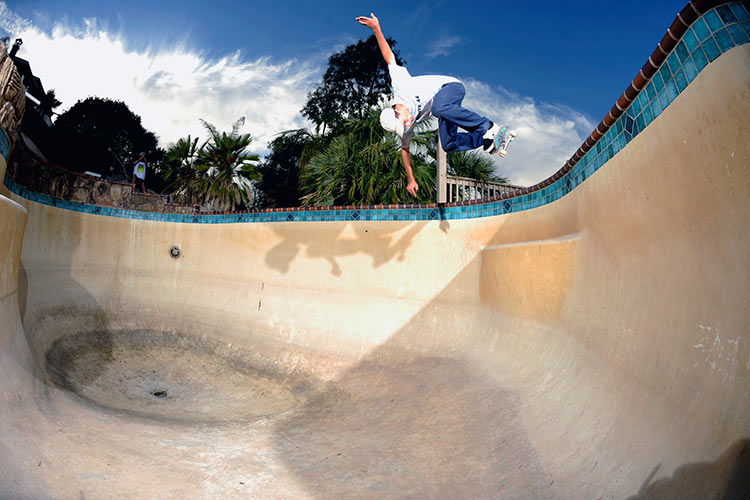 Do they still skate?
One of them still cruises around a little and the other one got broke off.

What was your first real setup?
A Mike Crum hand-me-down with Indys. The graphic had some sort of cookie jar on it. That’s all I remember.

What was the first video that got you stoked?
The first skate video I saw was Alien Workshop’s Photosynthesis on VHS. It was left on Jason Dill's part.

Are you still a Jason Dill fan?
Yeah, for sure. 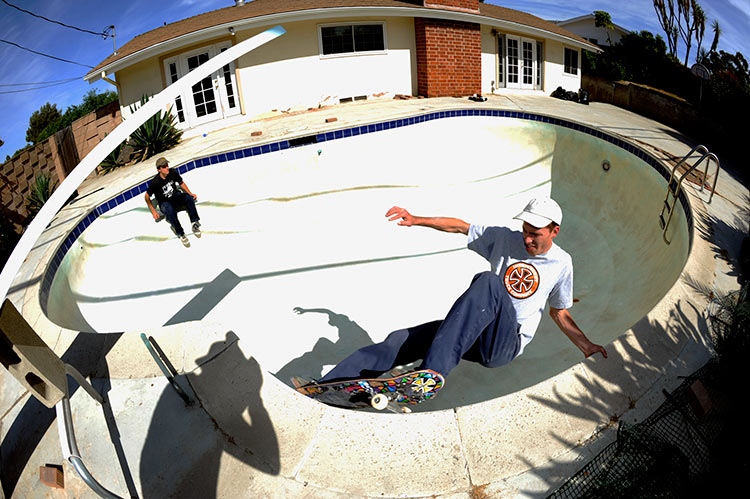 Who was the first pro that you saw or met?
The first one I recognized was Darrell Stanton at Southside Skatepark in Houston.

Texas has a long list of radical skaters. Who are some of your favorites that came out of there?
Jake Nunn and Darrell Stanton were the shit at the time I got into skating. I like the classic Texans: Craig Johnson, Tex Gibson and Jeff Phillips. And now, of course, Raney Beres and Ben Raybourn. Oh yeah, and Joe Dirt. 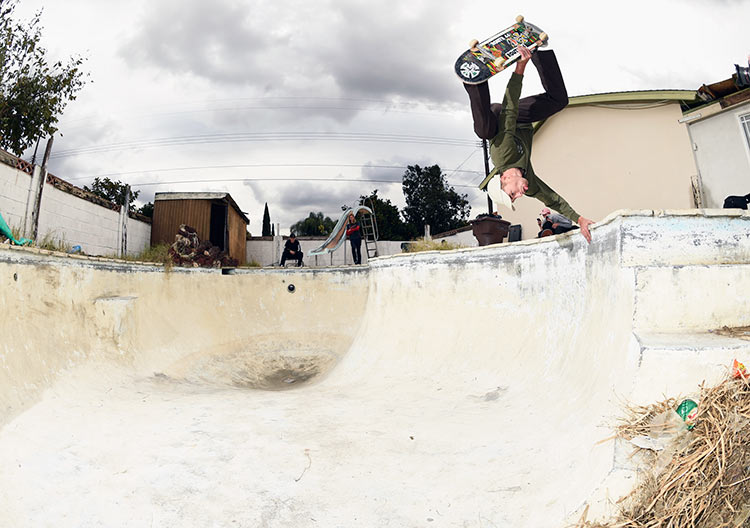 Rumor has it when you came to SD you were hitting the streets pretty hard.
I wouldn't say I was hitting it hard. I lived with some dudes that would go out a lot and I would tag along. I hooked up with Ivery Turner and some others—just cruised with them and tried to skate whatever spots they went to.

Were you more of a street skater back then or did you also have tranny skills?
I was a street guy if we need to call it something. Tranny-wise, I just skated mini ramps and stuff.  I learned how to carve when I got out to San Diego from skating pools and Washington Street.

Do you remember the first time you went to Washington Street?
Yeah, I took one run and then sat down and was fascinated by the park and the way people were skating it.

If you had to pick one skater who has killed that place the hardest, who would it be?
Glen Wagner, Joe Pino and everyone else who helped make that place happen killed it the hardest.

You have put in some time down there over the years. What are the top-five heaviest tricks you have seen go down there?
1. Shaun Ross, frontside invert over the channel. The tries were fucked!
2. Rie Clancy showed up at 10pm and did a face-high tuck-knee behind-your-back style Indy air in the dark.
3.  Abass Ochoa, drop in across from the cradle and frontside grind the top. Go look at it. You'll laugh!
4. Peter Hewitt, air to fakie on the face wall, landed sideways and lived to tell about it. That was a hair-raiser!
5. Ronnie Sandoval, almost frontside air disaster the top of the cradle. I still don’t understand the physics of that one.

Any sketchy stories that happened at WSVT, skating or non skating?
There was a homeless guy across the street under the bridge with a really loud, dementedly evil laugh. He would literally sit there and laugh all day. It didn't bother us for the first five or six days, but eventually Rie and I couldn't take it. We snapped and told him it was over, told him he had to move. He wasn't compliant so I just grabbed all of his stuff and moved it down the block, around the corner. Walking back, I turn the corner and there he was with a football-sized rock in his hand and a deranged look in his eye. Knowing that he's going to try to kill me, I dodged him enough to square off with him. Luckily, I had my board with me the whole time and I was able to ward him off. We haven't seen the guy since. 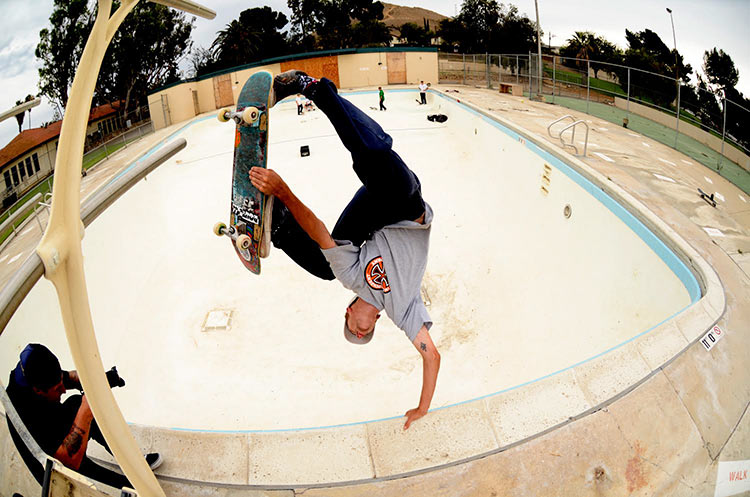 Did he throw the rock at you? How heated did it get?
It was close: one blow from either of us and the other would have been done. It was pretty intense, the look in his eyes. He was off the deep end and he was buff as fuck—a 55-year-old dude who was in shape. I would have got crushed for sure if he unleashed first. I’m just glad nothing happened to either of us.

I know a lot of people got vibed out when the park was finished. When you started going there did any of the locals throw a trash can at you while you were skating?

That happened to Pat Duffy. I got vibed a little by a few people, but most of the guys there at the time were rad as hell. The rad people outweighed the dudes who wanted to vibe people out, so I hung out with them more.  It was pretty harsh. These days it’s mellower.

What was your first photo in Thrasher?
The subscription page in the December 2011 issue—the downtown San Diego pipe by the 163 freeway that I looped. 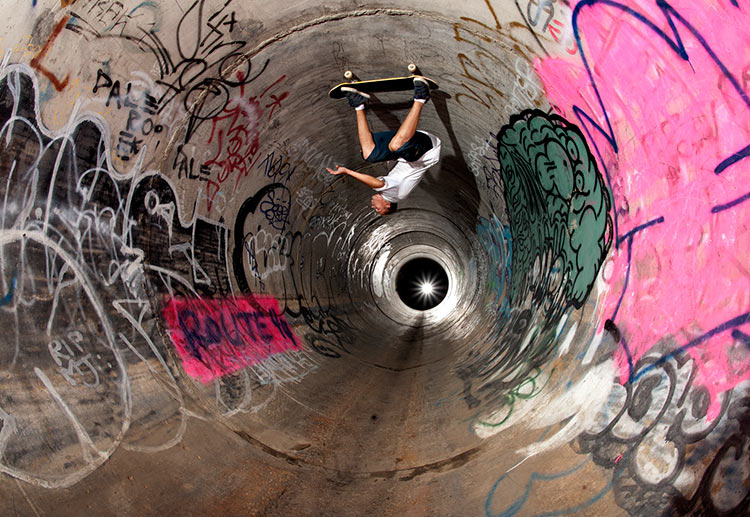 What’s your favorite photo that you have seen in the mag?
Pete "The Ox" Colpitts, frontside grind in Hokkaido, Japan where the coping is shattering. He has the toughest face and stance.

Have you ever skated with The Ox?
No, I haven’t had the chance yet.

I hear you have been stalking him on Instagram.
I wouldn’t put it that way. But we have been messaging on Instagram.   He is, like, the only dude in skateboarding that I have ever tried to track down. He is the nicest dude to talk to, from what I hear, and he’s also one of the rawest skateboarders out there. I want to skate with that dude sometime, for sure. I hear P-Stone has a lot of footage of him. It would be cool to see an edit of all of it.

What do you do for work?
I'm a caterer for the pro wrestlers and divas of WWE. I get to travel all over the good old US of A with the show.

So you know some of the pro wrestlers. Do you get to hang out with them?
I bullshit with a couple of them but for the most part I just keep to myself.

Do you get to skate when you travel?
Yep. My bud that got me the job, JP Krauss, skates too. We live on tour buses that are always parked in downtown areas. So we just skate whatever the downtown has to offer.

Seems like you have traveled around and checked out a lot of skate scenes. What are your favorite places you have been to?
Christiania for the 24-hour-a-day sessions, La Cantera for the beach/park combo, Missoula for the store run then float down a river back to a fun park, Japan for the mini spots/general confusion and Lincoln City for the—well, go there you'll find out why!

If you could travel to one skate spot in the world tomorrow, where would it be and who would be your dream crew?
A waterpark with one of the big funnels with Peter Hewitt, Al Qaeda, Chris Slatky, Steve Bailey, Pete "The Ox" Colpits, Abbas Ochoa and Patrick Bieck with a no-bust factor. 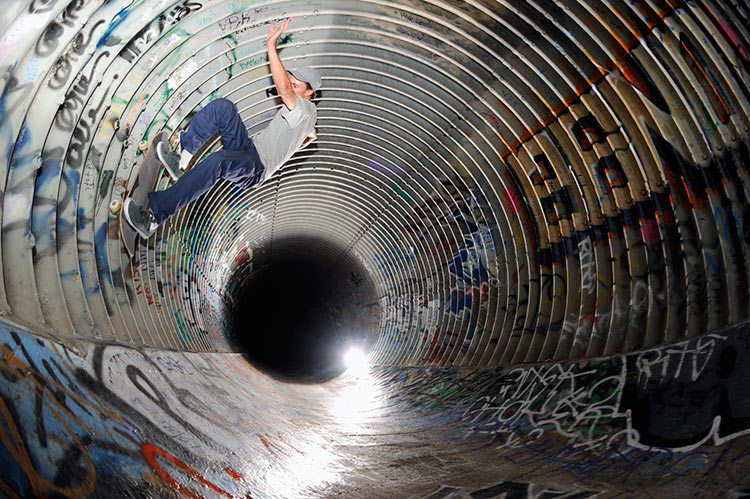 Ollie up to pipe grind

How did your video part come about?
I’ve just been collecting little bits of video here and there over the last few years. I wasn't making an effort to film a lot and I didn't have a project in mind. If I thought of an idea I was really into and there was a filmer around I would try it. Then two or three months ago, you mentioned maybe putting something together and I'm glad you did 'cause it motivated me to do some stuff. I always wanted to try to put out something.

What was the hardest trick for you in your part?
The loop and the invert to egg were both difficult for me. 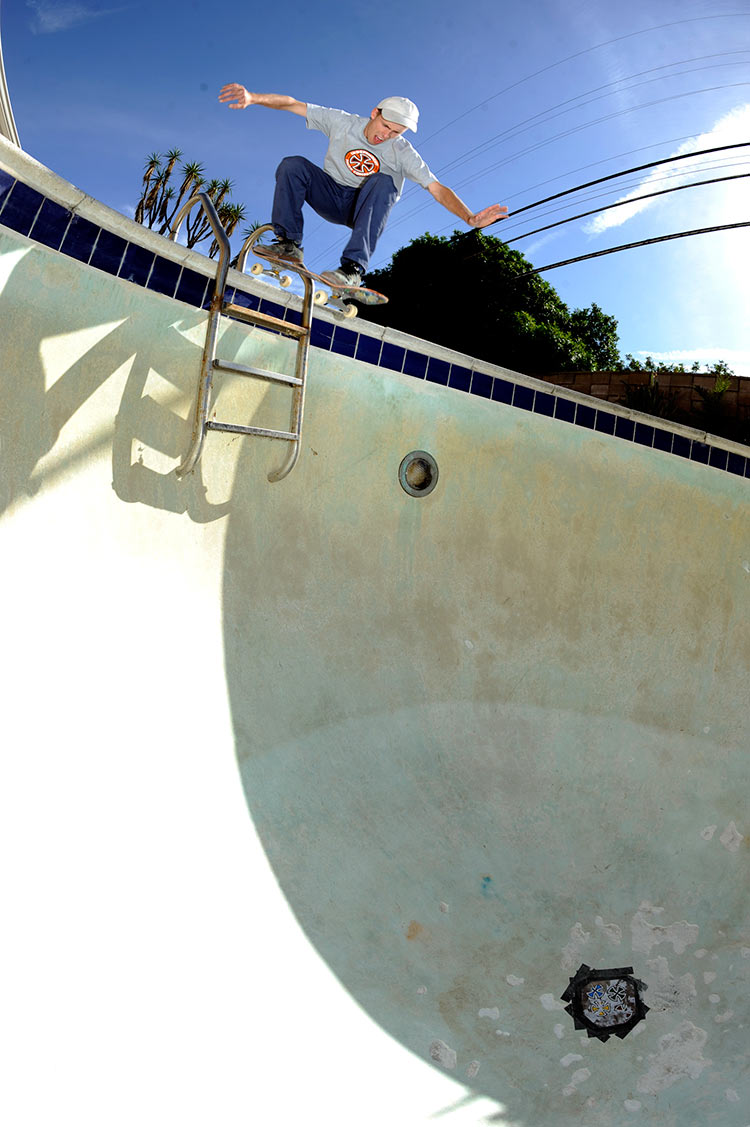 What was the last trick you learned?
Sliding a tail block for a foot or two on the deck, then back in fakie.

Your motivation level is really high for skating and finding spots. What keeps you going?
I just wake up and get stoked to go skate because skateboarding is fun.  It’s a great way to enjoy your life. When you have a great day skateboarding, nothing beats that feeling!