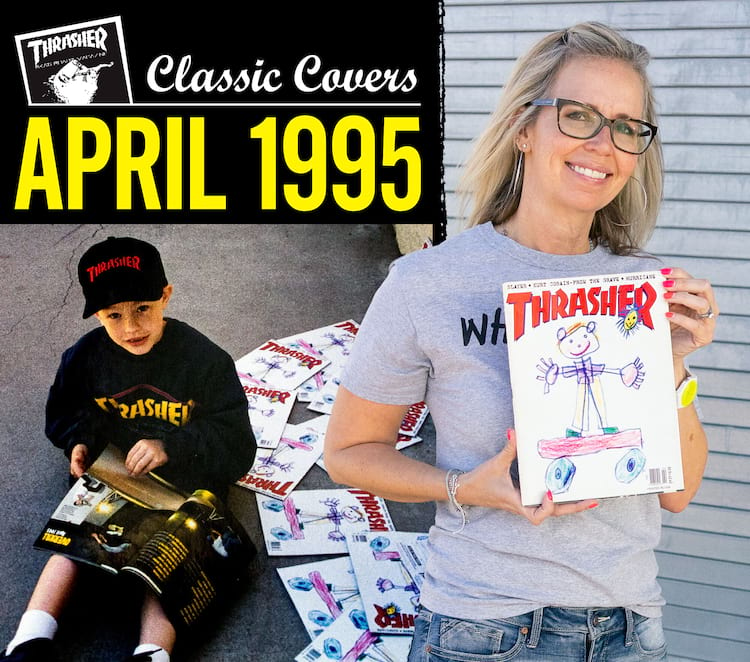 Sean McKnight was just six years old when he penned the now-iconic image that made the front of our April 1995 issue. His sister Jen Rylski tells the story of how a simple Mail Drop submission turned into a Classic Cover.

I started skating in Mesa, Arizona, in eighth grade, around 1991. I skated a Jason Lee everslick that I loved. It was me and my girlfriend Moriah originally, then I met my girlfriend Chris, who still owns a ramp and is so good. There were a total of four girls who would skate together at the time. Now it’s a bigger thing, but there really weren’t that many skaters who weren’t boys. We’d skate every day, all over town, sometimes at the Wedge way before there was a skatepark. 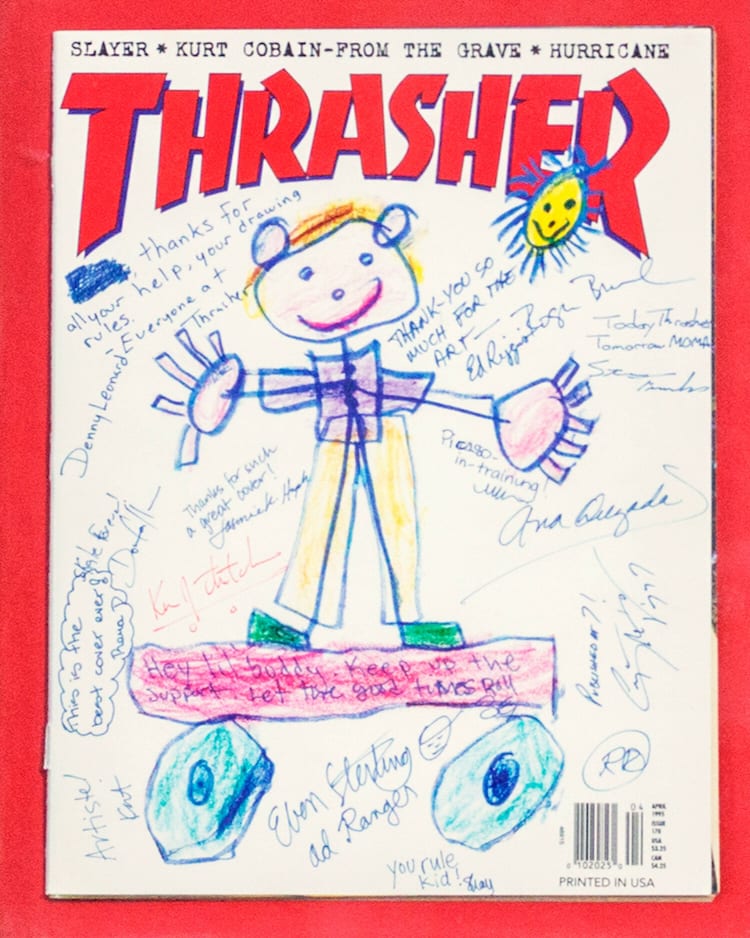 Better than any yearbook page

So I knew about the magazine and I used to write to Mail Drop. When I was 18 and my little brother Sean was six, he drew this picture of me that we all thought was super awesome, so I had to send it in. I thought it would go in Mail Drop, so when it was on the cover it was such a surprise! Nobody at Thrasher told us it was happening. You’d just like go to the mail, old school, and you see your little brother’s art on the cover. All my friends got it, too. So we’re all just completely freaking out—literally jumping around outside! But after my mom saw it, she called the High Speed office screaming and yelling because they didn’t send my little brother anything for his work. A few months later, they bombarded him with a giant box—magazines, sweatshirts, hats, stickers. We still have a lot of that stuff today. Everyone in the office signed a copy and I framed it for Sean. He’s still got the magazines! Sean is now 34 and an electrician. Believe it or not, he was never a skateboard kid, but his big sister was. I still love it, but I stopped skating shortly after, around ‘94 or ‘95. You know, you’re off to college, you’re driving everywhere and you don’t want to have a scab on your face when you go to work anymore. Your magazine was very influential and impacted my youth tremendously. As far as Sean, he thinks it’s so cool that people are still talking about his cover —Jen Rylski 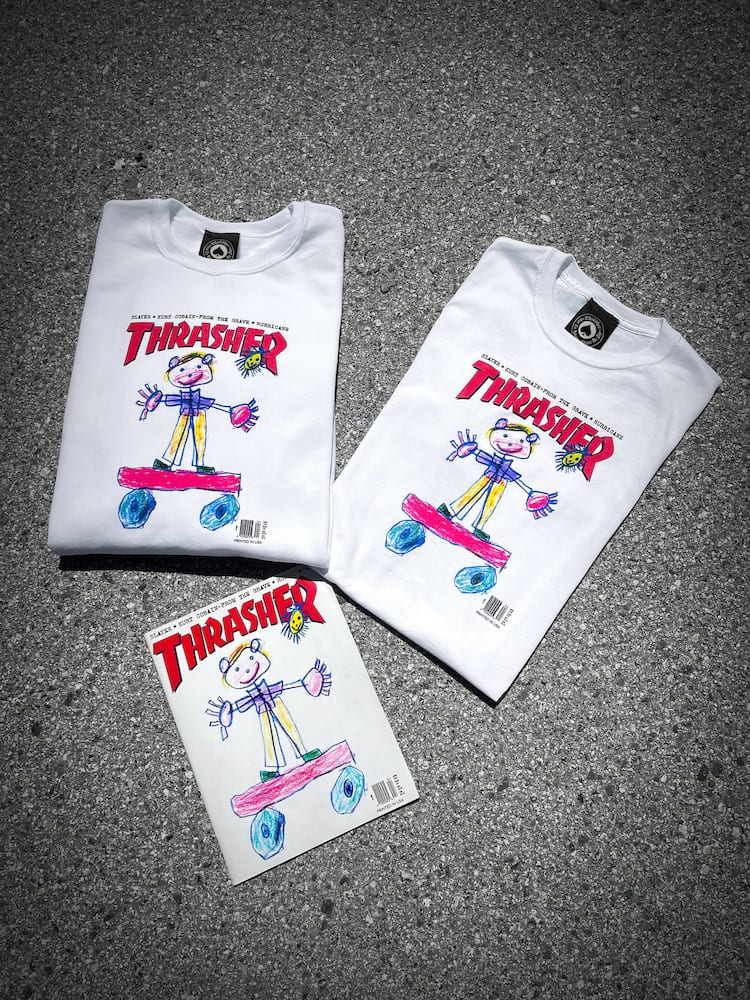