Jeremie Daclin skated for New Deal in 1991 and founded Cliché in 1997. Below we interrogate Jeremie regarding the changes he's seen over the life of Cliché and the thinking behind the brand's 6th title, Bon Voyage. –John Rattray


What are the differences between filming for Europa (Cliché’s first video) and filming for the latest video Bon Voyage? For example, how far did the teams range geographically?
It’s not about going very far, it’s more about the essence of skateboarding. We all traveled a lot but it was more because the team is now all over the world (Europe, Oz, USA) that the concept of bon voyage means a lot. Bon voyage means travel well. This is more the concept of the video because now the team is worldwide.

How much travel did it take to get Europa made vs getting Bon Voyage made?
It’s hard to compare cause at the Europa time, traveling was not the same vs today. No GPS, no cell phones, no Internet. Traveling was much harder and it was a real experience. 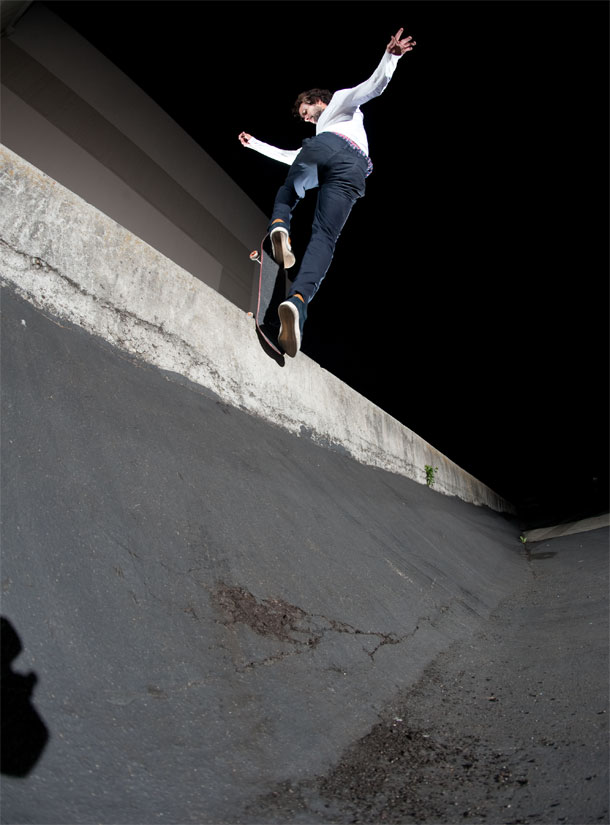 Okay, who filmed the majority of each?
Bon Voyage is filmed and edited by Boris Proust who started as a flow rider with us. He was doing the tricks as fast as he can to film the others. He is very good and he is one of the most hard workers that I know. So, he filmed 80% of the video. Back then it was more freestyle and everybody was filming. I was filming a lot and Pontus started filming. It was the good old days.

What were the timescales involved? I mean, how long did you guys film for Europa vs Bon Voyage?
It was the same timescale. Filming a video always takes the same time, between five years to one year, but both of them were made in two years. The difference is the impact of videos. In 2000 videos were watched for about one year. Nowadays a video stays one week.

What was better then?
Less videos in one year.

What was worse then?
Going through Hi8™ or DV tapes I guess.

What is better now?
Quality.

What is worse now?
Music clearance! 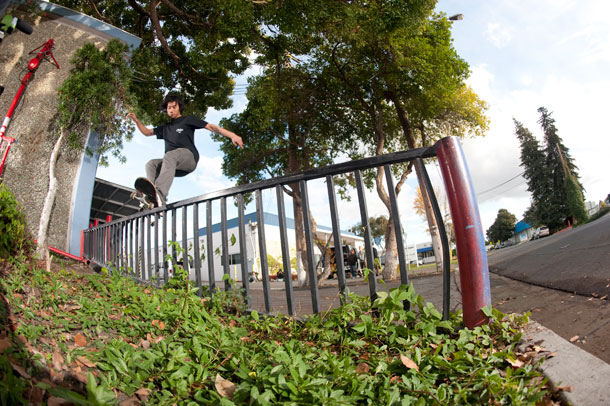 Is there a heavy travel theme in Cliché’s Bon Voyage?
Sure, team on the road, good times, and getting on a plane.

What was your most special voyage taken with the team during the filming of Bon Voyage and why?
I don’t know. Every trip can be special. You can travel far and only go to tourist spots. Traveling is taking risks and taking risks makes it special. Going back to the Grand Canaria with Kevin Bradley. He’s very special.

The video is called Bon Voyage. In English that generally means have a good trip. Where are you taking the viewer?
To get out after seeing the video to skate. We just want a crew to be stoked on skateboarding.

Why?
Because we need kids to skate more.

If you could take a bon voyage anywhere right at this moment, where would you take the team?
I think somewhere we never went ’cause traveling is more to open your mind. Central Africa would be amazing or Iran where we have a distributor.

If Pretty Sweet is a perfect Hollywood 10 out of 10 skate production and Creature’s CSFU exists at a temperature of -666 degrees gnarlitude, then where will Bon Voyage fit on this scale?
We don’t really look to what the others are doing. We do what like and always try to make it different. So I don’t know where you can put Cliché on this scale.

Bon Appetit led naturally to Freedom Fries; therefore, during the production of Bon Voyage what was the best team eating experience?
Pete Eldridge cooked us a feast in Philly. We bought crabs and cooked them in beer. So good! 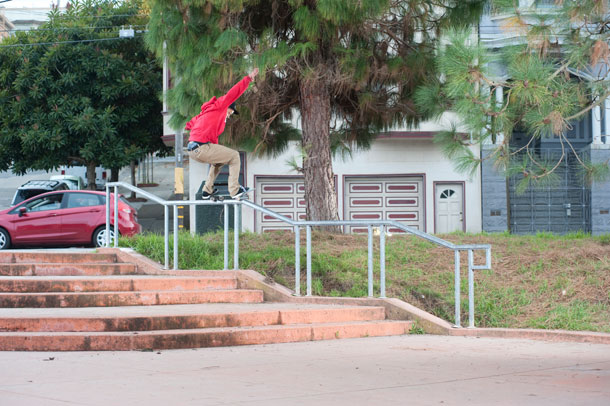 In what respects is the new Cliché video, Bon Voyage, similar to Alfred Hitchcock’s 1944 propaganda film of the same name?
You got me there mate…

If the customary culinary expression bon appétit set us up for the political-gastronomy statement of freedom fries, what then do you predict Bon Voyage will lead to in future video titling strategies?
The titles strategy is simple: use what you like. We love good food so Bon Appetit. Desert Storm was a fucking joke so Freedom Fries and traveling is the essence of skateboarding so Bon Voyage.

Freedom Fries was released around the time that those bizarre frat house humiliation rituals at the Abu Ghraib facility were exposed. Within this context, of US national security on steroids leading to xenophobic paranoia, please explain the connection between Freedom Fries and Bon Voyage. Please state clearly the political message you are trying to convey with the video title Bon Voyage.
Travel more—see other cultures! 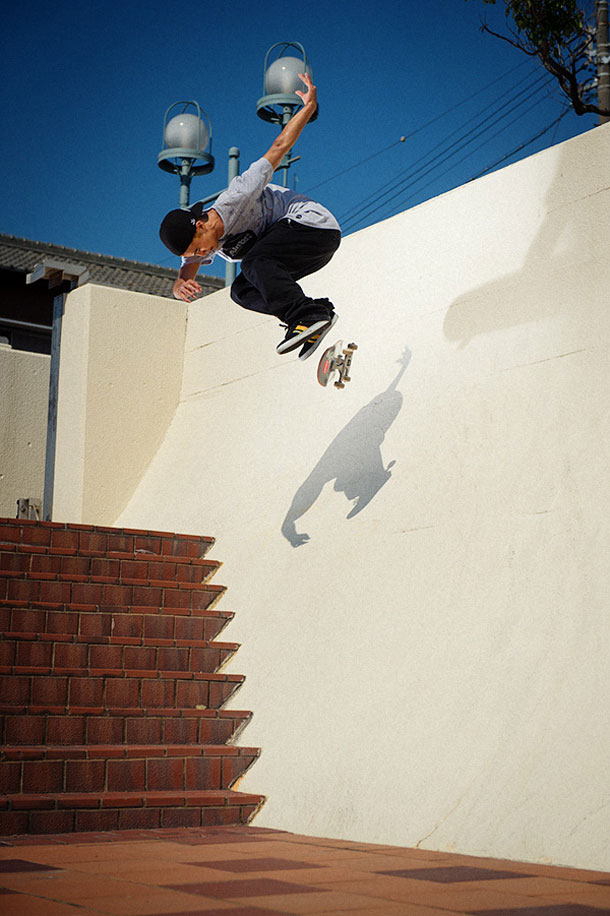 Have you ever been arrested or convicted of an offense or crime involving moral turpitude?
No, never.

What controversy can we expect from Bon Voyage?
Never had any with past videos so hopefully none.

What is French Fred called in France?
Fred or Frederique. 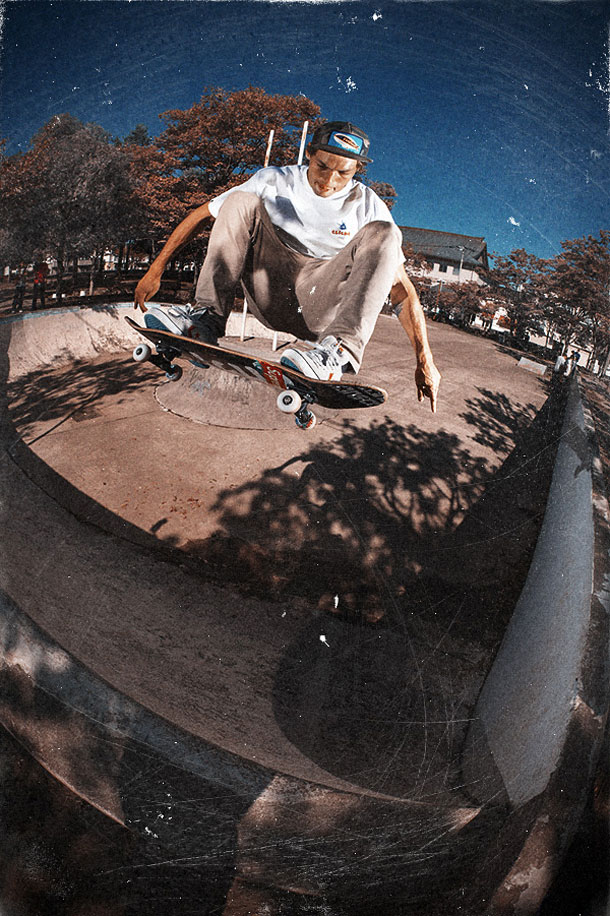 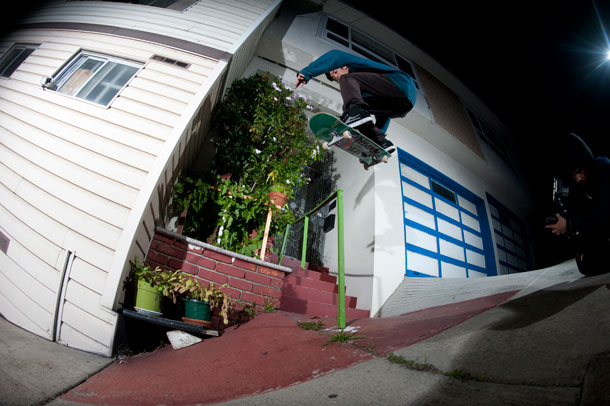 What are your most painful regrets?
It’s too late—c’est la vie!

A little Daclin history: in the song you skated to in 1281 which of the lyrics most strongly inspired you to start your own brand?
Not the song but all my sponsors inspired me to start my own brand.

If you had a dollar for every beer you’ve drank, would you be the president of a bank?
If I had two dollars for every red bottle I’d be chilling.

How has your approach to filming a video part changed and evolved since you filmed the 1281 part?
The 1281 part was filmed in one day so it’s easy to have changed my approach of filming.

In 1998 I tried to boardslide that round-topped hubba at Bercy. I went full-speed, full-commitment. My wheels locked up right at the top and at that moment I was hurled on a journey. “Bon voyage!” The cruel Hubba whispered as I Supermanned, screaming, down, down, down to crunch on the cold, hard, granite floor. Sideways I slid, like a poor, innocent, scorpion kicked by a giant gravitational boot. I think JJ Rouseau was there. You handled that ledge in Europa. Your wheels look like they stuck too but you were prepared. Tell me the story of your journey to and subsequent victory over that spot.
I heard the story from JJ Rousseau. In fact I did it two times. The first time I was only with B. Debert and he fucked up the photo so I had to come back a few days after. I went back with a filmer and Debert and I did it regular and to fakie but we only used the regular one. But I don’t know–I always liked virgin spots, hahaha.

How did the process of getting that trick (and other tricks; in Bon Appetit for example) help you prepare for the short film at the intro of your Freedom Fries part?
I never focused on all my parts. Since the beginning I always wanted to take care of a company or a rider more than my pro image. Getting a trick for myself was coming after the riders from the team. But I always loved to make some short films and that’s why we made this intro Escher style with the never-ending stairs.

Tell me the story of the naming of the brand Cliché.
The name comes from my love of photography. In French cliché means shooting a photo. From skateboarding I was chilling a lot with photographers and skateboarding comes with photos.