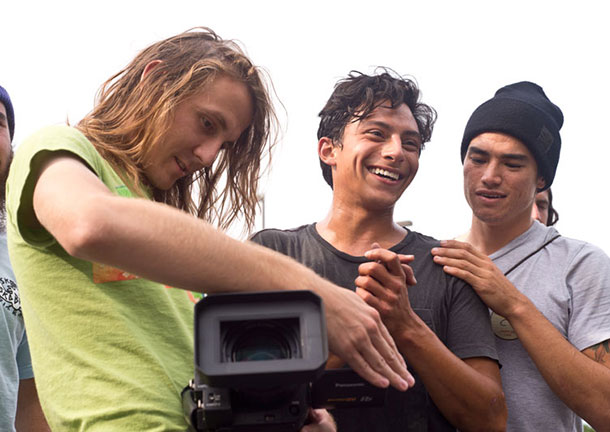 Where are you from?
Louisville, Kentucky

Full Mexican, Half or 1/8th?
Not quite half Mexican but Native American and a mutt on my dad's side. I'm American dude. 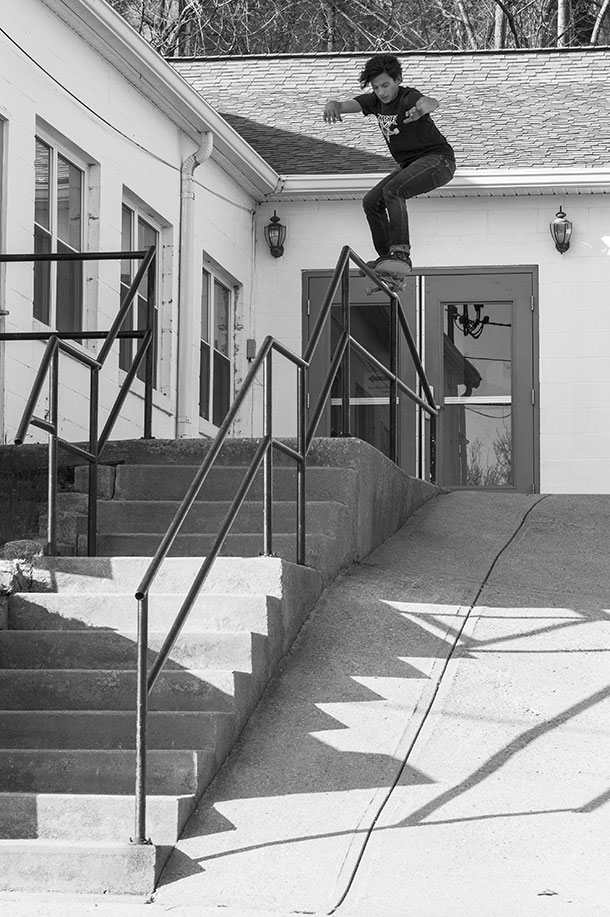 Your Hulk Ripps video part rules, so we used it as the Foundation welcome to the team part as well.
Thanks! I'm just stoked to be with a such a rad group of dude and managed by the best dude of all time.

Ha!  I heard you threw a party a few years back when you got in Thrasher's photograffiti?
What?

That's what I heard.
Is that made up?

Yeah I made that up.
Alright, I thought so. 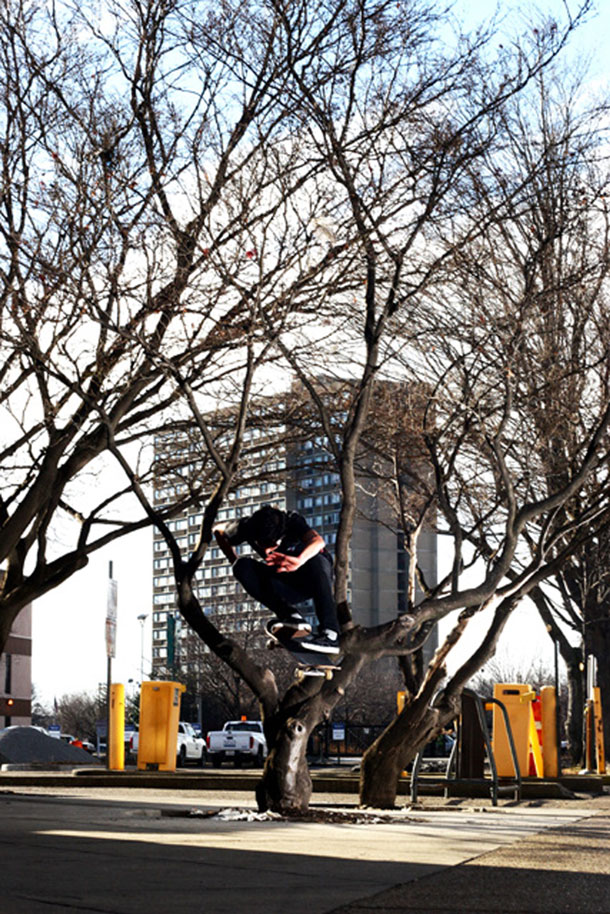 Thread the needle. As seen in Photograffiti. Photo: Jordan Ayne 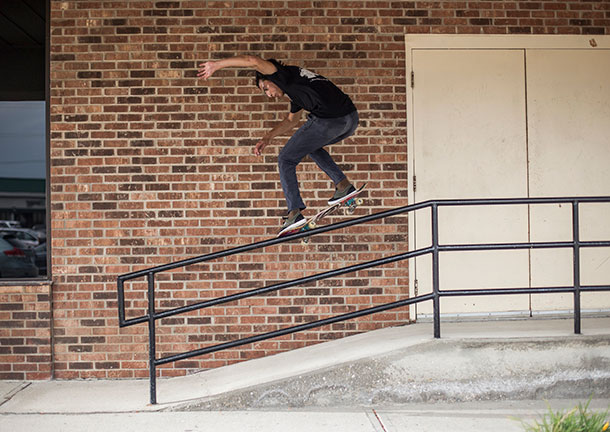 Were you stoked to be in Photograffiti.
Hell Yeah! to be in the Bible. It's set in stone!

That was your first published photo?
Not my very first in a magazine. I had a photo in SLAP that my friend Andy Collins shot when I was 16. Then made I Photograffiti after that. 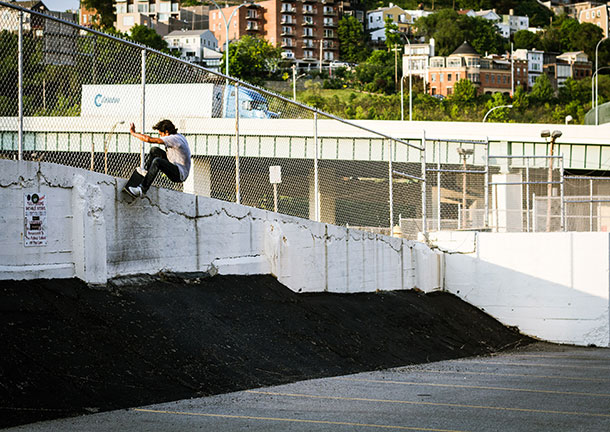 How long have I been flowing you?
I think I've been getting Dekline's for like three years and Foundation boards just this year. Maybe's it's been in four years with Dekline I'm not too sure.

Why did you never use to call me for shoes?
Oh man. Good questions. I'm stubborn. I don't like to ask for products. I'm not entitled to free stuff. Skateboarding doesn't owe me anything. Plus, you are not very easy to work with.

What did I do?
I just made that up. 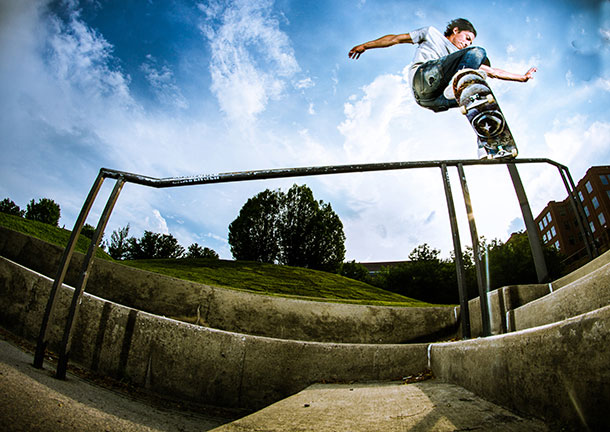 I thought you quit like three times over those three years of flow.
Nah, I just make those shoes last me. Dekline Footwear makes quality shoes. I didn't need that many.

I forgot about you until Paul Zitzer's wife called me a yelled at me for not taking you serious.
I heard about that. Yeah I guess Renee had my back which is cool.

She just kept telling me how good you were, I think I told her I was scared off by your ponytail back then.
Oh god. Shit. I never had a ponytail. 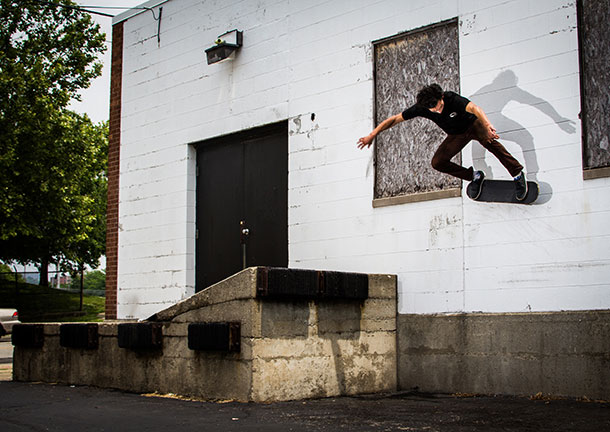 Bullshit, you had a baby one.
Uh, I guess I was trying to have one at some point.

Is Foundation why you cut the pony?
Um.. Why did I cut the pony? I think it just got too humid out here so I had to set the pony free.

Are you glad you didn't run a man bun with a beanie in that heat?
Yeah, I mean the beanie with long hair is a little redundant. Beanies in the summer don't make much sense out here for me. 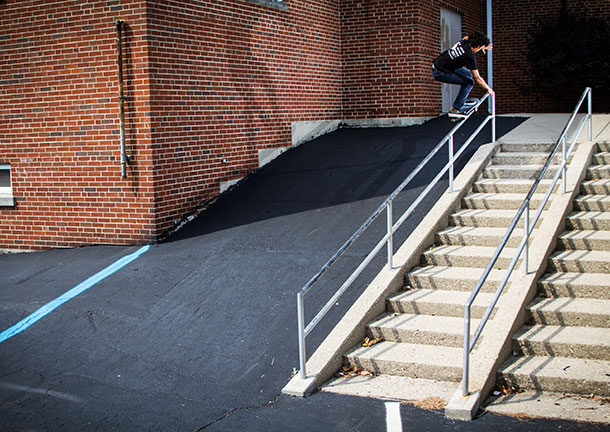 How long have you had a drinking problem?
Since I moved to Louisville.

Why's that?
Most of these people are bored as shit out here. I don't know man it's just something about Louisville.

Do your eye usually bulge out more when you drink?
God dude.. fucking crazy eyes here. I'm like a kid in a candy shop when I'm with the team. I'm just really stoked so that's why they bulge out so much.

What's this I hear about you tickling and kissing Aidan Campbell?
He had it coming. Aidan tried to wrestle me and I defended myself with kisses. It's a good defense that usually stops anyone. 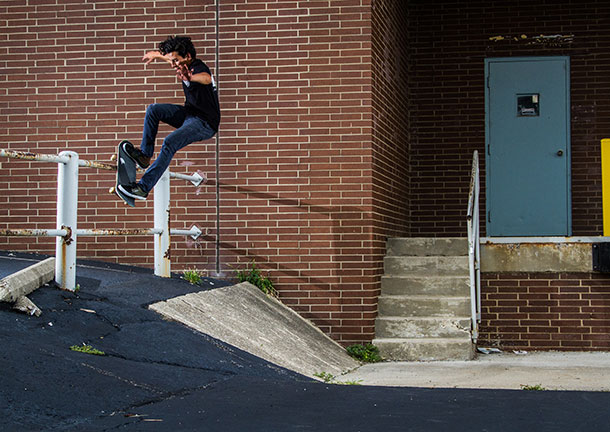 You might sound crazy to people reading this but I see you as one of the most normal guys on the team.
Yeah, I think I fit in pretty well. We are all a little bit crazy I suppose.

Is the Foundation team that fucked?
We're all fucked.

Who are you tightest with on Foundation?
I'd Say Don and Joey but since Don is just the filmer it's Joey Ragali for sure.

Your Hulk Ripps / intro to Foundation part was all VX, do you prefer VX or HD footage?
Man that's a tough one. I prefer VX just because the way it looks to me. Like when you put VHS to DVD I just like the way the tape looks. 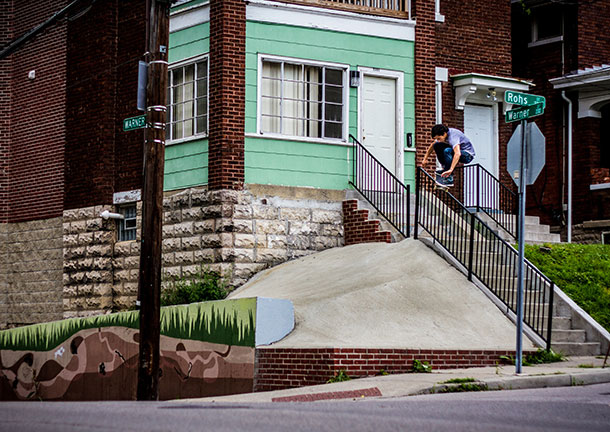 Plans for 2015?
Move out west, go on some trips with you guys and work on a Foundation video. Just having good times with my friends.

What did you do for work living in Louisville?
Restoration work. Basically cleaning up people's shit water in there basements and demoing people's houses that caught on fire.

We'll those days are over Cole. Welcome to the team!
Hell Yeah! I hope this interview helps sell skateboards. 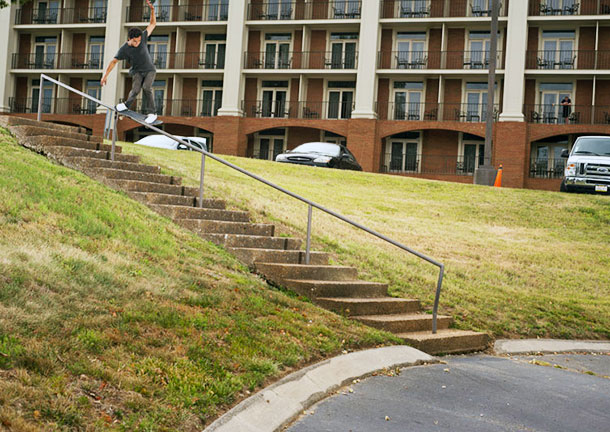