I went to Japan with Thrasher in 2001. We took a 24-hour ferry to the north island of Hokkaido to camp, BBQ and skate an epic park called Mikasa. Upon returning to the main island we got a random tip at a skate shop of another forgotten spot. A two-hour taxi ride later and we were sessioning the Annaka keyhole bowl with the best pool coping—aged and weathered for years with hardly any grinds.
Both of those spots were semi-remote and completely unknown to the larger skate world, but they had been there for years, mostly lying dormant. It makes you wonder what else is out there.

Every place has its own version of skating. The network of spots, skaters, shops and magazines all combine into a unique character. Denmark has Alis and the Christiania bowl that shaped the scene. Barcelona has Macba and Sants. Go to New Zealand and you'll hear about Lee Ralph and the snake-run-into-fullpipe at New Lynn. As skaters, it's a great privilege to travel and check these things out—to go somewhere new and meet new people, explore the spots and local mags and learn the particular histories.

Fast-forward 15 years and it was in this spirit that our recent trip came together with a couple groups connecting and each rider getting his own ticket 'cause he was motivated to go and make it happen. We had a good host at Underdog Distribution with a place to stay and two vans for traveling. It felt like an international skate caravan with Team Spain plus Bassturds and Japanese locals rounding it out so there were conversations in three languages and constantly someone fun to session with. "Café con leche after lunch?" "Sí!" "Soba noodle breakfast with fresh veggies and eggs from the backyard chickens?" "Arigatou gozaimasu!" We brought back photos and video and I wrote some haikus about the trip. –Steve Bailey 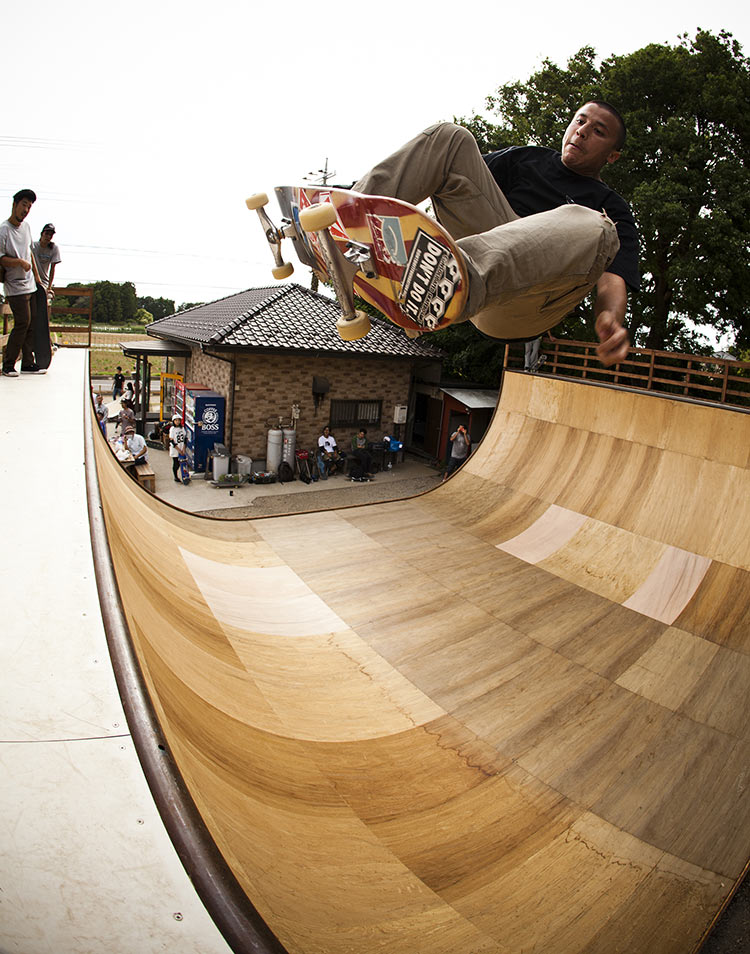 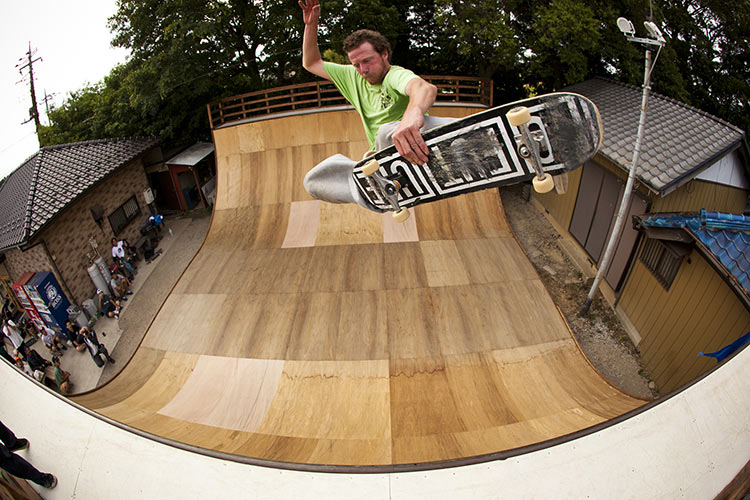 Rie speaks fluent Japanese and often spends three months in Japan until his visa forces him back to the US. He was a key bridge to local skaters and served as our translator 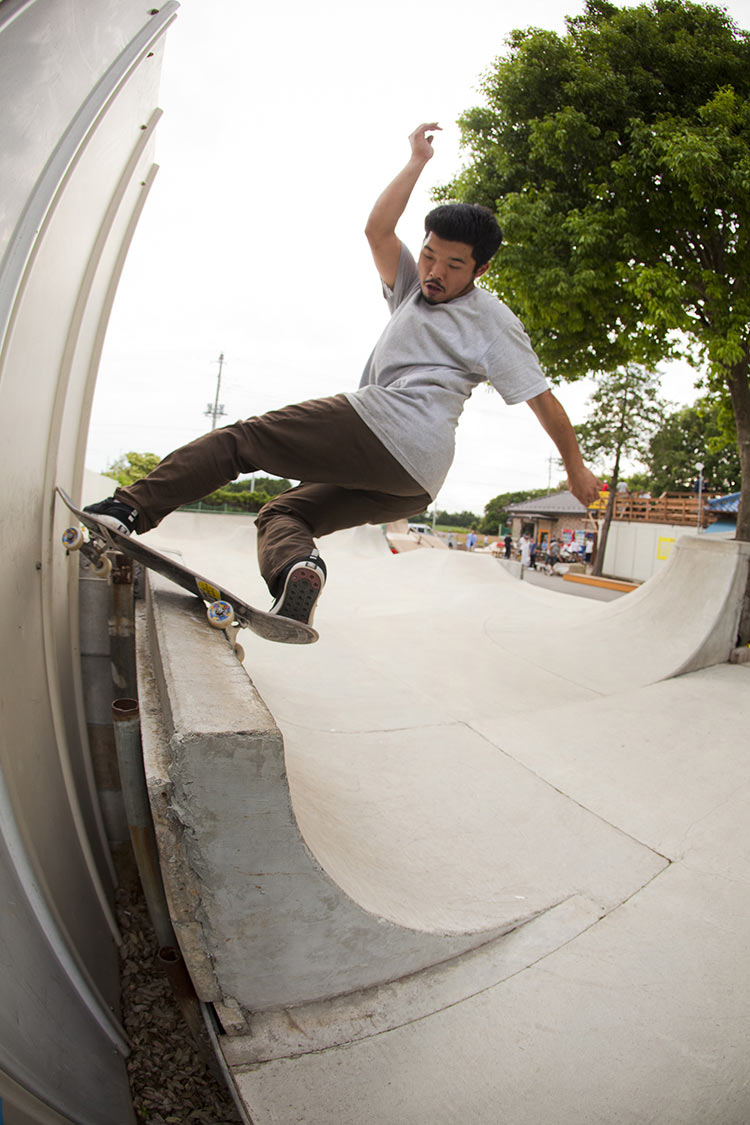 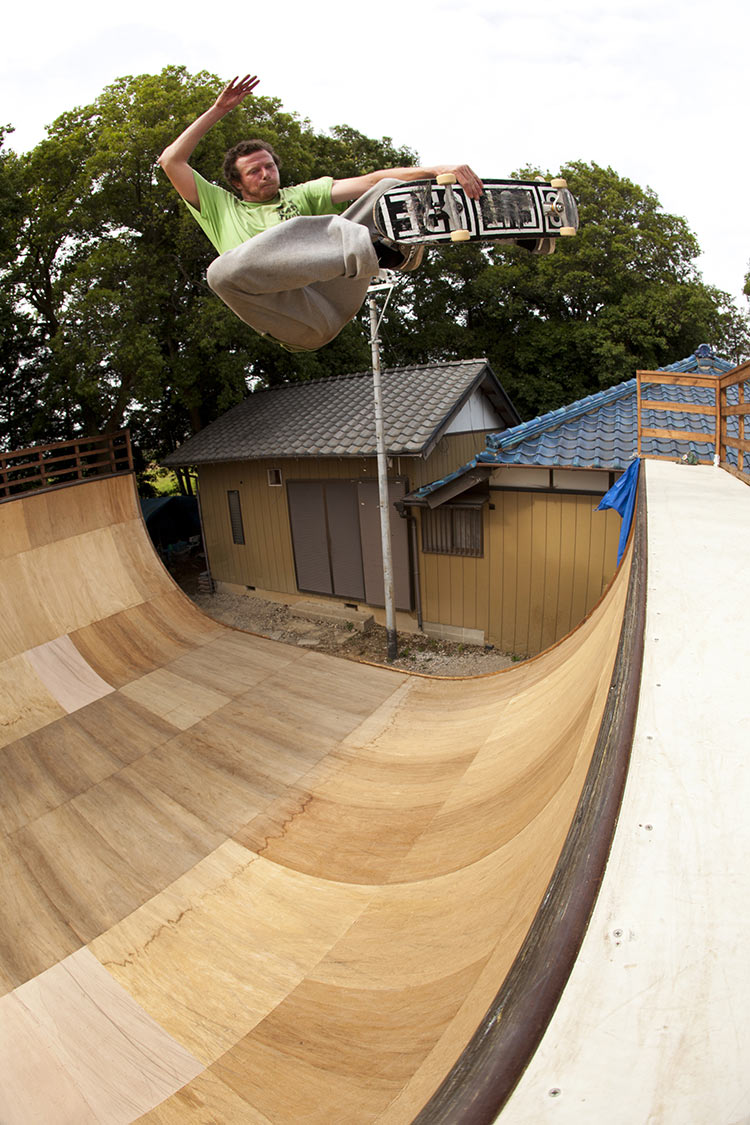 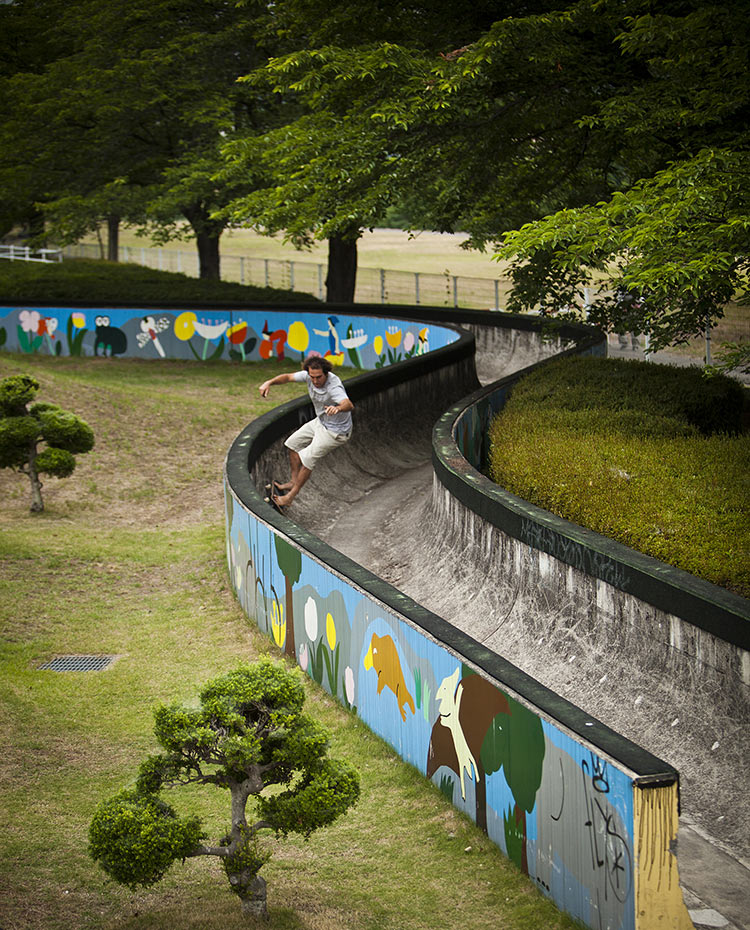 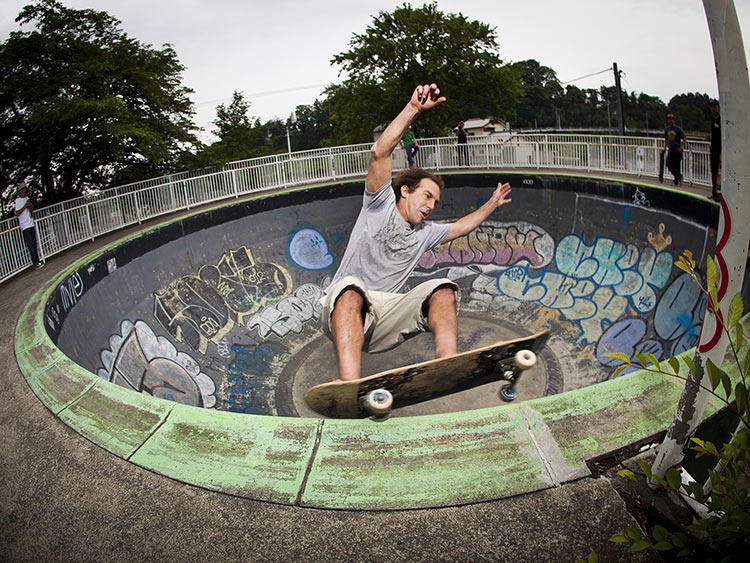 I got a ride to a skatepark with local photographer, Koseki, and had a barefoot session on a little corner with beer-can cement coping. I didn't take my shoes or super 8 out of his trunk and he left without my knowing. Next spot was the big crusty Annaka bowl. At least I had my board— 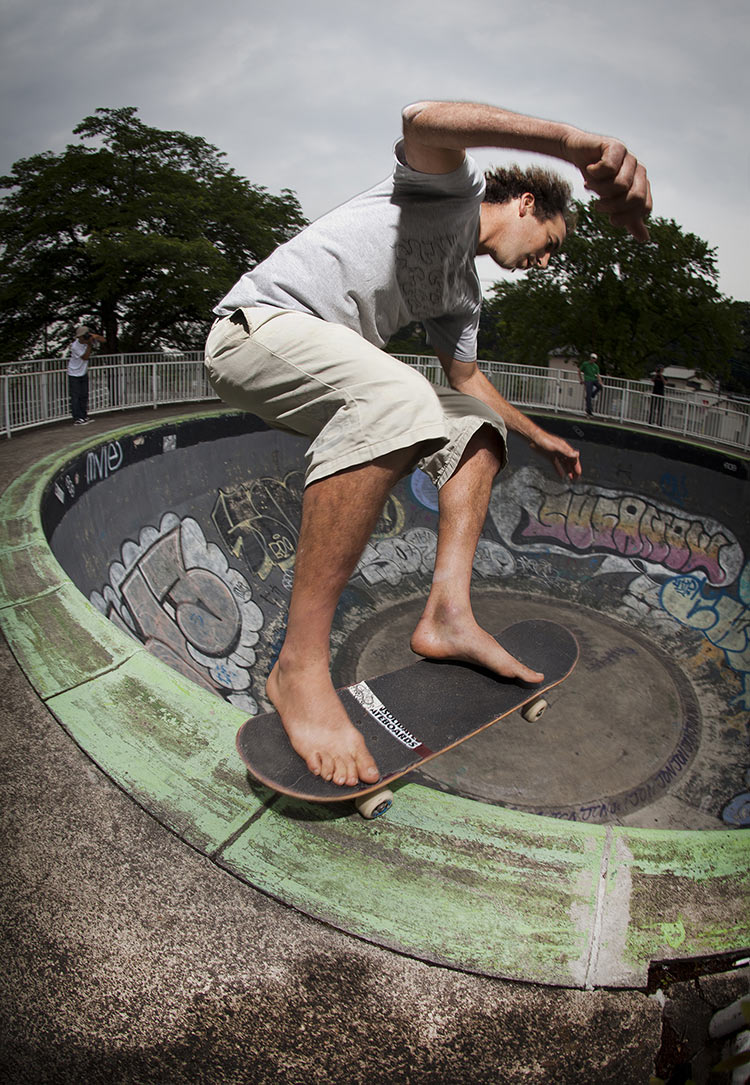 No shoes, no problems. Bailey, frontside roll in 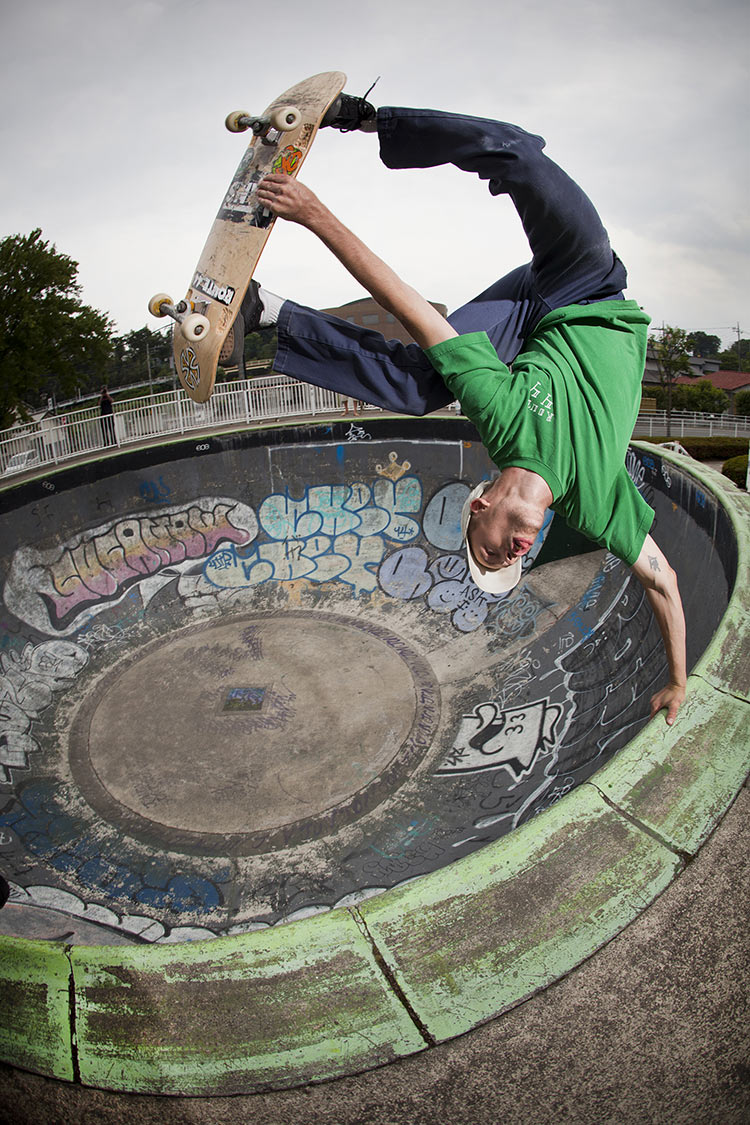 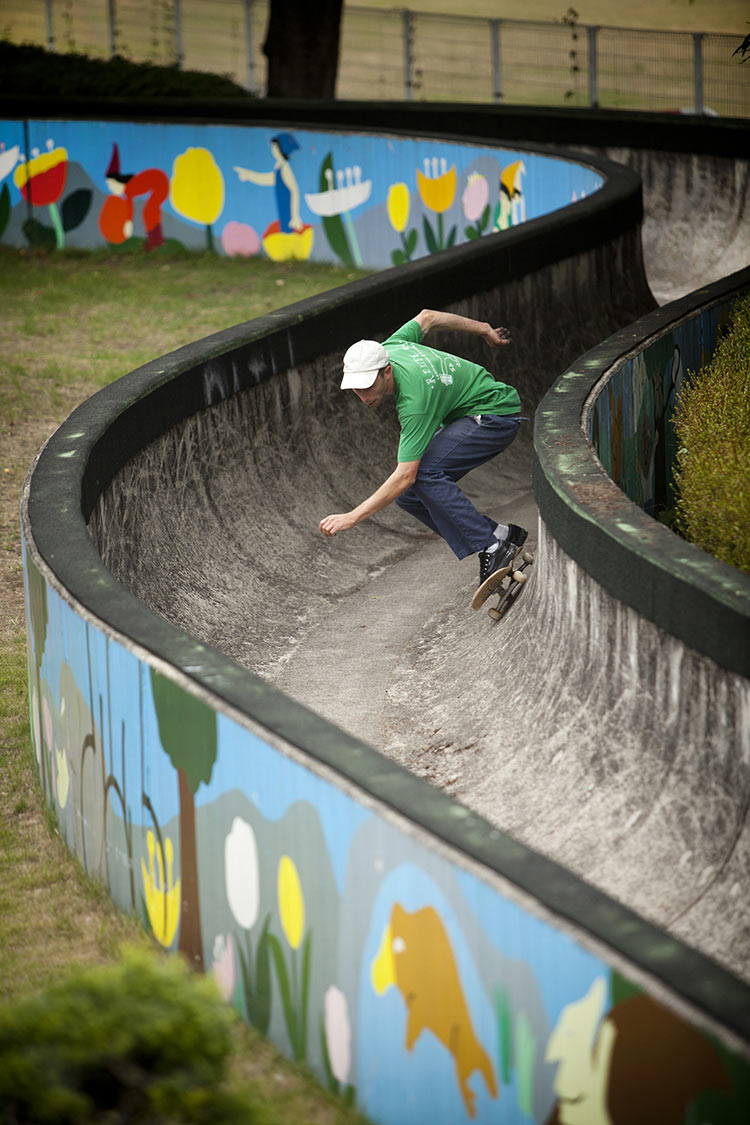 We did a two-day excursion to the mountains of Nagano, where local customs include tandem log surfing down giant hills. The skaters built this DIY. No trout around so Roberto caught a stalefish 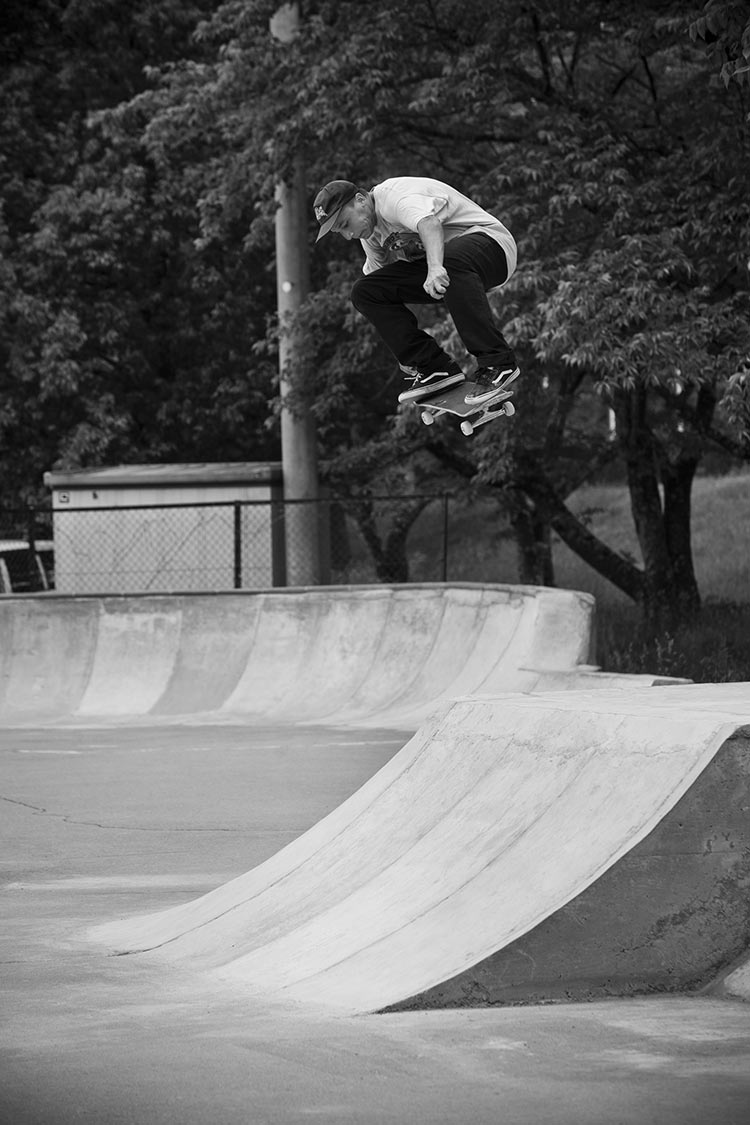 David making use of the new addition at Chino park 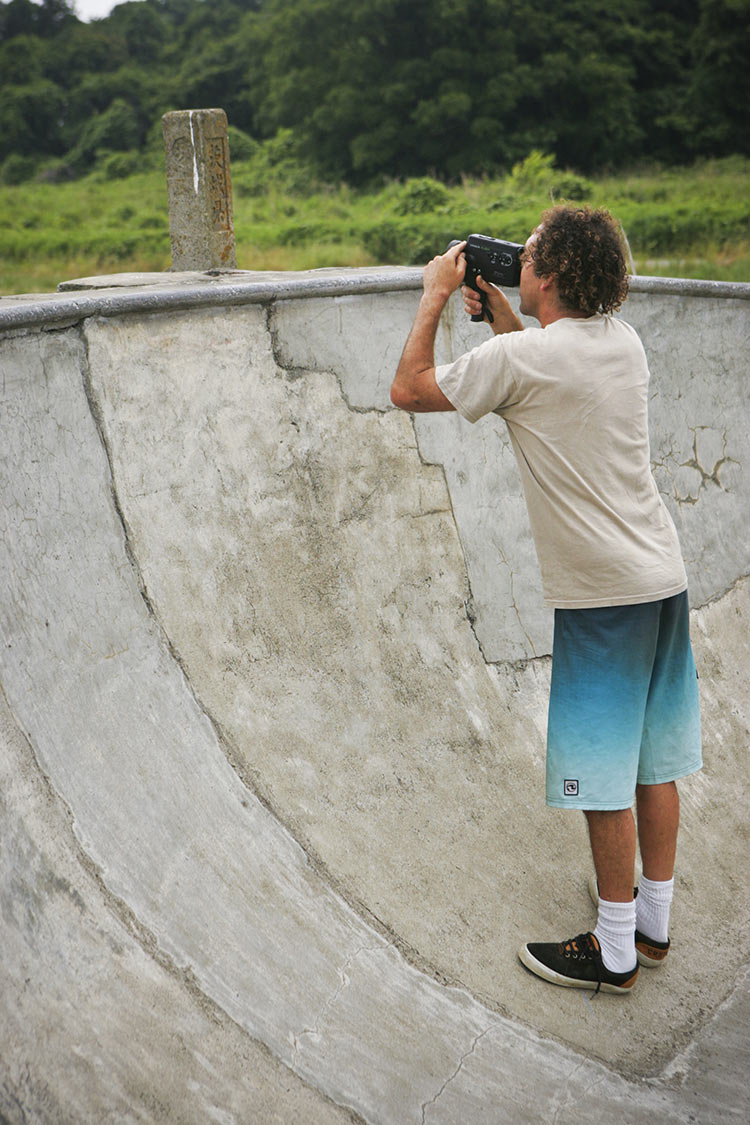 Bailey finally reunited with his shoes and super 8 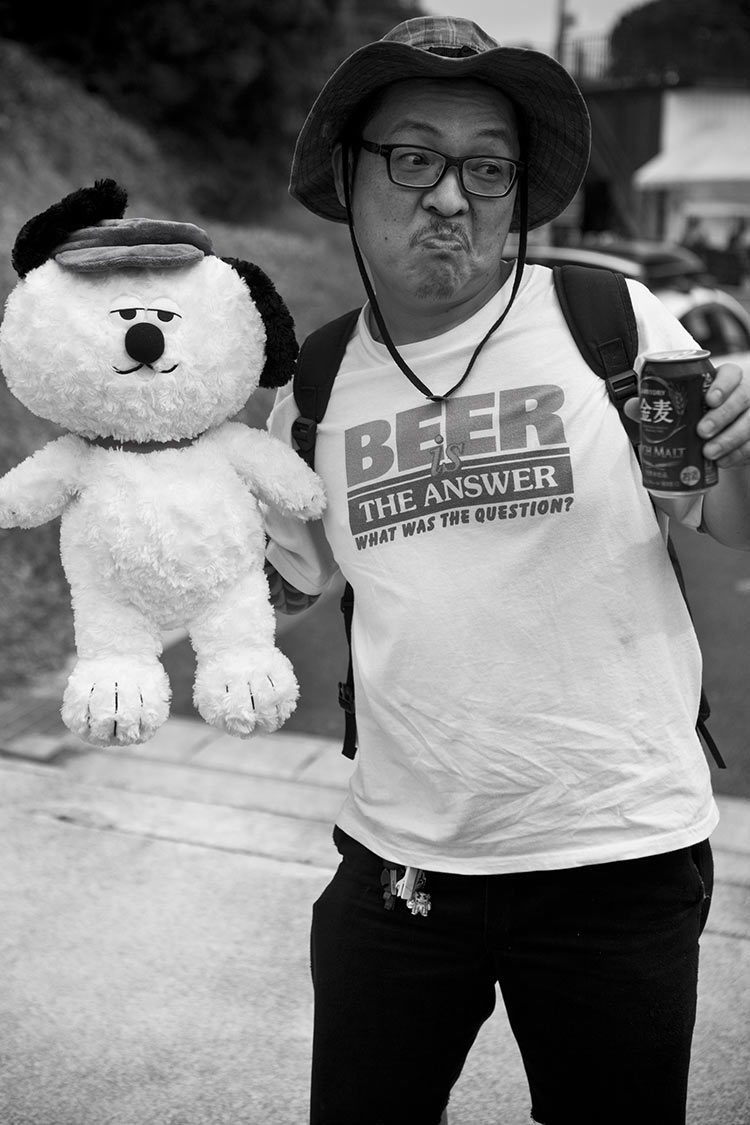 During the downtime we visited the 180-year-old Kiuchi Brewery. There we partook of some world-class Hitachino Nest wit brews direct from the source and received a full-on tour of the operation 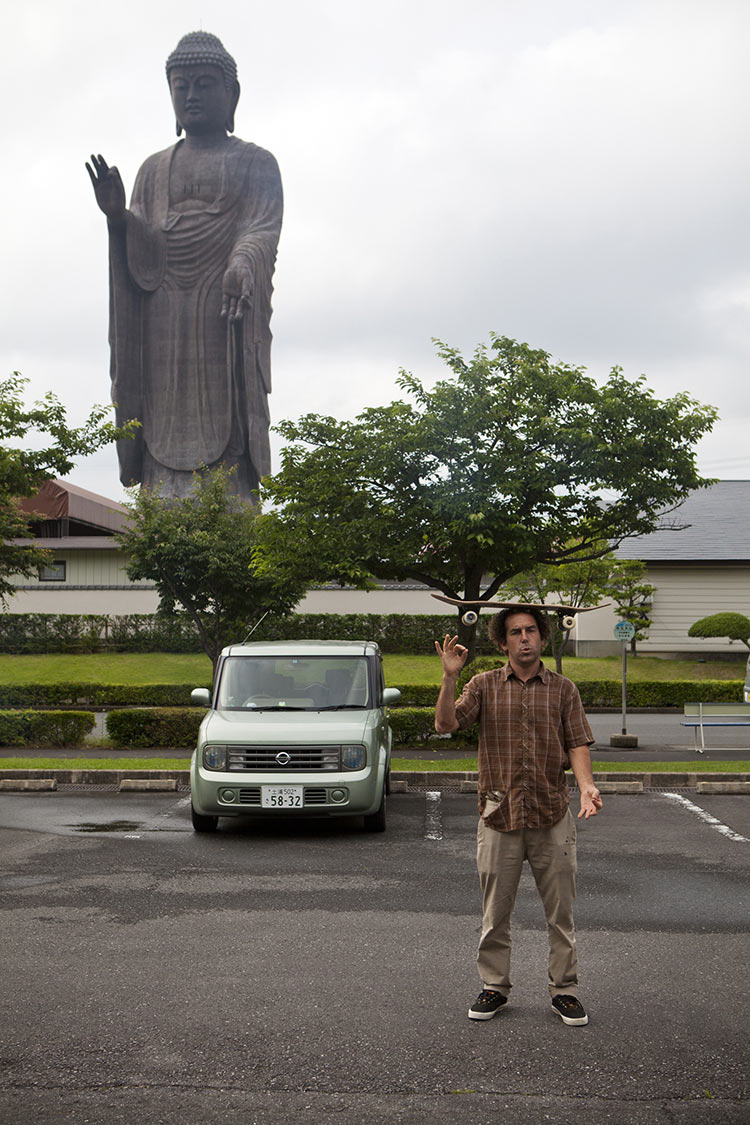 That's one big Buddha. Bailey tapping into the source after we tapped into some beers at the local brewery 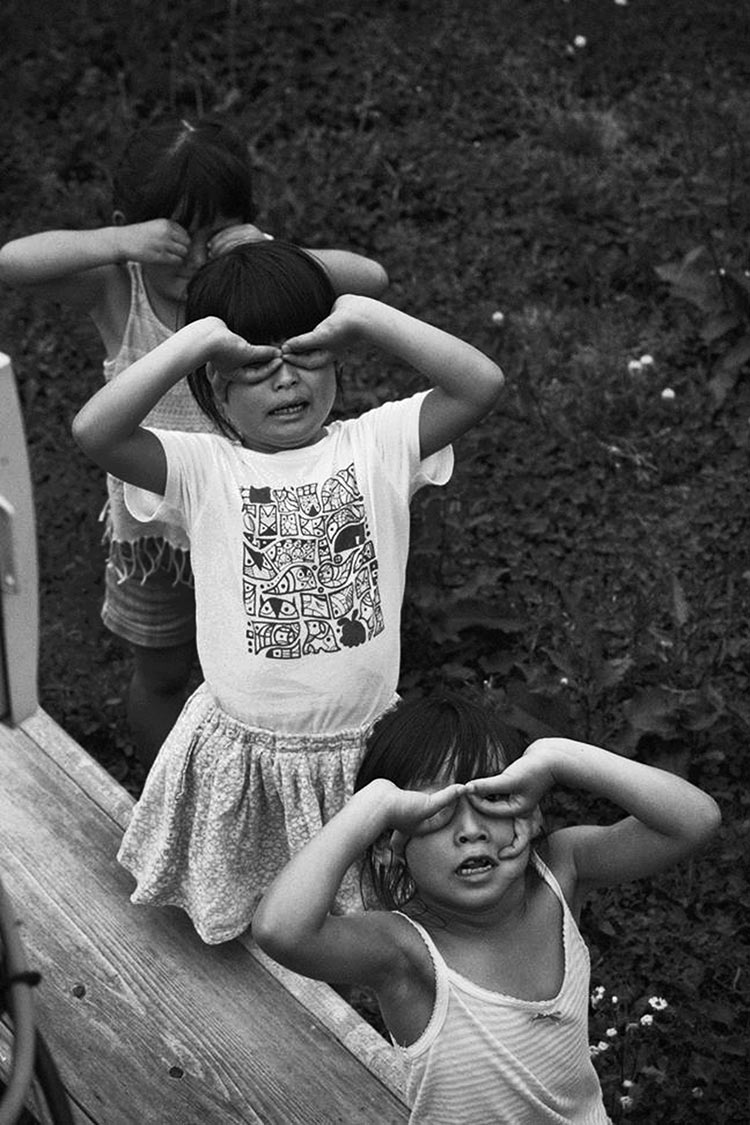 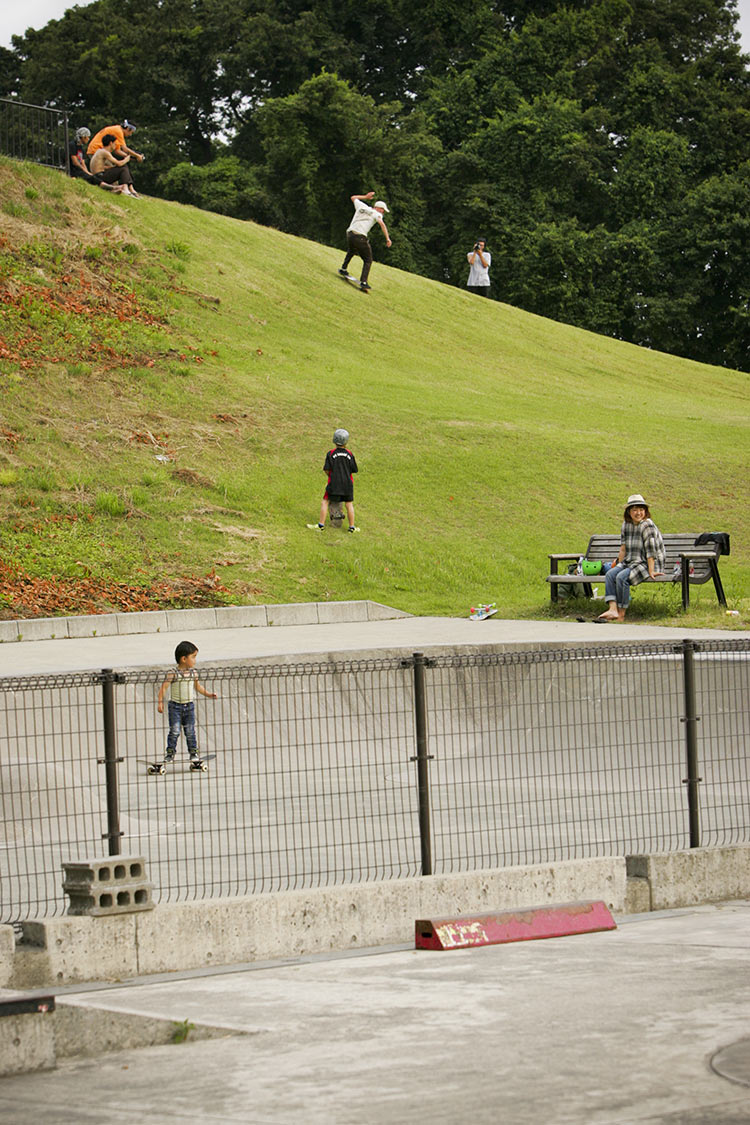 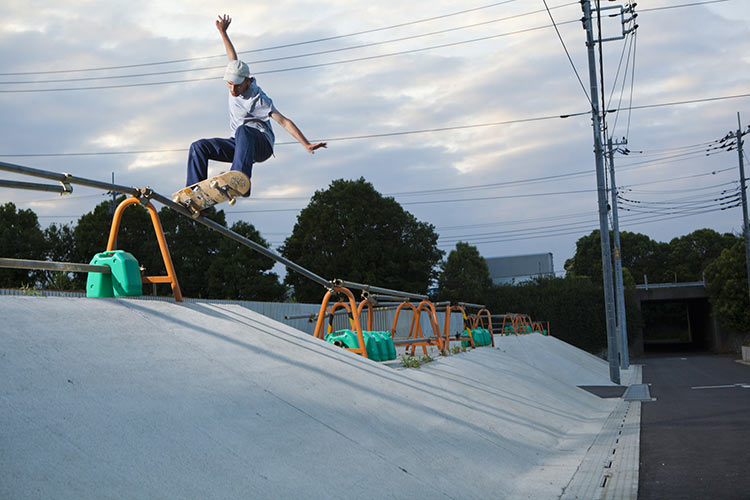 The spot that seemed like it was made to skate. Even the cops agreed. Chris Cope, 5-0 transfer from the deck 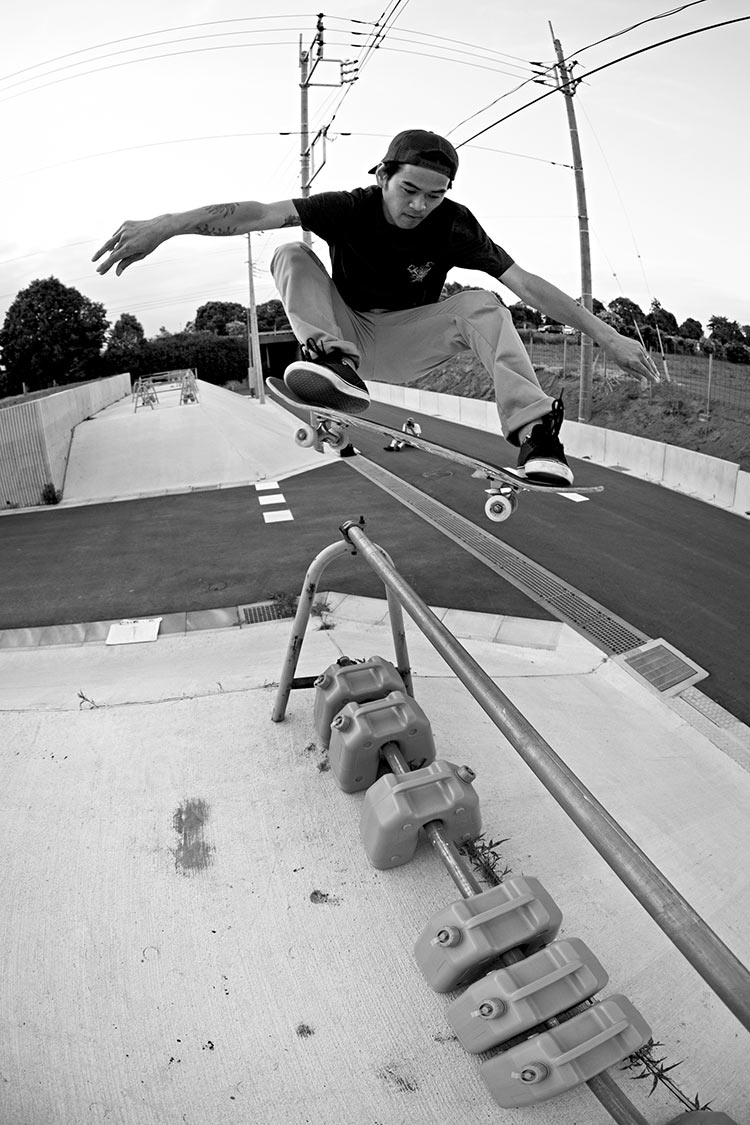 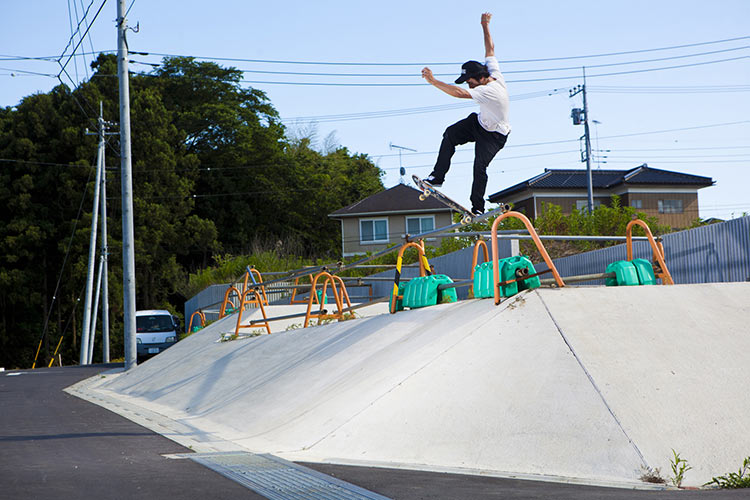 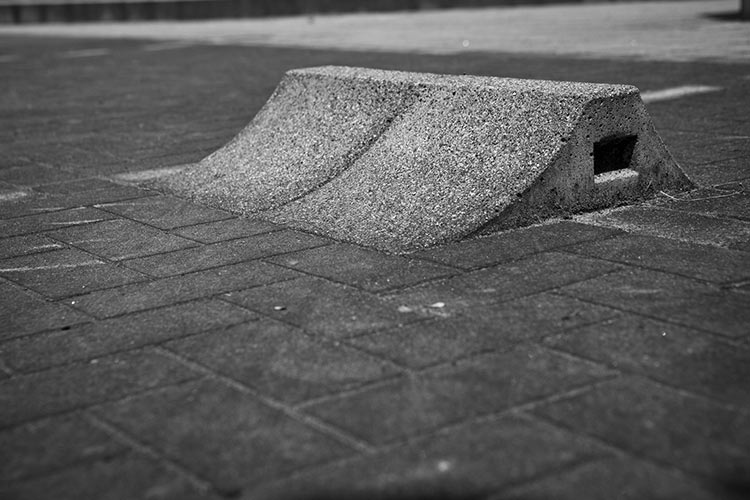 We found our white whale! 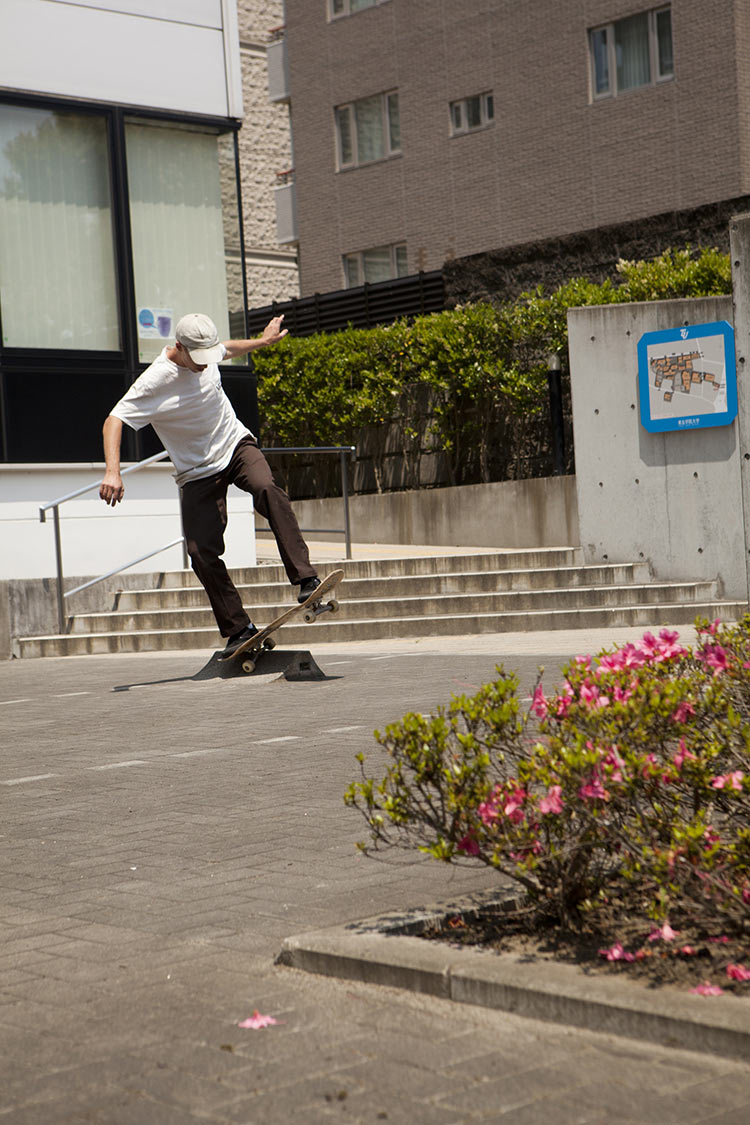 Cope, pivot to fakie at the best spot ever 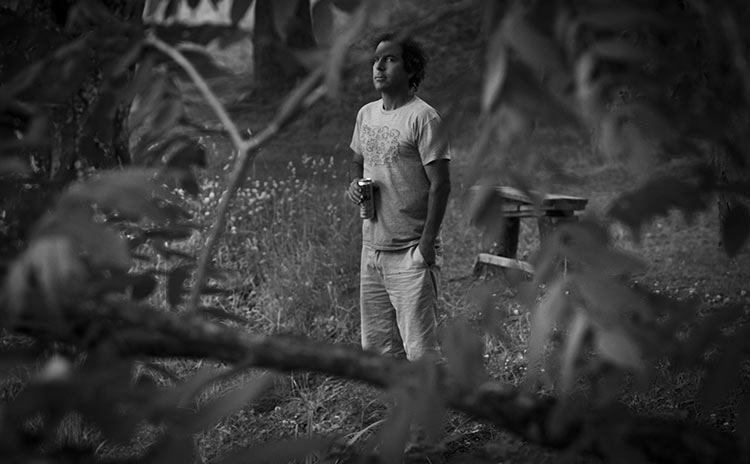 Thanks to Kenji and Underdog Distribution for hosting. Thanks to local, Two, for spot pioneering