Deathwish Has a Deadline Article 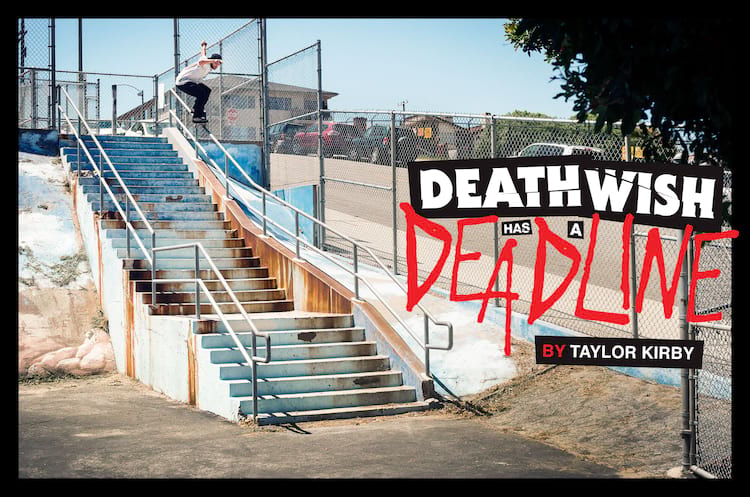 The average rollercoaster ain’t even this big—frontside grinder to hell. Pedro has a Deathwish. Guess we all do      Photo: Burnett

In November 2019, some of the Deathwish boys decided to make a substantial film, and here we are, one casual year later at the deadline. With all international travel plans up in flames, we still managed to do this one the way we wanted. It seems too easy. Just go to the dopest cities within the US border? With our posse? Surprise, surprise—we got a nice little motion picture on our hands. We’re not asking for a trophy, just a ride back to the the top to ride again. 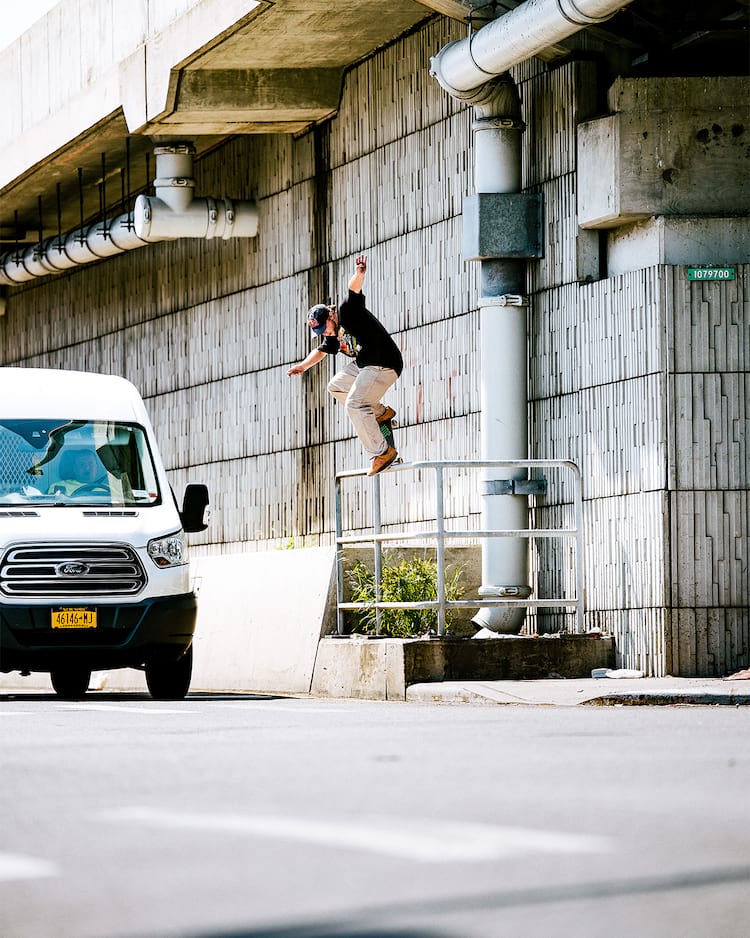 Not quite El Toro, but still a challenging front crook for Jamie. Which is to say it was easy     Photo: Heikkila 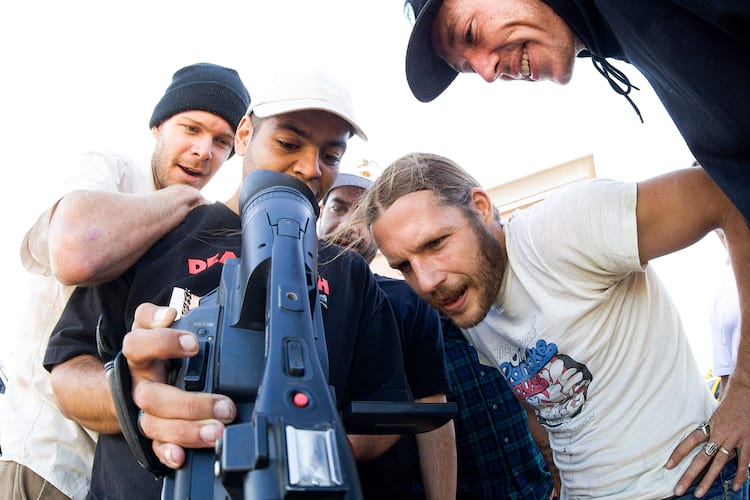 Nothin' beats a footy party in the streets    Photo: Karpinski 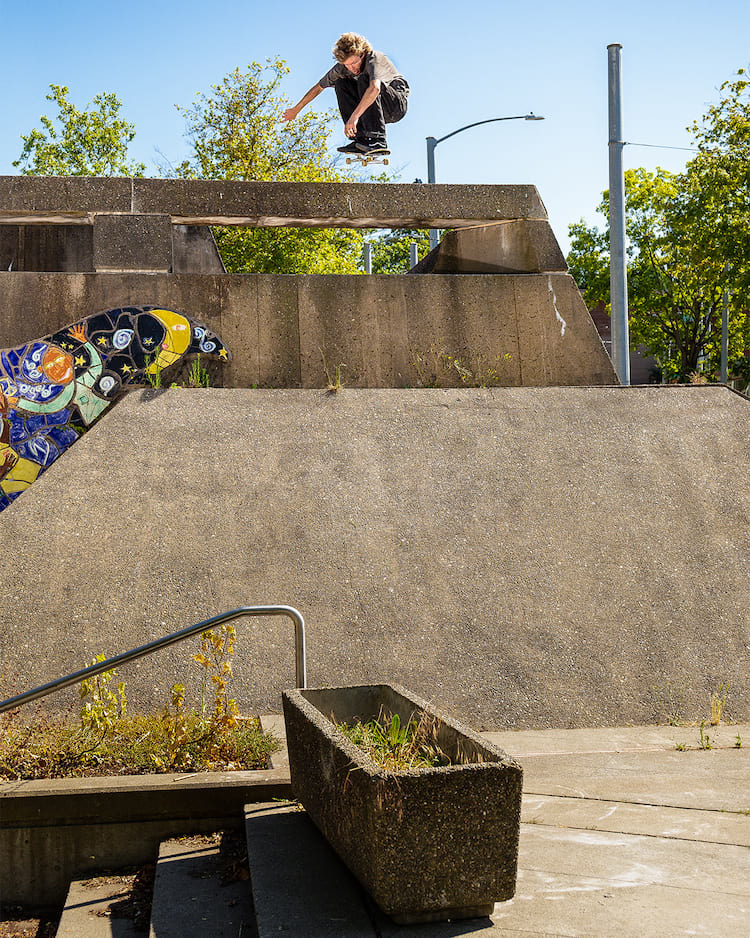 Sometimes I go over the top, this time it was with an ollie at Seattle's Garfield     Photo: Hernandez 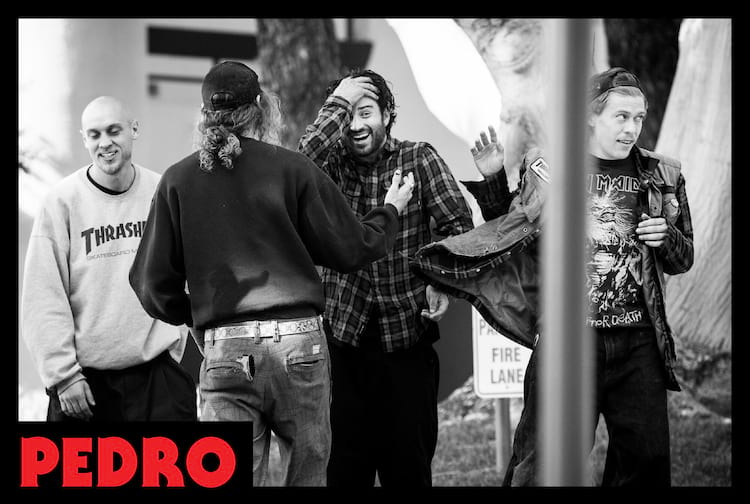 A kid asked me the other day, “Aren’t you scared watching Pedro skate in person?” What little buddy doesn’t understand is that even though Pedro goes fast and has some good spills on the web, none of the slams are completely blind. It’s almost as if he knows when a bad one is coming so he just takes it and moves on. With other skaters, their slams sneak up on them and that terrifies me heaps more. Yes, he’s wild; yes, he’s professional; and yeah, he takes healthy hits, but I’m more scared for the super citizens who try to get in his way. You like that? I get the chance to talk about one of the greatest skateboarders alive and all I do is talk about him falling. Ahhh—just wait for this video. Pedro lands a couple of things that may just change your life. 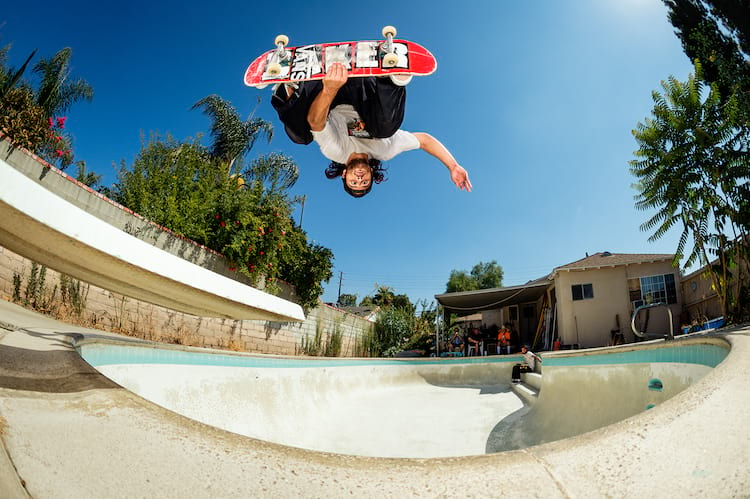 Indy air over the diving board     Photo: Burnett 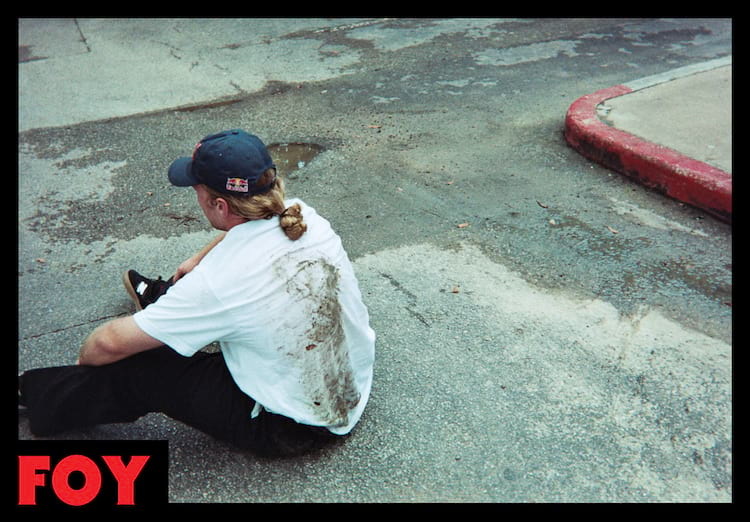 When it comes to skateboarding, this little stubborn ball of skill gets what he wants. I’ve seen it firsthand for years now. Rails? Duh. Transition? He’s comfy. Mannies? Got ’em. Ledges? Easy. His “warm-up tricks” on big rails are unreal. They’ll make you feel like a turd, even if you don’t care about hand bars. And that’s why I think he’s been actively testing Isaac Newton’s first law of motion. Newton stated that a body in motion will not stop unless acted upon by an external force. Well, those external forces that slow me and you down have yet to touch Foy. He has never slowed down—no friction, no resistance. He’s gonna go forever, I guess. Now if only Newton could help Jamie beat me in a game of SKATE. Maybe someday… 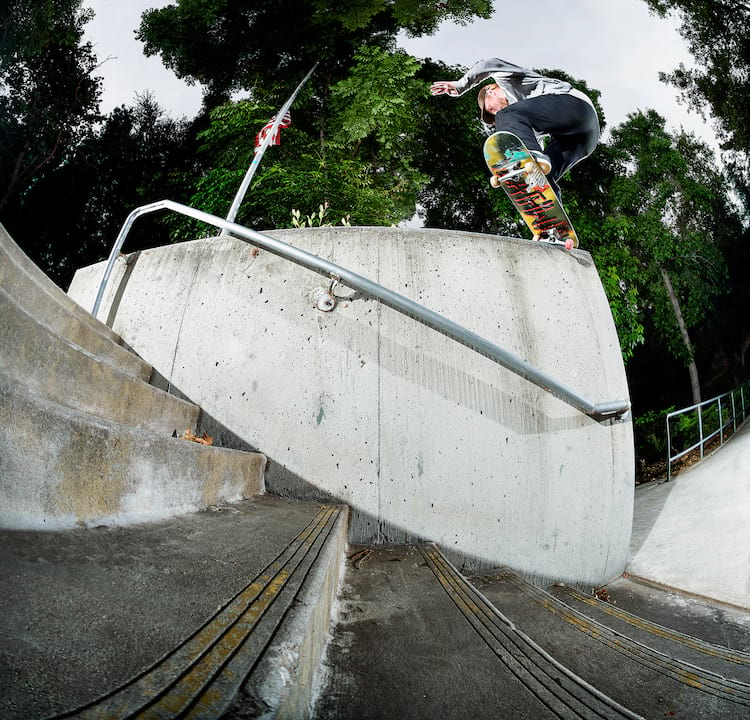 I don’t believe this out ledge had been front crooked, so Jamie did it switch     Photo: Darwen 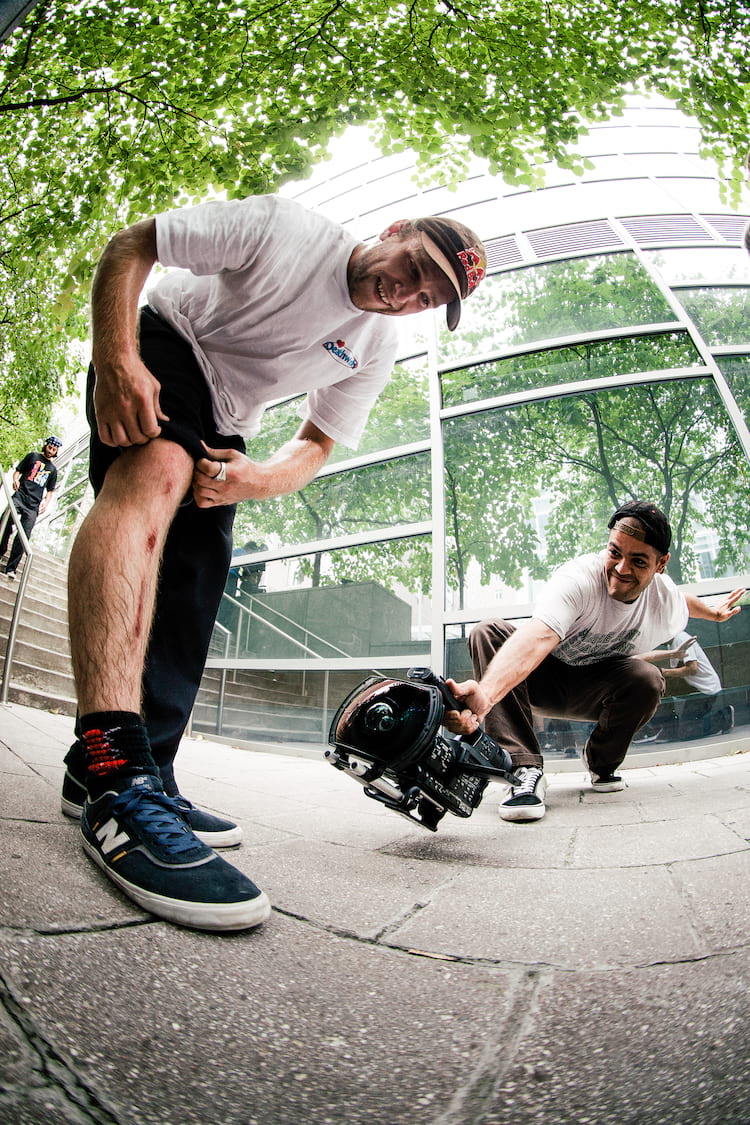 Three shinners for the price of one     Photo: Heikkila

Everyone in New York wanted a photo with Jamie, including this ledge. Back tail 270     Photo: Heikkila 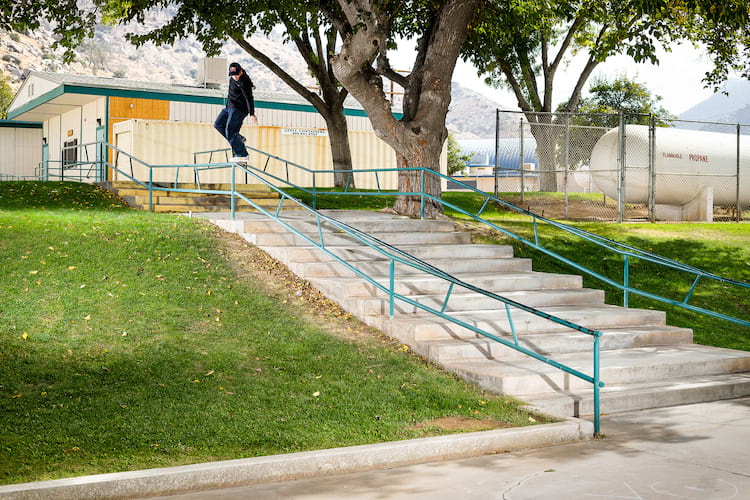 The hell’s wrong with you, Foy?! Nobody was ever supposed to front crook shit like this. Ever!     Photo: Rhino 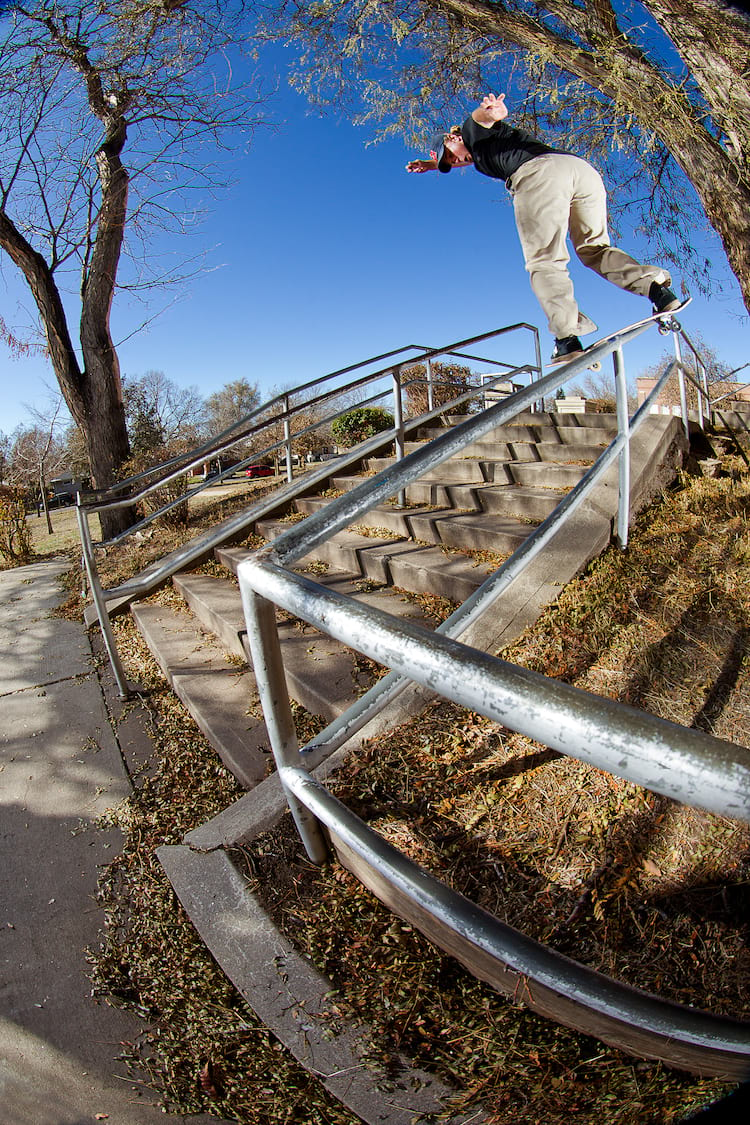 Foy has to find a way to make rails more difficult. Back lip over the foot-grabber     Photo: Karpinski 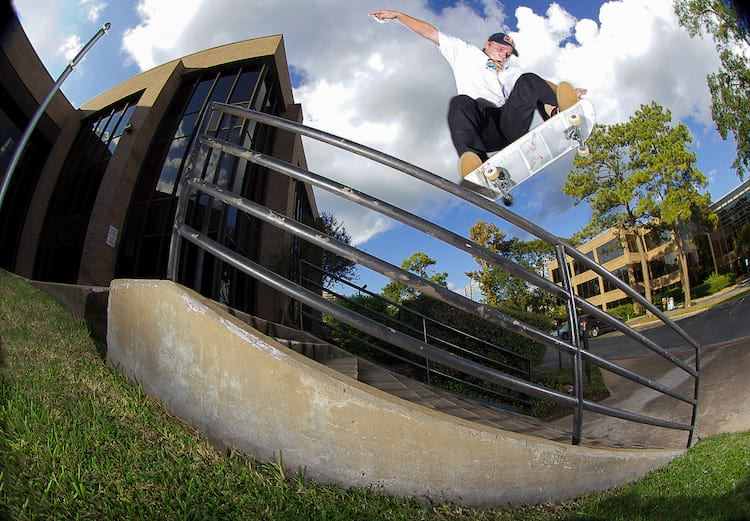 And when their isn't a deadly impediment, he just makes the tricks harder than they need to be. Nollie front blunt    Photo: Karpinski 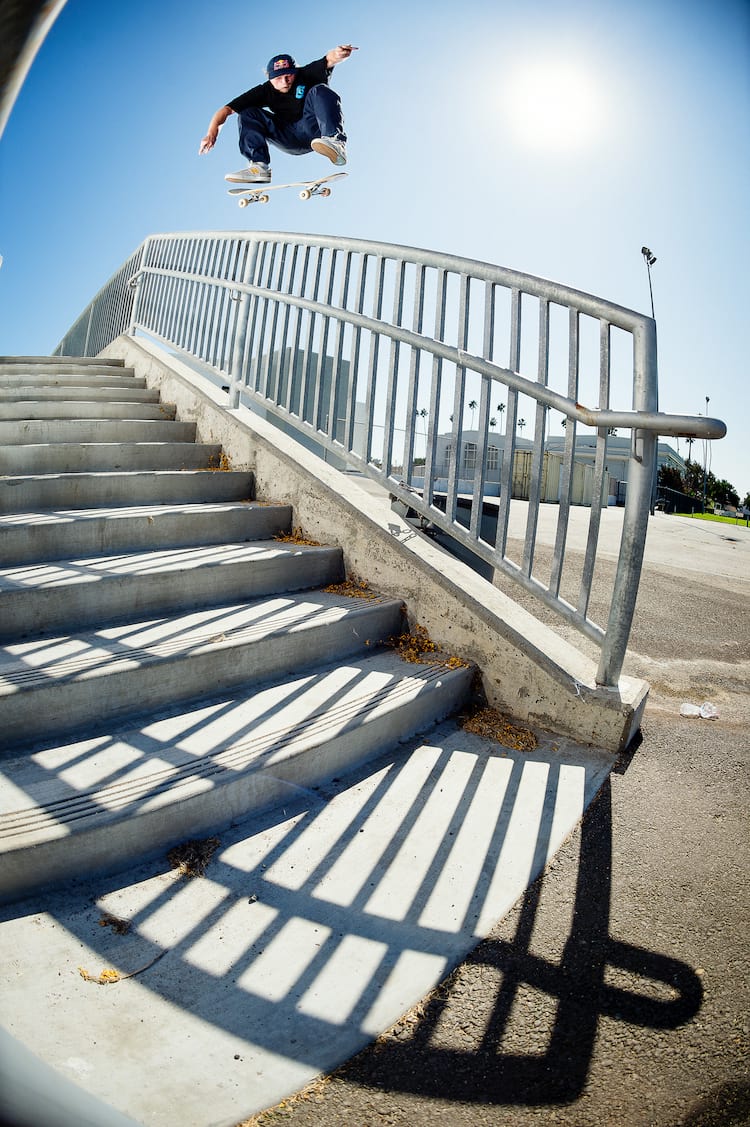 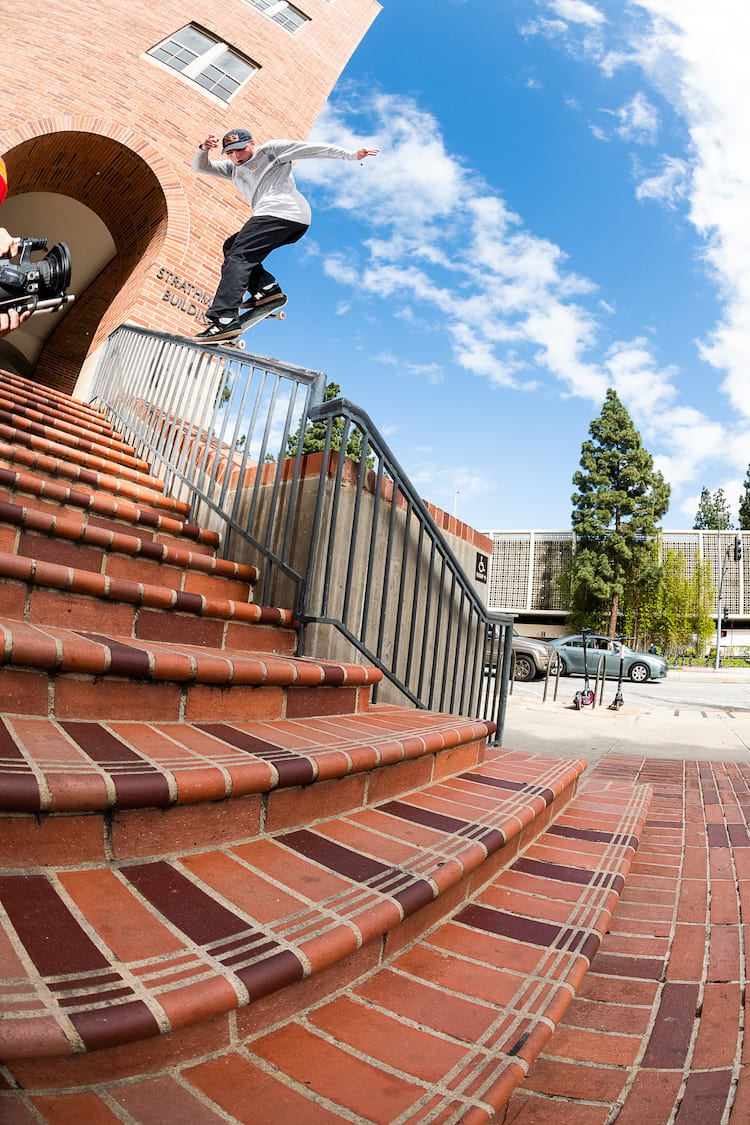 There's only about 100 ways to get humbled on this back noseblunt, but Foy always finds a way out    Photo: Hammeke 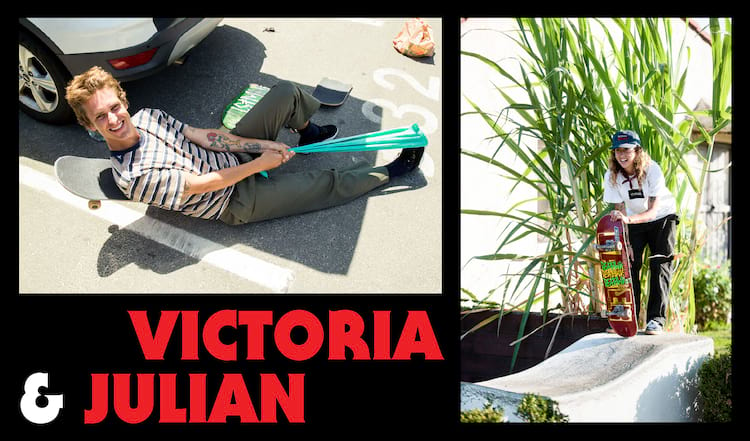 The fiesta known as 2020 blew in some serious flavor to Deathwish. We were lucky enough to add Victoria Ruesga and Julian Davidson to our fam, two people who have some seriously refreshing style on the board. I’m sure y’all are familiar with Julian, but Victoria, maybe not so much. A Los Angeles loc who’s been fucking up our skateparks and streets for years, you’ll be seeing her on your screens a lot more in the near future. But if this is your first time hearing of the woman, here are some Victoria facts to get out of the way: 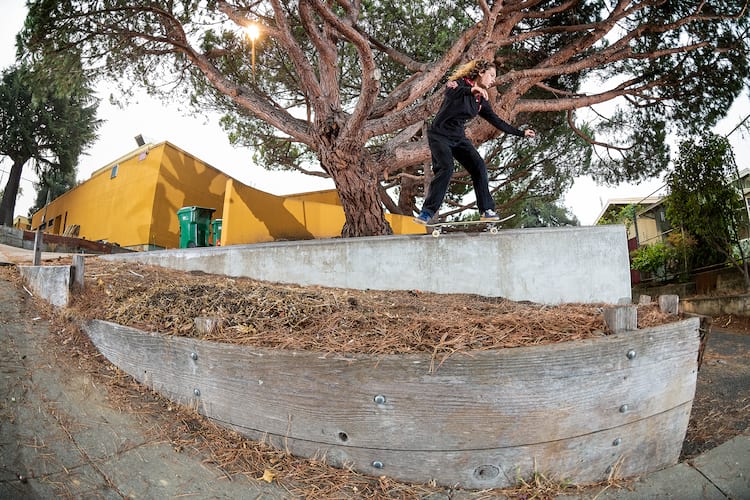 Being in Hollywood and acting can be poisonous. Victoria’s roll-on grind is the antidote     Photo: Steely 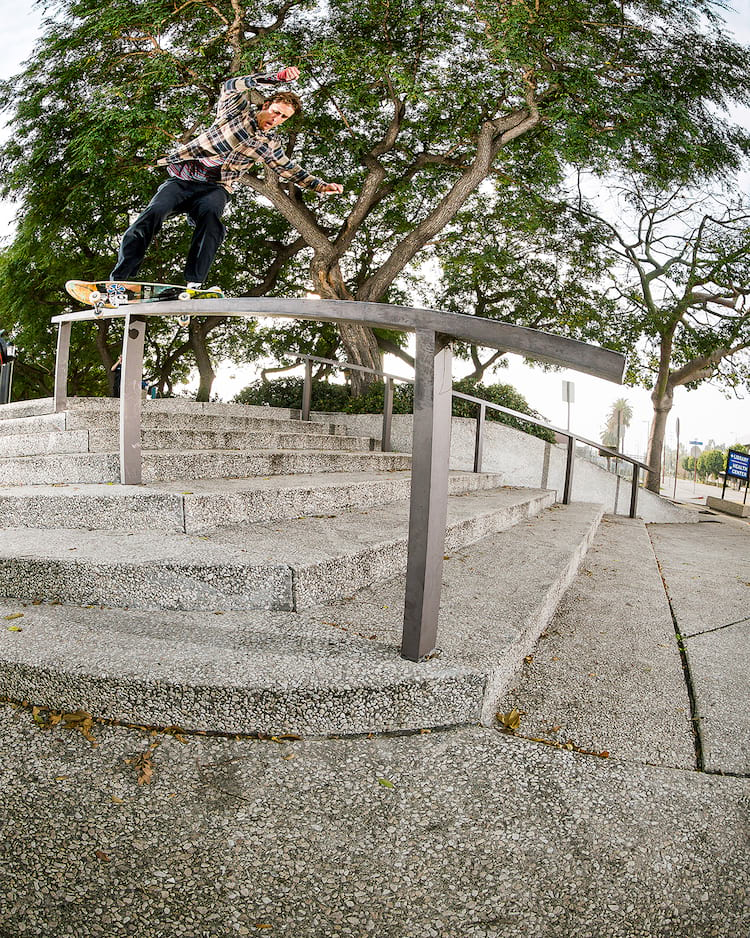 Julian and his hurricane are giving Miles Davis a run for his money. Juju is the new king of cool     Photo: Karpinski 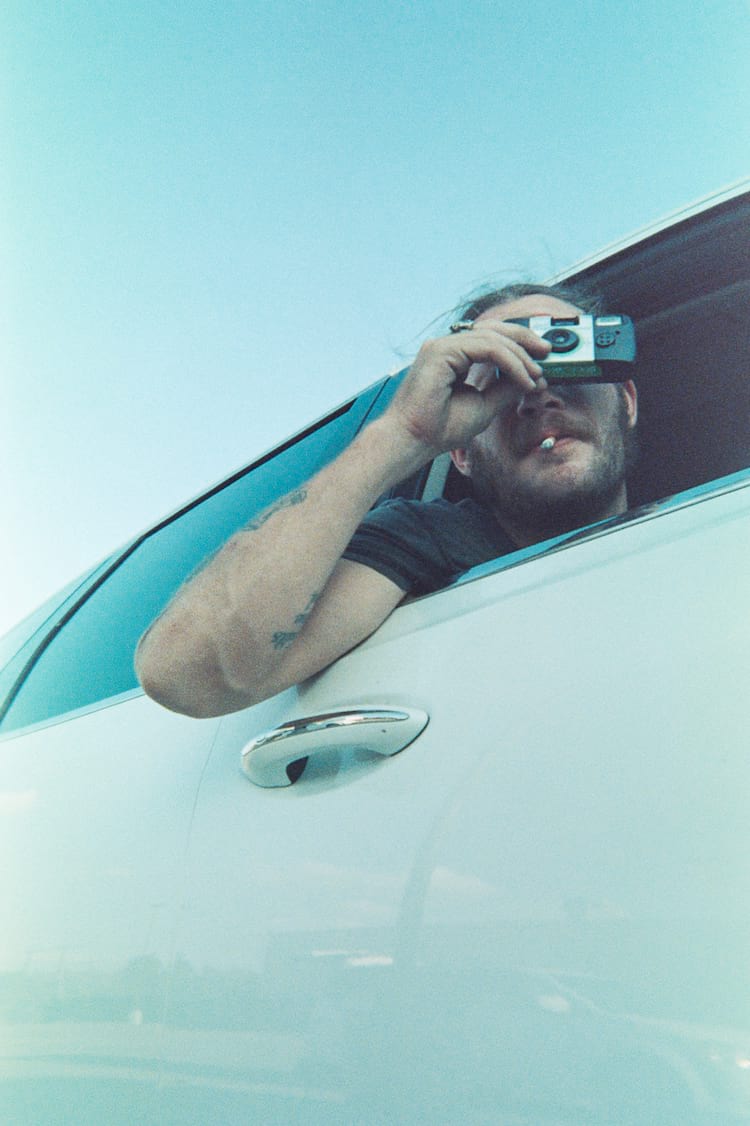 After handling his Emerica part, Jon still managed to get down with us     Photo: Hayes 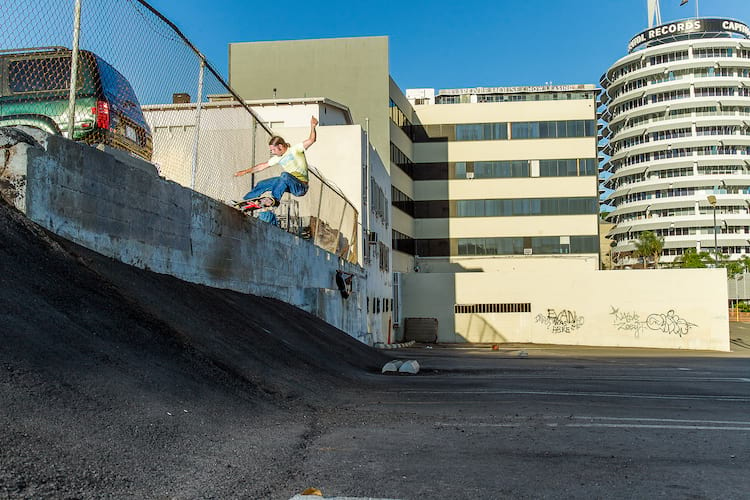 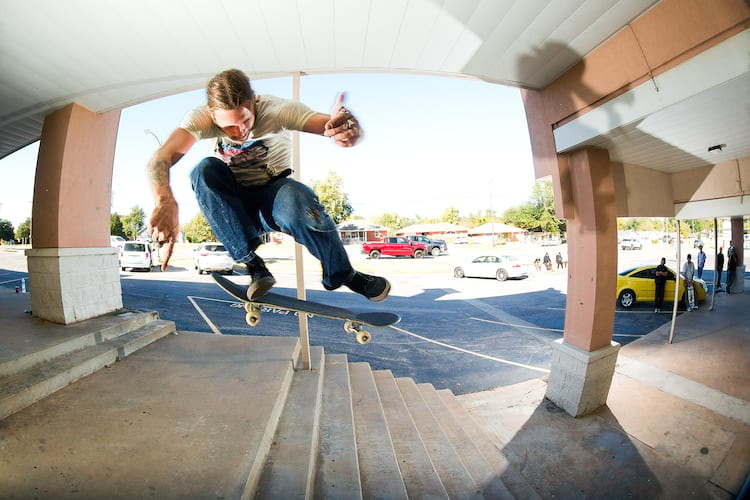 This Oklahoma double set has been waiting its whole life for Dickson to deliver a switch flip. Clean transaction     Photo: Karpinski 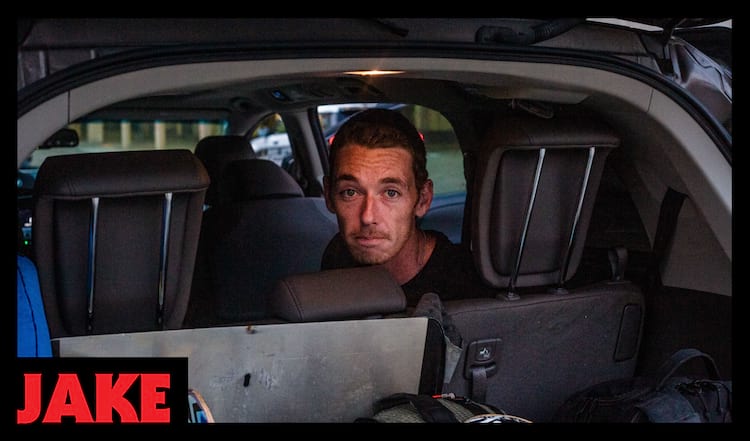 I think people have slept on Jakes Hayes’ record ollie. Square one for skaters is to get air, go up, just leave the ground. And of all the humans on Earth who have touched a skateboard, he’s the one who has left the planet the furthest. How many SOTYs are there? How many people have ollied as high as Jake? And despite the simplicity of the ollie, he’s actually got a robust, rad trick selection. 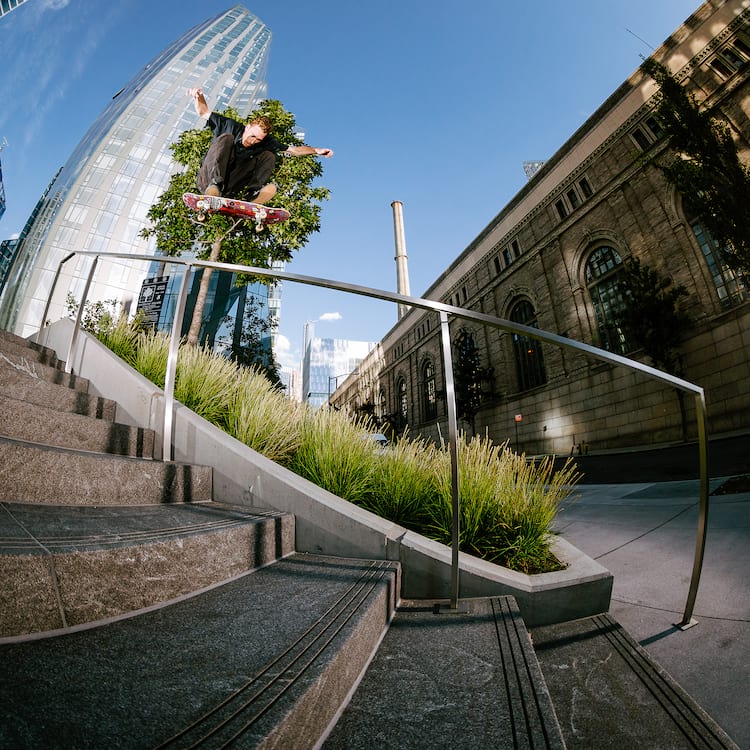 Jake did this kickflip three times because he wasn’t happy with the catch. He still hates it. I don’t     Photo: Heikkila 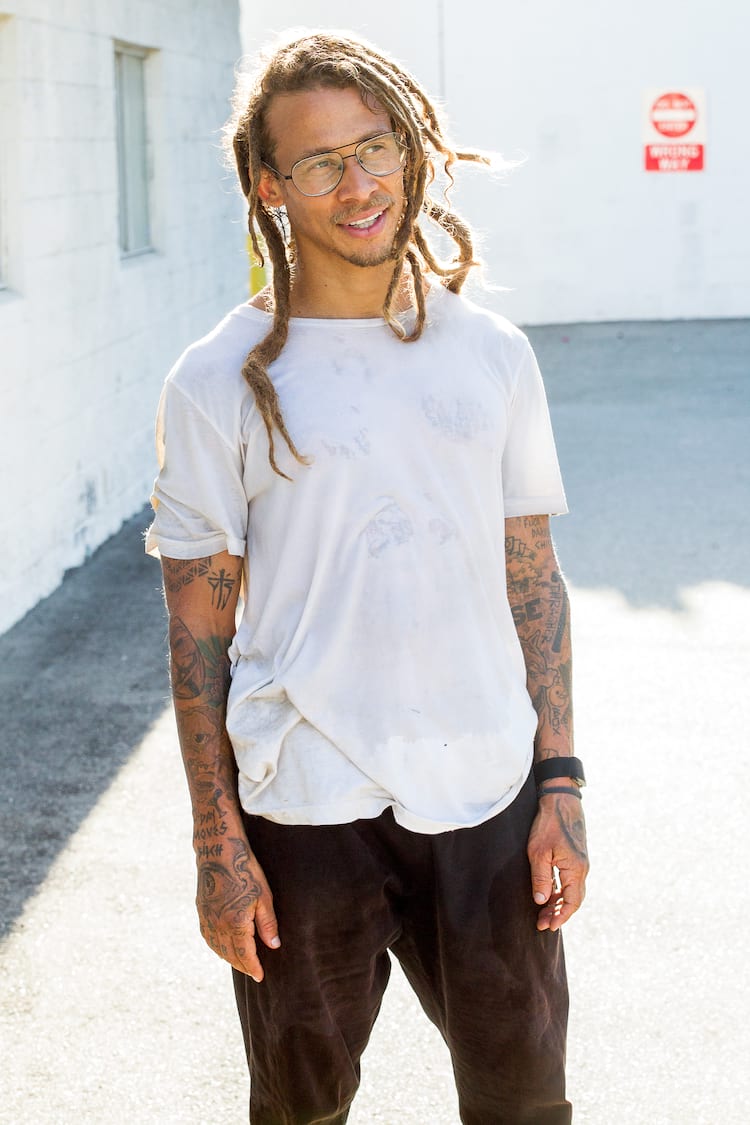 Chi-town's best blessed us on a few missions    Photo: Karpinski 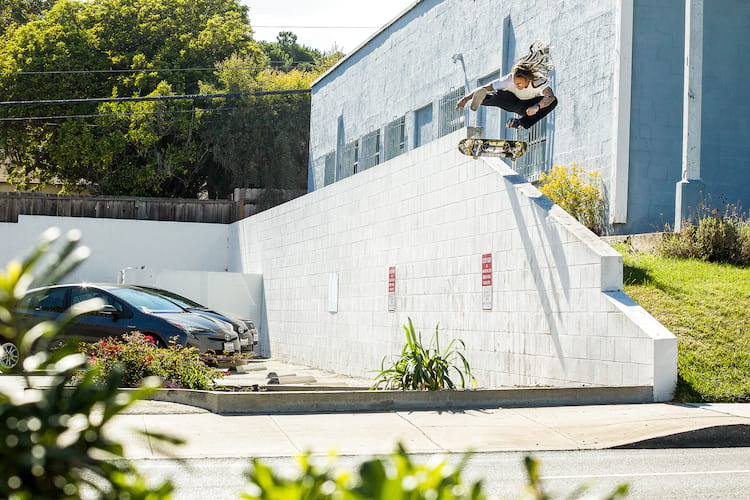 You don’t need to read the caption to know what Neen is doing—big heelflip for the clueless     Photo: Karpinski 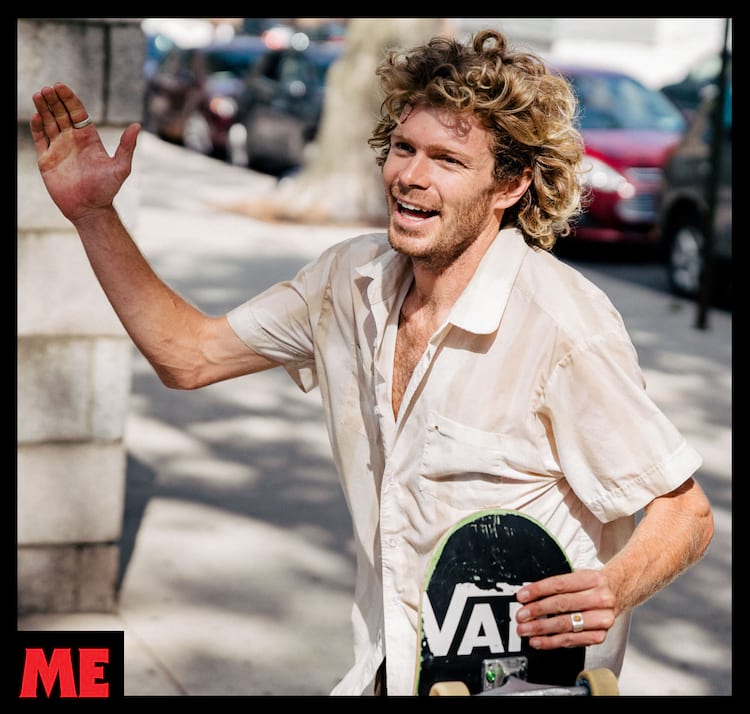 As far back as my brain goes, I can remember kids skating on my parents’ street. Like water, animals and cars, I don’t remember life without skateboards. I’m lucky I’ve always known skating, but no one warned me what it would do to my life. Now, I’m only 27, but the people I’ve met and places I’ve been so far are comical. The reason I find it funny is because life owes me nothing and skating owes me even less. Yet here I am, with a cast on my leg, a stamped-up passport and homies all over the world. So where does that put me now? Right back at the start—me vs. my board forever. I guess I’m eternally in debt. Think of this video as a small payment from us to skateboarding. I got dealt a good hand that I can’t take for granted. That’s where this video came from—a group of friends who care more about creating than complaining. 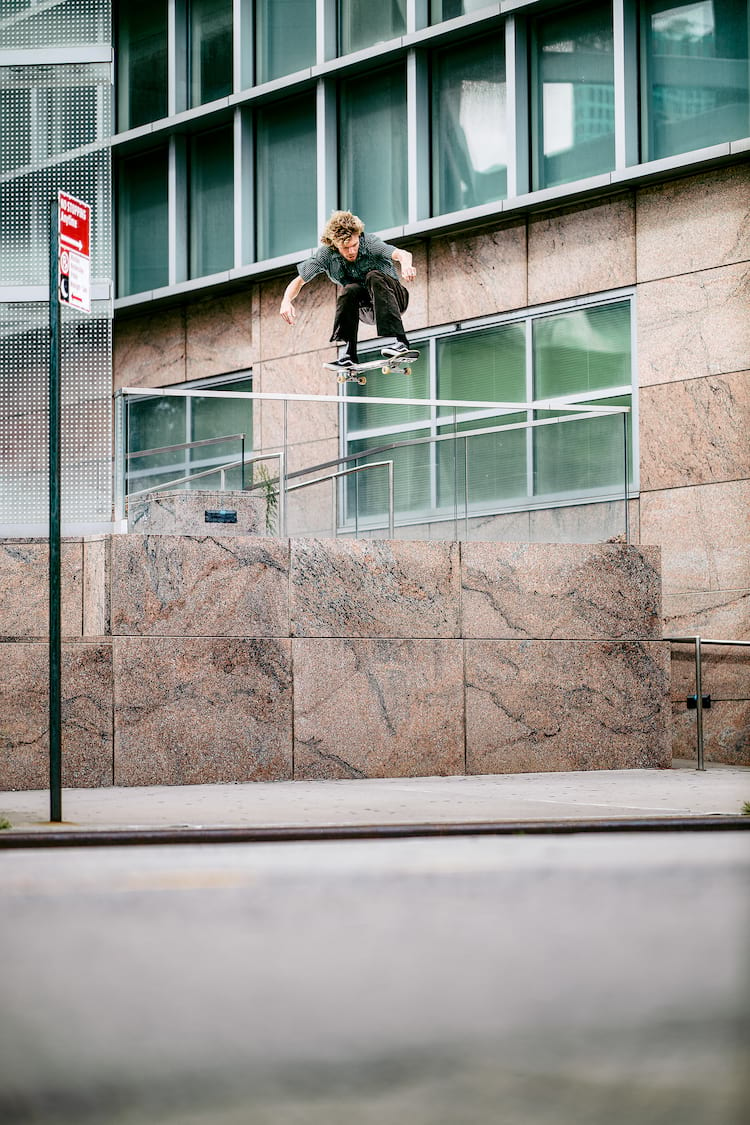 Someone needed to do this ollie, so I did it. Cool story, Kirby    Photo: Heikkila

Everyone had a Hell of Fucked Up a Year, but I was lucky enough to tailslide through it    Photo: Rhino 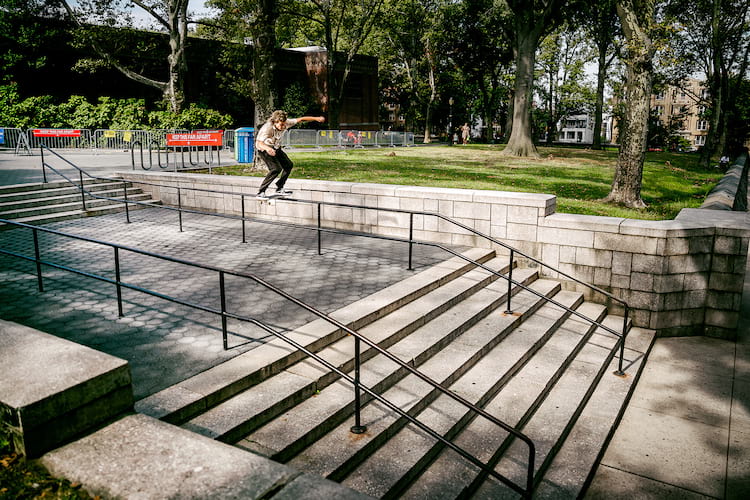 New York is where it’s at—lipslide by the author      Photo: Heikkila 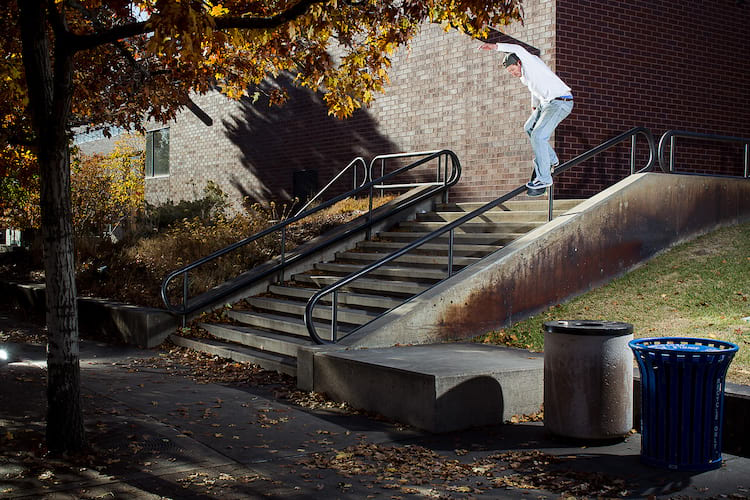 But Denver's rails are good too. Feeble transfer     Photo: Karpinski 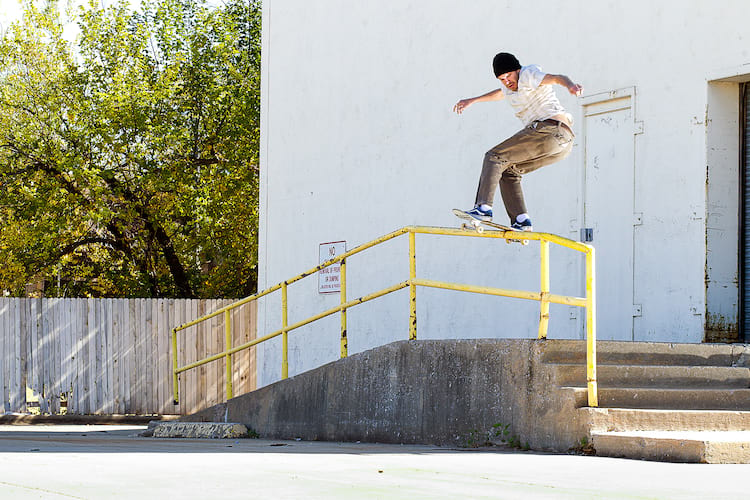 Front board through the crust and rust of OKC     Photo: Karpinski

I think I do this trick too much. Oh well. Back three nosegrab     Photo: Rhino 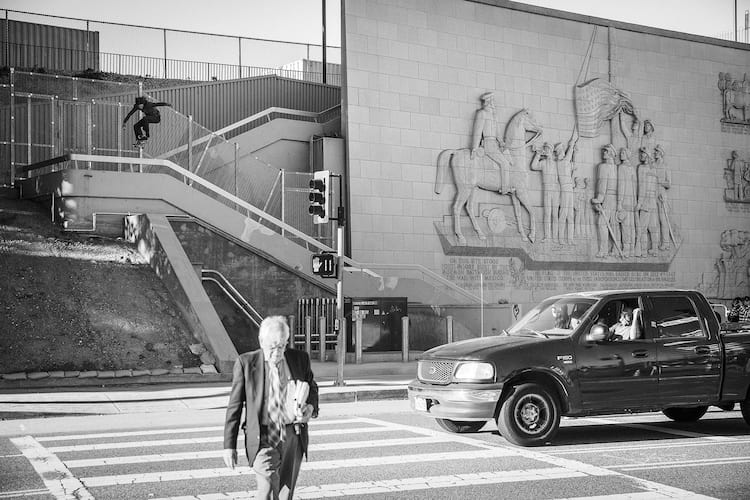 It's all about timing. Tail drop with eleven seconds left on the clock—take that, deadline!
© 1981–2023 High Speed Productions, Inc.