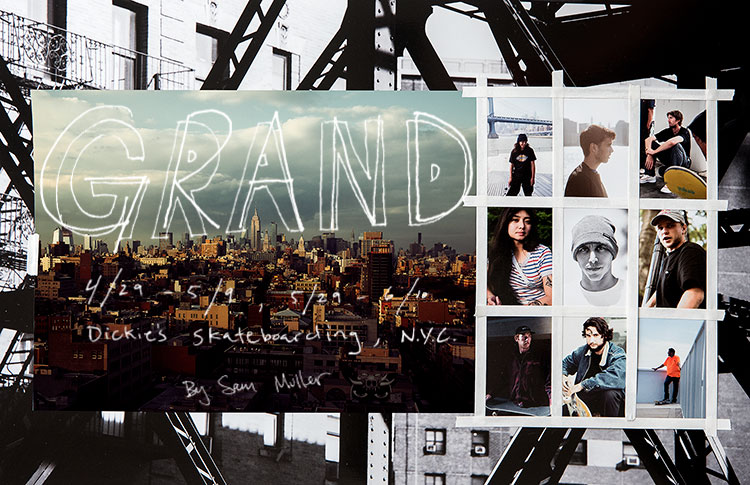 Doctor’s note: Five days is way too fucking soon after surgery to do anything other than exist horizontally. With that being said, the weirdest I’ve ever felt while shooting skateboarding was in New York City this past May. I’d gotten surgery days before flying out of Los Angeles and couldn’t carry anything heavier than a skateboard. I hadn’t seen sunlight in days so between my frail post-surgical walking, not-so-sun-kissed-skin and black hoodie, I can only imagine I spent most of the trip looking like the walking dead. Cut to: the middle of a Chinatown playground full of kids raging in the late afternoon sun, parents hovering around the outside edge of the park, making sure all was well in the world. 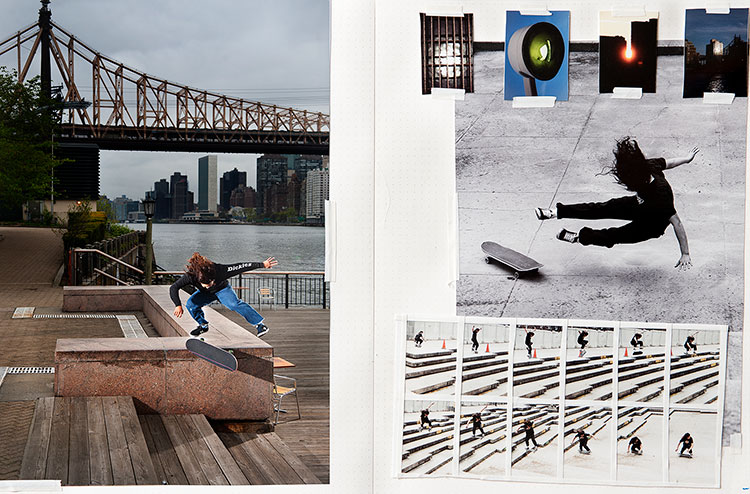 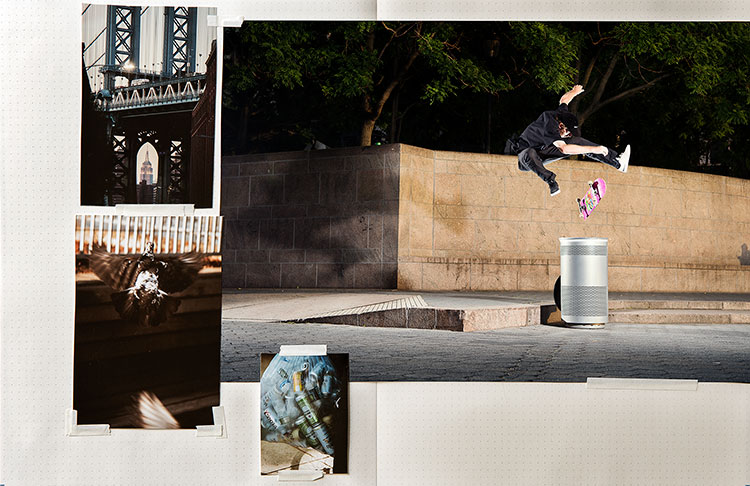 Usually when someone is trying a trick, it’ll take the outside observer about 15 seconds to figure out what’s happening—there are cameras, theres a guy with a skateboard “all the way over there” and there’s usually a fair amount of noise to go along with it all. It becomes obvious. Now, when you insert a swarm of screaming children into that scene, everything becomes less obvious. There’s so much movement, noise and general sensory overload that everything blends into one big dance. So with that in mind, when a couple of parents saw two fully-grown men standing on the top “floor” of the jungle gym both with very large cameras and no obvious link to filming skateboarding…. the phrase “I’ll punch you in the fucking face if anything happens to these kids” comes to mind. Their words, not mine. 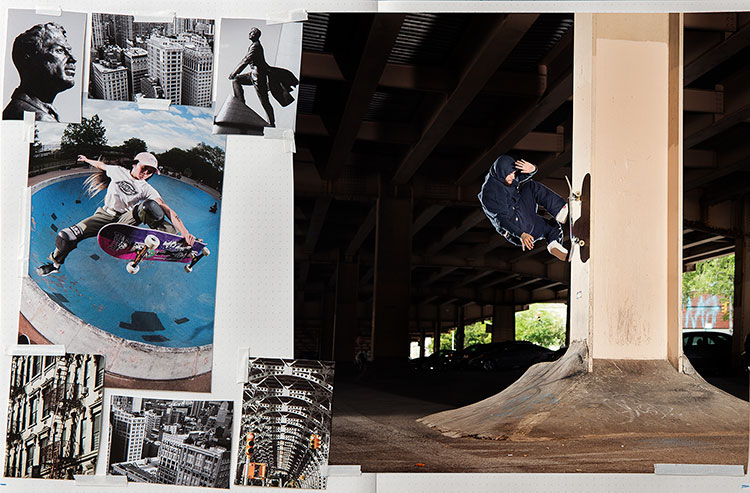 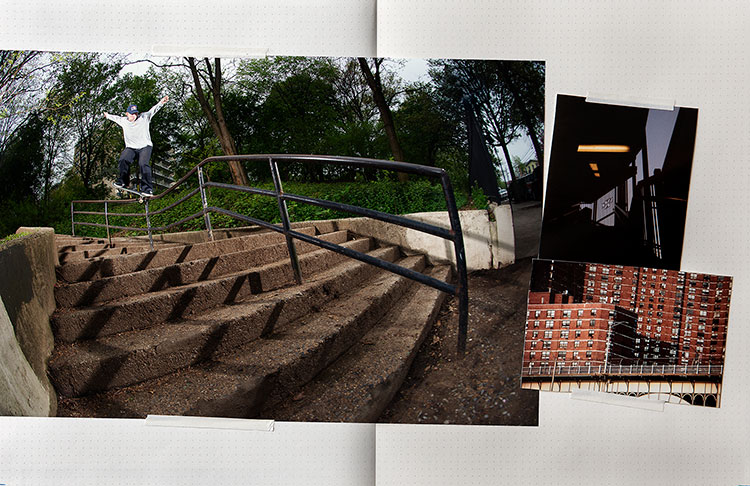 While I totally understand that reaction to the situation, as the ultimate job of a parent is to keep their child safe, would we really have been that obvious if we were actually creepers? I think not. Though with their anger came the amazement and joy so many of the children and other less-angry parents had watching an amazing skateboarder do his thing firsthand, and that made my discomfort fade. 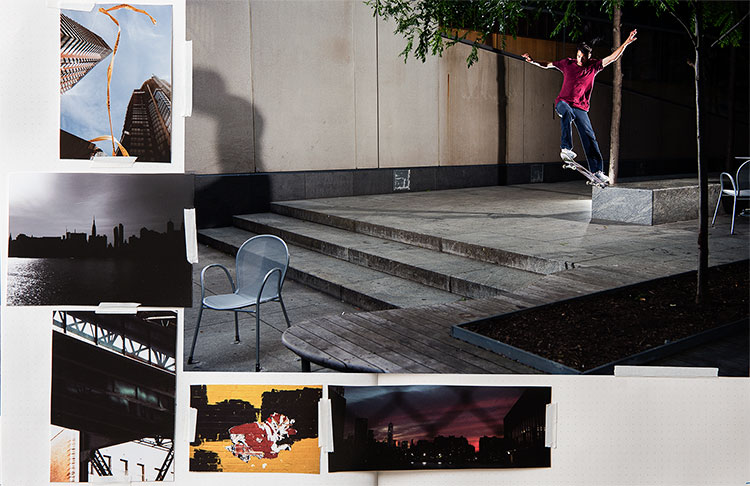 That’s the best part about New York—it keeps you guessing. You never know what highs or lows await you when you step out the door. Chances are it’ll be stepping in gum or getting into a verbal altercation, but you never know until you’re out there in the jungle. Ain’t it grand? 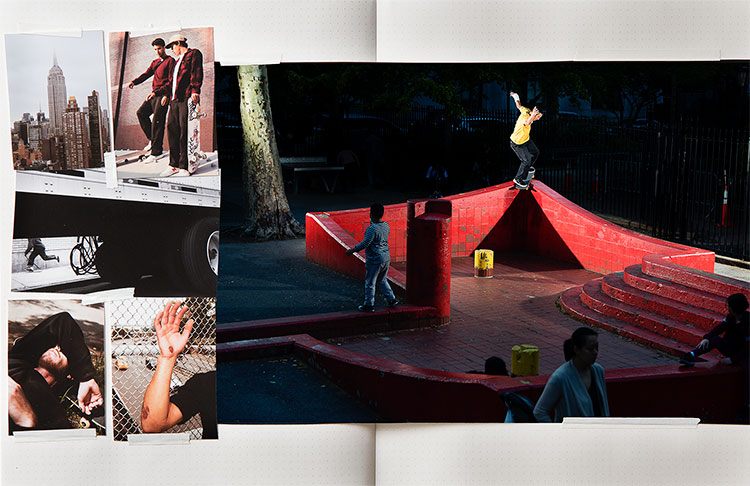