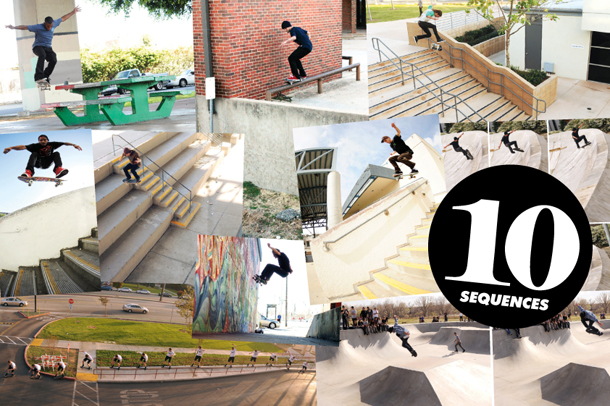 Instead of the usual five, we animated the 10 sequences that graced our Contents pages in 2011.


At the end of Skate Rock, I seen Justin take on five dudes in a bar—so you know he don’t fuck around. Three-flip three-set. Figgy forever. Sequence: Burnett


Poker-face Nick Merlino got $500 bucks for his switch heel down Wallenberg. This switch back three is worth at least $350. Sequence: Burnett


Weird shit? This gap to wallride is all Fritz Mead needs to get off. Sequence: Xeno


Photos of Dennis Busenitz are like photos of Sasquatch. Even when you see one, you can barely believe your eyes. Step-up kickflip tailslide revert in Copenhagen. Sequence: Burnett