Foundation has done it once again. They made another full-length video to add to their library. In an age of overly-produced video shorts, the F troop kept it true to the core and stuck with the tried-and-true formula with a half-hour video of straight hammers. No gimbals, drones or helicopters, just good ol' follow filming on a cruiser board. Sure, it’s filmed in HD but the production screams lo-fi at its finest, right down to the punk-rock soundtrack. Exactly what you expect from Foundation: skateboarding at it’s best, pure and simple. —Joe Hammeke 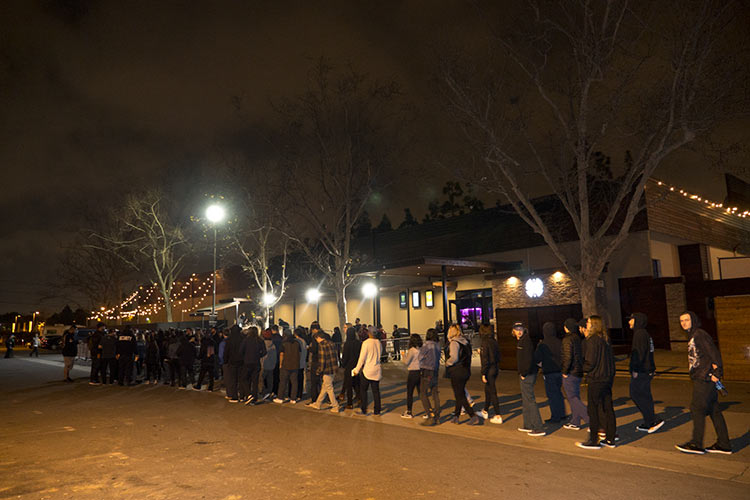 The line outside The Observatory Orange County was huge! 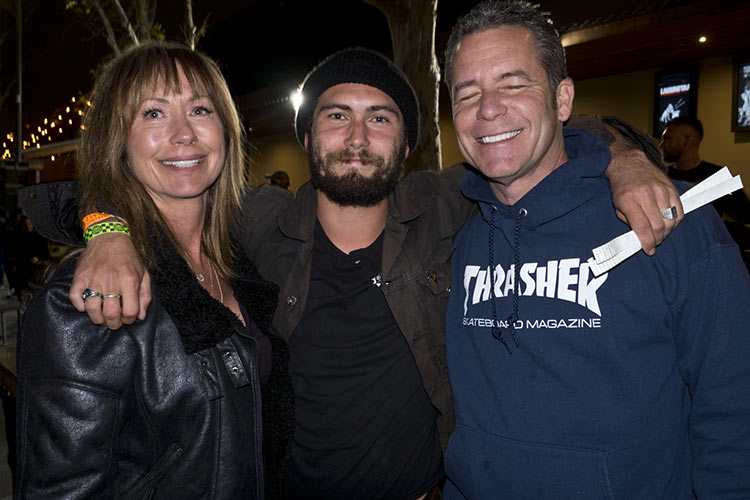 Dakota Servold and his parents 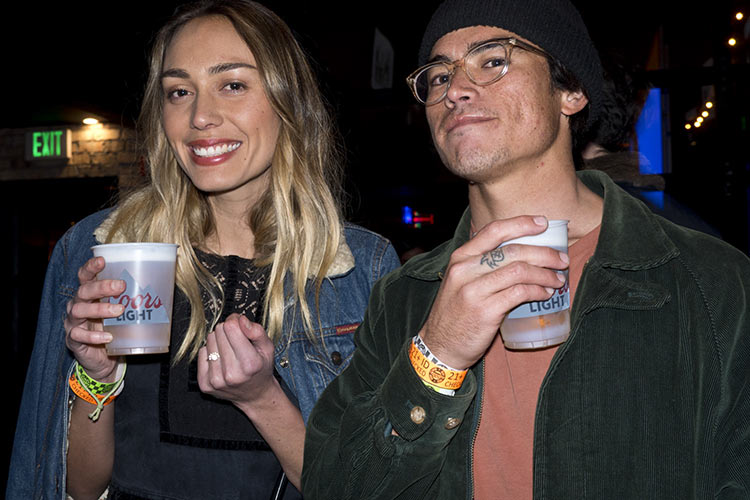 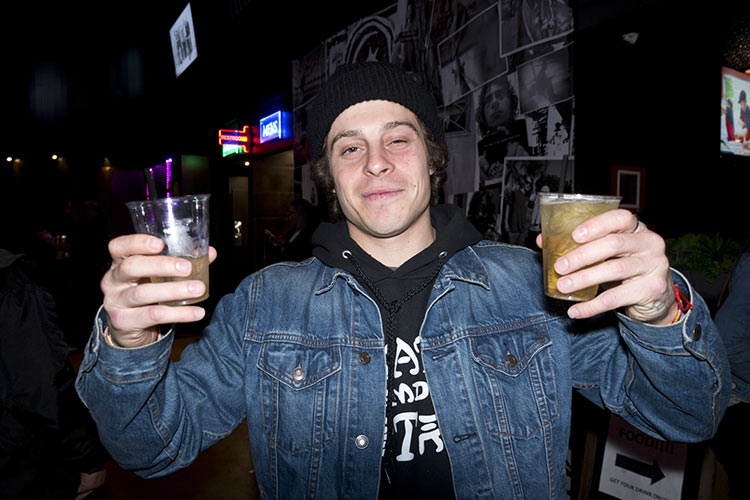 Nick Merlino, off the wagon. Look out! 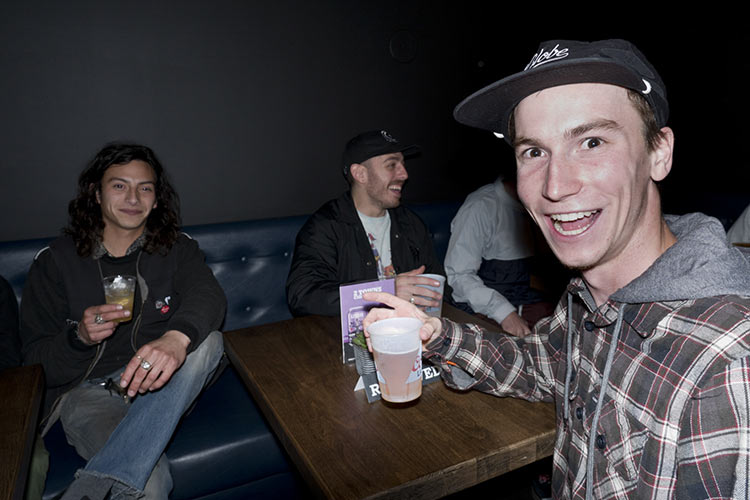 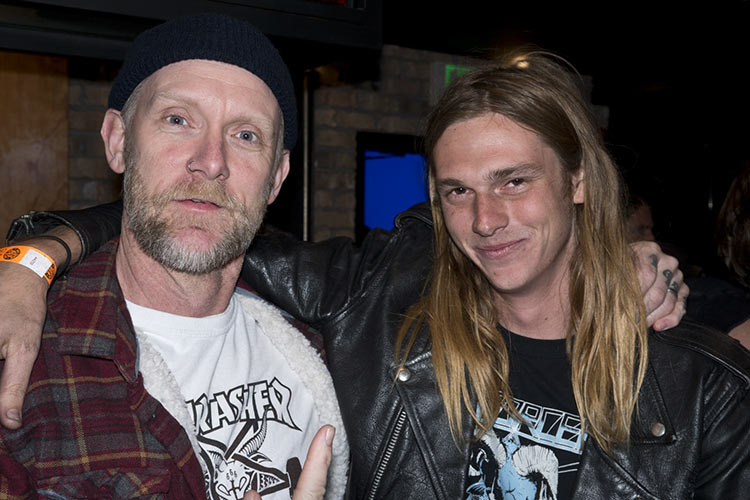 Rikki the Dude with a freshly-cropped head. Gregson is now left to carry the torch for long-haired lensmen 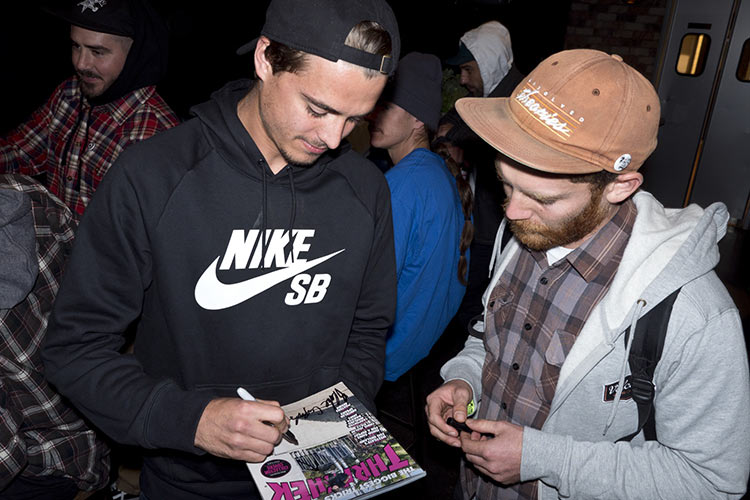 Blake Carpenter signing his Thrasher cover for a fan 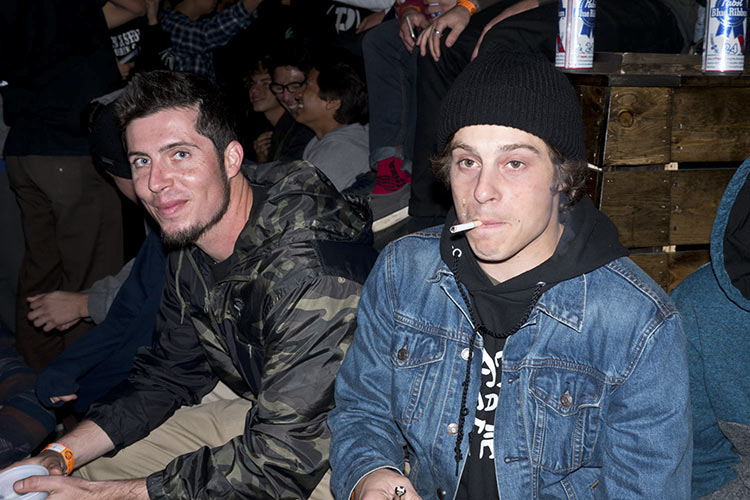 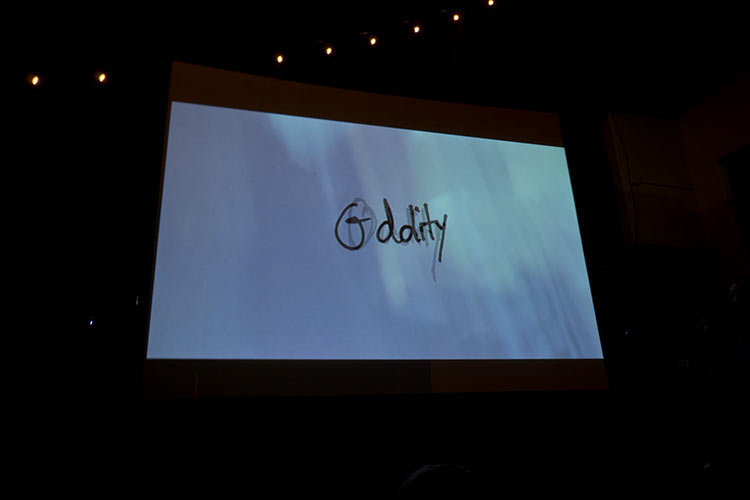 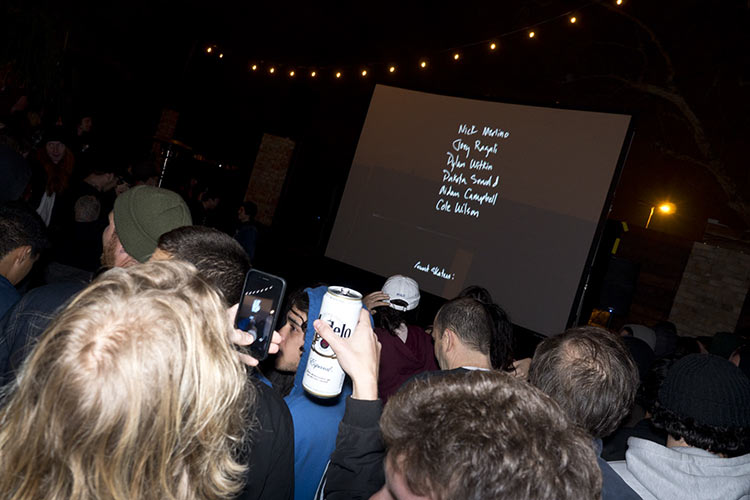 The crowd was on their feet the entire showing 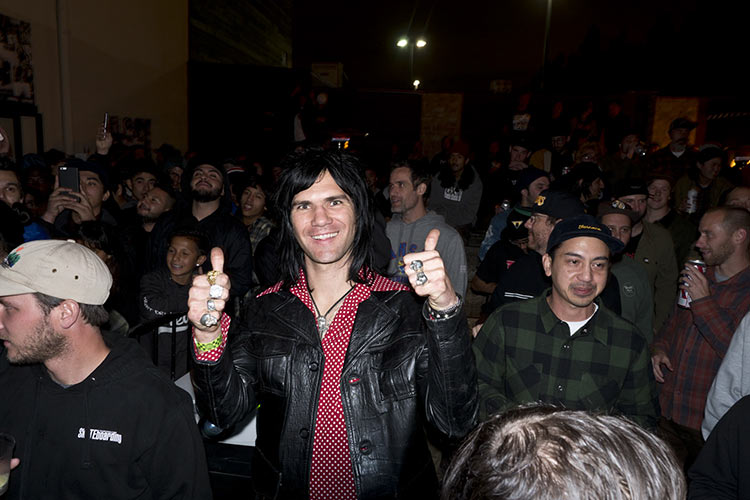 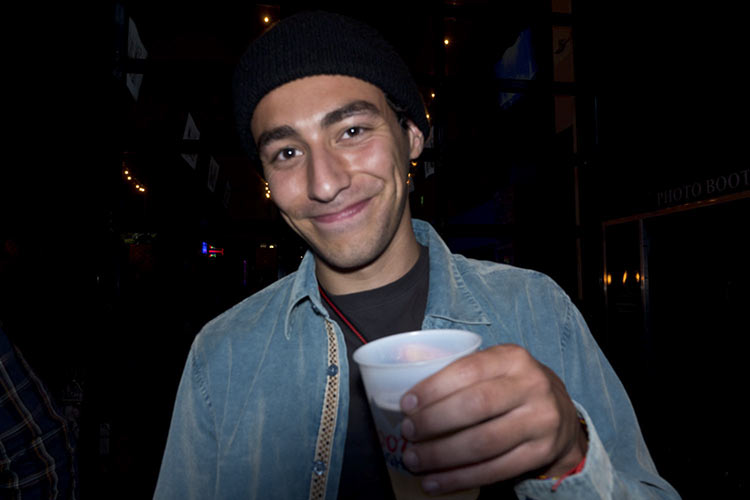 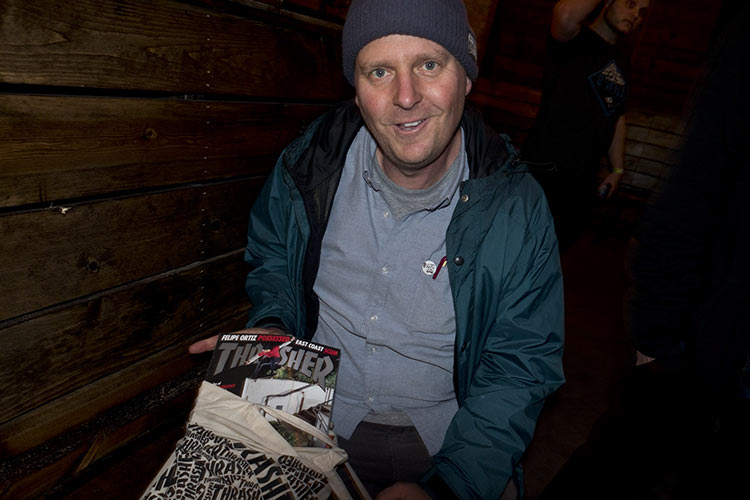 Speaking of Duffel, Kevin from the Lookback Library was there with a bag of classic mags featuring Foundation team riders. Covers, baby 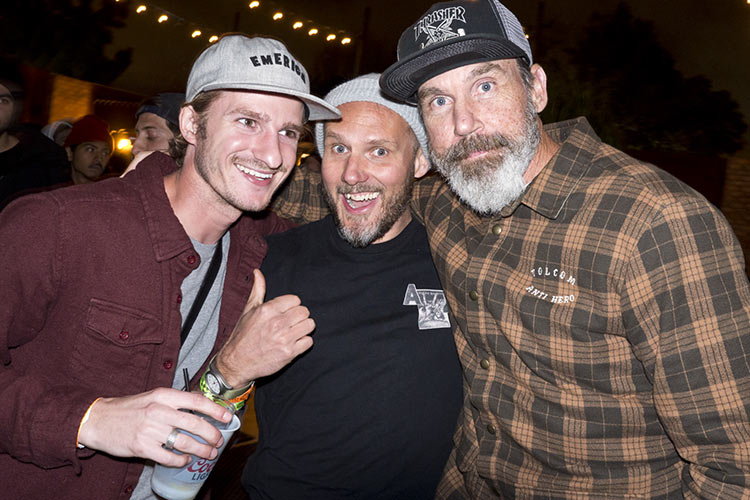 Thrasher lensmen Dan Stolling, Ewan Bowman and Rhino. Can you tell who looks through the viewfinder? 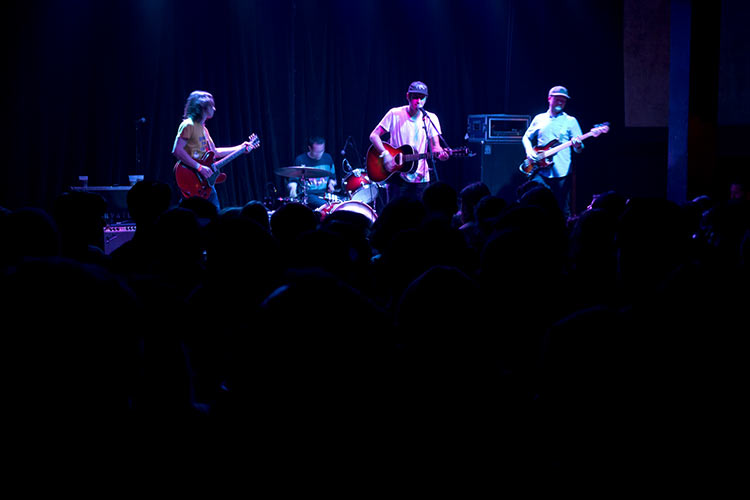 Between showings, Travesura was playing inside on stage 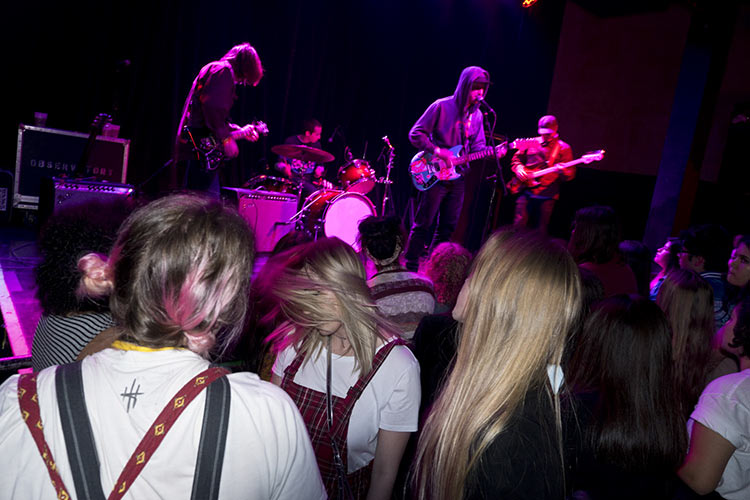 They always get the crowd dancing 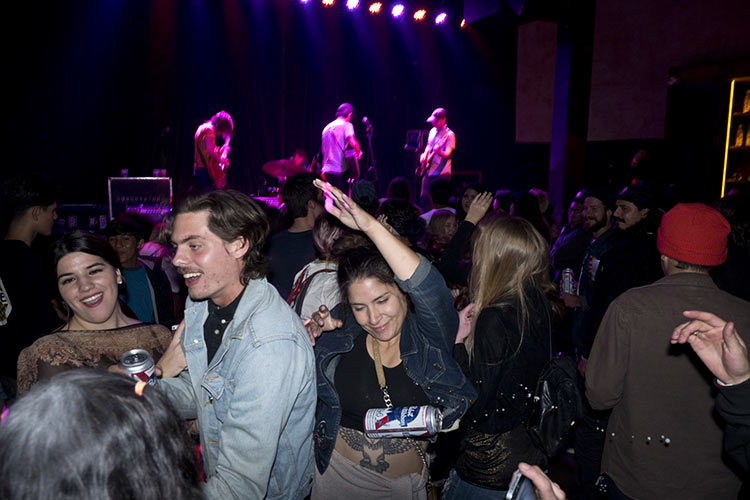 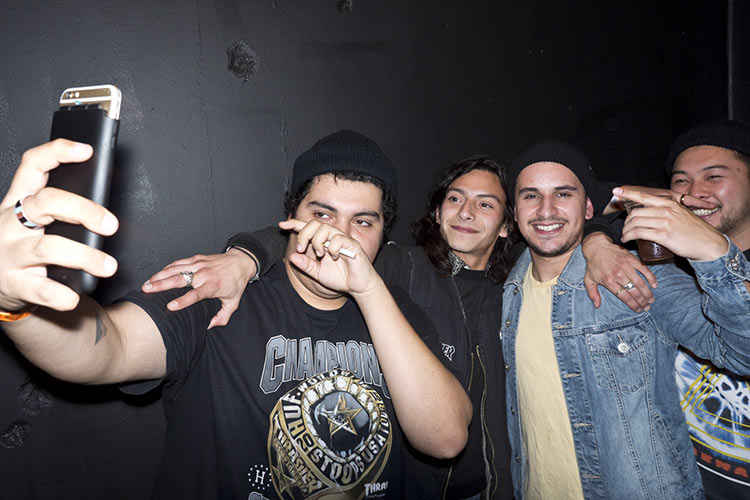 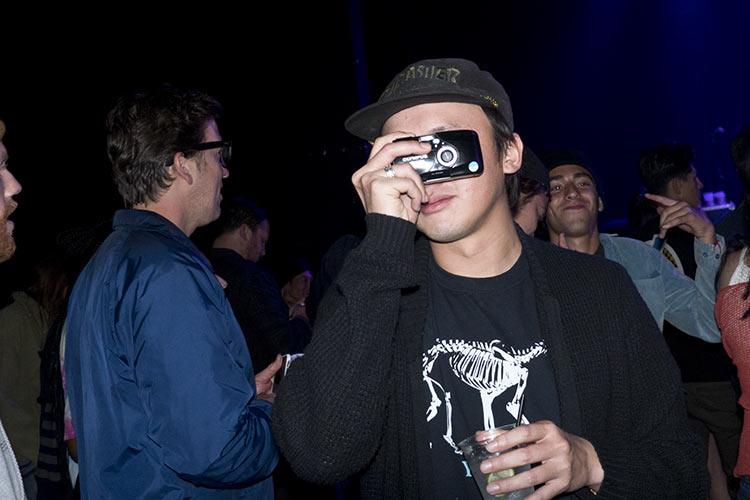 Don Luong, behind the lens, always 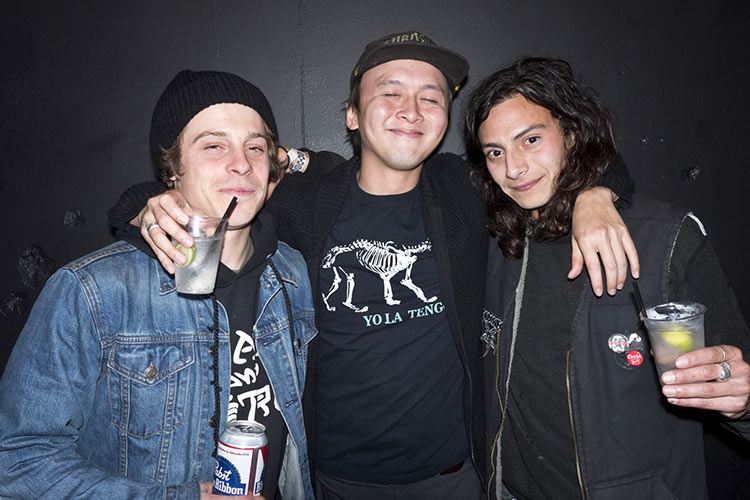 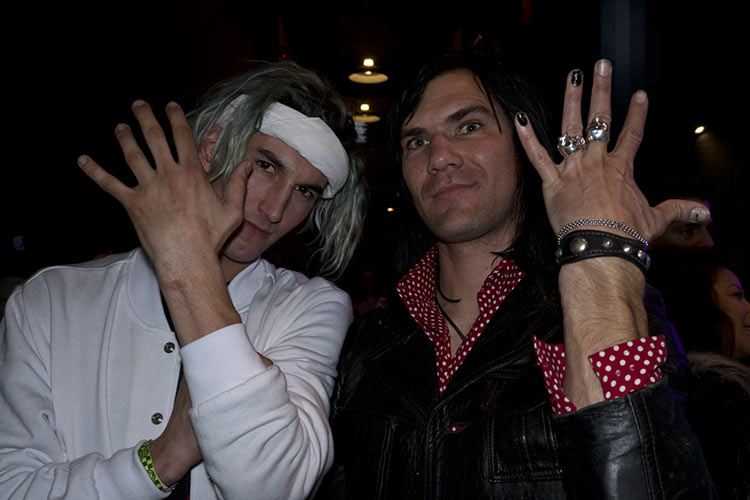 David Loy and Corey Duffel, lots of wrist surgeries between these two 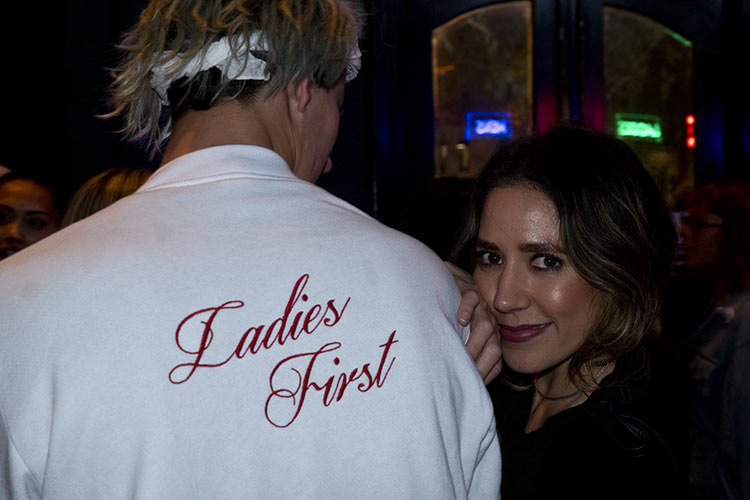 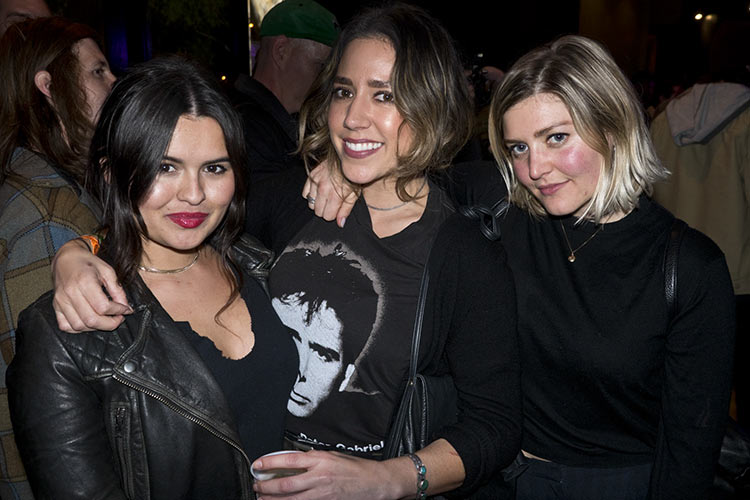 Erica Yary and crew will back that 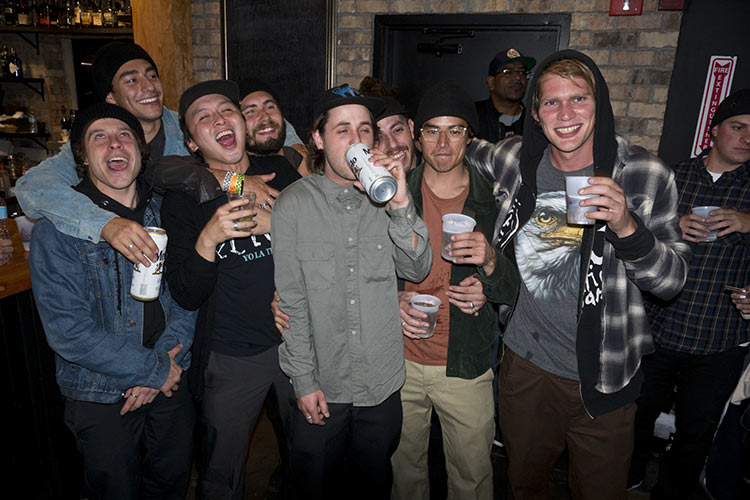 Most of the Foundation team in one place. Cole Wilson and Duffel were nowhere to be found. Duffel said he hasn’t been in a team photo in five years, so I guess this is nothing new 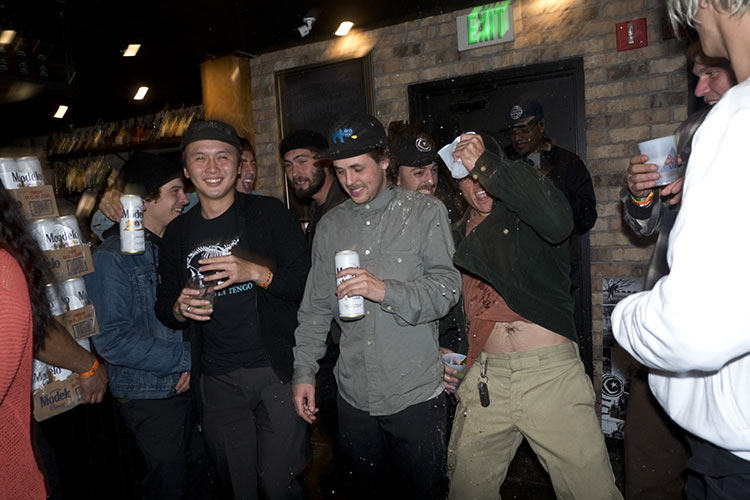 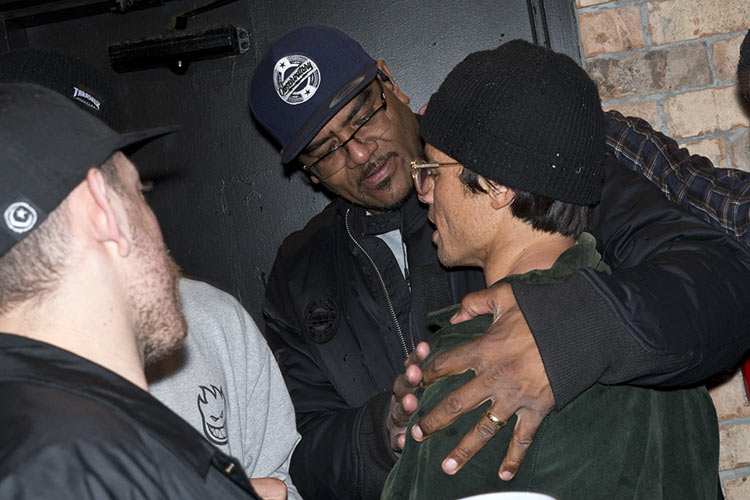 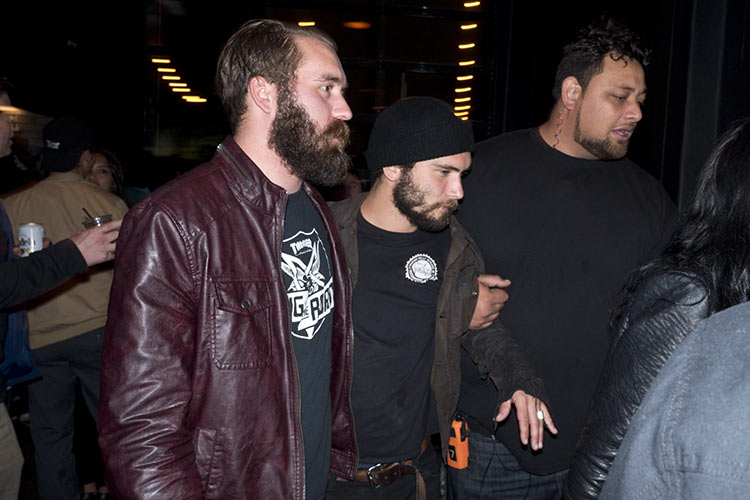 Dakota didn’t get off so easy and was taken outside 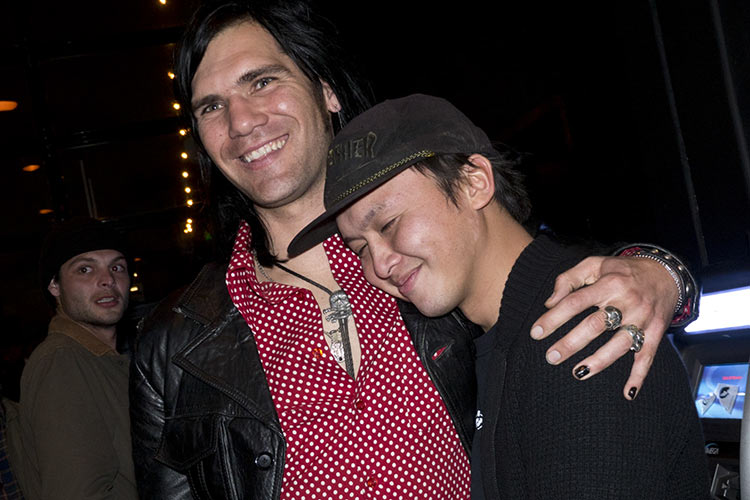 That’s all and good night. Amazing job by Don and the boys. Full parts dropping on thrashermagazine.com starting Feb 13th!