Old, crusty shitt...well, the mag has tons of it. Here's some gems to gander at while you're in your cubicle. Timeless. 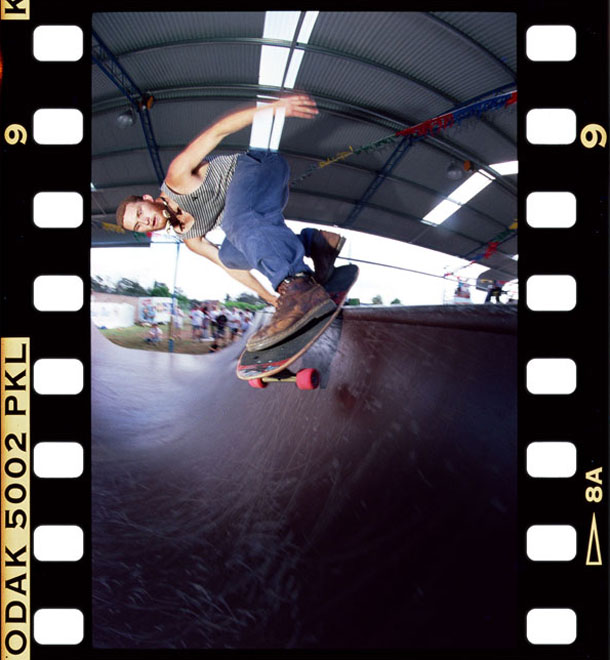 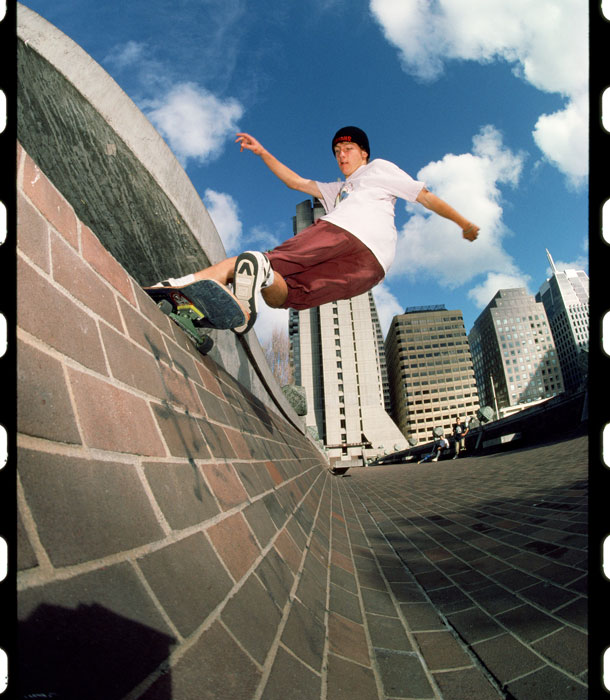 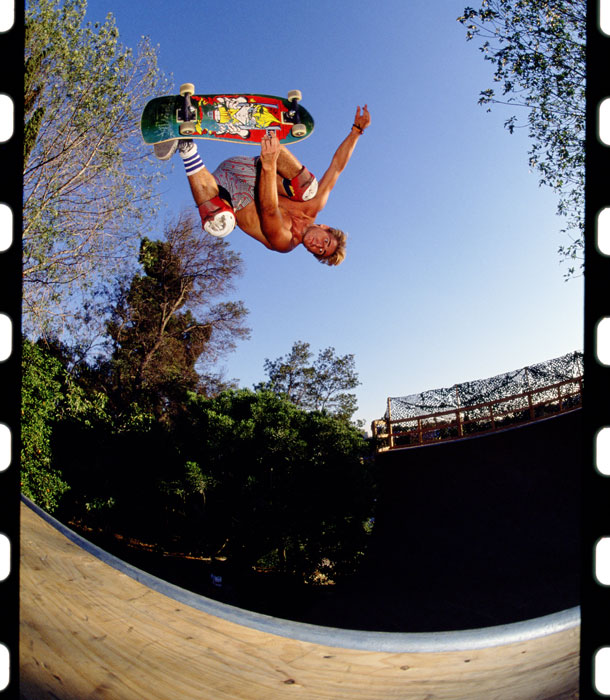 Eddie Reategui hoists a fat indy in WC Fields' backyard. An outtake from his interview. 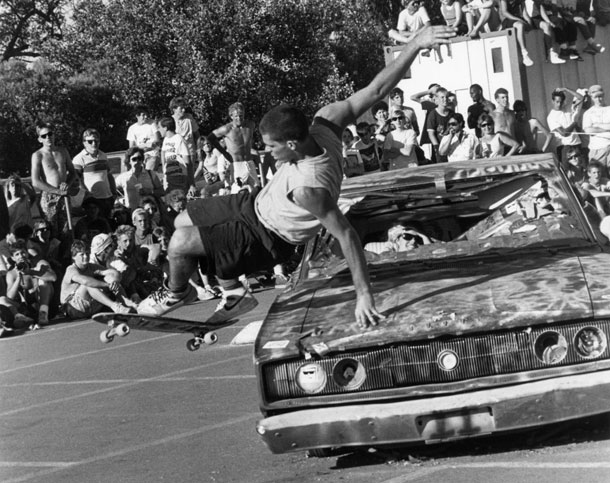 Sacto '86, Neil Blender hand-outs over the hood of a car. Cars were the rage at skate contests back in the day. 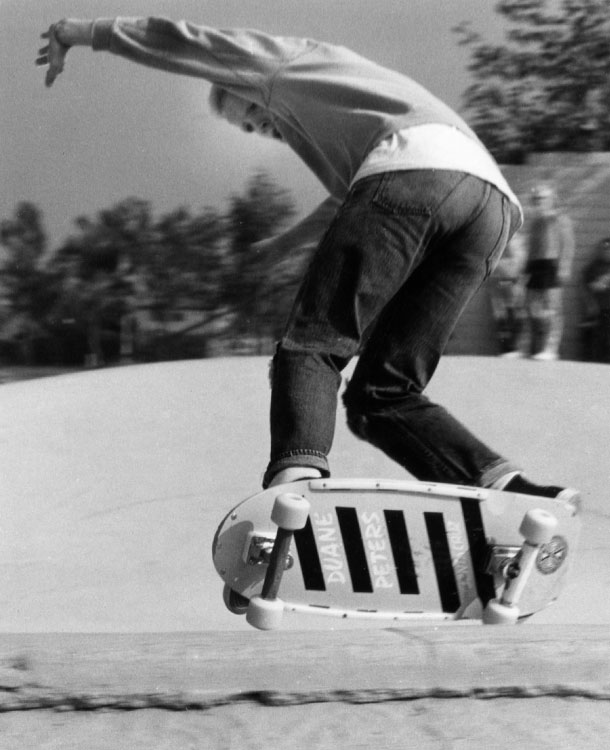 In 1981, this was the set-up: Santa Cruz Duane Peters, Indy 169s, and Blackhearts. Micro-edge carve at the old park in Irvine. 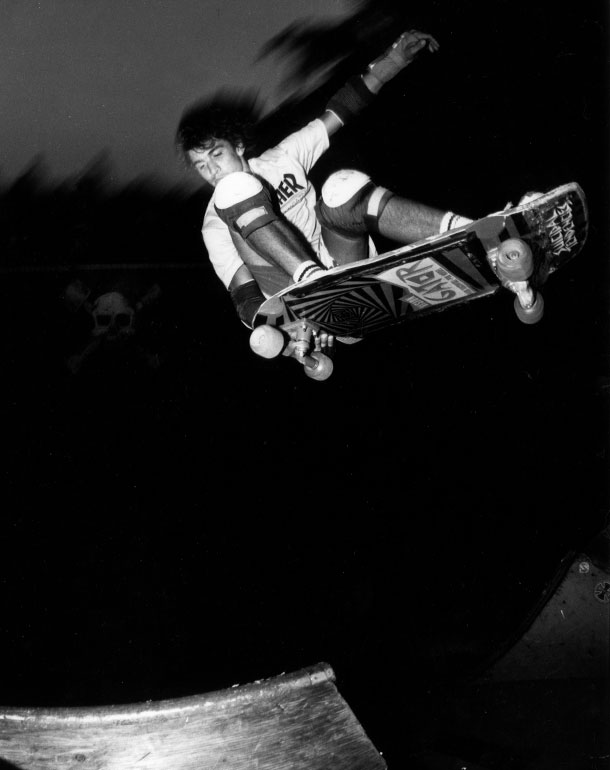 Gator liens at Lopes' channel on a vintage Vision log. 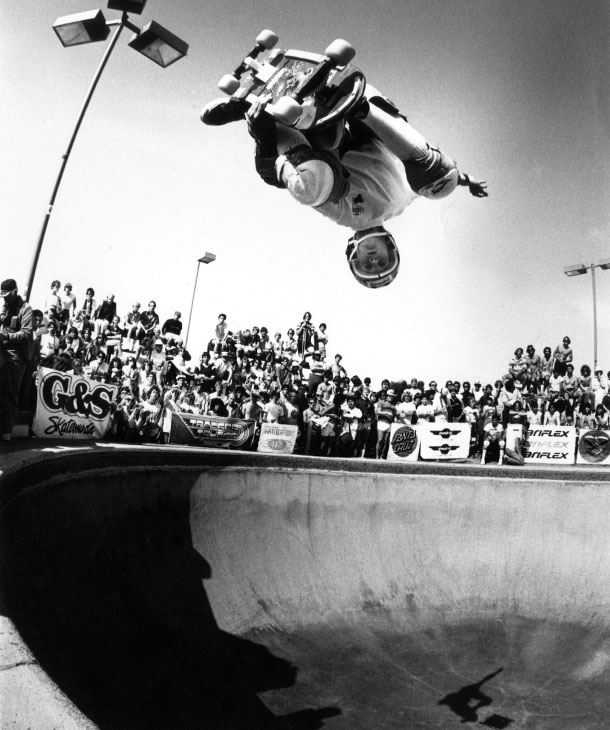 Tony Hawk pretzel indy in contest form. Backside ollie in, ride it out. 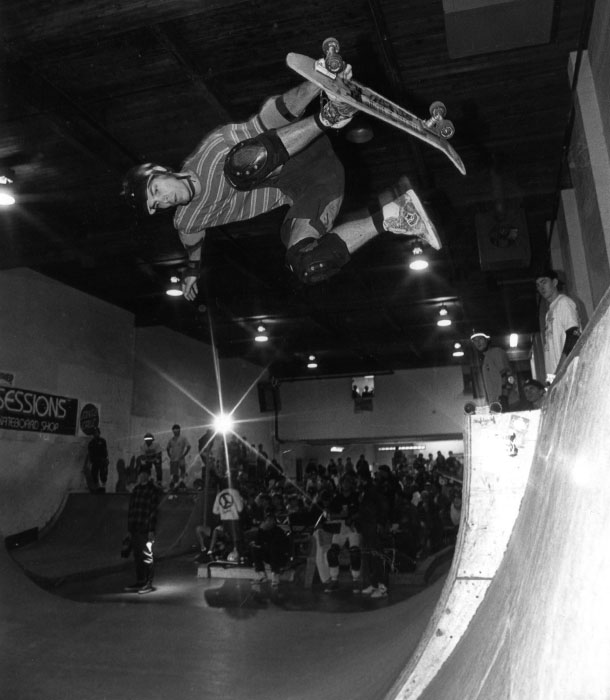 Mini-ramp contest in Vancover was off the charts. Neil Blender presses a fastplant a-la Duane. 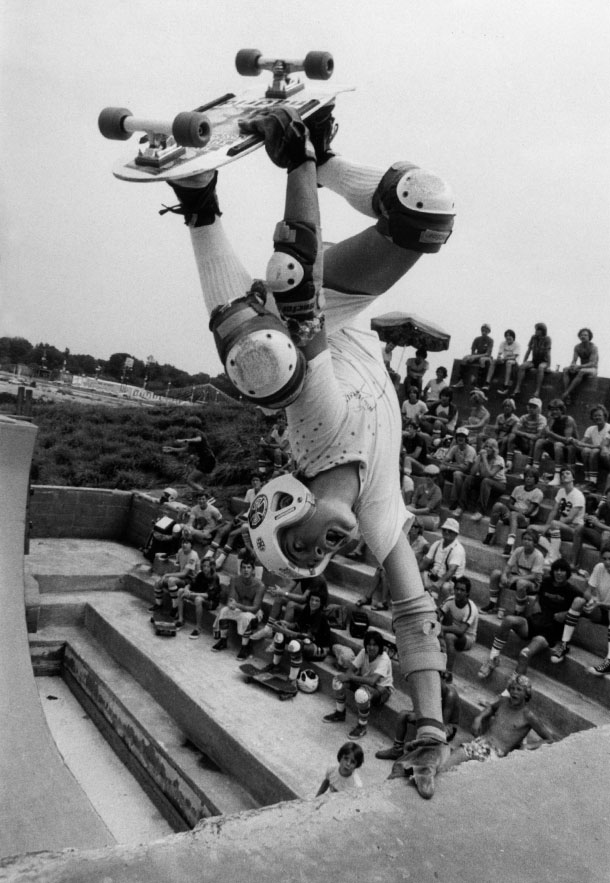 The inventor of the Smith invert and Smith grind, Mike Smith screams upon re-entry at Kona in 1982. The oldest skatepark still running. 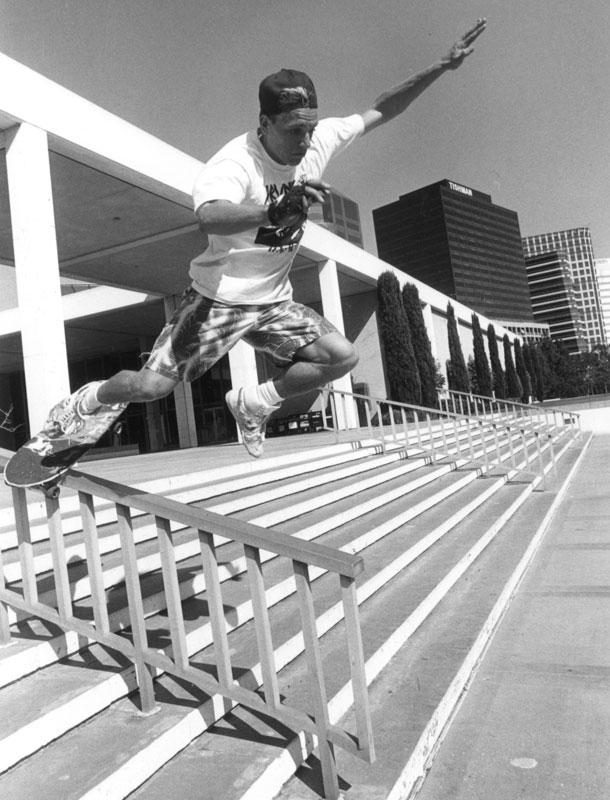