From Troll to Pro: Jamal Smith 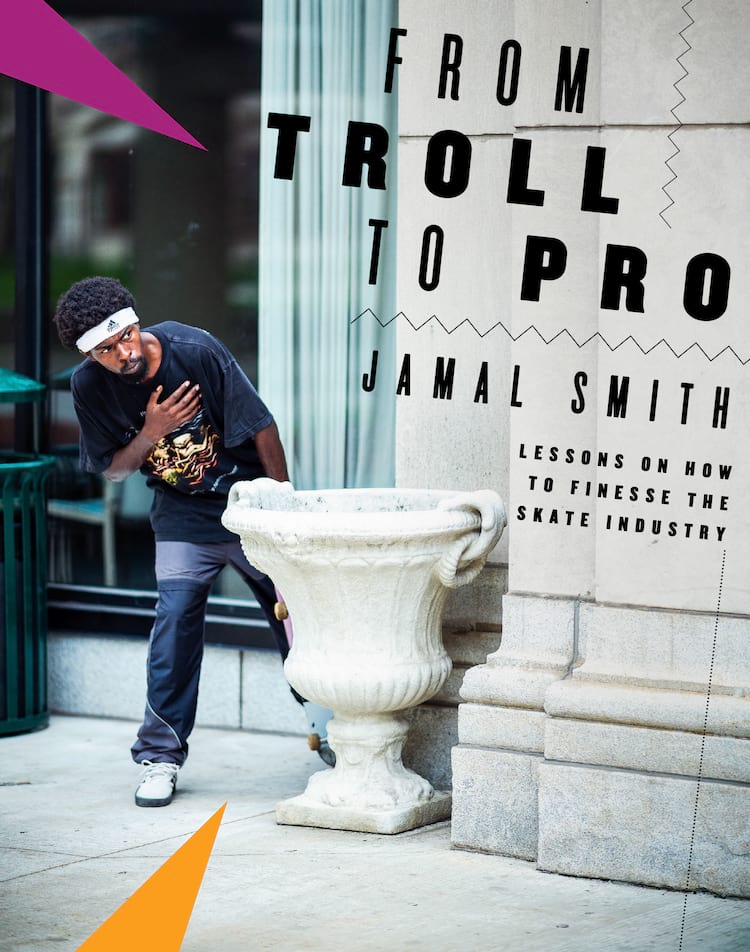 Since 2006, Jamal Smith has been providing skateboarding with some much needed comic relief. From Tornado spinning to Koston beefing to full-blown pro for Palace, PopTartPete subverted the classic sponsor-me-tape/contest circuit path to sponsorship. This tell-all from our April 2020 issue is chock full of wise words from the man himself. —Ted Schmitz

THINKING OUTSIDE THE BOXDon’t be afraid to do your own thing. In the words of Bahamadia, “It ain’t what you do, it’s how you do it.” Skateboarding will always have tricks that attract us by the masses, but originality will always stick out. Be spontaneous widdit and invent some shit that someone probably already did in 1992. When I was 18 I used to love doing inward double heelflips and fakie lazer flips. At 30 I don’t do either of those tricks anymore but when I was young they definitely made me feel cute.

LIVE A LIL’One thing I’m forever grateful for is not going pro when I was a teenager. Although it would’ve been sick as shit to go straight to skate life, experiencing 9-5 jobs, insane relationships and the trials and tribulations of becoming an adult has made me 10,000 times more appreciative to be in the position I’m in. Before I started making a living off skating, my last job was with a screen-printing company. It was the typical 9-5 Monday-through-Friday grind, making t-shirts and cleaning silk screens. To be honest, I fell in love with learning the process of making bad t-shirts, but the work environment was harsh as fuck. Once skateboarding started working out for me and I was getting invited on trips, my bosses’ resentment started getting intense. They hit me with the ultimatum of continuing to go on trips and be fired or keeping my job and making minimum wage forever. I quit and never looked back.

LOCK YOUR DOORWhen I used to live with Ishod Wair, he’d always have skateboard alumni guests at the house. One day after a long day of screen printing t-shirts for SoundCloud rappers I decided to get comfy and beat my meat. I got the lotion out, made a fat stack of tissue and was getting ready to open the laptop and start sinning. Right when I was about to get fully settled and sin, this nigga Dustin Dollin busts through my door like a drunk Kool-Aid Man. We locked eyes and he apologized after explaining he wanted to see every room in the house. I never beat my meat ever again. 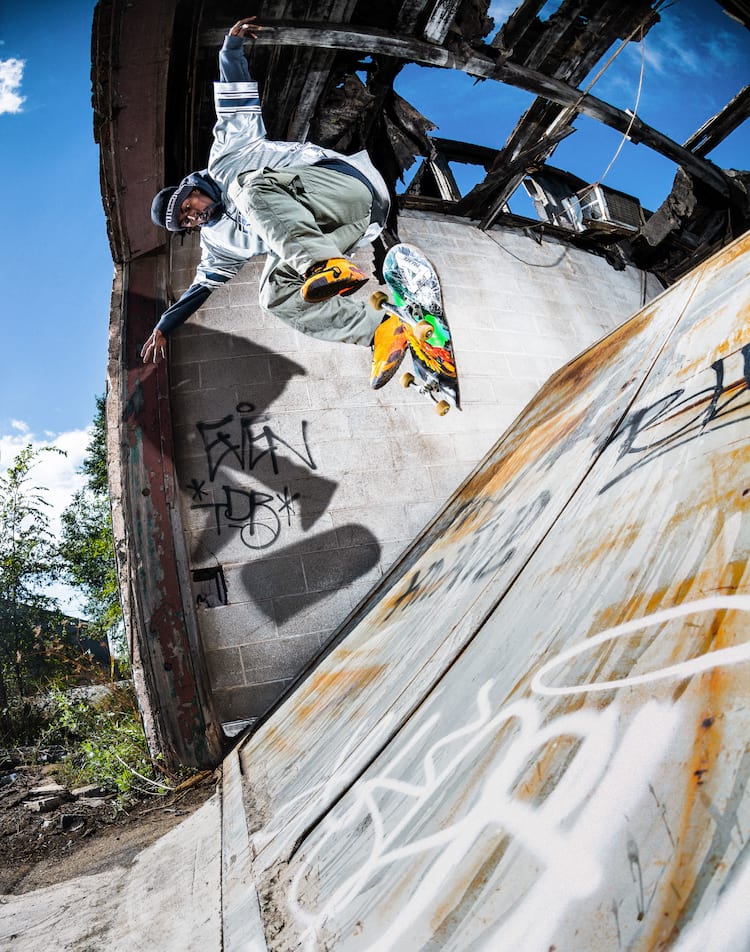 I always told myself if I ever become a professional skateboarder I'm going to learn regular 360 flips. But doing backside heelflips on everything has gotten me this far, so suck it     Photo: Pires

MENTAL HEALTHWhen I was young, skateboarding was my main source of escapism. I had lost both my parents (dad dipped, mom passed), was moving from state to state with my sister while she was in college and I was going through puberty—my brain was a mess. But whenever life felt like it wasn’t working in my favor, skating helped put all those problems behind me. Although at the time it was great, as I got older the things I tried to escape from came back into my thoughts. Depression is a daily battle for me. Some days I can’t leave bed and get overwhelmed by negative thoughts, other days I can tell that voice in my head to shut the fuck up and go on with the day. But I’ve learned that when I face my problems head on instead of trying to put them to the side and skate, I’m a way happier person. If you’re going through any mental health struggles and you use skateboarding as a crutch, it’s not a terrible thing to do, but look into therapy as well. Talking to a stranger about feelings and shit isn’t viewed as “gnar” or “extreme” and I definitely shunned the idea of therapy for years. But once I dropped my ego and stopped bottling in my past it became so much easier to let myself be content.

DATING AS A SPONSORED SKATEBOARDERYo, if you’re pursuing skating as a career, man or woman, please choose who you date carefully. Nothing will fuck up a skate trip like a partner who is not down for you traveling while they aren’t. I probably would’ve gone pro years ago if I didn’t end up in a couple poopy relationships. 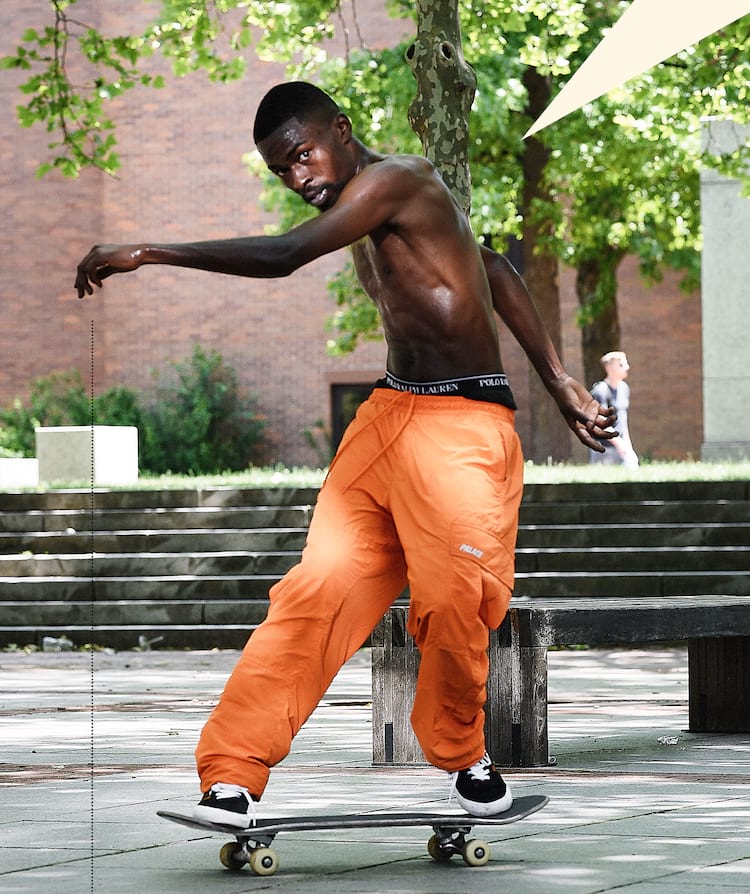 SOCIAL MEDIA/OVERSATURATIONDocumenting your progression is always the main goal when it comes to this board flipping shit, but putting out all your special-meter tricks on IG might make your video parts seem predictable. It’s cool to let people see the juice but sometimes you gotta make me wait for the sauce. But with that said, I got sponsored by Palace on Twitter, so maybe social media is the new sponsor-me tape. 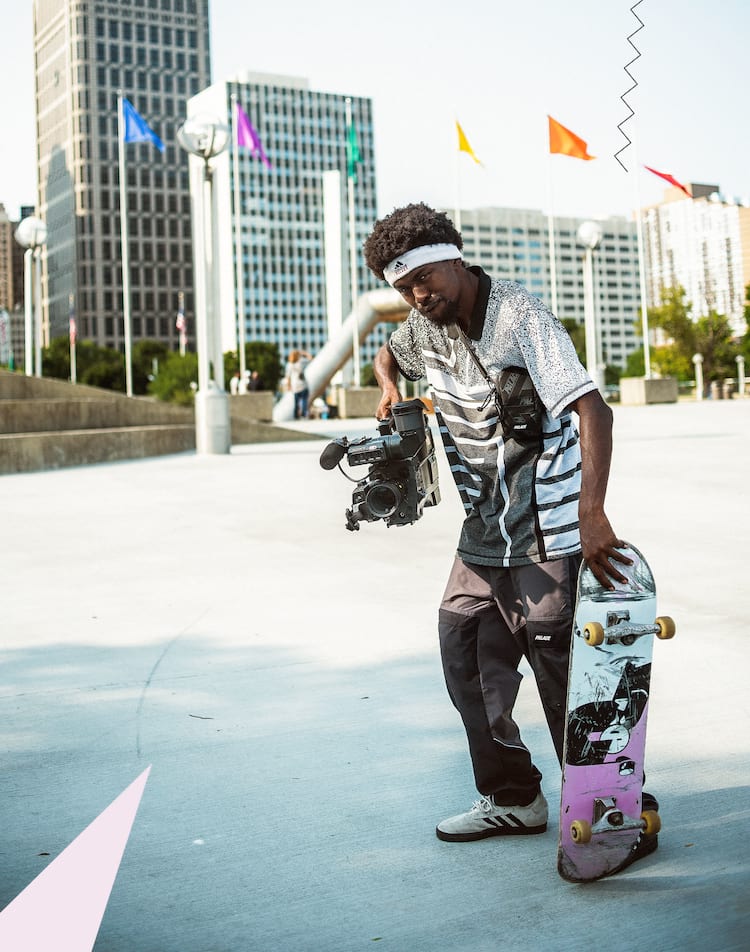 If you don't have Twitter, try one of these to make your tape 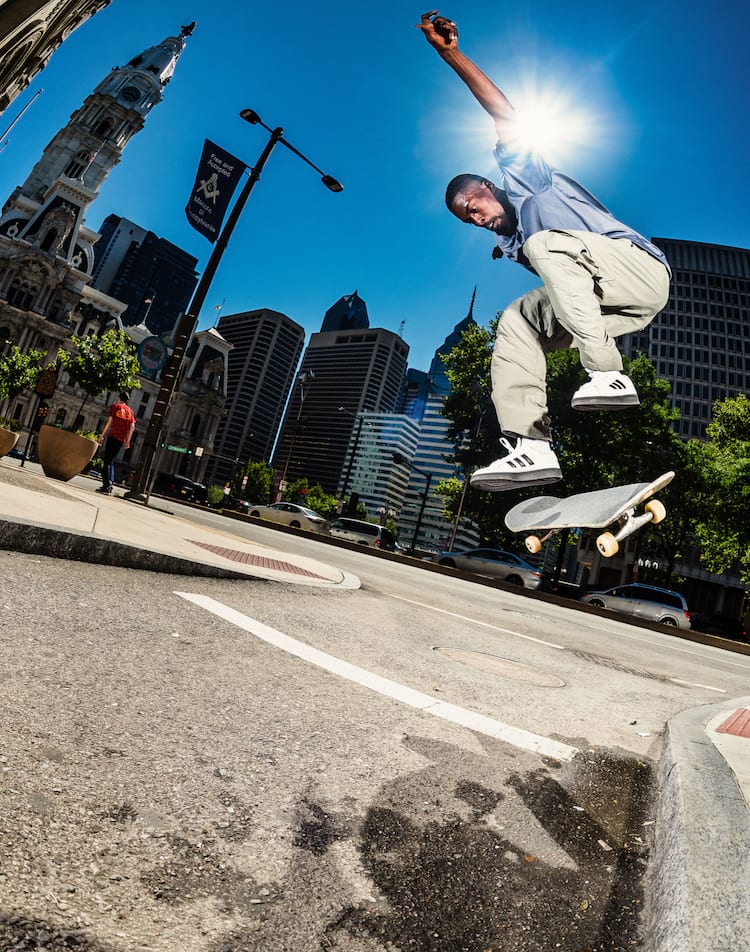 When I learn kickflips it’s over for you bitches    Photo: Pires

SKATE BEEFIf you’re like me and have a very limited selection of skateboard tricks, one way to kick start your career is simply beefing with a legend. In an industry full of cookie-cutter skateboarders with nice hair, being a heel can have a plethora of benefits. The first skate beef I ever had was with Eric Koston. The year was 2006; the website was crailtap.com. He filmed a nollie bigspin backside disaster 360 revert out on a two-foot quarterpipe and pretended like it was a Tornado Spin. Seeing him disrespect my trick sent me into a furious rage and the only way to express to him my incredible displeasure with his actions was to film a diss video. After giving him all the bars and politely asking him for his wallet, I uploaded the video and watched the potential of being friends with a legend go down the drain—but also watched my skate career blossom.

BROWSING HISTORYOnce you skeet you must delete. 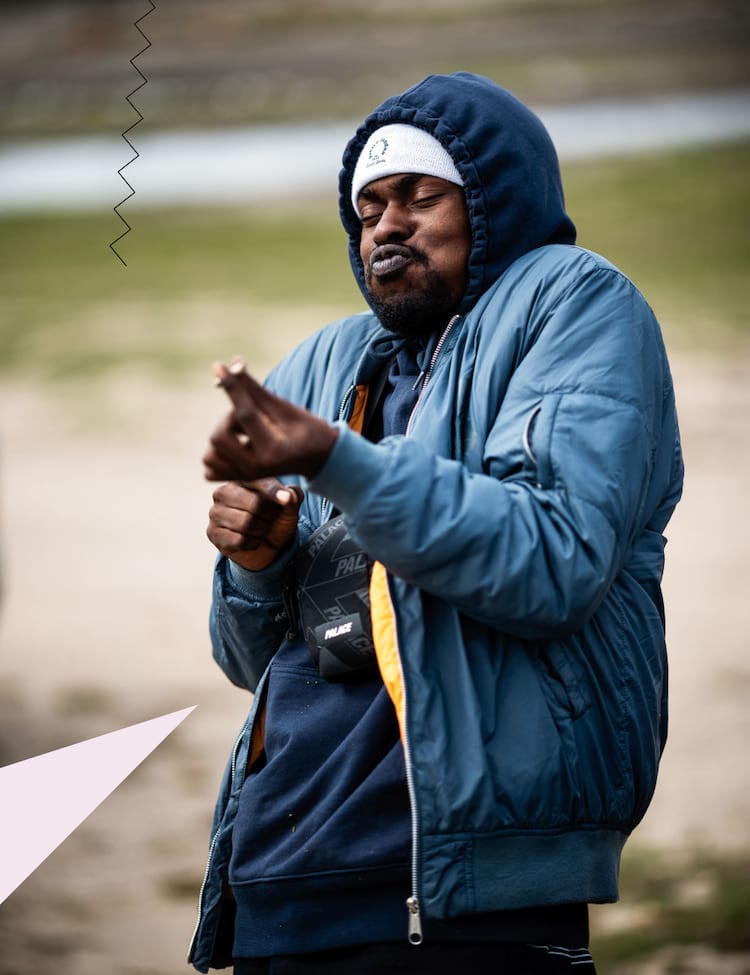 The look when you know the history is cleared

SNOWIt’s 2020 now and even with all the talks of global warming one of my main beefs in life is snow in any of its forms—sleet, flurries, fluff, they’re all on the shit list. I was going to make this about East Coast winters in general, but at the tender age of 30 I’ve finally perfected the art of layering. But no amount of layers will make skating possible if snow is on the ground. Thankfully we have skate video games. 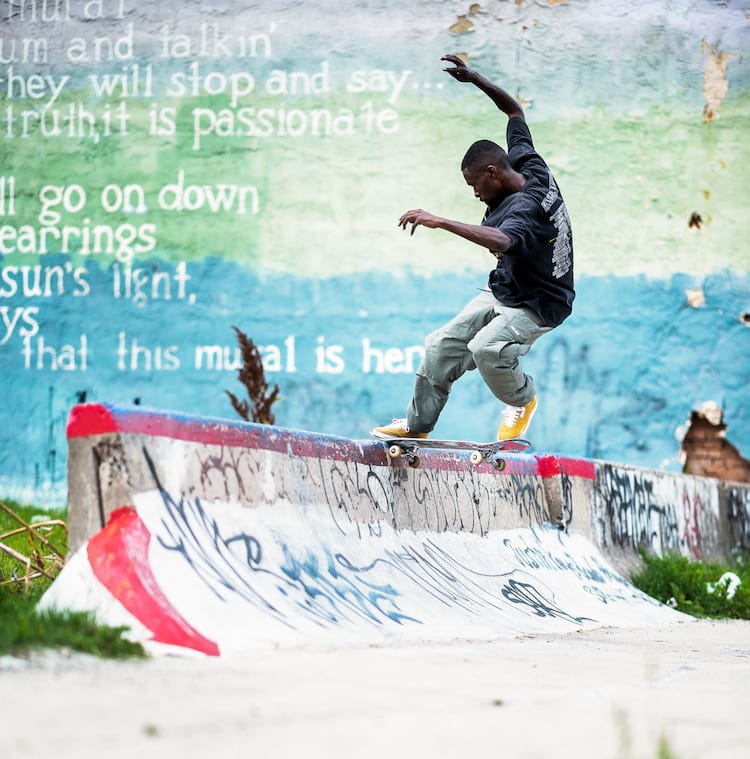 This should’ve been a Tornado Spin sequence but my spinning abilities are far too powerful to be caught by camera     Photo: Pires

WORK WITH WHAT YOU GOTSince I was a teenager I’ve always had dreams where I had fire-ass kickflips. I had dreams where I would switch backside flip down triple sets while Jim Greco and Kanten Russell cheered me on and told me I was the man—only to wake up and remember that my ankles don’t flick like that. It used to keep me up at night, crying into my favorite Limp Bizkit shirt and punching holes in random walls. Then one day after years of frustration and angst it dawned upon me: Damn, if everybody and their moms got banging kickflips, do I really need them? Ever since then I’ve been doing rocketed heelflips and now I’m a billionaire. You can do the same. 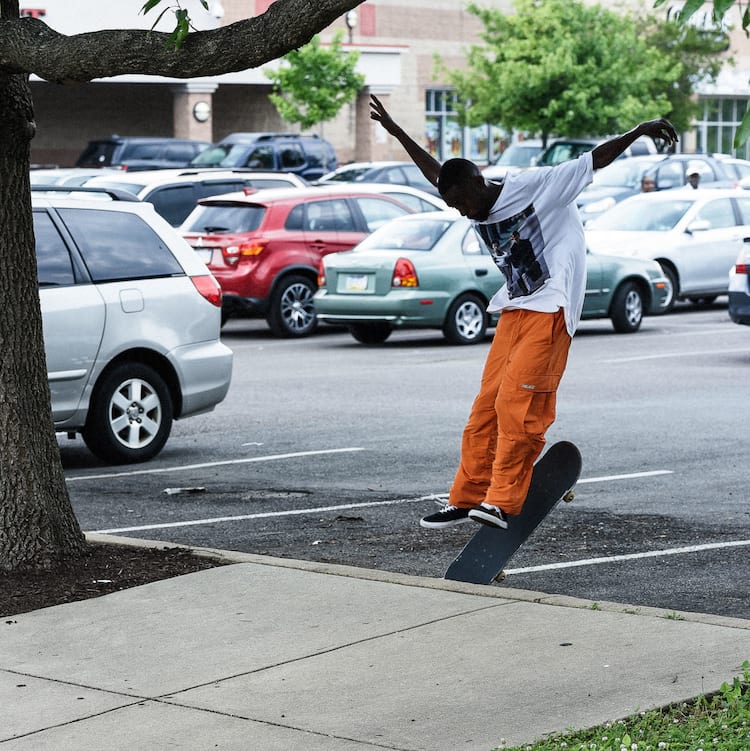 I’m having a Photoshop competition using the third frame. The person who makes me style on ‘em the hardest gets all the gnars and Pop-Tarts     Photo: Pires

TAKE A PHOTO WITH TONY HAWKNow, I can’t fully prove that this has any weight, but after meeting Tony Hawk my skateboarding and general quality of life went up drastically. My heelflips started popping a lil’ higher, women started laughing with me instead of at me, adidas started sending me on trips and Palace accidentally turned me into a professional skateboarder. None of this would be possible for me if Tony Hawk never agreed to stand next to me for ten seconds. 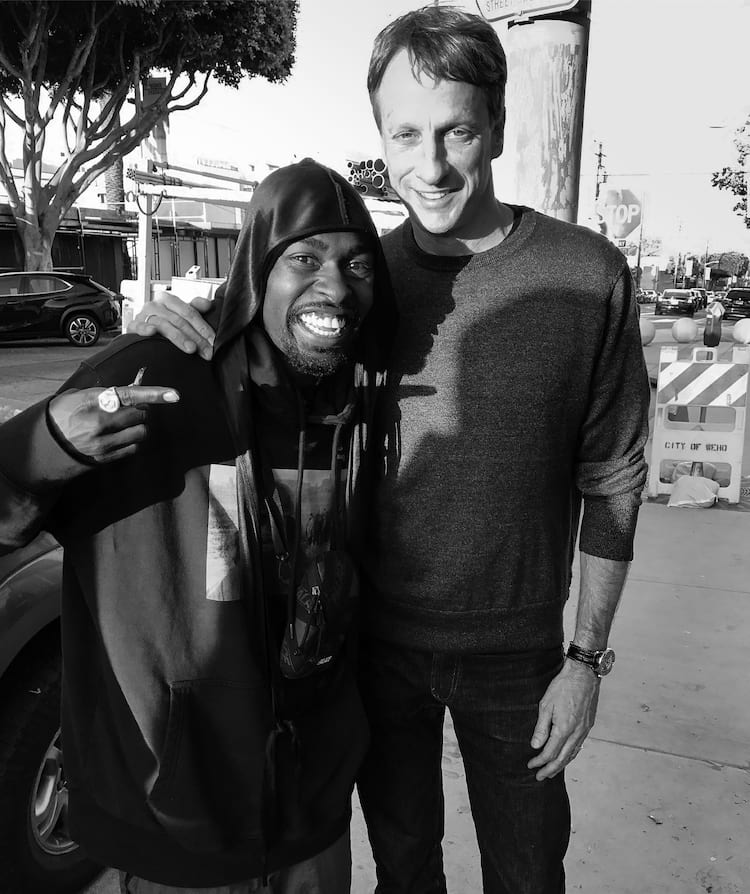