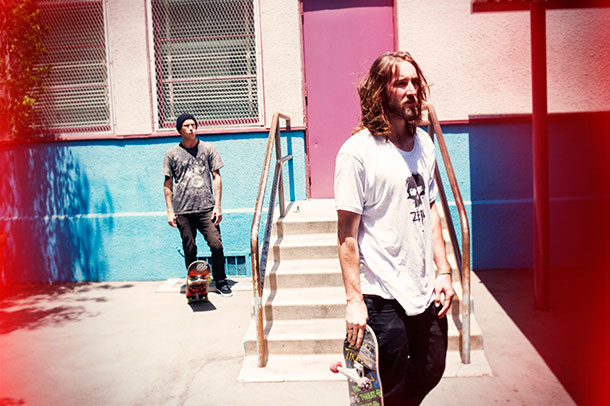 Frazzled at the thought of another giant rail


Catch up with Garrett Hill in this interview where he talks about going back to Zero, skating in the valley, and social media.


When you were getting into skating was it a goal to become a pro skateboarder?
When I was getting into it, no. If anything the goal was to find something else besides basketball and track and field. Me and my brother had a few crappy coaches after our dad stopped coaching and we were over it. It wasn't until a few years in that I realized that some people were able to make a career out of it. Then it became a goal.

Now that you've accomplished that goal is it all that you thought it would be?
Actually, no. People make it seem like once you turn pro you've got it made. In fact it's the complete opposite. Once you turn pro, that's when your hard work really starts. Yes it is still amazing to see boards and trucks and clothing with your name on it, but there are always going to be new goals to achieve, new rungs on the ladder to get to. 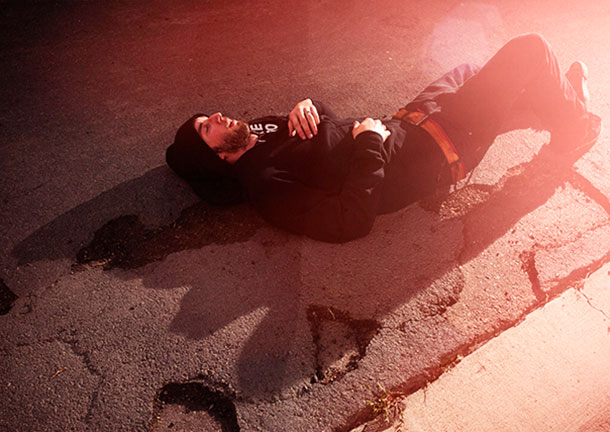 Ok, let's ask some favorites; What's your favorite place to skate?
A good secluded ditch or P-Rods park with the boys.

What's your favorite thing about being a pro skateboarder?
Being able to inspire little kids to skate. That is the most important and rewarding thing about being a pro - seeing the excitement from the next generation of skateboarding. There are downsides to every profession but this was my dream job since I was ten years old. There are a thousand positives to every negative in what I do.

What's your favorite place you've ever been for skating?
My favorite place I've ever been to skate was London. The weird thing is it's not even about the spots because it's not like China where everything is marble and perfect, it's the atmosphere. I felt really comfortable and inspired skating there. If I could be born again I'd pick to be born in London. 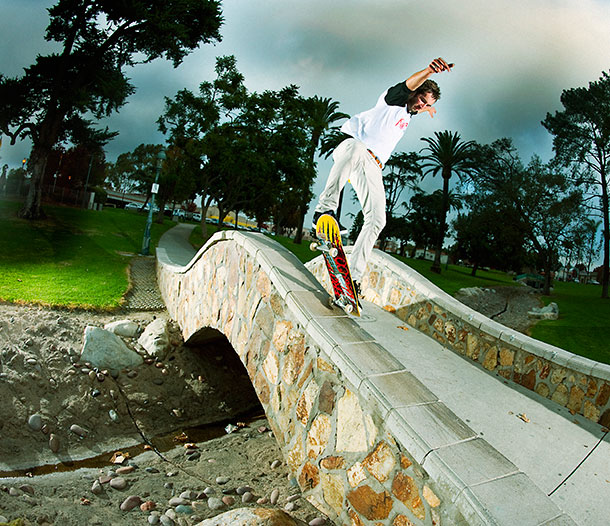 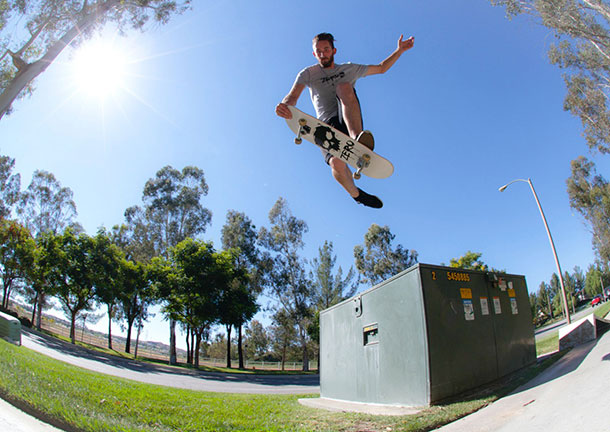 I've noticed that you've been skating more contests lately, do you enjoy skating the Dew Tour or is it more of a means to pay the bills?
Skating contests or even skating itself was never about doing something to pay the bills, it was about challenging myself. Skating a contest can be a really uncomfortable and nerve-racking situation. I deliberately put myself in those scenarios to force myself to grow. It's the only way I can grow and now I love skating them.

How was life growing up in the Valley? For those people out there that do not know, what is the Valley and why is it special?
Growing up in the San Fernando Valley was perfect for me. I had everything I needed here to have fun and motivate myself. I got to grow up skating with my brother, P-Rod and Mikey Taylor. We still skate 17 years later. I don't know what I did to have gotten that kinda luck and opportunity in my career, but I am truly grateful for it.

So you are back on Zero. What were the events that brought you back home again?
Once we decided to discontinue Threat it was kinda hectic. Black box was in the process of joining Dwindle and I didn't really have a plan. After all that settled down I had a few talks with Jamie and we both decided on me coming back to Zero. It just felt like the right thing to do. 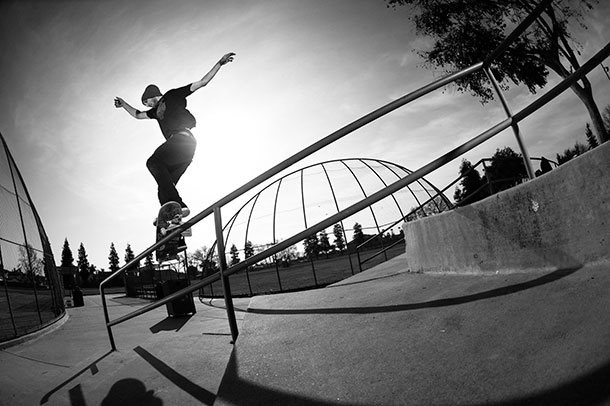 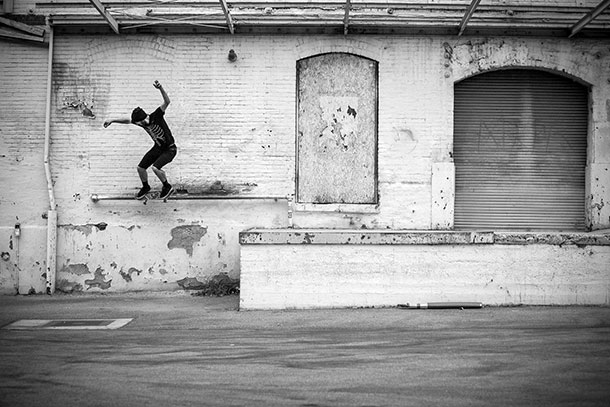 Off the wall crooks. Photo: Taylor

Zero has always had a spooky side. Did they bring you back because you're so much like a wizard?
Zero has always been dark and macabre and that's why I have always been drawn to it, especially as a high school kid that didn't fit in with anyone. Although I am truly a fuckin' wizard, I actually have lightened up a bit over the years. Haha!

And what about your buddy Forrest? Will he be brought on to the Zero squad?
I hope I will never be able to give you a solid answer about what Forrest is doing at any given time. He is the unstoppable wildcard.

What were some of the high points of running your own brand, Threat?
The challenge was what I wanted and, believe me, it was such a wake-up call getting to experience that. Although running a brand isn't rocket science, it takes ten hands to weave a basket. In Threat's one-year life span we had two hands the whole time. I enjoyed that struggle because it was new and exciting. 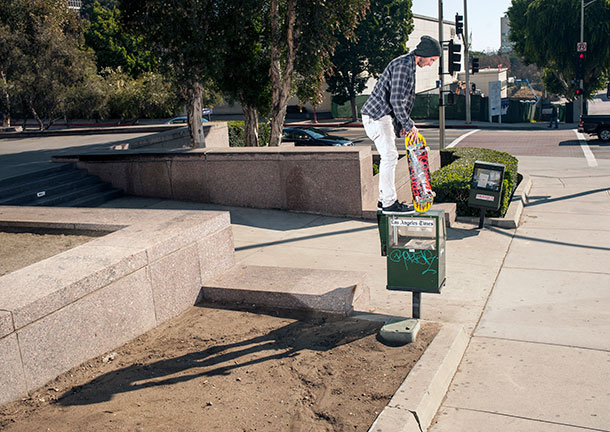 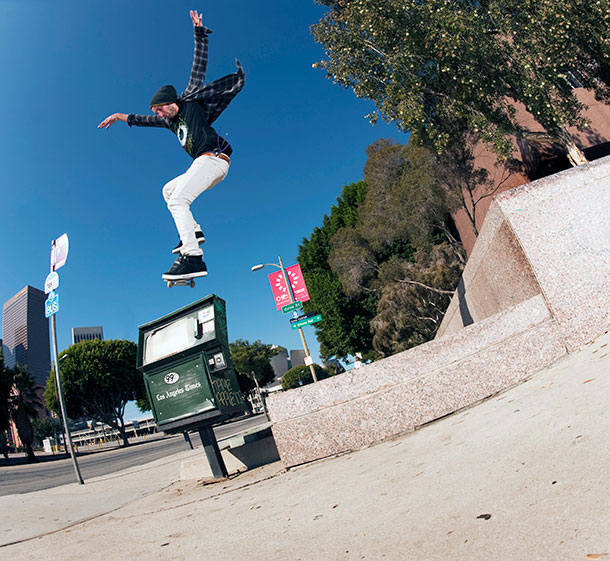 The only thing that box is good for

Catch us up with the Zero team these days. How's the dynamic?
Zero's dynamic to me was always chaotic, but in that chaos we find a way to bond. We have always been that fucked-up dysfunctional family of orphans and extreme personalities that somehow gets along really well. It's still like that today.

Is the Chief as gnarly as ever? Or has he gone soft?
Chief will be Chief forever. Soft will never be a word that I'll use to describe him.

Who's the filmer these days? Is the filming schedule as aggro as always?
We have a new filmer named Buya. He's saved in my phone as Booyah! 'cause I still don't know his real name and kinda don't want to know it! Our filming schedule has been crazy lately getting No Cash Value ready. 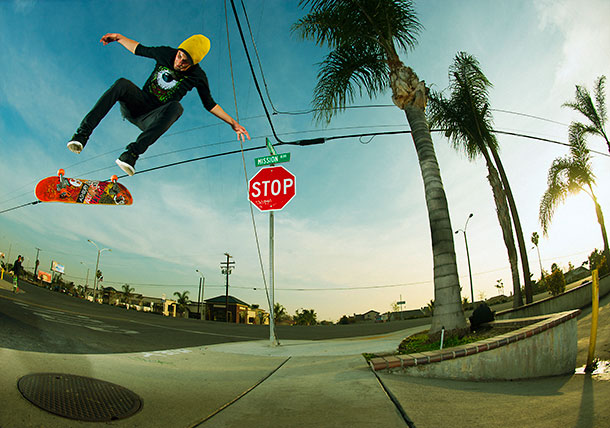 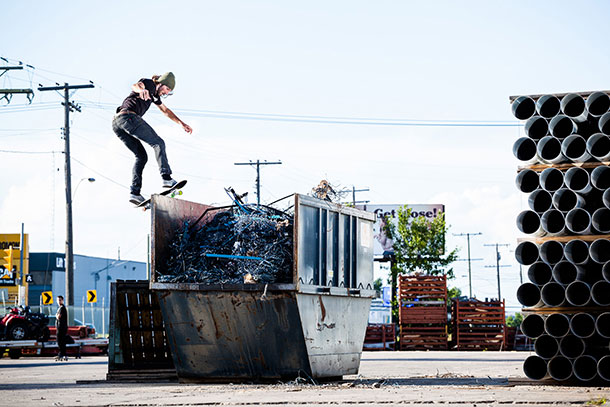 Out with the old, in with the flash n roll. Photo: Neufield

We've noticed you've gotten very active on social media in the last year. Who put you up to this? Did you read a book about it or some shit?
That's funny you say that 'cause I really didn't enjoy it before. Over the past two years I've skated a lot more with my Valley dudes that I grew up with like P-Rod and Mikey Taylor and met Mikemo and we all can't help dorking around all the time. It's so much fun when we all skate that it's really easy to come up with funny things to film and post.

How's it going so far? Have you gotten that Mikemo bump yet?
Yeah the Mikemo bump is solid. And speaking of bumps, where's that Thrasher bump!? @garretthill You know what it is!