My first photo in Thrasher was a frontside ollie. It was a Somethin’ Else in Tampa. I was probably eight. I don’t even know how the frontside ollie thing started. I just started ripping at ’em on the ramps and in the street. Shortly after that we got the mini ramp in the backyard. Just kept progressing with it, I guess. It sorta evolved. At first I’d ollie below the coping then later I learned the bonk. There’s so many ways to do the ollie. It just depends on where you’re at and what you’re ollieing off of. Frontside ollies, it’s up there for sure on my list of favorite tricks. Backside airs, roll ins and frontside ollies. Everyone’s got their own ollie; they’re not all the same. —Grant Taylor 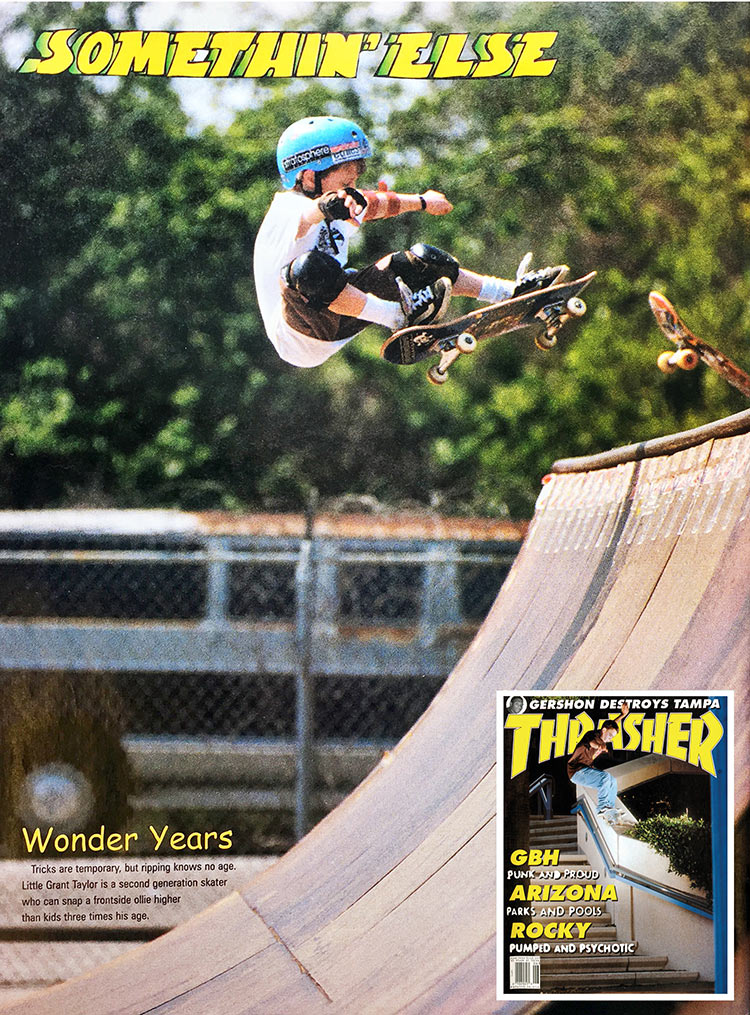 He’s got a solid straight-up-and-down ollie. He’s got good floaters. It’s almost like you don’t even really see the tail or wheels. He just kind of floats it really good. He’s got a different arm steez, too. Ollie photos, there’s just something about them, they get captured really well. He’s got the timeless photo ollie. 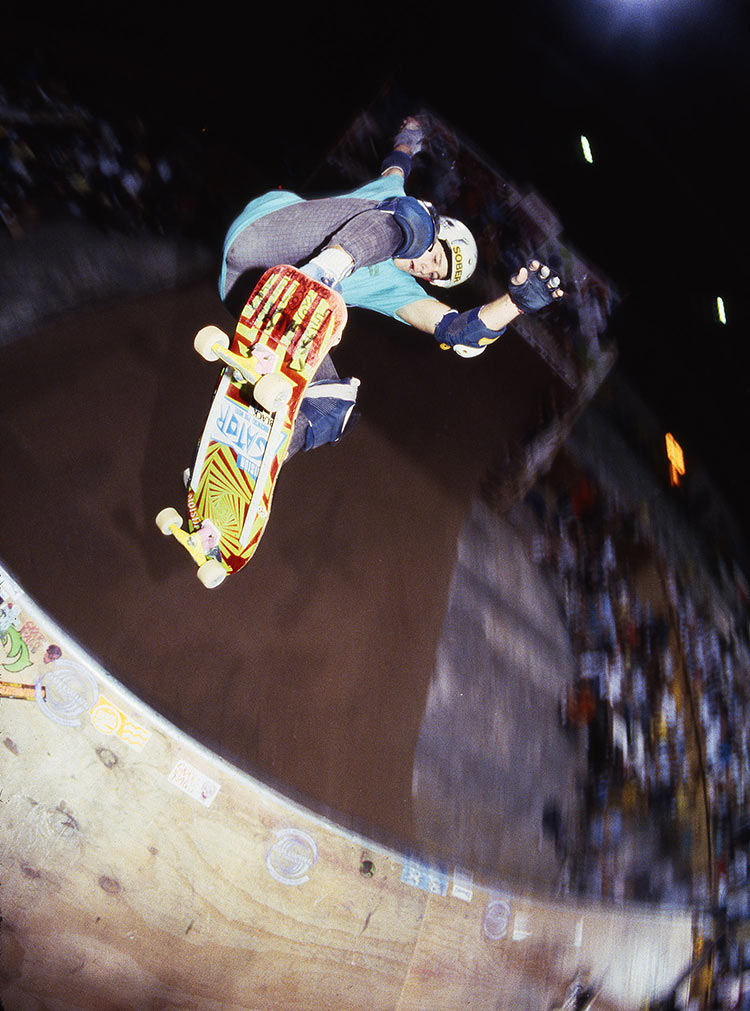 Damn, Hewitt, dude, he’s got another mean drifter. I just think of his ollies like if you’re just really, really going too fast and you sort of just take off. Might be going to truck, might get a little bit of tail but definitely drifting at least eight-to-ten feet. There’s even some toe action going on. It’s like the board is not even gripped to the foot. It’s just like some crazed toe action. 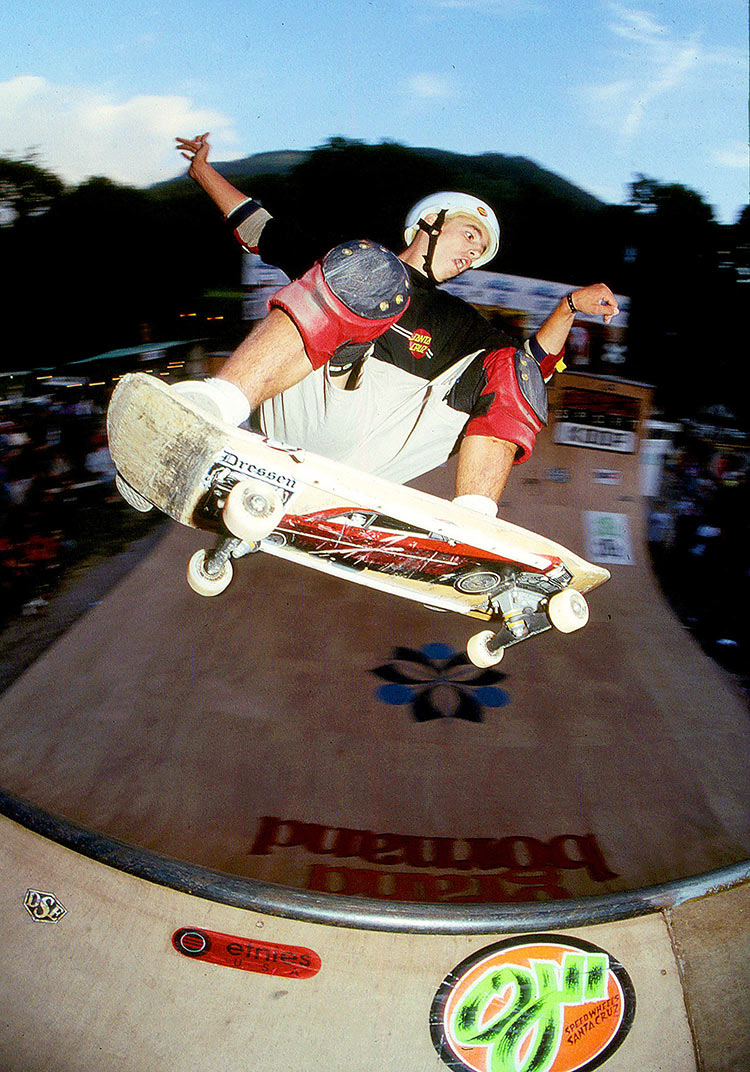 Gotta put Jimmy Wilkins on there ’cause goddamn! He is like the New World Order of ollies! Big front leg dip.
He’s probably got one of the highest ones out, for sure. I can’t wait to see that dude skate again. 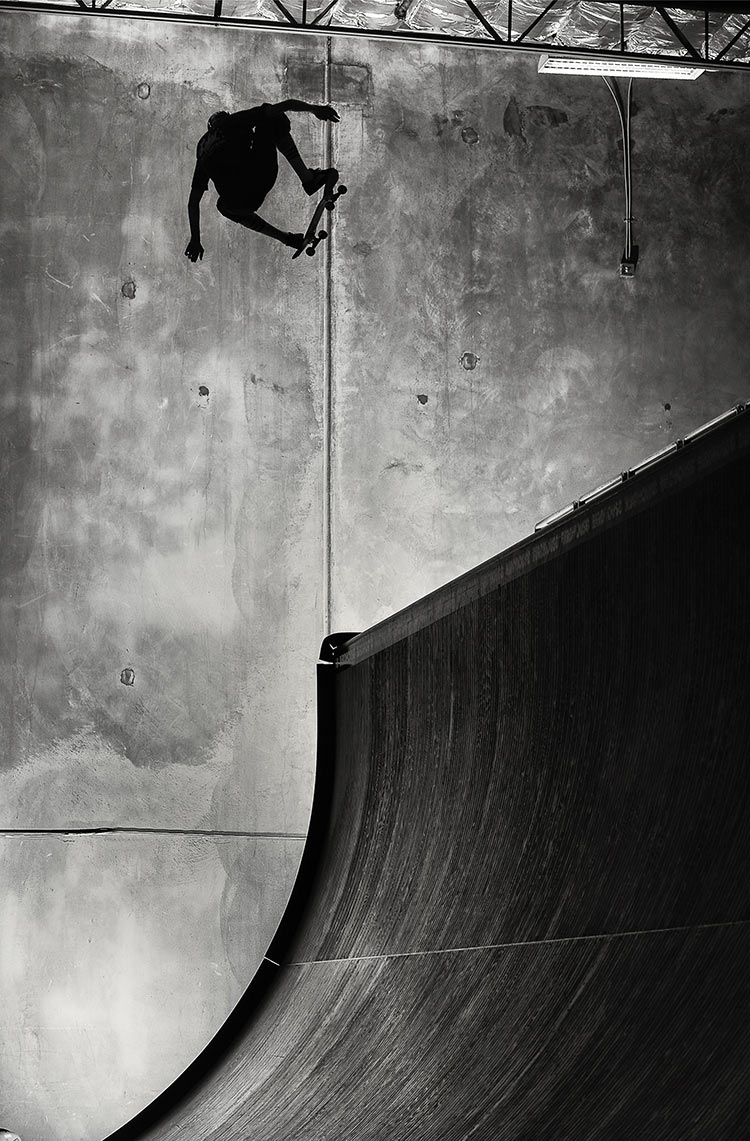 He held me as a baby. He was passing through Atlanta on a skate trip and I was just recently born. He held me as a child and passed on the great frontside ollie. That’s what we always joke about. He’s got a mean front leg dip, almost like the Wilkins style where you kinda drop that front leg. My favorite one that he did, I had it on my wall in my old room, it was a sequence at Rumble in Ramona where he’s going super far before the channel and just frontside ollies so fuckin’ far and high. You gotta put that one in the mag! That one is insane. I still trip on that.

I have to put Couch in there ‘cause he’s a dude who can kinda do all the different types of ollies. He can ollie low and tweak it around; he can do the wheel bonk; he can do drifters; he’s got alley oops. Couch is one of those guys who sort of figured out the ollie and all the different ways to do it. 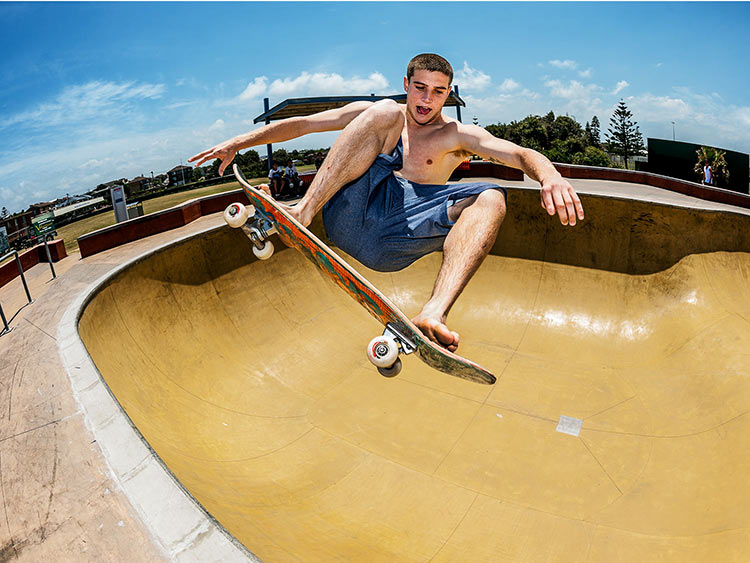 The sequence of the alley oop over the little channel—that must’ve shook a lot of people up. 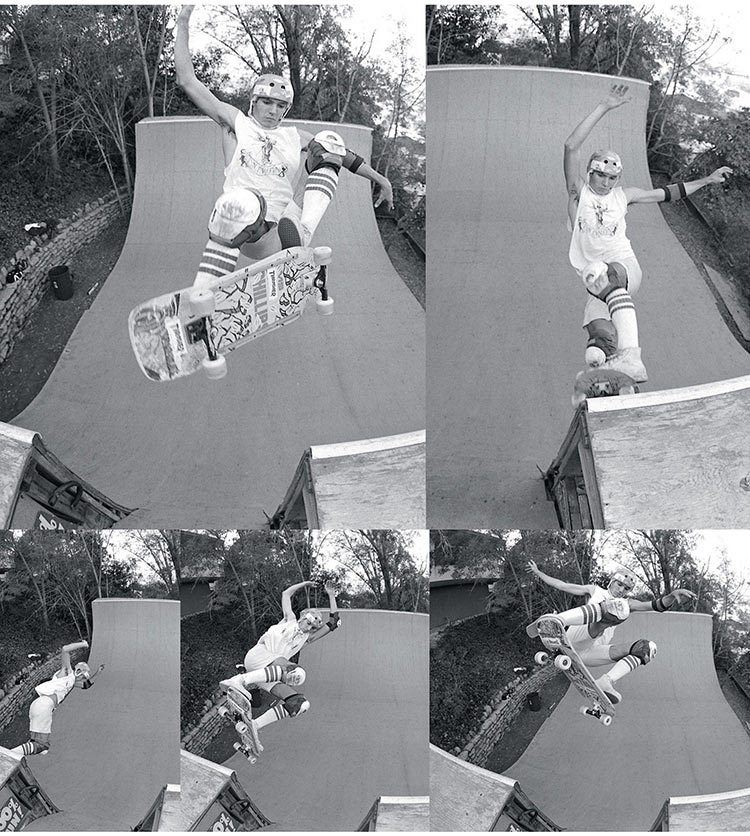 And let's close out with Grant himself... 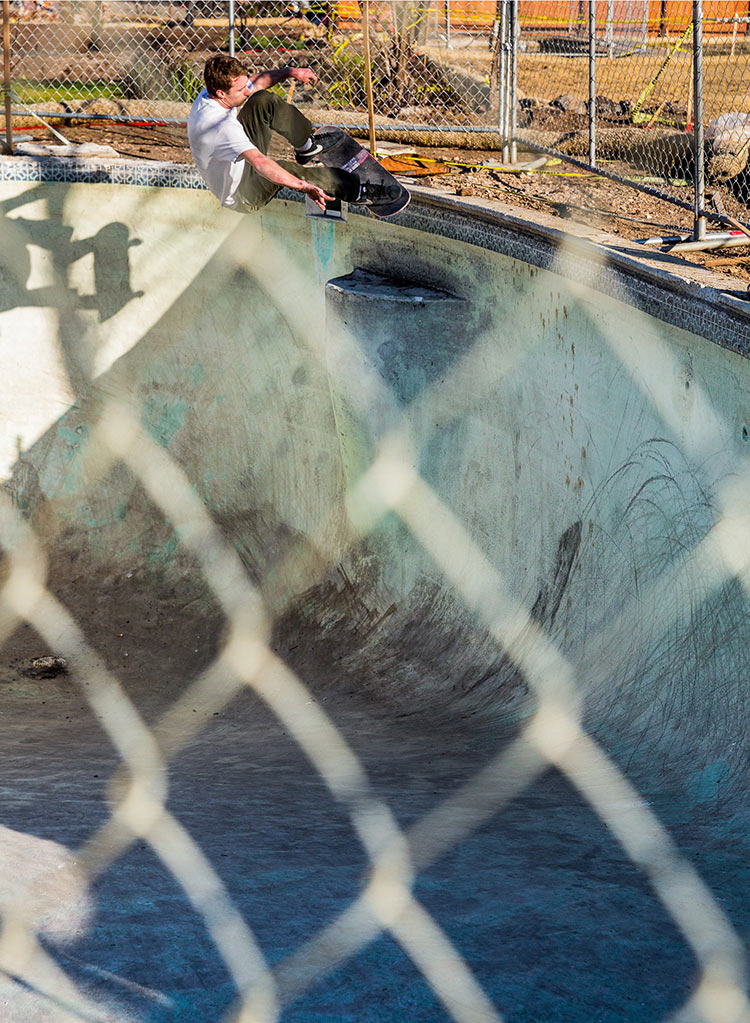 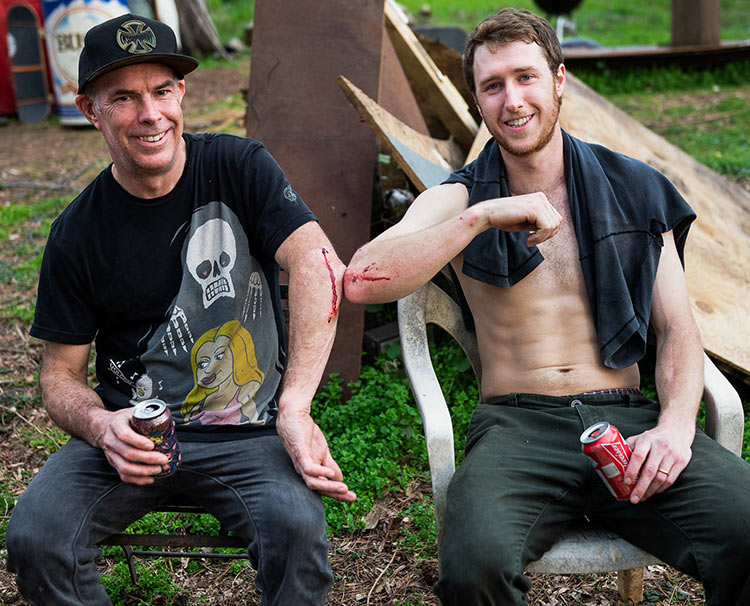 The family that bleeds together... Thomas and Grant  /  Photo: Brook