GX1000's "Urethane in the Membrane" Article 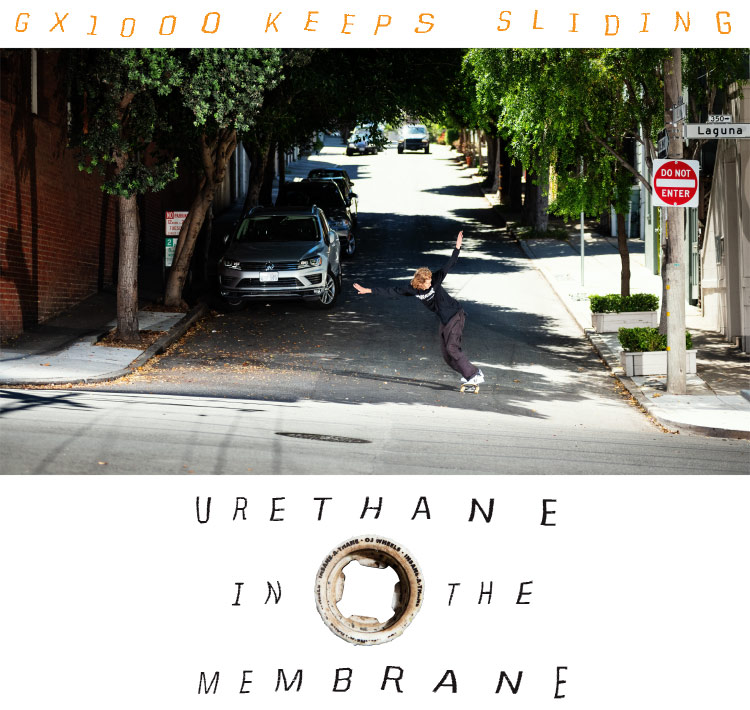  But where do all the wheels go? Andrew Torralvo burns some ’thane over this lengthy street gap     Photo: Zaslavsky

San Francisco is only 49 square miles, but it’s a powerful parcel, carved by peaks and valleys, bridges and boulevards, ocean and bay, all defining the soul of skateboarding. Though Southern California gave birth to the stuntwood, it grew up in the concrete jungle of the City. Not only were tricks invented here on a daily basis, but the face of skateboarding flourished in a multicultural canvas reflecting the diversity of the Bay Area. During the late ’90s, the Mecca of skateboarding started to lose ground. As pros moved away, skate tourism declined, and one by one, legendary spots were knobbed or demolished. Ironically, a city known for street skating forged a new identity with the construction of skateparks—Potrero and SOMA. Give ’em their due, but a scene of such magnitude cannot be defined by a skatepark. It took a crew of dudes screaming down the City’s mountainous terrain to reassert the energy we’d lost. Led by the camerawork of Ryan Garshell, the GX1000 posse revived the legacy of our hill-bombing forefathers, legends like Tommy G, Sean Young, Noah Peacock and Frank Gerwer. But Ryan wasn’t just documenting this rebirth from the sidewalk. Neck and neck with his subjects, he was barreling down the precipice, delivering a perspective to the world that can only exist in one place on the planet—San Francisco. Since the last GX1000 feature vid a couple years back, the crew has multiplied, and adventures far beyond the City limits bring a new dynamic to the action, but the mentality remains the same—bombs away, a spirit born and bred in SF. 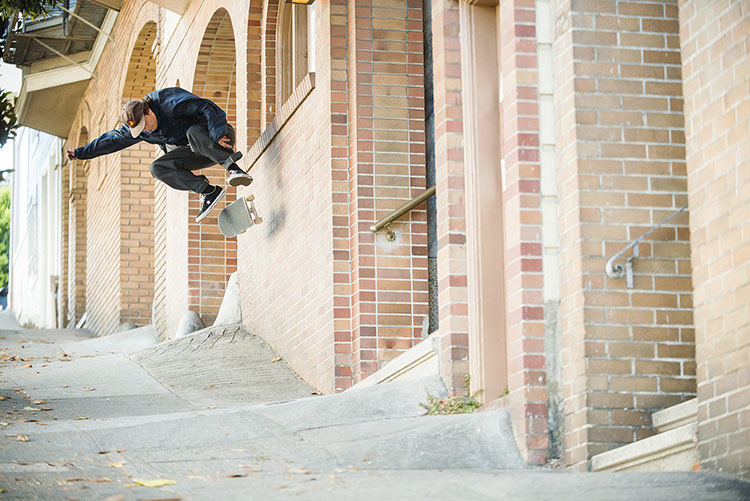 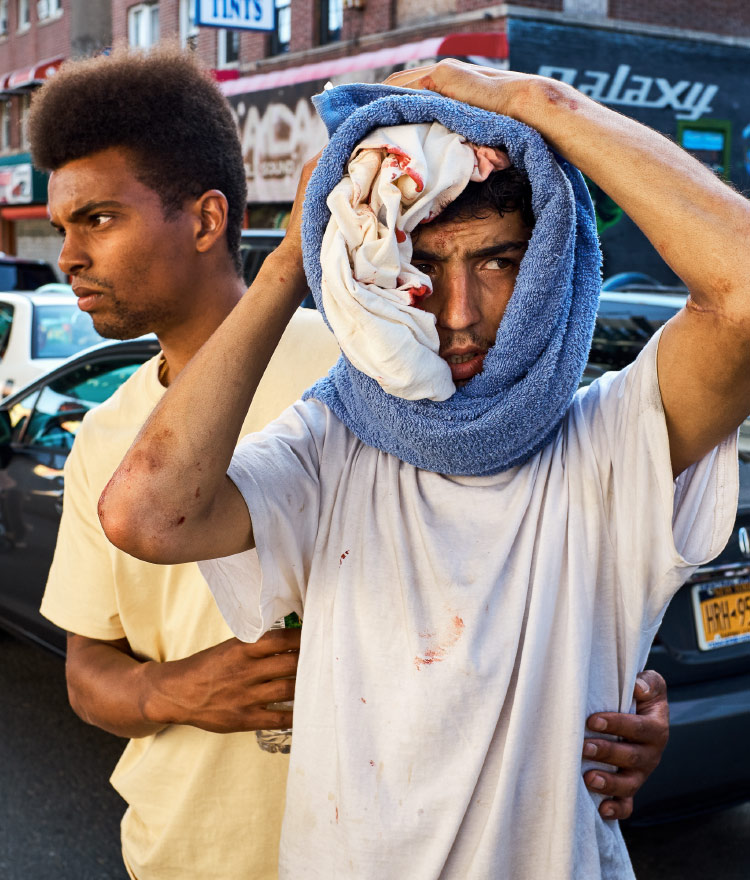 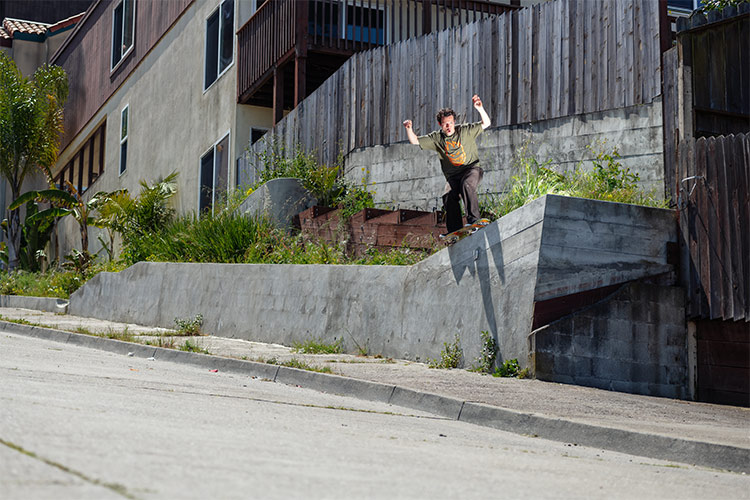 The speed he loses on the uphill grind will be repaid tenfold when he lands into the hill. Jesse Vieira, long-distance 50-50     Photo: Zaslavsky 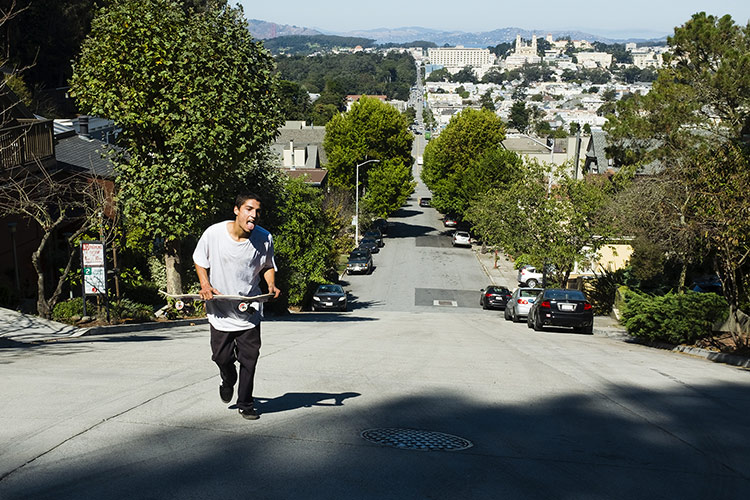 Sometimes you gotta climb back up     Photo: Palozzolo 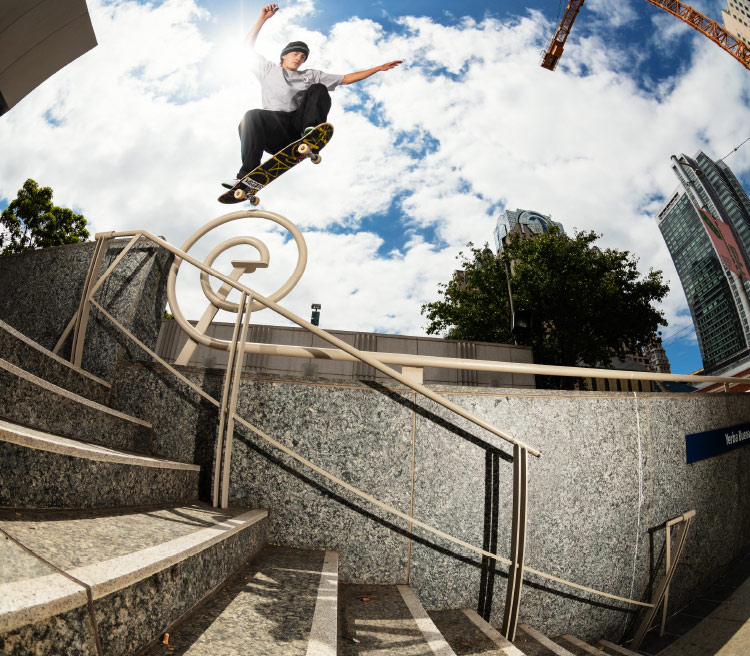 Eddie’s dad was a vert skater and his nickname was “Cernicky of Death.” The apple doesn’t fall far from the tree—pole jam of death off a skinny ledge and down a ten set     Photo: Zaslavsky 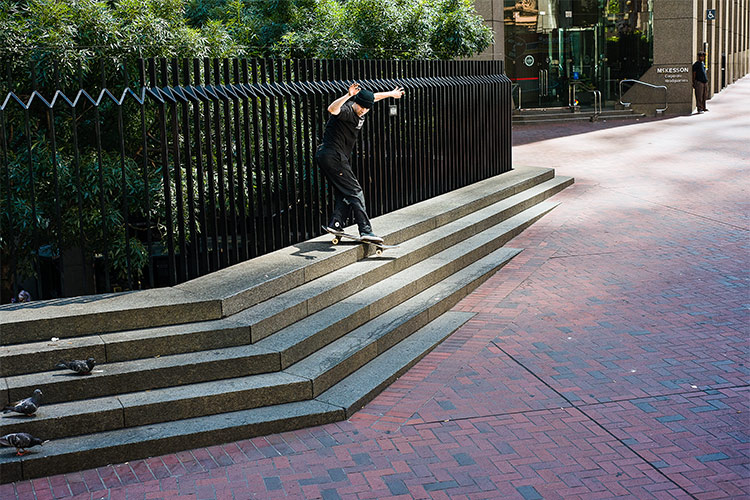 It’s seen its fair share of tricks up and down, but Matt Finley’s back lip at the New Montgomery Bart station was uncharted territory     Photo: Palozzolo 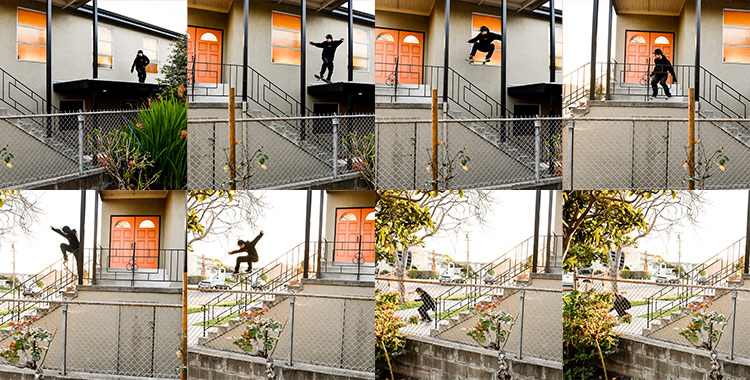 The fastest feet in The Bay, Yonnie Cruz double snaps from roof to stoop to sidewalk     Sequence: Zaslavsky
  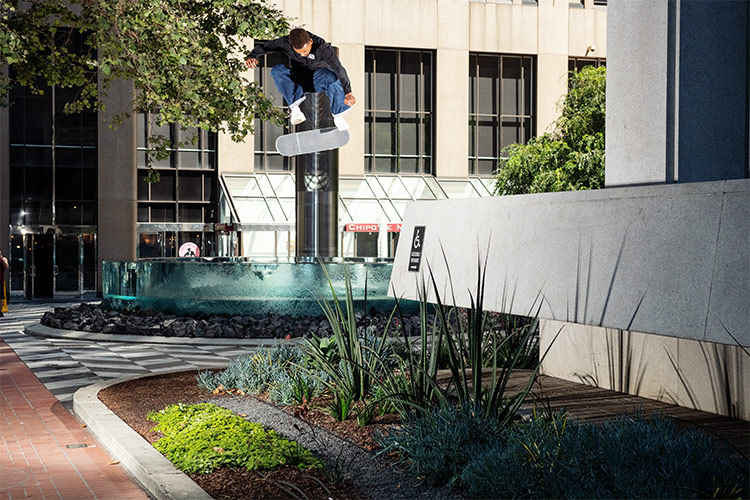 Nile Gibbs works at the 66 6th Street store. During break he mobbed a few blocks away to this massive Market Street gap and nollie flipped it with finesse     Photo: Zaslavsky 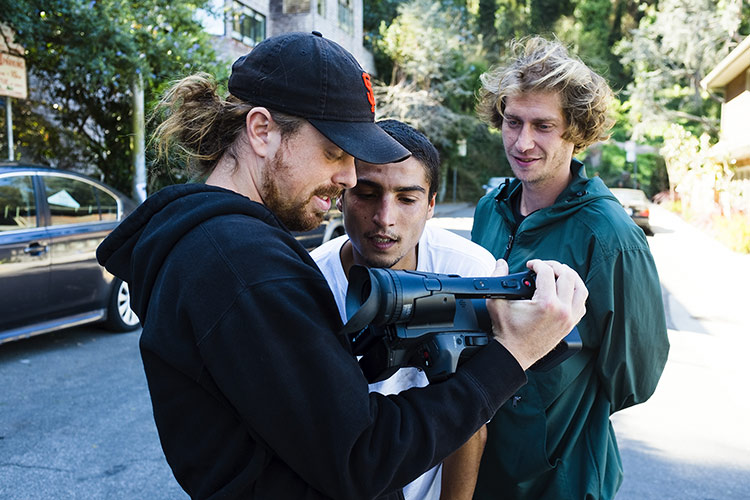 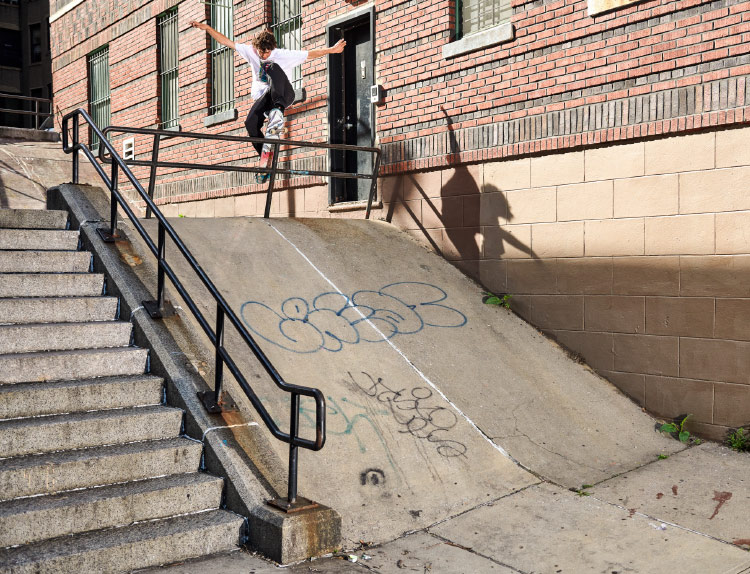 Pablo had to leave the session early to get his head stitched up, so Manchild pole jammed into the bank in his honor     Photo: Mehring 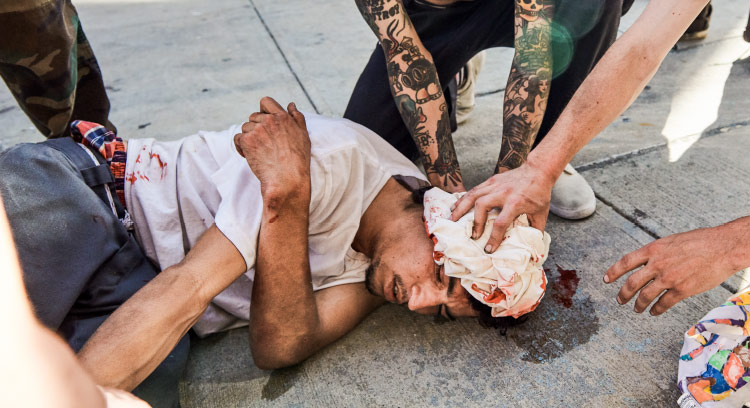 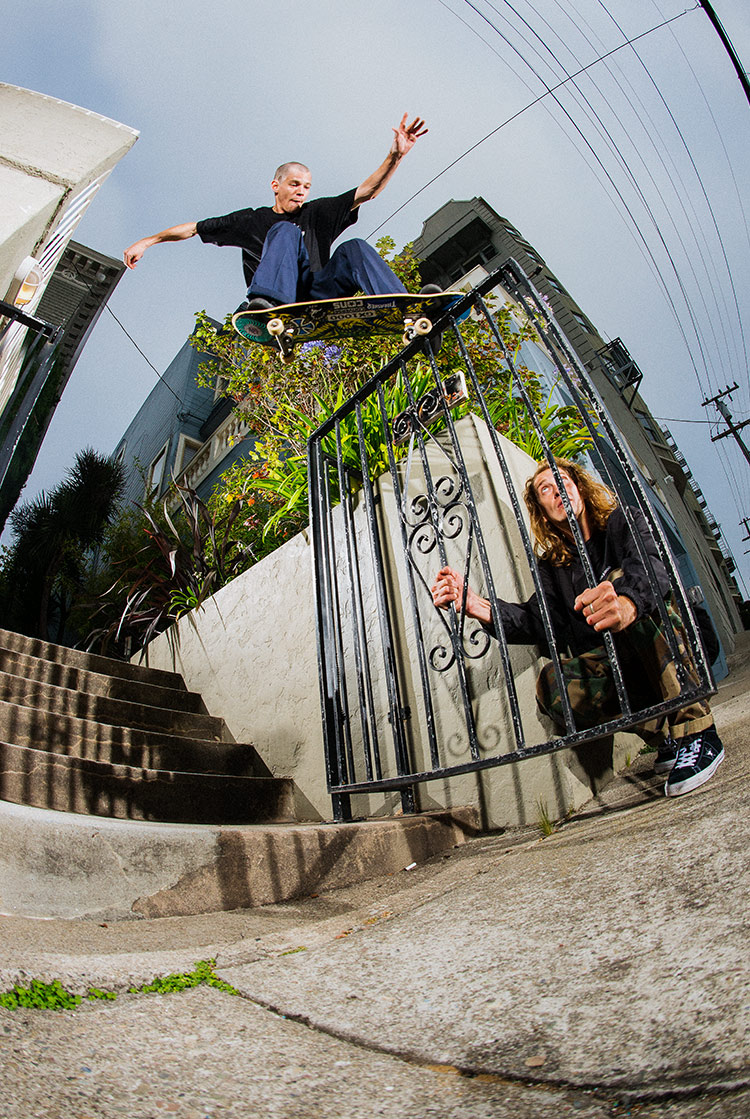 Sean Greene once told me he shaves his head so he can see his scars. Luckily, he didn’t give any to Andrew on this crooked grind     Photo: Palozzolo 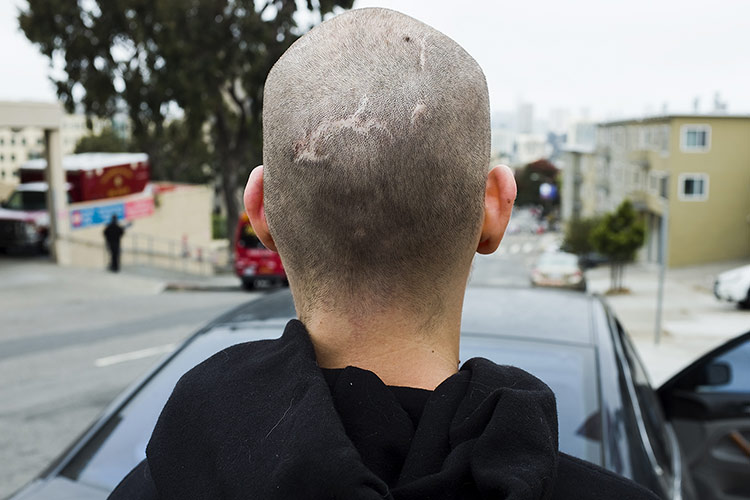 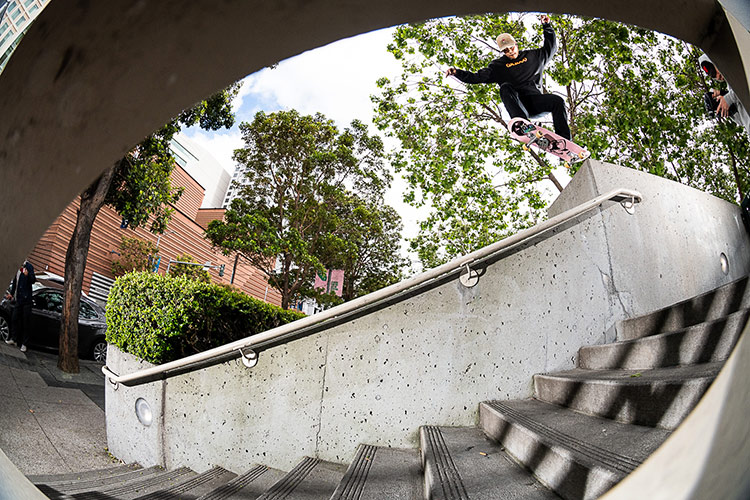 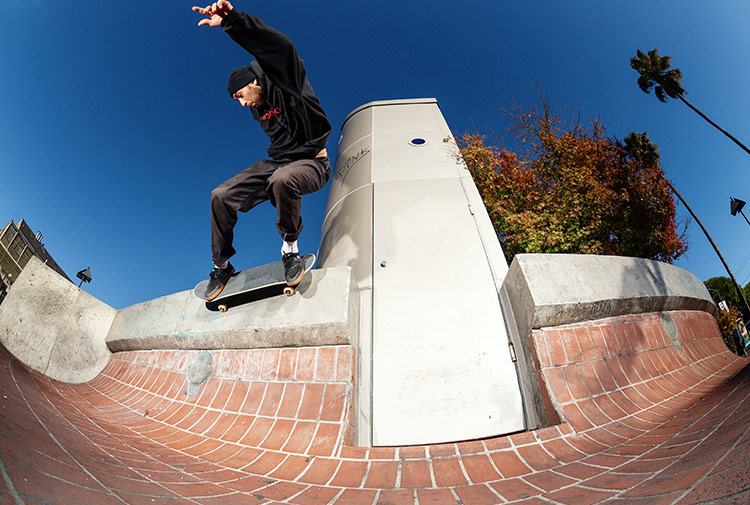 Twenty-fourth Street has so much history in this city. Add Adam Taylor’s gap to wallride to the annals     Photo: Zaslavsky 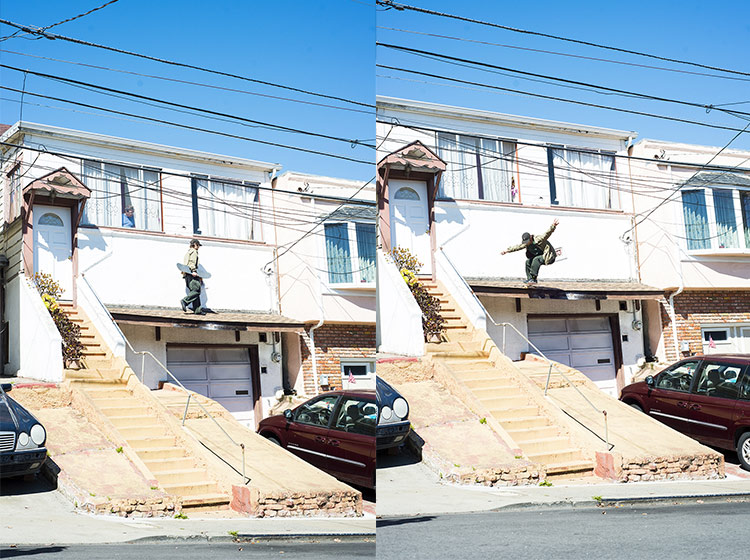 Hitting house spots, even when the owners are home—NFG! Zack Krull, roll in for the residents     Photo: Palozzolo 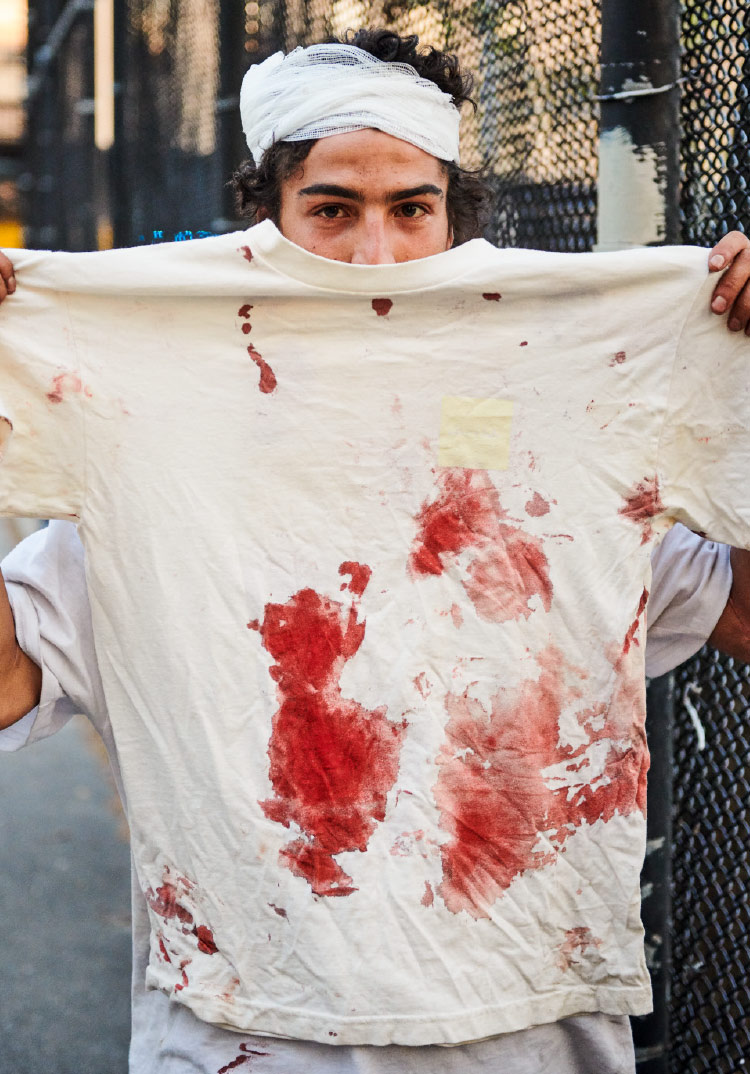 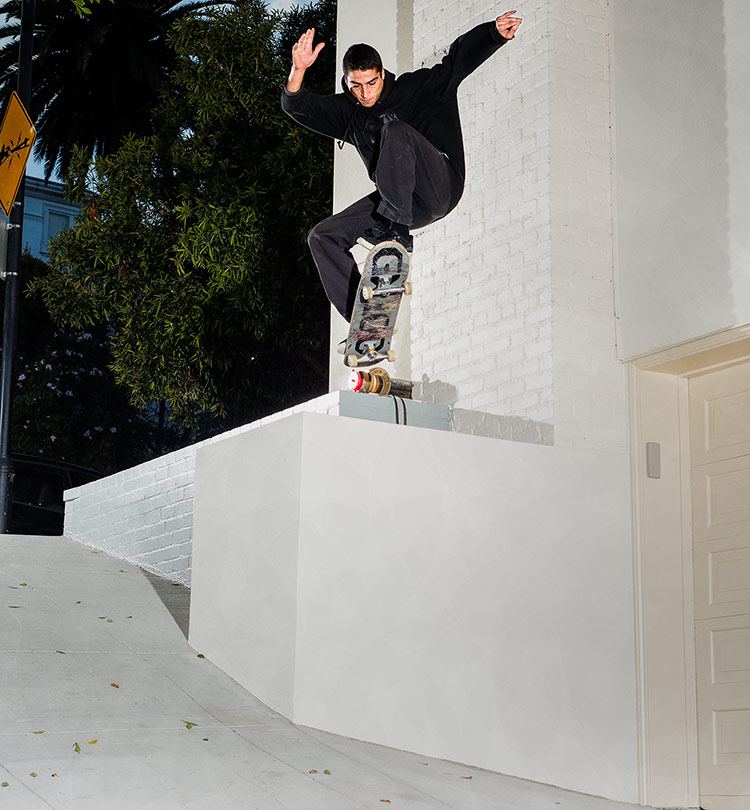 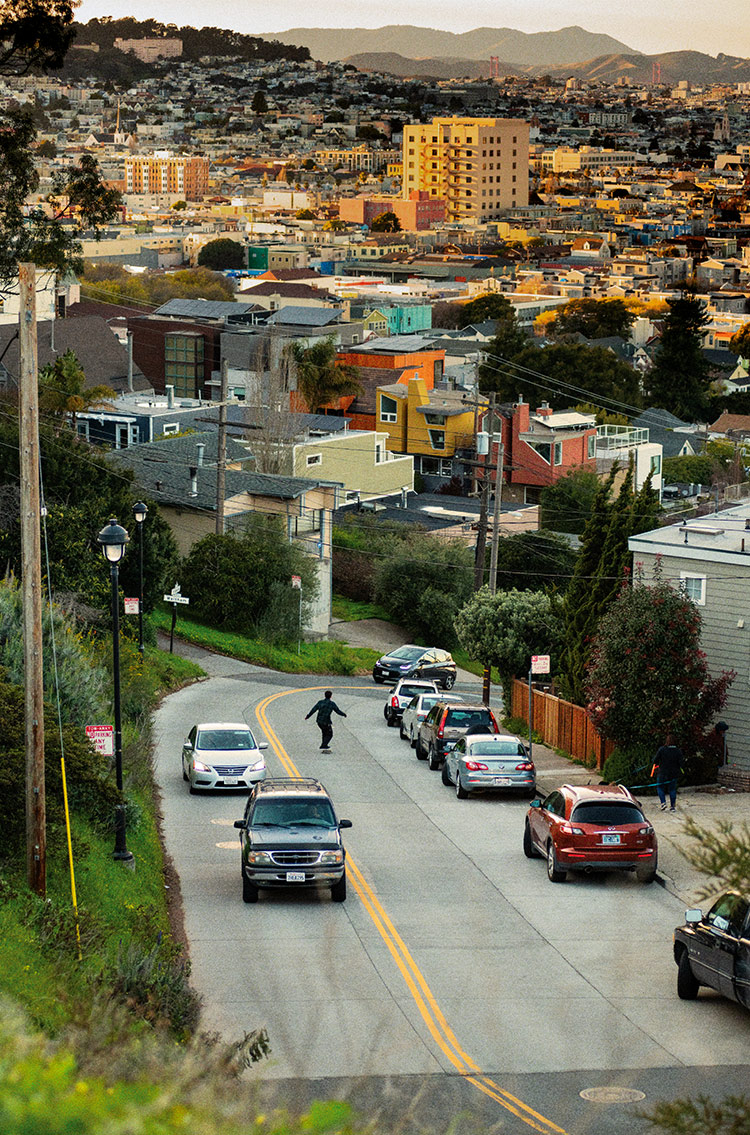 Jesse takes Alabama from the top with no slides. It’s a beautiful place to scare the fuck out of yourself every day     Photo: Zaslavsky 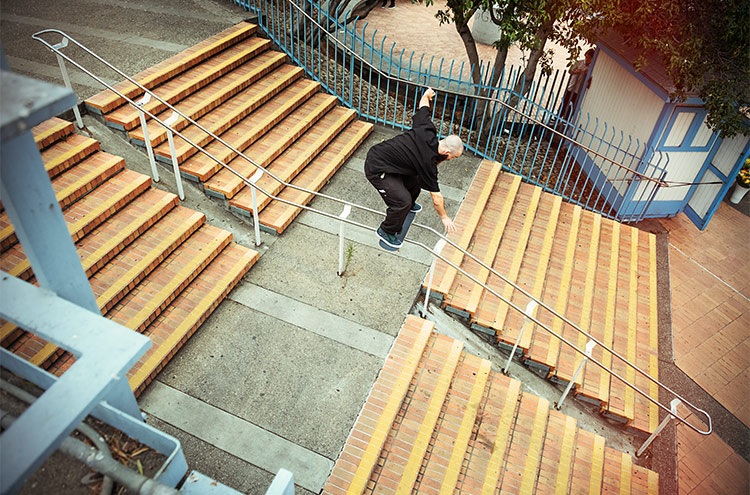