Last night Heroin skateboards premiered their new am video Bath Salts at the Regent theatre in downtown Los Angeles. As the name suggests there was lots of face melting skateboarding from the likes of Zack Krull, Adrian Adrid, Lee Yankou, Tony Karr, and the rest of the gang. Words and photos by Ben Karpinski. 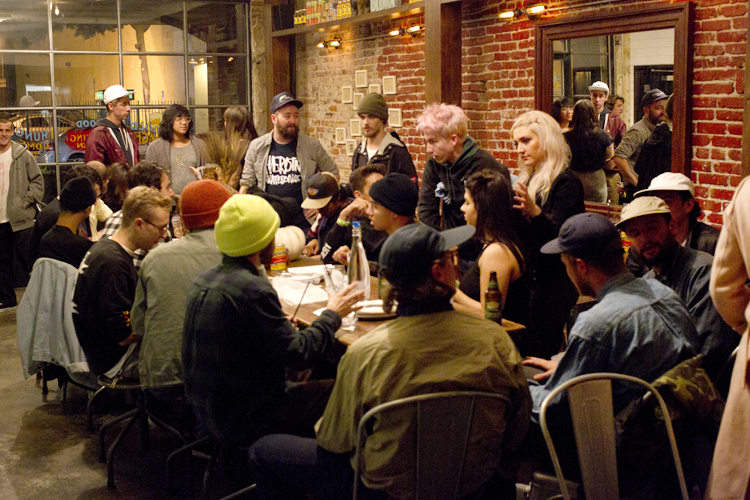 Showed up early to a pre show pizza party. 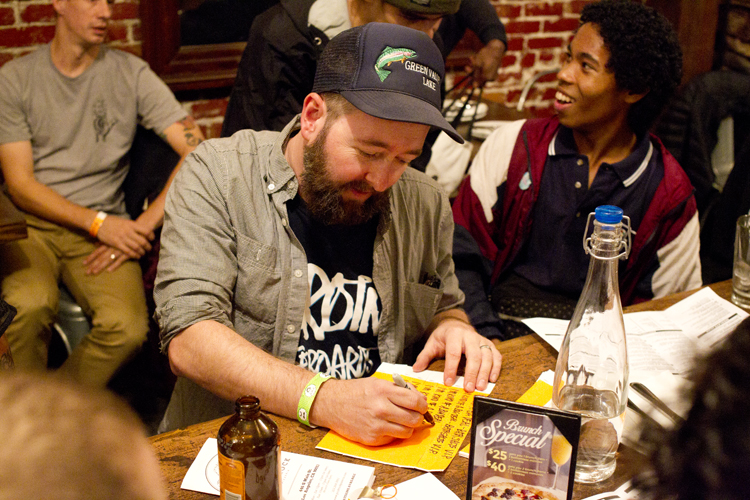 Fos was still hard at work putting everything together. 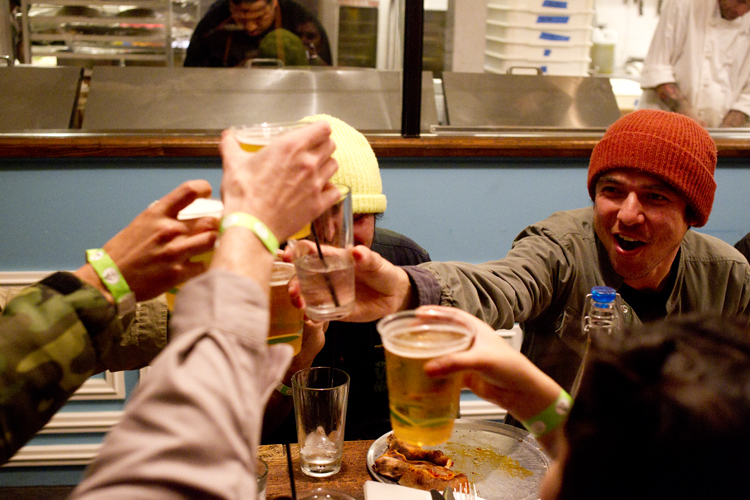 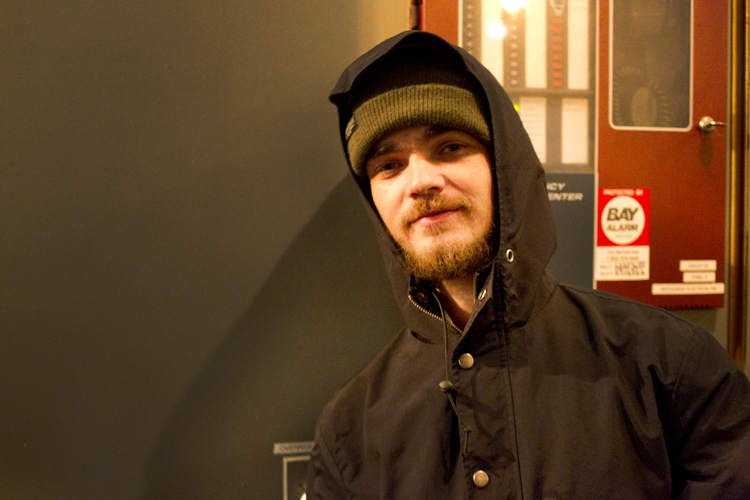 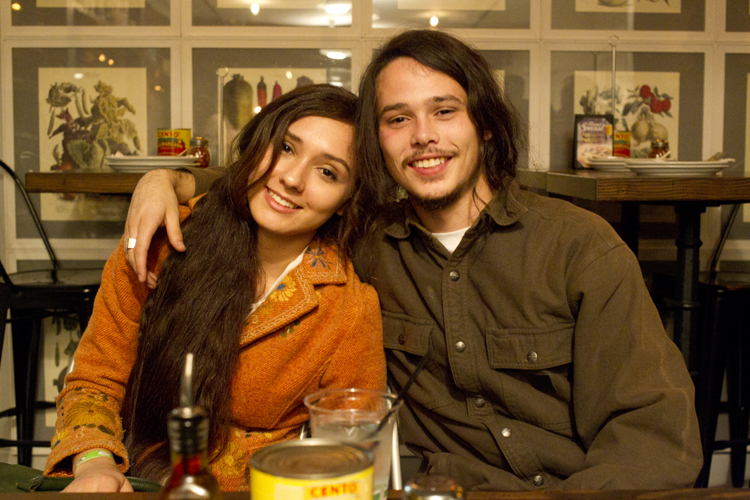 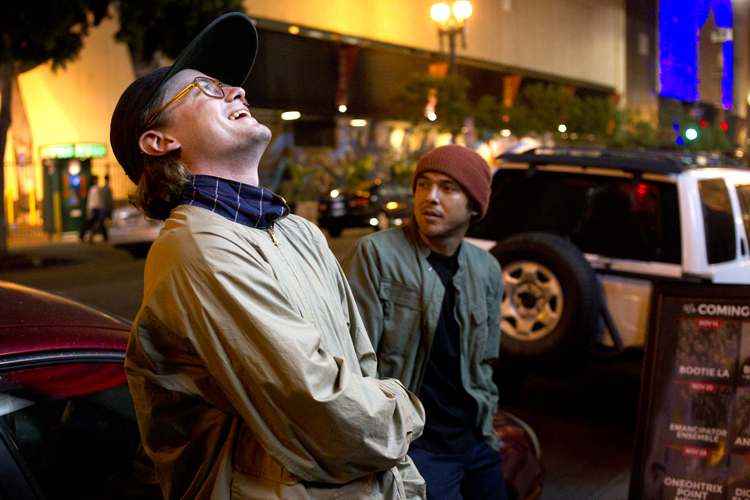 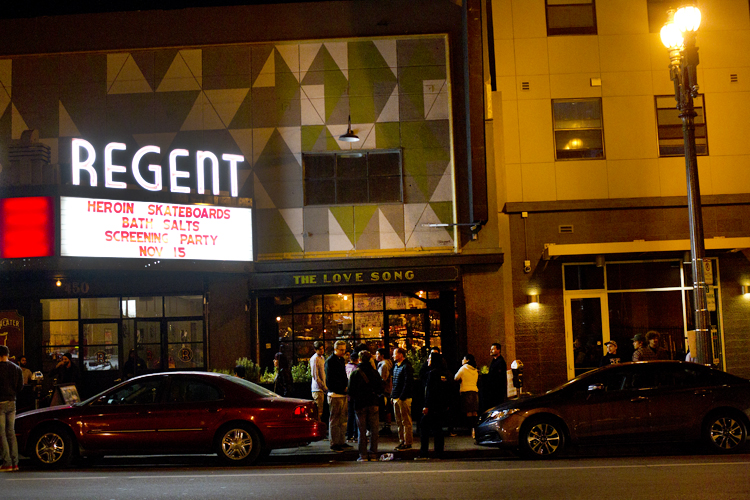 I wonder what the Regent thought they got themselves into? 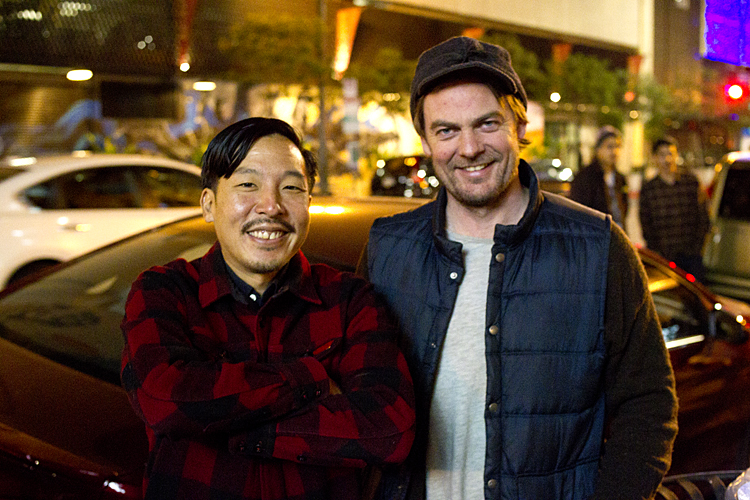 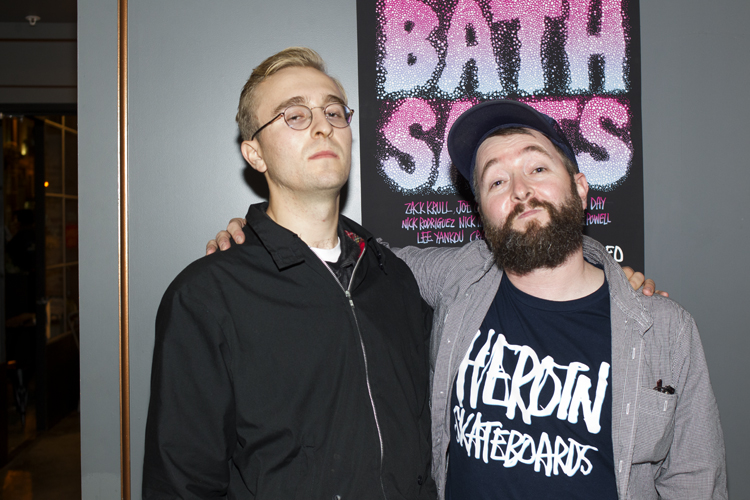 Cody Thompson maker of Bath Salts and keeper of wristbands. 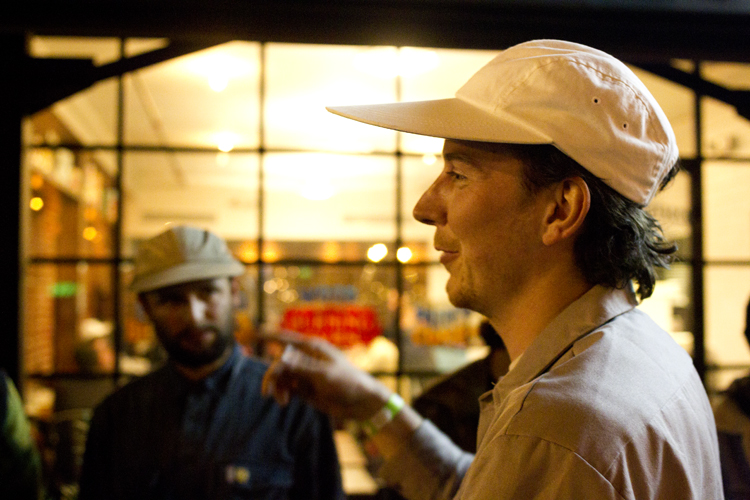 Rogie made it all the way from England. 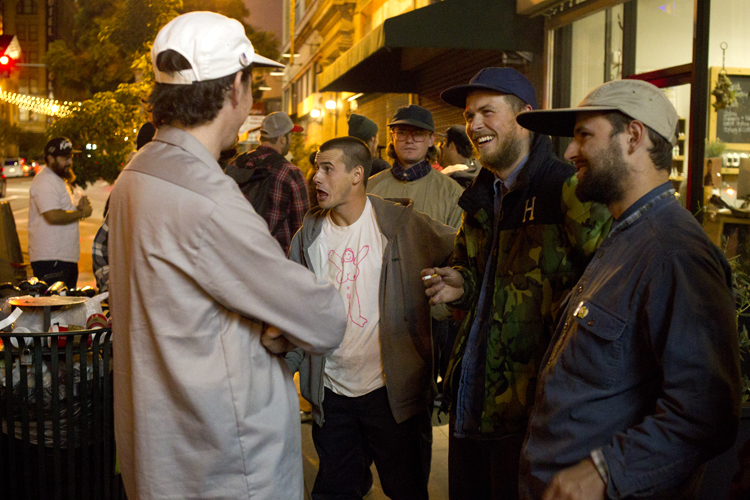 Along with the rest of the long billed Brits Joe O’Donnell and Tom Day. 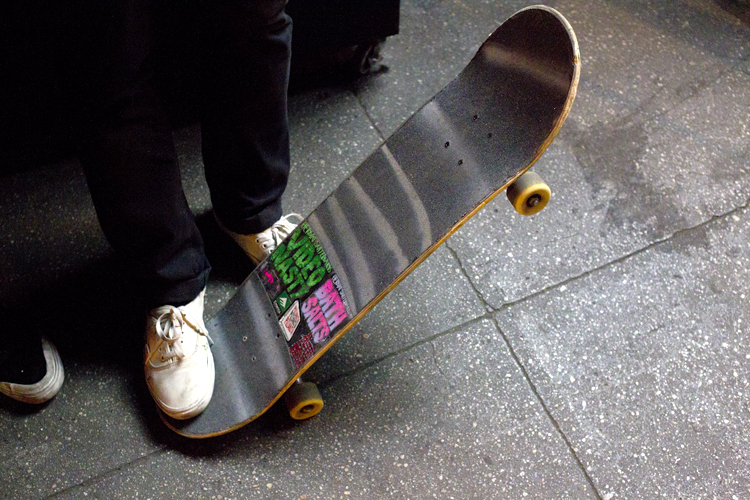 The people were ready.

The men behind Bath Salts, Cody and Fos. 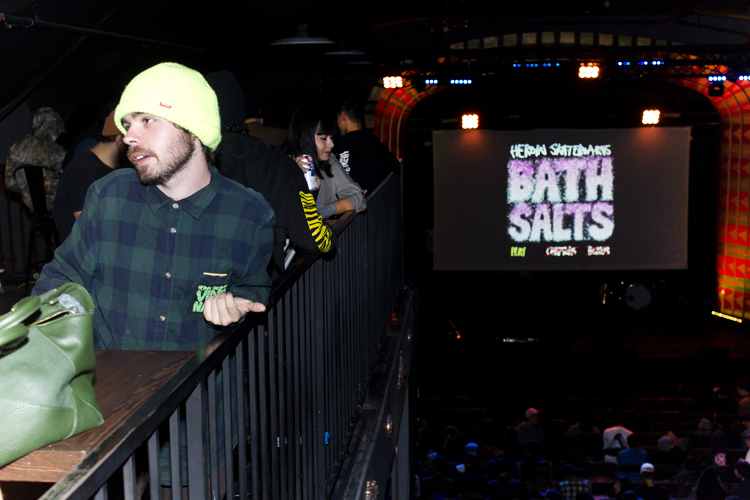 Shane Powell flew out from Nashville for the weekend. 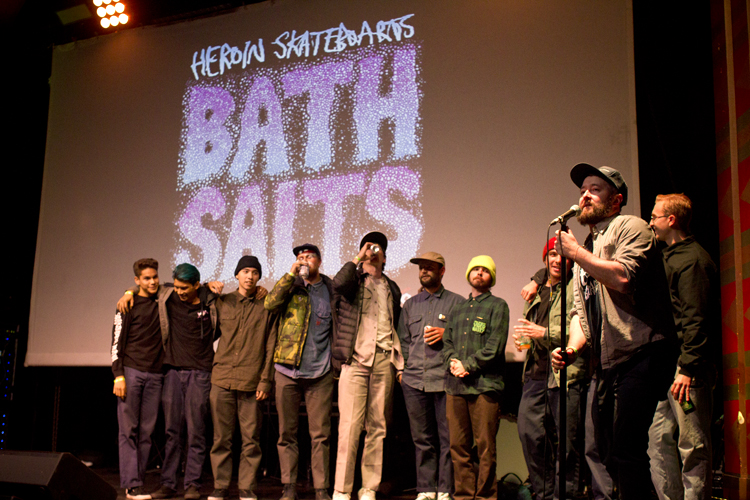 Fos introduced the crew before the video. 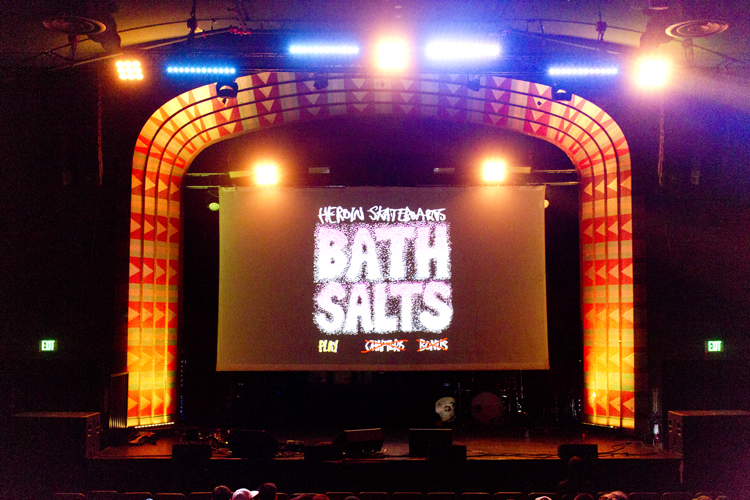 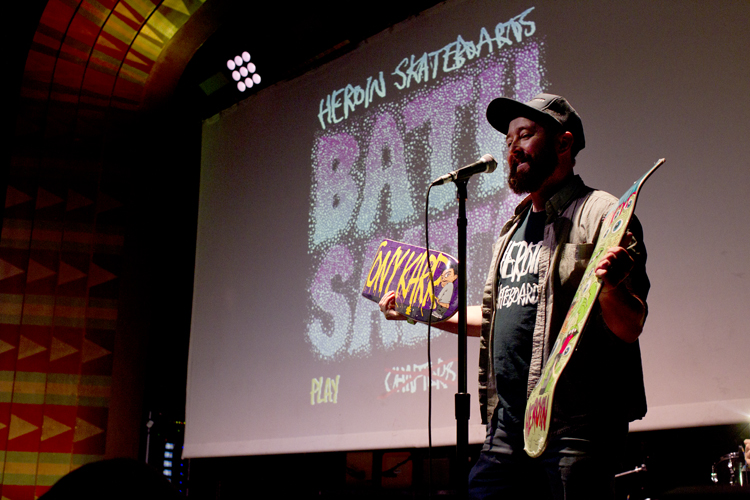 Immediately following the video Fos made a special announcement. 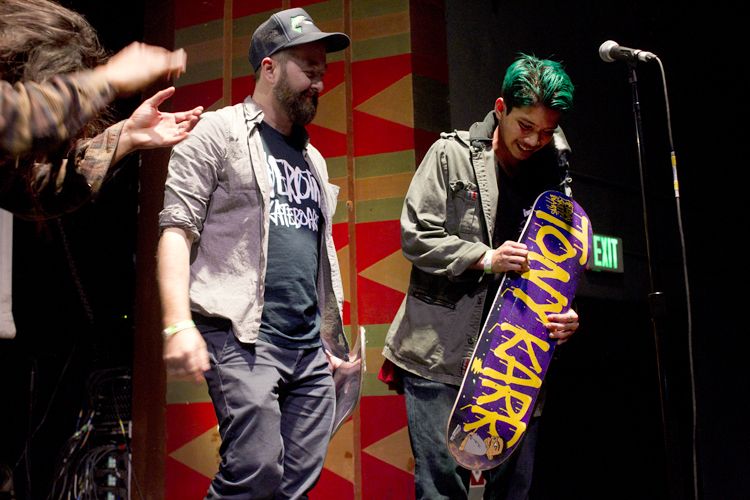 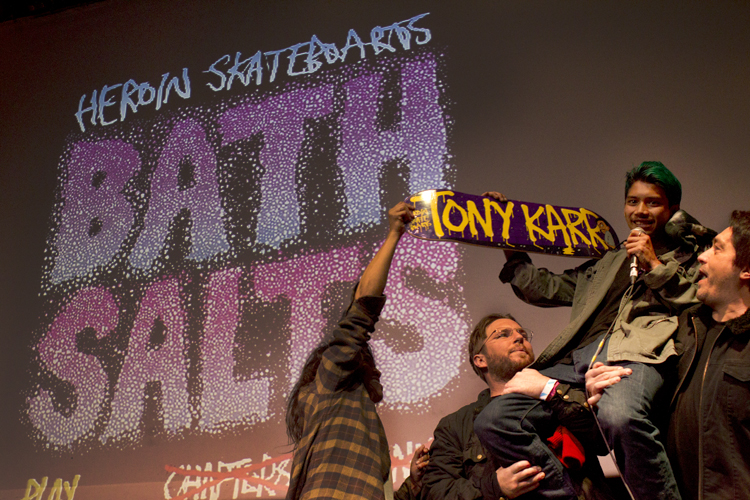 After watching the video it was a no brainer. Congrats Tony!