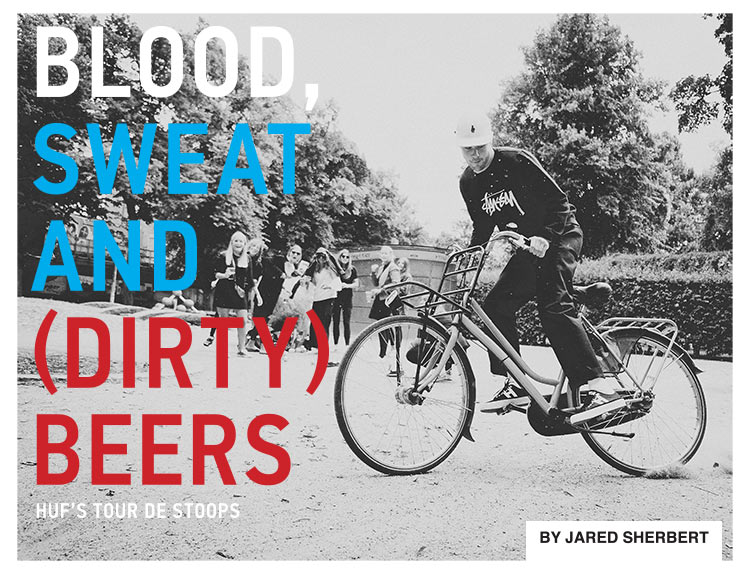 Prestigious yet merciless, the Tour De Stoops is a challenge for only the most vigorous individual. One must train day in and day out for years in order to endure such a barbaric quest. And even with proper training, many will be defeated. A three-week tour through the most treacherous of lands, powered by beer, blunts and broads, who knew what fate the road ahead would hold. However, there was light at the end of the tunnel and only one man would bask in all its glory. 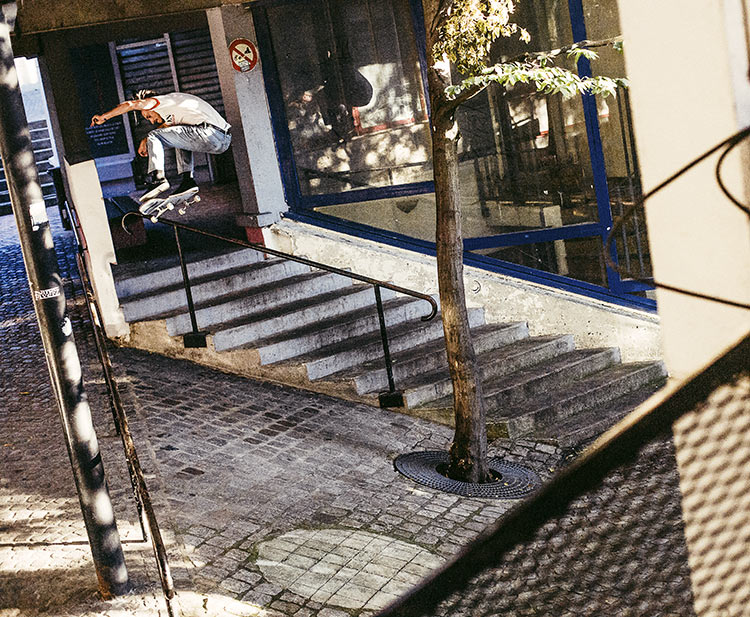 Austyn backside heelflipped this rail, rode down the bank switch, ducked under another rail and hopped straight into a cab. He was never seen again 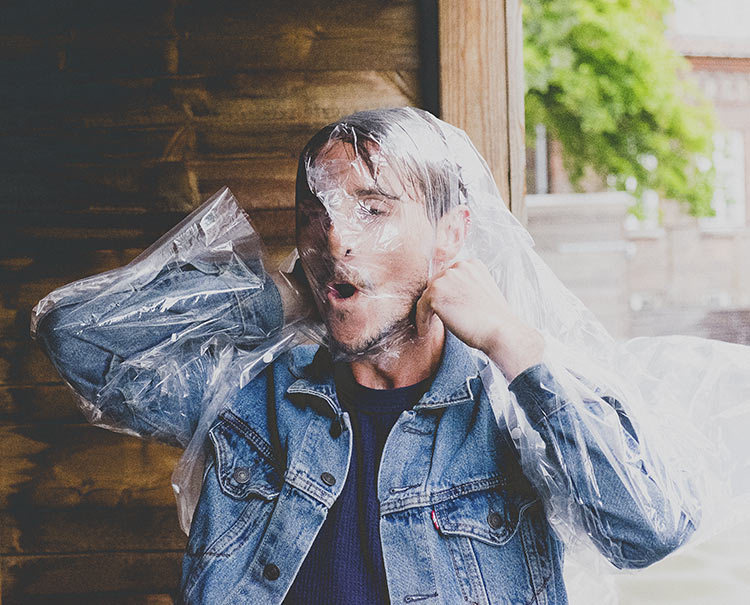 The tour began in London, headed up to Copenhagen and ended in Paris, so we’re talking about Western Europe here. If you’re not geographically savvy, I’ll explain: It’s the part of Europe that’s closest to America. Better? Europe is very old and very beautiful. European settlers came to America and built the greatest country in existence, so it’s only right we pay tribute to our founders and tour through their land. 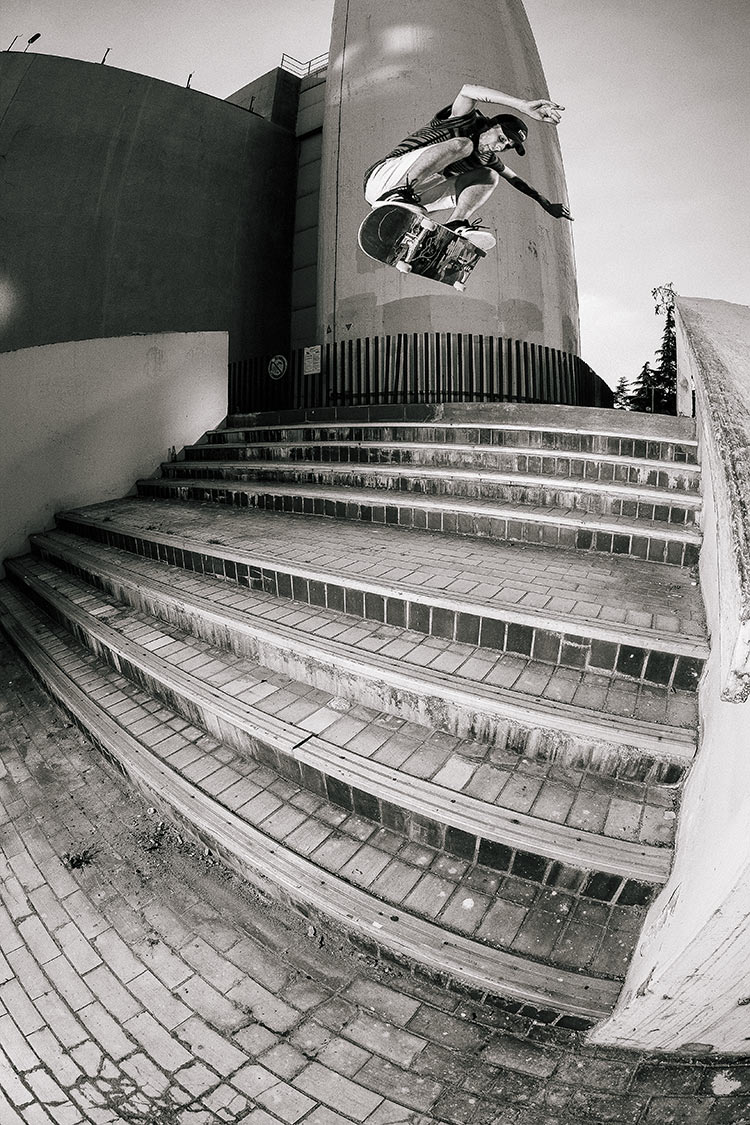 To win the Tour De Stoops you must skate the hardest, be the most high-spirited and, of course, get tanked. Being high-spirited after getting tanked and skating hard is no easy task. Whoever could tackle this feat would be crowned the king. Many lose their lives. The am team (Matt Gottwig, Dick Rizzo and Jake Anderson) all got severely ill and were bedridden for three days in Copenhagen. When Jake finally came out he had no voice, Rizzo did nothing but stare at the ground all day and Gottwig—well, he was Gottwig: high-spirited at all times no matter what. Getting sick barely stopped him.

Cromer had no trouble finding some tail in Europe, back 270 to tailslide, kickflip out 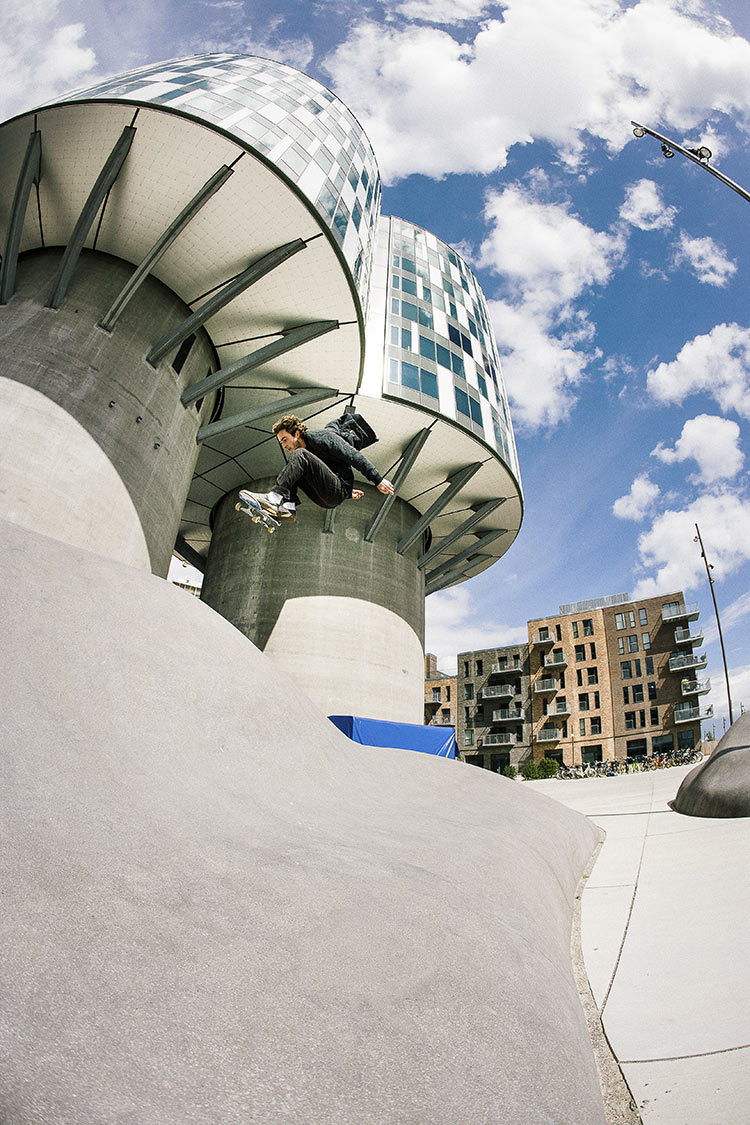 Rizzo blasted an ollie on this concrete blob and then pounded a dirty beer. Though hard, the Life de Stoops has some perks 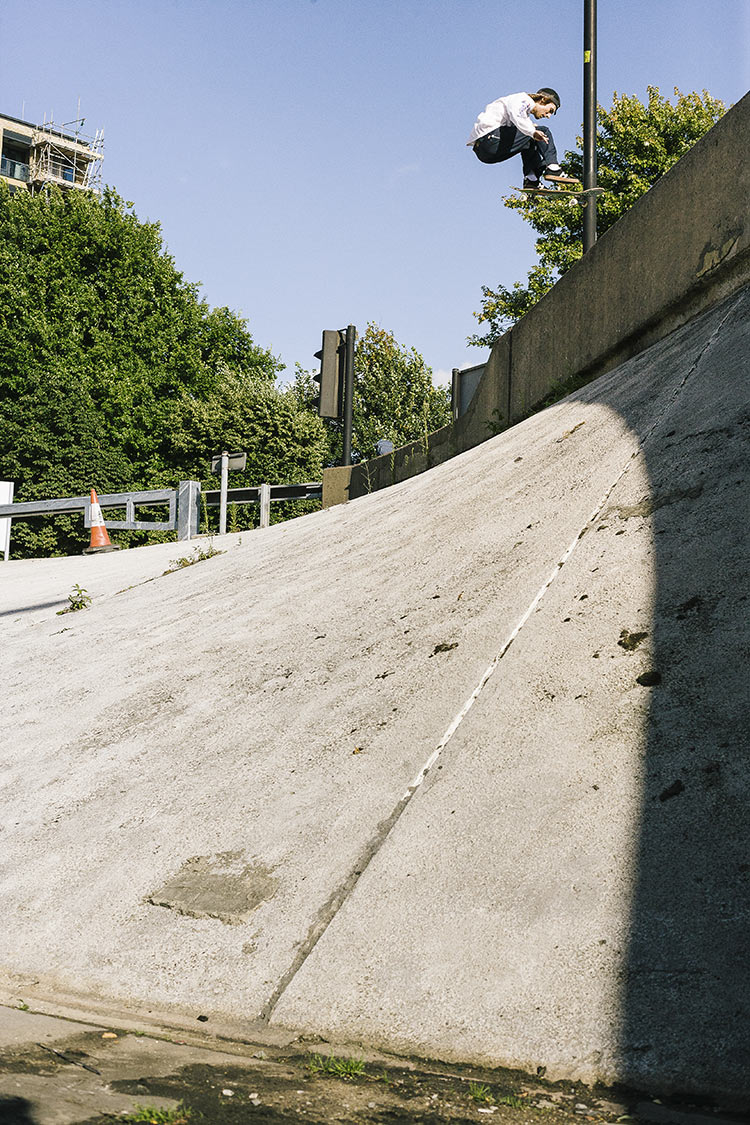 The Droogs lurk under this bridge at night but it’s chill during the day. Bledsoe backside kickflipped into the bank and then hit the Korova Milk Bar

We had to conquer many obstacles along the way. Tail is a huge obstruction when traveling through Europe. There is a light spread of it in London and Paris but it’s thickly slathered on in Copenhagen. Its mission: to deter riders from making it to the finish line. It lines the streets, it lines the bar—shit, it may even line your hotel room. Rizzo partook in the Copenhagen tradition of “Dirty Beer,” which involves a woman’s genitals and a beer tap. After getting his drink, Rizzo’s face then became the landing pad for the bartender’s crotch. I don’t know how he kept it moving after all of that. Most riders get stuck in Copenhagen. Only the strong get theirs and keep pushing to the end. 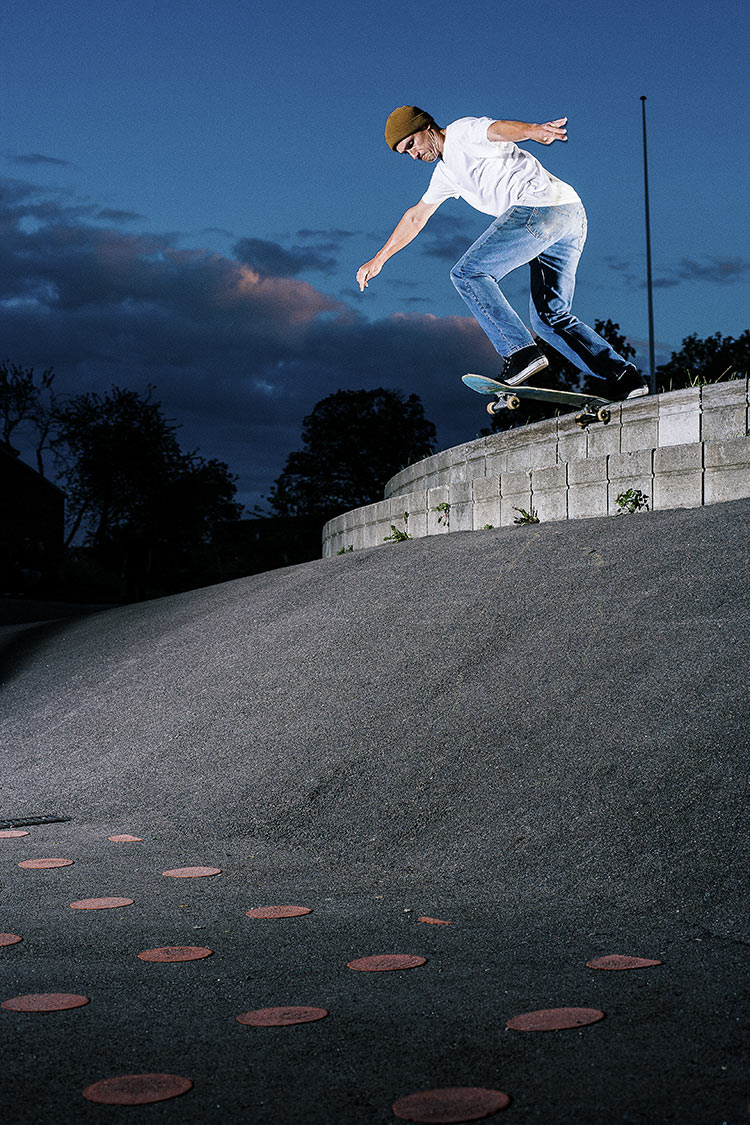 Skating into the night is imperative on the Tour De Stoops. Joey Pepper back tails with hours to go

As we sprinted to Paris, riders started dropping like flies. Plunkett got addicted to weed and we had to leave him in Christiania (the pot capitol of Copenhagen). Ramondetta was knocked out of the running when the feds threw him in jail for smoking weed in the streets. We all thought it was legal. I guess not. Pepper disappeared and then we saw an Instagram post of him camping back in Oregon. Sammy didn’t made it out of Copenhagen. Rory never even made it out of London. Rizzo made it all the way to Paris but then his body gave up. The original crew had slimmed from 14 to nine and out of the nine there would only be one man left standing. 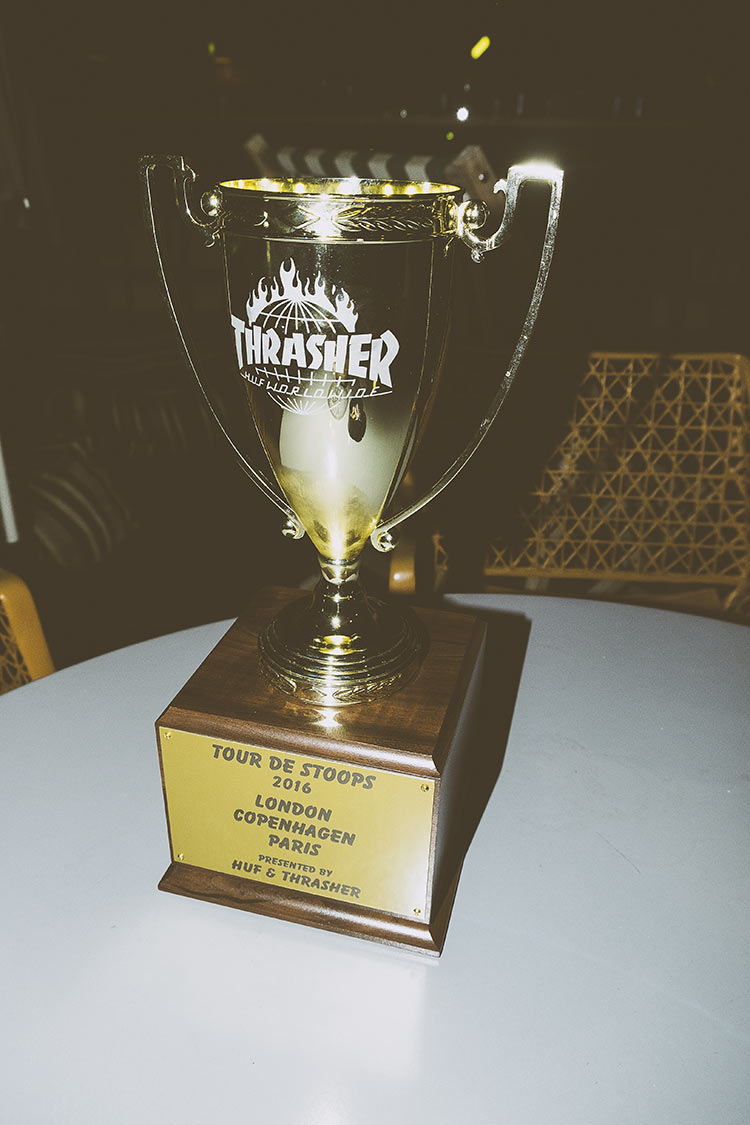 Like I said before, it takes a strong individual to win the race. One who is disciplined, well trained and a true road warrior. On August 19th, 2016, Matt Gottwig was the first to reach the finish line and win the Tour De Stoops. With blood, sweat and tears pouring down his face, I interviewed him at the end of the line. 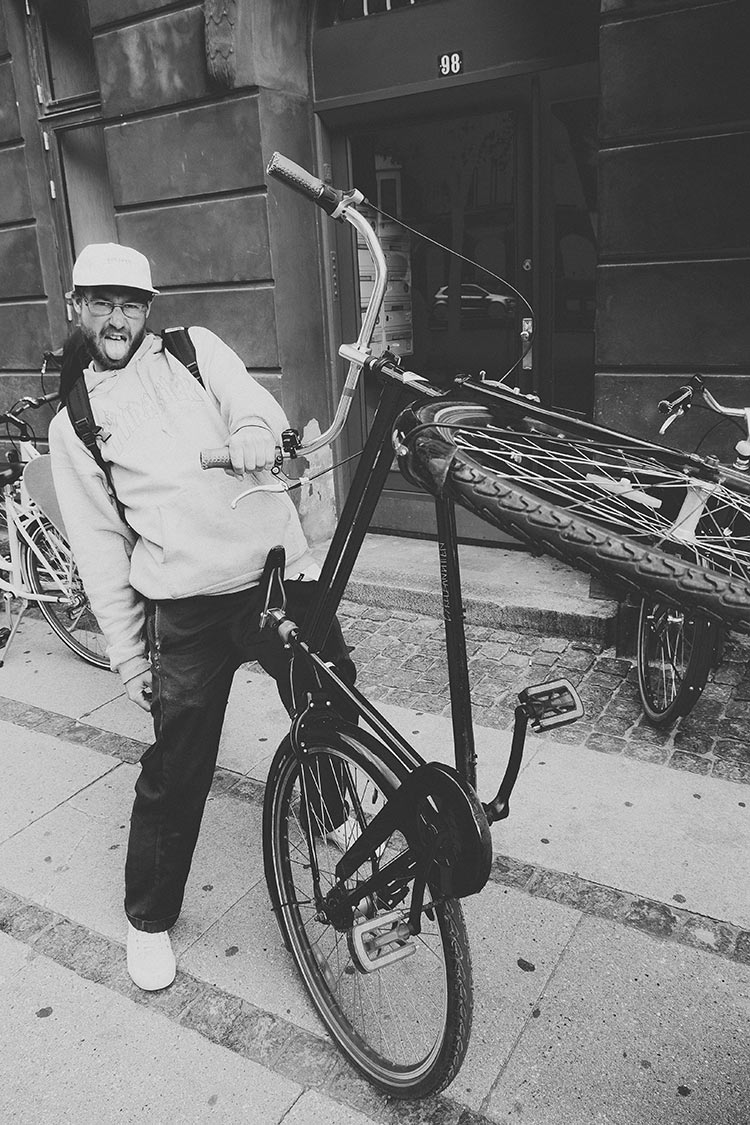 Hey, Matt, how do you feel after your big win here in Paris?
I feel great; I feel like going to Disneyland.

What did it take to make it here today?
I trained hard before the tour. But the real secret to my success is eating kitty food out of a hotel vending machine and Tuborg beer. Without that I don’t think I would be standing here today. 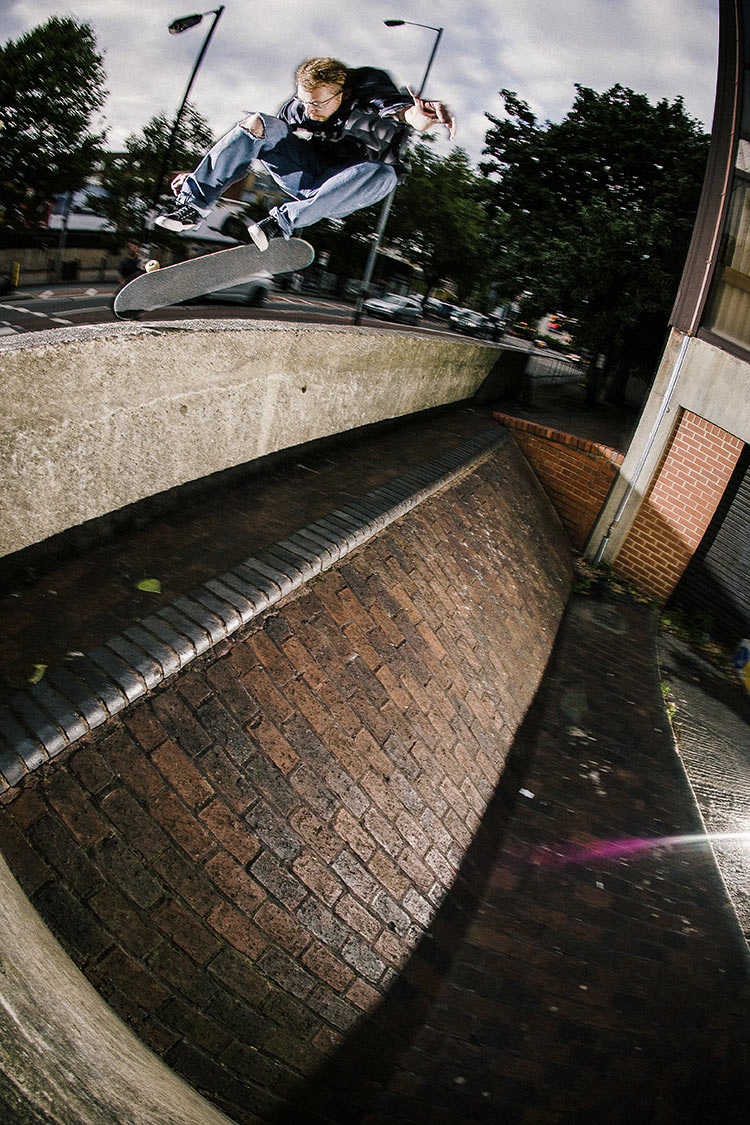 Matt Gottwig, kitten-food powered backside flip up and over. To the victor… 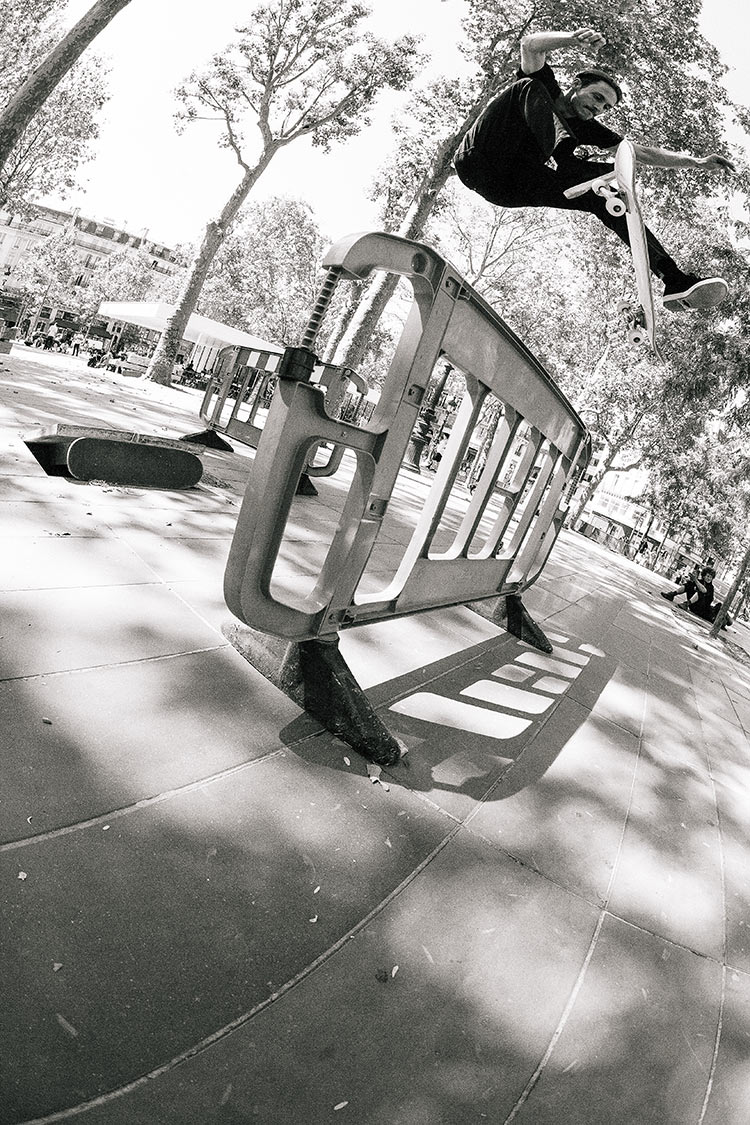 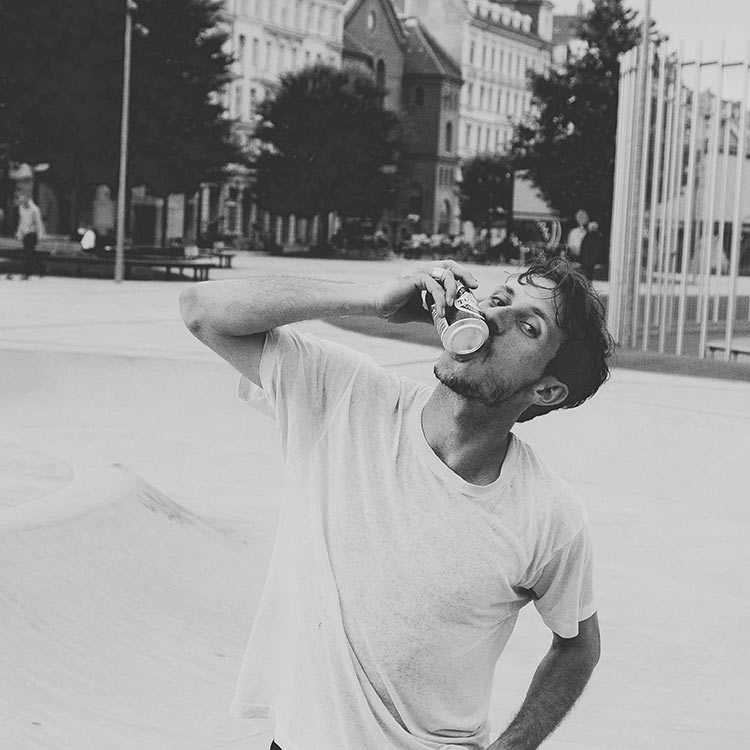 He was very ecstatic and I couldn’t get many words out of before the press bombarded him with microphones. After he received his trophy he rode into the sunset, straight to Disneyland. The morning after, a report came in that the trophy had been left in his hotel room in Paris. It was filled with kitty food. 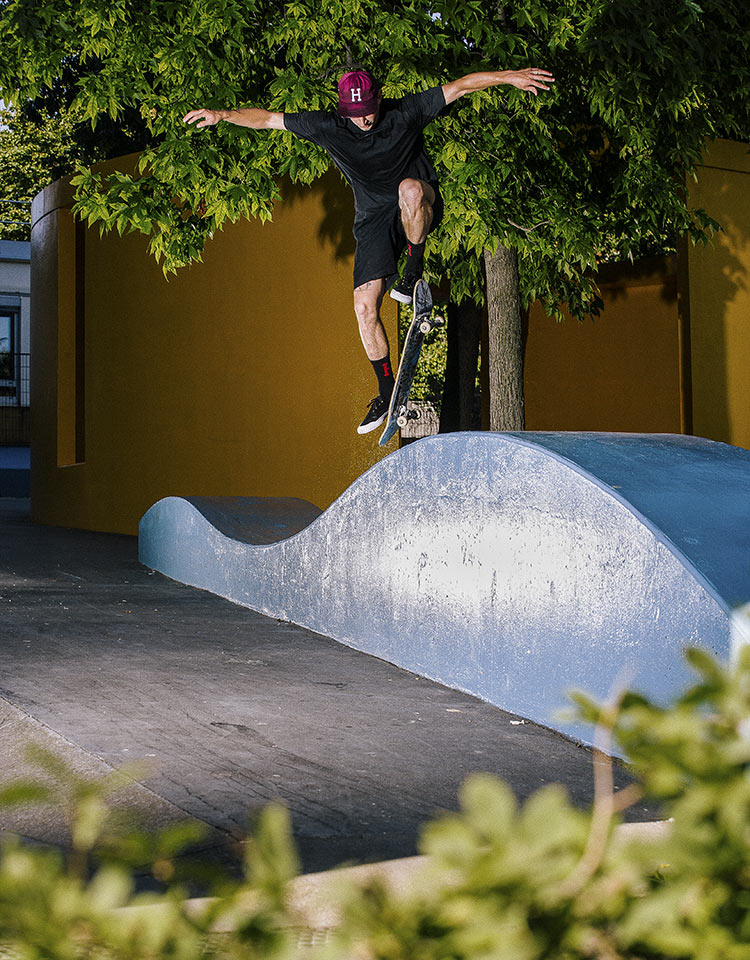 When you have no voice, your actions must do the talking. Jake Anderson, high-volume ollie for the Stoops!

This concludes our coverage of the Tour De Stoops 2016. Thanks for tuning in. Until next year, so long, world.