We all love a big premiere with our favorite names on the marquee and a packed theater full of cheering maniacs. We also love a bring-your-own-projector affair where all you need is a crew and a wall. Ish went with the latter on Beverly Hills Boulevard for his new Gas Giants vid. You already know we were fuckin’ with it
—Ben Karpinski 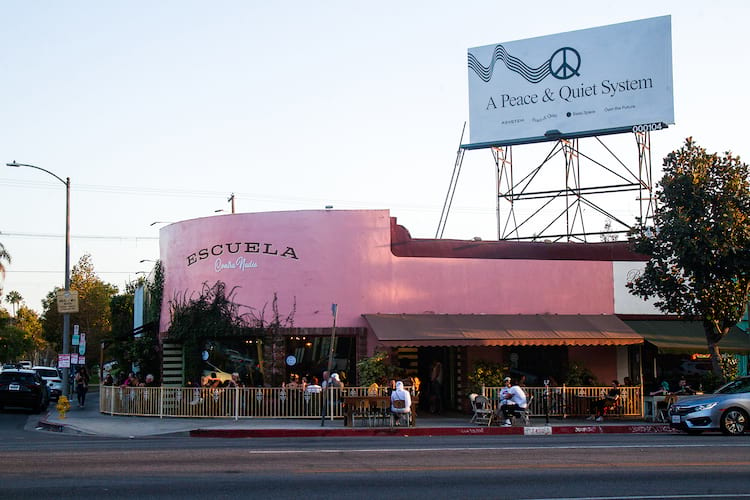 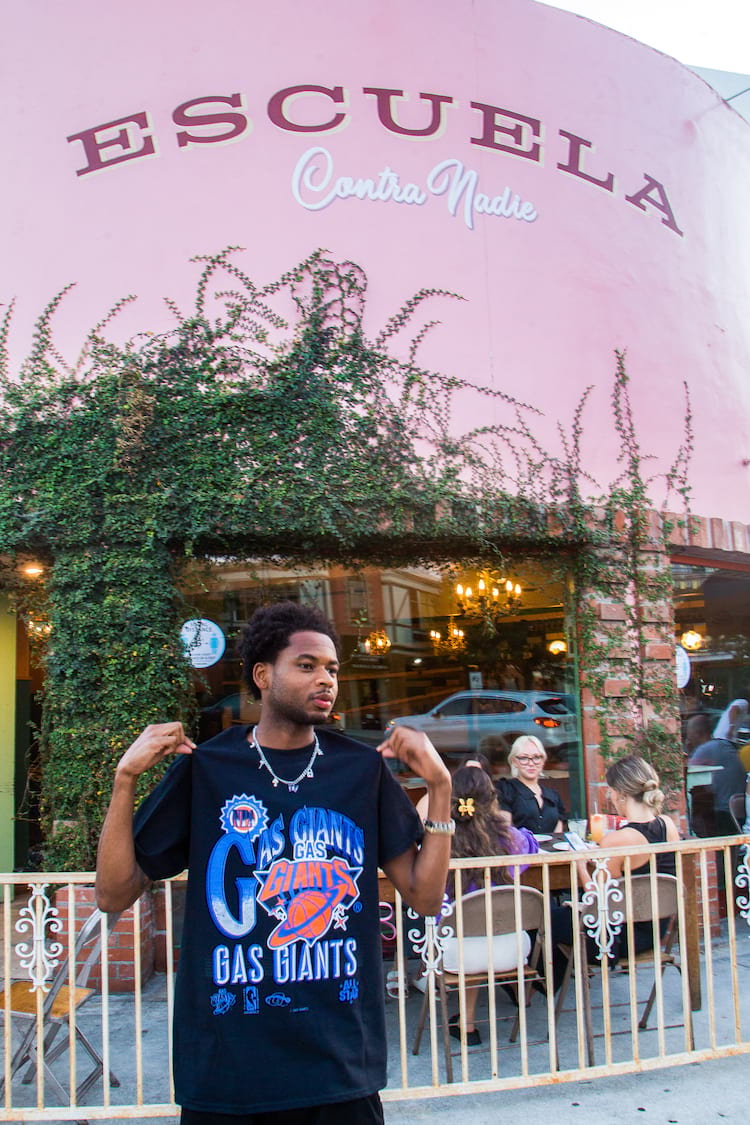 Our guy was out front showing off the new gear 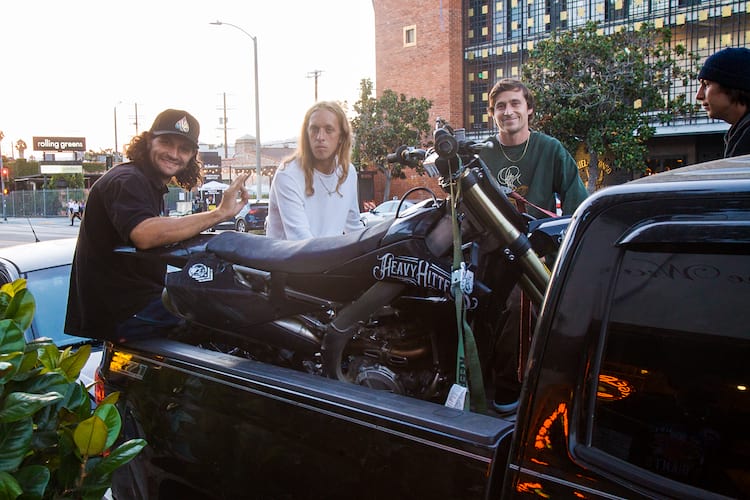 The Texas boys know how to tailgate 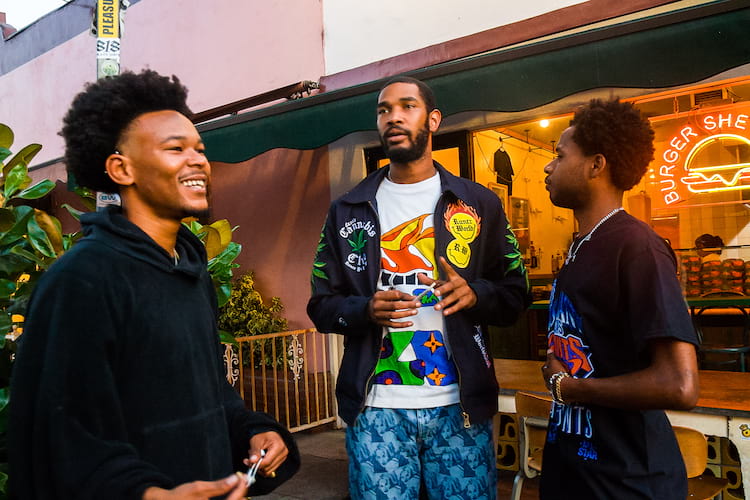 Punctual people, NAK and Kevin White both showed up at 7 PM sharp 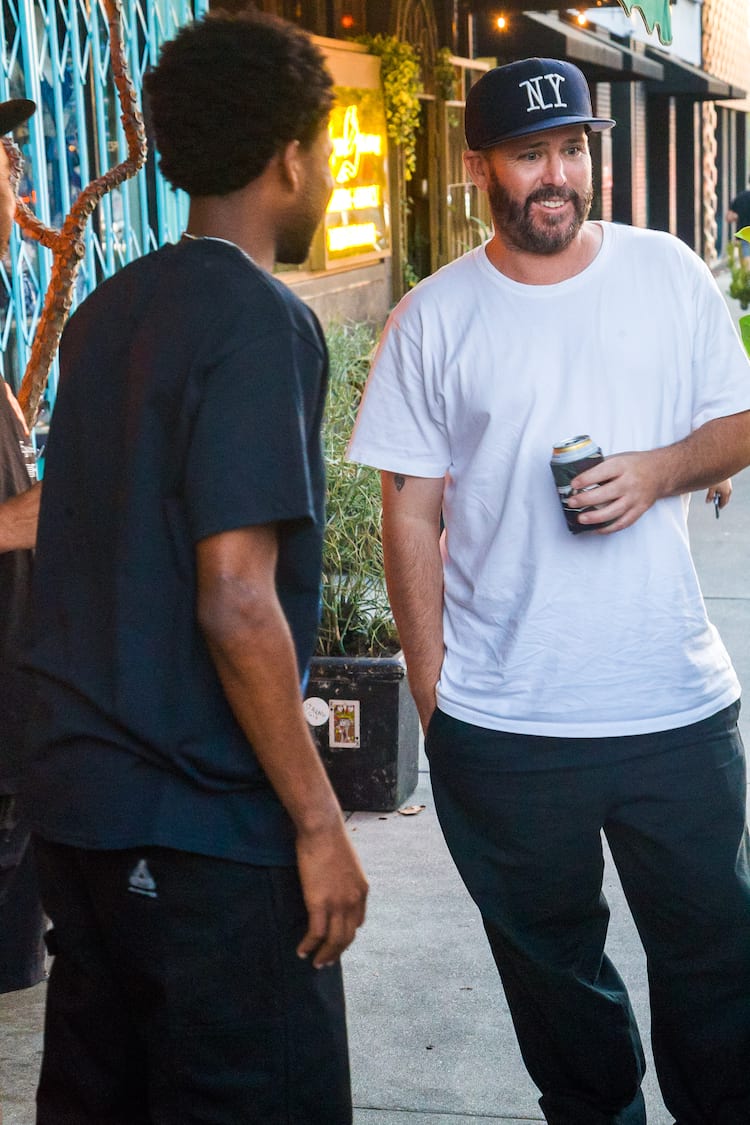 One of the all-time switch skaters, Pete Eldridge came through 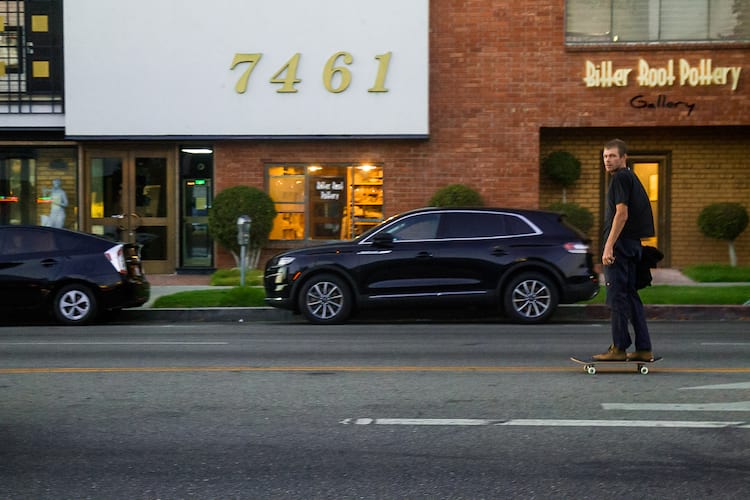 Taylor Kirby is not as much a switch guy, but still an all-time skater 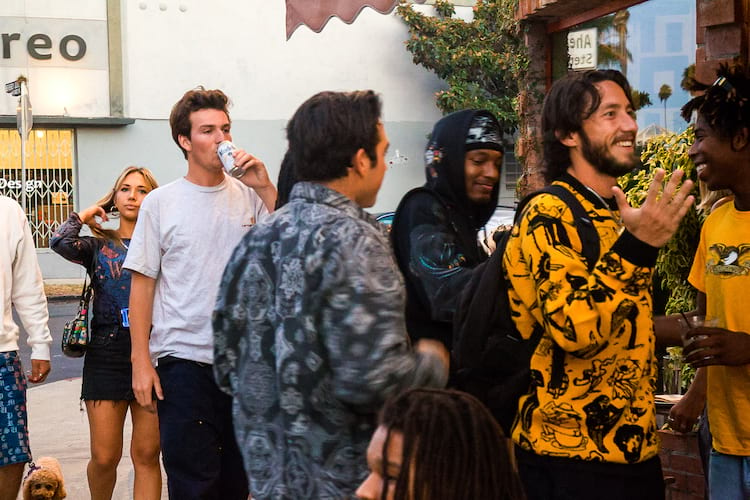 Tanner, Allen and crew had to make it out for Ish 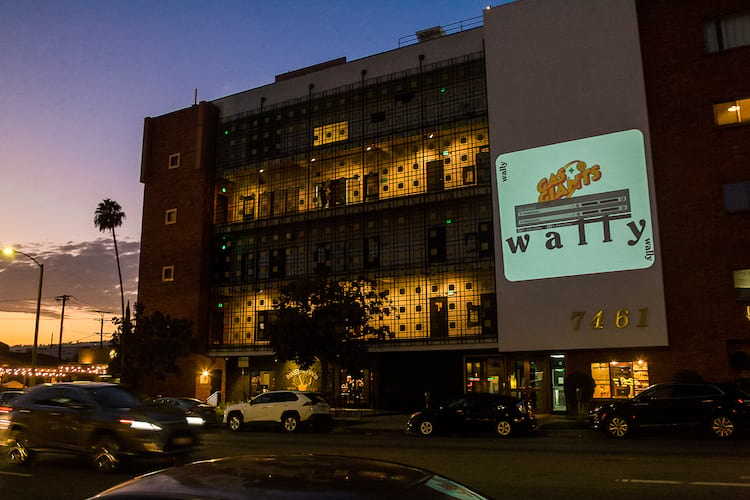 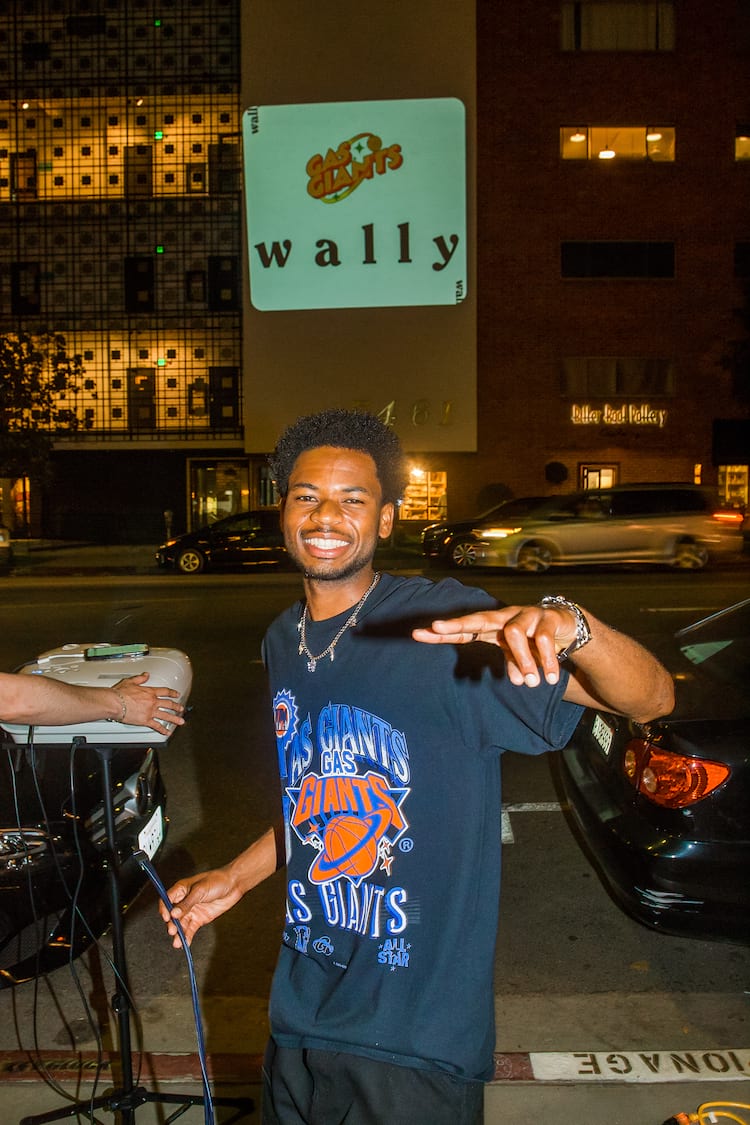 You’re lookin’ at it. Ish teamed up with the projection company Wally to get Gas Giants showing over one of LA’s busiest streets 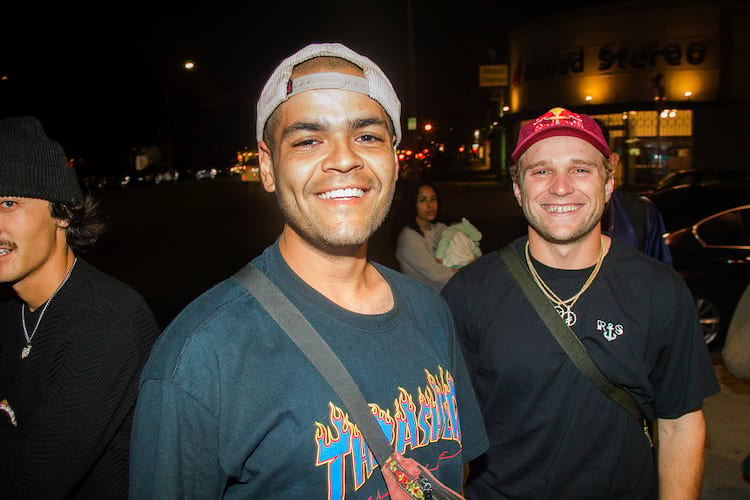 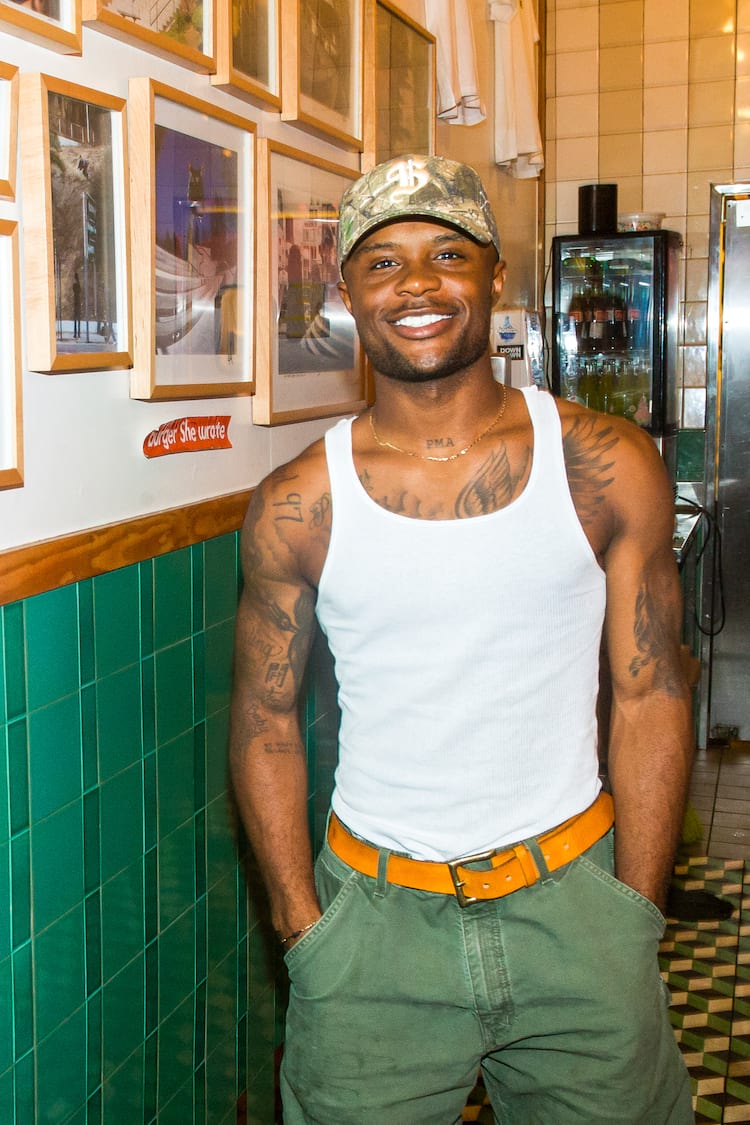 Smiles for miles, Dashawn snapped up next door at Burger She Wrote 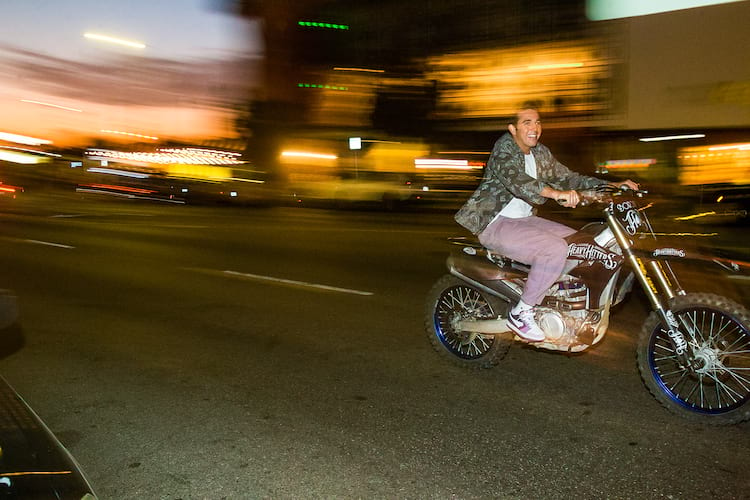 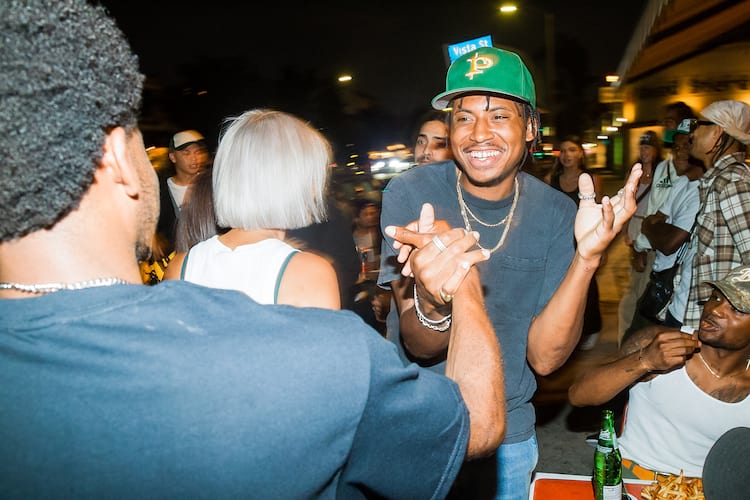 As if the crowd couldn’t get any more elite, we got Ishod too 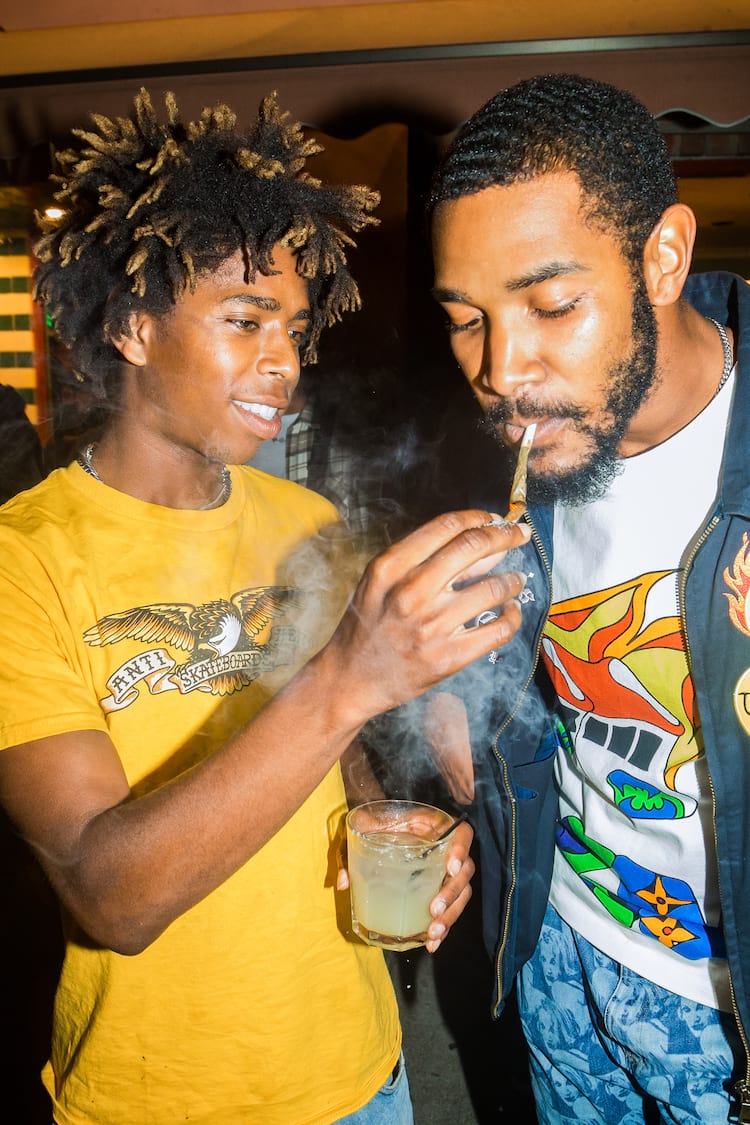 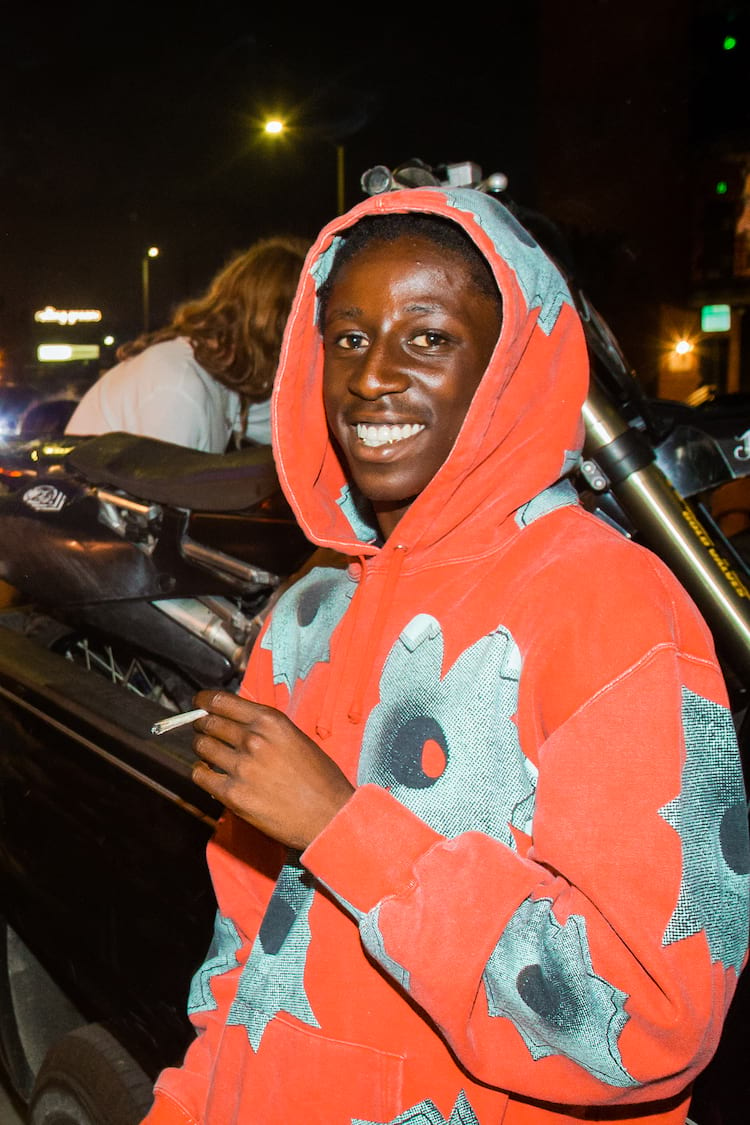 Kader at least ten feet from the entrance, or is 25? 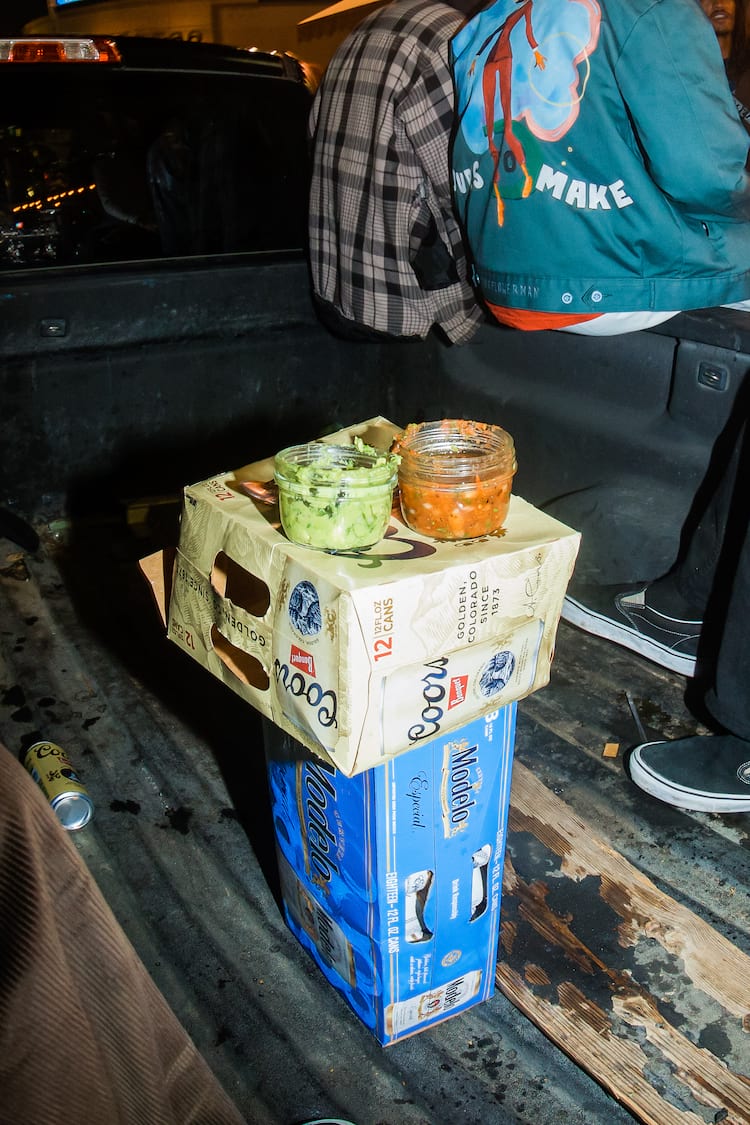 This might be my favorite photo of the night. At this point the restaurant gave up and started serving food to the bed of the truck 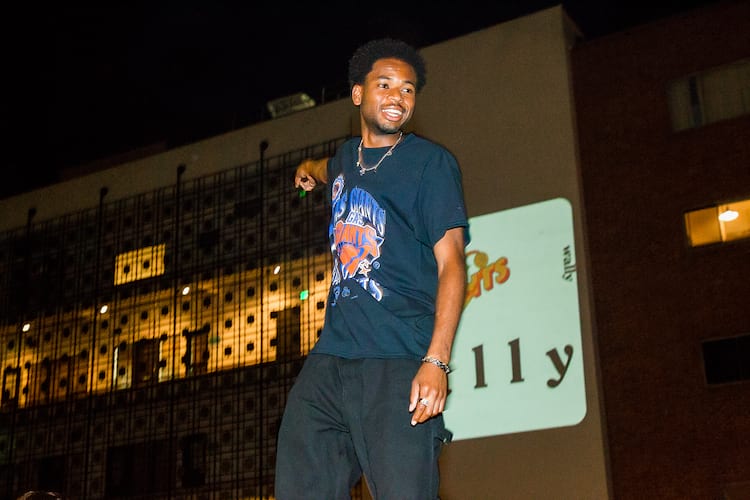 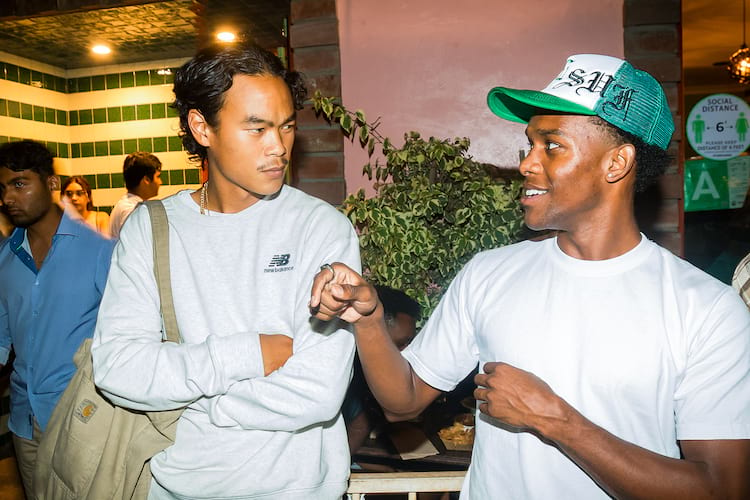 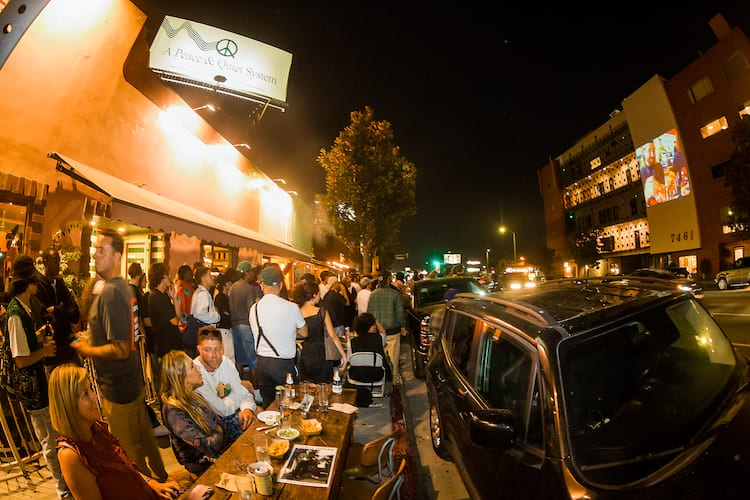 Dinner and a show 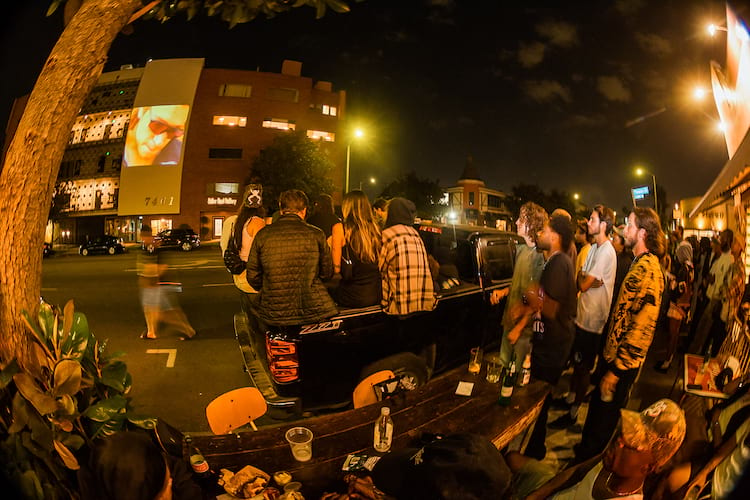 One of the cooler premiere setups I’ve seen 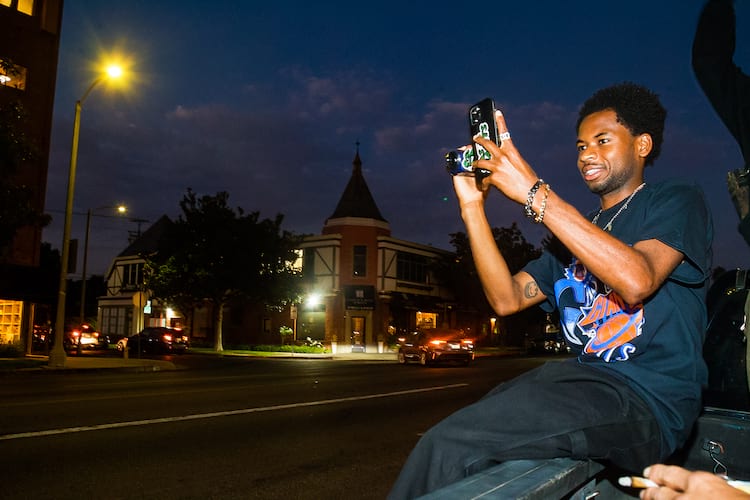 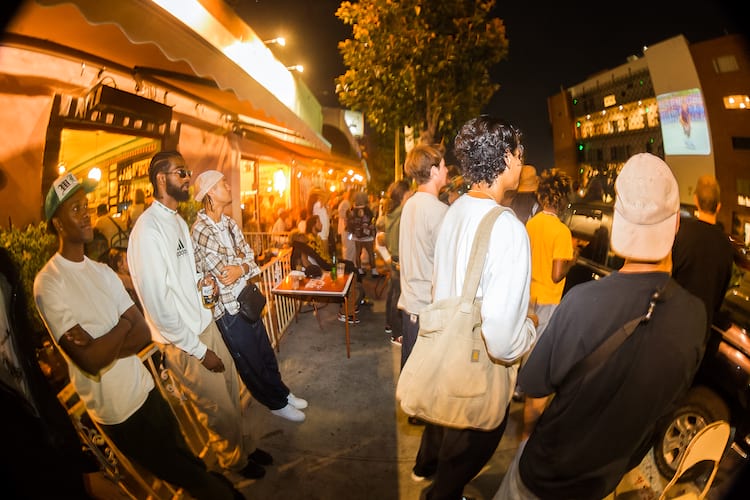 Carlisle Aikens, one of the smoothest in the game 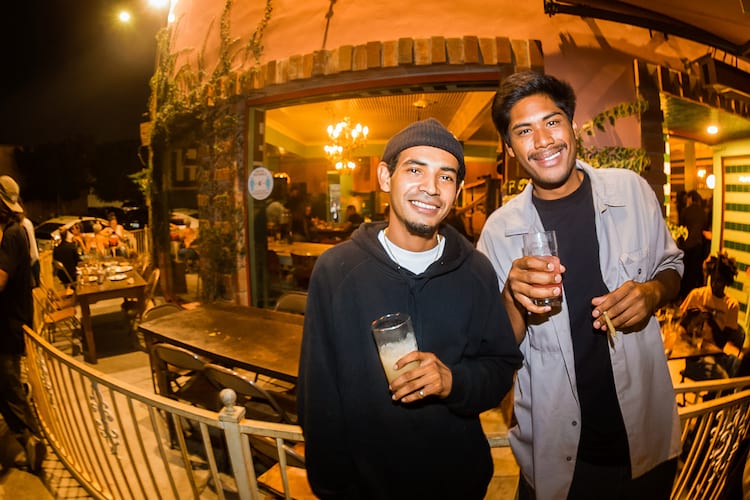 Dre and Devin made the trek up from LB 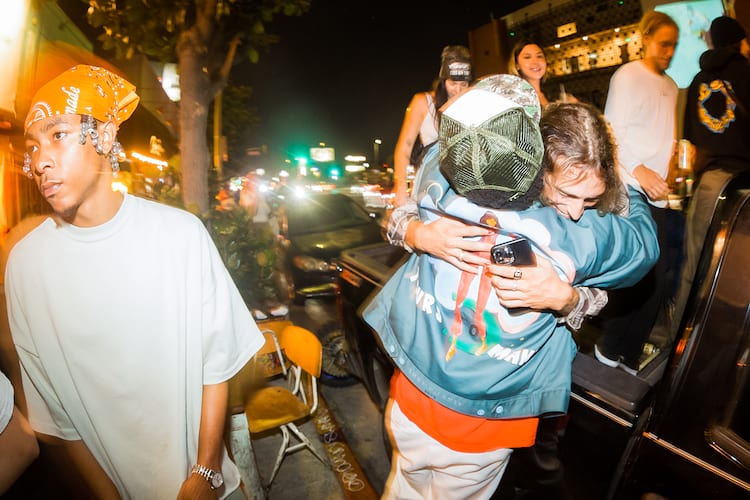 Reese Salken and Christian Henry hug it out 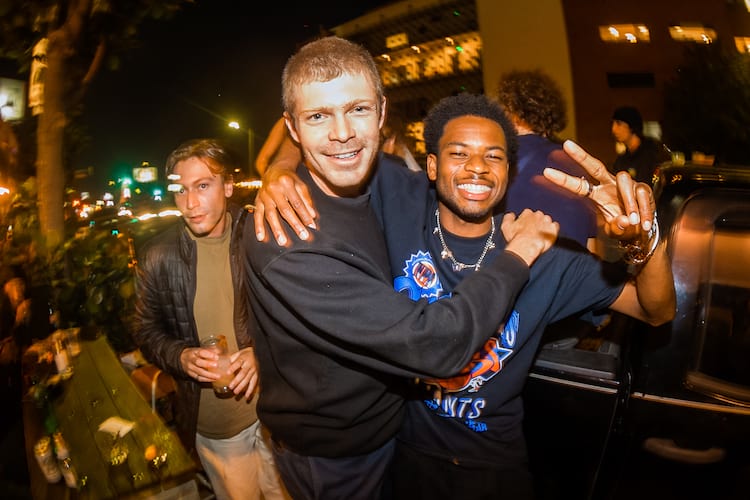 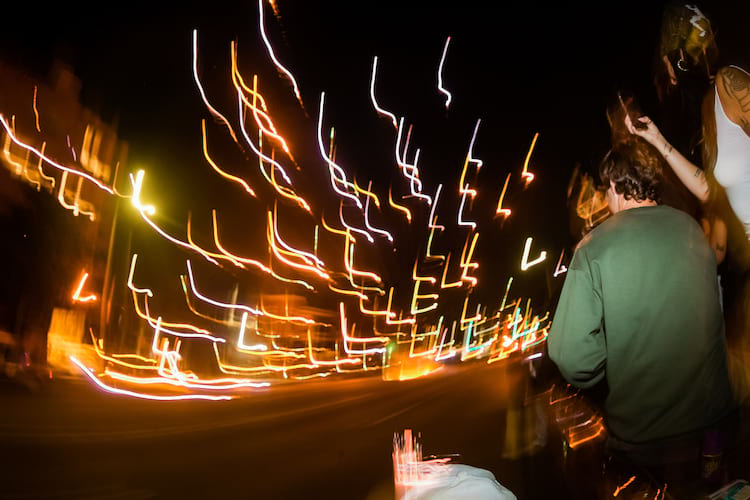 Then came the fireworks 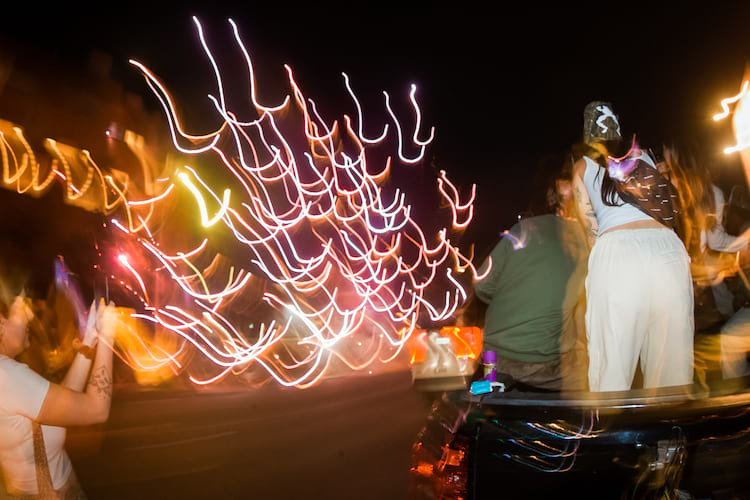 And Neckface wasn’t even there! 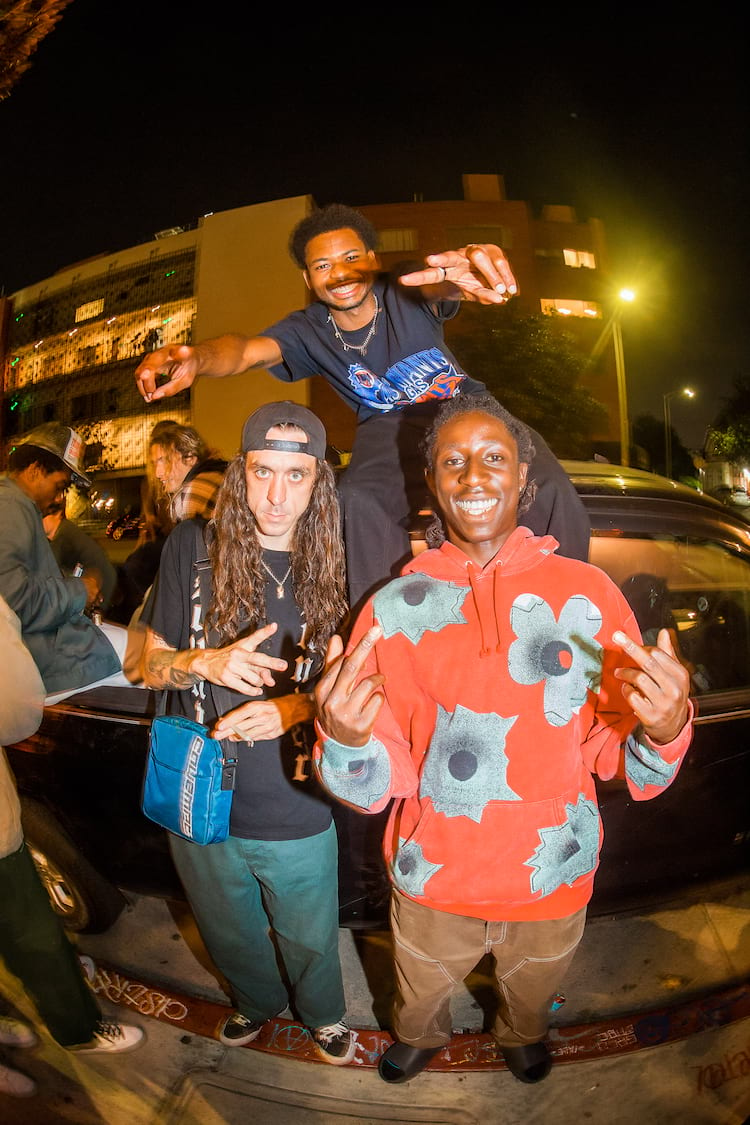 Grabbed one last photo and it was time to dip before the cops came
© 1981–2022 High Speed Productions, Inc.