Jake’s a big dude. You know what that means? Regular spots look small but that’s not a problem because Jake likes to go big! With huge pop and a powerful style, Jake Hayes has been handling shit in Australia for a while. About a year and a half ago, Jake (with help from his sponsors) put up the cash for a Visa and made the move to the States. Since then he’s been steadily paying his dues: traveling with Deathwish, Dickies and New Balance, always handling shit on the road and all over Southern California. If you ask Dustin Dollin about Jake he'll tell you, “He’s a quiet kid who doesn’t drink. I hate that about him. But the fact that he can deal with Dane Burman as a friend is a plus in my book. Jake’s a true skate rat.” You saw the footage in Deathwish Part One  and Jake is showing no signs of slowing down, so Ellington, Greco and the rest of the Deathwish gang let it be known: Jake Hayes is pro! —Joe Hammeke 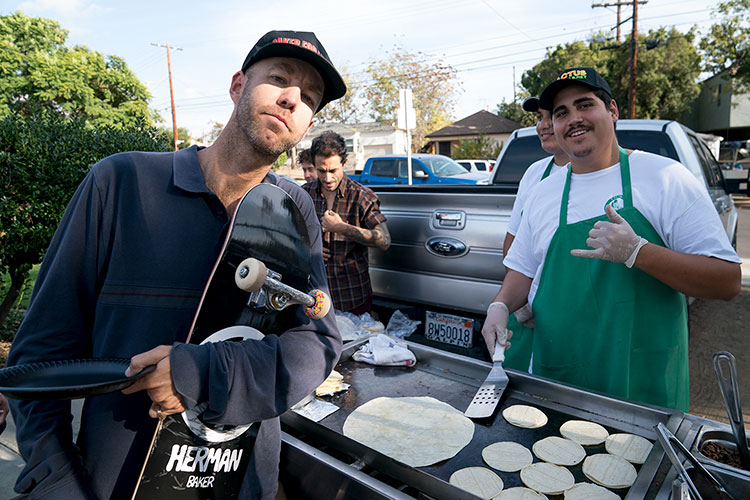 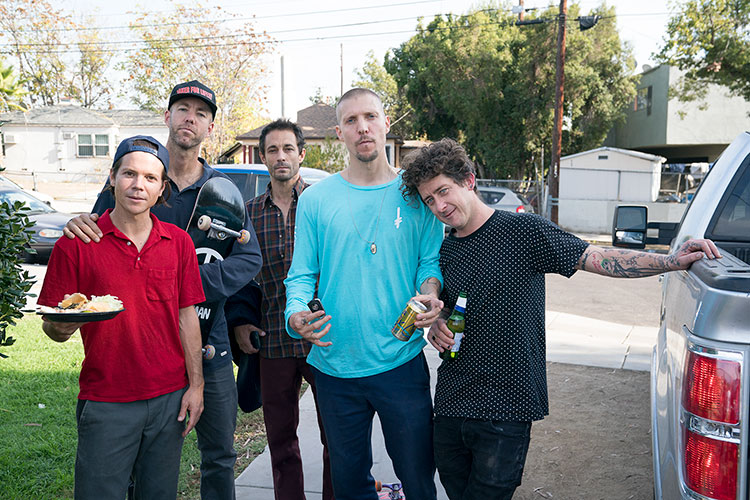 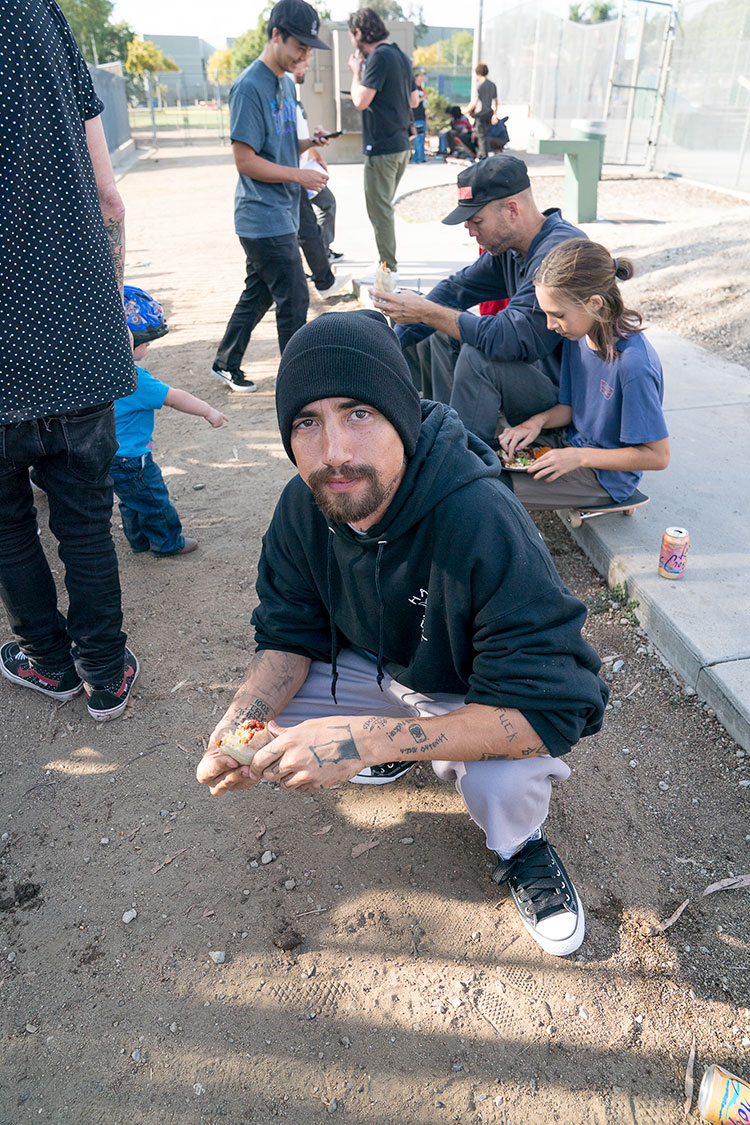 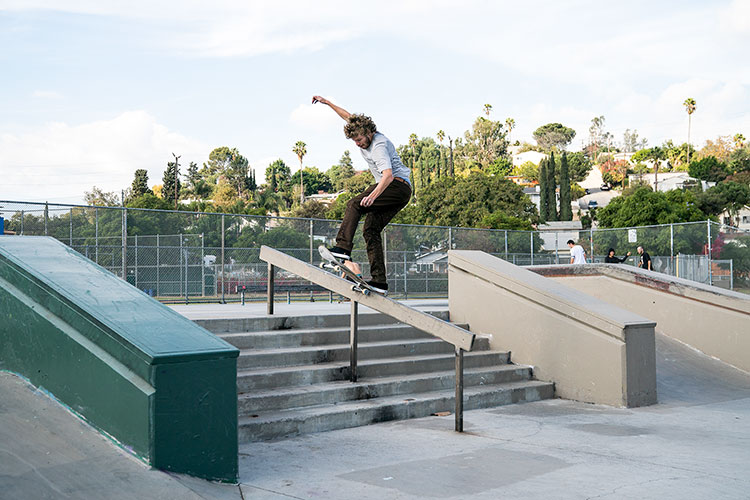 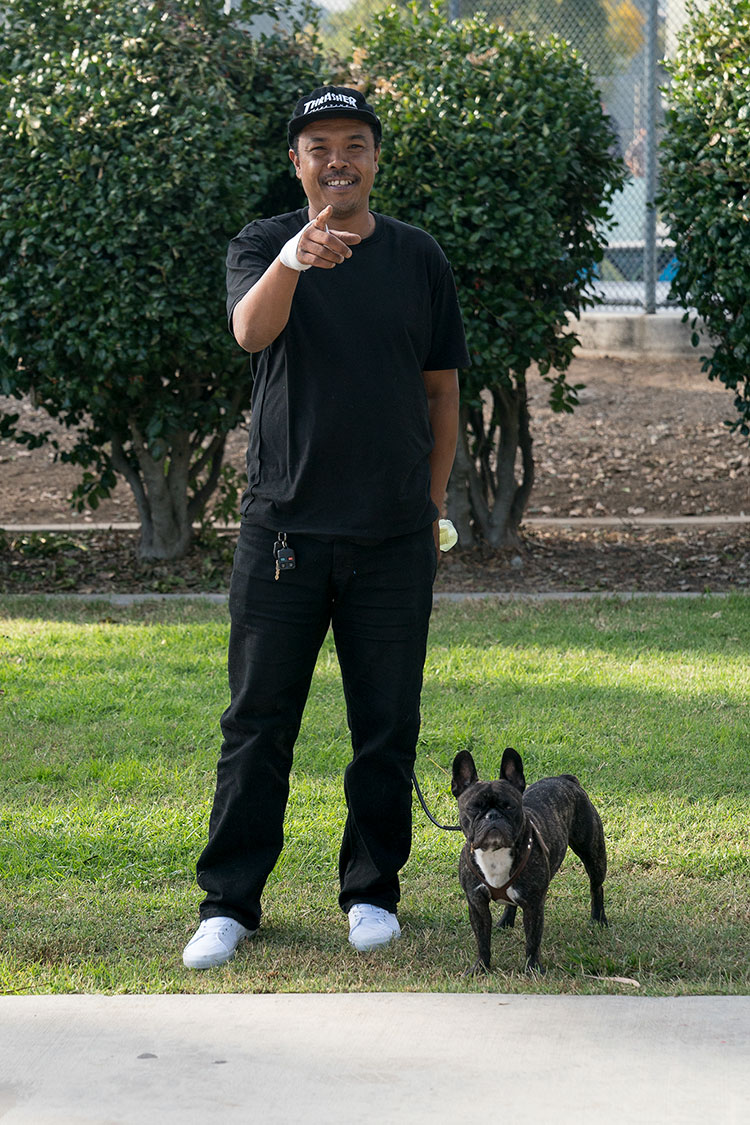 Thanks, Jay and Thurgood 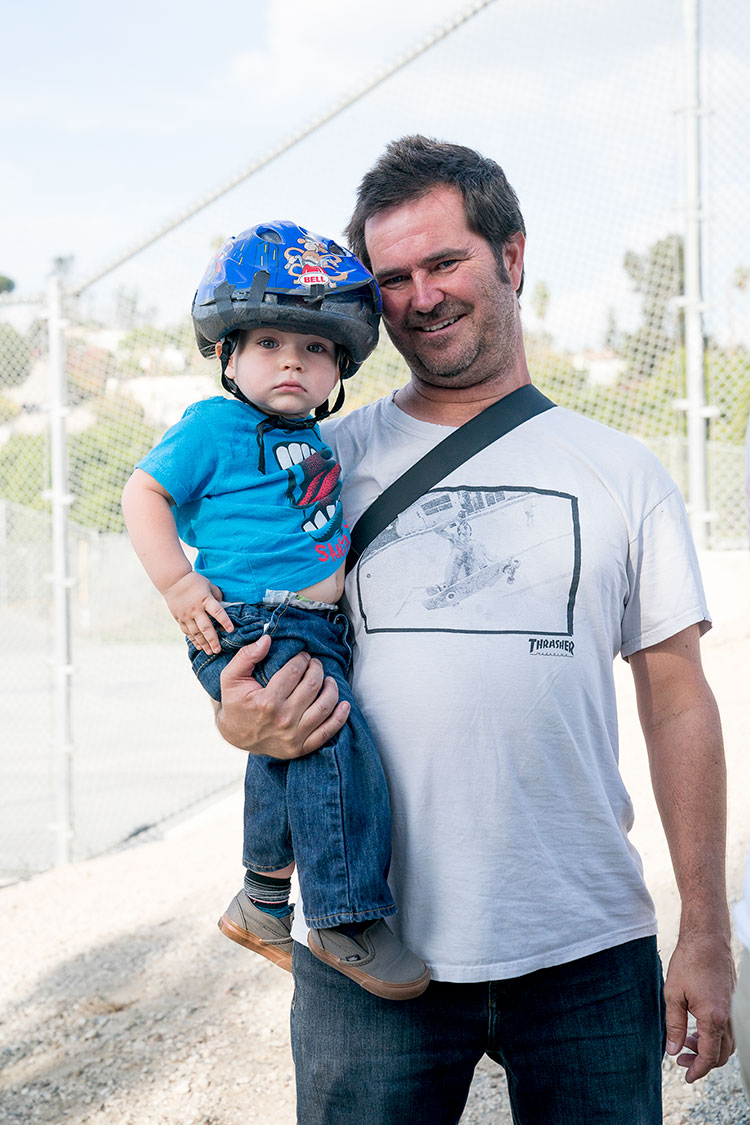 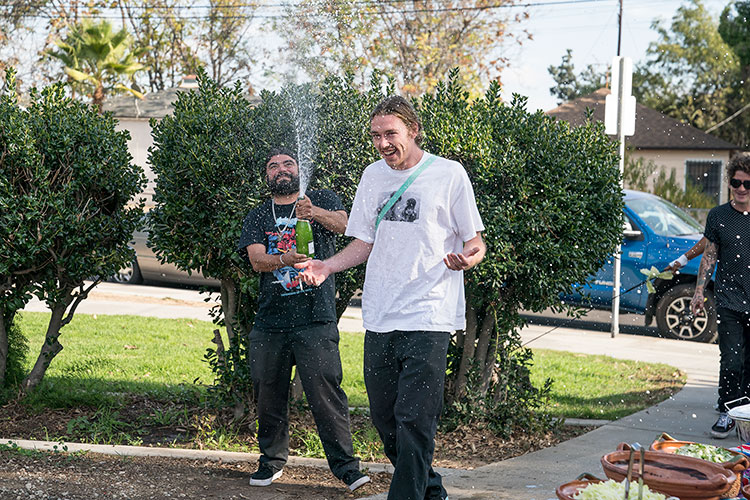 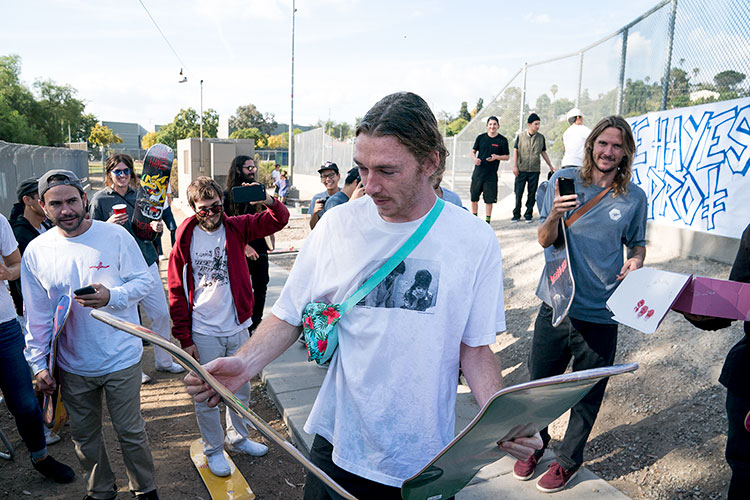 First look at your first pro board 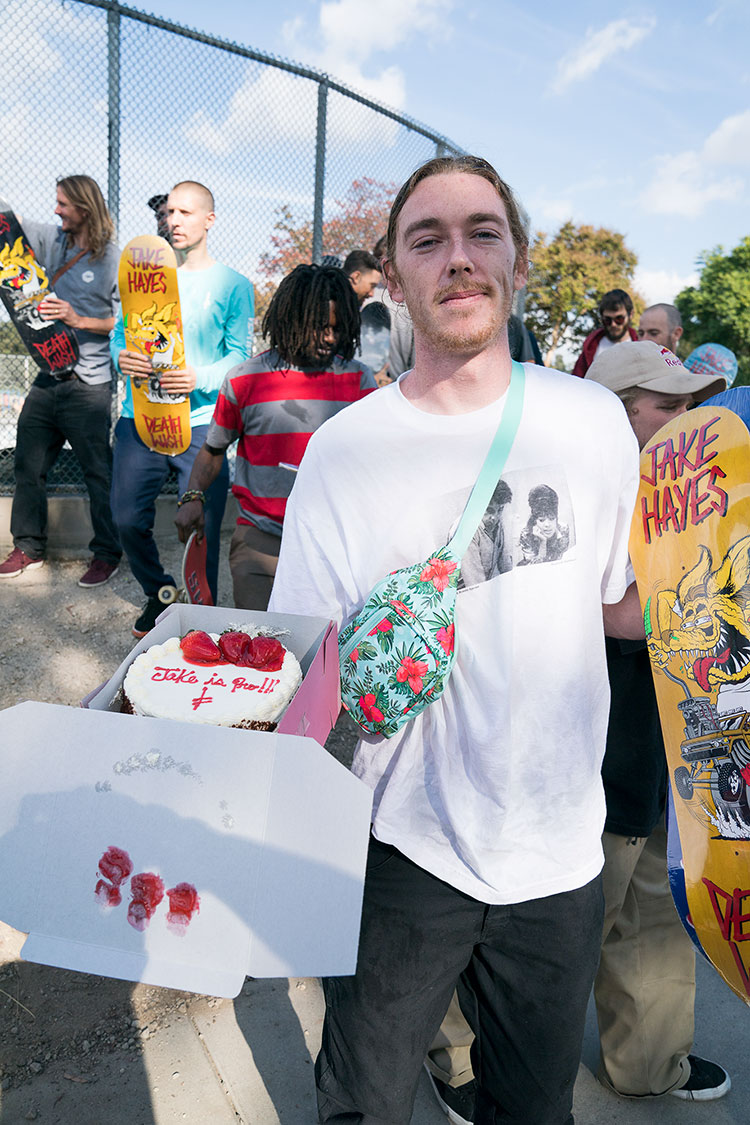 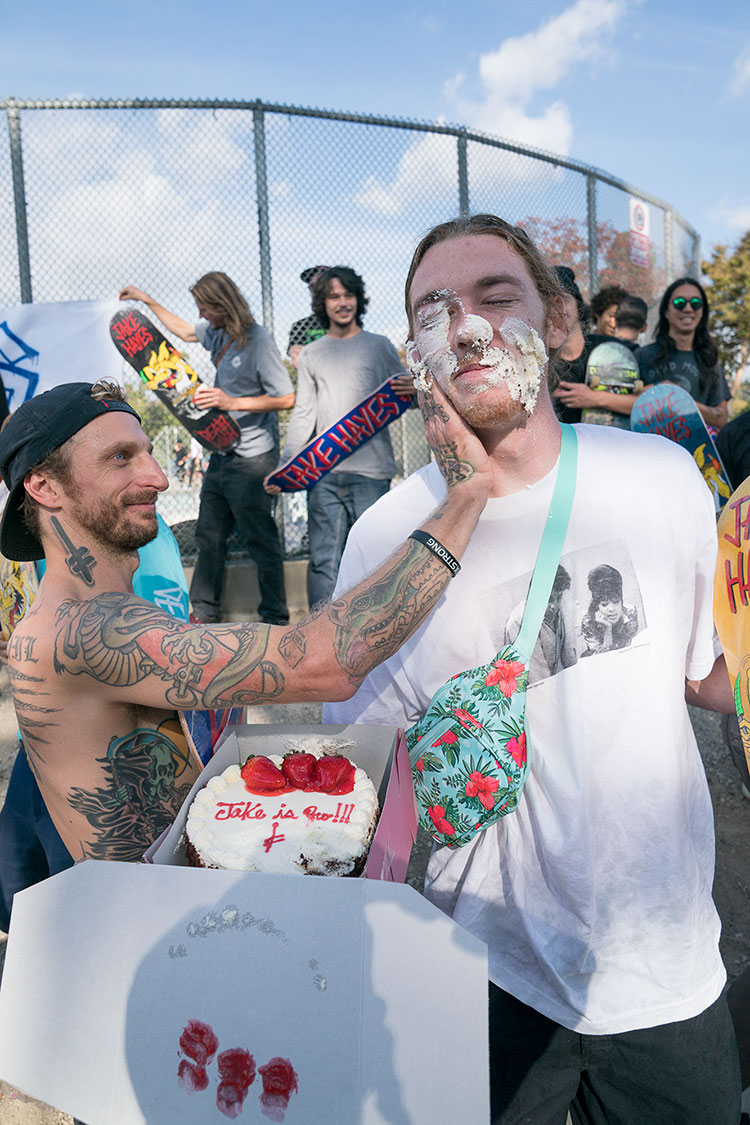 Lizard had to ruin the cake 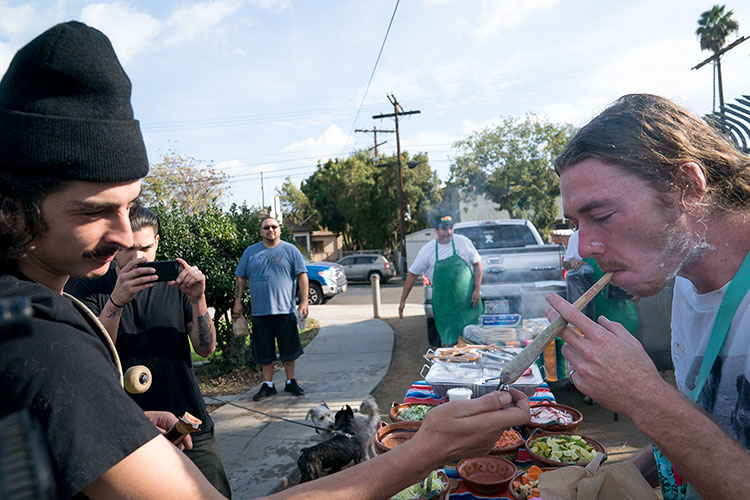 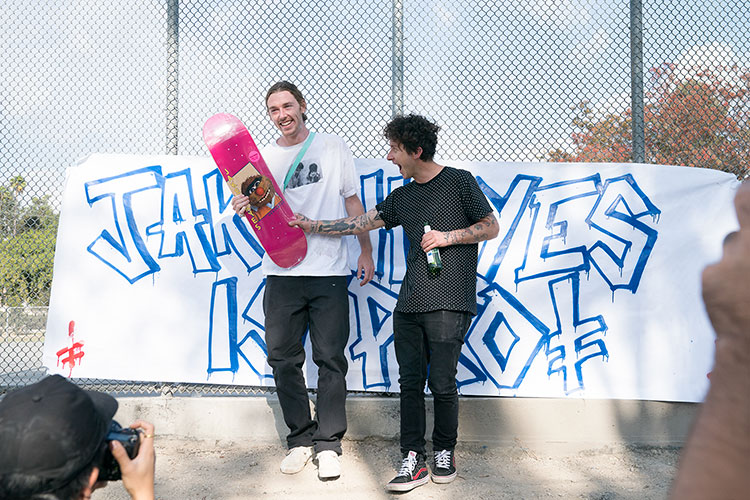 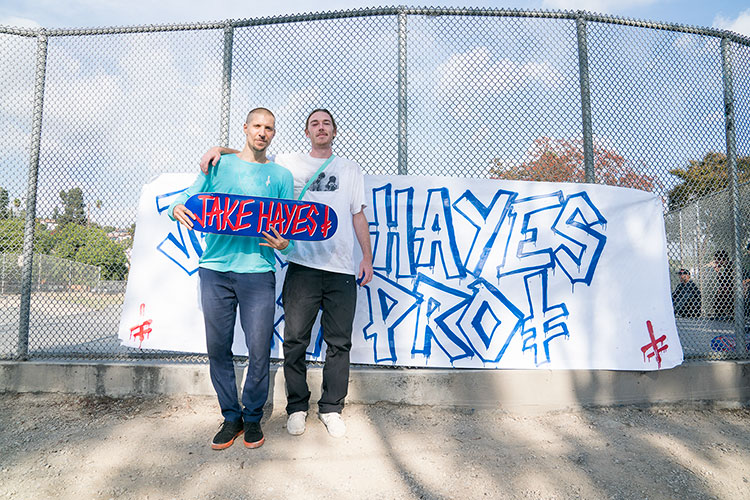 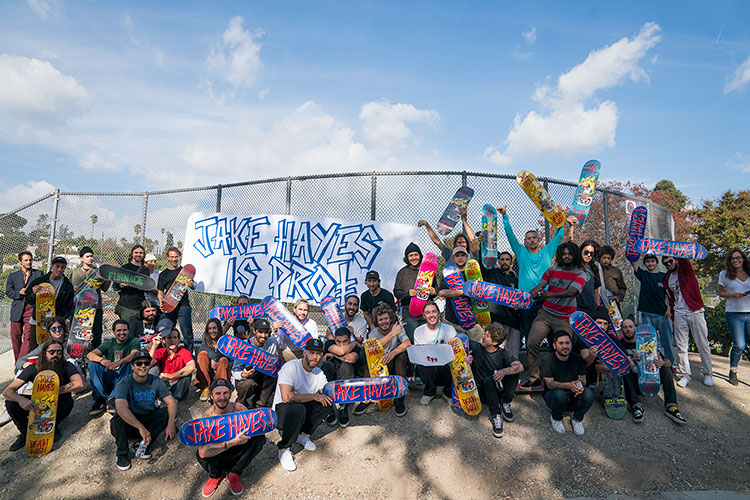 The crew is thick. Good on you, Jake!