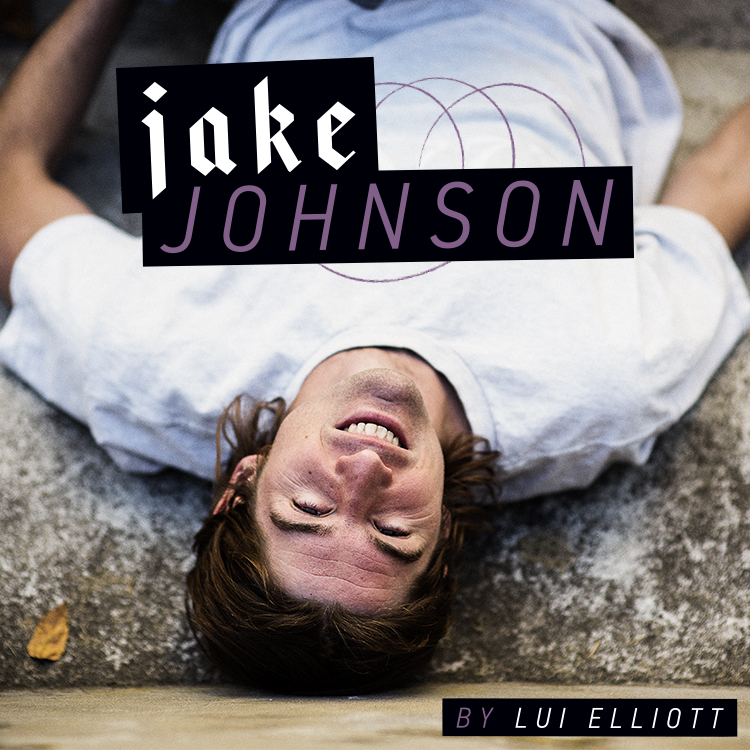 How are you doing, Jake?
Not bad. I’ve been in SF a lot. I’ve been good since I’ve gotten home. Trying to relax a lot, catch up on sleep.

Skate careers can go to 50 now, so you have another 20 years at least.
That would be nice.
  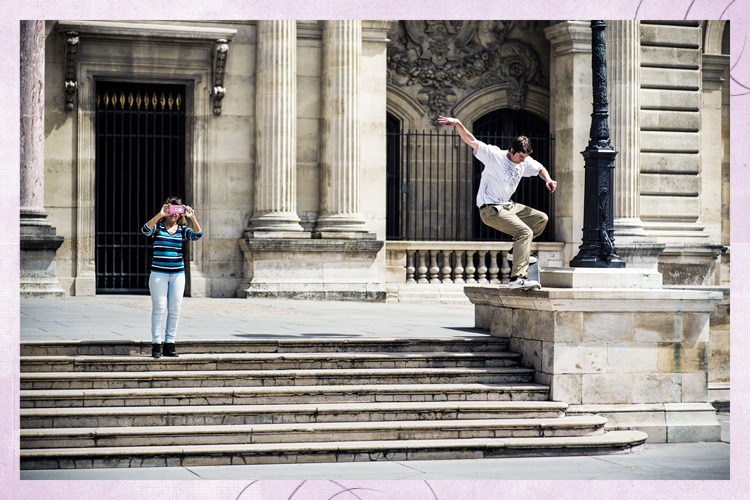 There was a time where we didn’t see much footage of you after Mindfield. What happened during that period? Were you not skating?
I put out some footage during that time. I did get hurt for about a year. From July 2010 to around the same time in 2011. I busted my PCL. I had a Destructo edit and went on a couple Mehring tours. Part of it was that I didn’t want to film HD too much. I wasn’t in a rush to make the change to HD. I didn’t film as much because a lot of people were starting to film in HD. As soon as I got healed from that injury I started filming for that Alien Workshop section.

Is it crazy, getting used to filming with another camera after going VX for Mindfield and HD for Purple?
It’s not crazy; it’s normal. It’s just filming for specific video projects. You have to work with the company and the filmers and build a relationship. As long as you have a good relationship with the company you ride for and the people you film with, it’s all the same. During the time you mentioned, I didn’t have a very good relationship with filmers. I don’t regret it but I should have filmed more when I was younger. It shouldn’t have mattered what camera was being used. I just had an affinity for the VX. I wanted to support it. I was happy to meet Ryan Garshell and film VX with him. I wish I had swallowed my pride and filmed a little more, though. It’s alright because I had a good time. I like skating without filming, a lot. 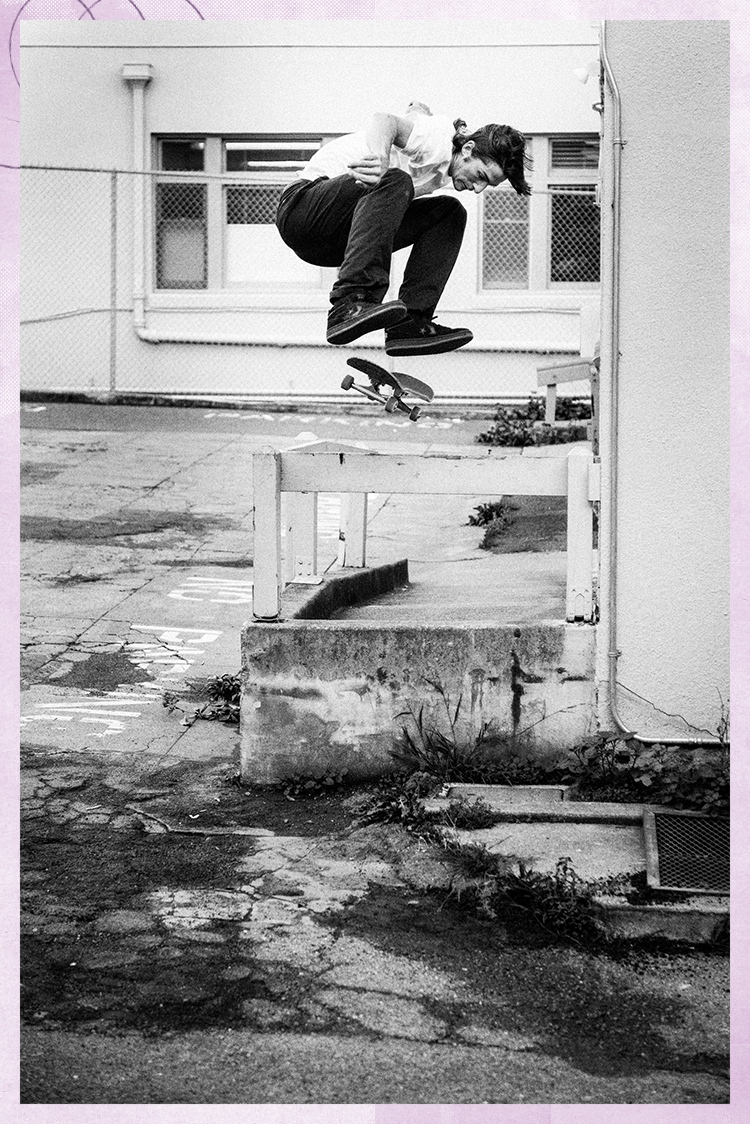 Living in the van was rough, but nowhere near as rough as the landing on this switch flip     Photo: Zaslavsky

Is it crazy seeing Ryan film HD now?
No. I admire Ryan a lot. I’m happy to see he’s progressing professionally and personally in his life. I will say it is hard to see him filming sometimes. He would only film long lens if he had to. Now he only films fisheye with HD if he has to. I think that’s a relationship between skater and filmer that’s pretty sick, when the filmer is rolling beside you. You’re approaching the spot together. I also understand long lens shows spots a little more clearly without distorting the size of the spot. I love seeing Ryan. He’s really talented riding a board.
 

Why did you live in a van?
I don’t know. It seemed like a good idea at the time. I just felt like it might be fun. I lived out of a backpack for a while. I rode my motorcycle across the country in 2012: camping everywhere, cooking with a little camp stove and all that little stuff. At the time I really liked it. I had just gotten kicked off of Quiksilver and Gravis had just gone out of business. I felt like it was time to save some money and live detached. I was 24 at that time. I wanted to try a little different lifestyle. After doing it on the motorcycle, I had the van and did a little project converting the van. I could’ve just taken it on weekend trips but at the time I wasn’t making enough money to pay for rent in a major city. To be honest, I could have made it happen if I needed to but I wanted to try living in a van.

Did you enjoy it? Was it hard?
I liked it a lot but it got bad in the end. I wasn’t in the van the whole time. I met some really good people. My friends let me crash in front of their houses. I’d share bathrooms and move from one apartment to another. I was just floating around. It puts you in a position to bump and run into spontaneous conditions. That part of it was fun. Feeling like an outsider, people walking past you at all times, not having a place to go to the bathroom, those things felt awkward at times.
 

A nollie 360 this nice deserves a reward. Treat yourself, Jake!     Sequence: Peters

Would you ever do it again?
I would live in a vehicle again, but I would have to be able to stand up in it. I’d have to have a bathroom. I couldn’t do the van again. For weekends and stuff like that, I could sleep in a van. I couldn’t live in one, though. It drove me a little crazy. It wasn’t very glamorous. I’m a little older. It’ll take its toll on your back.

Do you remember the first time I ever skated with you? We were in Oakland. You were living in the van and you found your little buddy.
Oh yeah. I didn’t find that in Oakland. That was cool. It was one of those spontaneous moments that happens when you’re living in a van. I was driving back from an herbal farm two hours north of San Francisco and pulled over to take a shit on one of those winding roads somewhere out there. There’s forest everywhere and I went down to the side of a stream, to where no one could see and I took a shit. When I finished, there was this jet-black newt with a bright orange belly. It was swimming out of the water at a snail’s pace. It’s odd because lizards move really fast and it didn’t even seem to see me two feet away from it. I just leaned over and picked it up. It didn’t seem to do anything so I decided to keep it for a little while. After I captured it, I had it in a tank and it laid eggs. I finally looked up what this thing was and apparently it’s a rare and very poisonous newt that returns to the very stream it was born in to lay its eggs. I was thinking about what I just did and I had to go back and return it. That’s what I ended up doing. 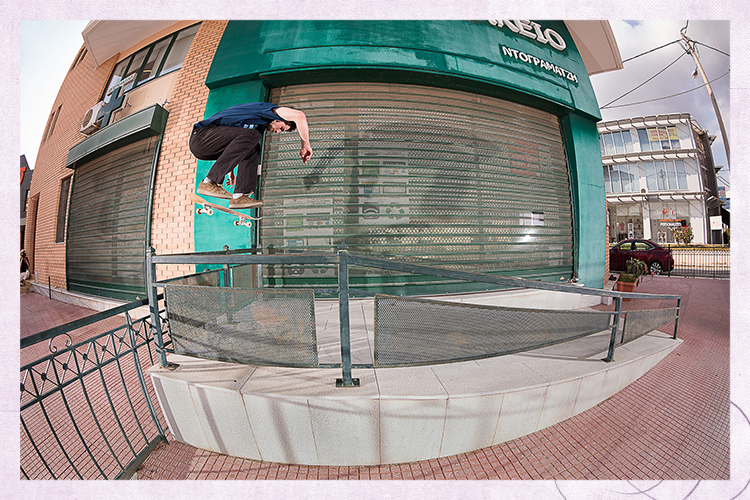 We looked it up while we were skating and the Internet said it could kill you in 12 minutes after ingesting its poison. You had just started to eat food after handling that thing.
I think what it was is that if its enemies eat it, it releases toxins. I don’t think it was transferred through the skin. That’s why it’s so orange. It’s a defense mechanism. Other animals see orange as a red flag. If they eat it, they’ll die. It was poisonous but wasn’t harmful to me. 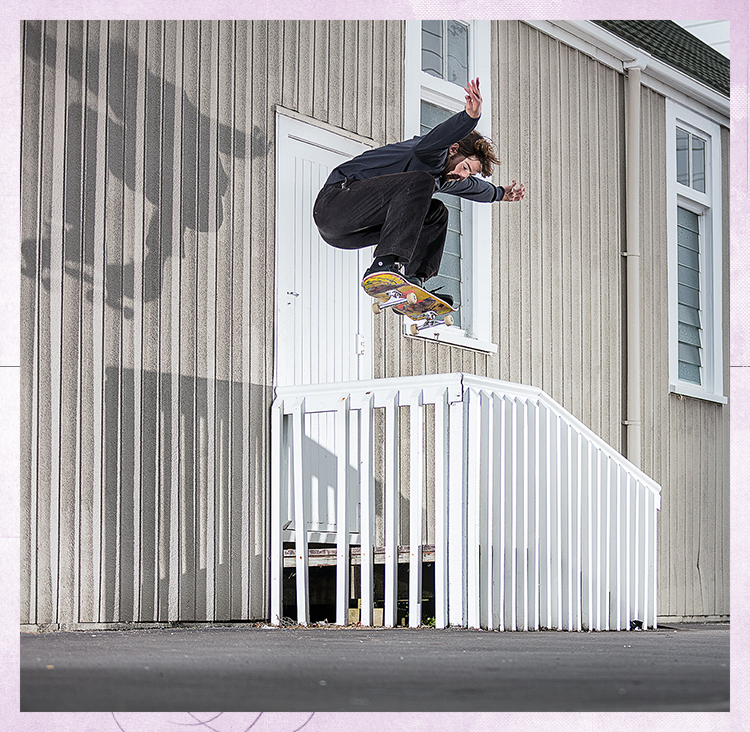 No boards were harmed in the making of this switch ollie     Photo: Coultard

You’re also the only person I’ve ever seen break a board on the first attempt after setting up a brand new one.

Was it a flatground trick?

Yeah, it was a 360 flip on flat. You broke the tail off the very first go.
Could not land bolts.

You once told me you love motorcycles. What kind of bike did you have?
A Ducati GT1000. I still have it. It’s not huge but it has a bigger engine. It only weighs 420 pounds with fuel. 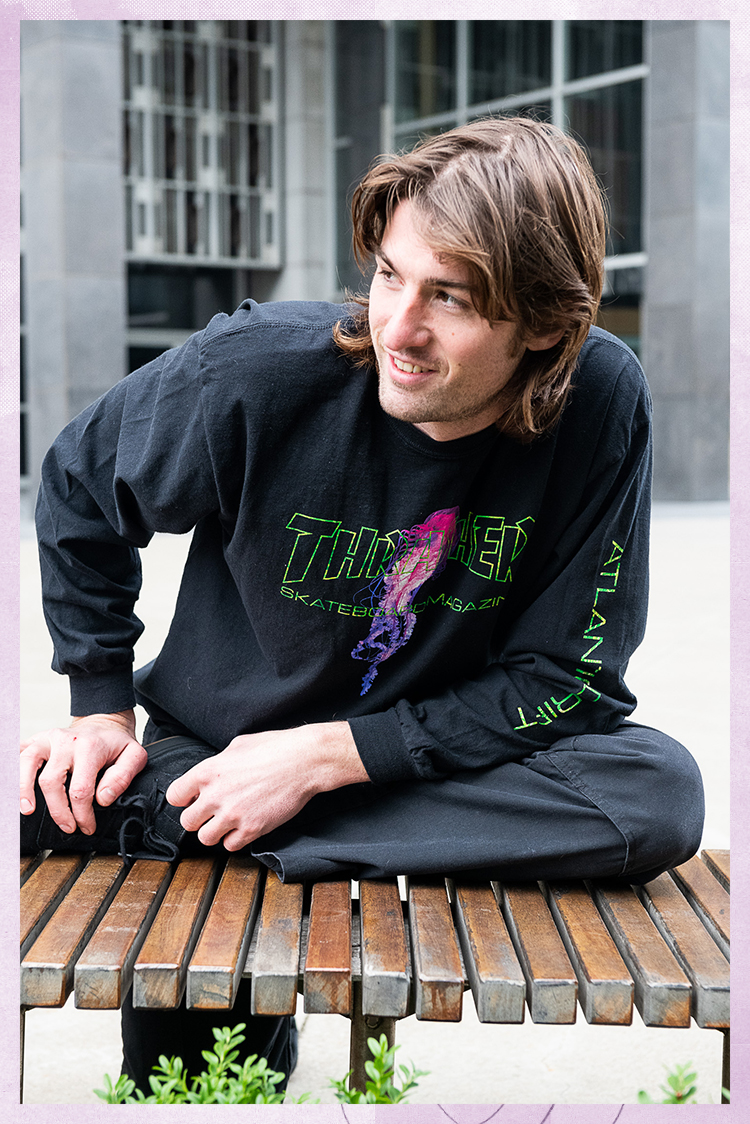 What compelled you take the cross-country trip on it?
I went on a small tour in 2011 and we drove from Pennsylvania to North Carolina and back. I had only driven it locally but it was a touring bike. I got really stoked to do a further tour. That first trip was in April and I left for mine in October of the next year. I was kind of in a transition with my living situation so I decided to get rid of a bunch of things and live on the bike. I’ve always wanted to do that at least once. My girlfriend at the time was on the back. She was touring with me. It was probably harder for her than it was for me.

I at least had the adrenaline to steer the bike to avoid cars, but she’s just sitting in the back, freezing and bored. We drove several 17-hour days in a row. We were going crazy. It was an endurance thing for me. I wanted to drive as quickly as I could to get across the country. We did stay in Colorado for a week. We went from Pennsylvania to Birmingham, to Oklahoma City, through New Mexico, up to Colorado, to Utah, down to Vegas and across to LA. We stayed in LA for a month and we went back up to San Francisco. It was a month and a half we were living off of the bike. I was pretty prepared and we did pretty well. The only time it went bad was when we got stuck in Denver during a snowstorm. I got a flat and got it fixed in Utah. It was some guy’s shop he ran out of his garage and he told me to take an alternate route instead of going straight through to LA. That was the best part of the trip. It was one of those moments. My perception changed a lot during that trip. Every time we ran into a mistake or problem, things would end up changing but something else would happen and it would be for the better. I learned just to flow with it.  It was a learning experience. I wanted to do it and enjoy it.

What would you tell someone that wanted to do a trip like that?
Pick a place you want to go and reward yourself. It always takes longer than you think to get there.