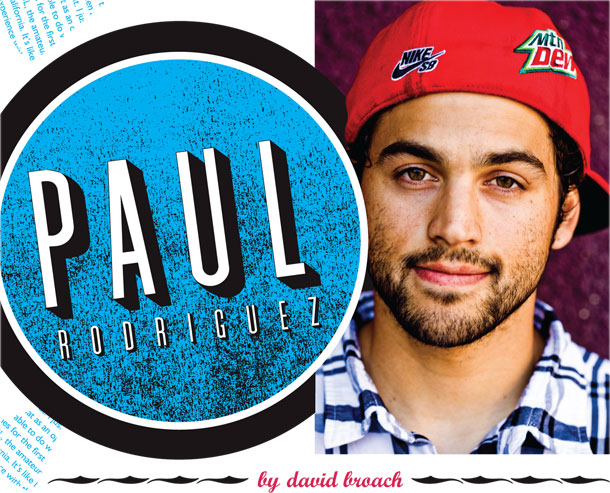 What did we figure out the other day? That up until the last couple of weeks, it’d been six years since we shot a photo?
I’d say seven, maybe eight years. Since ’03!

That was pretty much the start of your career. How’s the ride been so far?
It’s been good and it’s gone by pretty quickly, but it’s been crazy—in a good way. A lot of things have happened that I never thought would happen.

When you first came out, all these people were talking about this kid from the Valley who ripped. “Who’s that one comedian guy’s son?” Was that a little niche for you when you started? Some guys give themselves tough nicknames so people will notice them. Do you think that helped people notice you?
Not that much, because when I was younger I wouldn’t even talk about it. I wouldn’t let it be known until people found out. It was just a cool topic of conversation. I don’t know that it actually helped me, because if you can’t skate, you can’t skate—no matter who your dad is.

You’re one of the few guys who skates in the big TV contests that no one makes fun of when they’re not around. How did you manage to pull that off?
I guess I just stayed true to what I’ve always done. I’ve always been a street skater, and I never really left that. I just saw the X-Games and things like that as an opportunity, something that I might be able to do well at.  I was invited to the X-Games for the first time in ’03. I grew up skating CASL, the amateur contest series for little kids in California. It’s like little league. So I already had experience with that sort of thing. I was down to try it out. I didn’t even go thinking I’d do well. I just wanted to skate the course and skate with the pros, and I ended up having some good luck with them.

Do you think that’s helped with everything else?
Oh yeah. The contest definitely helped. 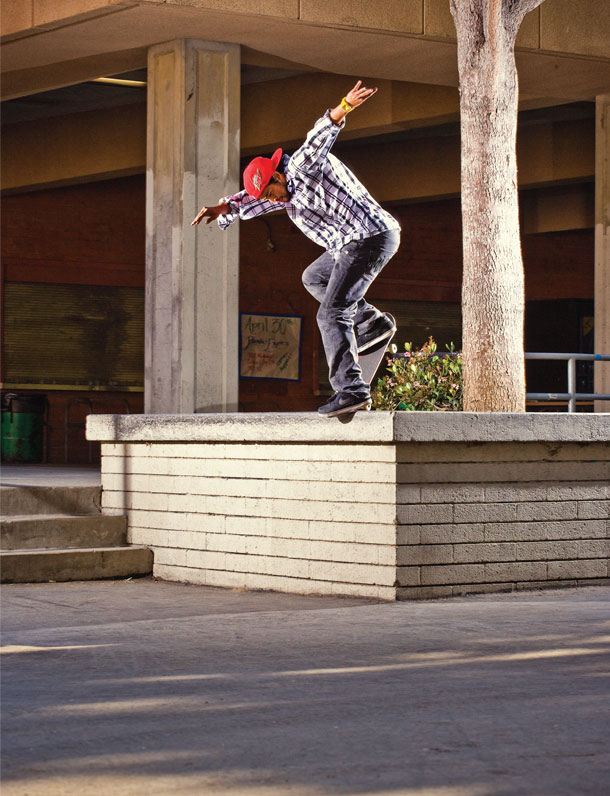 Do you think of yourself as a competitive person?
Yeah, for sure. I am a competitive person. Even outside of the whole contest thing. I’m competitive with myself. I think that’s what’s kept me motivated for so long—to keep getting better than I was before, and keep having better video parts than I had in the past. Try new tricks. Of course, in contests, that helps.  I want to do my best, and I’d be lying if I said  I wasn’t going there to try to win.

How does it feel to be just as famous as your dad now?
It feels weird to be known like that. My dad tells me that people are always coming up to him, saying, “Hey, isn’t your son the skater?” It used to be the opposite. I didn’t expect that skateboarding would get me known on the level that it has. It didn’t stay just inside skateboarding—it’s spilled over a little bit.

Who gets hit up for autographs  more often?
I’d say Pops still has me on that. He’s been around, since, forever.

Do you still skate with the same guys you grew up with? Friends from The Valley and the old City Stars ams?
I definitely still skate with the guys I grew up with, but not every single person. Some guys quit skating, or had to get jobs, or just fell off. I still see Mikey a lot. Now that Justin Case is back, I’ve been skating with him. I’ve seen Devin a lot lately, too. Let me see… Who else from City Stars…

You don’t have to go on about City Stars.  I just remember that, when you were a kid, it was always the same huge crew from The Valley.
It was the Newbury Park crew and the Northridge crew. We’d combine to form one huge crew. I definitely still see the ones who  are still around. 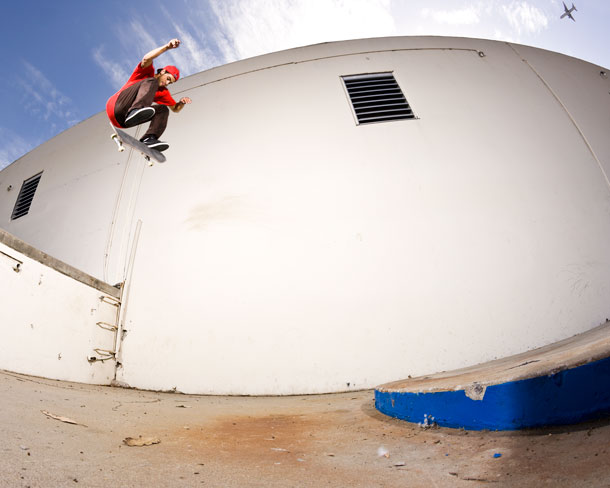 You’ve stayed pretty loyal to the people that helped you start out. You’re back at Syndrome with Silver, and you hired the old City Stars TM, Heath, as your manager. You’ve pretty much kept the same people around you throughout this whole thing.
I tried to. To keep that nostalgia; to keep that feeling around. As long as those people stay in skating, I don’t see myself growing apart from them. I only stopped seeing people when they grew away from skating. I never did, so that’s kind of the way it ended up. It wasn’t a calculated thing. You just hang out with your homies who are into skating, and it works out.

How is it being a dad?
It’s so good. I love my daughter so much. She’s so easy-going and funny! She’s always doing funny things: Getting into stuff, climbing on stuff. If I turn around for two seconds she’s already on some counter or dresser. You’ve got to keep your eye on her real heavily, because she’ll get into stuff quick.

Have you made Heath change baby  diapers yet?
Nah. He’s got plenty of his own experience with that. He’s got three of his own.

Do you ever make him do anything that you know really sucks?
Not really. He’s only been with me for a couple of months. There’s plenty of time for that.

You’re pretty much a rich guy now. Why don’t you have some fancy car and a big party house on the beach full of chicks who say “like” a lot? Seems to be the thing to do when you make money off of skating these days.
Well, I got the nice house and the fancy car, just not on the beach! I’m past that stage. The house I had when I was 18, when I was living with Jereme, that was kind of like the skater junk house. Especially now, since I have the kid, I like having order in my life. I like to be comfortable at home. I’m kind of boring, I guess.

Are we going to see more of you in Thrasher now?
Plenty more!