This past Saturday was the gallery opening and book release party for Marc McKee. For over 20 years, Marc's been one of the main illustrators for all things Dwindle. He's done graphics for everyone from Natas to Sheckler, and has managed to always keep it controversial. The gallery is up until April 10th at the HVW8 Art + Design Gallery in Los Angeles. If you're in the area, it's definitely worth checking out. If not, you can get one of the books here. 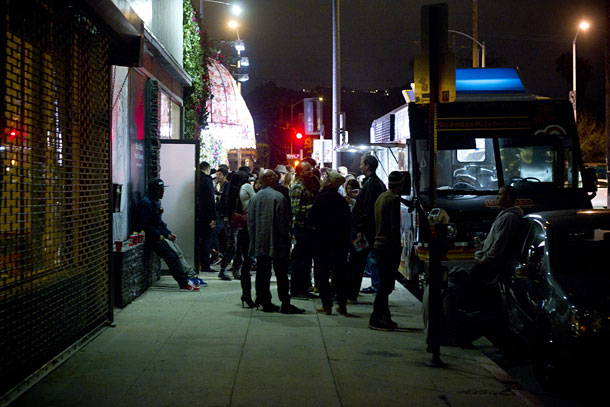 Catered by a taco truck means you know it’s going to be good. 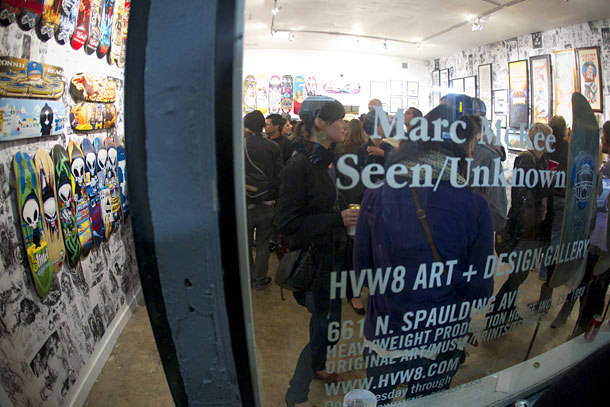 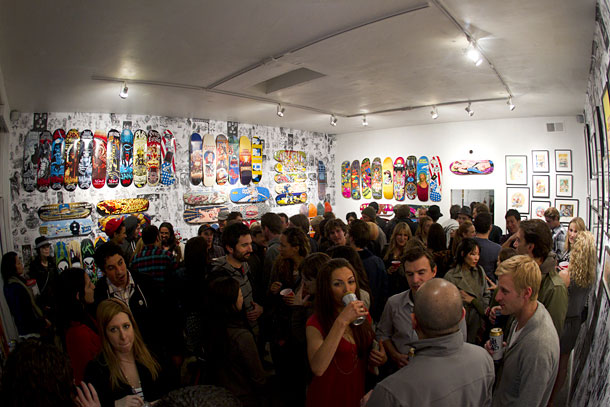 It was a packed house. 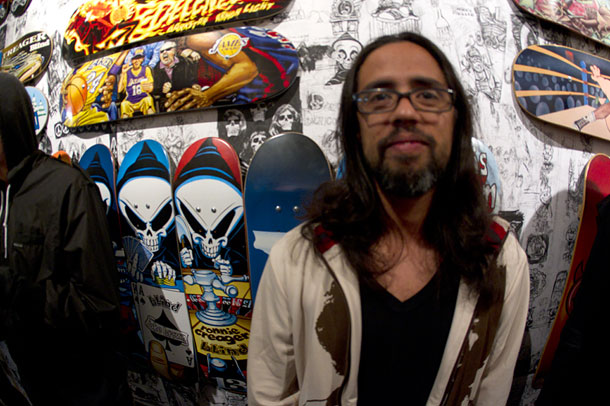 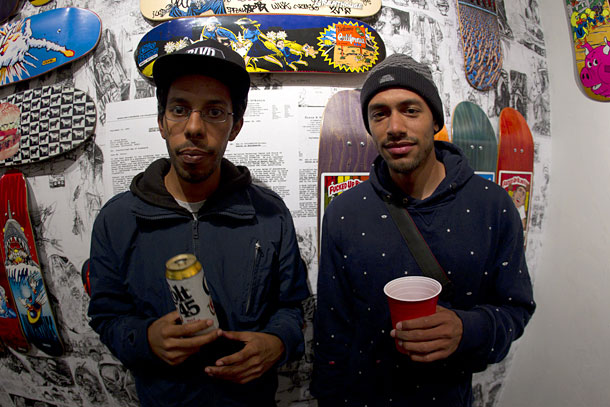 BLVD Ams Jose Pereyra and Nate Fantasia were stoked to be in town. 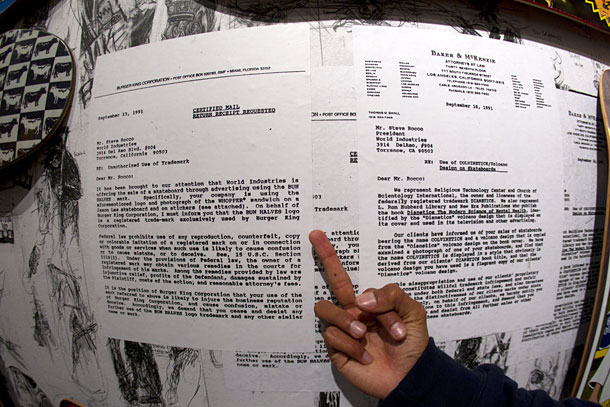 Copies of the original Cease and Desists from the Colvinetics and Jason Lee Whopper decks. 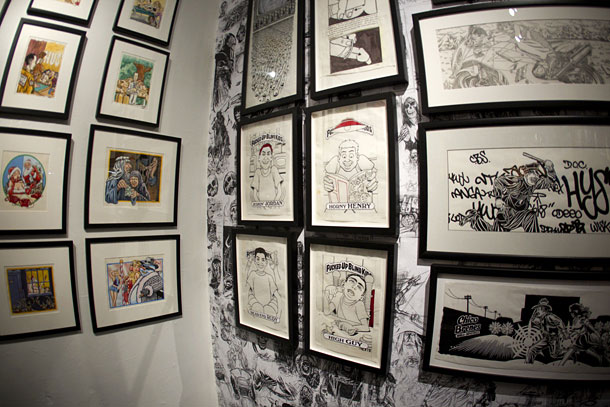 The original drawings for the Fucked Up Blind Kids. 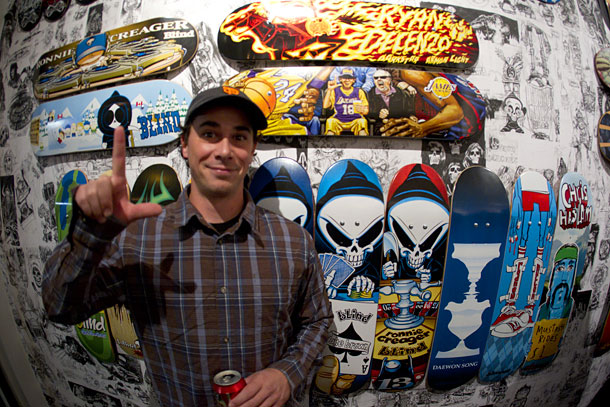 McKee has done dozens of James Craig graphics by now, but if one had to go on the wall, you know it’s going to be the Lakers championship with Jack Nicholson. 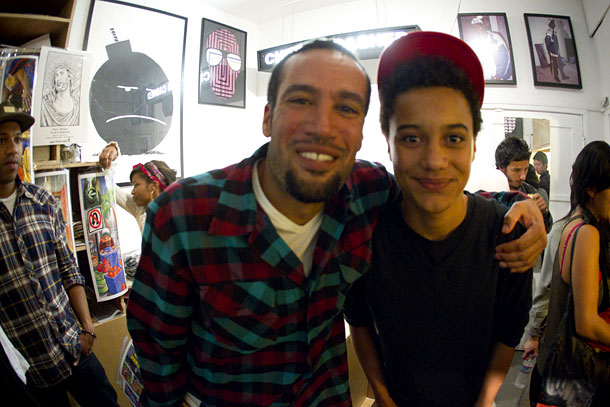 Musician Ben Harper even showed up to the opening with his son, both of whom are down for Dwindle and McKee. 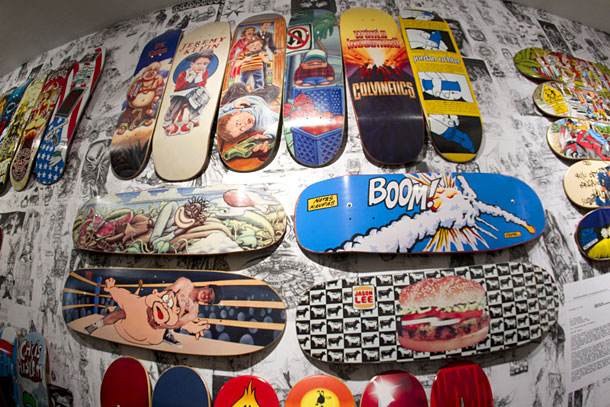 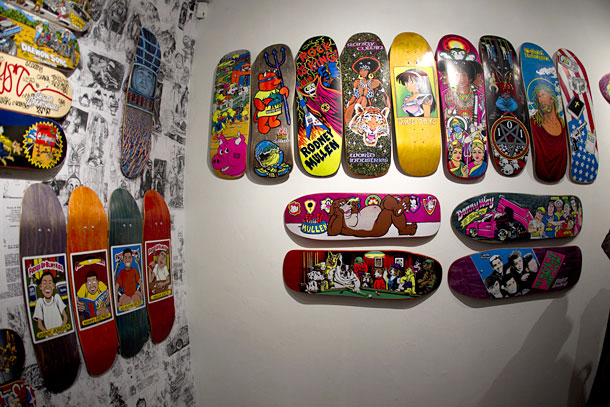 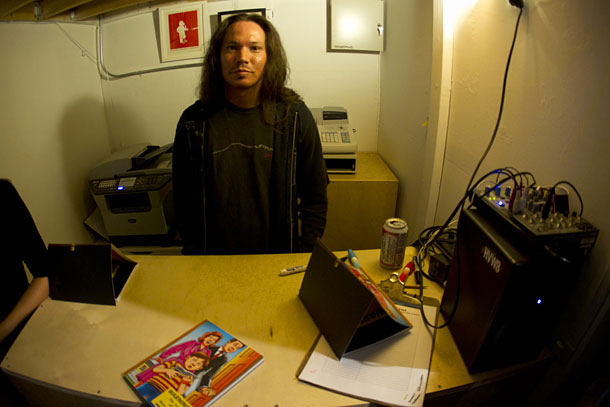 Marc stayed busy all night signing copies of his new book. At one point the line to get the book signed was longer than the line for beer. That’s when you know it’s a good show.
© 1981–2022 High Speed Productions, Inc.