In October of last year, our European friends Rune Glifberg, Kevin Bækkel and Sam Beckett escaped their respective winter wonderlands and headed towards the fun and sun of Indonesia.

Bali is not a well-known destination for skate trips and we had no idea what to expect skate-wise from the surf town. On our way from the airport to the hotel, Kevin and I were looking out of the cab window, scanning the streets for spots, but all we saw were scooters chaotically flying around each other on tightly-packed roads. Tired but excited, we knew we were about to be thrown jetlagged and headfirst into Bali’s ocean of madness.

A few miles into the ride we noticed wild looking warrior monkey statues and shrines placed every few blocks. Our cab driver told us Bali is predominantly Hindu and the statues were there to honor the various gods. The whole scene resembled something out of an Indiana Jones movie.

From our outside perspective it seemed like the Hindu religion had a god for just about everything, so it seemed reasonable that the island might have some kind of skate god. We spent the next ten days burning some serious scooter rubber into the surrounding jungles in search of hidden bowls in an attempt to appease the skate gods that we assumed must be watching over us.

On a few of our jungle adventures I thought we might actually find Animal Chin—or at least his grandson—shredding some ancient golden pool. And while we didn’t end up finding Chin, we had a hell of a good time searching! A big thank you to all the locals who showed us such a good time! 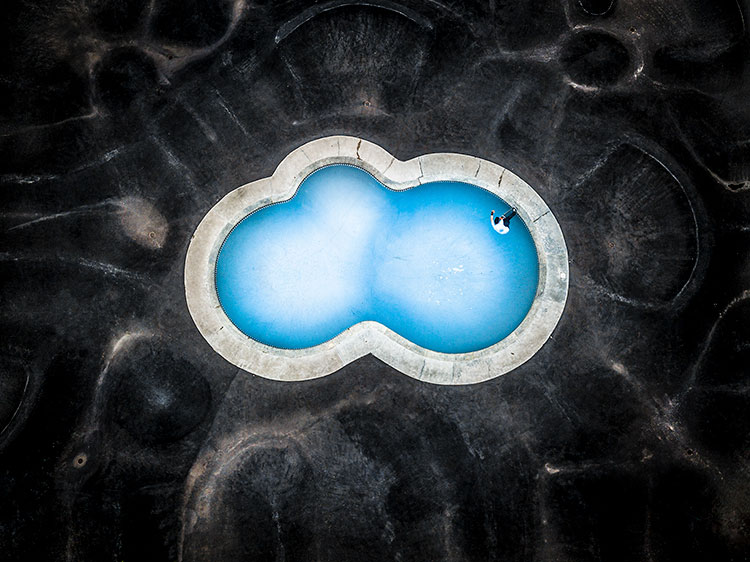 Rune with a bird's eye crailslide in Bali 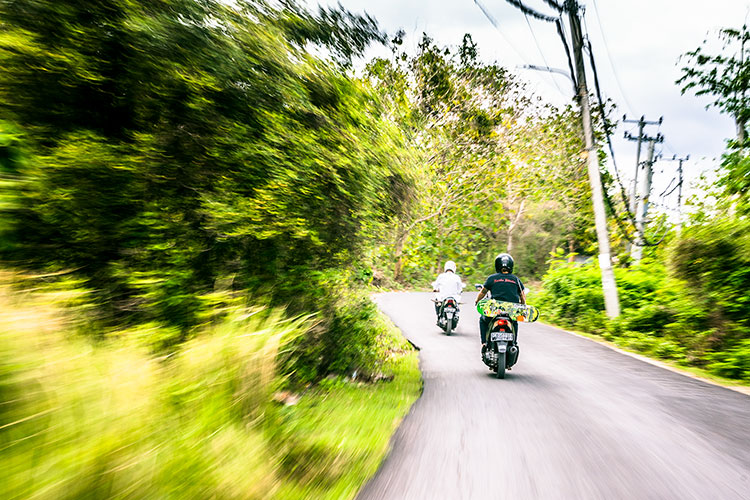 We rented scooters for six bucks a day and headed into the jungles in search of hidden bowls. 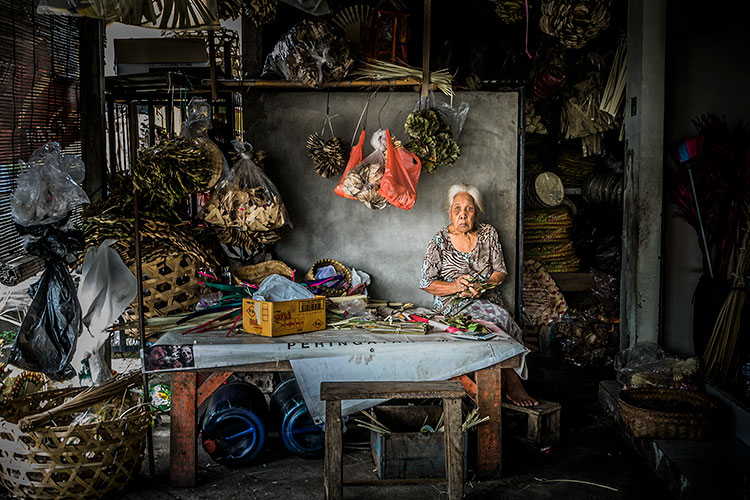 Locals on the island leave little prayer baskets around the island filled with offerings to the gods. This women was weaving baskets from palm leaves 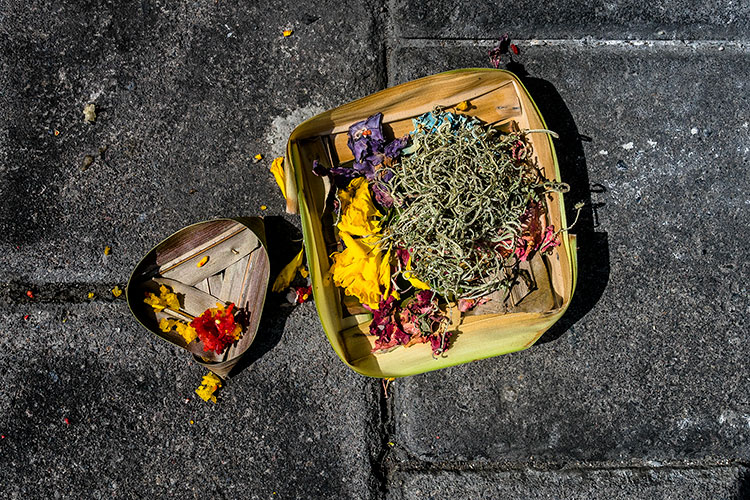 Offerings to the gods 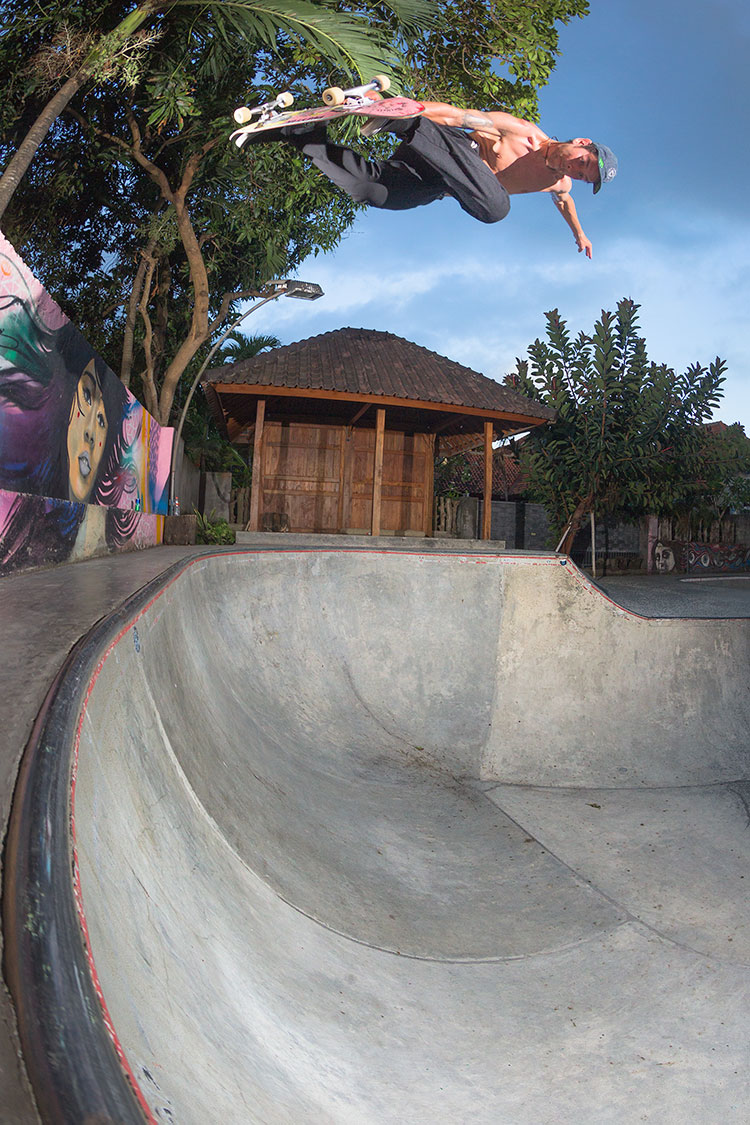 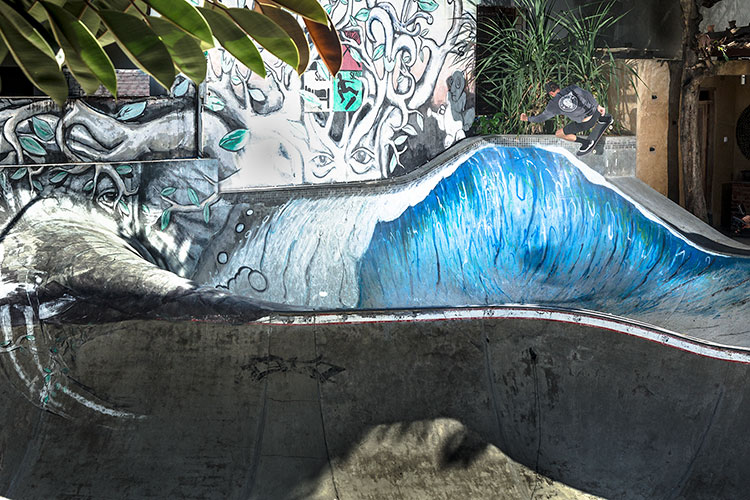 We ran into Jimmy Wilkins and he lipped the curl 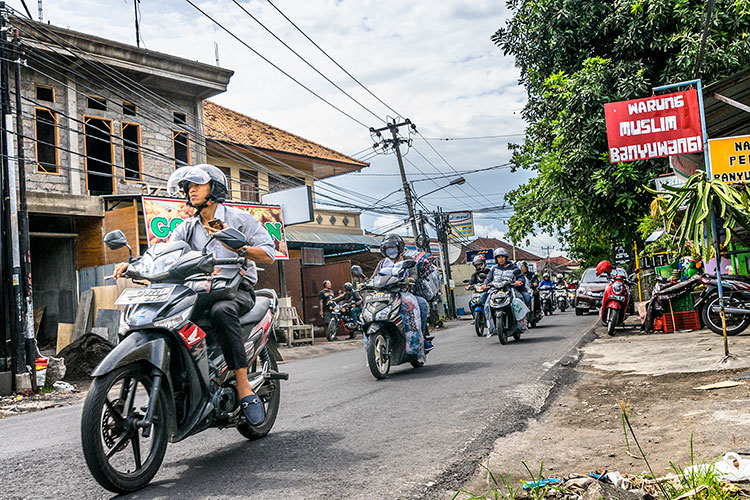 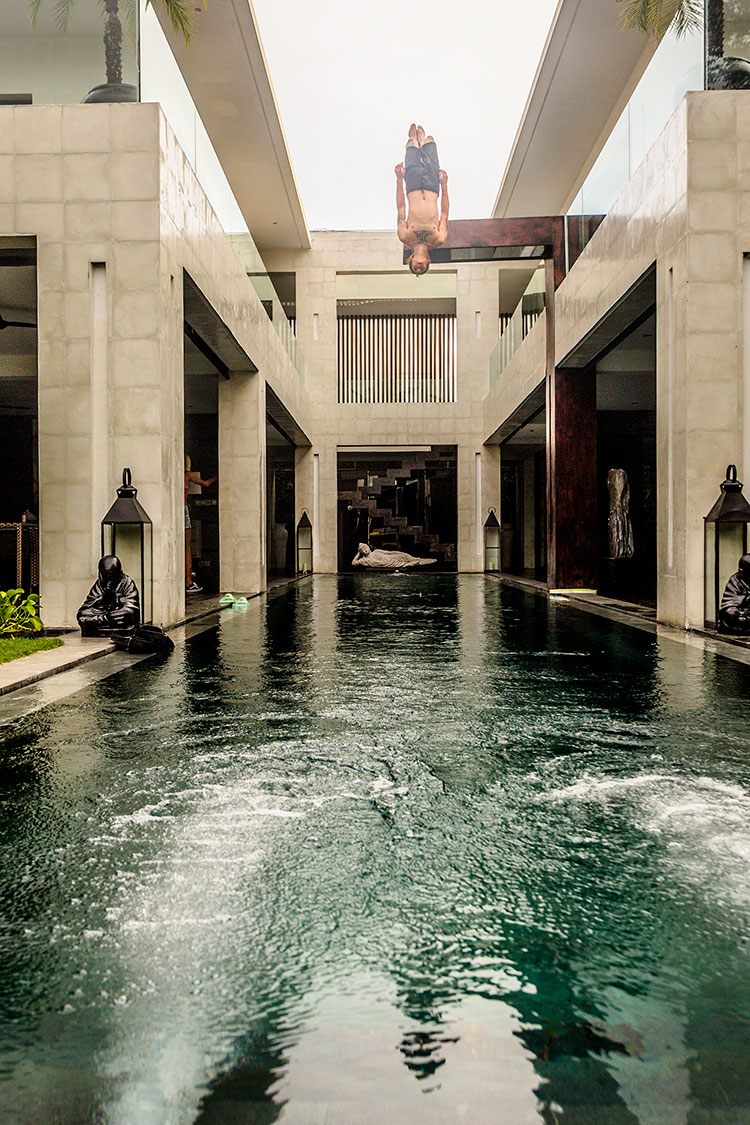 Indonesia is so cheap! This was our baller Bali home. Kevin backflipping over the bargains 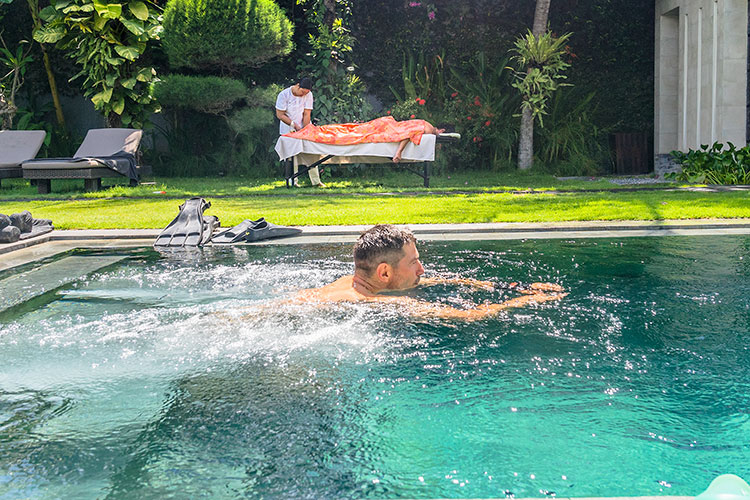 Is there such a thing as too much luxury? 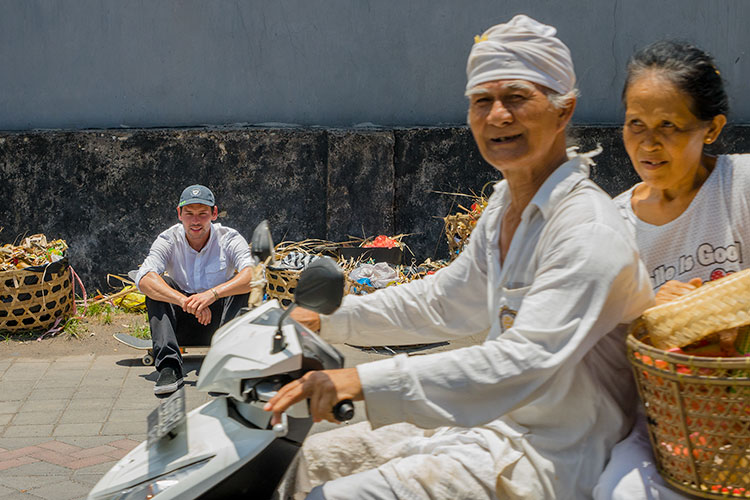 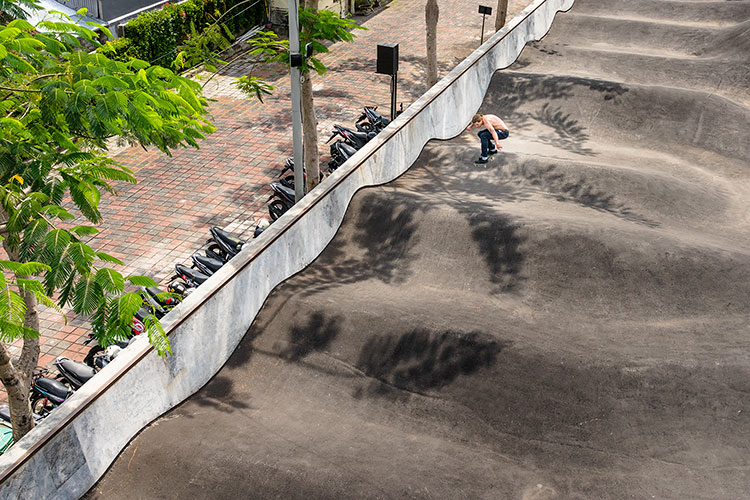 Kevin ollies on the dark side of the moon 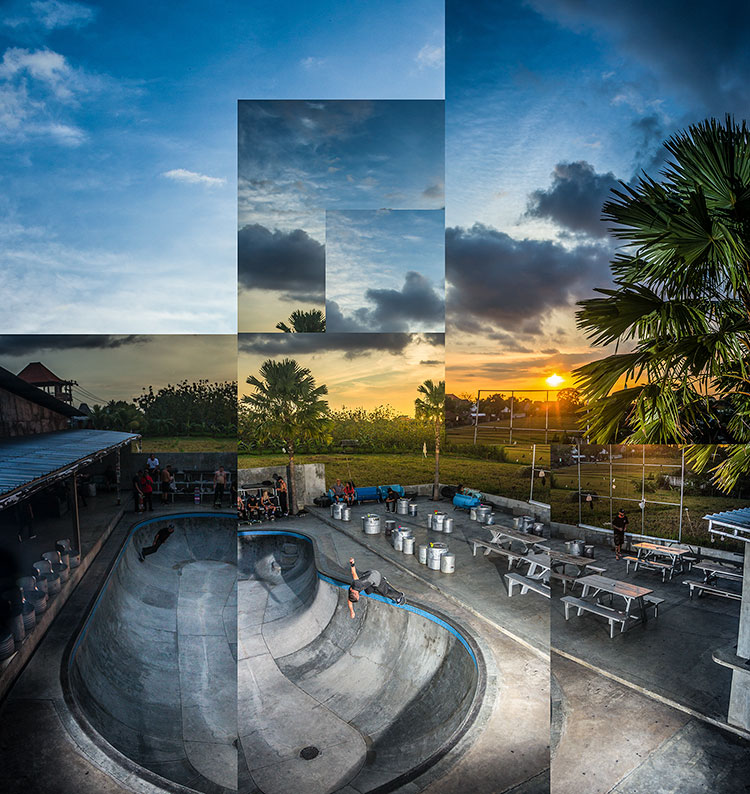 Needed a wider lens so I compromised with a collage of Rune's nosegrind. Too crazy? 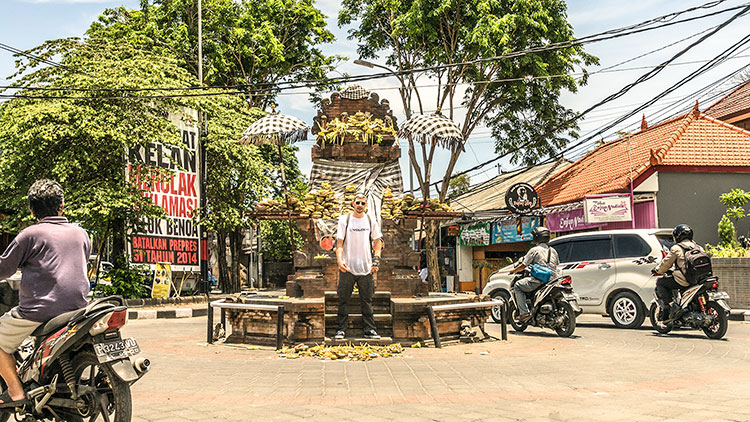 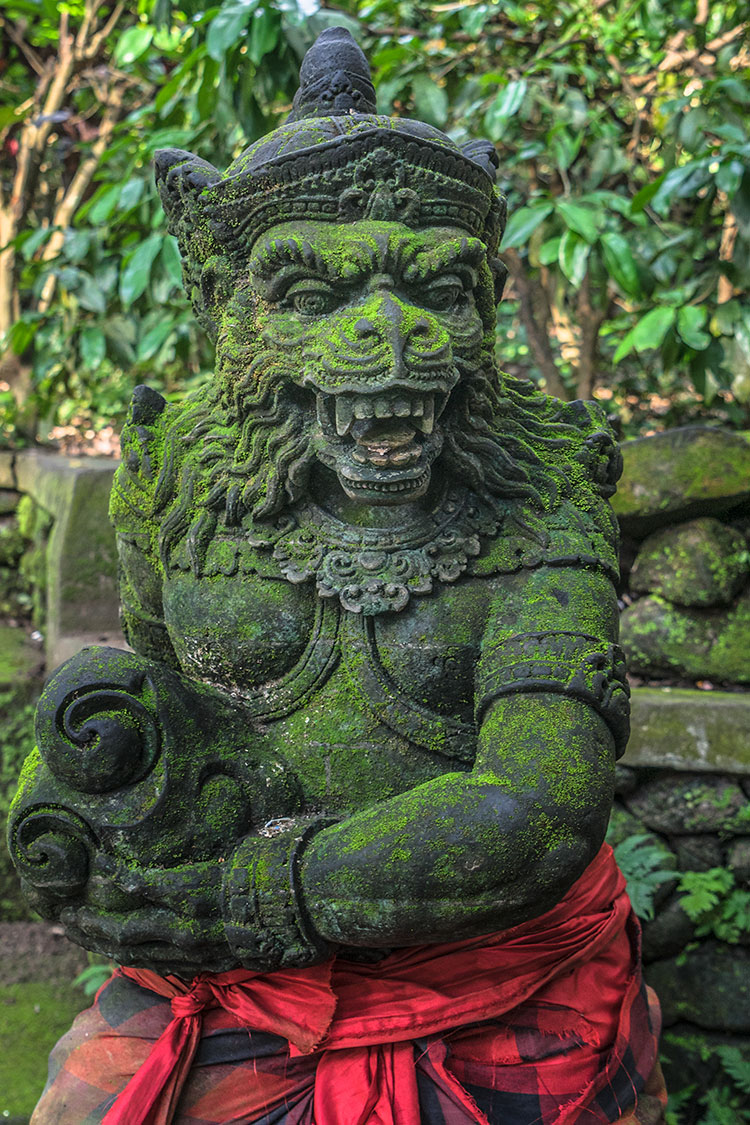 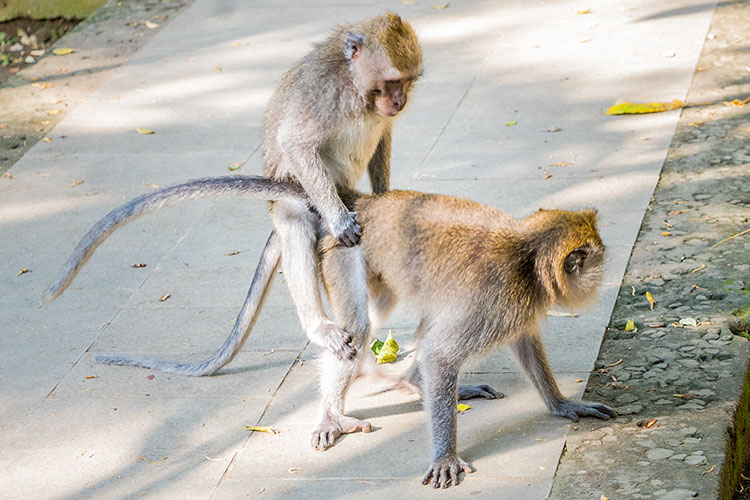 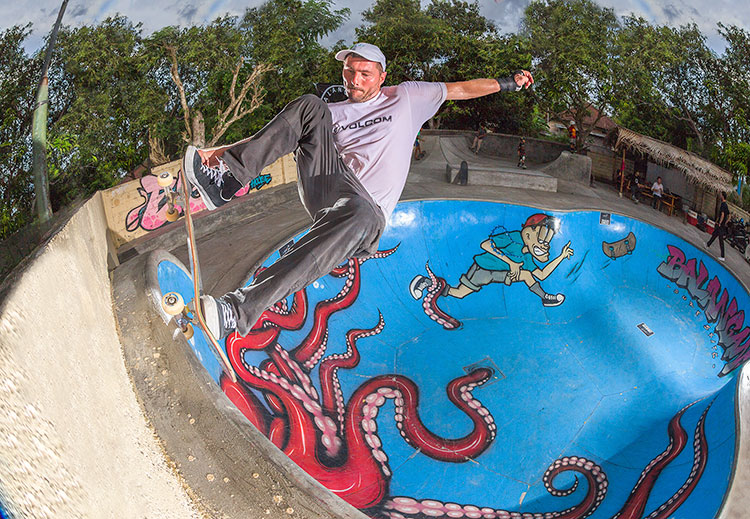 Rune throws a nosegrind over some calamari 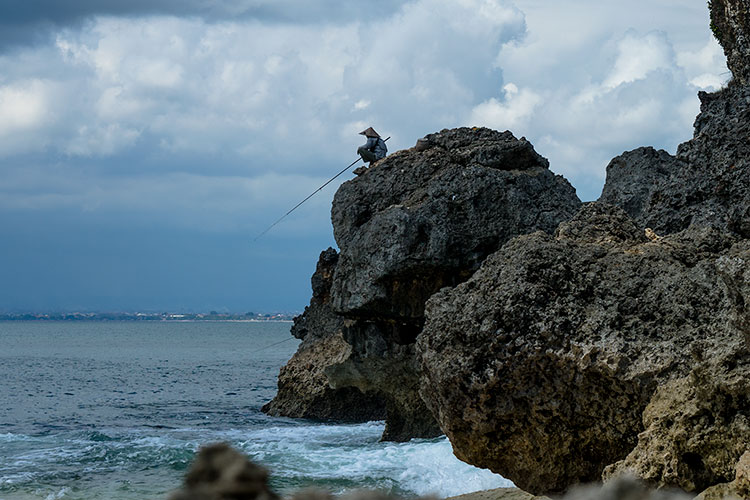 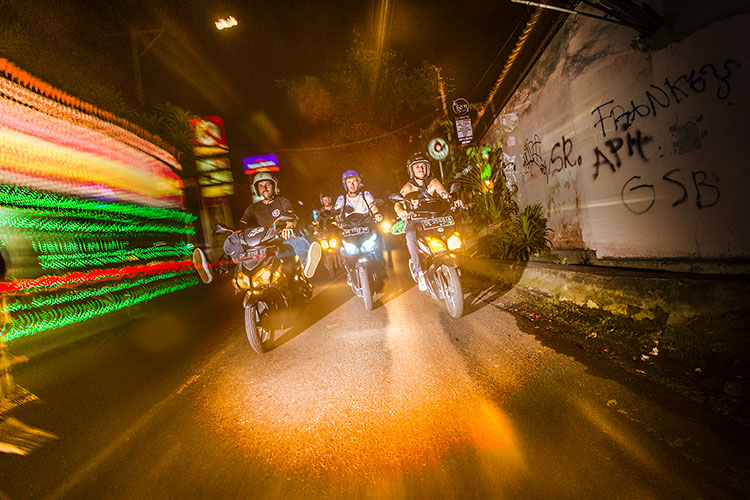 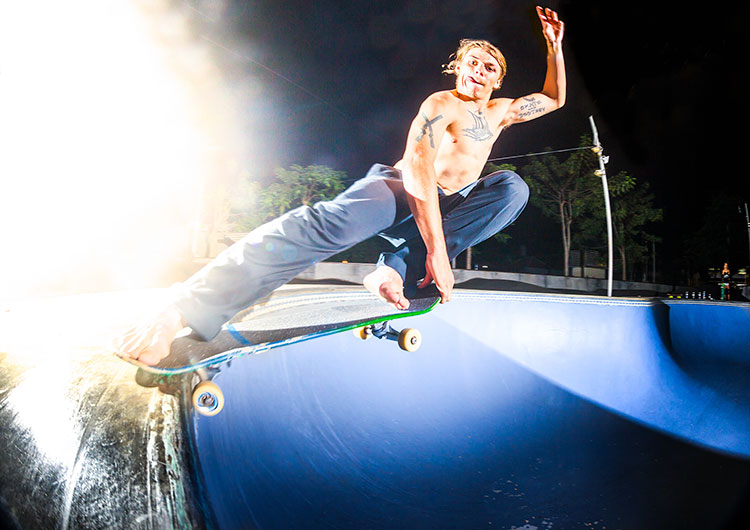 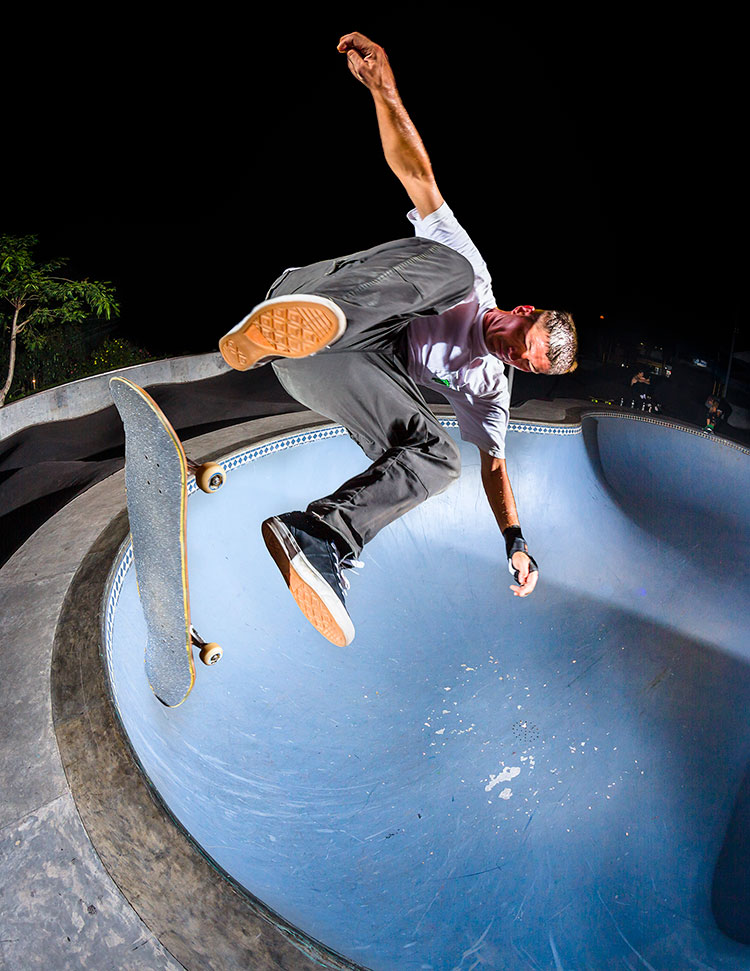 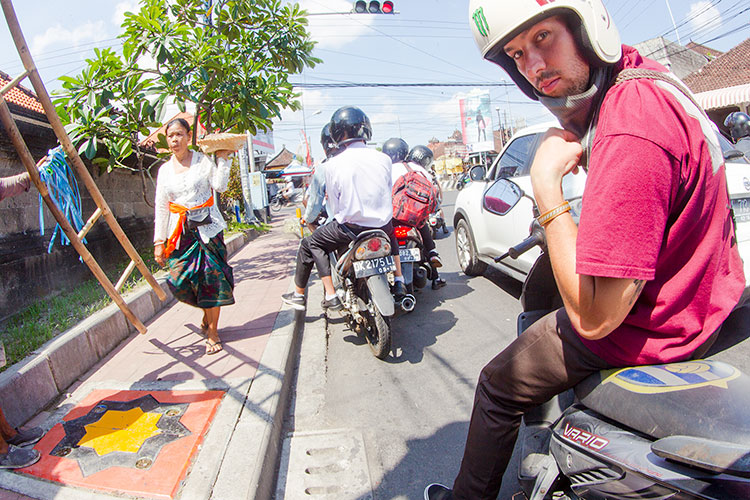 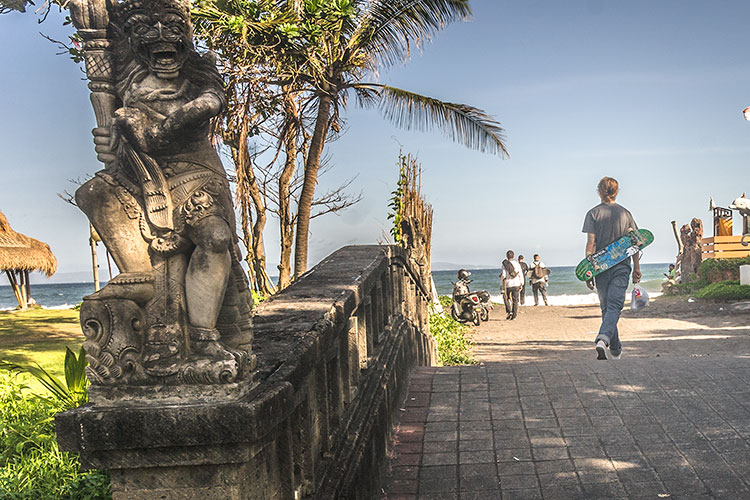 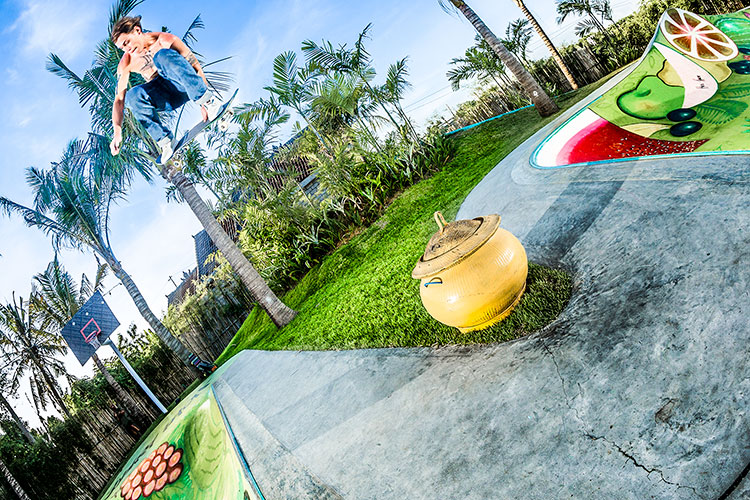 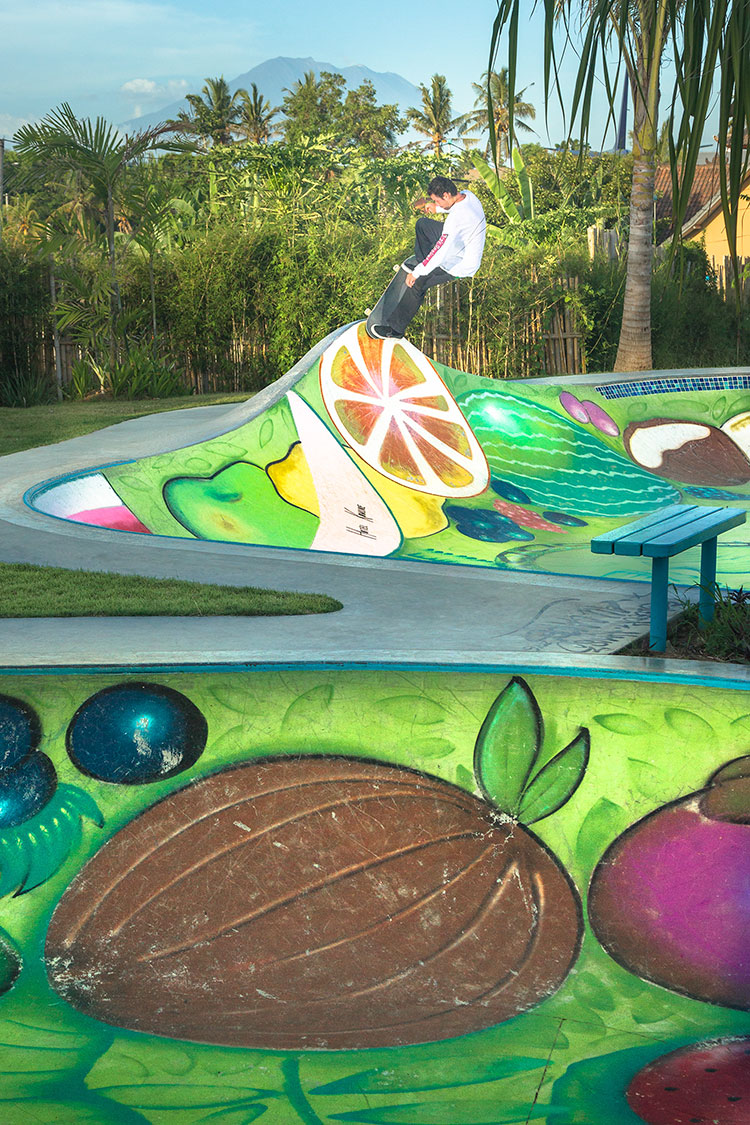 Sam slices into a frontside pivot to fakie with a smoking volcano in the background. The skate gods were pleased with the offering
© 1981–2022 High Speed Productions, Inc.