A local shop celebrating over a decade of service to the skate community is as good a reason as any to get the locals togther for a premiere and ramp jam. This Texas gem has been selling boards to kids at House Park and beyond since before the first iteration of Roger. Let these photos of skaters having an awesome time serve as a reminder of their radness and reason to stop by the shop if you're ever in Austin. Here's to an epic 14th year! —Ted Schmitz 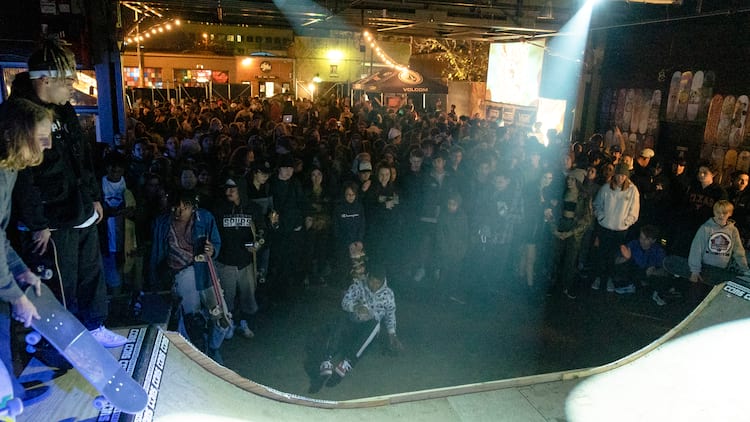 Ready for the night's action, the crowd gathers to take in the offerings from the ramp, projector and stage 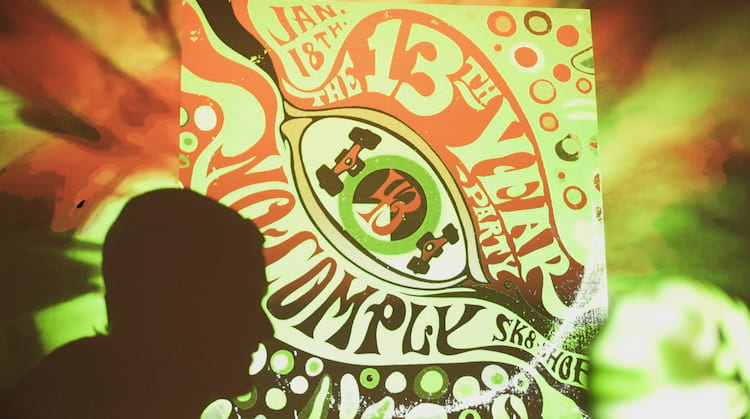 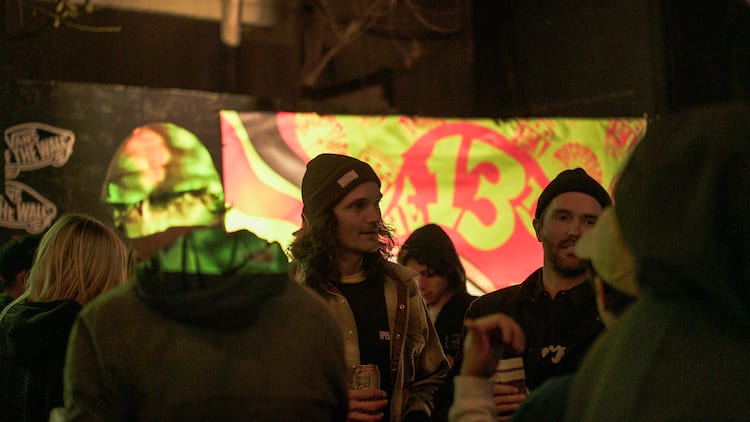 The No Comply Brothers, Simon and Elias Bingham, talking 13 years of shop 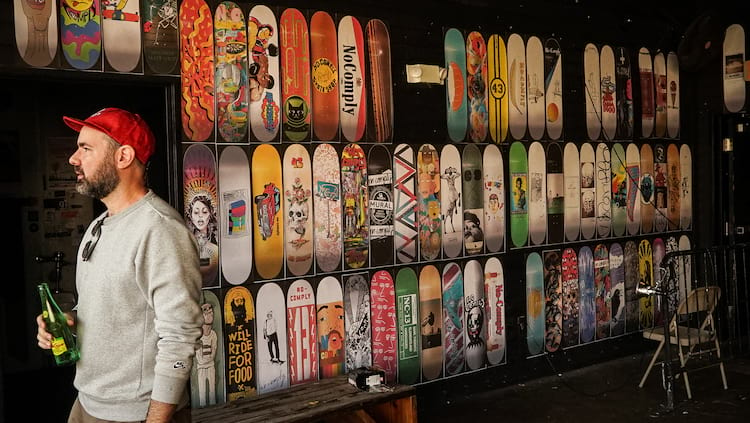 Josh Row, co-owner and artist, critiques the nearly 100 enteries the shop received for its Design a Board contest. What's your pick? 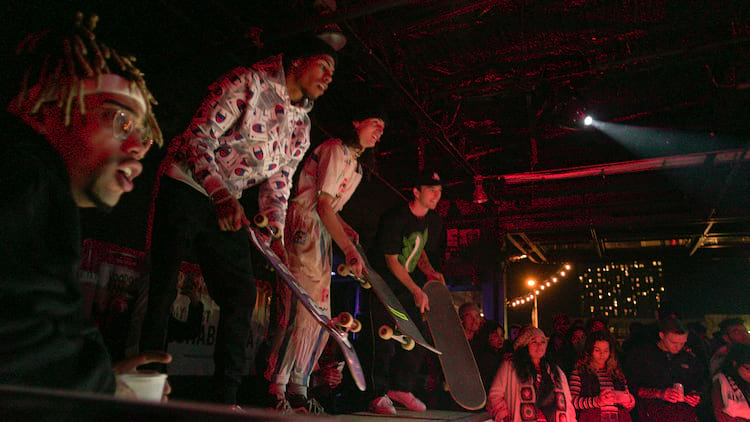 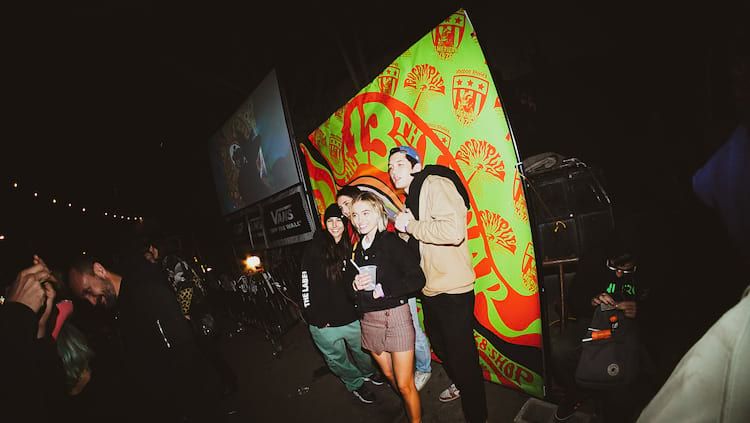 The kid's are all alright. However, the jury's still out on employee Max Jang 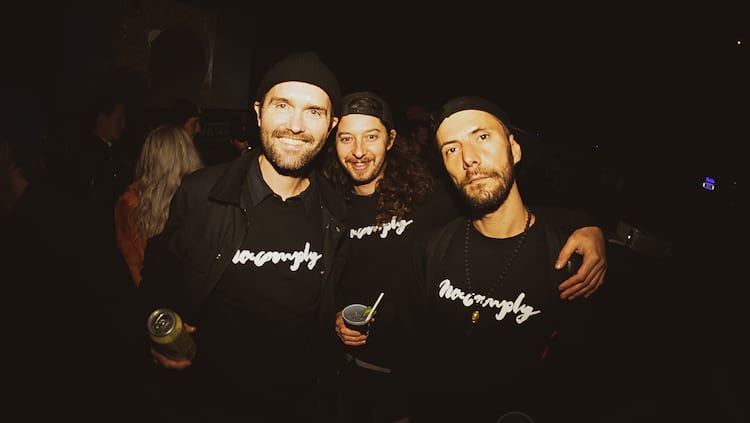 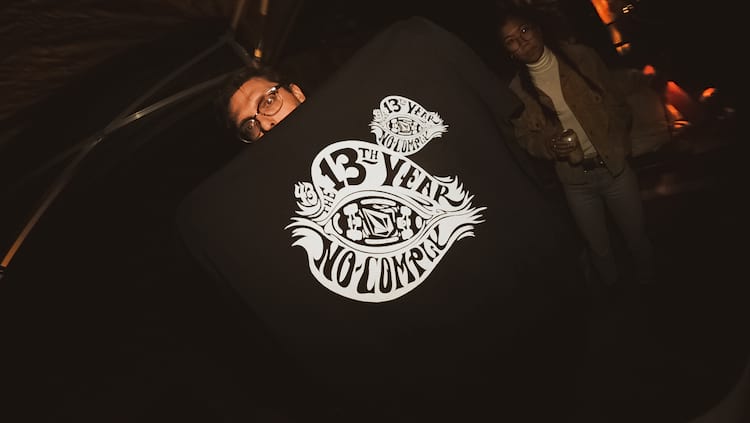 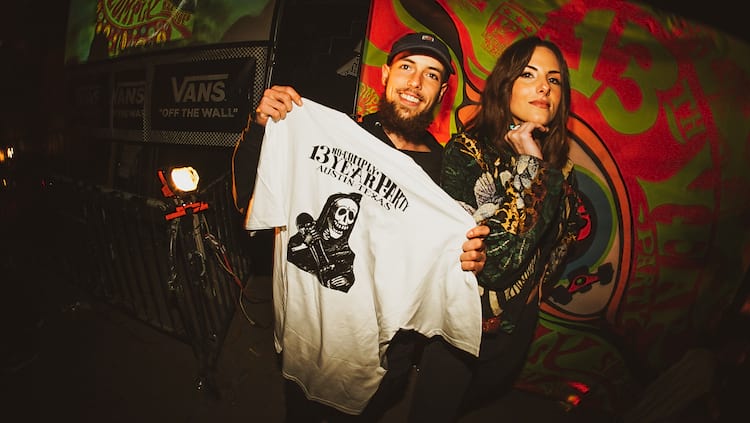 Free tees for everyone (at participating 13-year celebration parties while supplies last)! Thanks, Volcom 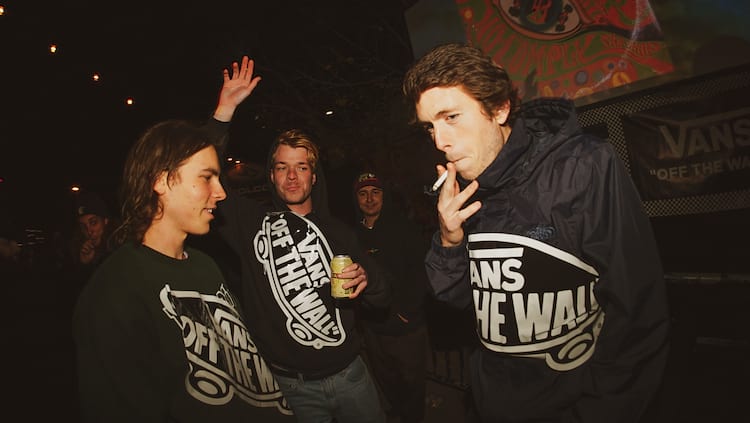 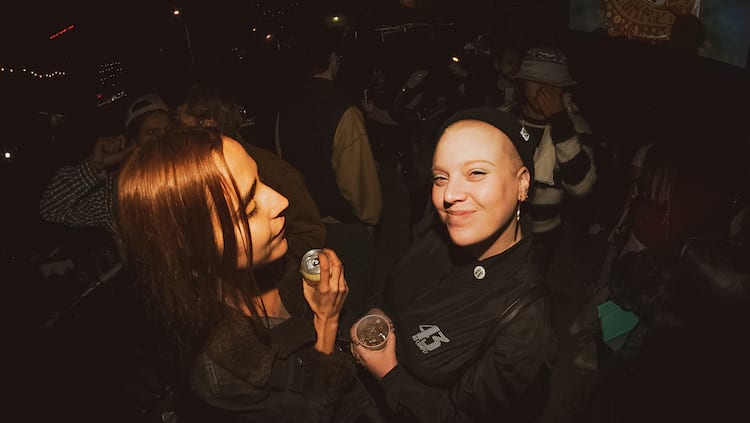 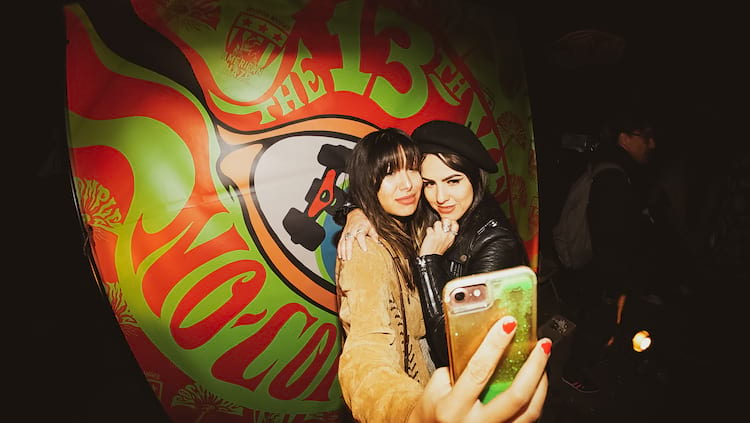 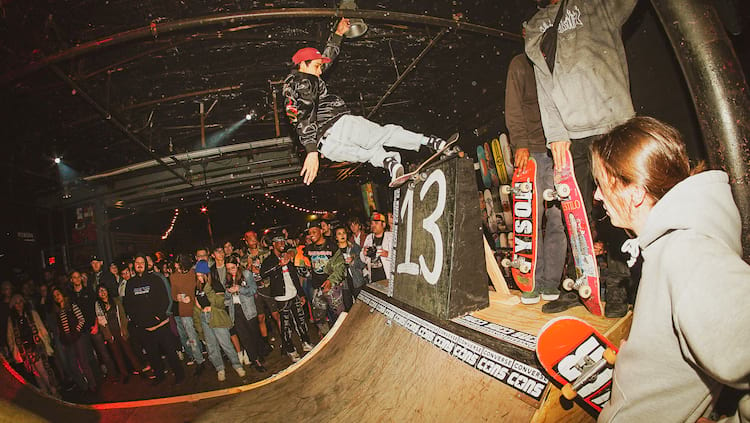 Front rock the high extension on, what some locals were calling, the 69-Foot Ramp 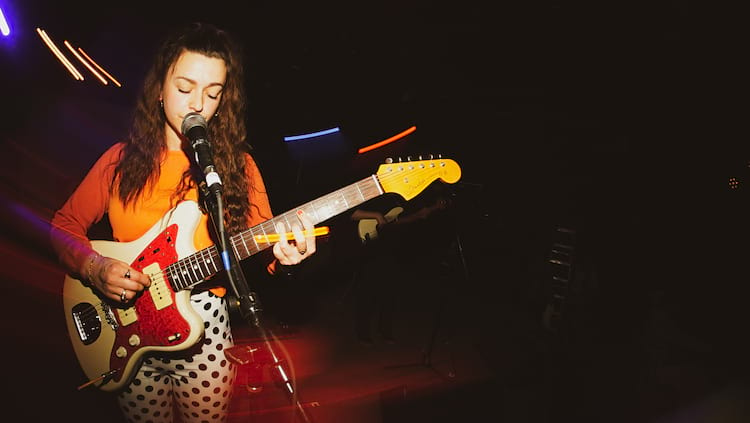 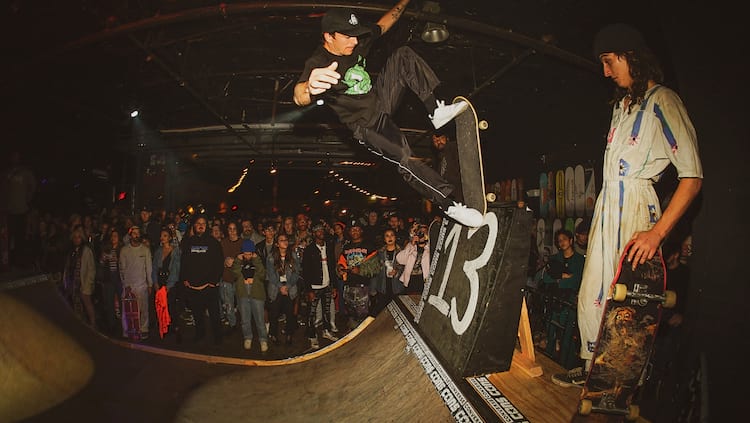 Security pro Tanner Quigg putting on a demo. Wait 'til you see his Scene Attack clips 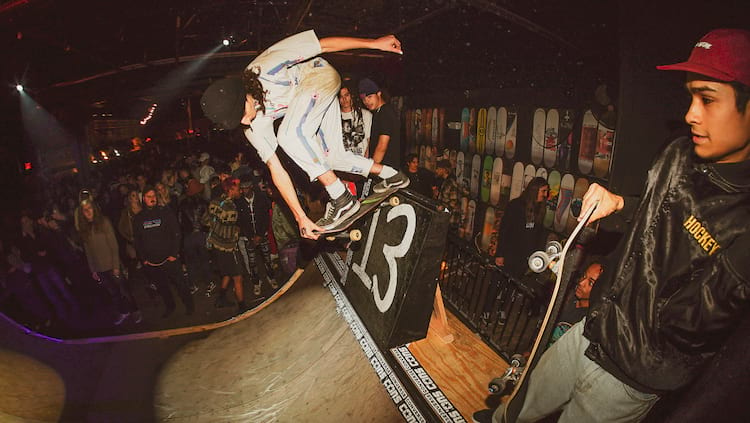 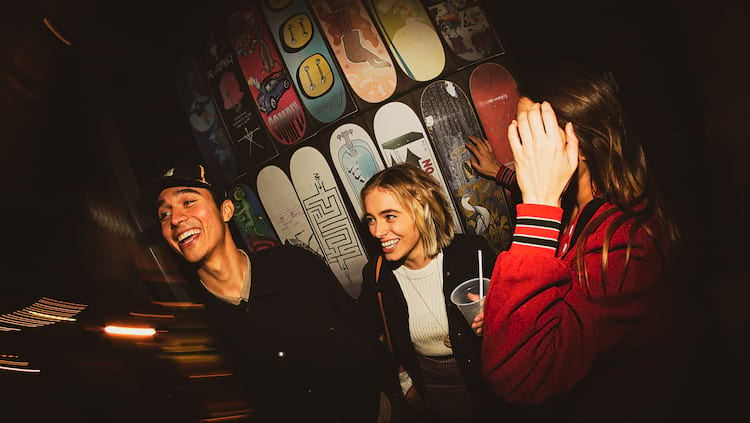 Sage co-creator, shop employee and certified Yaris owner Daniel is a jack of all trades 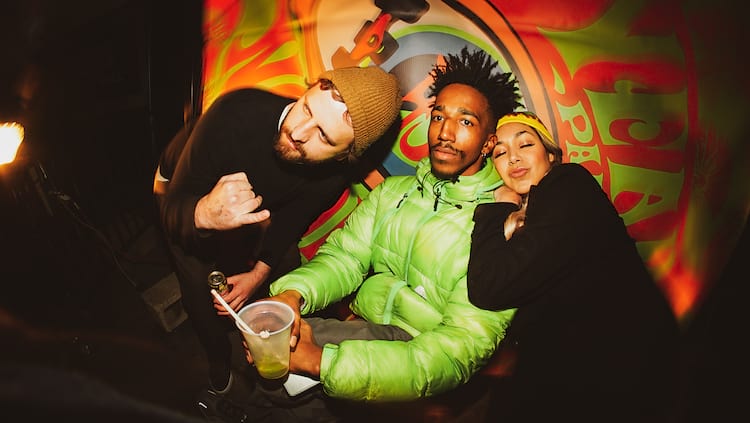 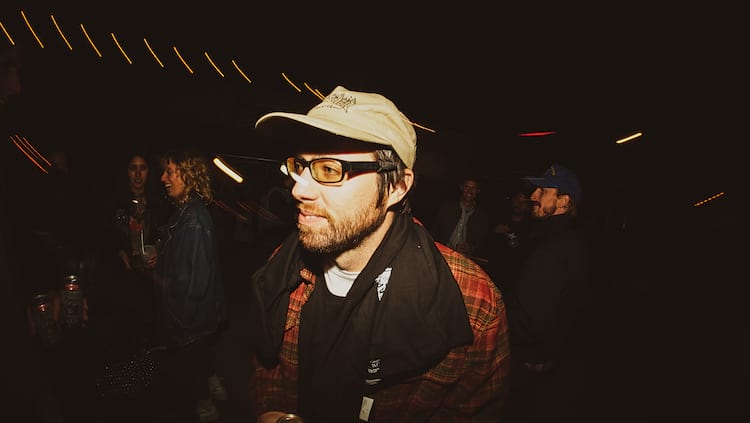 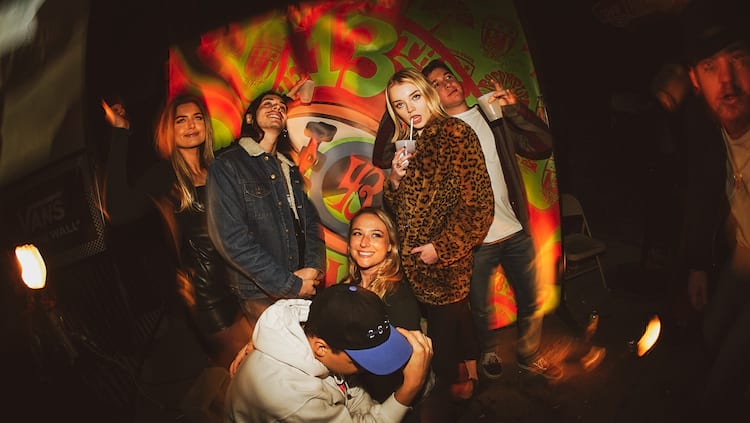 Not sure if this a band or not, but I guess we'll find out at the next SXSW 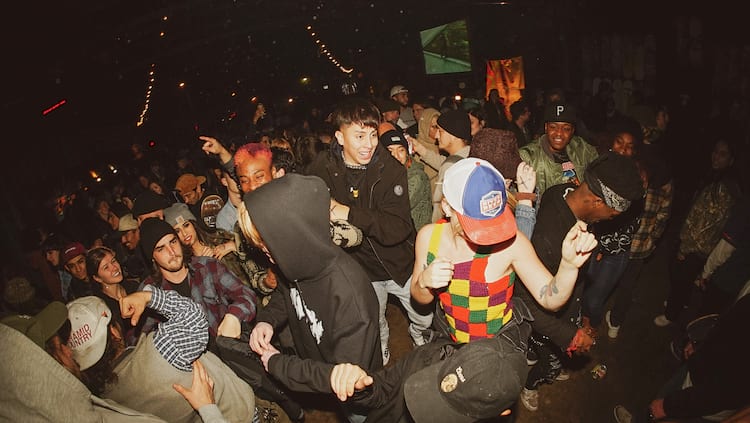 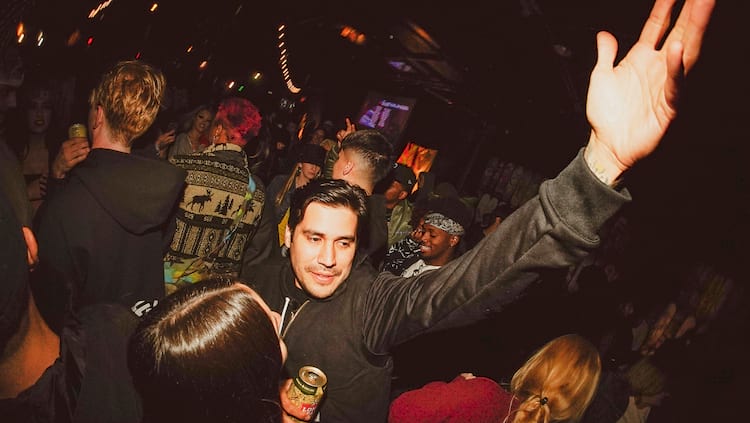 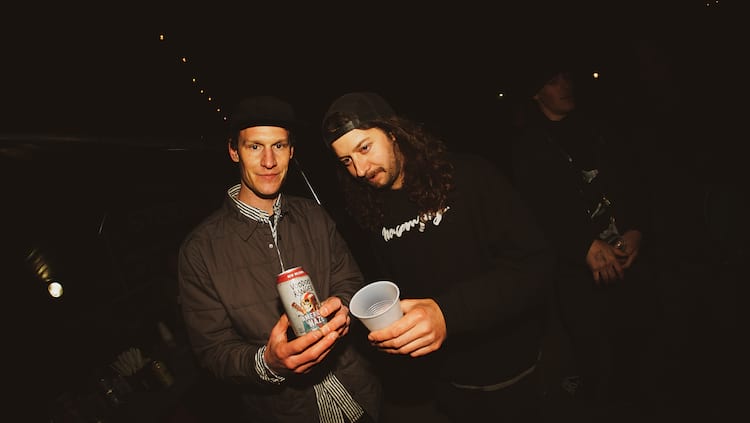 Munson flew all the way from NYC to share a tall can of Voodoo with Mr. Ruzbasan 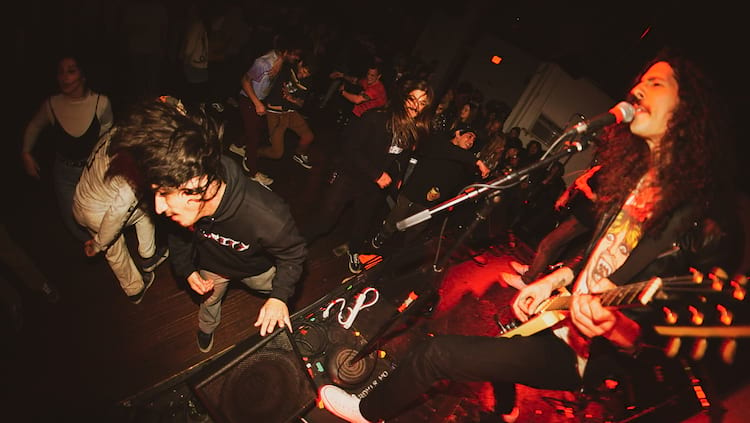 Meanwhile, The Nukes melting minds on the indoor stage 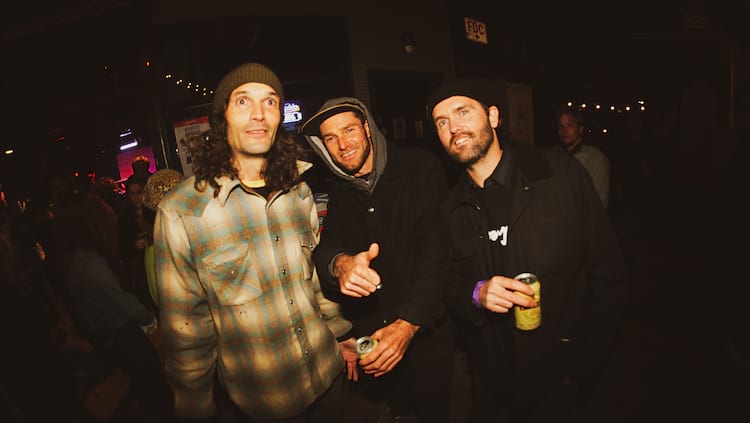 Thank you again, Vans and Volcom, for helping put on such an exciting event. See y'all next year!