After the City of Melbourne rendered the famous Lincoln Plaza un-skateable, Callum Paul and friends needed to find a new home. Edinsburgh Gardens Football Field North Fitzroy was far from perfect—low, rough curbs with black-tar ground and not much else to skate. However, the heritage-like building at the footy field had "Guy Stokes" history to it, as well as being on the right side of the river for Callum. The boys took to the curbs with a rubbing and some Kiwi Wax and Fitzy Plaza was born. To launch the release of the Vans x Pass~Port Sid shoe and bomber jacket—which took its inspiration from the brickwork of Fitzy Plaza—Trent, Callum, Jack and friends got together for a gathering of sorts which turned into a heck of a day. Wish you were there… —Andrew Mapstone 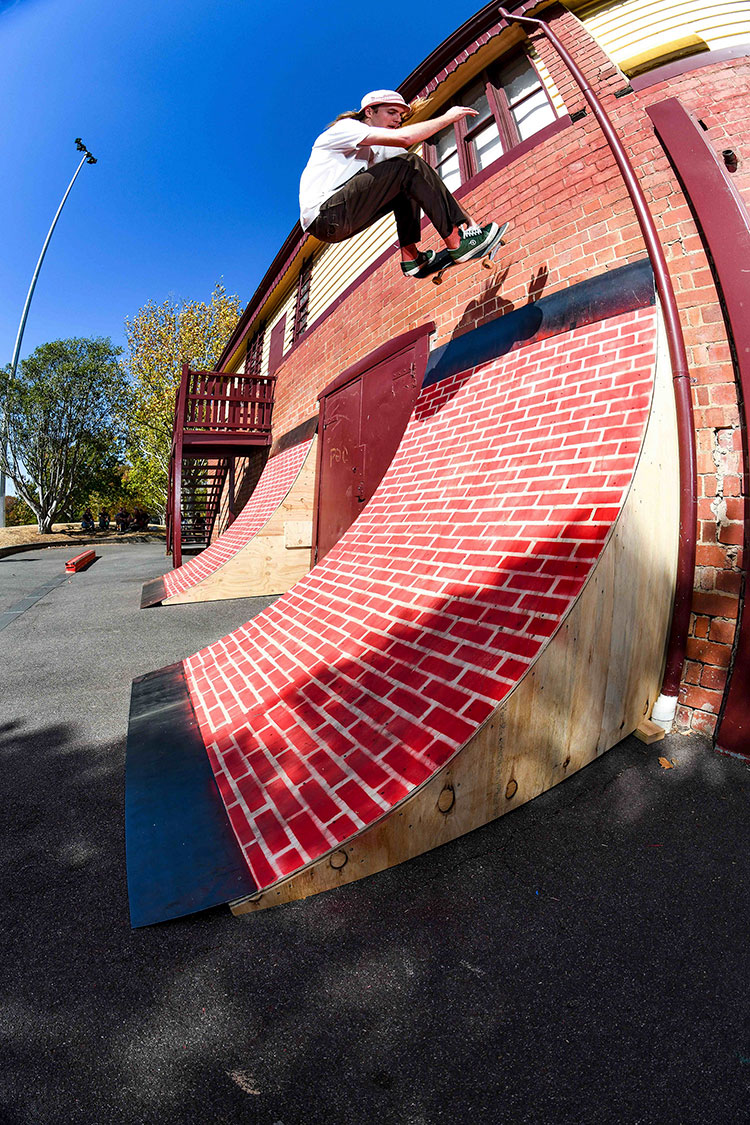 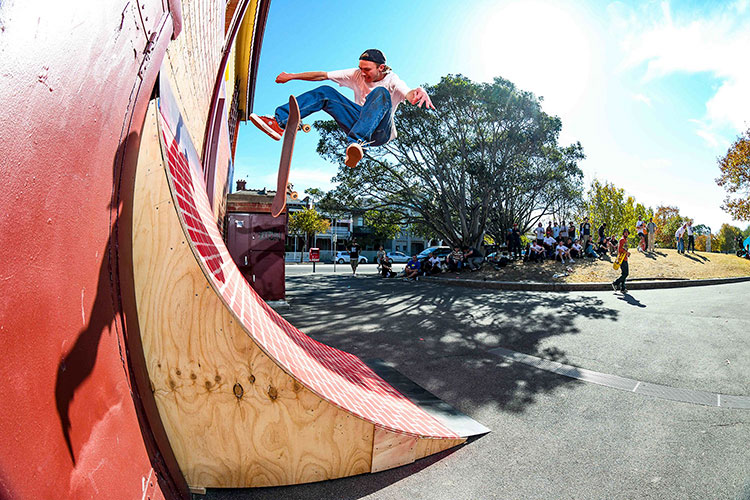 As the crowd began to build, so did the hype—Digby Luxton, tré flip to fakie on the bricks 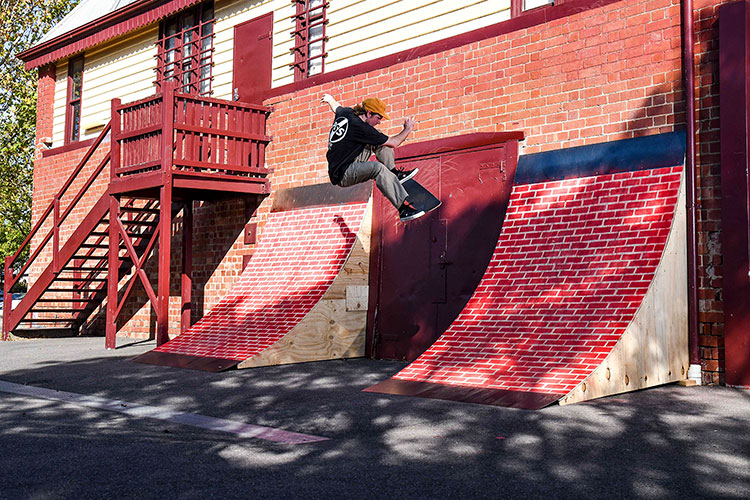 In the hunt for another MVP, Bryce Golder was flying and flipping all over the place. Ramp-to-ramp frontside flip 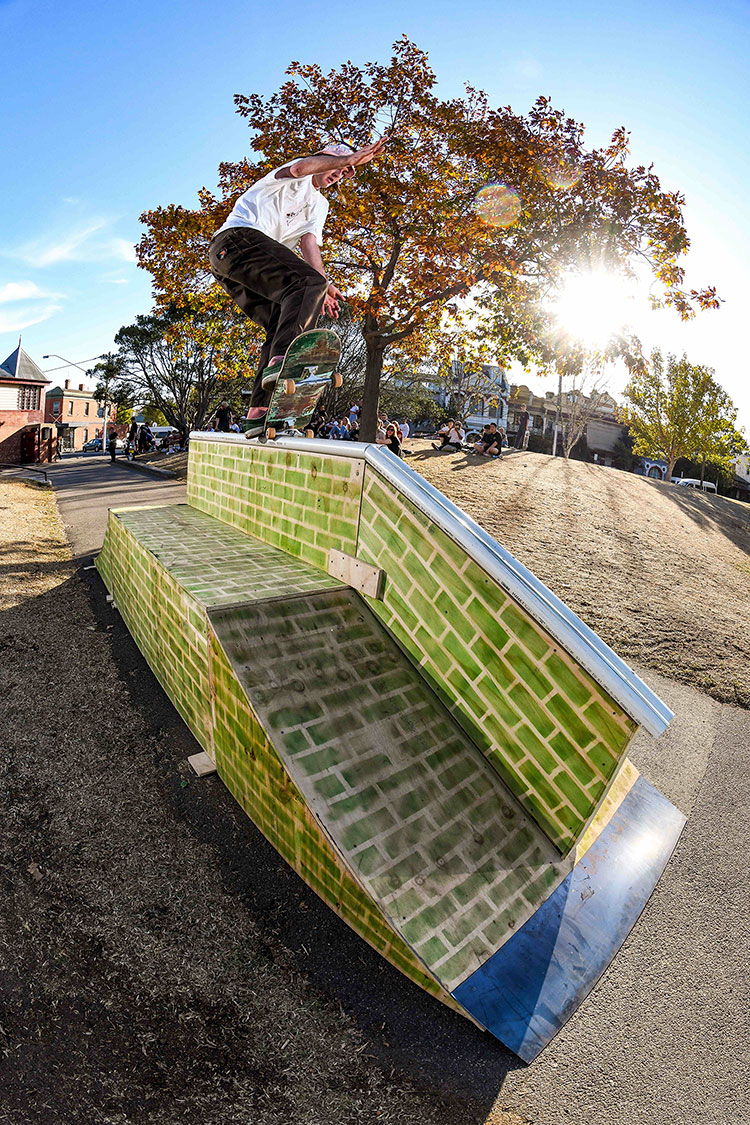 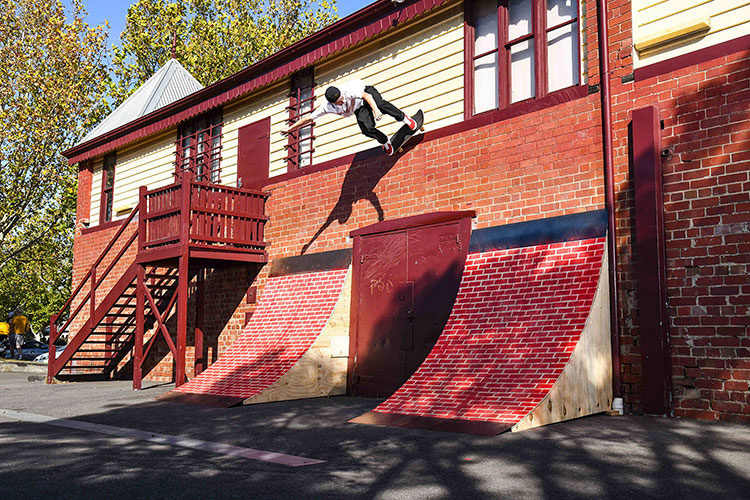 Jack O’Grady came out of nowhere to be the first to wallride the ramp-to-ramp gap. A few more rolls later and he was grinding the top rope 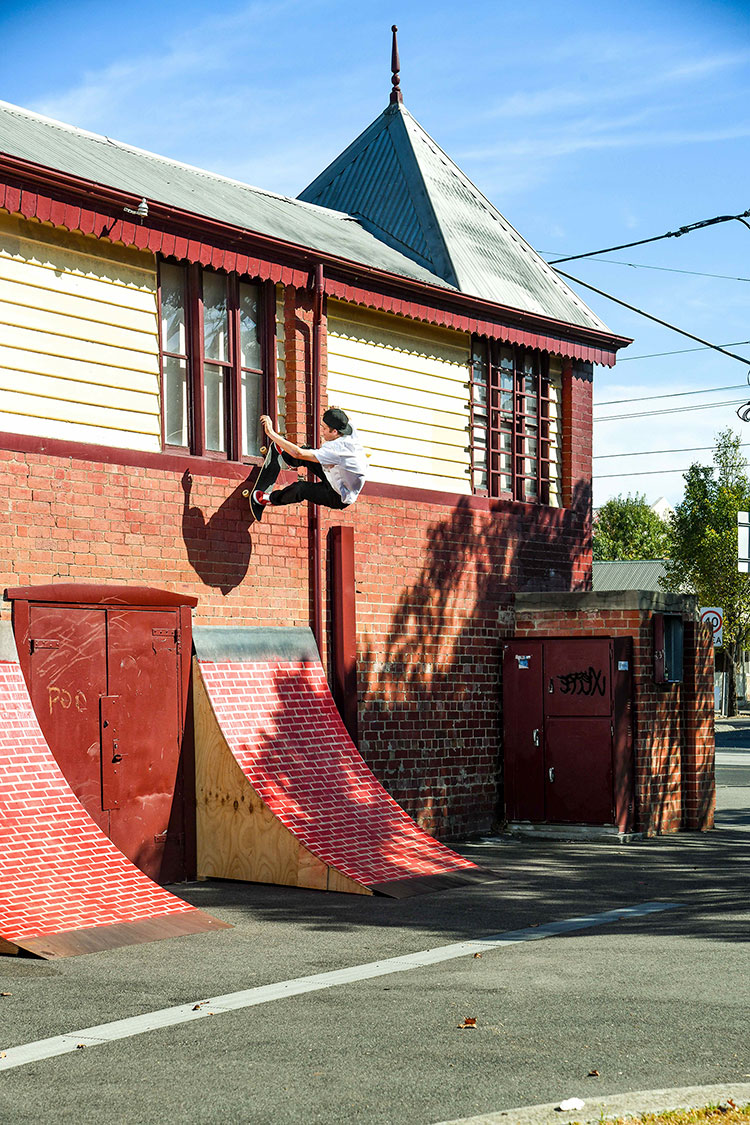 Once he did it backside we knew the Aussie SOTY would grind it frontside, too 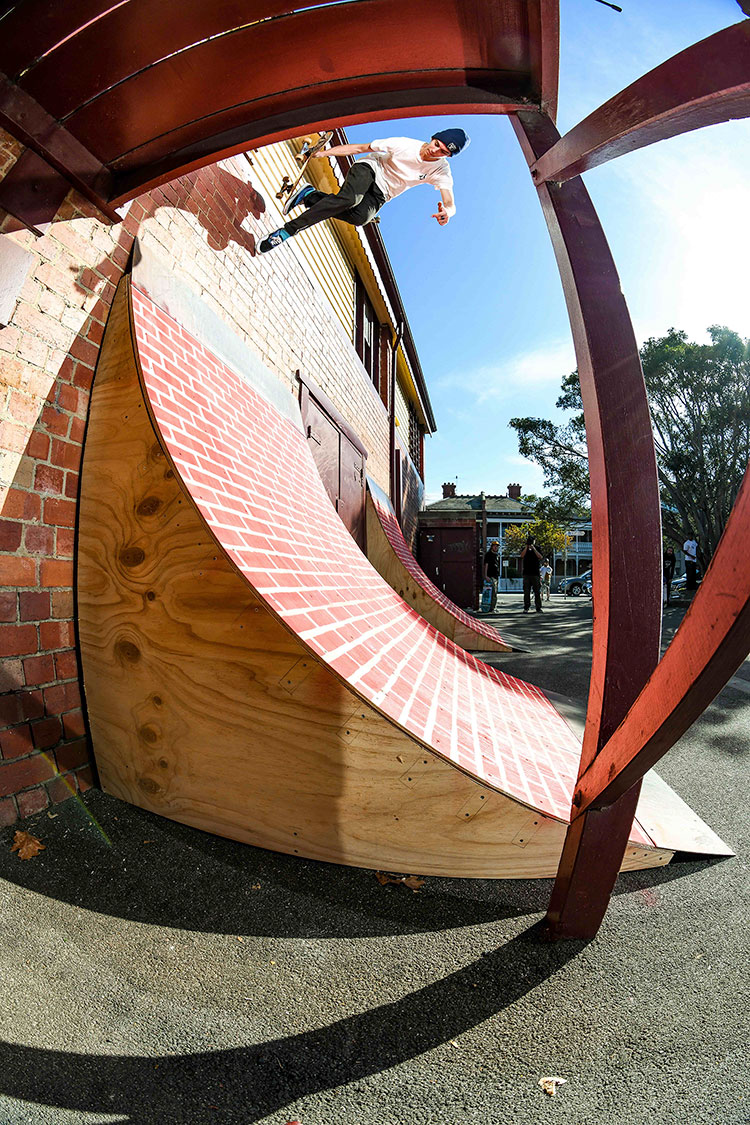 Jay Runciman drove eight-and-a-half hours to Melbourne and was lucky to make it after car troubles. It didn’t take him long to impress the local lads—backside boneless on the real bricks 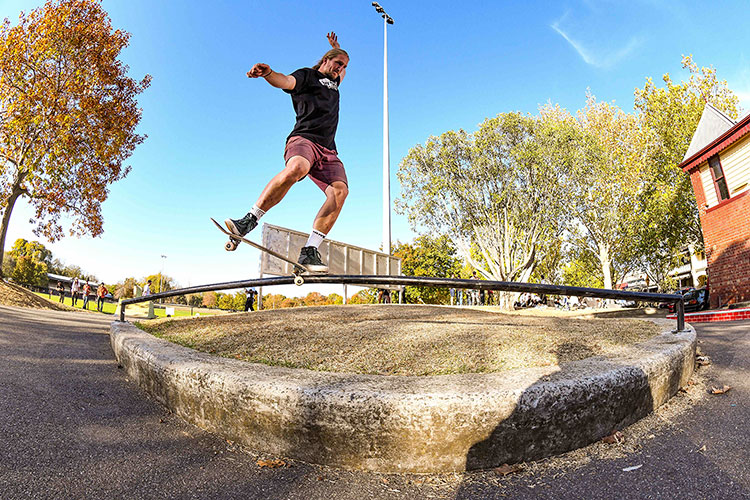 No rainbows at Fitzy Plaza this day, just rainbow rails. Ricky Glaser’s nosegrind could be mistaken for a crooks, but it’s not 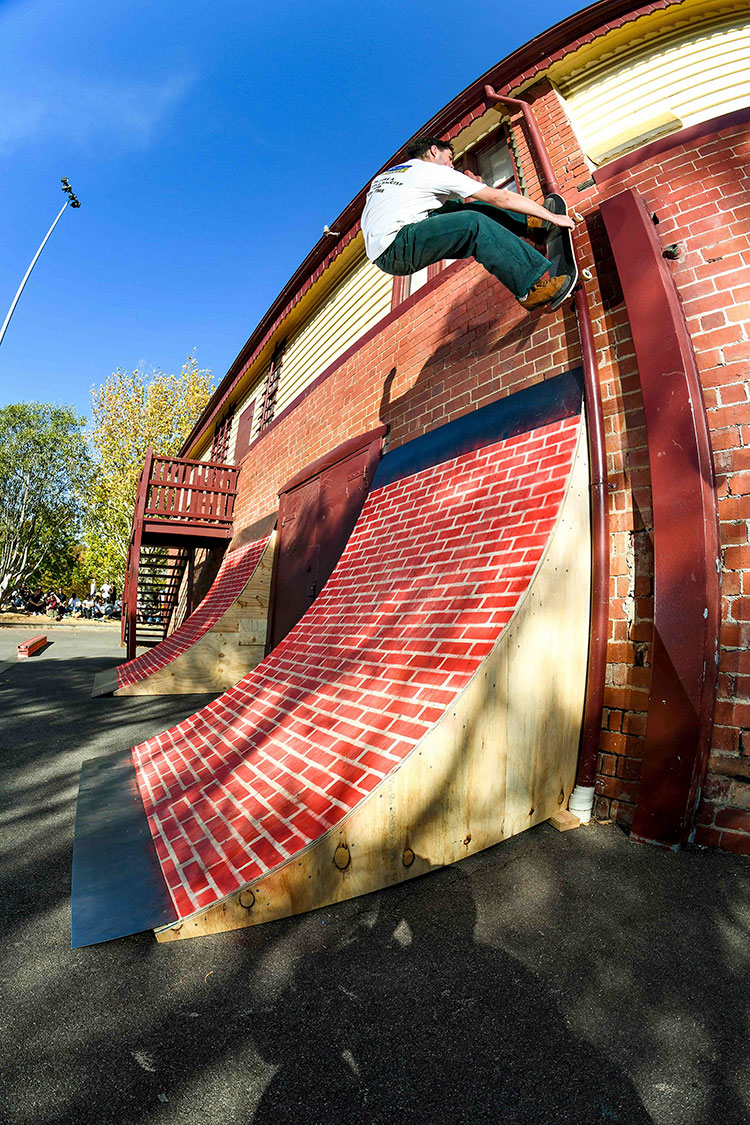 I was gutted I missed Dean Johnston grinding the gutter—so gutted I made him grind the guttering again. Thanks, Dean 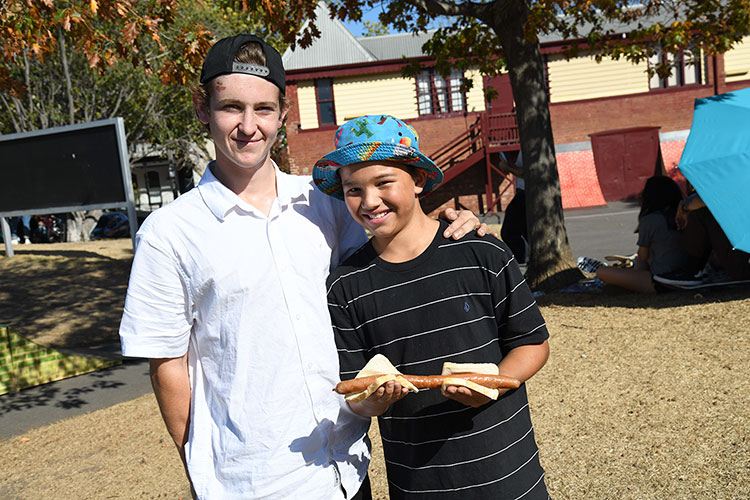 The only Snag (Kirksy) to be found was the snags in bread, not on the board. Jack (O’Grady, not Kirk) and Maxwell, big enough for two 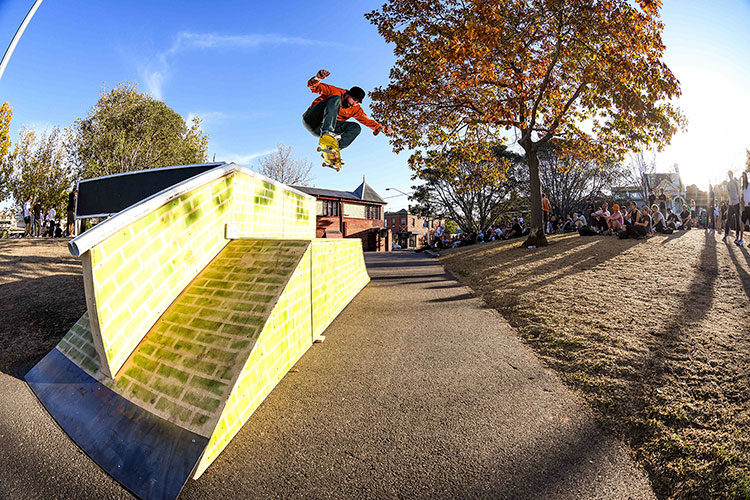 A dreamy wallie on a dreamy Melbourne day by the Pass~Port boss man himself, Trent Evans 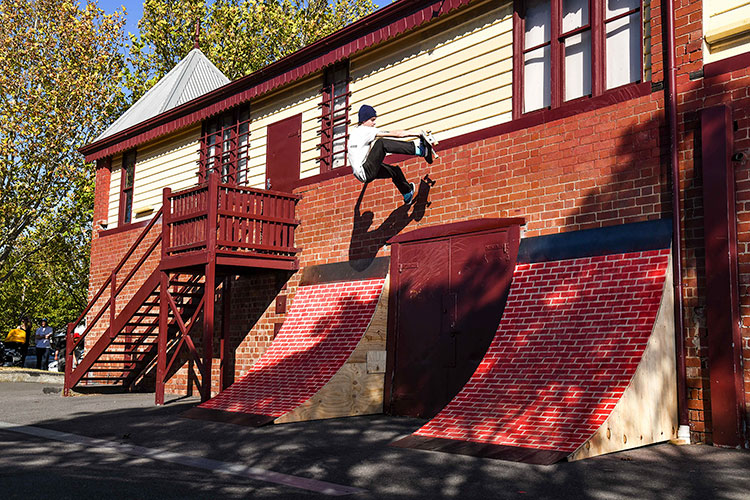 The move of the day, in my eyes, was Jay Runciman’s ramp-to-ramp, fastplant. WTF? 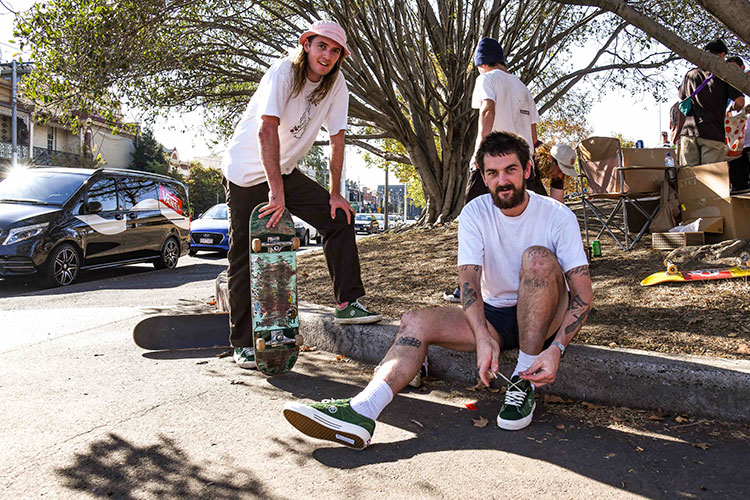 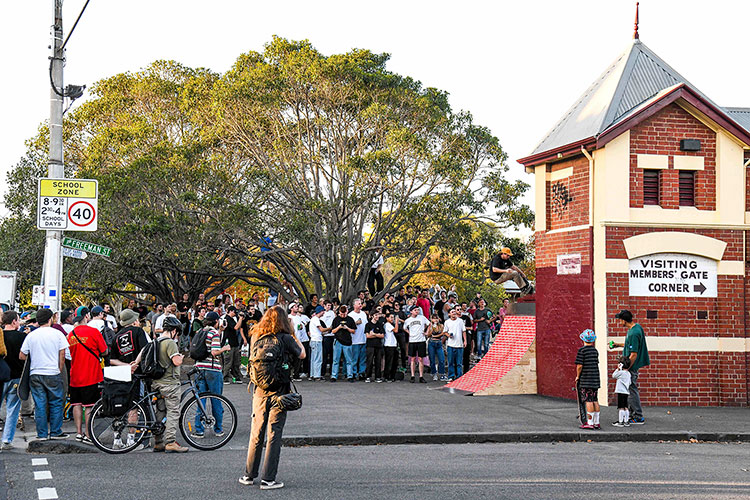 As the sun began to go down, the party moved to the street and Bryce Golder picked his nose for the crowd 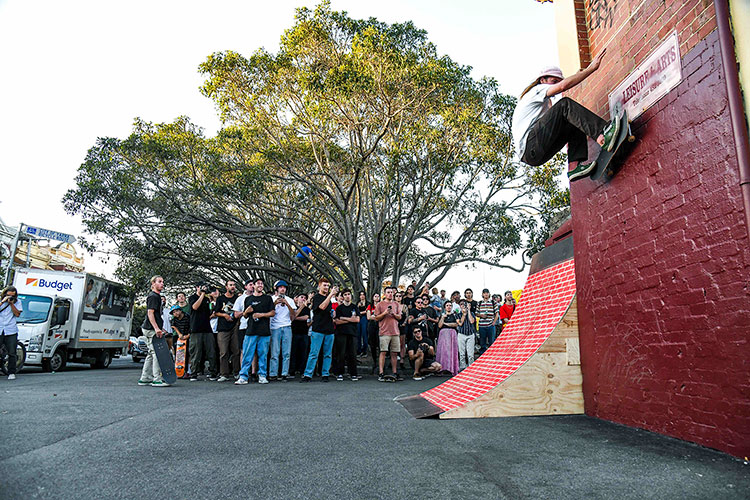 Callum Paul spends so much time on walls you could confuse him with your friendly neighborhood Spiderman. But he’s extra friendly 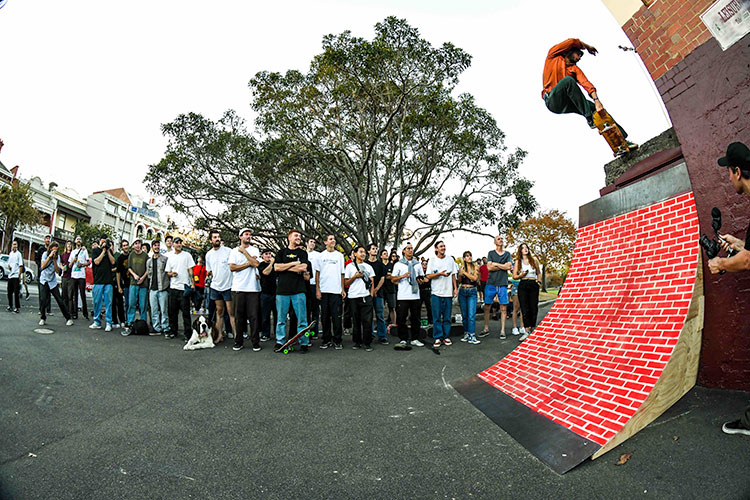 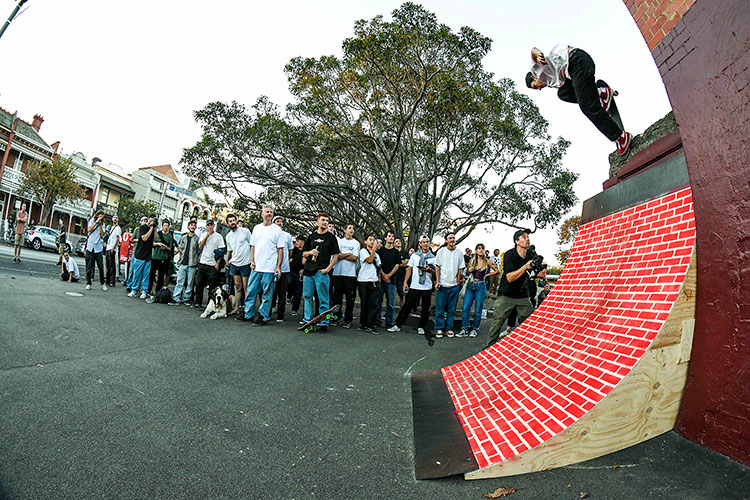