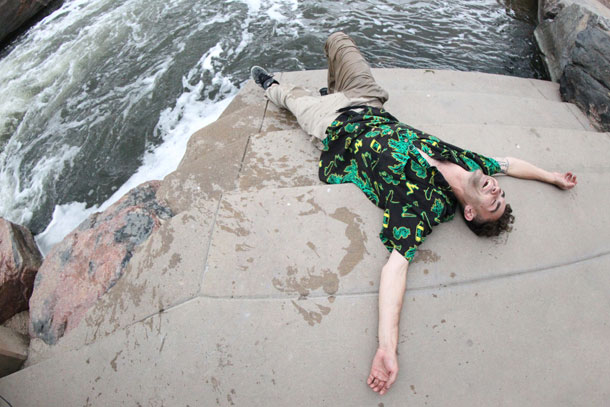 Catch up with Sinner in this interview from our July issue with extra photos and get ready for his Theatrix part. Interview by Michael Burnett


How’d you get your nickname?
I actually got it from Erik Ellington. I think it was around 2006 when I started skating with the Supra and Baker dudes. At the time, I talked lots of shit around people, you know. I was young; I think I was eighteen, actually. But I would just rant and rave and talk shit on all the wack people. I called them sinners, “Oh, he’s a sinner! He’s sinful!” Then eventually Erik was like, “Yo, you’re the sinner!” At first I was super insecure about it like, “Fuck, am I a sinner?” But I wound up just embracing it. I knew he was just pretty much being sarcastic, breaking my balls. Now I embrace it. I love it.

What’s the worst sin you ever committed?
I went to jail on the Baker tour back in the day for a DUI. That was probably pretty high  up there. 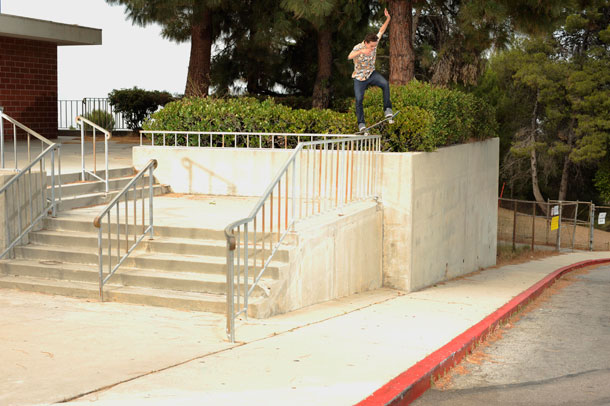 You got a DUI in the tour van, right?
Yeah, I got the van impounded. We were in the parking lot. Antwuan was blacked out. I had a few drinks. It was a week before I turned 21 and Antwuan was trying to drive to the gas station to get more beer and cigarettes. I was in the driver’s seat just jamming out to music and he came up like, “Get the fuck out of the seat. I’m about to take this shit to the gas station.” I was looking out for him so I was like, “Yo, I’ll fuckin’ drive.” He ended up getting in an argument with the gas-station clerk and she called the cops. Anyways, long story short we’re pulling out of the gas station and then the cops pull in and we’re like, “Oh shit, cops! Roll out!” So I rolled out and they pulled me over instantly. I made the mistake of telling them I’d had a few drinks. I still wasn’t 21, so it’s, like, zero tolerance. They impounded the van. I think they took Antwuan to the drunk tank and then I got booked in the county jail for the weekend. So that sucked and I feel like that fucked up my whole thing of ever getting on Baker. Andrew and Jim weren’t having that. That was like the nail in the coffin, if you will. 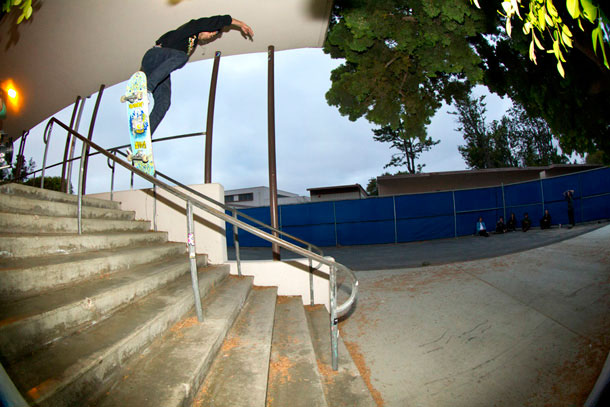 So fast forward a little bit. What’s it like running your own company?
It’s a lot of work, man, to be honest. We don’t really have that many employees. Fuckin’, we don’t have any employees, actually. It’s hard to juggle business and skating, figuring out the graphics, making sure the guys have their boards. I don’t know, I just beast through it and hope for the best.

Was there a rude awakening where you thought, “Yeah! We’re gonna have a company!” and then it was like, “Shit, I’ve got to run this company?”
Yeah, for sure but at the same time I’ve been dreaming of doing this forever. As a skater you have so much down time. There would be times where I’d be sitting at Trapasso’s house just getting anxiety and I didn’t know what to do with myself. So I’d think like, “I wish I had something going on the side, like a job pretty much.” Like, I’ve had jobs before, but I mean, like, something you can put your heart and soul into and actually grow with and be proud of the outcome. I’ll have days where I’ll be like, “Fuck this!” and want to stop but then I’ll be like, “Seriously, what would I be doing if I wasn’t busy doing this shit?” It’s better to be busy, pretty much, than not busy. 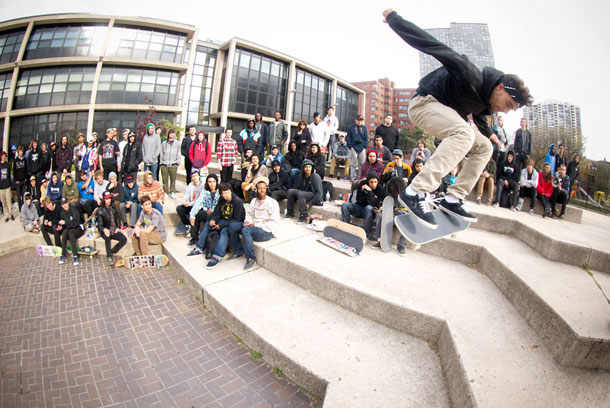 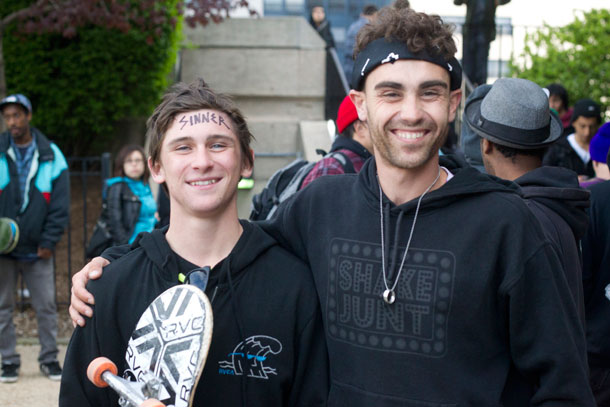 What would you say would be the motto for LE? What’s the LE outlook on life?
Well, we’re always saying, “Extend it, B.” I guess, like, keep it going. Keep going hard and I think that’s it. Extending. Pretty much what it means is that you go more, go longer. People who just don’t want to stop raging will say extend it.

Who’s got the worst push in pro skateboarding?
Man, I don’t want to get into that shit, dude. I mean, I’ll say it, but there’s so many. My push is jacked, too! But Leo Romero’s got a pretty hectic one. I know he was your guy’s SOTY, but especially his switch push is very hectic. I don’t know, Antwuan told me this shit back in the day, it’s like, “Dude you can take ten little pushes or three or four big, good ones.” I’m more on that side of the fence. I’d rather just take, like, three. Sorry, Leo, but to each his own, you know? I’m probably gonna get hated on for that one, but whatever. I get hated on for skating  too slow.