You can never go wrong with a trip to Barcelona. The Pizza skateboards crew decided it was time to taste a slice overseas. It was a 12-day adventure filled with long skate days, longer nights, and plenty of horribly spoken Spanish. Despite the debauchery the boys took full advantage of las calles and put in a healthy amount of sweat into filming this video. Qué Aproveche! 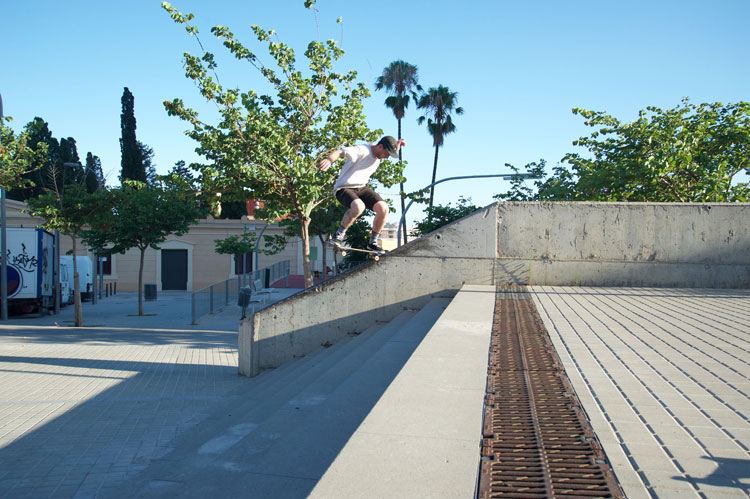 Good friend of the crew, and a ripper, Andrew Dellas flew in for part of the trip from Dublin. Needless to say the tiles up top this hubba didn’t stop him from putting a few tricks down. Backside 180 nosegrind. 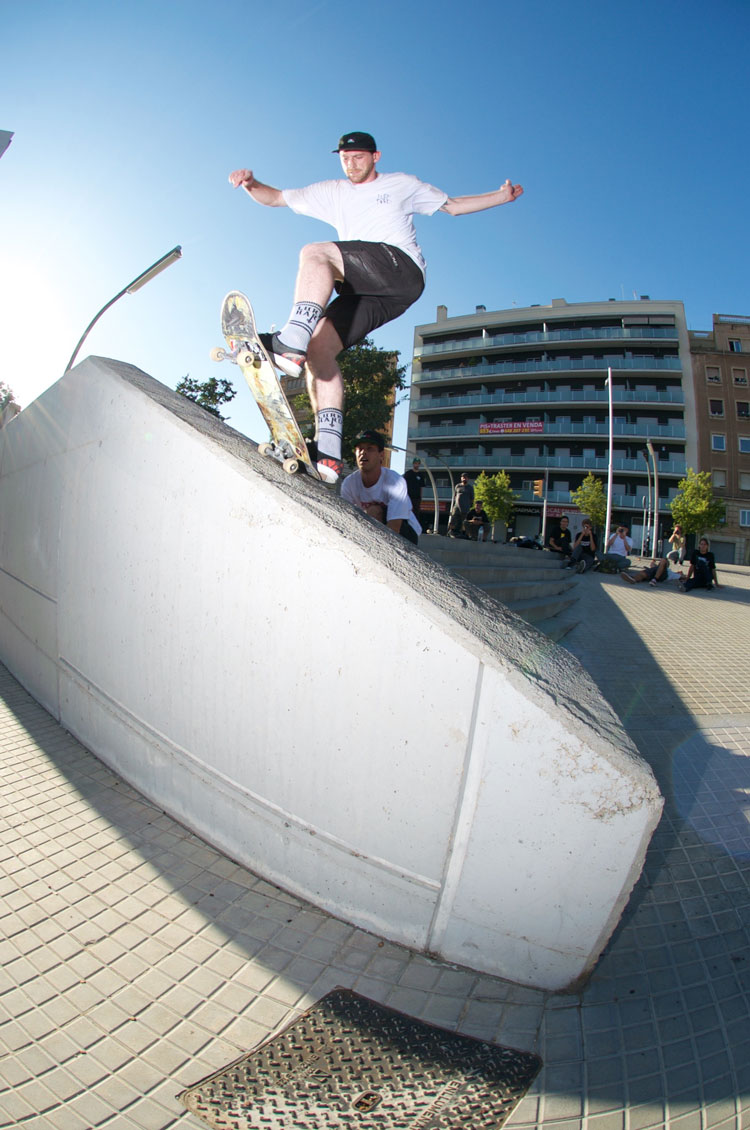 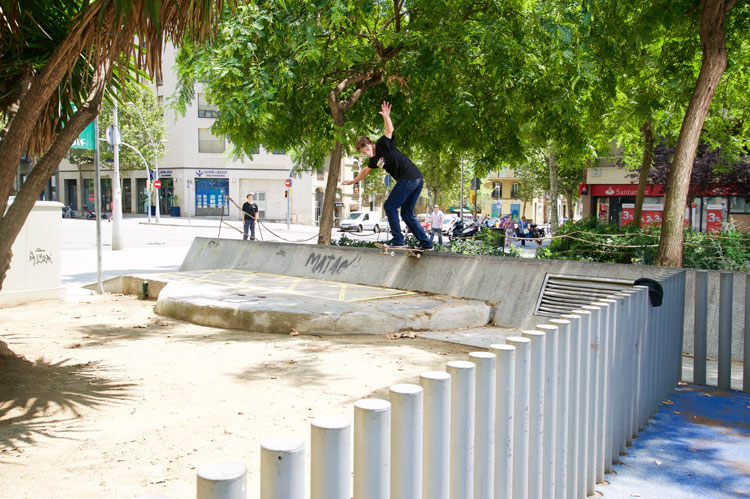 By the time Chuck Donnatin sees these photos they will be yesterday’s news. Being a crab fisherman requires him to work half the year. He puts his sea legs to work with this backside tailslide. 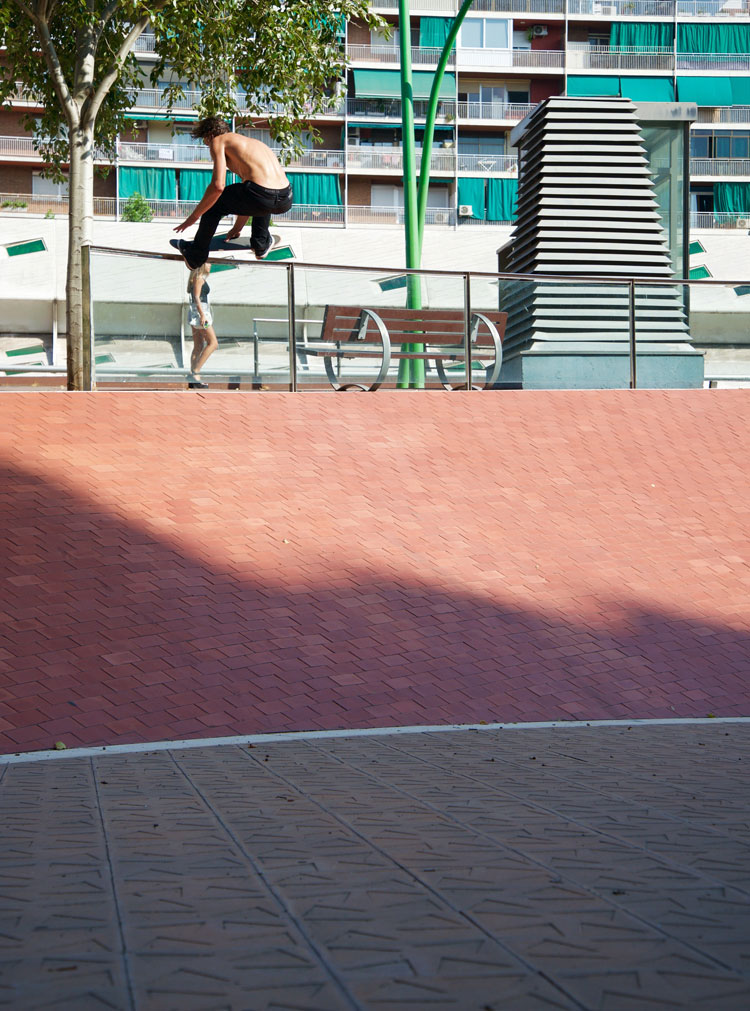 After skating the same spot a different way, Chuck D musters up this nosepick up top. 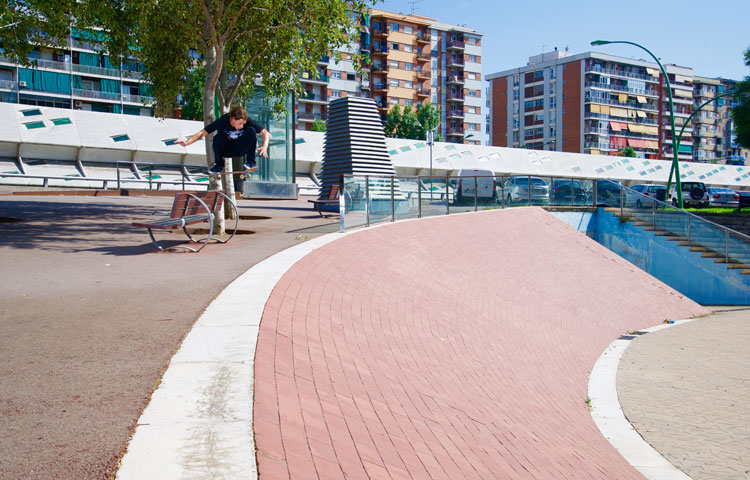 A cold brew below was all it took to get Chuck to snap this ollie up and over. 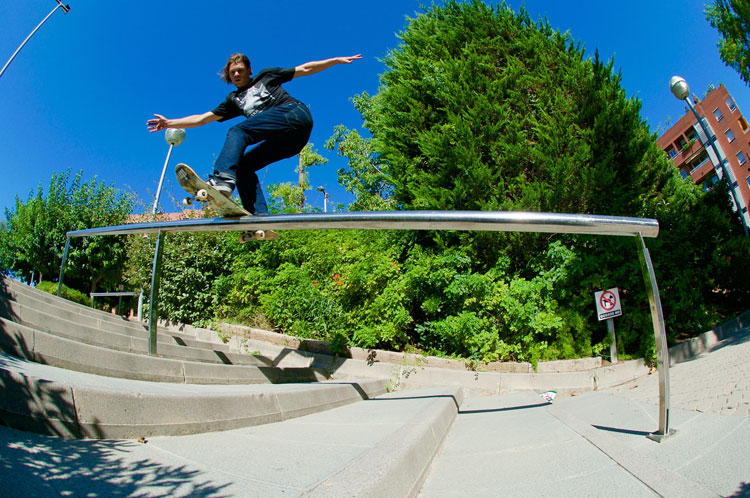 This rail was muy heavy, Chuck D stepped up to the plate and cruised the downhill runway into this lengthy front board. 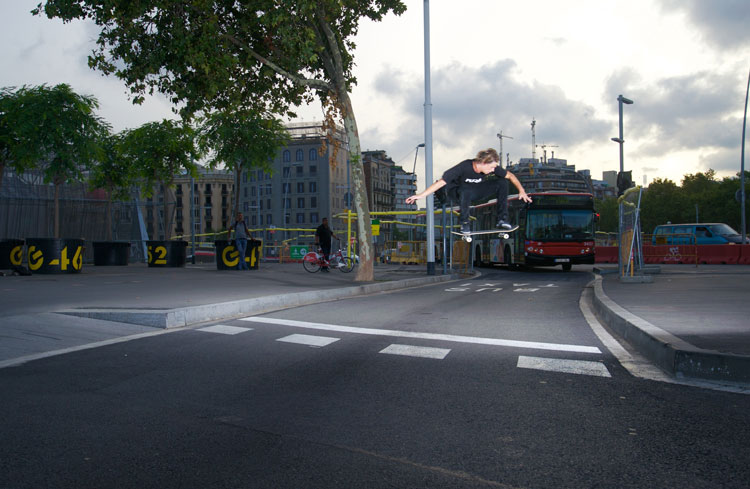 Chuck tried the ollie once and his socks blew out completely. With sweaty borrowed socks on he ollies the street gap just before the bus caught up to him. 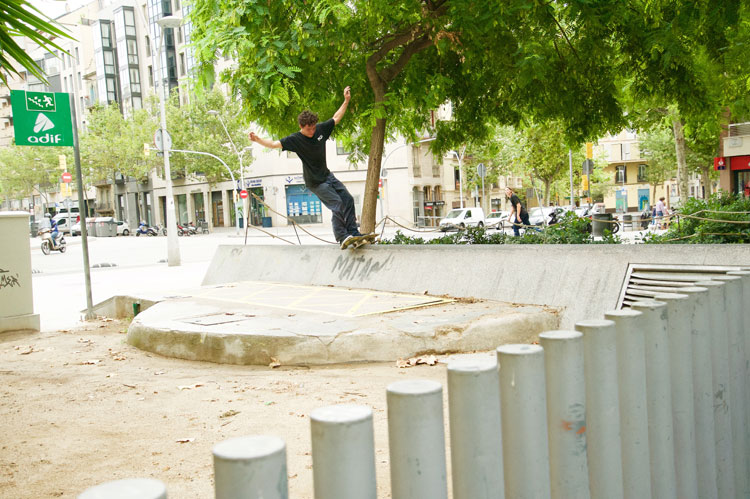 Jesse is the youngest of the crew.  After 10-12 hour skate days, he consistently put in hours skating the grate at Uni until the wee hours of the morning. Jesse Vieira, Hurricane. 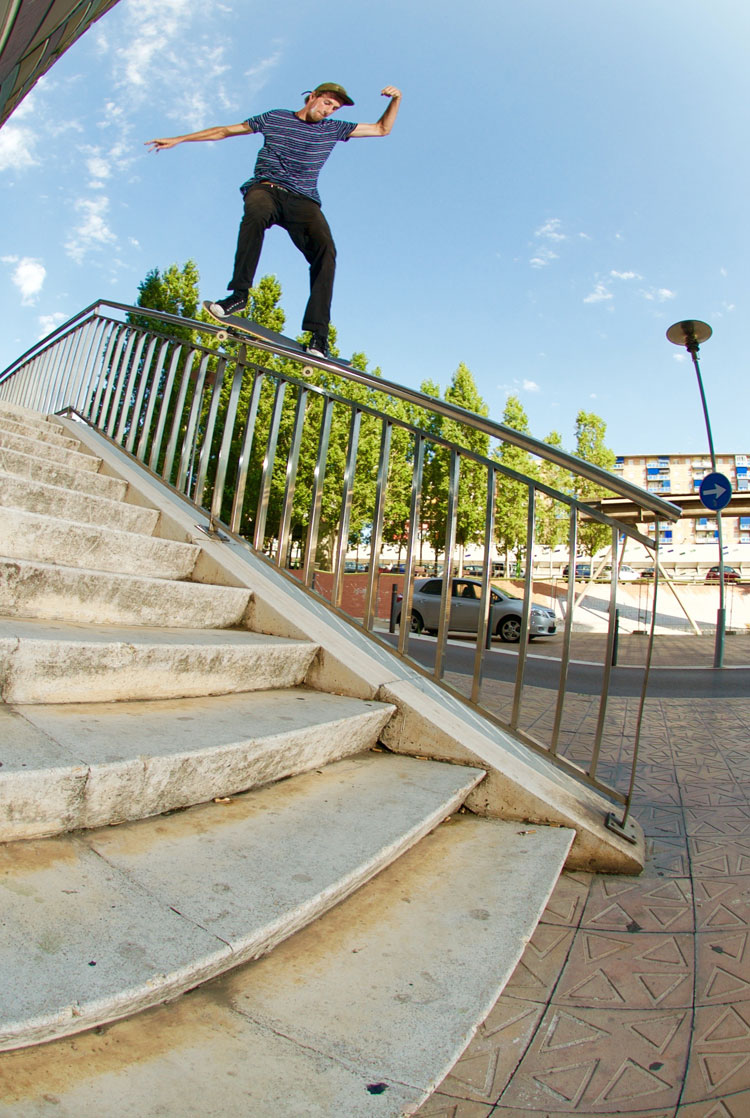 Michael Pulizzi is all around the best dude. This feeble grind capped off a line as seen in the video. 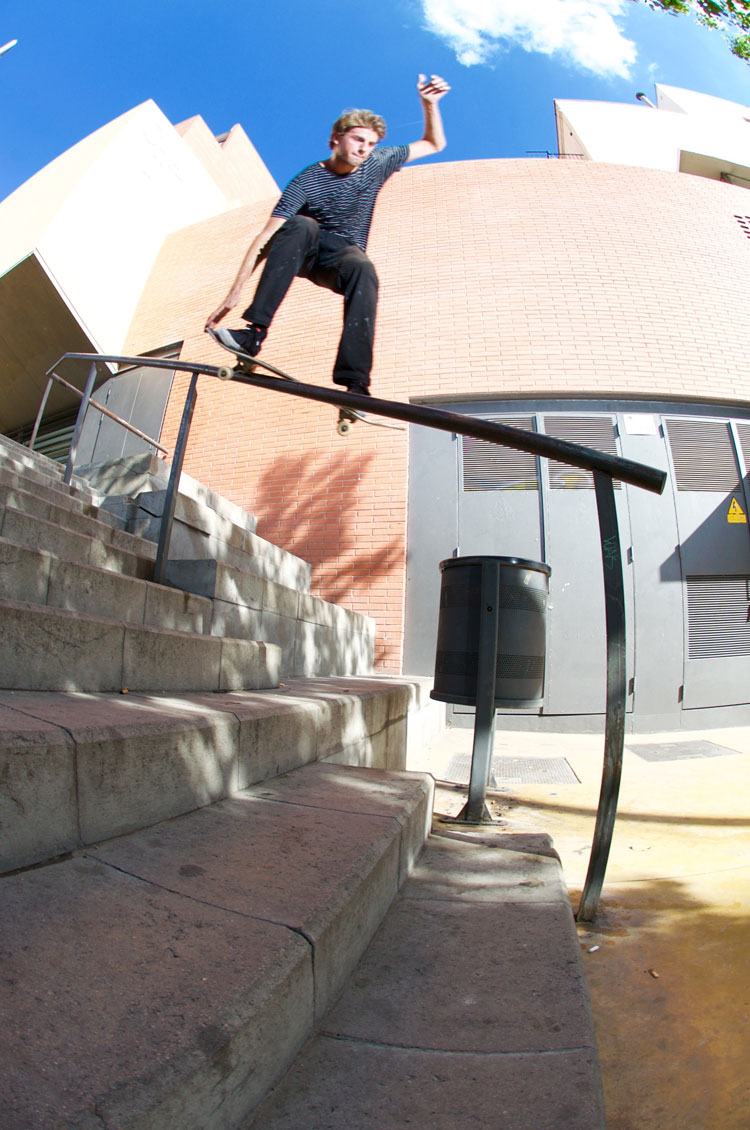 With the layback style, Michael sits on this feeble tail grab. 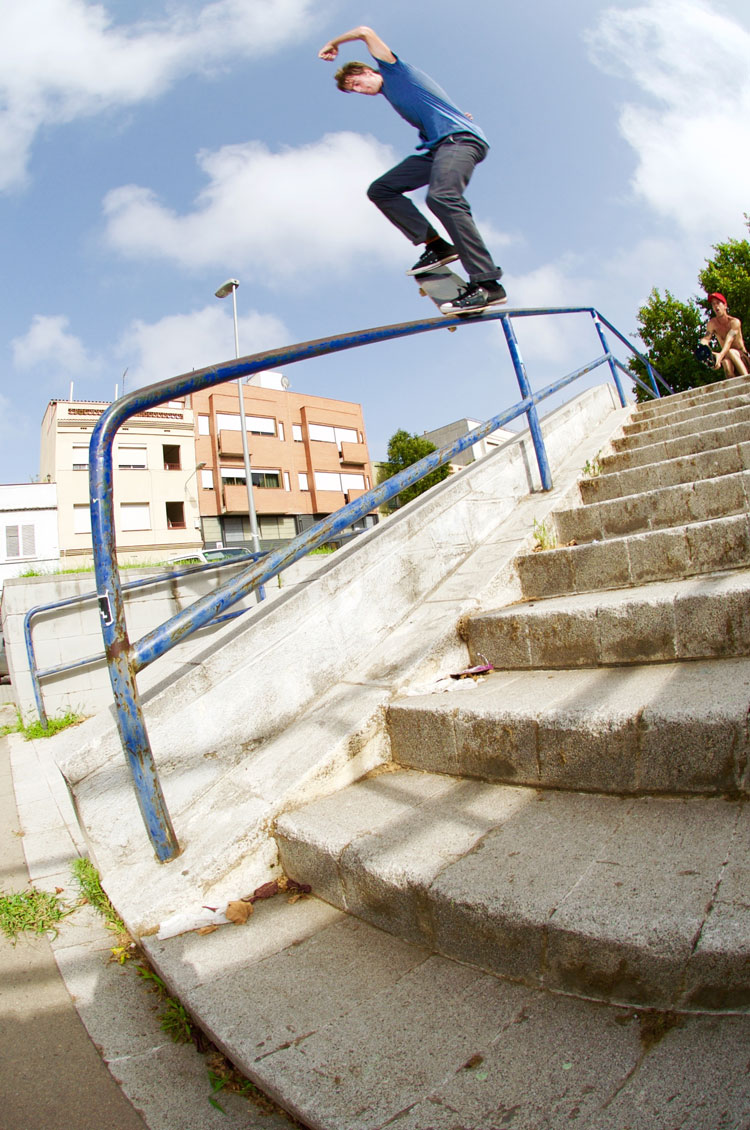 This day was extremely toasty, Michael nosegrinds the rail and rings out his t-shirt with what looked like to be a gallon of water. 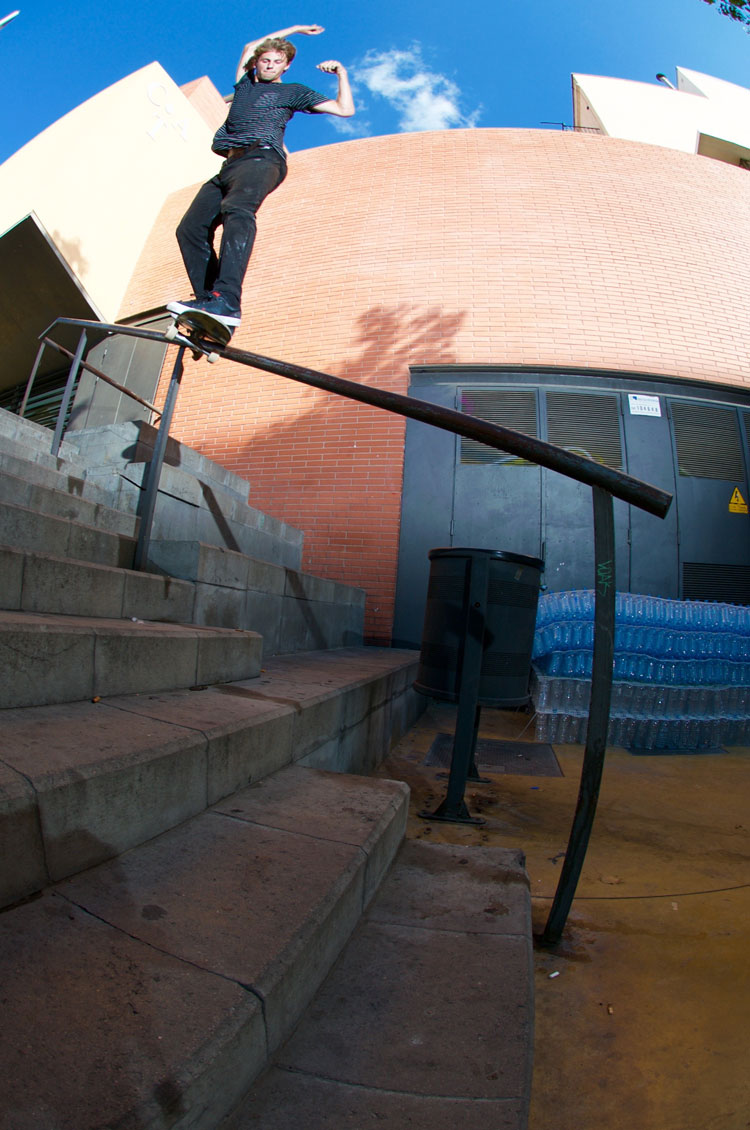 Michael pinpoints this Backsmith while trying not to fall back into the garbage can. 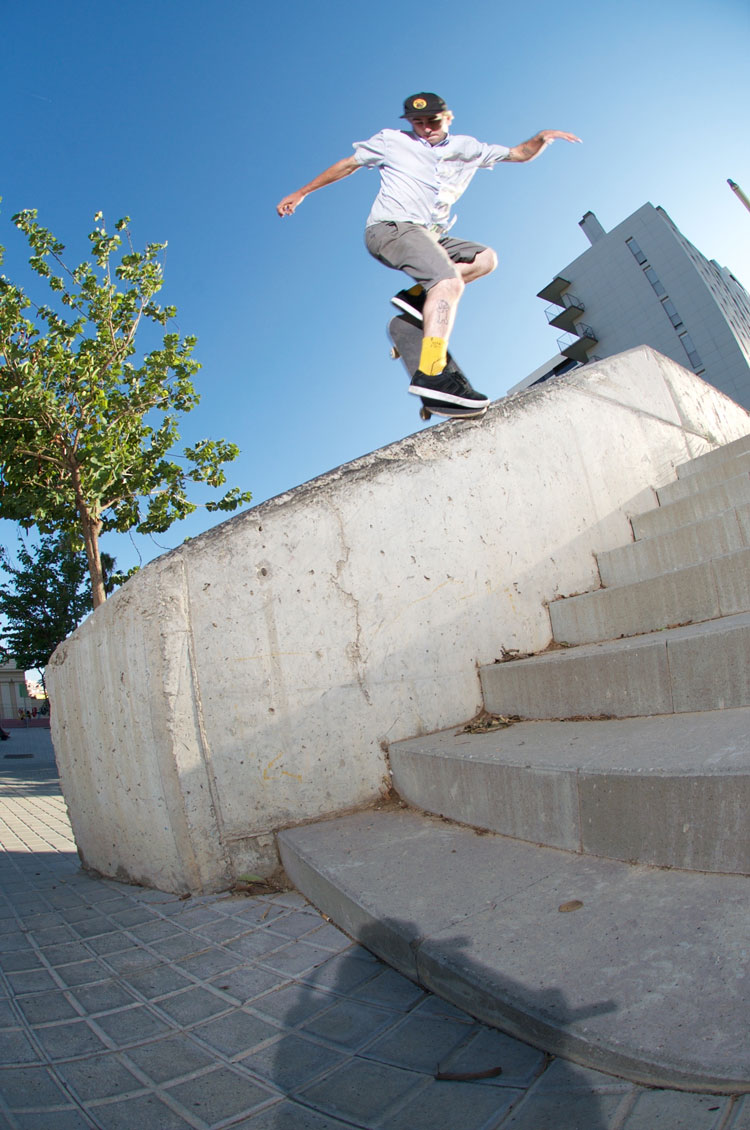 Another friend of the crew, Taylor Bingaman, had just ended a Creature trip in Europe. He called me up and shortly after detoured to hang with the boys for a few days. This backside noseblunt was for a bet for 27 Damn Lemon’s. Drink up Taylor, you earned it. 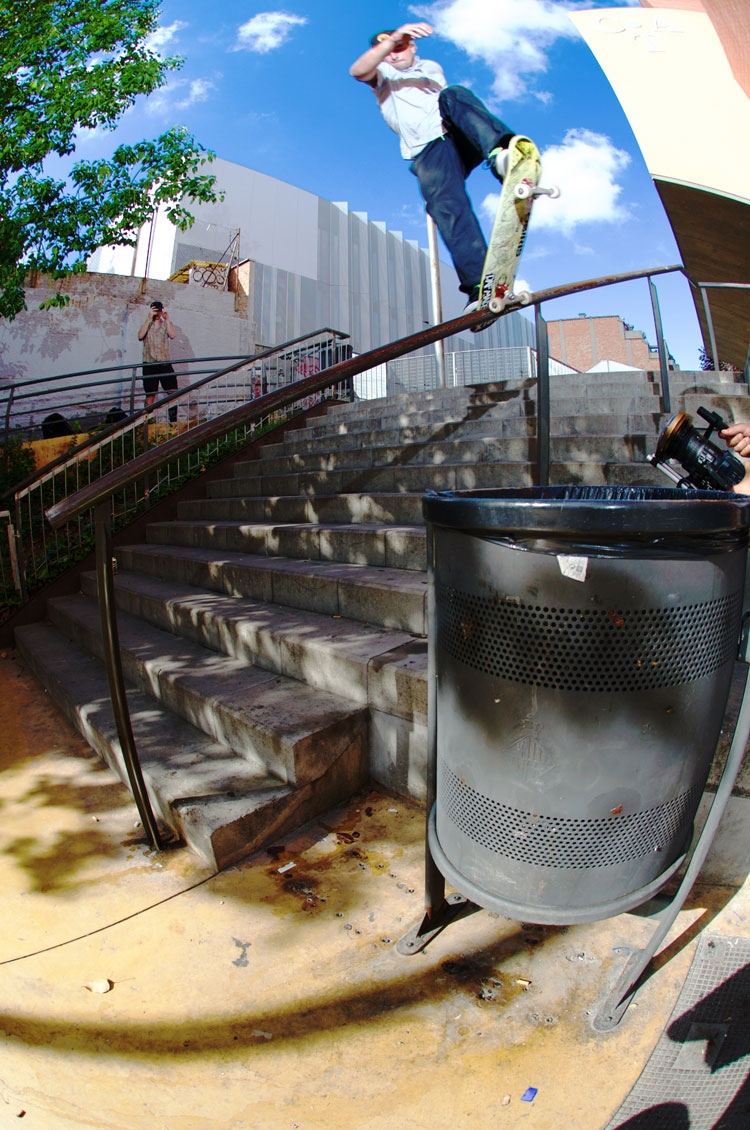 Being tired from a trip and having a bum ankle, Taylor didn’t have much room for error. Second try, noseblunt.