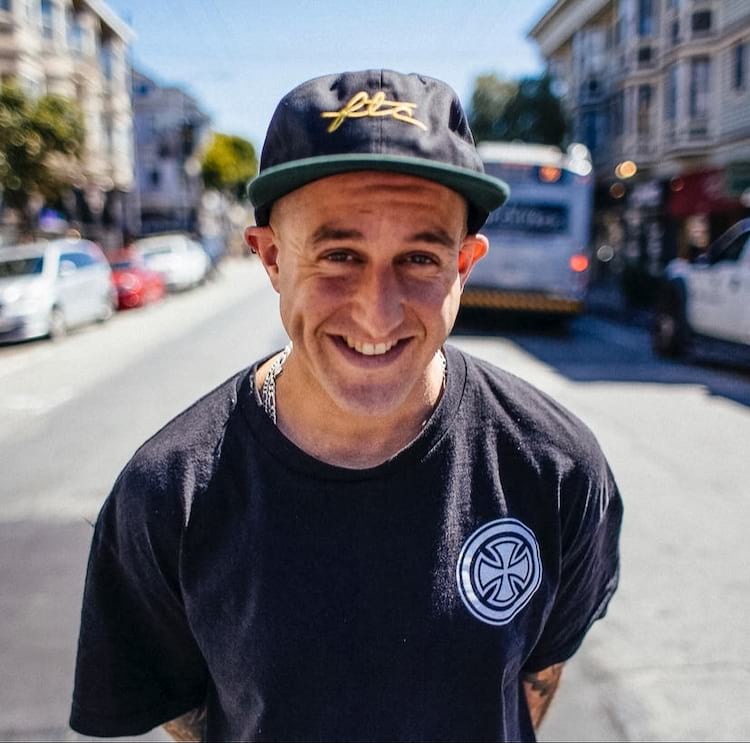 Like many before him, David Abair set out from his small hometown (St. Albans, Vermont) for the great city of San Francisco, determined to bomb every hill, comb the streets for cutty spots and befriend every skater he met. Unlike many others, however, he actually stayed, and over 15 years later he remained set on the same path—to feel the rush of the hills and to work his ass off on his next video part. But beyond his drive to film and skate, Dave had a thirst for human connection. His heart was almost too big for his body, and he loved his friends and family with an unimaginable loyalty. I mean, who else gets their best friends’ names tattooed all over their body? If he loved you, you knew it, and he was never too shy to call and let you hear it. I’ve never met a man so unashamed to wear his heart on his sleeve, sing the sad songs and show true kindness and vulnerability. But he also wasn’t afraid to call you out on a sloppy trick or let you know your pants were looking a little too tight. Better yet, he’d tell you in a freestyle rap, rhyming in ways that made you cry with laughter. And his stories! Only a person as open to the world as Dave could get himself into the situations he did, and only someone so humble and hilarious could animate them with such charm and excitement that he made you feel like you’d been right there with him. David Abair was a true original, someone who was taken from us far too soon. He’ll be remembered not only for his incredible skateboarding (there’s over 15 insane video parts to choose from!) or his slams (the kind you wish you were bold enough to take), but also for his compassion, his empathy and the love he gave his friends and family. Oh, and his smile. I mean, c’mon! Look at that thing! —Walker Ryan

Check out his extenstive collection of full parts on Instagram.

Every eight minutes an American dies from a drug overdose. Lately, more and more of these deaths are due to Fentanyl, which is “ . . . so powerful that a quantity small enough to fit under a fingernail can be deadly within minutes.” Many Fentanyl overdoses are due to accidental use, meaning a person might ingest it thinking they were taking a different drug. It’s no secret that many people in the skateboarding community partake in casual drug use or suffer from addiction. Look out for each other and seek help if you or someone you love is struggling. Go to our community resource page for SAMHSA to get information.
© 1981–2023 High Speed Productions, Inc.