Girl threw a little art show over the weekend in downtown LA to show off their new board series by Sean Cliver. This is the second wave of the Skull and Bones series, this time paying tribute to iconic comedians instead of rockers. Sean nailed it with Mitch Hedberg, Richard Pryor, Andy Kaufman and Chris Farley for the new board bottoms. If you hate cool stuff, do not look at the photos below from Saturdays show. –David Broach 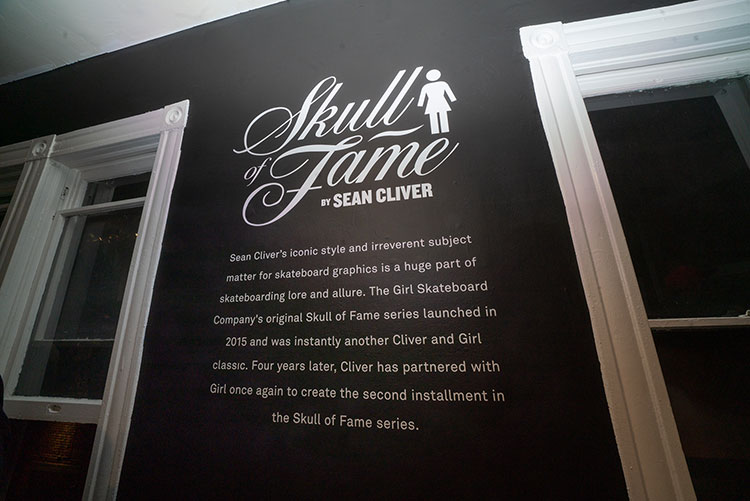 The writing on the wall explains it all 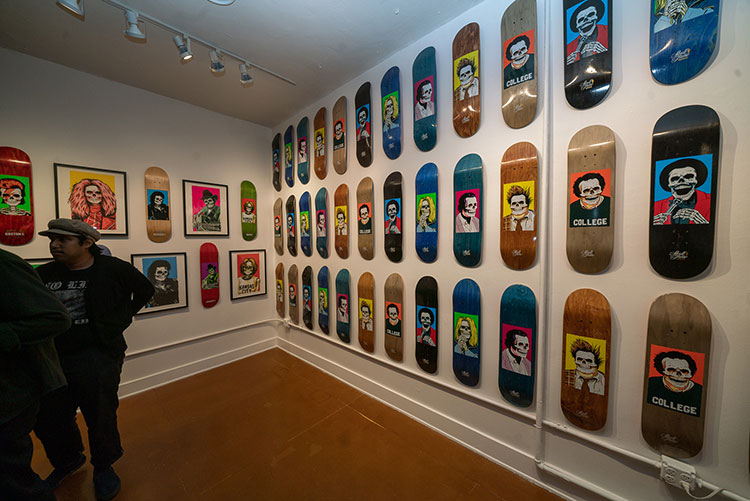 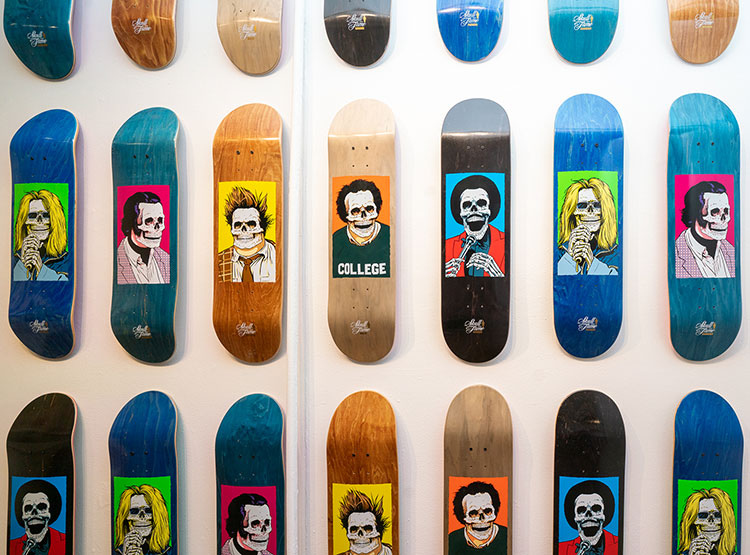 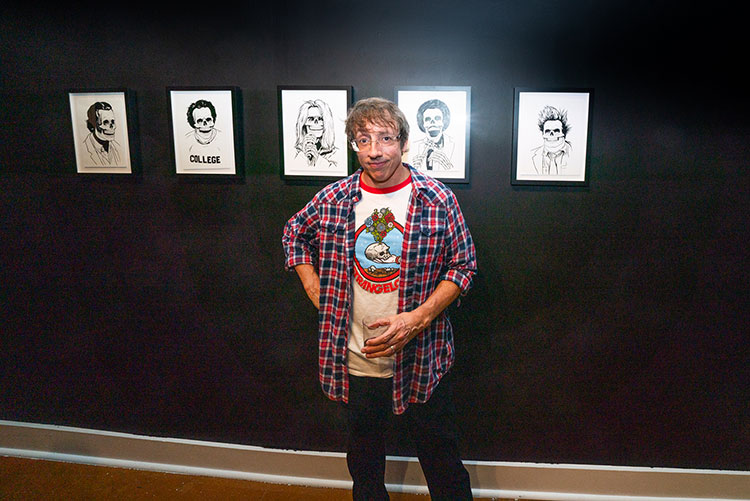 The man of the hour, Sean Cliver 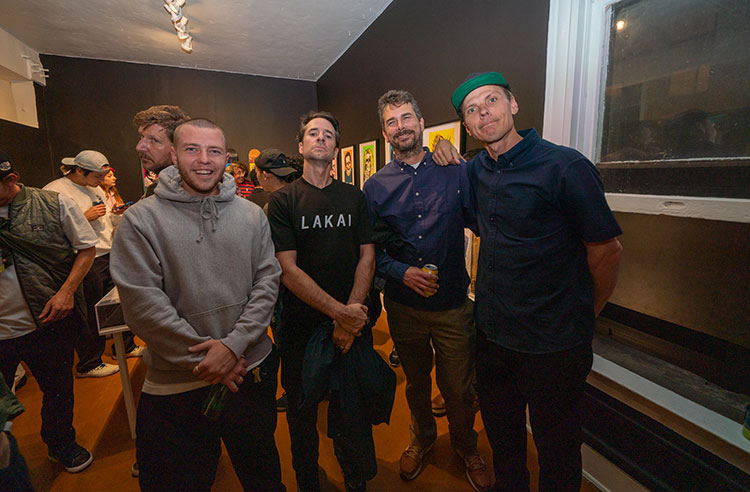 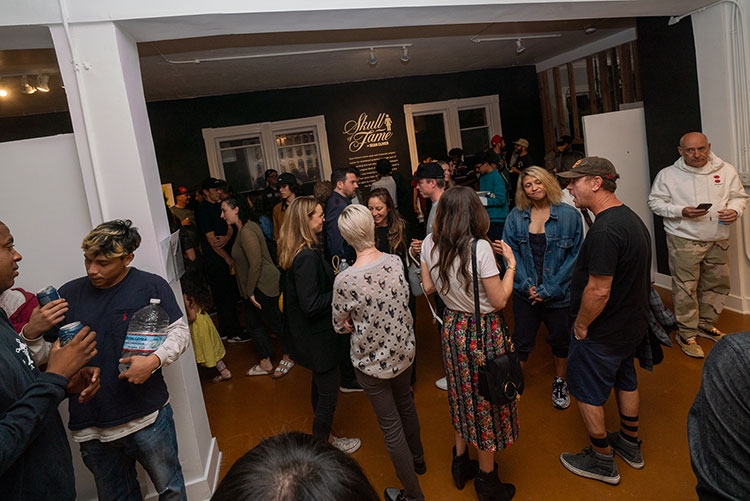 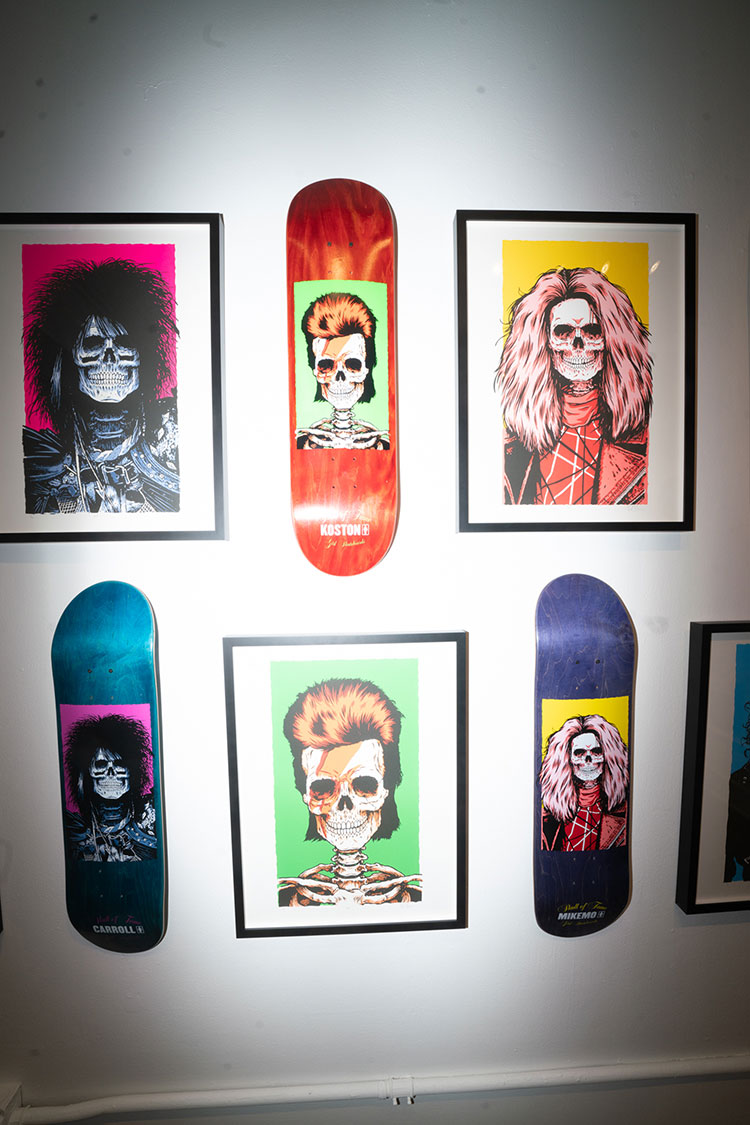 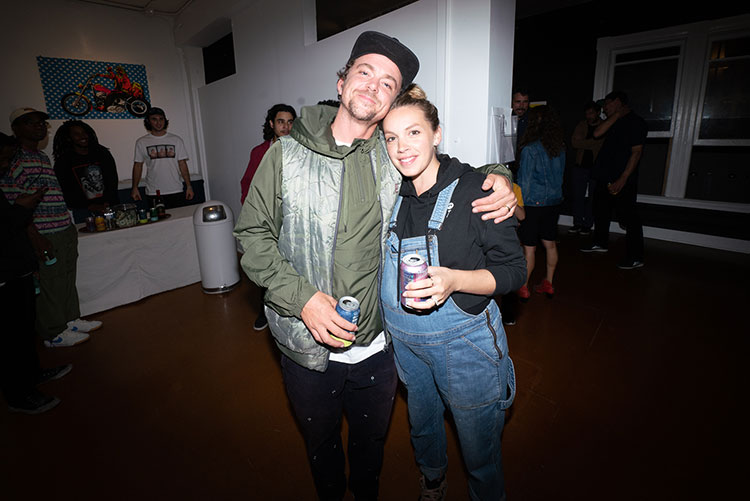 Justin with a bun in the oven! Congrats friend 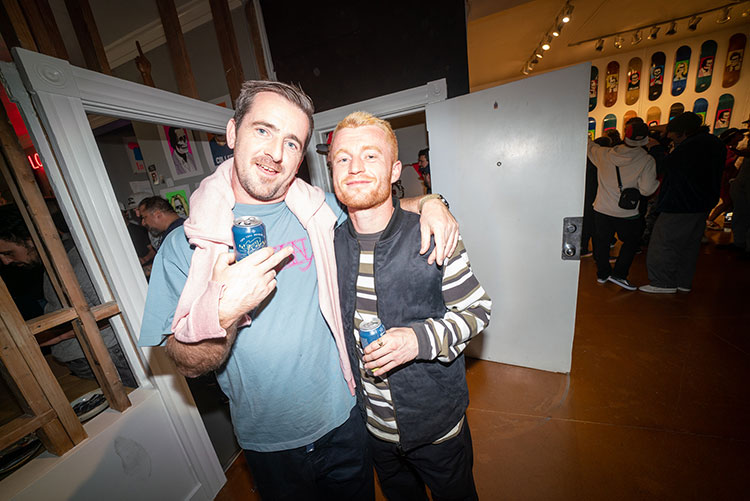 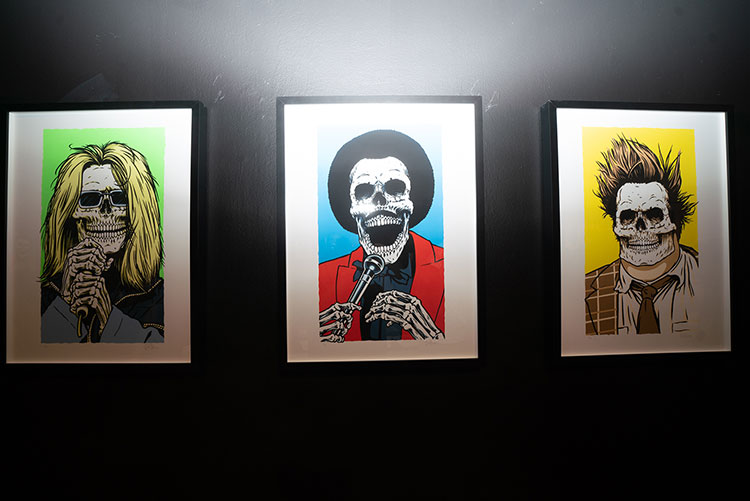 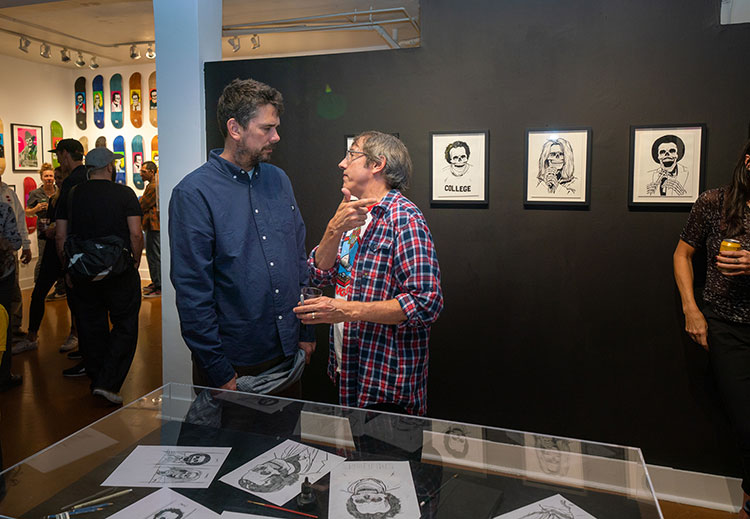 Clivers had enough of Meza! Door's that way, bro! 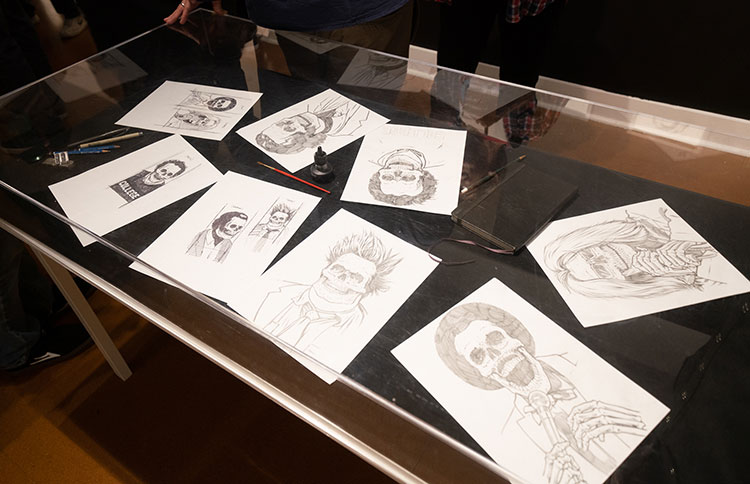 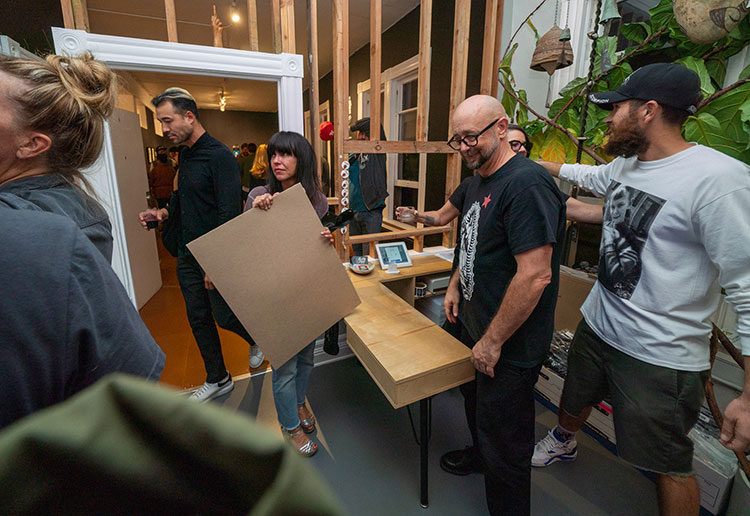 Prints... were flying off the shelves in the gift shop 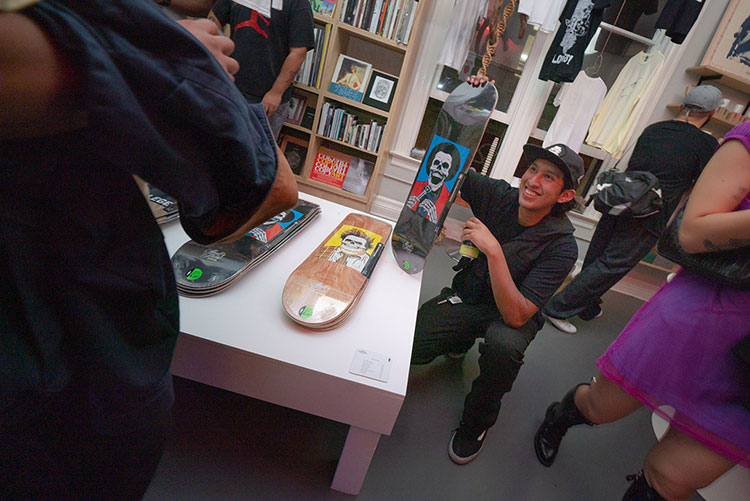 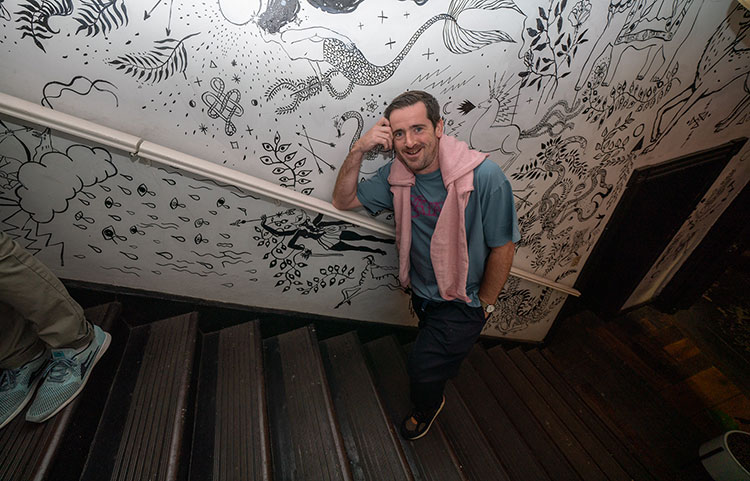 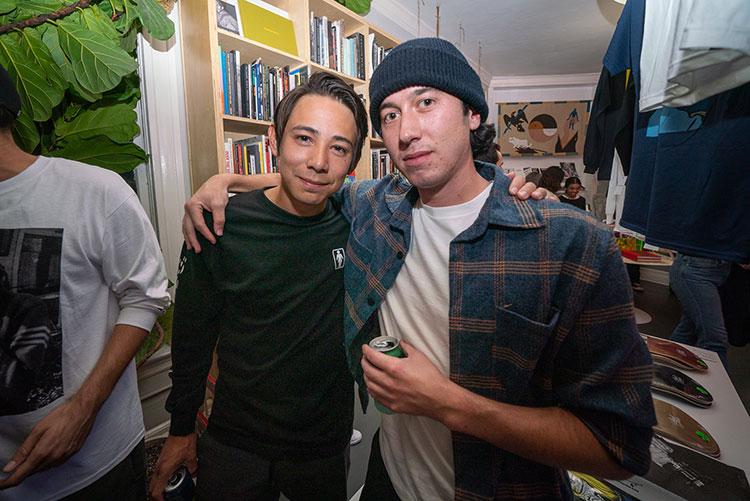