Sid “The Package” Abruzzi’s Waterbrothers has been supporting skating and surfing since 1971, and for the past four years he’s thrown an annual shindig in Newport, RI of skate and surf history called the Surf Fest, and Big Tim put together a ramp for this year’s Fest and invited TA to come out and ride. Acres of skateboards and surf boards dating back decades littered the lawn and lined the walls, supplemented by Skatopia’s Brewce Martin, who brought a sizeable chunk of his quiver. Surf legend Peter Townend made an appearance. Sunny skies prevailed, killer tunes set the mood, East Coast legends mingled, food and beverages were on hand, and ripping went down until the sun set. Thanks for the good time Package, and for all you do. –Wez Lundry 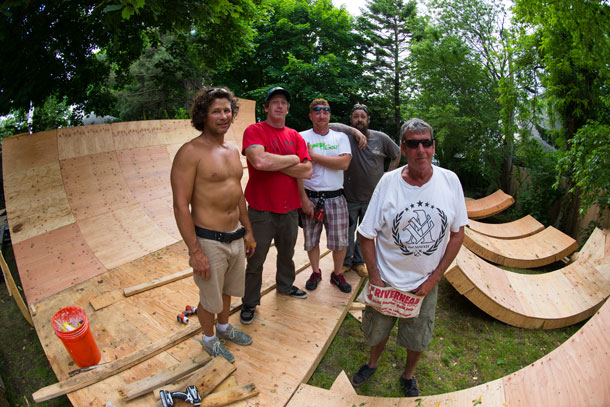 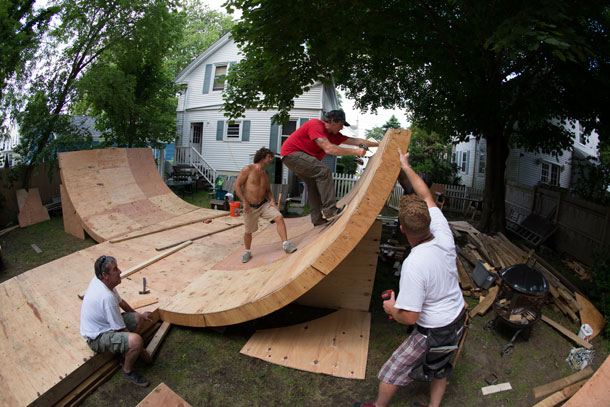 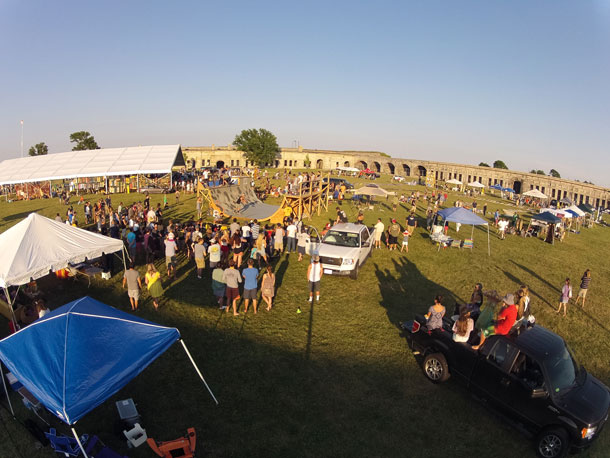 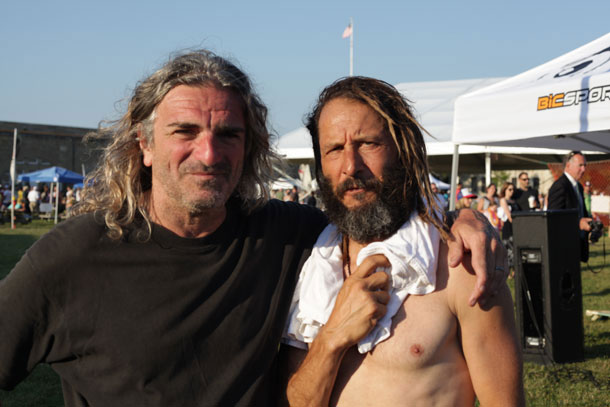 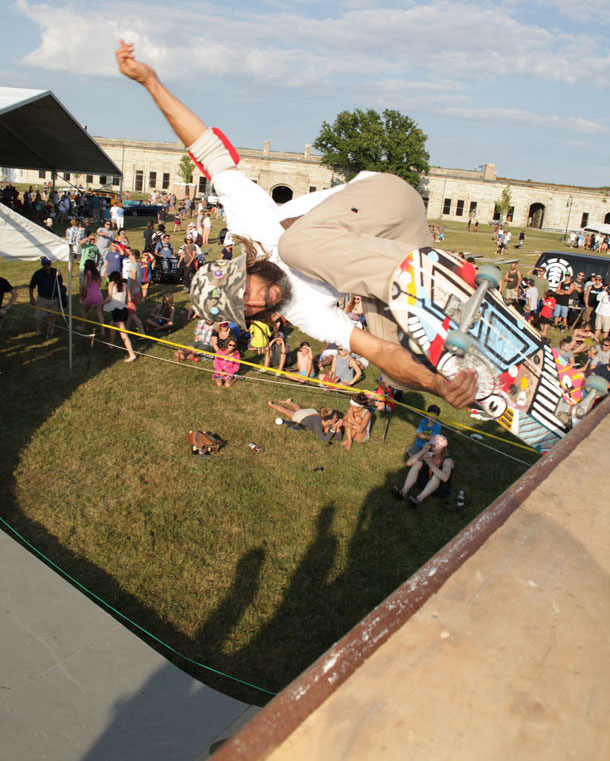 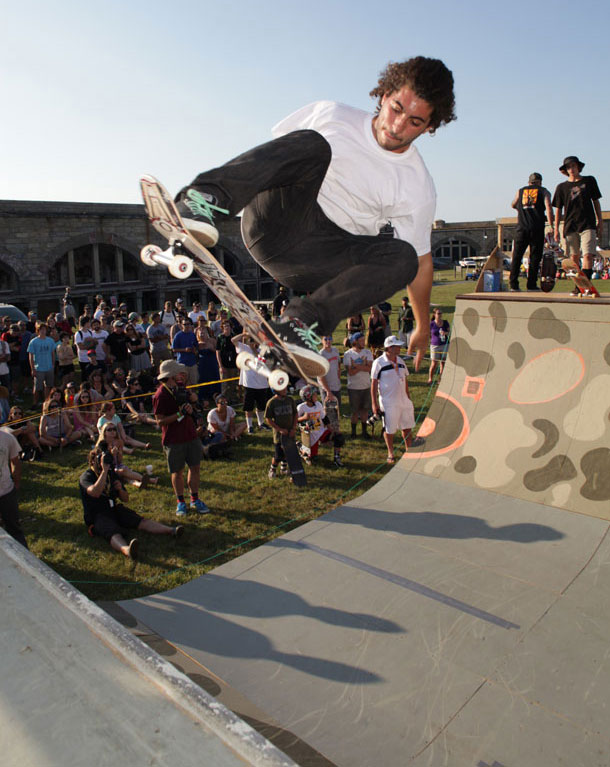 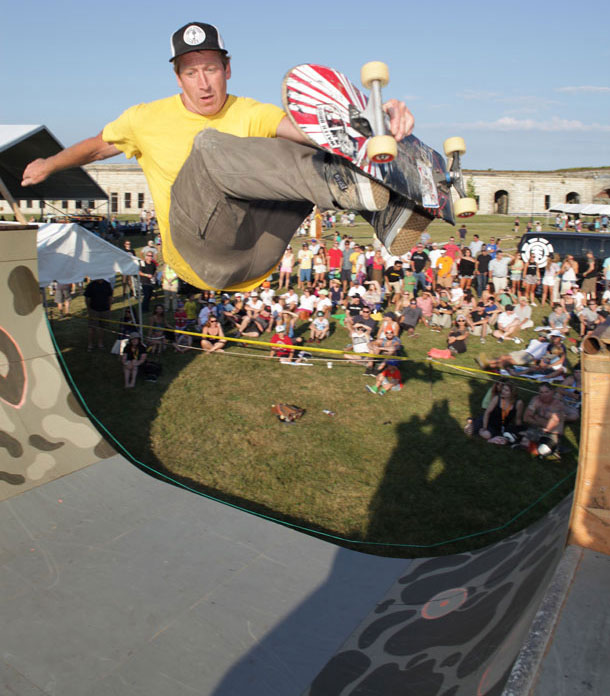 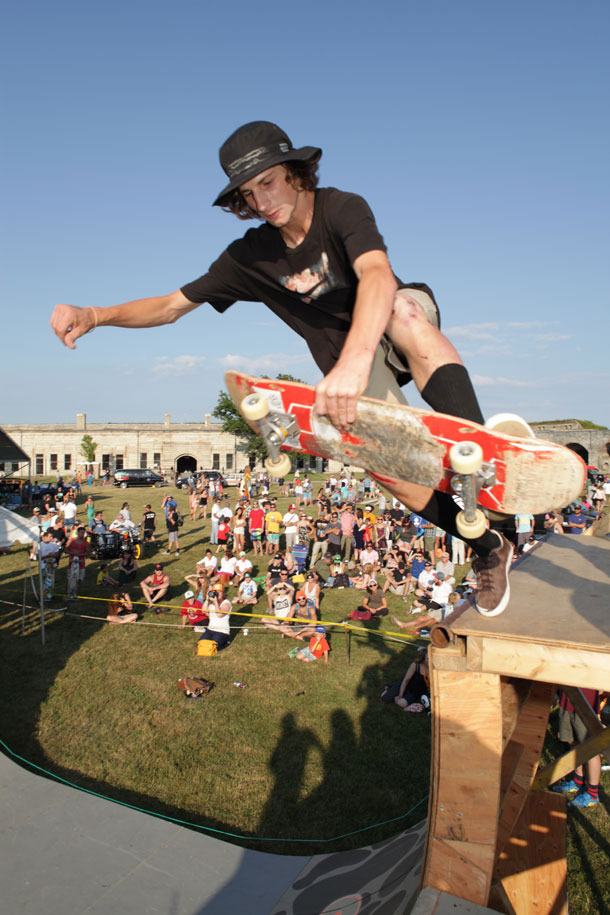 Steve from Groton, boneless in 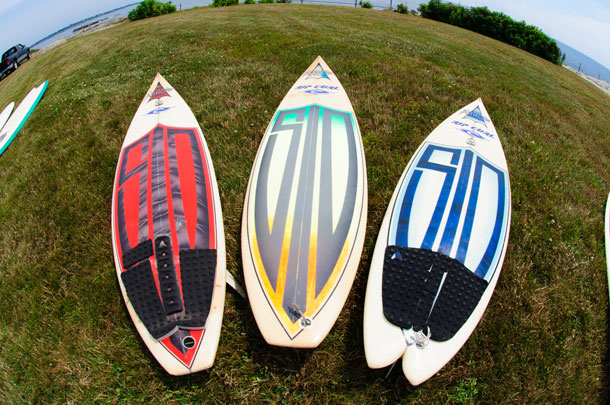 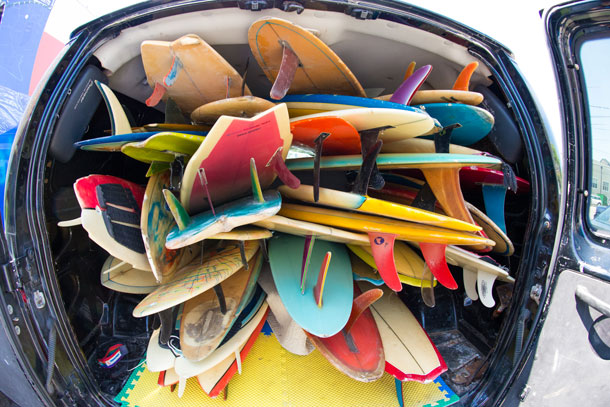 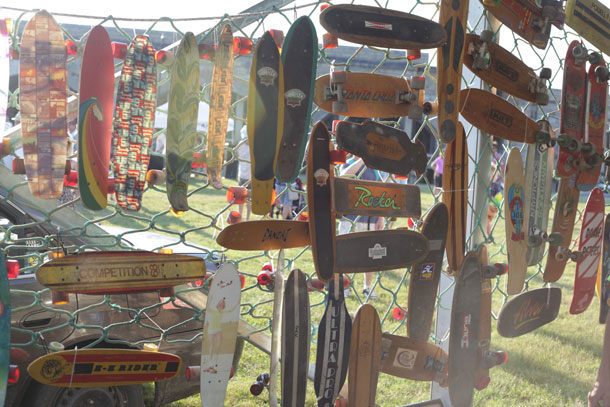 Some of Brewce Martin’s old boards 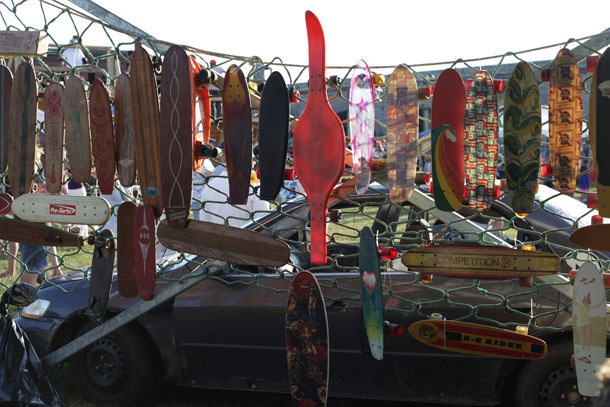 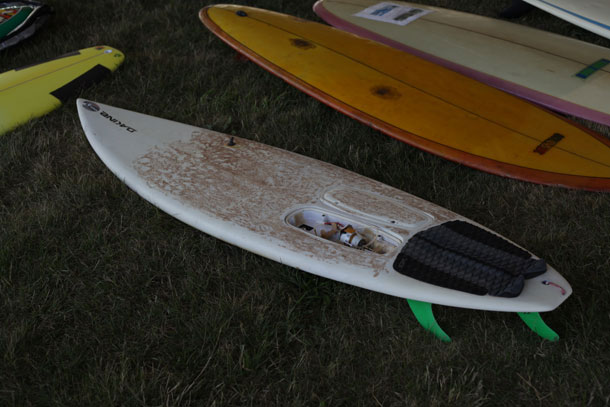 Apparently some surfboards came with cheater engines for lazy surfers? 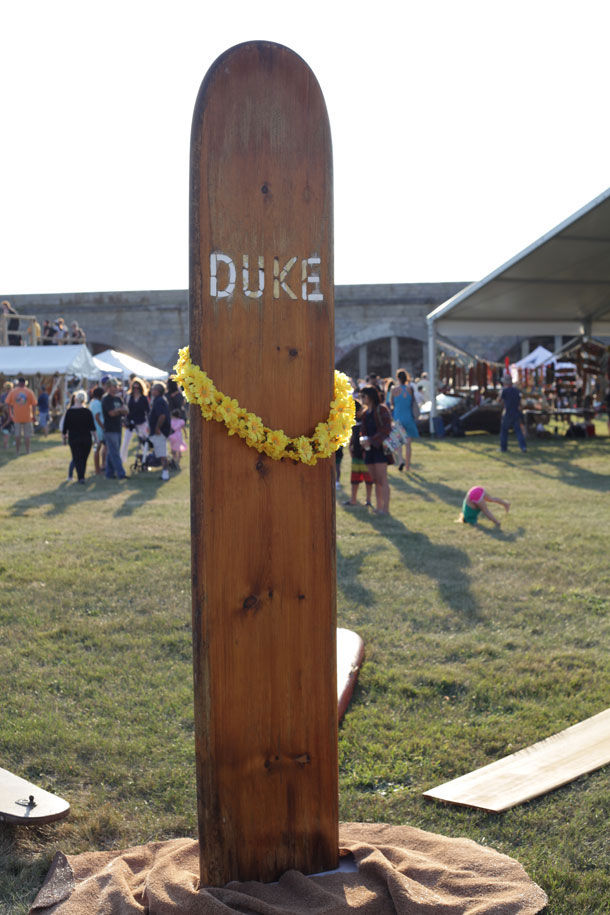 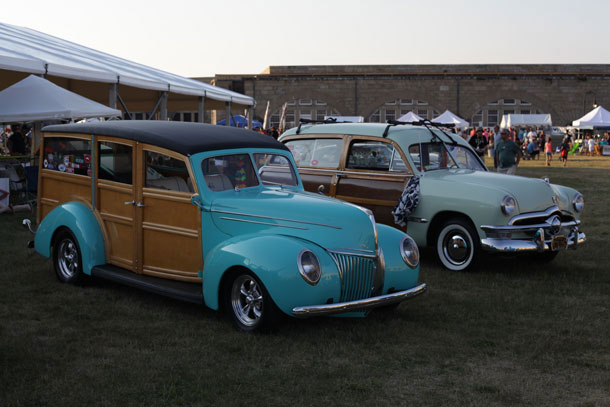 Yo hodad! Fire up the woody and gather up the groms, green room is calling brah! 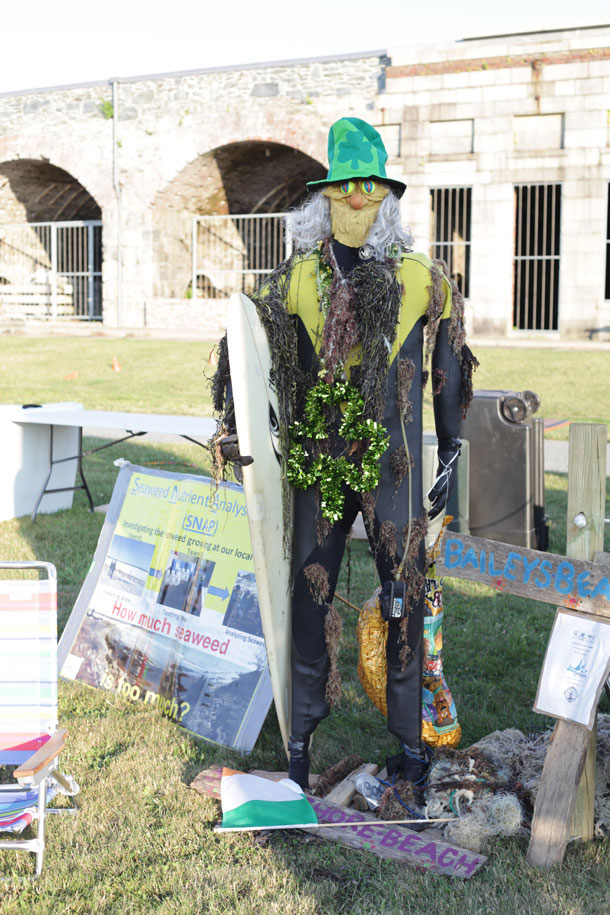