The Dolphin Pool was skated back in the early '90s by only a few SD heavy hitters. It used to be a 15-minute barge because an older lady lived there and would call the cops. Fast forward to 2016, the pool has been re-plastered and the house is now rented to college kids. I convinced them to let me drain it by promising a ton of beer and paying for the water bill to fill it back up. I also said I'd bring a heavy crew of Indy riders to their backyard and threw out the old, "I guarantee the pool will not get damaged." We got a one-day session behind the landlord’s back and it was the coolest campus party ever. You should have been there. Just ask Roman; it was his birthday! —Rhino 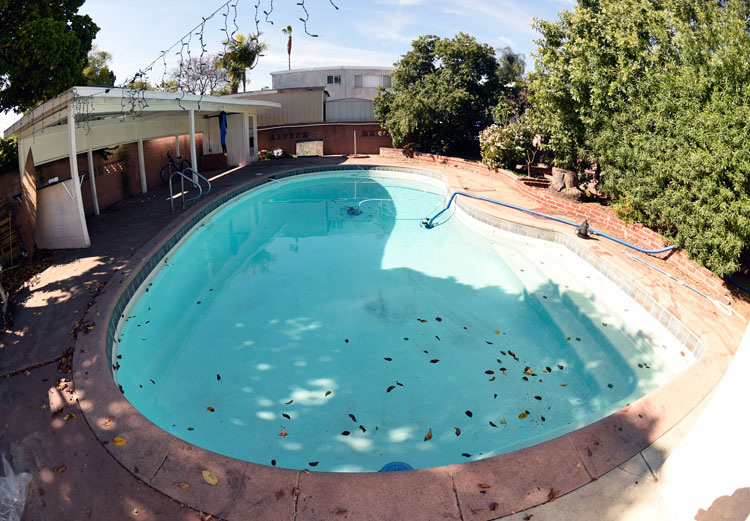 It was 11am when I set up the pump 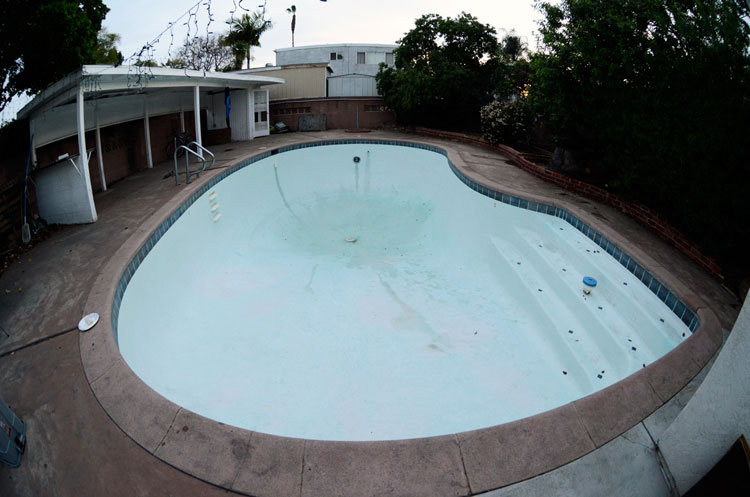 By 7pm it was empty and ready for the following day 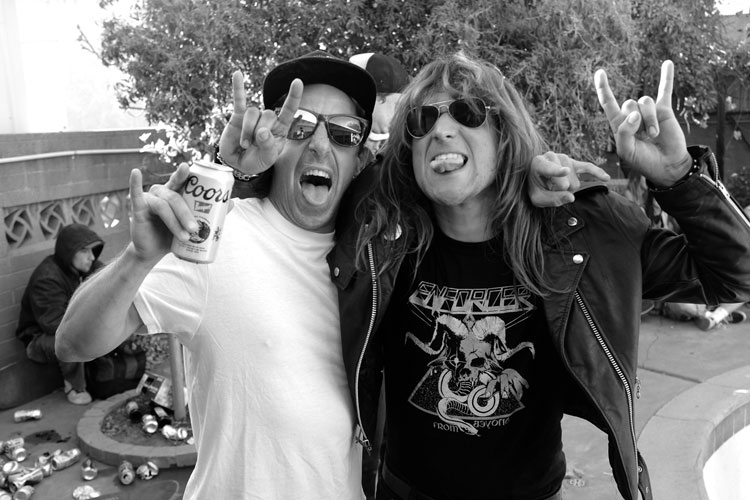 Jerry and Pedro setting the tone for the festivities 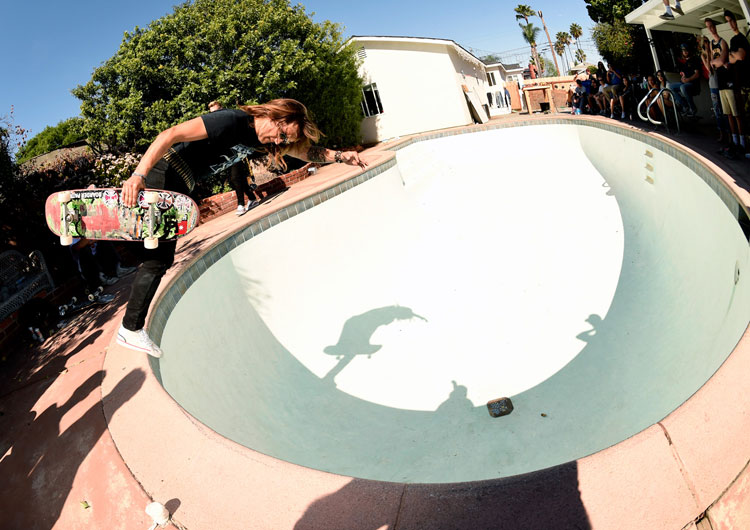 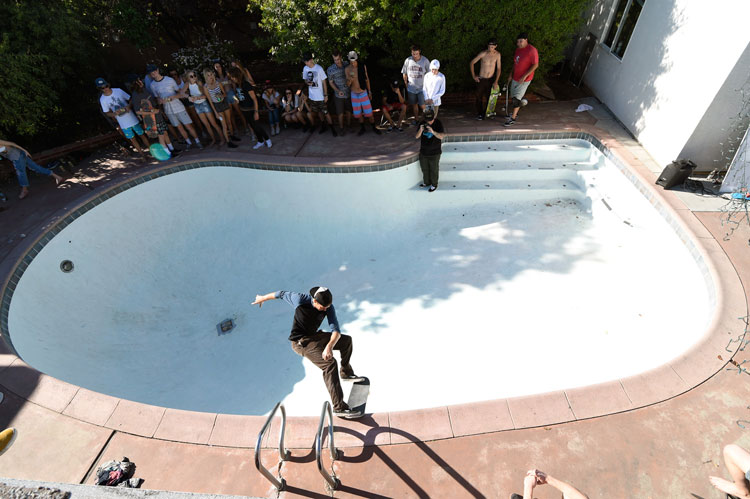 Josh Borden, tailslide over the steps 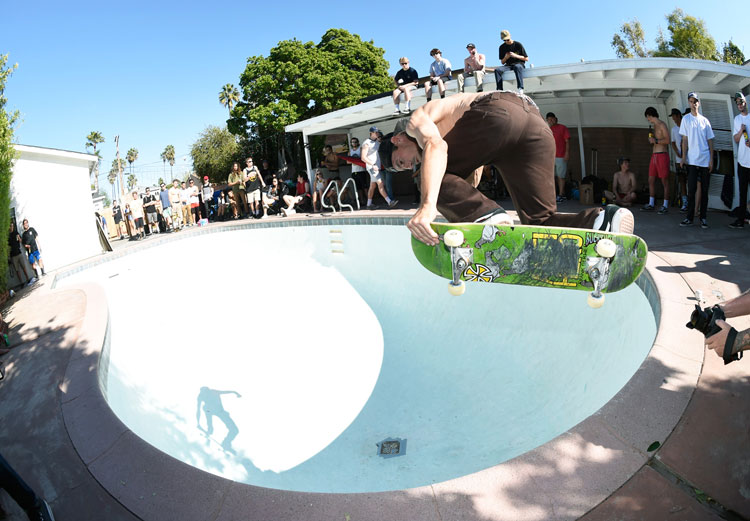 Not the typical setting for Hewitt to skate in, body jar 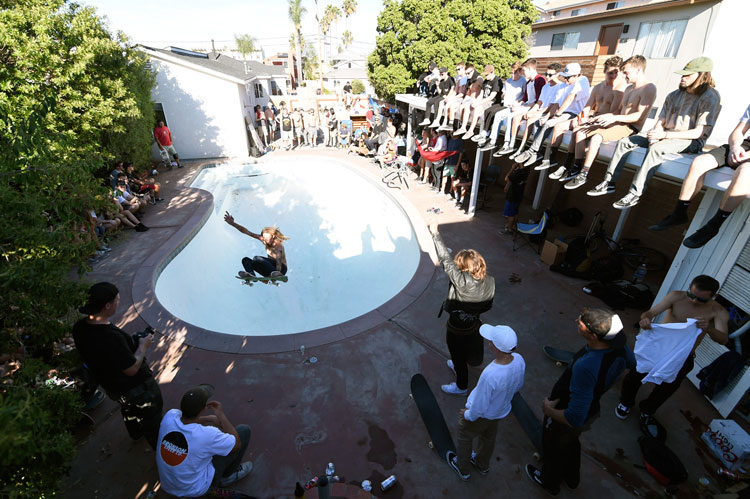 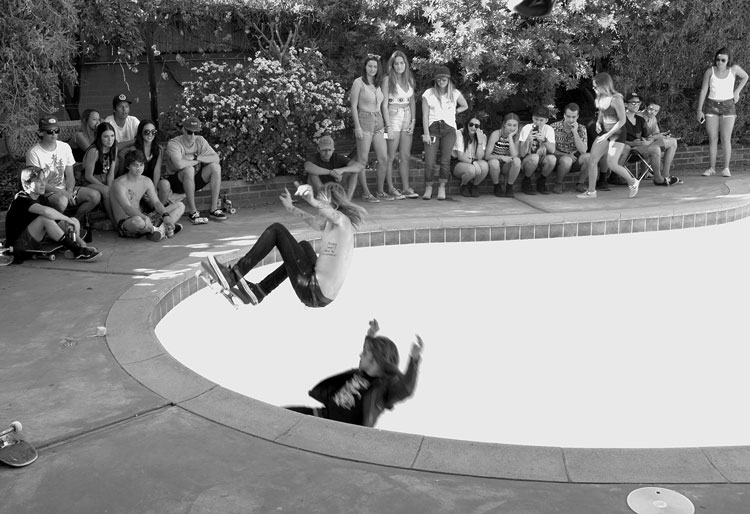 The college kids were in awe! 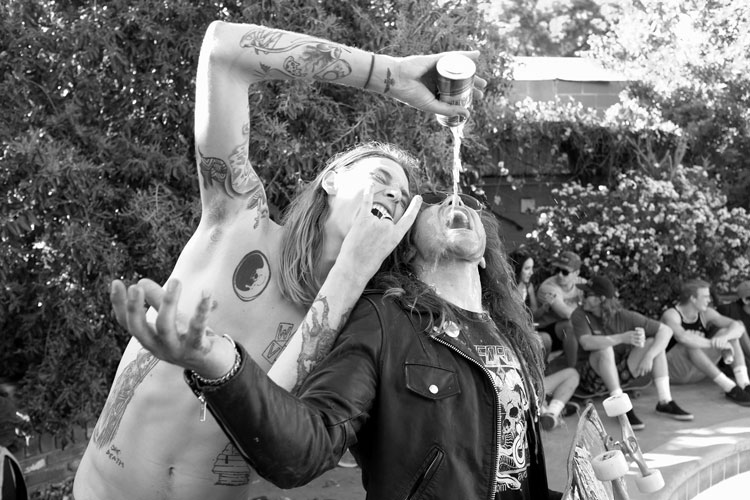 Blood Wizardry showing the students how to really party 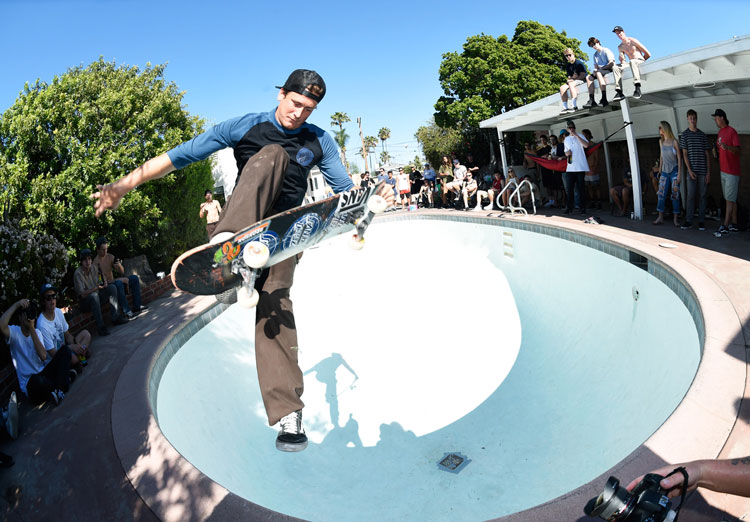 Borden tosses up a Madonna 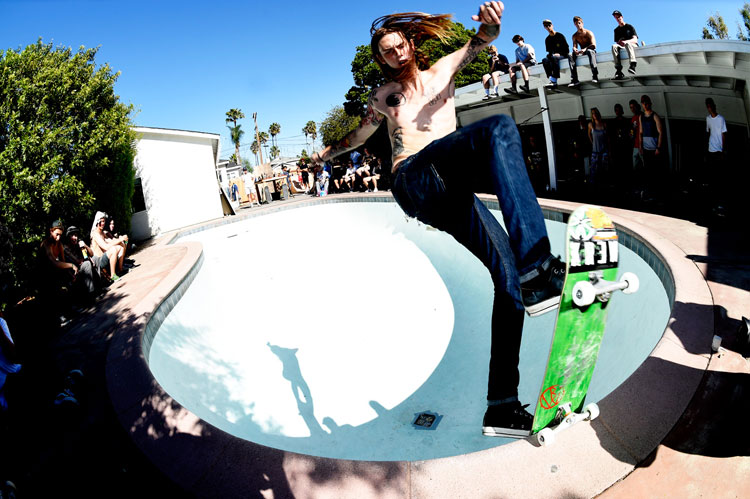 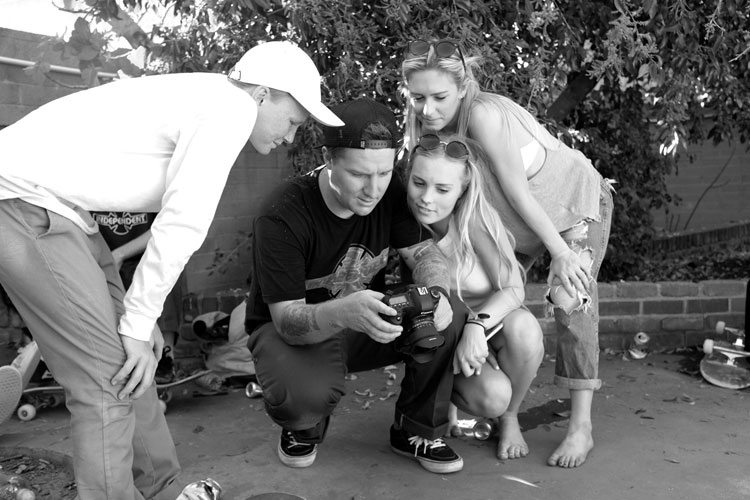 Chicks dig cameras. Wes trying to get some digits 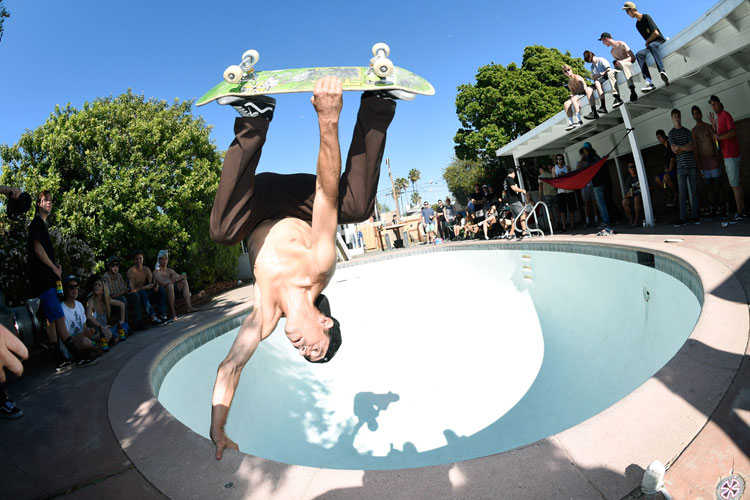 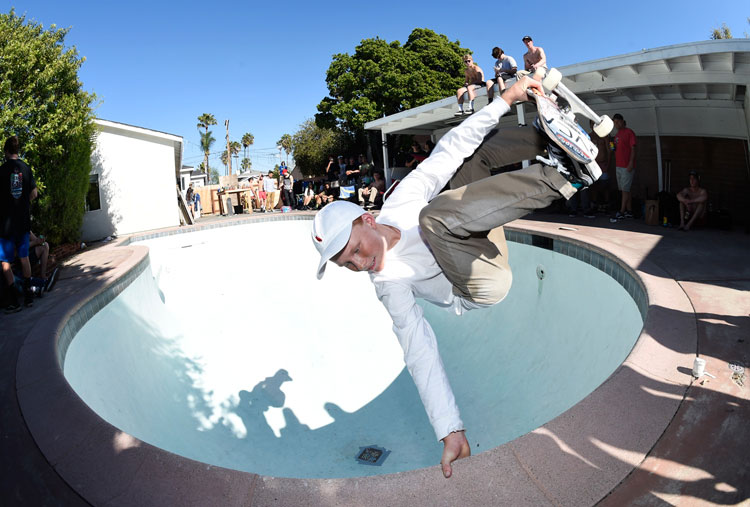 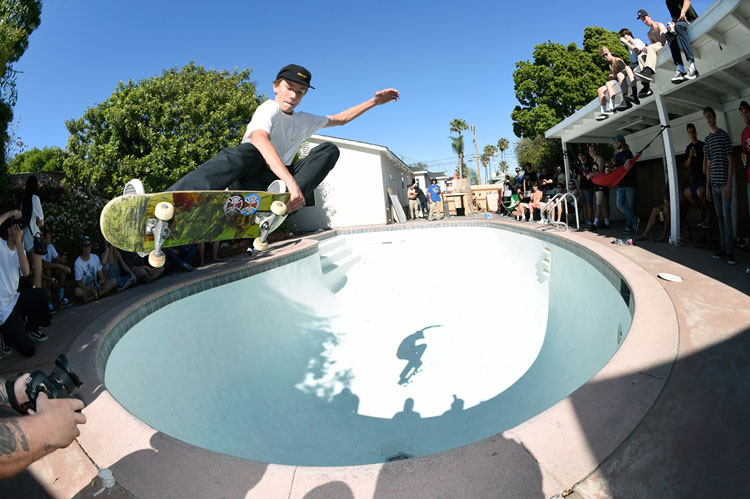 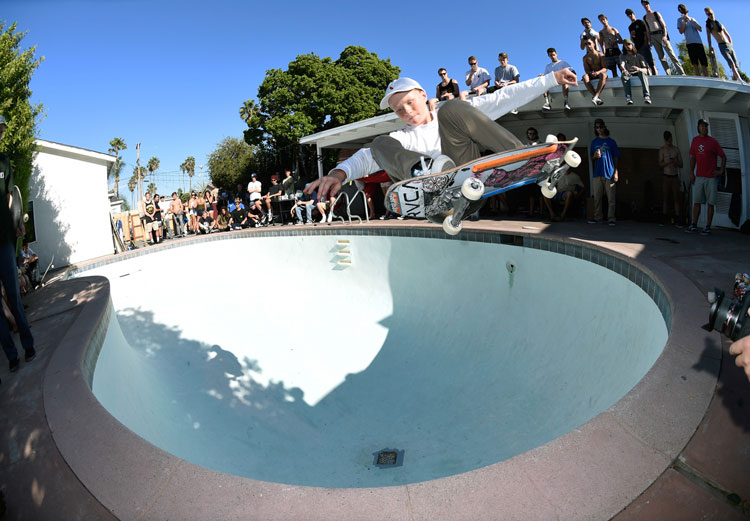 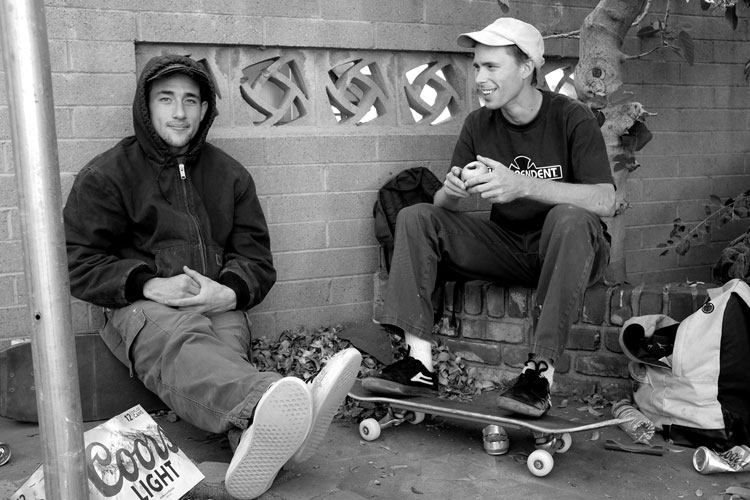 Winkowksi and Cope didn't really know what was going on 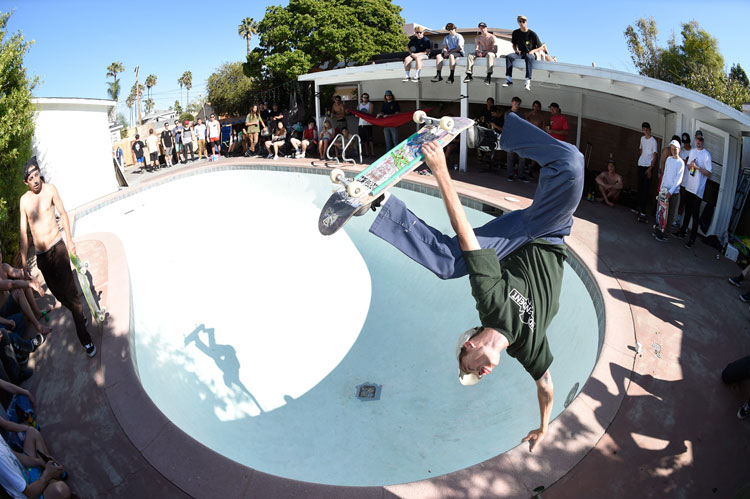 But it didn’t stop Cope from killing the pool 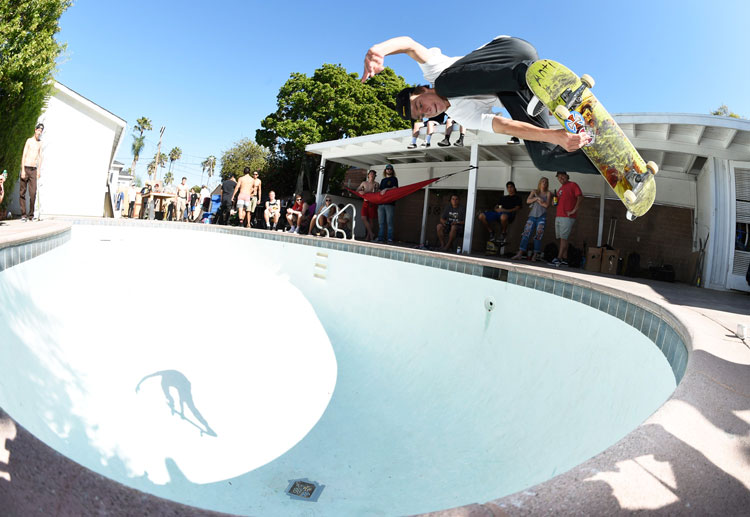 The pool is a good one. Cedric, Indy air 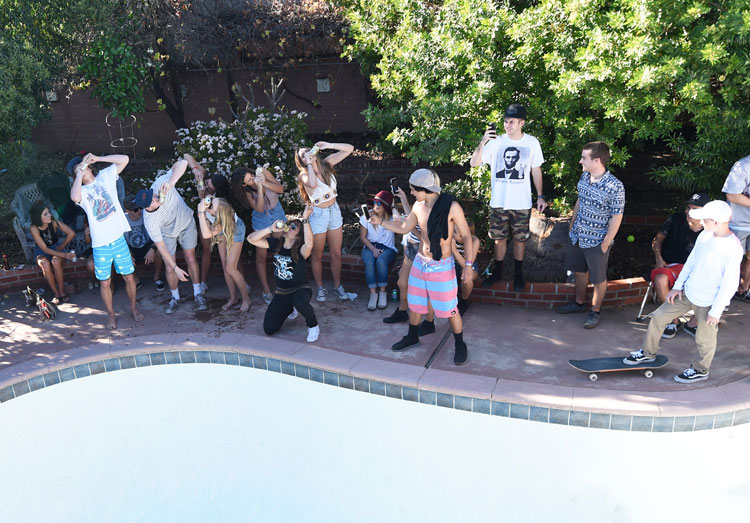 Jerry brought the party, hyping up the shotguns 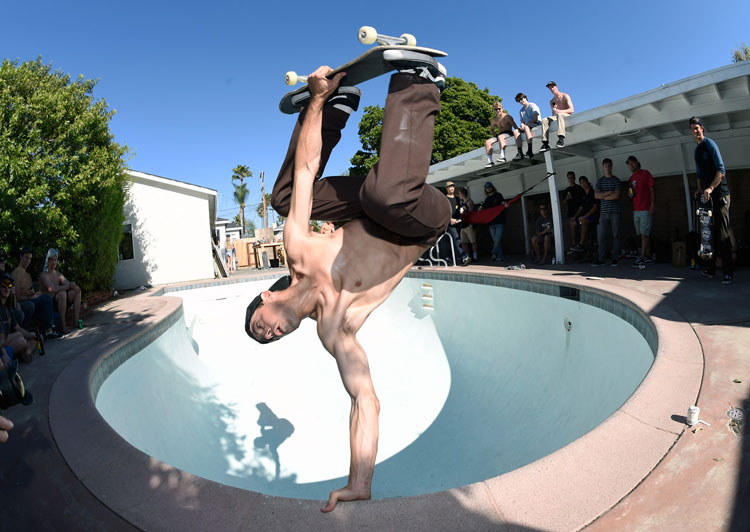