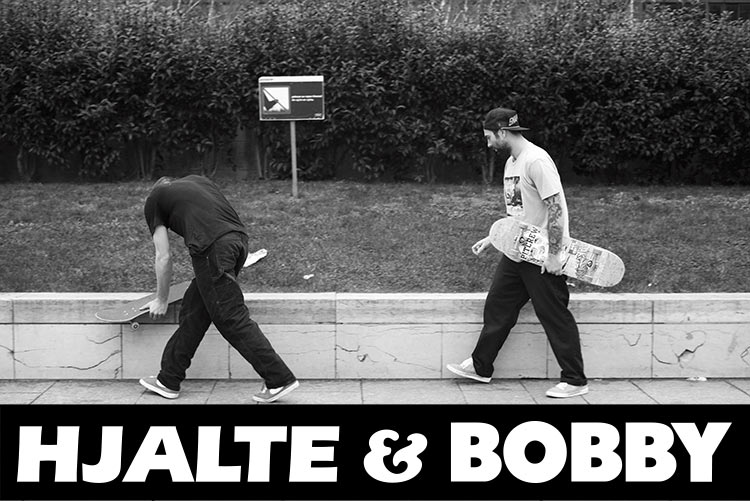 Were you guys friends before you started working on this part?
Bobby: Yeah.
Hjalte: We met on a Nike trip, a Scandinavian trip one or two years before. We had a good time on that trip and then this past winter—you can’t really skate in Denmark when it’s winter, so I called Bobby and asked if he was down to do a project together.
B: Is that how it went down?
H: Yeah, I emailed you, like, "Hey, are you down to do something this winter? It’s gonna rain in Denmark for the next five months."
B: I thought before that we went on a trip last summer to Upstate New York and somewhere along the way we just said, "Hey, fuck it. Let’s do a video part together based around plaza skating." Basically it was just an idea and we started narrowing down places we wanted to go and Nike was very supportive about it.

So it looks like the first half of the video is filmed in Europe and the second half is in the US, is that correct?
H: Yeah.

So was it kinda like, Hjalte, you would show Bobby your spots and vice versa?
B: Not really.
H: Yeah, not really. At first we wanted it to be a plaza-only part and that spot in Paris was quite new so we wanted to go there. We were just going to skate that plaza on the first trip. But every time you go to a new spot on a trip you want to skate it, so we ended up doing more than just plaza skating. But that was the original plan. 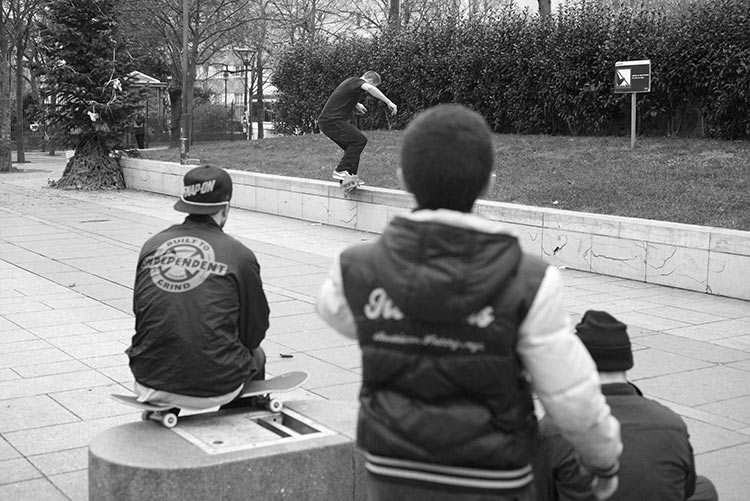 Do you think in contemporary street skateboarding there’s less plaza skating going on or do you think there’s a resurgence? Do you think kids are starting to gravitate more towards a meet-up spot again?
H: I mean, in America it’s really hard to find a plaza spot. In Europe it’s really normal. I feel like almost all European cities have a meet-up plaza spot but in America it’s really rare to find one.
B: For me, we’ve just always met up at Pulaski. That’s just how it is and I think in Philly they pretty much have the same thing going on whether it was Love Park or the Muni spot. New York is kind of just meet up at the skatepark or some shit.
H: Yeah, Tompkins is their plaza.

Do you think there are less plazas in the US or do you think it’s just because of the police?
H: I think both.
B: Yeah, both.
H: In general, the governments are not supportive about skaters in plazas.
B: Destruction of property, you know?
H: Yeah, but I think in Europe they care less about it than they do in America. 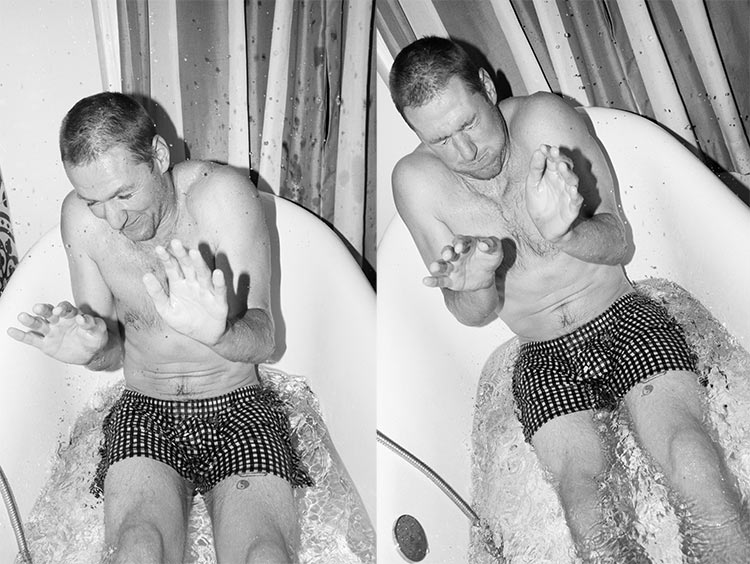 Do you think the cops are worse in the US than they are in Europe?
H: Yeah, way worse. We didn’t get kicked out one time on the Europe trip, did we?
B: Not that I remember.
H: Actually, we got pretty lucky with Pulaski. We got kicked out three times in ten days.

Not bad.
B: It was pretty good. We only had to run, like, four times. 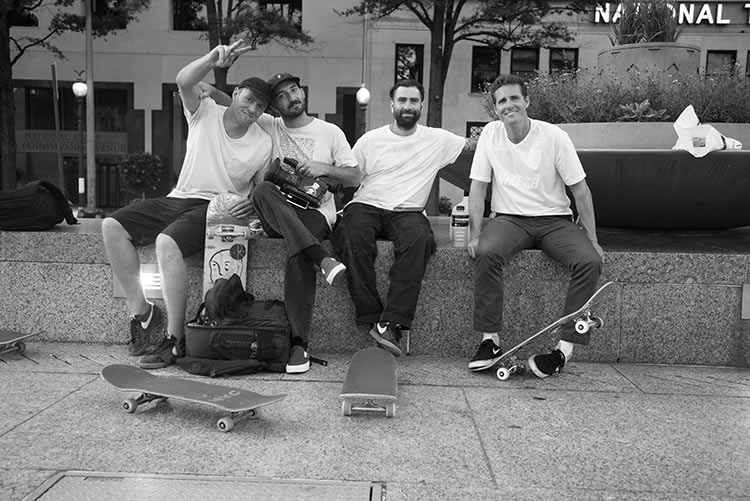 Hjalte, Ben Chadourne, Bobby and Reese at a board meeting with no cops in sight

How do you guys deal with cops? Do you always run or do you ever try to reason with them?
B: I mean, if they catch you then yeah, maybe try to reason with them but usually they’ll just take your board and give you a 50-dollar ticket—at Pulaski, at least.
H: What Bobby told me when we we first started going to Pulaski was, "Walk the opposite way when you see a cop car. Just walk slowly the opposite way. Don’t run."
B: If you run they’re gonna go after you for sure.

How long did you guys film for this? Was there a deadline or did you guys just go out until you felt like you had enough footage?
B: We did four ten-day trips and that was it.
H: The plan was three ten-day trips but then the first New York trip was just too warm or too—I don’t know.
B: We got rained out.
H: It did rain a lot and when it was dry it was so warm. It was like jungle style.

Bobby, is that the trip where your shirtless footage came from?
H: Yeah.
B: It was hot as hell the second time.
H: When we came back, we thought it was gonna be more chill but it was the same so we just had to deal with it. So we basically went to Pulaski at ten every morning and skated till 12, took a break and then came back in the evening.

Missing the hottest part of the day.
H: Yeah, like siesta style.

Bobby, when you're matching your shoes to your shirt, is that a conscious decision or is it just luck of the draw?
H: Of course he does. He’s got the cheetah shirt and the cheetah shoes now.
B: Yellow’s my favorite color.

There’s a lot of yellow-shirt proponents out there that want it brought back into street skating.
B: It’s a nice color. 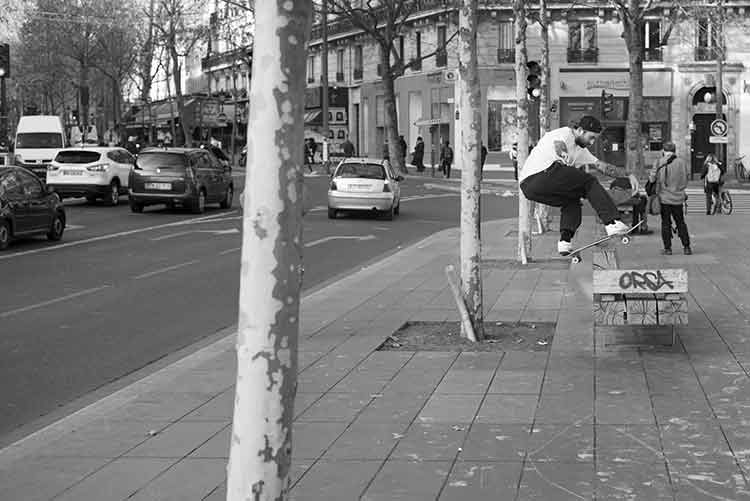 It's black and white, but you know Bobby's runnin' that yellow shirt/sneaker combo. Front board for Orsa

So you can find ledges and stairs at pretty much every skatepark, so why try to go find them in the street when you could just go to a skatepark?
B: You’re gonna have to answer that one.
H: Because it’s boring to skate a skatepark.
B: Right.
H: And because you can’t film at a skatepark.

You can’t film at a skatepark?
H: No, not for a video part. That wouldn’t work. You wouldn’t put up a Thrasher part that was all filmed at a skatepark. Or would you?

I’ve seen it.
B: Yeah, I mean, it’s been done but it’s boring.
H: We wanted this project to be really like '90s style street skating.

Speaking of the '90s, it seems like right now there’s a total '90s resurgence going on. Are you guys stoked on that?
H: Sure. I think it’s cool that they’re bringing back some stuff, some baggy pants and some noseslides.

So the kids out there, they're really into these body varials right now. How come you guys didn’t pepper in some body varials for the children?
H: Ha! I don’t know. Me personally, I like skating normal. Like, normal skating. I like that people are trying to do new stuff but it’s a little too wavy for me, the stuff that’s going on.

Too wavy or wacky?
H: Both. I think it’s sick there’s a full street part with no body varials. That’s rare these days. 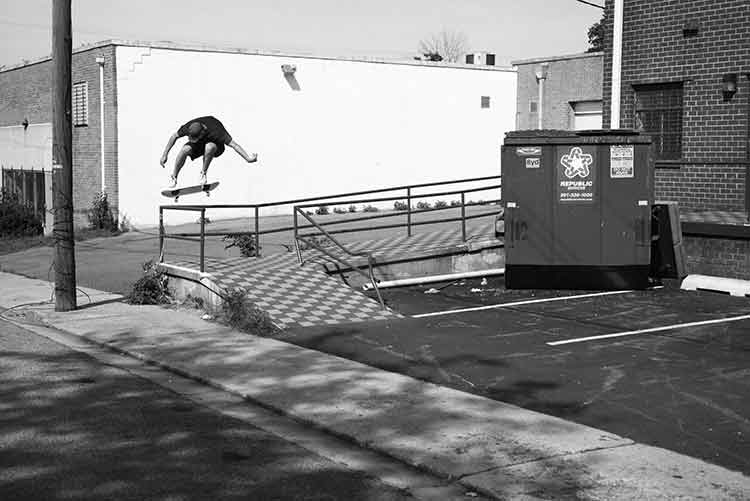 How about you, Bobby? What’s your favorite trick of Hjalte’s?
B: Well, I kind of have two. But I will say the one where he skated at the white steps and fakie heelflipped up the steps and cabbed down the six. I really liked that.

Being that you’re from different countries, if you had to pick one country to skate in for the rest of your life, which would you choose?
H: I would say Europe. If I had to pick a country I would say France—Paris.

How about you Bobby? Are you staying home or are you gonna fly the coop?
B: Well, our country’s pretty big. There’s all sorts of places you can skate so I’d probably stay East Coast bound.

What are you guys working on now? What’s the next project we’re gonna see from you guys?
B: The Krooked video is coming out maybe by the end of this year. I don’t really know too much about it. 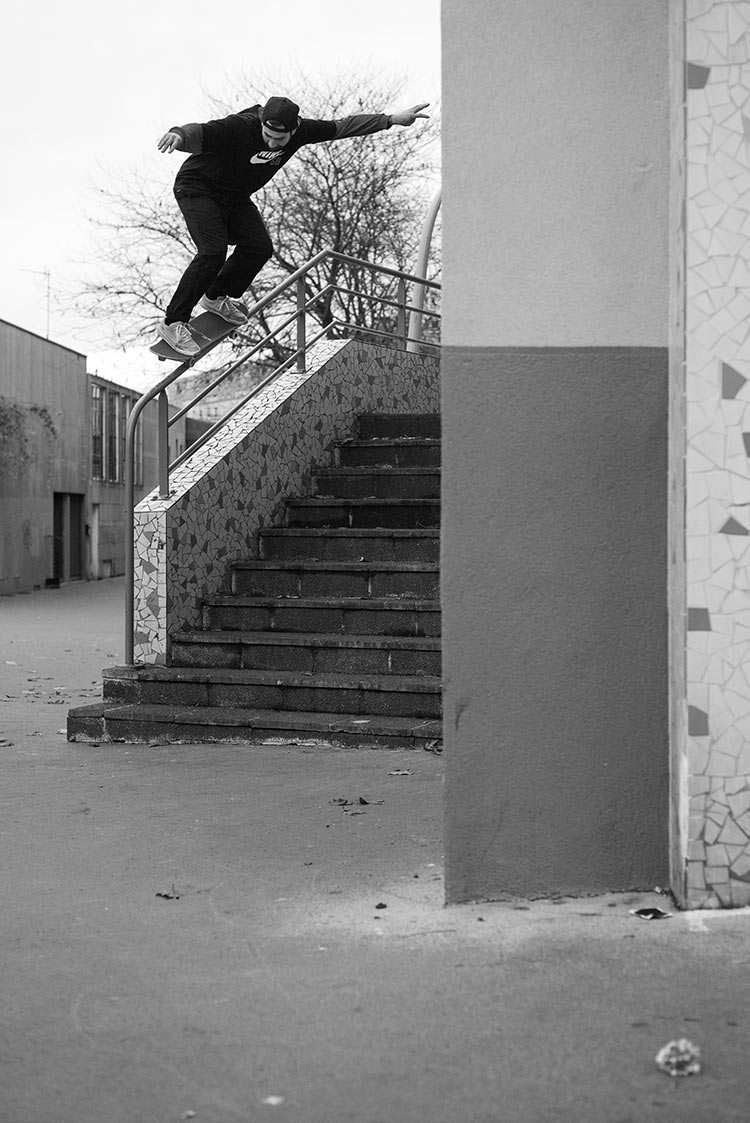 Not a plaza but still raw street, Bobby goes backside on a tall-ass 50-50

Full part?
B: I should, yeah. Finishing it up next week.
H: I’m filming for a Polar promo. I don’t know when it’s gonna come out, though.

You guys got any last words for the children of the Internet?
H: Skate the streets while you can.
B: And rest in peace, our bro Dylan Rieder. 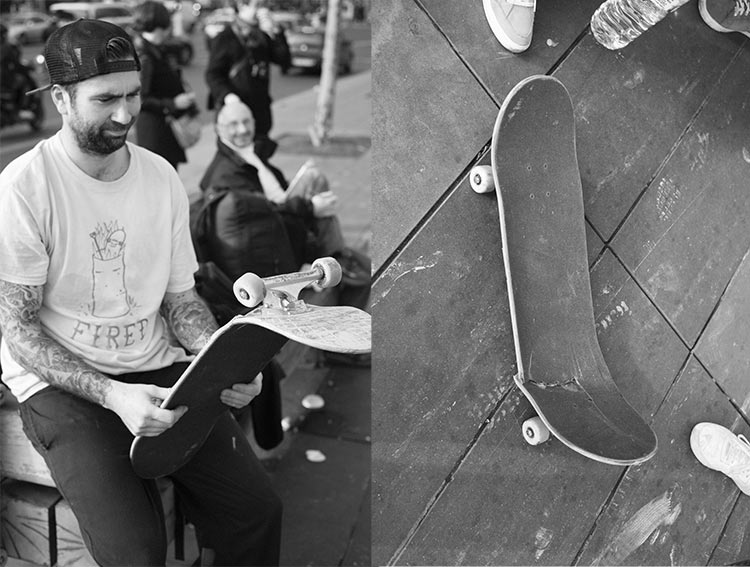 I'm not too sure about this new concave, Jim