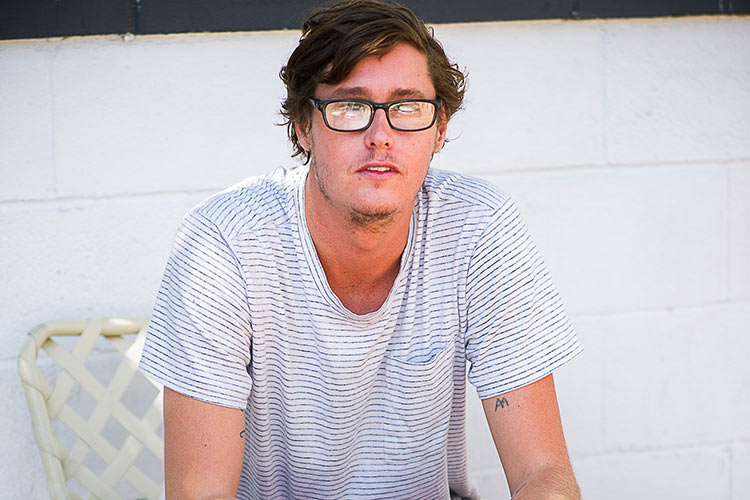 What’s goin’ on, Johan?
Well, just found out that the kid I nanny has been getting every one of my text messages for the last few months to his computer.

Every text message?!
Everything!

You’re telling me everything?
Everything. 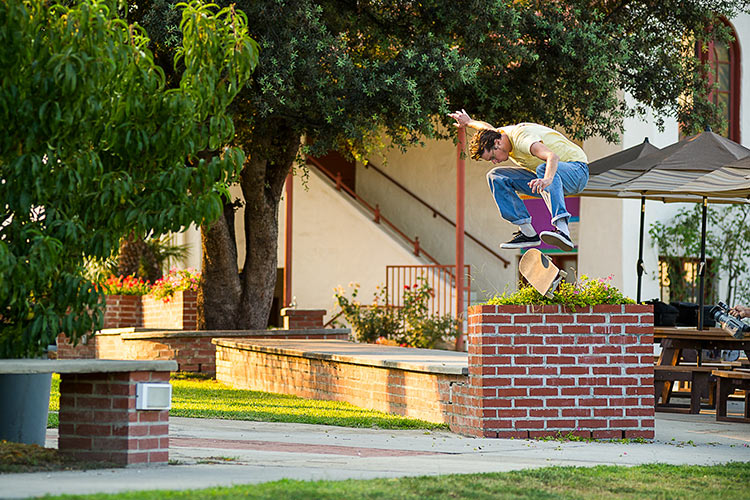 Switch flip over the planter. How many nannies can do that?

How?
‘Cause I have his old phone and it’s linked to his computer via iCloud.

Did he delete them?
Yep, we sat there and deleted them all and then I un-synched my phone. 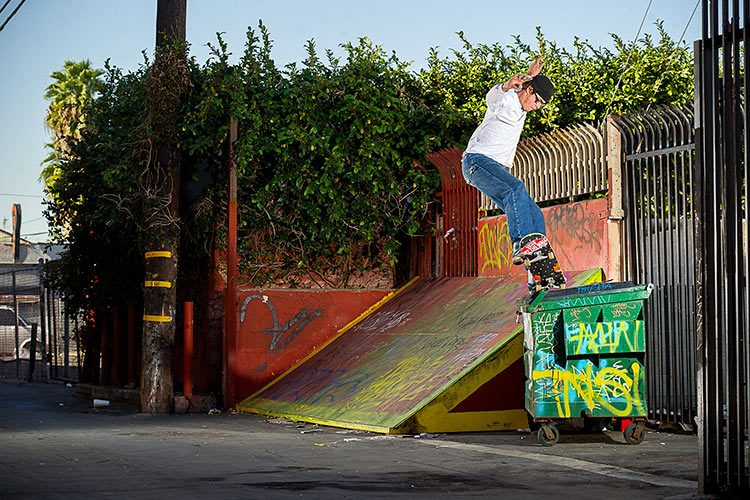 That’s kind of what happened with my phone in the mystery box. Care to explain that one?
Oops. Yeah, I had your old phone and thought it was completely broken and wouldn’t turn on. You asked us to bring random items in to throw in the mystery boxes you were doing for WKND so that was one I brought in. Turns out your phone worked and some lucky kid got to see all you had to offer. Didn’t he send it back to you, though?

Yeah! Thank God it landed in the hands of some angel skater. He DM’d WKND saying, “Hey, uh, thanks for the iPhone in the mystery box, but I feel weird having all of Grant’s stuff on his phone.” I traded him a box for the phone. But I’m sure he got a good look around, or at least I know I would’ve. So what trick in your part took you the longest?
Mostly everything I landed was in 1 or 2 days but a few that we went back for 7-8-9 times. We’ll get there.

How do you know Nick Cave?
Through the family that I work for. He’s the godfather to the kid I nanny. Then I became friends with his son Earl, because he skates and he’s super cool. Anytime he comes to town now he comes skating with us. 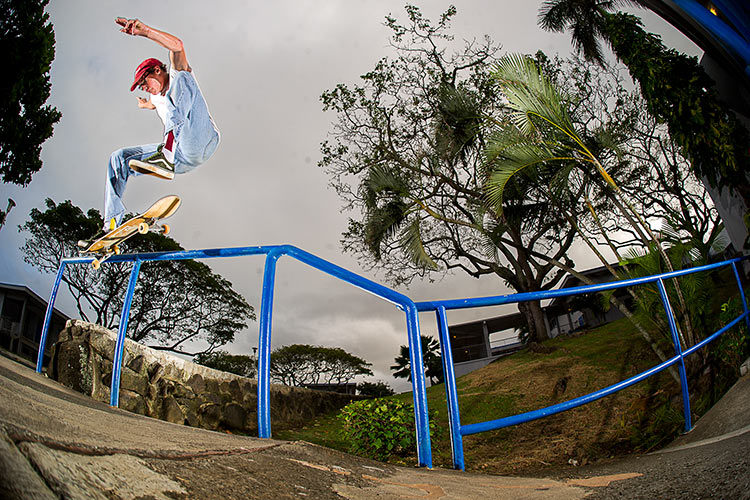 Johan went to Hawaii and all he got was this lousy front shove crooks. Actually, it's not lousy. It's totally bitchin'

How about when you took Earl, who is 15, street skating for the first time?
Yeah, it was basically his first time street skating beyond your local loading dock and we took him out to this spot in a sleepy part of Pasadena. We show up and we’re just rolling around and looking at the spot and then about 6 cop cars roll up out of nowhere. When they pull up on the sidewalk you know they’re serious. They get out, guns drawn, yelling at us to put our hands behind our back. I’m thinking, “Sweet, first time I bring this kid skating he’s going to jail with me and I’m gonna get fired." They were giving him a hard time because he had an out-of-country ID. The cop who took his ID was such an idiot. Seeing a foreign ID had him thrown off. He said, “How do you even pronounce this name? E-air-url?” The other cops just looked at him so disappointed “It’s Earl, like, My Name is Earl.” Turns out someone called on us saying we were trying to break in so when they realized we were just skating they let us go. Not without searching the van, though.

How was it having your parents out in Los Angeles for your roast/pro party?
That was tight. That was the best week ever but it was a little nerve-rracking 'cause I knew the roast was gonna be heavy. I warned them. They said they didn’t care.

Hmm, rail or curb? Fuggit, both! Boardslide to lipslide. Try roasting that

Do you think they cared?
They haven’t talked to me since. Just kidding! Nah, they didn’t give a shit. I don’t think they were shocked at all. I’m an angel compared to my brothers. I don’t think I’ve seen my mom laugh harder and my dad said he’s never been more proud in his whole life.

What’s the story they were telling us about how they met?
They were in the jungle doing missionary work—whatever that means as hippies in the '60s. My dad is white as can be and he was in Peru doing this missionary work and they were crossing a river and my mom got pulled away in the current, so my dad jumped in and saved her. Three months later they got married and been so ever since. Forty years!

Before and after thoughts on the roast? Who cut you the deepest?
Before, I was stressing out. I tried to call it off for, like, a month and you kept calling me a bitch. But then when we did it it was the best night ever. There, I thought Austyn’s hurt the most but I finally re-watched it and now I’m thinking yours was the harshest. 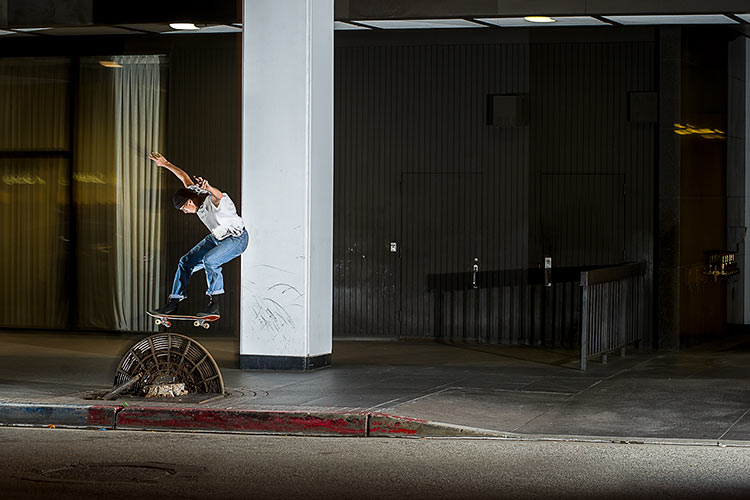 That might just be a mix of me knowing you the longest and my roast being the least funny.
Yeah, watching it over I was, like, “Damn, this guy is laying into me."

Yeah, my bad. What’s a new food for you?
Onions, actually.

Raw or grilled?
Raw. Salads are new. I'm a pro athlete now, man. I gotta take care of this body. 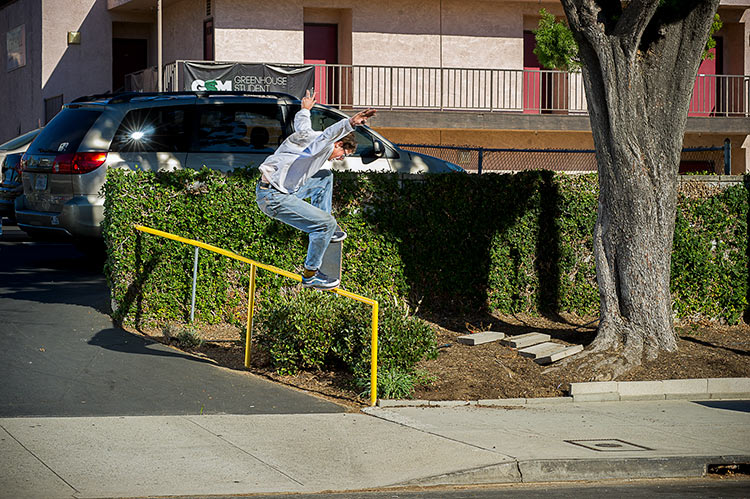 The rail may be yellow but Stuckey ain't! Man-sized frontside nosegrind in Eagle Rock

What’s up with that girl Jackie you met in Hawaii?
She’s this 66-year-old woman we met at a demo and she’s been learning how to skate. She’s the biggest sweetheart ever. We talk, like, every day. We DM back and forth. I should just give her my number, huh?

Yeah, maybe so.
She sent me this long long letter, like, five or six pages, front and back, and today I showed up here at the office to do this and there is a box waiting for me from her.

What made her want to pick up skating at her age?
She said she saw someone skating one day and it looked like they were having fun. She thinks it’s cool and she doesn’t want to surf, even though she lives in Hawaii, because she had a bad experience when she was younger. 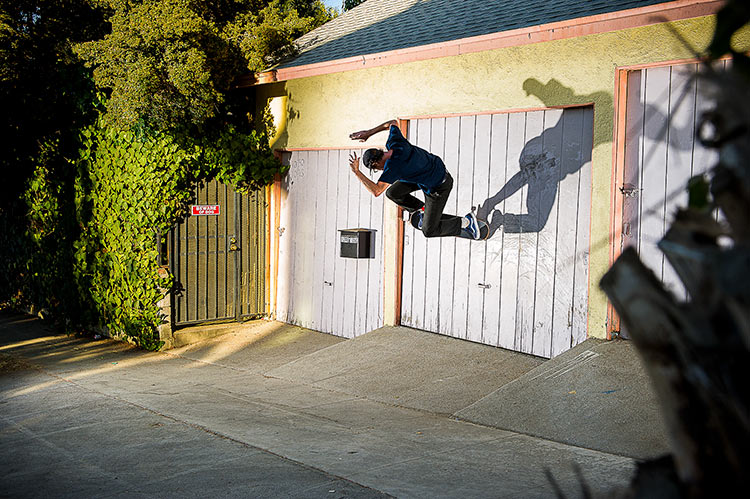 Hands off the wall is the gold standard of wallrides. Johan comes correct. Congrats, Mr. Stuckey!

Can she cruise pretty good?
Yeah, she can roll down this big roll in at the park we were at. She rips!

What’s in the box she just sent you?
I don’t know yet; I haven’t opened it. Let’s go check. 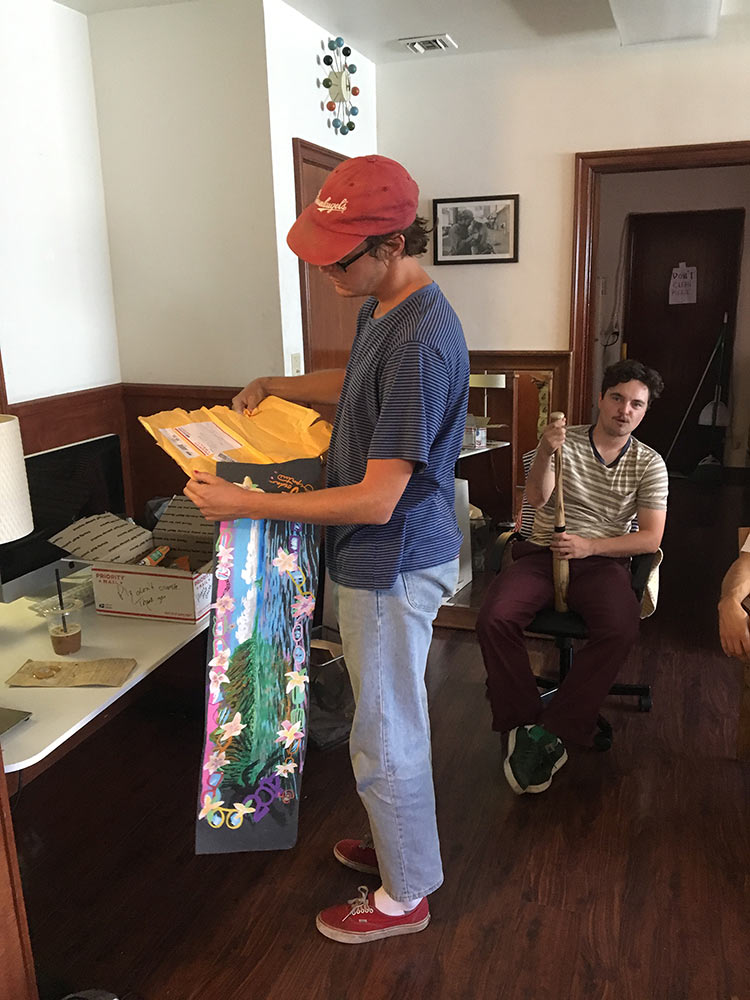