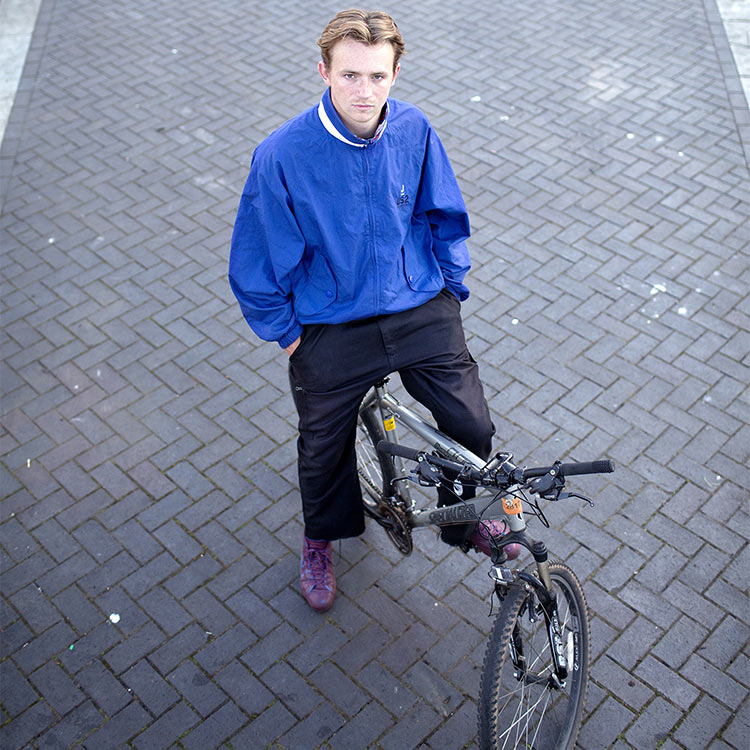 Tell us the basics. Where are you from, first hippie jump, etc.?
I’m from Bristol, England. I love Bristol, but I spend most of my time in London, that’s where most of my friends are now. First hippie jump was over an ironing board when I was really young. We used to skate things we found in the skip on our road. I could only go to Lloyd’s on the weekends.

What are some of the stereotypes associated with Bristol?
It’s slow paced, which I like. Graffiti, free parties, dreadlocks, drum and bass. They’re all true. 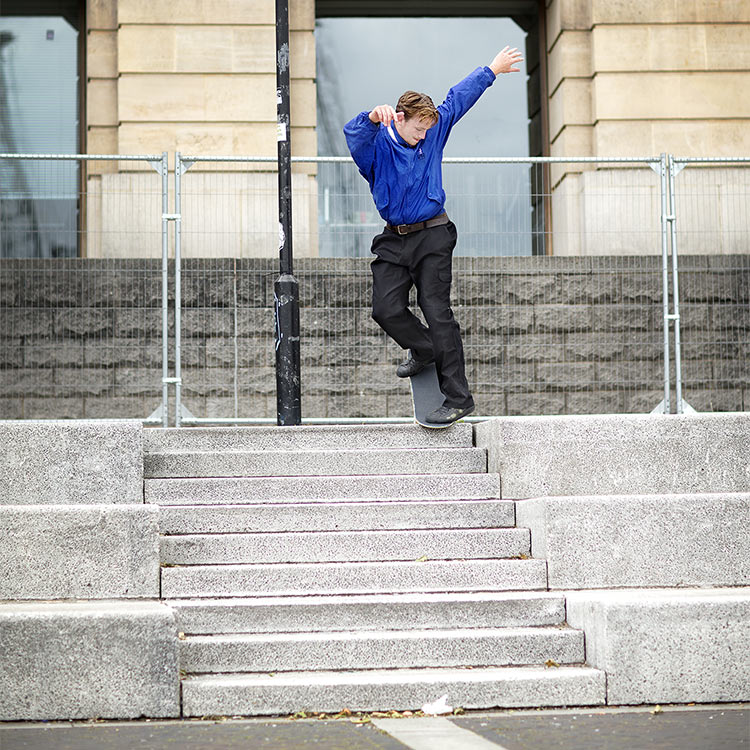 Noseblunt across the staircase

This part was filmed all at one spot, the legendary Lloyd’s amphitheatre in Bristol. It’s such a place full of history. Do you know what year people started skating there?
It’s over 20 years old. You can tell its been skated for decades, the ledges were originally round, but have got a lot worse over the years. There are cracks all over which people have tried to fill in, it’s really hard to skate. All the Bristol scene videos have lots of Lloyds footage in them. It’s easy to spend all day there, which I don’t mind. In the winter the sun reflects off the curved windows heating up where we sit so you can just wear a t-shirt. In one of the cutaway shots in the edit you can see the concentrated bit of light I’m talking about. I learnt to ollie there too.

Which trick in the part gave you the most hell?
I tried to switch back three over a fence off the first step. 4 or 5 sessions later I made one. Then I decided I didn’t want any obstacles that aren’t the steps themselves in the video, I don’t want it to look like The Berrics. I want to try and show how much you can do with a simple spot. I think if you’re bored of your local then you’re not thinking hard enough. I skated a wooded grind-box by myself for 5 years when I moved out into the country and I loved it. 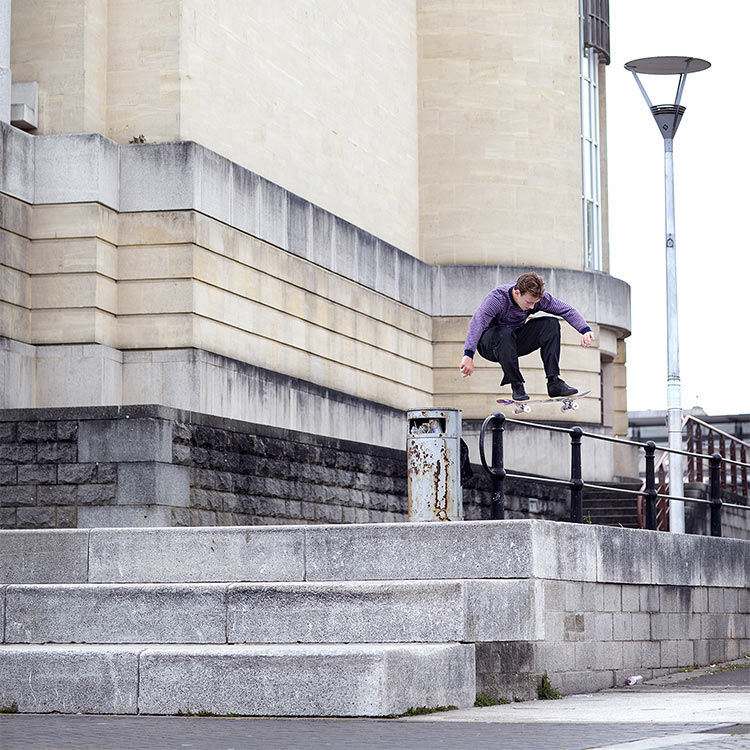 Always taking the route less traveled. Wallie off the trashcan

Has Lloyds always been a non-bust? Or have there been periods when they’ve cracked down on skating?
You never get kicked out, but over the last few years they have put more festivals on throughout the summer. They fence the whole space off. Sometimes you can’t skate for 2 weeks at a time, usually because of some vegan festival. The workers accidentally cracked the steps the other day so its only getting harder to skate. It’s used by everyone though, so fingers crossed that they have no plans to knock it down. Police never come through, it’s so mellow down there.

Any good stories from skating the spot all these years?
Me and my friend Ollie were skating there one morning with no one else around. I’d recently got a new watch, which I was really into. I took it off so to not scratch it and put it under my jacket to keep it safe. Some time passed and we noticed a seagull going for Ollie’s lunch (this happens a lot). He took my jacket and covered his food with it. Next thing you know the seagull has taken my watch and we are chasing it around Lloyds, throwing our boards at it! After a while it landed in the water leaving us standing at the waters edge in disbelief as it dropped my beloved watch into the docks. It’s water resistant up to 30m or something, so its probably still ticking down there. A week later it was Ollie’s birthday. No word of a lie, his parents had coincidentally bought him exactly the same watch. What are the odds? 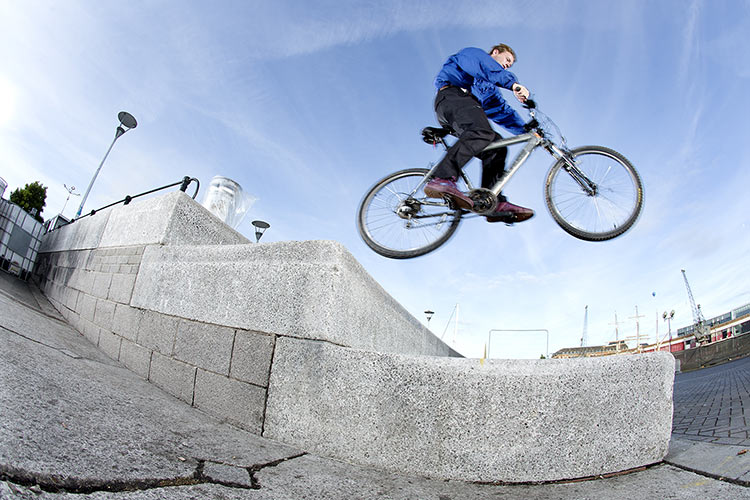 Bunny hop off the three block

What’s the best thing done at Lloyds in your opinion?
Korahn’s switch back three down the three. After I saw that all I wanted to do was learn that trick. I’ve always looked up to him. Ever since I started skating Korahn has been an inspiration, which is one of the reasons I wanted him to have a trick in this clip. People say he’s the King of Lloyds and he always will be in my eyes. He grew up skating there too, so we have quite similar tricks. I think he really showed us what is possible on those ledges. If you’re not fully locked in then you’re going nowhere. He started doing back tails up to switch front crook where you use the roundness of the ledge to help the motion. We then talked about going to switch front 50-50. I guess I owe that trick to him.

You and Rich Smith worked closely on this, what was the process like?
Lloyds is so restricting because of its simplicity. It would have been easy to make this part boring. The challenge was trying to do the opposite. Initially, we only wanted to film a minute, but we just kept going. Rich is very open to filming things that could initially seem like a bad idea, I was trying to triple flip the stair gap at one point for god’s sake. We spent a lot of time just messing around in front of the camera trying all kinds of tricks. I got tired of trying hard tricks at one point, so I started jumping in the water and trying stuff on my bike. Those sessions were so fun. Sometimes we would leave the session disappointed thinking we had nothing useable, but some of those clips turned out to be our favorites. It became hard to tell what was good. For a while it felt like a level on a computer game that we were stuck on. We used the Playstation start up sound effect and the low-res video game looking shots from above in the edit. Massive thanks to Rich for all the time we spent filming this!

How much did uploading that nose jam 450 to your Instagram account change your life? People went apeshit when you did that.
That was pretty crazy. We missed our flight out of Paris and then drank red wine all of the next morning, went to Republique and I just started trying it. Once it was uploaded to Instagram my phone went crazy. I think I had an iPhone 3 at the time and it kept crashing every time I opened Instagram due to all the notifications. I was watching lots of snowboarding and skiing videos around that time. They do this thing called buttering where they spin around by putting pressure on the nose or tail and then jump. Going 450 sort of came from watching them. I’m following loads of ‘new school’ freestyle skiers now. I stopped following skateboarding all together at one point. I watch a lot of skiing, cycling and cliff-jumping now.

You’re part of the Atlantic Drift crew. How did that come about?
I used to bump into Jacob Harris at events and talk shit at three in the morning. We always talked about filming something. Then Sylvain organized this Converse trip to Nicaragua. It was me, Sylvain and Remy with Jacob filming. That’s when we first filmed together. We could only skate for 15 minutes at a time because of the heat, but the trip was pretty special. A few months later, Jacob messaged me asking if I wanted to be part of his new series with the Isle boys and Remy.

Tell us about working with Jacob Harris.
He will occasionally get the 16mm out when you least expect it and shove it in your face. That one shot of Casper in the New York clip where his facial expression changes just before that heavy rock section, I love that shot. Jake knows what he wants to film and I trust his judgment when it comes to trick choice, angles and the rest. He can skate really well too. Chris was trying a line in New York where Jake had to Ollie a five stair every try with the camera. He can do that. Knox and Jake make such a powerful duo, I love watching them film. I feel like I owe a lot to those two. That Vase part really caught people’s attention and without it I doubt Atlantic Drift would exist. Cheers boys! 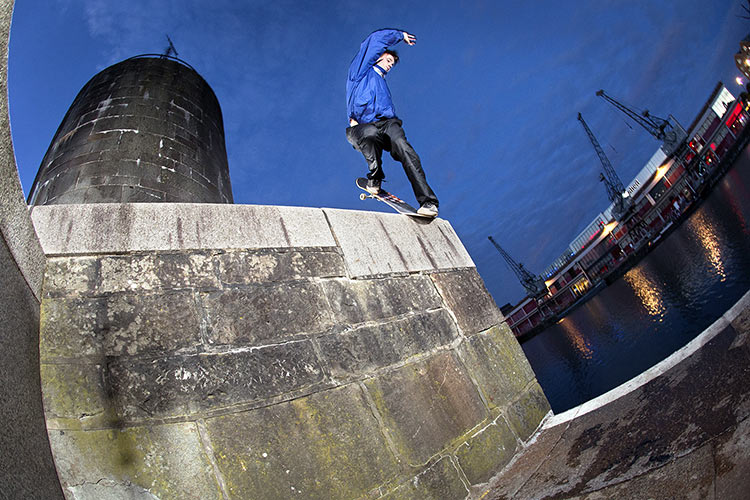 Backside noseblunt before taking a dive

You’ve got quite an interesting approach to skating and a unique bag of tricks. Has this always been the case? I hear you were quite the tech-god back in the day.
For a while all I wanted to do was learn new and more difficult ledge tricks, just for the challenge. My favorite skaters were Rodney Mullen and Daewon Song. Thinking of a trick you have never seen before and then learning it was all I wanted to do. The difference is now I care much more about how it looks. I often have the camera in mind now. 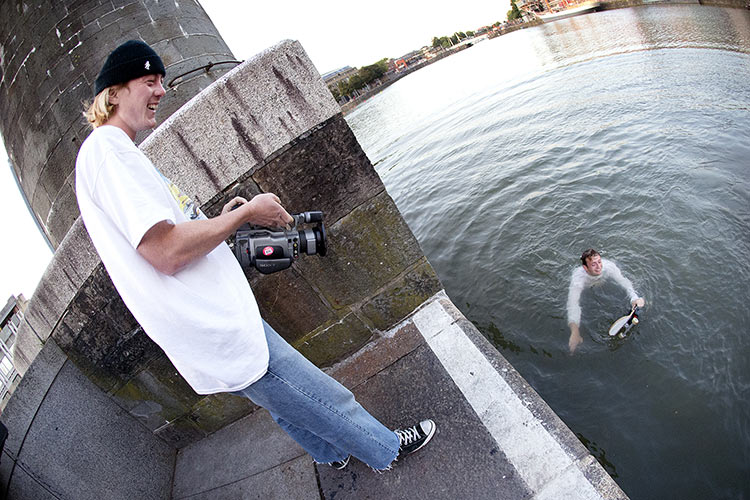 You’ve got a mean wallie/polejam game. What’s the secret to doing them properly?
I used to do high-jump in school, so go to school and practice the high jump! As long as you get over it you’re gonna be fine, and maybe your board will decide to come with you.

What’s next?
I’m getting a place in London soon. I want to keep filming with Jacob and the boys, there are a few more Drifts in the works: another London episode and then SF. I’d like to film another part at some point. I want to do more tricks into water, that shit is so fun. 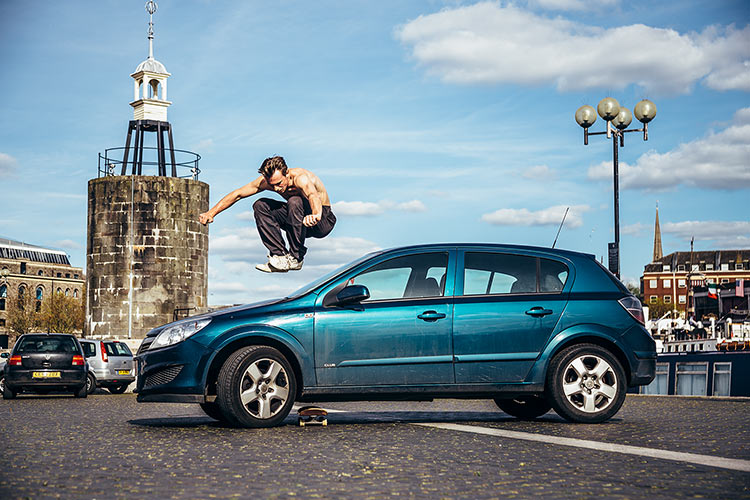