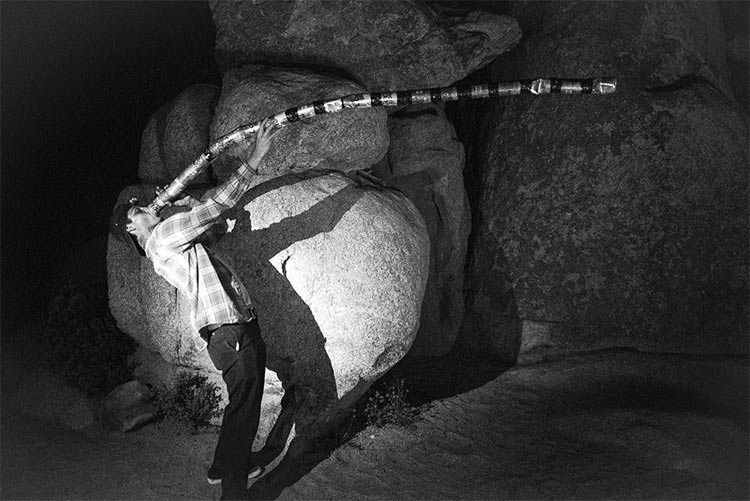 Hailing from the heart of Orange County, Ryan Townley is a hard-working dude that won’t take a break until the job is done. He has an unmatched skill set on a board and has been on a tear throughout southern California filming for Welcome skateboards first full-length video, Fetish.  Interview and photos by Alex Papke

Hey, Ryan, congrats on wrapping up your part in the Welcome video. What have you been up to for the last couple of weeks since wrapping up the part?
I’ve still been spending a lot of time skating. But I just got back from the desert with my family and some friends celebrating New Year. They’ve been going out there since before I was born so it's kind of a family tradition.

What do you guys usually do while you’re out there?
We go out and ride dirt bikes in the sand dunes and light off a bunch of fireworks. My family has a couple of sand rails and my dad drives his Jeep so it’s always pretty cool. We usually get a handful of friends out there and camp for a few nights. It’s a pretty good break from skating most of the time. 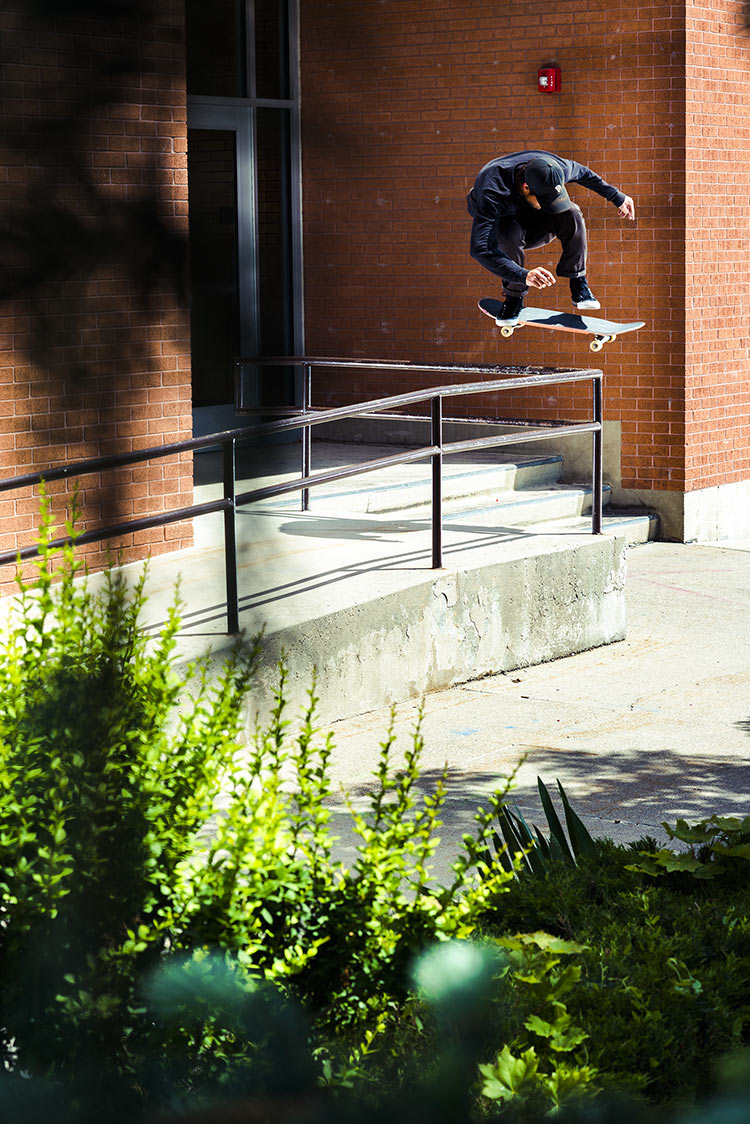 Ryan hopped out of the sand rail and jumped over a metal rail, backside flip

It looks like you are constantly traveling to a lot of cool places around California and Arizona. What’s up with this lake with the crazy high dive that I’m always seeing photos of?
My buddy has a river house in Parker, Arizona, and me and all of the homies go out there during the summer. Outside of his house they have this 30-foot high dive with a rope swing next to it along with water trampolines and whatnot.

You’ve been working on your Welcome part for close to a year and a half now. What was the most stressful trick that you filmed for this?
There was a boardslide in Oceanside that took me a really long time to do. I was skating it for a couple of hours and it was really annoying trying to hold onto the whole thing. Also, the kickflip frontside wallride was something I really wanted to do and went to multiple spots trying to do it. I got broke off trying one in Long Beach and was kinda put off by it. The one I got was when we were on a Welcome trip to Arizona and Utah. After driving six hours to Arizona, the first spot we went to seemed like it might work. After a few hours I was able to roll away. 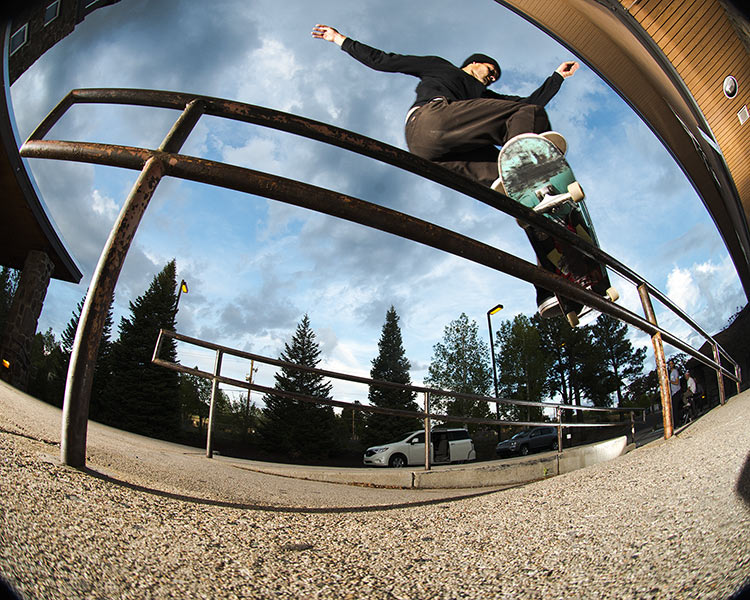 Whose part are you most stoked on to see in the video?
Everyone worked really hard for this one and I’m really excited to see everyone's part. I don’t think I have one solid favorite just because of how different everyones skating is. I’m just stoked to see it all together.

You’re originally from Anaheim, California, and are still living out there. What are some of the pros and cons of living in Orange County? Any plans on relocating?
All of my friends and family still live out here and it’s cool to get to hang out with them all of the time, but at the same time I’ve lived here my whole life and am starting to get a little bit burnt on it. I would like to move to Long Beach because all of my homies that I skate with live out there and it would cut driving times, for sure, But at the same time, I go up to San Francisco a lot and have always loved it up there so that is a possibility as well.

Who are the top-three local dudes that you looked up to from your area when you were getting into skating?
Liberty board shop was my local shop, so Danny Garcia, James Craig and Shon Farren. And even though were around the same age, Austyn Gillette was someone I was really hyped on too. 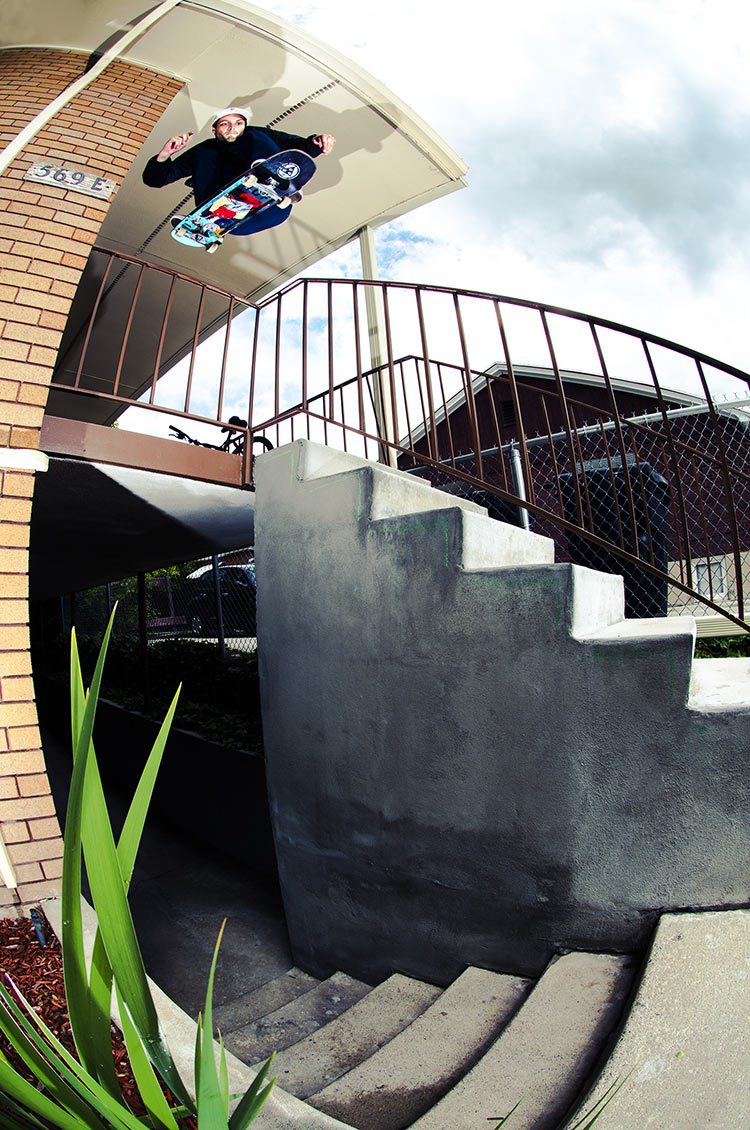 Your dad seems like he’s always been pretty stoked that you chose skateboarding. He used to skate as well, correct?
Yeah, my parents have always been really supportive. My dad used to take me to Vans and skate with me back in the day. Around the time I was 11 he started building me ramps in our driveway that me and my friends would always skate.

Now that you’re done with this part, is there anything that you’re currently working on?
Yeah, I’ve been going up to SF to skate with Ryan Garshell. Jackson Casey from Pyramid Country hit me up to try and film something for their next full length and my homie Darien Brown, who filmed the majority of my Welcome part, is working on a video now that I’ll hopefully be able to get some footage for. 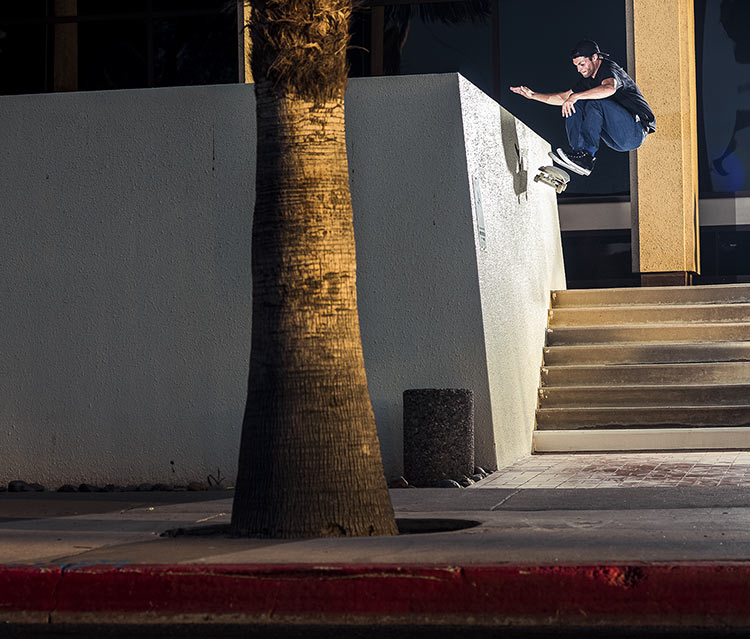 Sometimes all it takes to land the trick is a nice six-hour drive. Kickflip wallride

How did you get hooked up by Welcome? Did you ever send them footage?
No, I never sent them any footage but I started getting hit up because either Jason or Shane at Welcome hit up Andrew at Terrace, the shop I ride for, to start giving me boards. From there I just kept sending them footage and it just took off from there.

Do you think Instagram dictates whether someone is going to get hooked up or not?
I guess in hindsite it might because you can see how that person is or holds themselves and can see if they would be a valuable asset to the team or whatever. It can go both ways. People still film full parts and save stuff for videos but there are some dudes that are going to put everything out through their Instagram. I think it just depends on when you grew up—whether you got into skating from watching full-length videos or simply by seeing it on Instagram and the Internet. 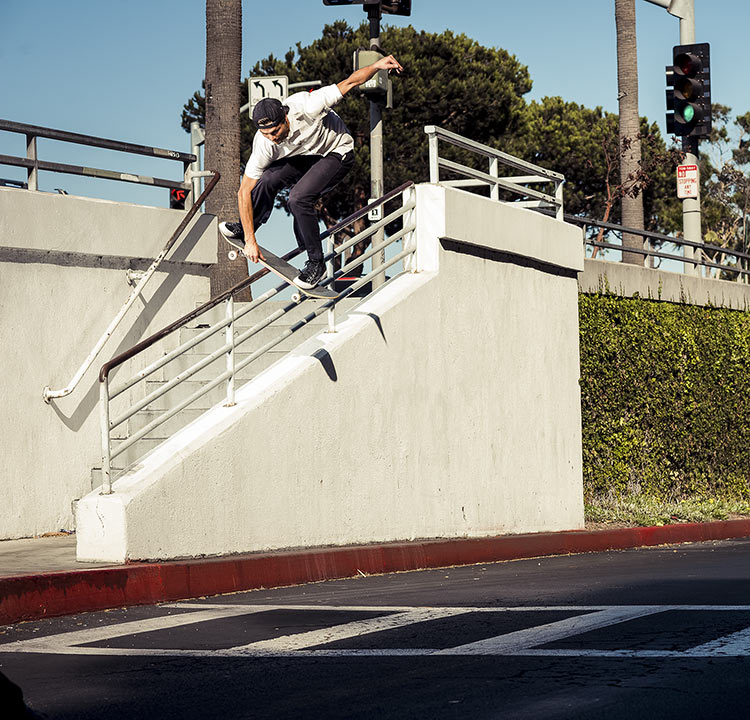 Boardslide yank over. Watch those fingers!

I was told to ask you about the time we drove cross country and made a quick one-night stop in Austin, Texas. Can you shed some light on that?
Well, you were actually there for this one. We were all going cross country on a trip and one of the dudes with us was seeing a stripper or something at the time so her and her friends ended up getting this hotel suite for the weekend that we were told cost a couple grand a night. They said we could crash there and party for the night. Her and her friends ended up having a couple dudes there too that we were kinda clowning on. One thing led to another and we ended up getting woken up at 7am to these security guards throwing us out of the suite. It was a bad hangover and none of us really got any sleep so it made the drive to St. Louis pretty shitty.

What were your thoughts on skating shaped boards before you started getting stuff from Welcome?
It wasn’t that weird. When I first started riding for them they gave me ten different shapes so I could see what I was into and what I wasn’t. It wasn’t like I had never skated a shaped board before I got stuff from Welcome and honestly I think that the shaped boards help for certain tricks a little bit more than your average popsicle. 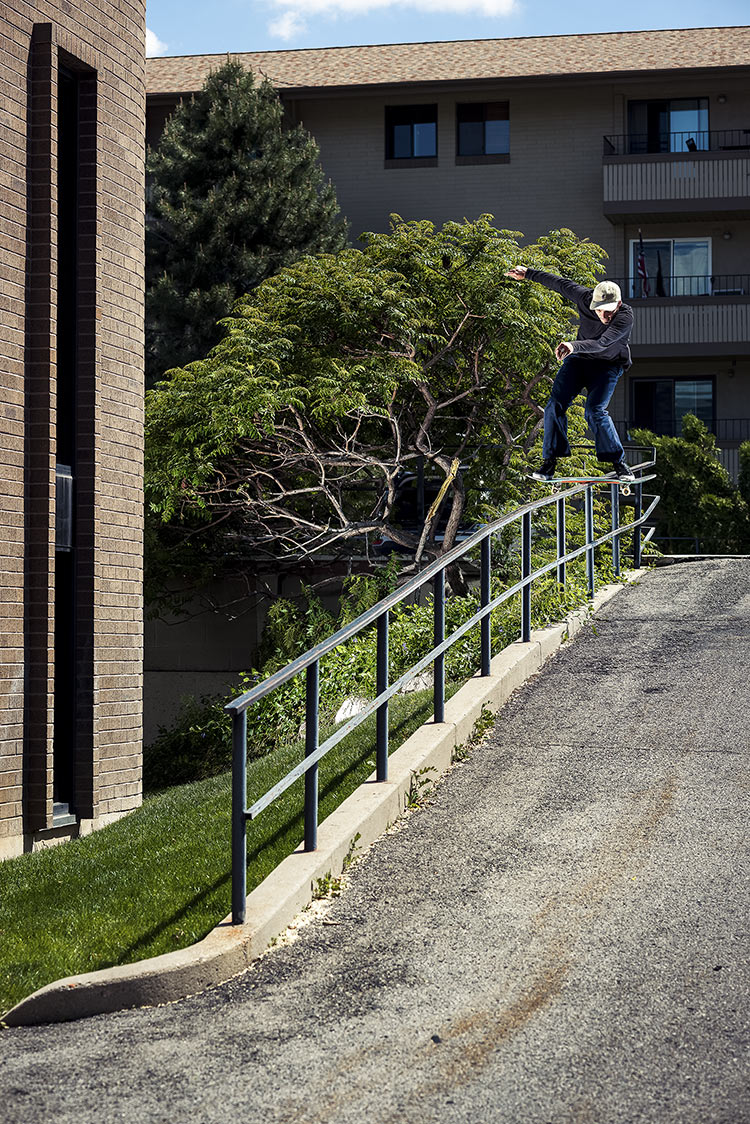 Getting some mileage outta his rails with a lengthy lipslide

You broke your collarbone halfway through filming for this part. How were you spending your time when you weren’t on the board?
I had to get surgery so I was out for a bit, but I’ve always been into drawing and doing things similar to that so it wasn’t all bad. I started doing these paper collages where I would cut out different pages of magazines and books and piece them together to make something that I thought looked cool. Since I’ve been able to skate I haven’t been doing it as much since I’ve been healthy, but I still do them whenever I have free time. 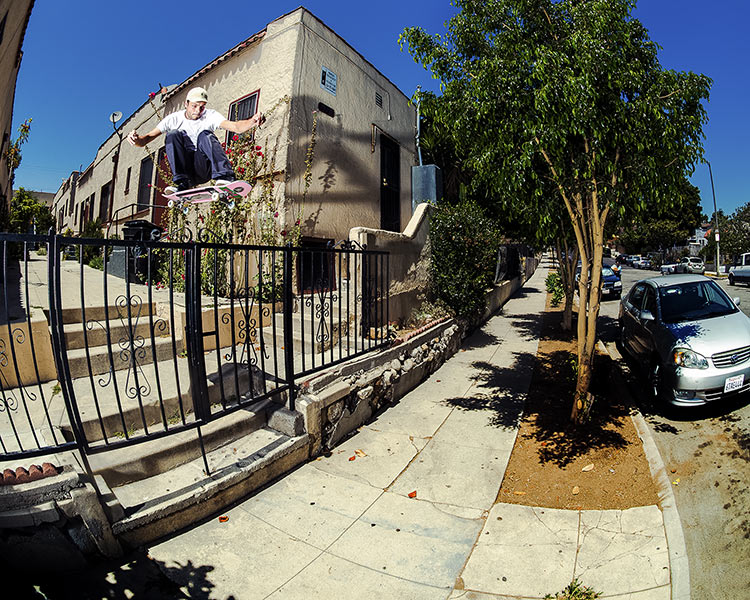 The residents at this apartment complex said, “Hit the road!” so Ryan took this ollie all the way to the street

I saw that you had a couple of things hanging in an art show earlier in 2016. Can you tell me more about that?
Altamont put on a show in Seattle in collaboration with SubPop Records. They had a handful of different artists up and Noel at Sole Tech approached me about putting up a few pieces. Altamont planned a trip around the show and the team went up there for a week or so, skating and filming. It was a really tight trip and they killed it with the show.

You got anything brewing up for 2017?
As of now I just want to skate more, travel as much as possible and spend as much time with friends and family as I can. 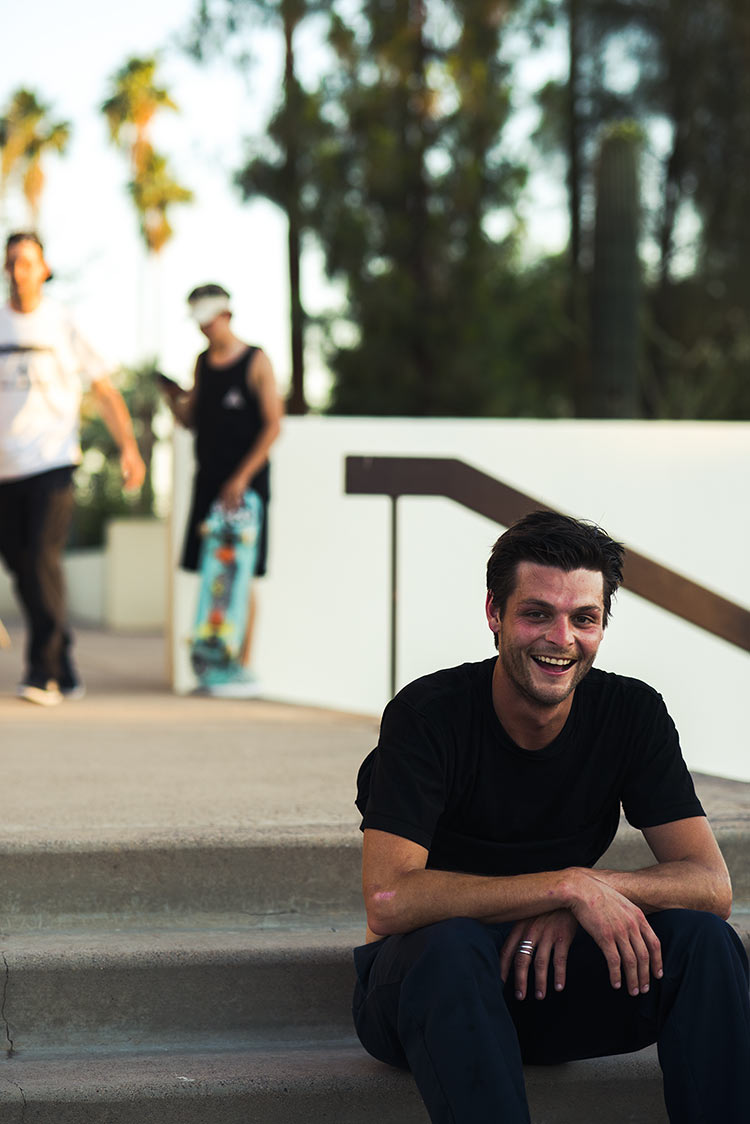 The smile of success