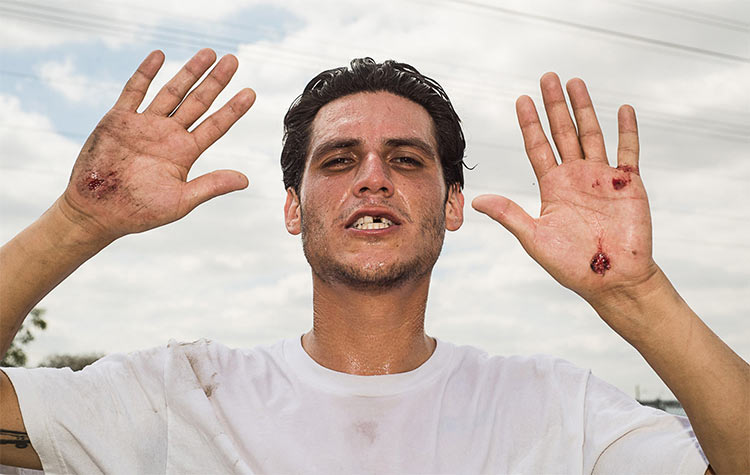 Let’s start with how old you are and where you are from.
I’m 26 and from Lomita, California.

How long were you filming for the video?
It has been a while now. I’d say about a year.

Who made this thing?
Well, Miguel Valle edited the video, but the actual filming of the whole thing was Aaron Brown.

Did you get to help with the editing at all?
Not at all, actually.

So no say on what bird goes where?
Well, I sent him a bunch of super-8 footage that my buddy John filmed to check out and I didn’t know if they were going to use it or not, but it wound up being in there. It was sick. 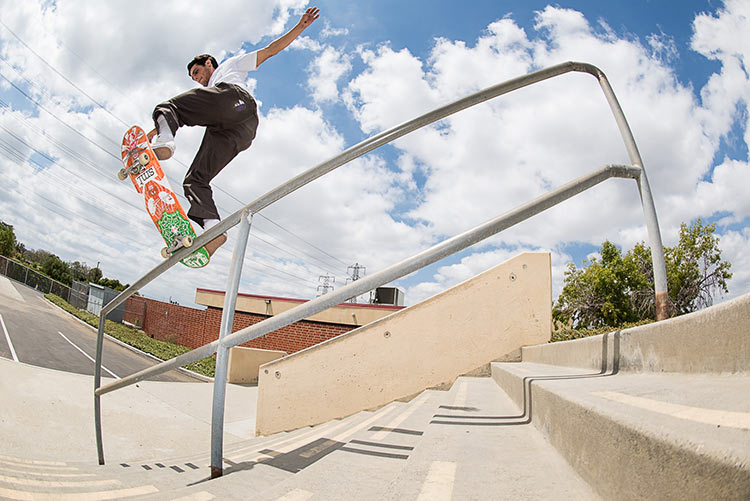 He like his wheels SML and his rails TALL. Noseblunt slide     Photo: Hammeke

So that was sort of a nod to you living in Costa Rica?
Yeah, all of those clips are Costa Rica clips. I wanted to get an actual skate clip in there from Costa Rica, but I haven’t been back in over three years, so the one clip I did have looked a little weird mixed in with the part.

How did you wind up living down there?
Fuck, basically got in some trouble out here and got shipped out to go live with my mom. Had to go finish high school down there.

Did you stay a while?
I was there for a long time, probably about eight or nine years. 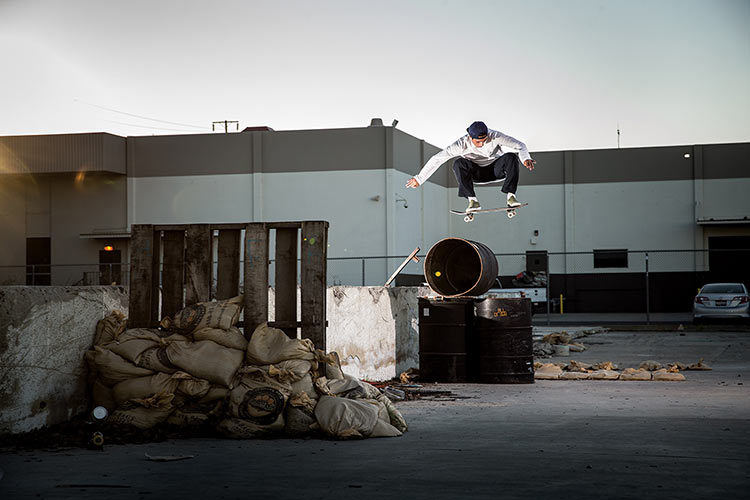 Is that where you started skating?
Well, I didn’t really skate before I went down there, but I wound up bringing my brother’s old board with me. I remember I was all bummed because I couldn’t bring my bike down there since there wasn’t any room, but he hooked it up with his board. So I kind of forced myself to start skating when I got down there. Luckily, there was a really cool skatepark near by.

What is the skate scene in Costa Rica like?
It’s rough, but it is sick. They got some good spots in the cities. A lot of it is pretty rural, though, so some places don’t really have roads and sidewalks. You will still see kids learning to skate flat on dirt. Whatever it takes.

Did you get to go on any trips filming for this part? Where was that hubba you skated?
Yeah, last summer we went to London and Belgium. The 50-50 was in Brussels, Belgium.

Who did you go out there with?
That was sort of a SML wheels trip. We did a wheel with the non-profit called Skate Pal, which is based in London but does a lot of stuff for kids out in Palestine. So we did a little event there, then went and stayed with Youness in Belgium. 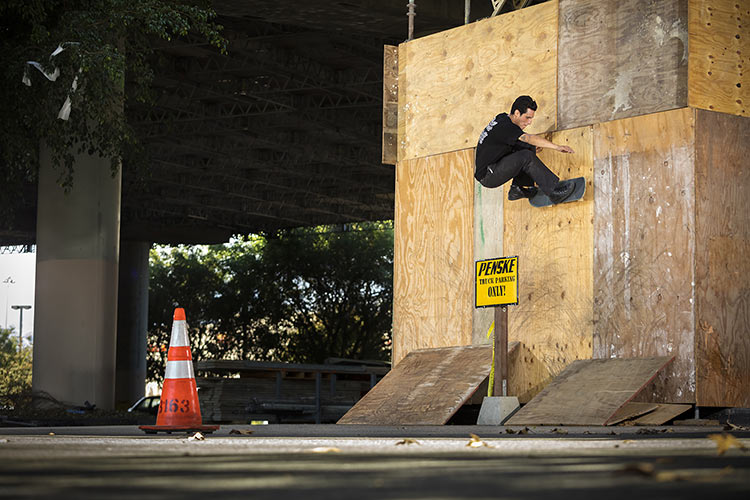 Who is your usual skate crew?
Normally it is Aaron, Youness, and James Craig. That is the usual, but it is always mixed up a bit. I am normally with Aaron, so if he has to film anything with the SML guys or the Globe team, I normally roll with.

Did you ever skate for Liberty?
Yeah, I worked there too. It was the best job I ever had. I skated for them first and then they hooked it up with a job. It was a lot of responsibility at one point. I would have the keys and work shifts open to close. Liberty was the best shop. It’s all family. We still all hang out together, but it was such a bummer when the shop closed.

Is that how you got hooked up with Doomsayers?
Yeah, Omar was getting his stuff printed at VLU, which was a printing warehouse that the Liberty guys had and our buddy Rob White was helping him out a little with the Doomsayers stuff and put in a good word, then I started hanging out with him a bit and it sort of just went from there.

I always thought you were from Orange County just from seeing you at Peak Park and skating for Liberty. How do you get to Buena Park every day if you don’t drive?
Well, I used to live closer to Peak, but I have an awesome girlfriend who lives in Anaheim that stays at my place a lot. So she will drop me off at the park or my work on the way home. If she is not around, my dad or my homies usually have my back on rides. 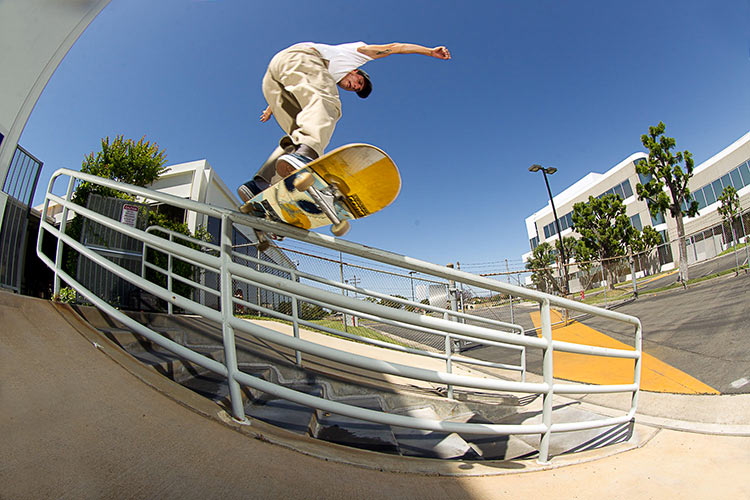 Without Costa Rica, this might have been a peg grind. Feeble     Photo: Karpinski

What makes you keep coming back to Peak? I’m sure there are better parks closer to Lomita.
I’ve tried skating other parks and it is not the same. I grew up skating Peak and all my friends skate there. I don’t know; it's just home.

You were saying earlier you have a problem with saving too many of your boards 'cause you like the graphics too much and would rather save them than skate them. Do you have an all-time favorite Alien graphic?
Yeah, the last box they sent was too good. Luckily, I got two of the Mike Hill sculpture decks. My all-time favorite would probably be the classic Brainwash board with all the aliens standing over the guy. Also the Exalt The New God graphic. They have so many good ones. 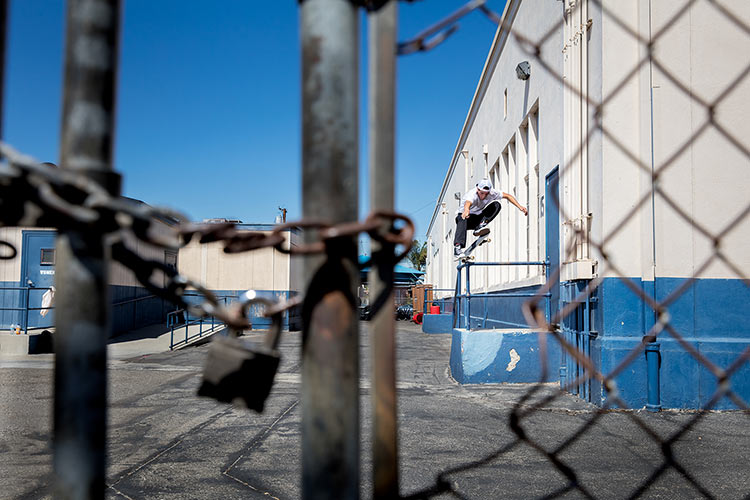 What do you have to say to anyone that is still butt hurt about the old Alien Workshop?
Times change and you just have to keep it moving.

You are back to working at a different skate shop now. How many days a week do you work? Do you make any money off of skateboarding?
Yeah, I am over at Identity now. I work maybe three days a week. It is pretty mellow. If I ever need to go skate they are normally cool with it too. I actually just got my first photo incentive check from Cons, but that was the first time I have ever been paid for skateboarding. I sold a few drawings recently, too, so that has been cool. 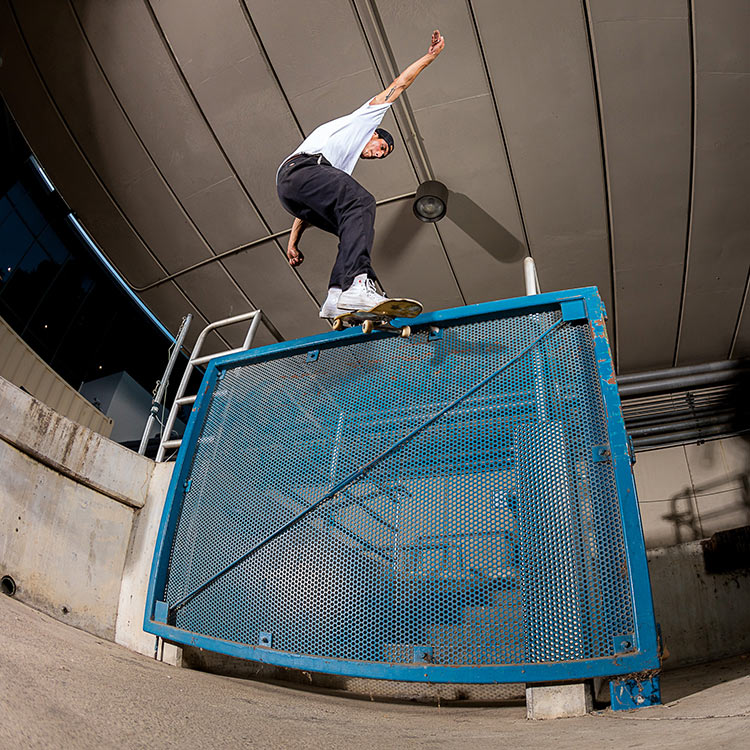 Sammy keeps it moving with a nocturnal Smith. Nobody's butt hurt about that     Photo: Trinh

That’s rad.
Yeah, a local company called DEMA hit me up to make a shirt for them and then Identity is going to use one too. Just trying to save up money to go on more trips.

Where are you off to next?
Actually, going back out to London and Belgium. Aaron and I already got our tickets. We are going to go stay with Youness again. I think we are going to hit Amsterdam this time too.

Any other projects you are working on? What’s next?
I just want to stay filming and keep coming out with parts. Start trying to get more photos and just keep it moving. I got that Europe trip coming up in June, then just take it from there. 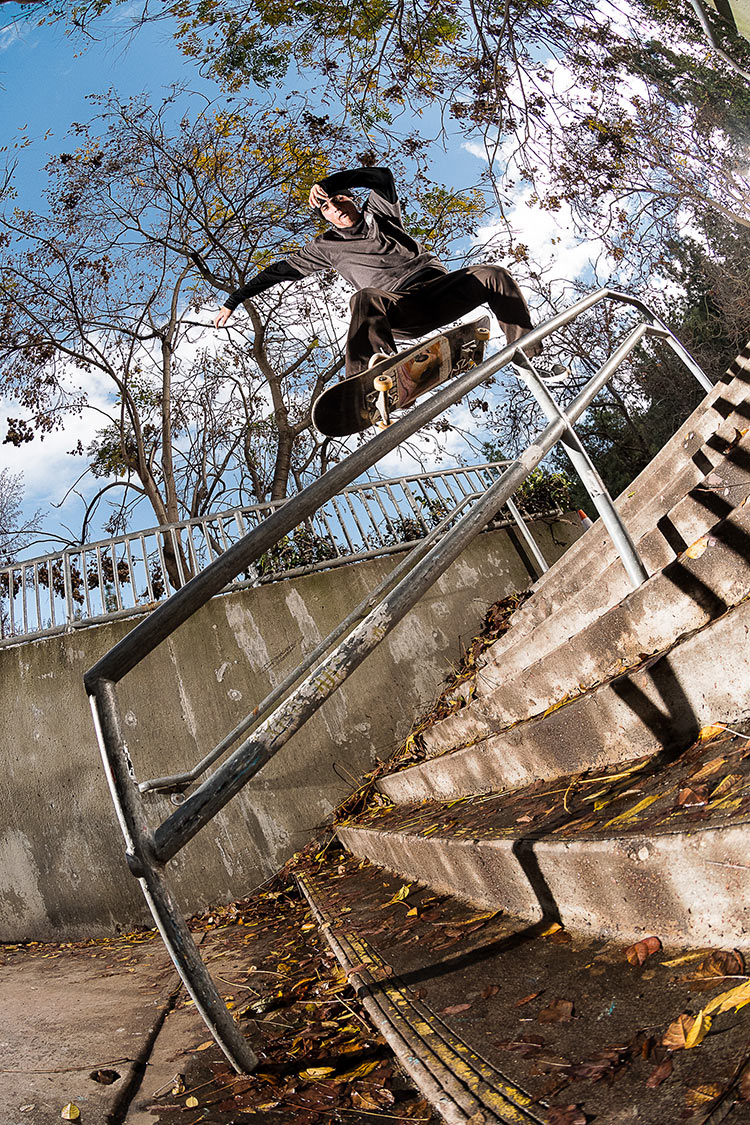 When people complain about no complys, this is not what they're talking about! Switch no comply 50-50     Photo: Hammeke