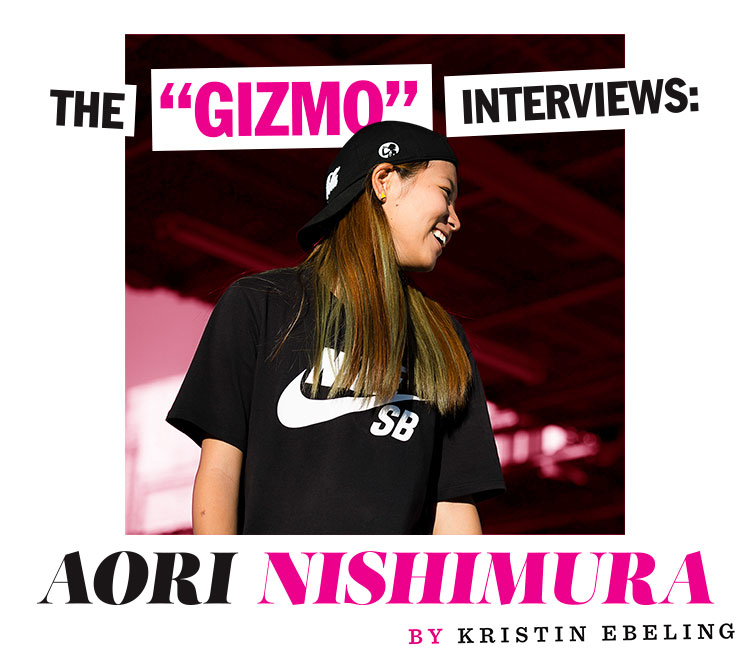 I first saw Aori Nishimura skate on the Girls Skate Network over five years ago. At 11 years old, she was jumping down big rails, rocking SHAKE JUNT grip tape. A few years later, not much has changed except that she’s sliding her iconic lipslides onto the Nine Club, earning herself some serious titles in competitive skating and most recently secured a part in the upcoming GIZMO video alongside some fellow heavy hitters.

Hey, Aori, how’s it going? What are you up to today?
I’m going to go skate all day.

Where did you grow up skating?
Around my house in Tokyo.

What got you into it?
My father used to skate so we had a skateboard at home lying around and I just gave it a try one time and I’ve been skating ever since.

How old were you when you started?
I started skating when I was eight years old and I just couldn’t stop since I enjoyed it so much.

You and Hayley Wilson are still teenagers, but aren’t totally fresh on the scene. You have multiple contest wins and you’ve filmed full video parts. Are you still in high school? How’s it been to balance school and a skate career?
I am still in high school but I’m in a program where I do most of my work online and only attend school two days out of the week in the morning so I’m able to skate every day in the afternoon.

When did you start street skating and filming? Was it Yuri Murai who pushed you to street skate?
I don’t really remember it but I think it was the influence from my father since he enjoyed filming street and stuff. 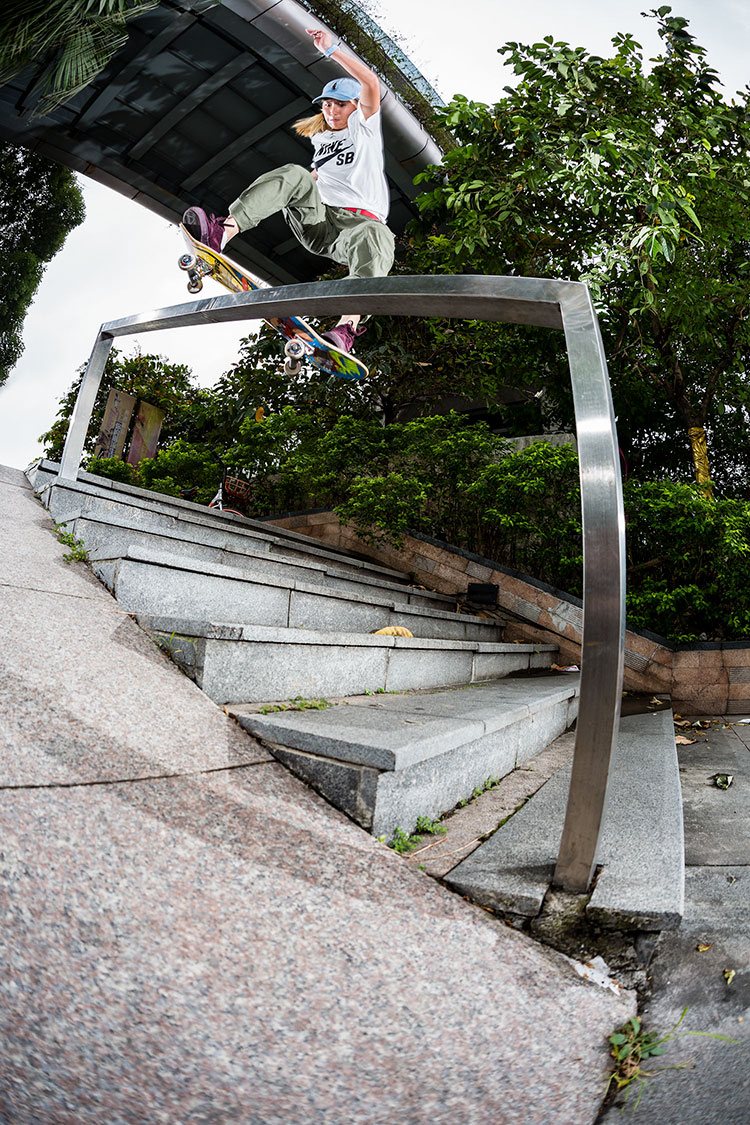 Aori has a penchant for rails and a sister who rips. Kamikaze lip on the China mission

I remember seeing your part in Joy and Sorrow and being blown away with the big rails you and your sister skated. How was it growing up having a sister to skate with?
My sister is a great rival and a great skate partner. We’re not afraid to be honest with each other.

What cities did you visit to film your part of this Nike women’s project?
We filmed at a lot of different locations.

What city did you like the most?
I enjoyed going to all the places so there isn’t one in particular that was my favorite.

Did you get to film with anyone locally or did you mostly film on trips?
I’d say it was a little bit of both.

What’s the strangest part of American culture from your perspective?
A huge culture shock for me was that people in the States are very open-minded about skateboarding. People are hyped to watch you street skate in the US, but in Japan, it’s the exact opposite.

I know you tore your ACL back in 2017. How has coming back from that knee injury been for you?
It was a lot tougher than I thought it would be. It was very tiring and boring.

What’s it like going out street skating with the Nike women’s team, including legends like Lacey and Elissa?
It was a great experience for me and it was very inspiring.

What’s the group culture like?
Everyone was having a great time. 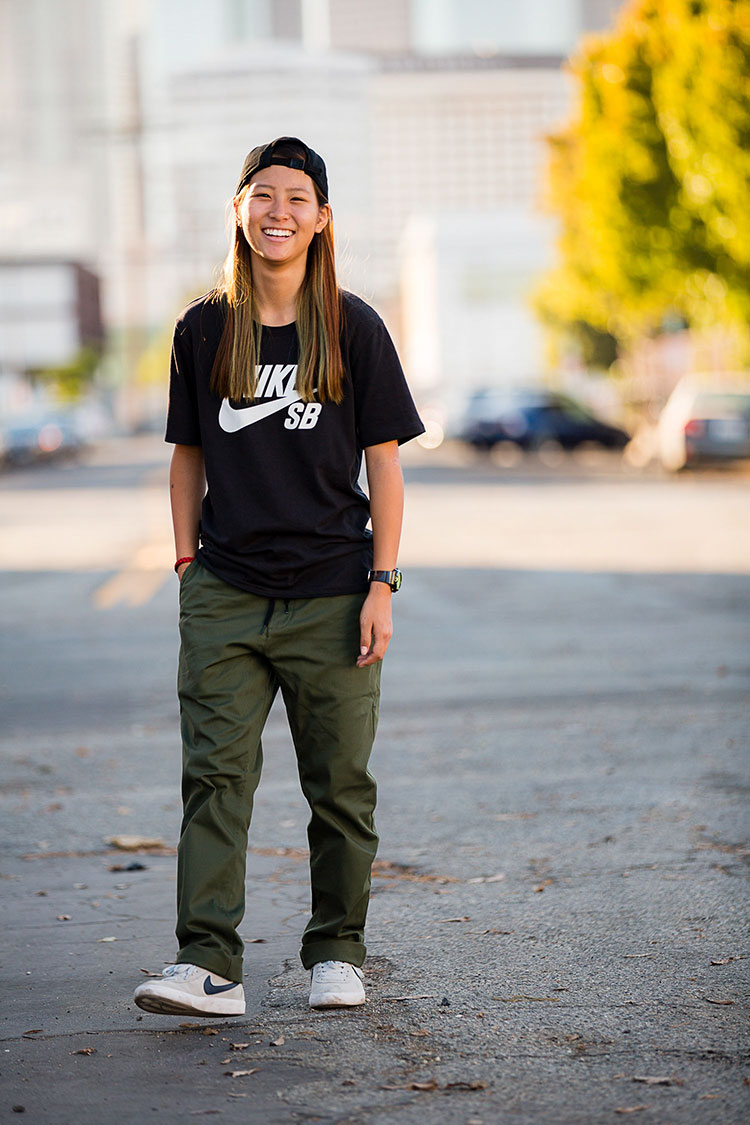 Are you excited to go to the Olympics? What does that mean for you?
If I make it on the team, I am looking forward to competing at the Olympics. There will be a lot of people watching it so I want the world to see how exciting and great skateboarding is.

What do you think the Olympics will do for Japan?
I don’t think it will have a big influence but I think it will raise awareness in Japan.

What impact would you hope this video has for women internationally?
I want the women in the world to know that if you work hard enough, there’s nothing you can’t do.