Levis launched their new Spring '15 collection with a lookbook shot by Gabe Morford. 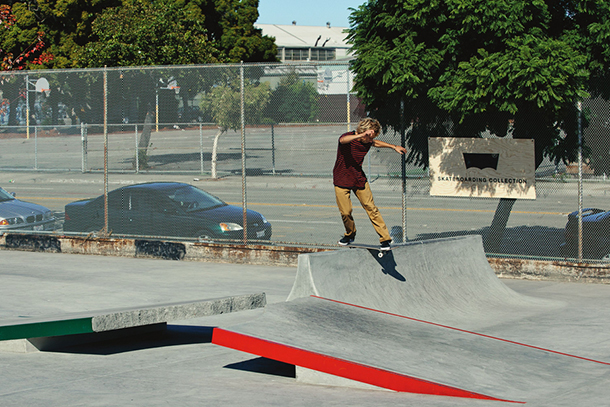 Each season the Levi’s® Skateboarding design team picks an inspirational theme to help inform and inspire the collection. For Spring 2015, the team was inspired by the story of the Half Way To Hell Club. This was a group of workers who helped construct the Golden Gate Bridge in 1936 and 1937. If you fell from the bridge it was said, “He’s gone to Hell!” A net was strung under the bridge to save anyone who did fall. 19 men fell and were caught by the net. These men formed the Half Way to Hell Club and it’s their story and the era that they lived in that inspired each individual piece that makes up the Spring ’15 Levi’s® Skateboarding Collection.

We invite you to view the full collection in our Look Book, shot by Gabe Morford in San Francisco’s neighboring Oakland, where Levi’s® funded the effort to build West Oakland’s Town Park. The lookbook features the entire collection being worn and tested by Al Partanen, Josh Matthews, Marius Sylvanen, Pat Moran and additional members of the West Oakland community.