ALTHOUGH WE LIKE to claim we’re all in the same gang, the individual crews of skateboarders have never been so decisively tribal and every niche has their own unique snowflake-like characteristics. We’ve taken some of the grueling guesswork out and are giving you that life hack you need to streamline your stereotypes into concise and clear acronyms. Read on!
Words and illustrations by John McGuire

Crazy, Handrail, Out of control Maniac Piling into the Emergency Room
Possibly the smallest skate demographic due to the dangerous nature of their chosen terrain. Often gets sidelined for months due to injuries. Spends days on the couch trolling eBay for distressed vintage Sabbath shirts. Wears the same clothes for months. Extensive use of the performance-enhancing drug called P.O.T.

Favorite Videos: Baker 2G, Thrill of It All, Jump Off A Building 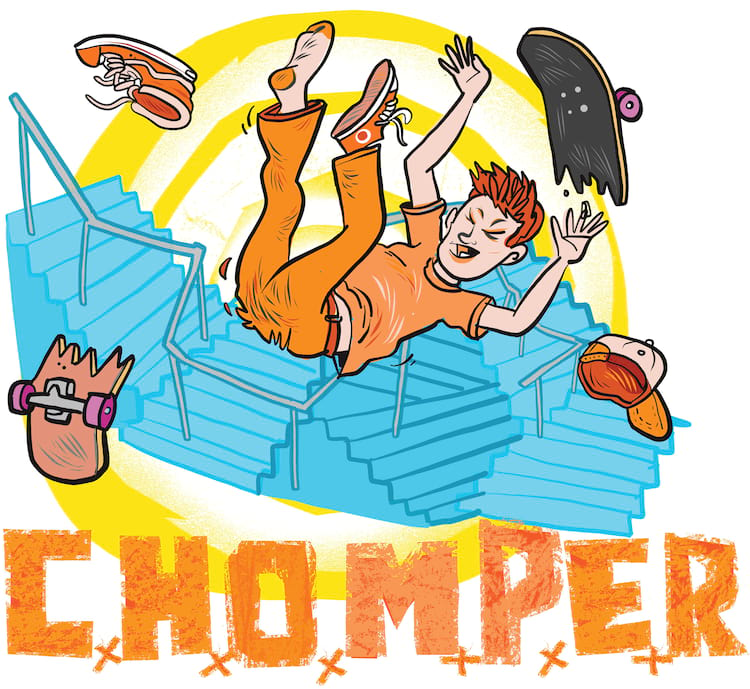 Downhill Renegades in Fucking TrafficThese San Francisco transplants have a need for speed and a downhill death wish. No hill is too steep and traffic is an afterthought. The GX1000 Roll Up video changed the game, leaving viewers on the edge of their seats with secondhand anxiety. Bombs away! 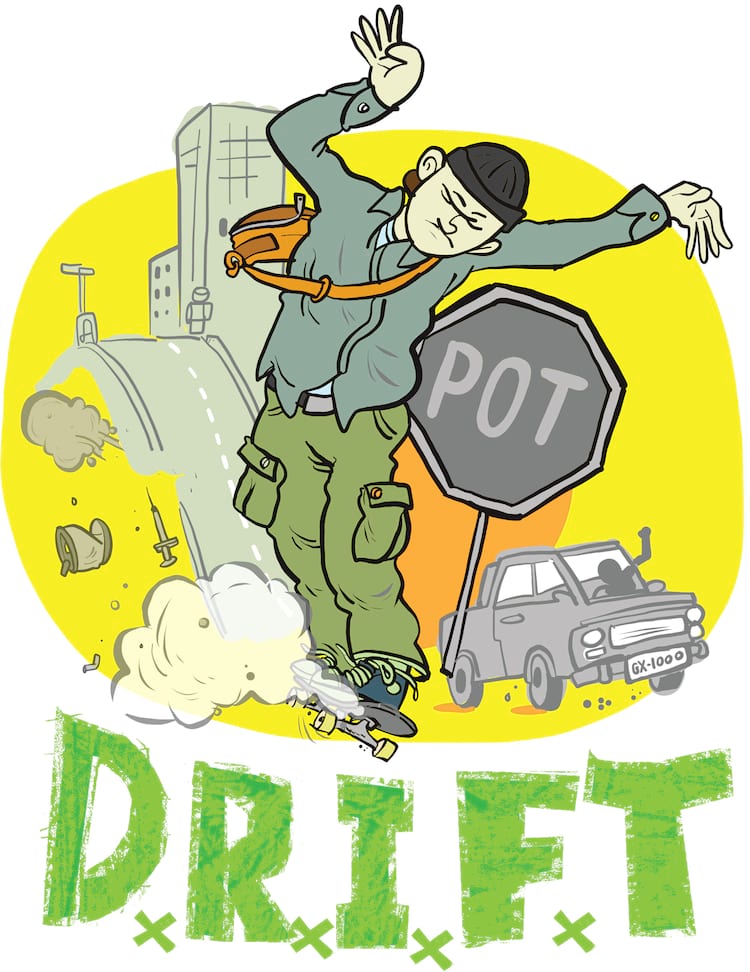 Curbs, Ramps, Alcohol, Banks and Slappies
The over-40 club. Quit skating for 10-to-15 years, came back guns blazing for the neo-post-punk curb resurgence. Loves shaped boards and red curbs. 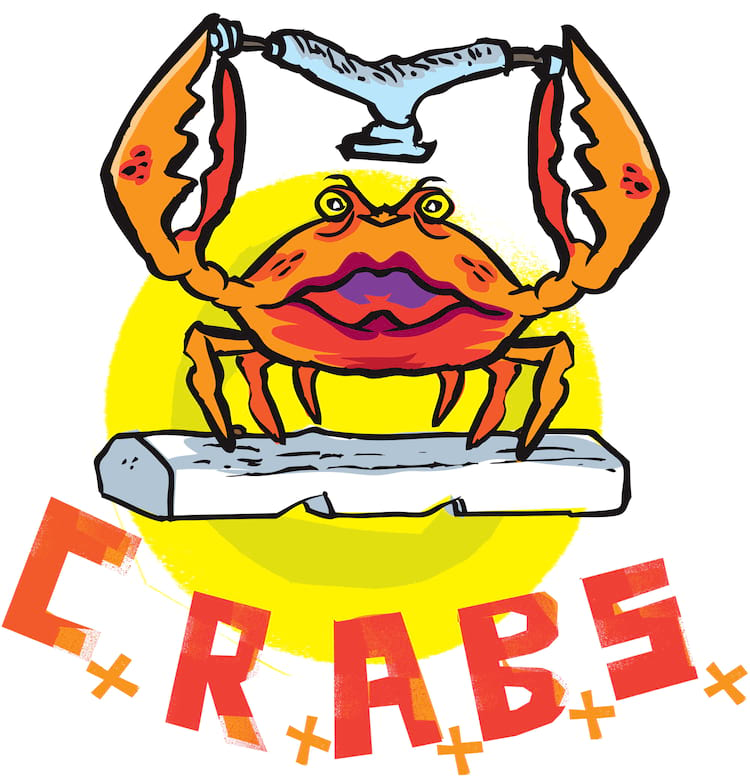 Concrete, Renegade, Urchin Sculpting, TransitionsThese Pacific Northwest nomadic tradesman spend their free time building amazing D.I.Y domains for you to hone your skills at (or complain about the lack of ledges). They tend to exist solely on an Olympia/on-site BBQ diet. Lack of personal hygiene is their business card/badge of authenticity. 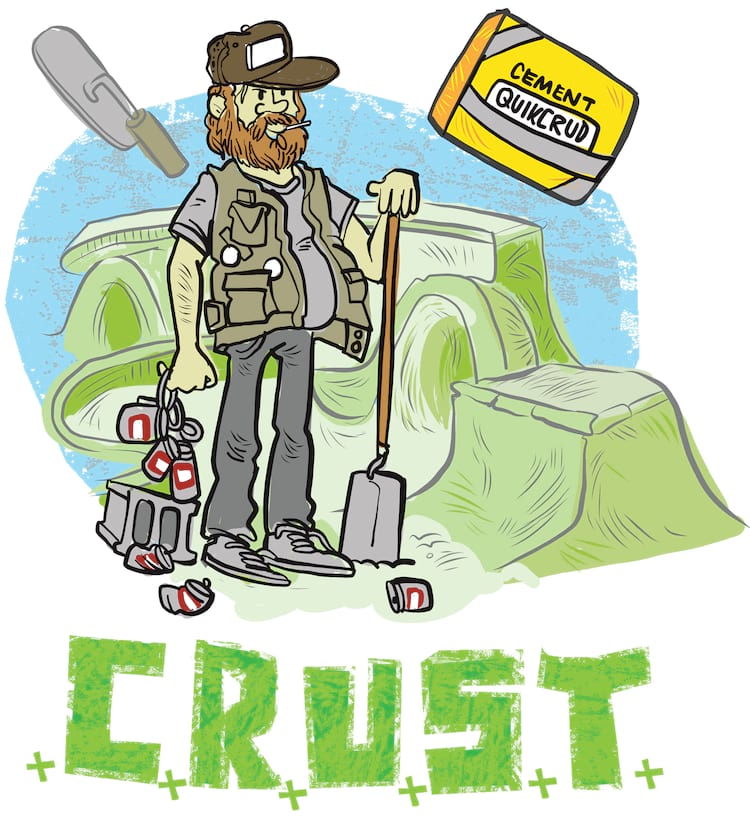 Fat Old Skatepark Slasher Includes LapperSimilar to C.R.A.B.S. but with a lot less skill and much more safety equipment. With unlimited PayPal purchasing powers, this group spends countless hours online, attempting to rebuild every Christmas complete they received from ’83-’88. You can tell when you’re in their presence because every sentence starts with, “Back in the day…”

Gear and Equipment: Powell Peralta/Santa Cruz re-issues, Tracker, Bones, 187 Killer Pads (full set), every plastic accessory you can screw onto a board 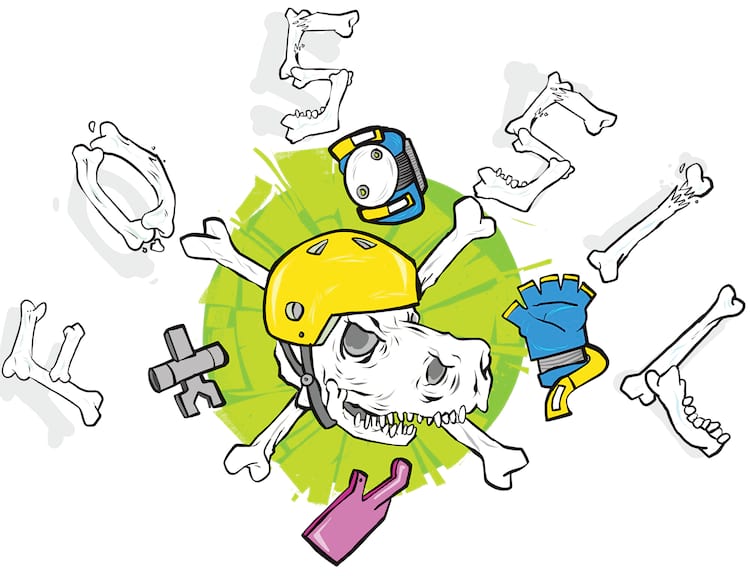 Keyboard, On-line, Off-board KookThese keyboard-cowboy conspiracy theorists spend hours (sometimes days!) talking shit about an industry in which they’ve never worked. They run their mouths off, hunched over their laptops primate-style, arguing with people they’ll never meet face to face (hopefully). Their devious, diabolical activities are hidden behind the digital shroud of anonymity known as the S.L.A.P. message boards. 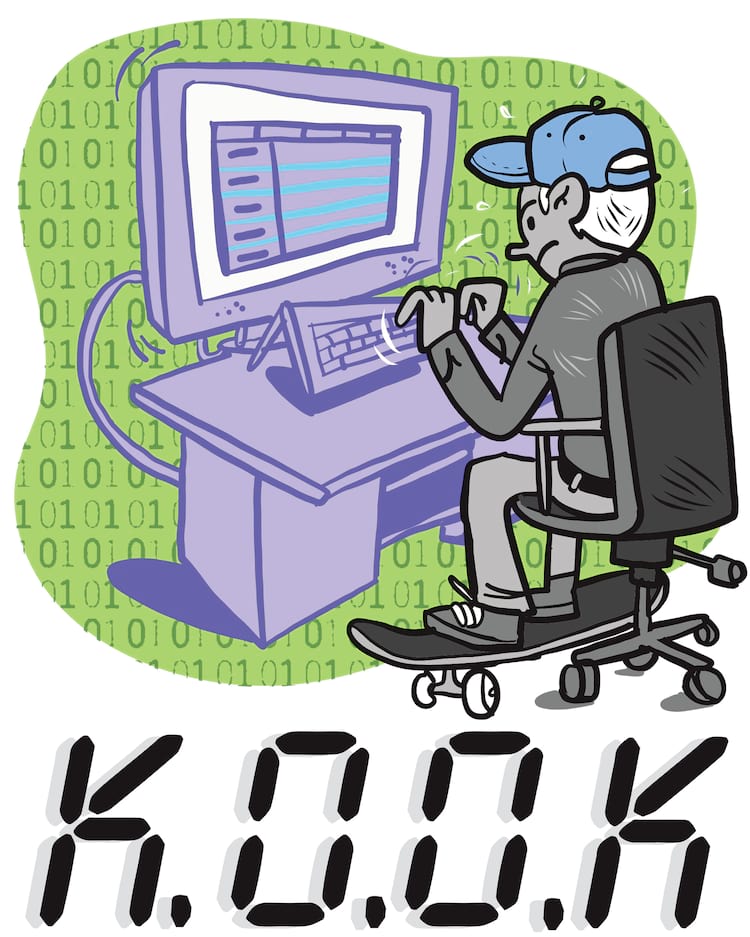 Trap music, Reverts, Emojis, No complies and Dad hatsThis is the new frontier of Instagram super trendsetters bringing body varials, effortless shove its and step-offs to the front page of your search feed. With a passion for fashion and SoundCloud mumble rap, these guys and gals are making power moves one #LITAF fire emoji at a time. 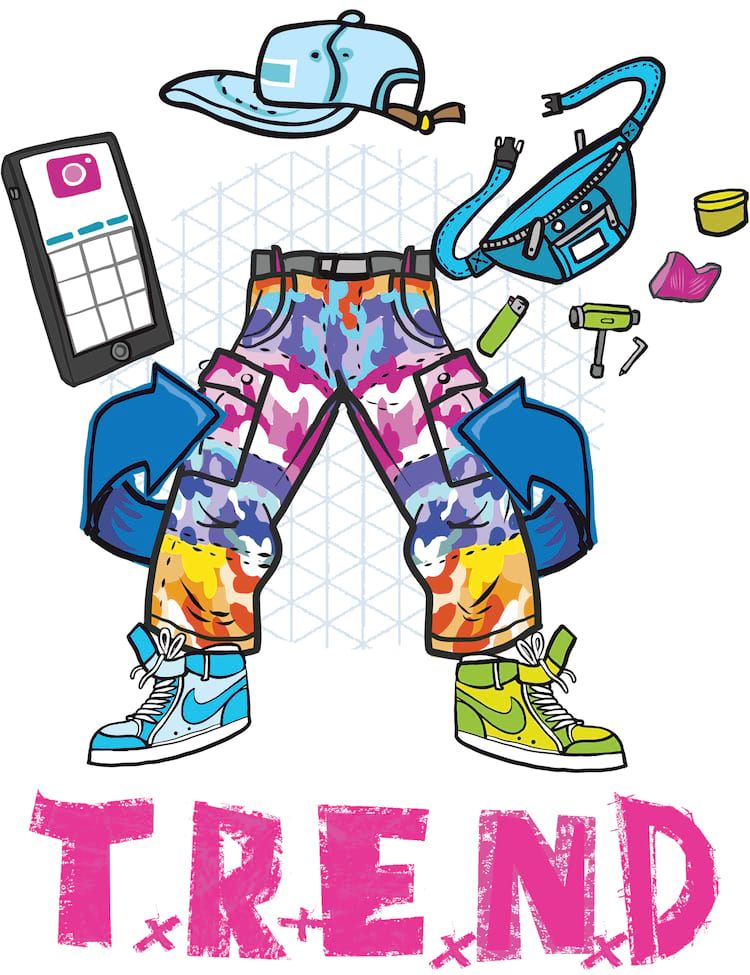 Flatground, Ledges and Games of S.K.A.T.E.This under-30 crowd was raised on the free skatepark boom of the early 2000s. Spends more time on their phones than on their boards, watching archived Berrics battles and PJ Ladd’s Wonderful, Horrible Life part over and over. Holding out for the Instagram glory of a @metroskateboarding repost or a Gary Rogers’ diss on Skateline NBD. 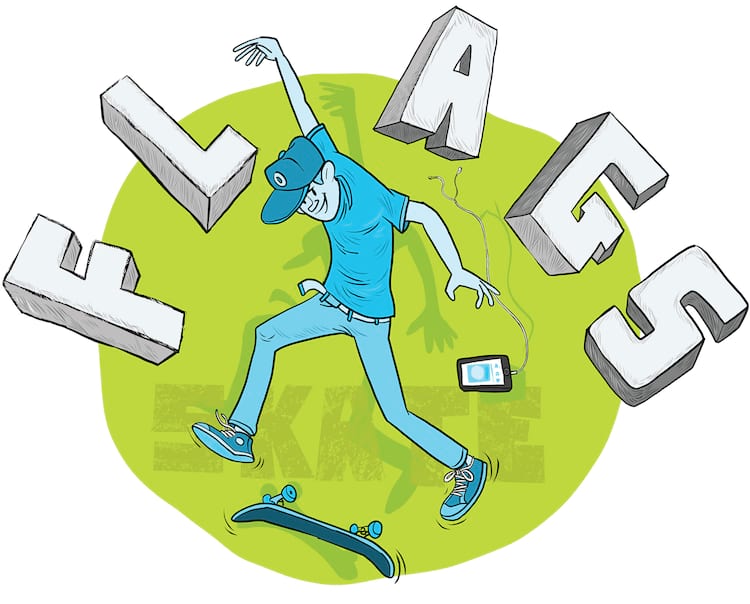 Wallrides, Alien Conspiracies, Cellar doorsAnother under-30 demographic—recent N.Y.C. transplants on an endless quest for that “new” crusty cellar-door spot. Works at a vegan restaurant at night and runs a fledgling vintage Etsy shop as a side hustle. Crashes at his model girlfriend’s loft where he takes advantage of the free WiFi to research the truth about Area 51, flat Earth and the hollow moon. 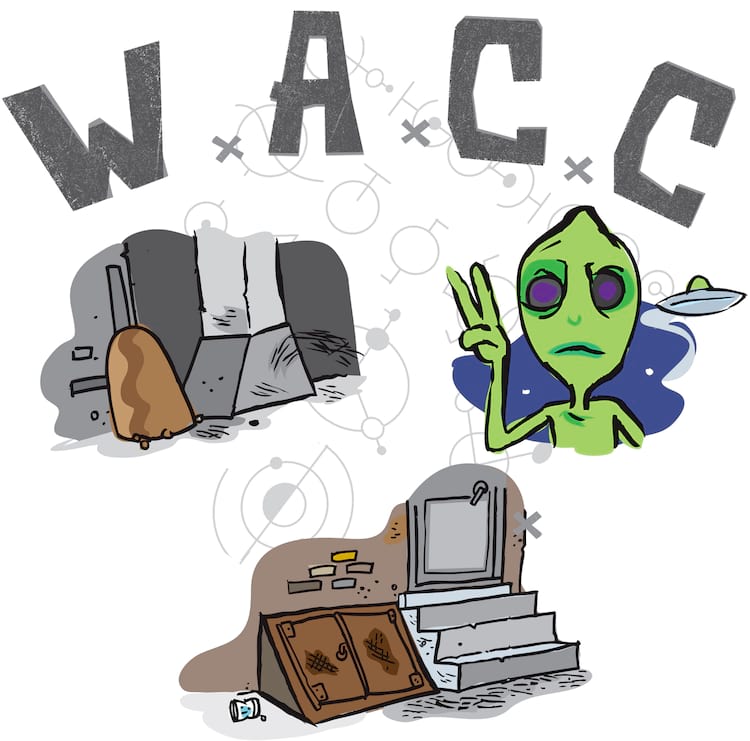