What are the challenges of making a video almost exclusively on the East Coast?
Filming on the East Coast is very challenging in many ways. We only have seven or eight months of warm weather a year. The spots are very rough and it is very rare to find a perfect spot. If there is a perfect spot, there’s probably a security guard, or it will be skatestopped in a matter of weeks. 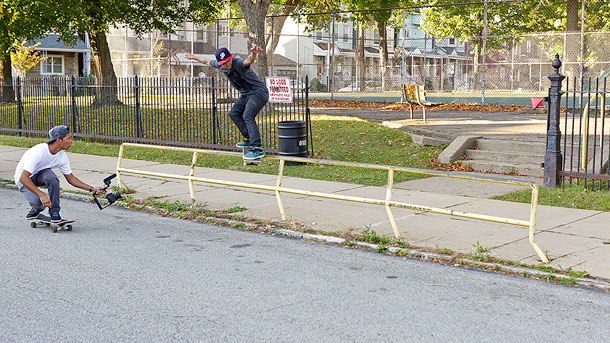 Are you happy with how the video turned out overall? What are some highlights?
Yeah, I am hyped on how it came out. There are too many highlights to name. I’d say that pretty much everybody on the team has a highlight in their part.

You guys traveled a ton for this video. What city did you enjoy the most?
I really enjoyed our two-week trip to Philadelphia and Pittsburgh. It was our most productive. It was cool to pack everybody into a big van and just hit the streets everyday for a few weeks without having to do any demos or autograph signings. 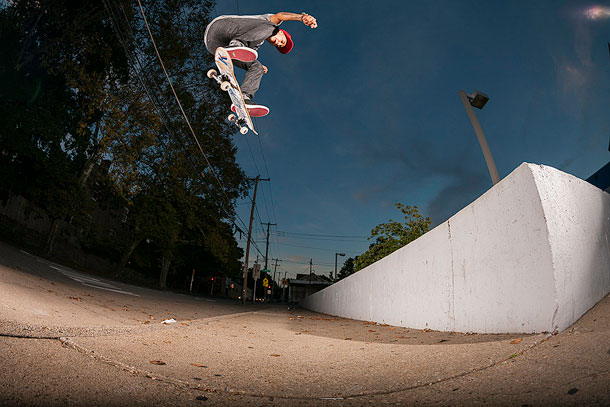 Westgate’s part was insane, as always. What’s it like to witness and capture the stuff that he does?
It’s amazing to see Brandon do the things that he does. He’s normally a really mellow guy, and to see him go that crazy on his skateboard and make it look so easy is definitely one of the perks of my job.

Really, how gnarly is that last ollie?
Pittsburgh’s known to raise some really gnarly skaters. That spot’s been a local hot spot for decades, and nobody has stepped to it like that. It’s such a quick run-up and a huge leap into a super crusty bank. You really have to see it in person to comprehend how gnarly it is. 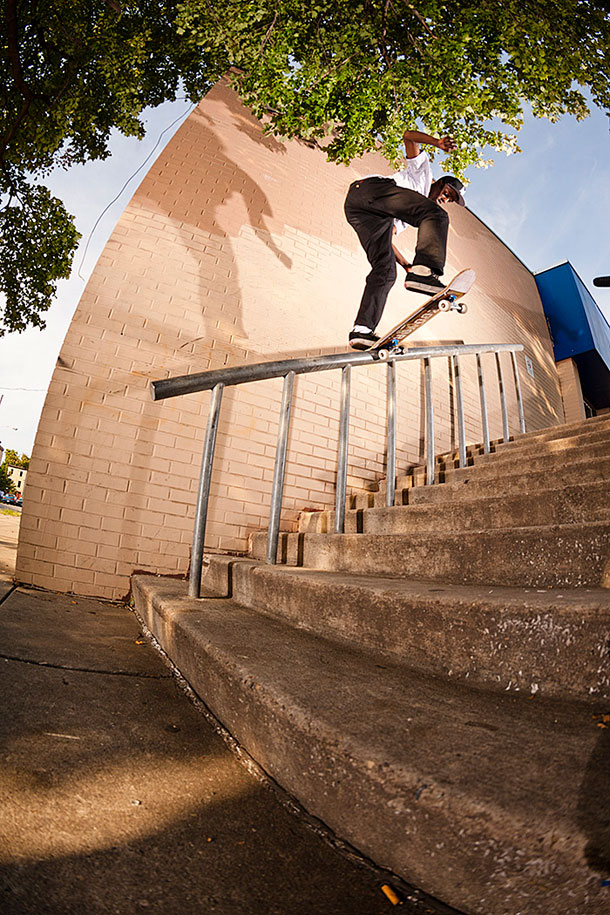 Chaz had a ton of new shit, too. Was that all filmed since his video dropped in July?
Chaz used all his best footage for his part in July. And all his leftover footage was used in his B-Sides edit. Chaz put together an entirely new part since his last part dropped. The kid is so good I think he could have put out three more parts since then.

For anyone who doesn’t know, tell us about Dave Willis. What’s it like to work with him?
Dave is a really cool, genuine guy who I love working with. He’s very polite and super grateful to be where he’s at. Everybody seems to love him wherever he goes. He’s super funny, and I’m glad we get to travel and work together on the regs. 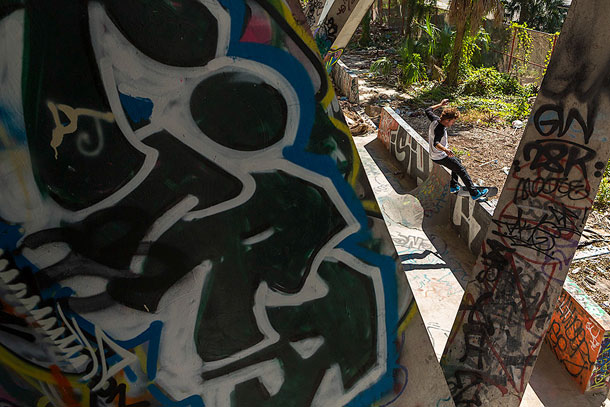 Travis Glover had a stand-out part, too. Were you surprised by how well it turned out?
Travis has always had the smoothest style. I really tried to push him for this part—I wouldn’t let him walk away from a few bangers that I made him stick out. I wasn’t surprised by how well his part turned out, though. I always knew he had it in him. I’m just glad he stuck through it and worked as hard as he did to make it happen. 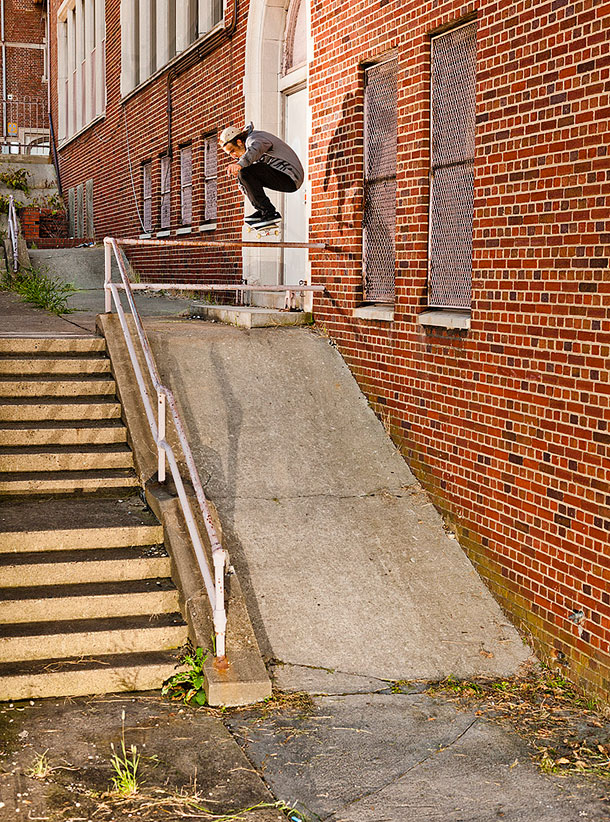 Is there a trick in the video that stands out as your favorite?
Kevin Tierney’s backside lipslide front 180 out at Flushing is one of my favorites. He totally surprised me with that one. I thought he was about to bail and the next thing I know he’s rolling away, smooth as butter.

What’s the difference in making a video now compared to back in the day?
Back in the day we’d just meet up at a spot and skate around the city filming everything. These days, spots are hard to come by, and the level of skating is so high that we go on all-day missions just to get one trick. There were no skatestoppers back in the day. You could literally skate anything. 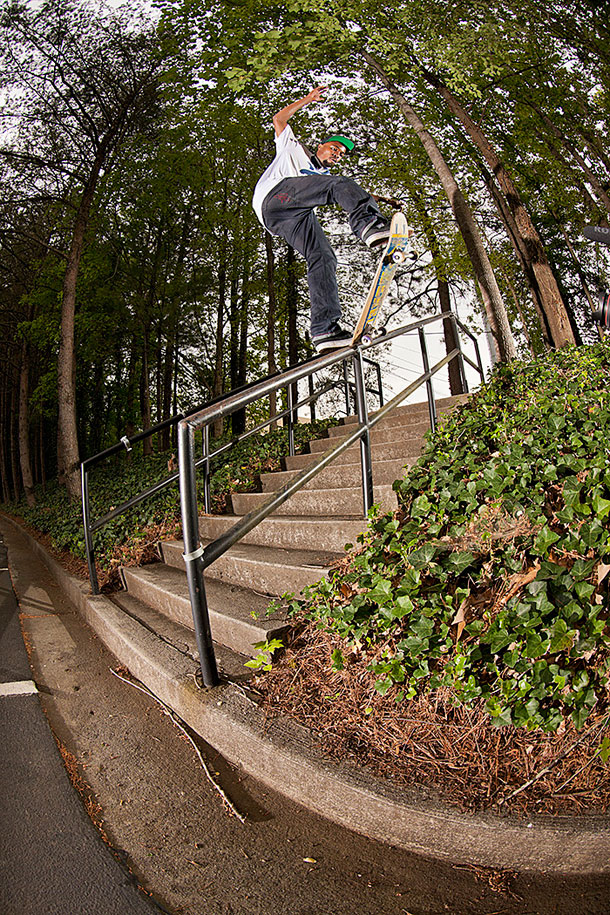 Do you like the way NYC looks on VX or HD better?
The only thing I like about VX footage is the width of the fisheye. Other than that, I’d have to say HD looks way better.

What’s the plans for next year?
Next year I hope to take the Zoo Crew overseas, to skate some new spots internationally. I’m itching to go back to Europe, China, and Australia! Hopefully things will work out with our travel budgets, and our distributors will help make it happen. If not, I’m happy filming with our crew in the city every day. We’re not gonna stop grinding anytime soon. You’re gonna see a lot more heat from our East Coast crew in 2013.
© 1981–2022 High Speed Productions, Inc.