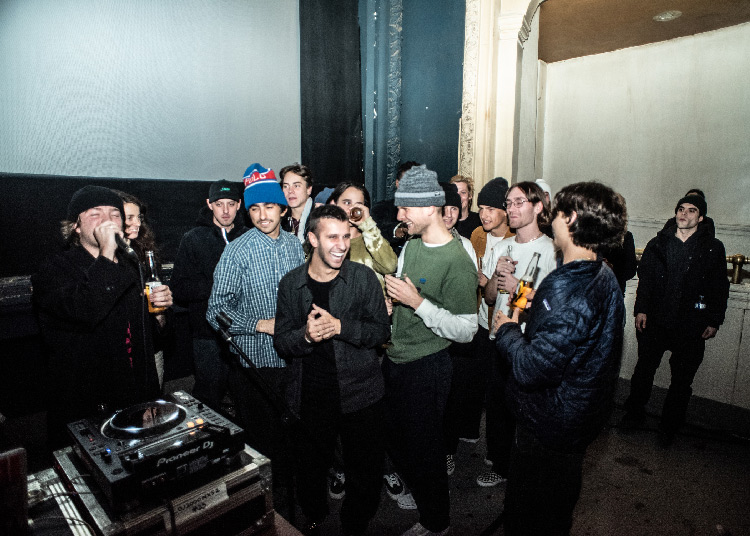 The Vans Canada squad gathered in Montreal to present the world premiere of Courtesy, a short film directed by Vancouver local Jake Kuzyk. The event took place at Montreal’s Cinema L’Amour. Interestingly, the theatre is rumored to be the last venue illusionist in which Harry Houdini performed in the 1920s. The legend goes that he sustained an injury during his act after receiving a severe blow to the stomach, resulting in his death weeks later.

That isn’t the only magic that tends to happen there, however—Cinema L'Amour now functions as a full-time adult peep show. The X-rated decor was kept mostly displayed for the premiere and a faint smell of cleaning product hung in the air as a large crowd settled into their mysteriously crusted seats to cheer on their favorite boys of the north. The night kicked things off with Vans’ latest snowboard film Together Forever; an ode to the late, and dearly missed, Dillon Ojo. Courtesy screened shortly after, providing some debauchery induced cheers and comedic relief to set the tone for the rest of the night.

Courtesy was filmed in its entirety throughout Canada during the summer months of 2018. The film features some of the country's most acclaimed Canucks: Etienne Gagne, Dustin Henry and Leon Chapdelaine. They and the rest of the Vans Canada crew explore their native landscape alongside some of those south of the border such as Justin Henry, Pedro Delfino, and Kader Sylla.  –Jacee Juhasz 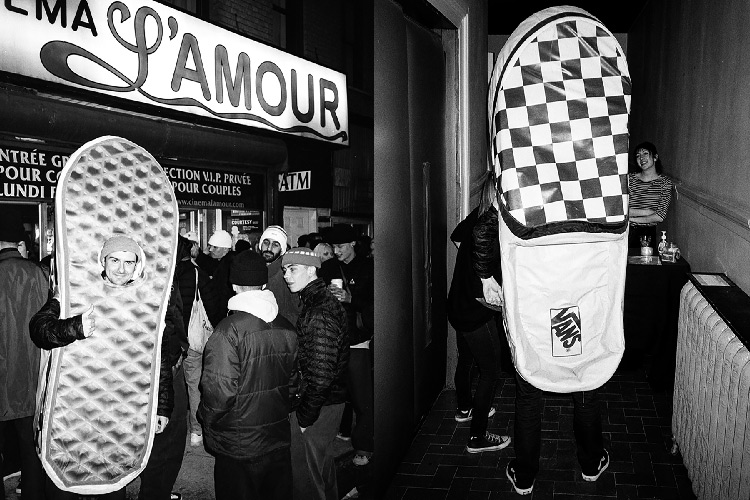 Slip-on man gives us the approval and the night is underway! 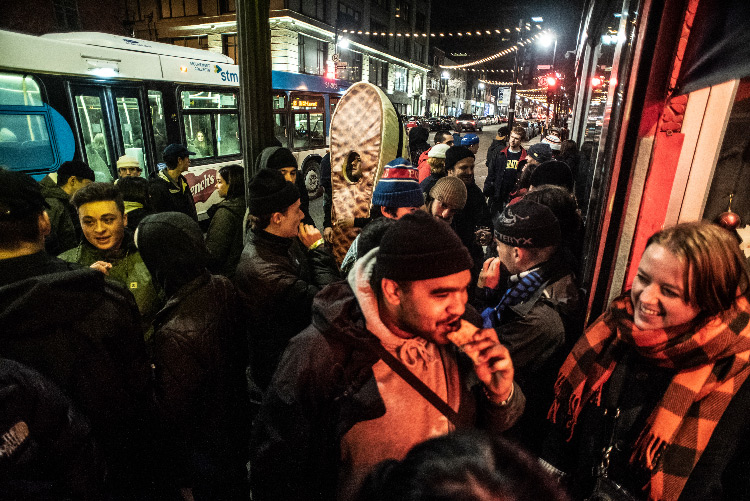 Attendees line up as the streets begin to swell 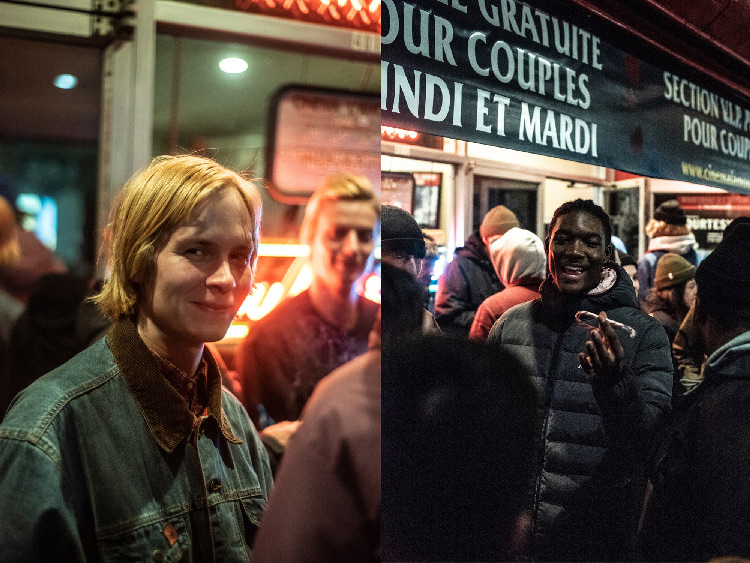 Dustin Henry and Stafhon Boca are all smiles 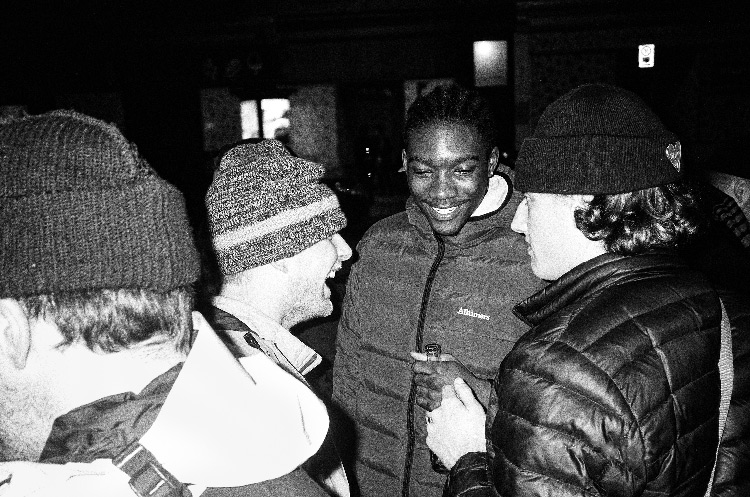 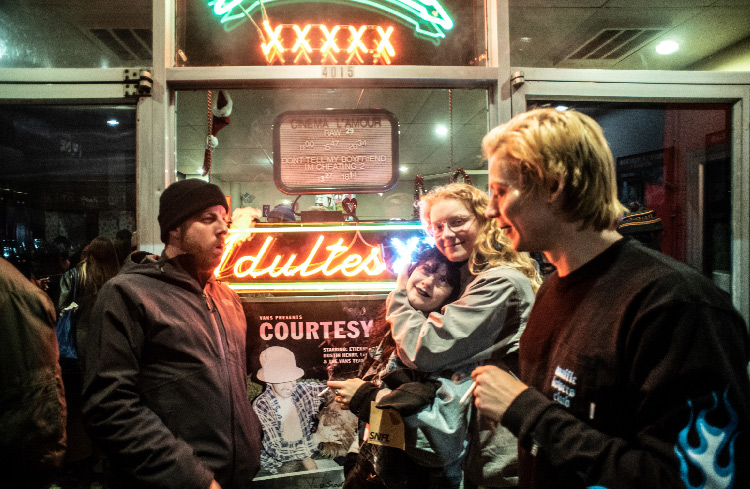 Johnny, Breana, Una and Leon catch a quick smoke while they wait for the premiere of Don’t Tell My Boyfriend I’m Cheating 2 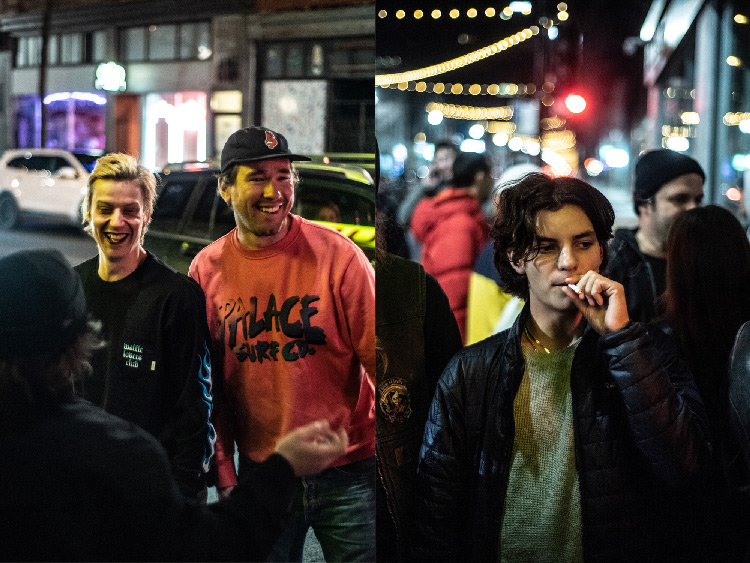 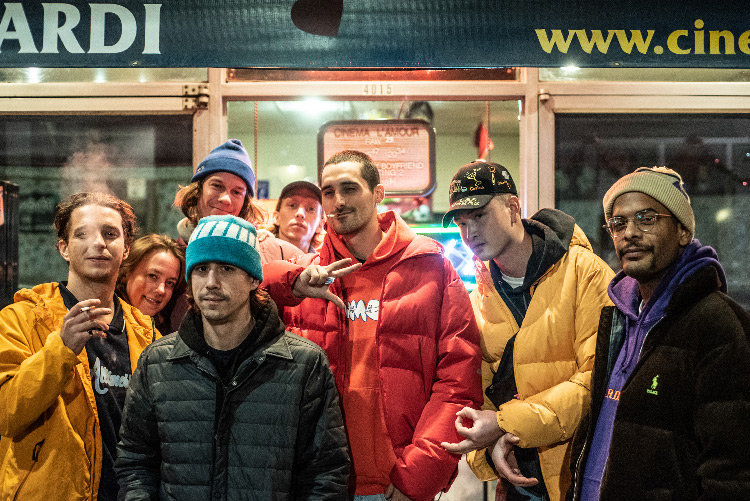 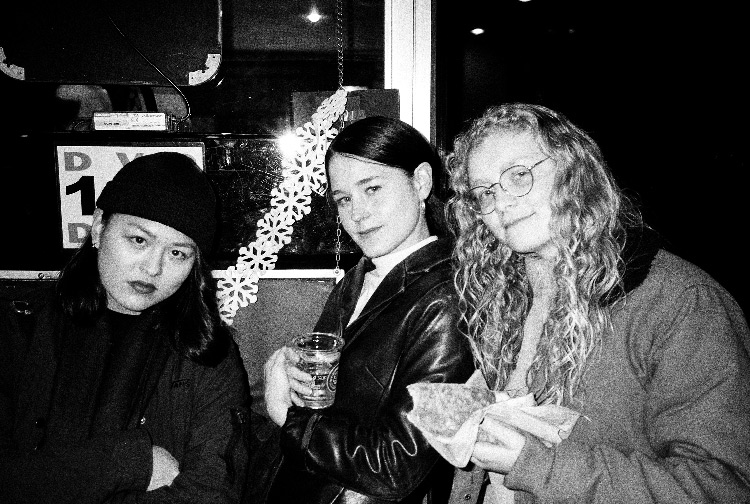 Chantal, Kelsey and Una indulge in the refreshments 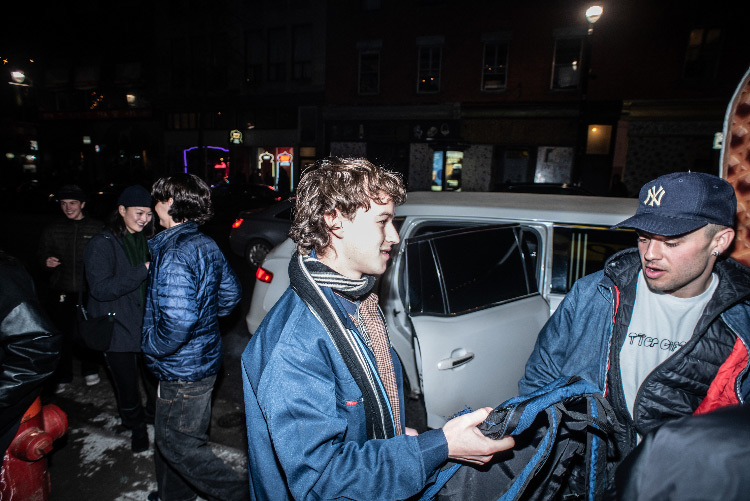 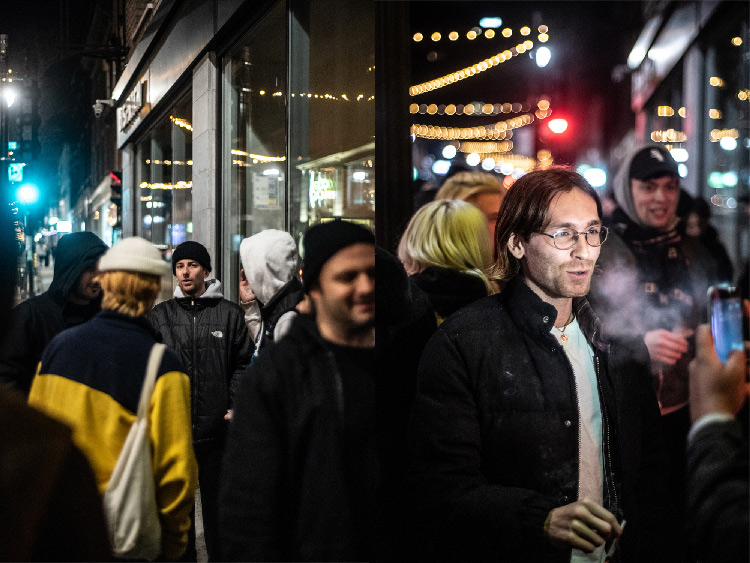 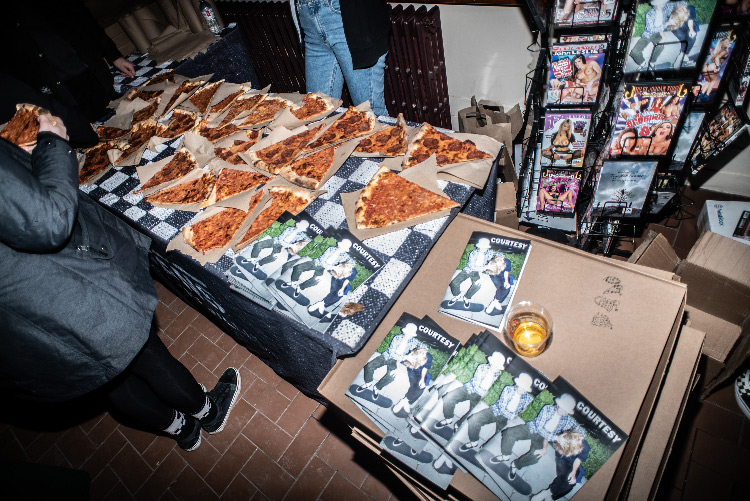 Meanwhile inside, a buffet of sorts appears, Courtesy of Pizza Adamo! 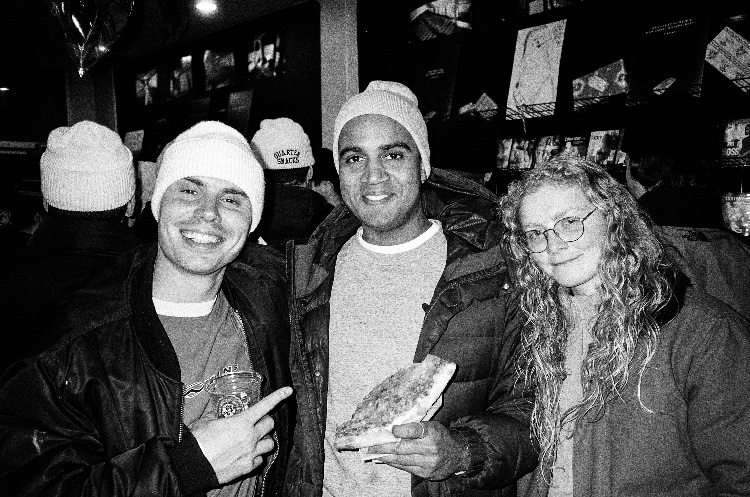 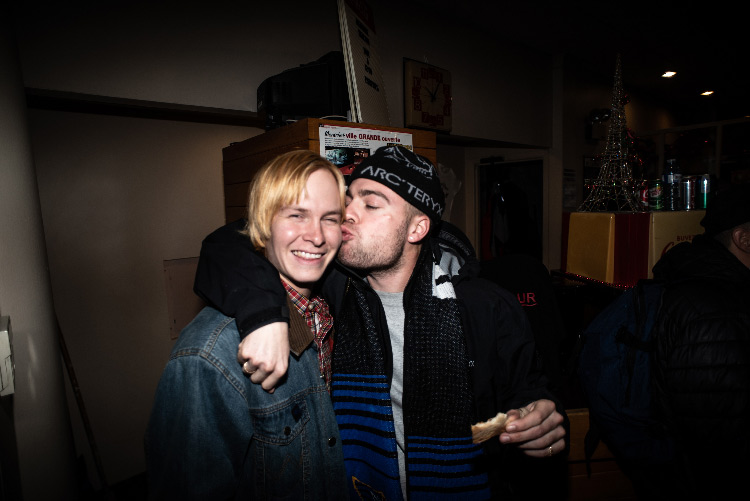 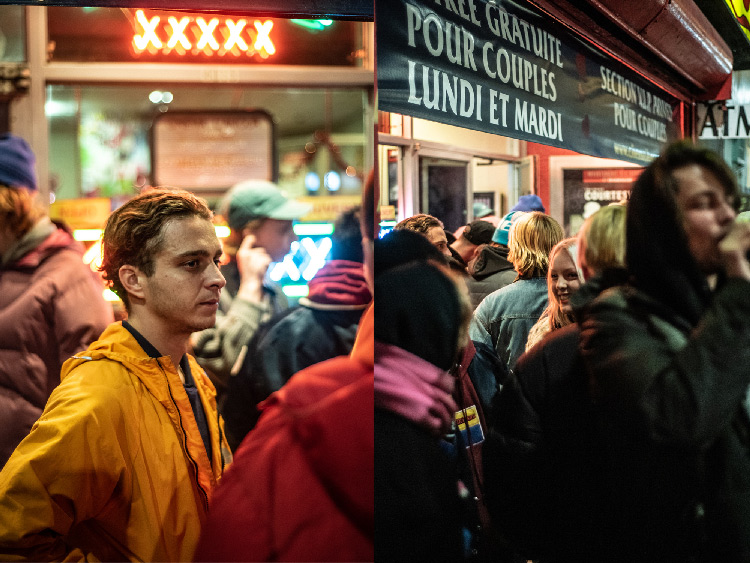 The crowd take to the streets yet again as the premiere of Together Forever wraps up leaving only the main event! 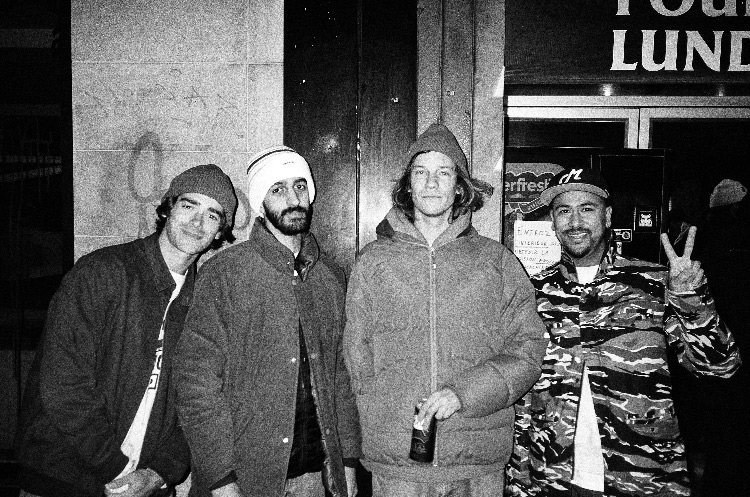 Time to get inside. Antoine Asselin, Anthony, Charles Rivard and Raj Mehra increase the peace 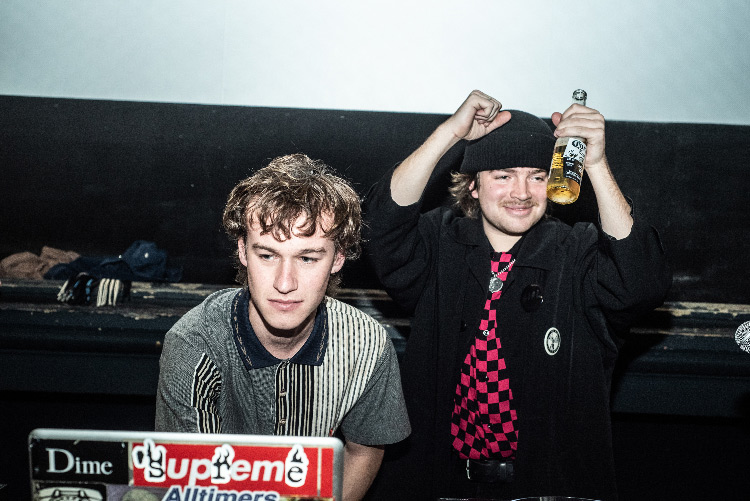 Ben Blundell gets things going while Conor Neeson relishes in the noise. 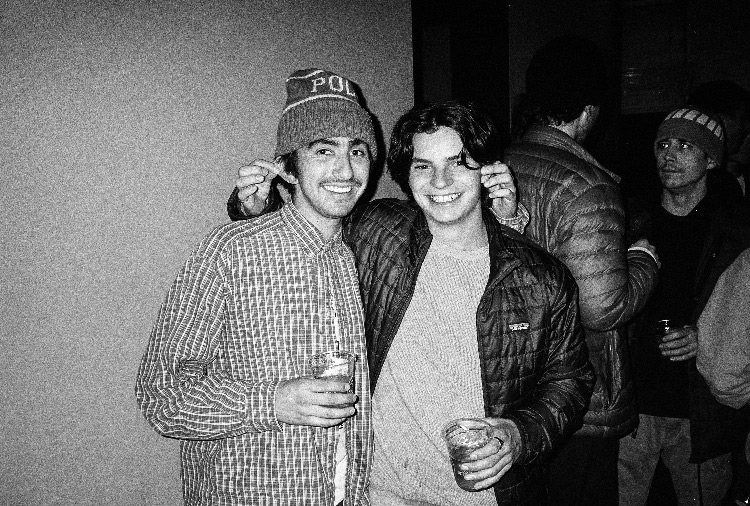 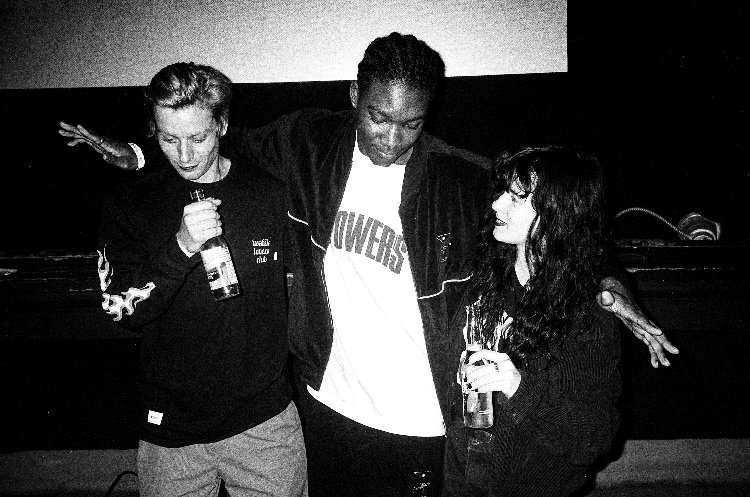 Leon Chapdelaine, Stahfon and Breana as the angels they are 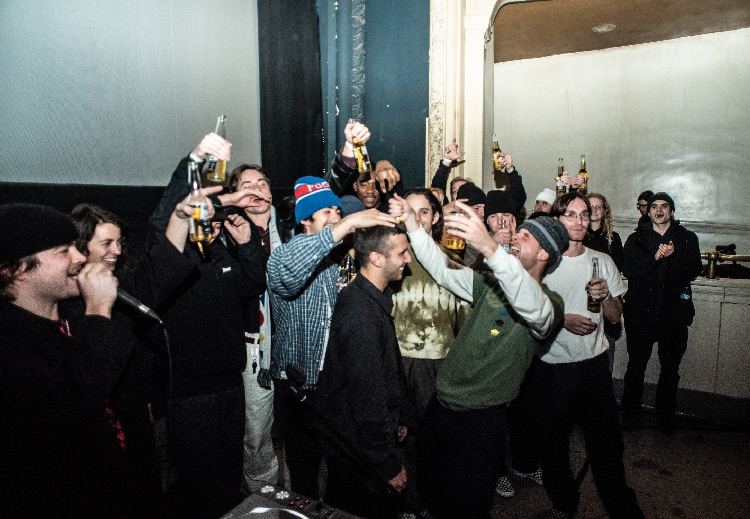 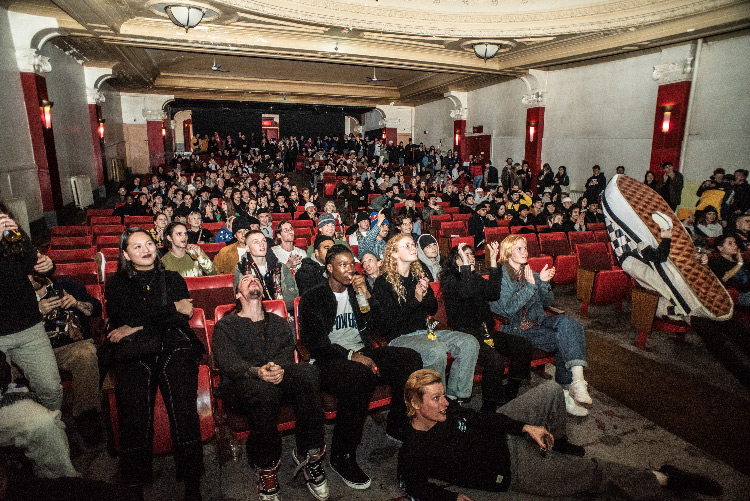 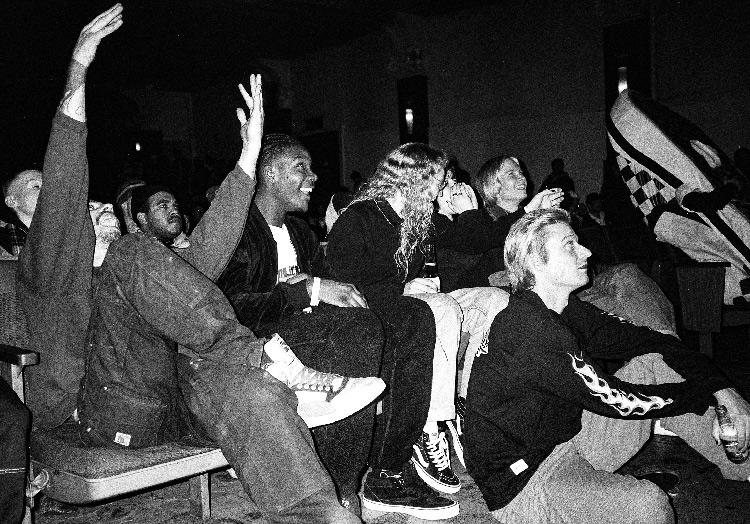 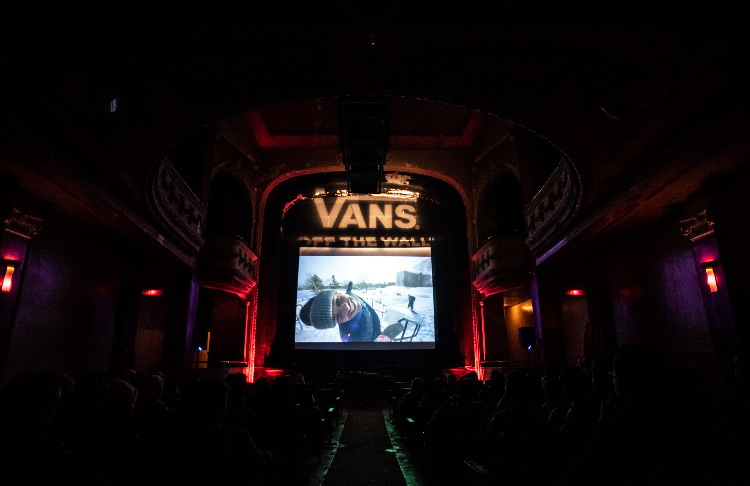 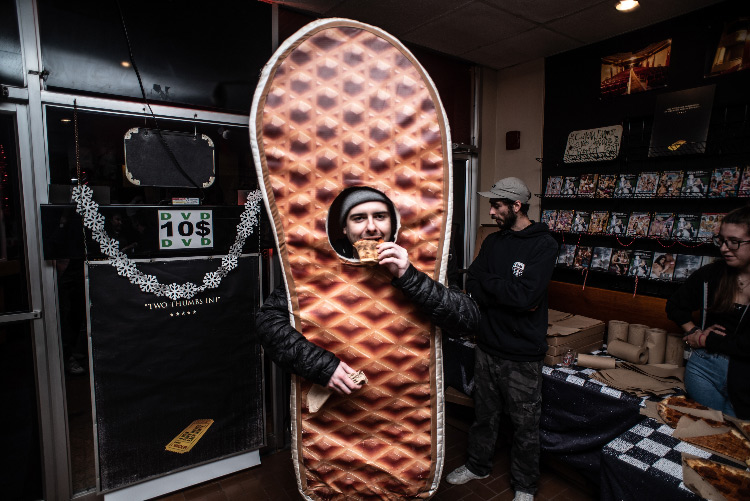 Slip-on man snags the leftovers as it’s time to go. Thanks, Vans Canada for a great night 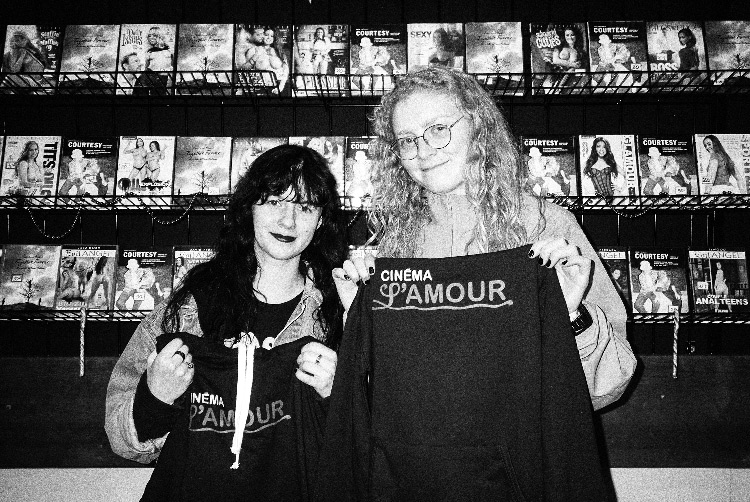