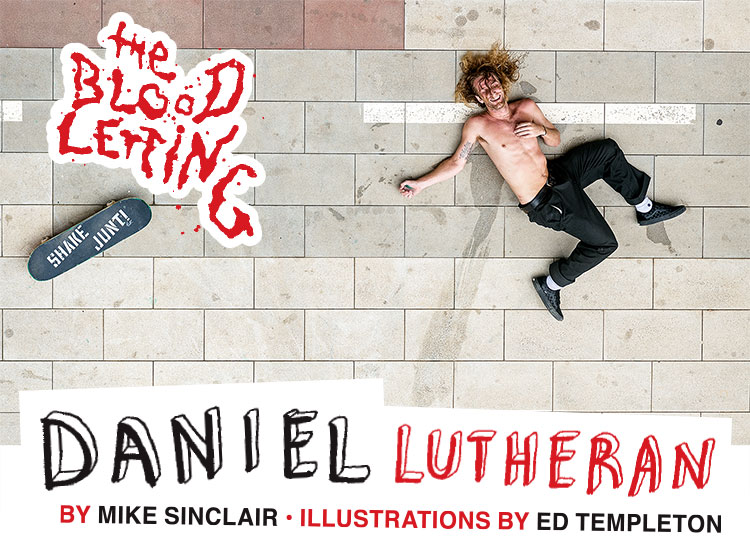 Daniel Lutheran is like a ray of sunshine on an otherwise gloomy day and his positivity always lifts the team up when we need it most. He was the new guy when Brainwash came out and now he’s mentoring the younger guys in the van. We’ve had some dark times over the past nine years and Dan is the one who constantly holds this thing together. He’s a truly outstanding person and I’m lucky to call him my friend. Cheers, Dan Lu. We did it again! 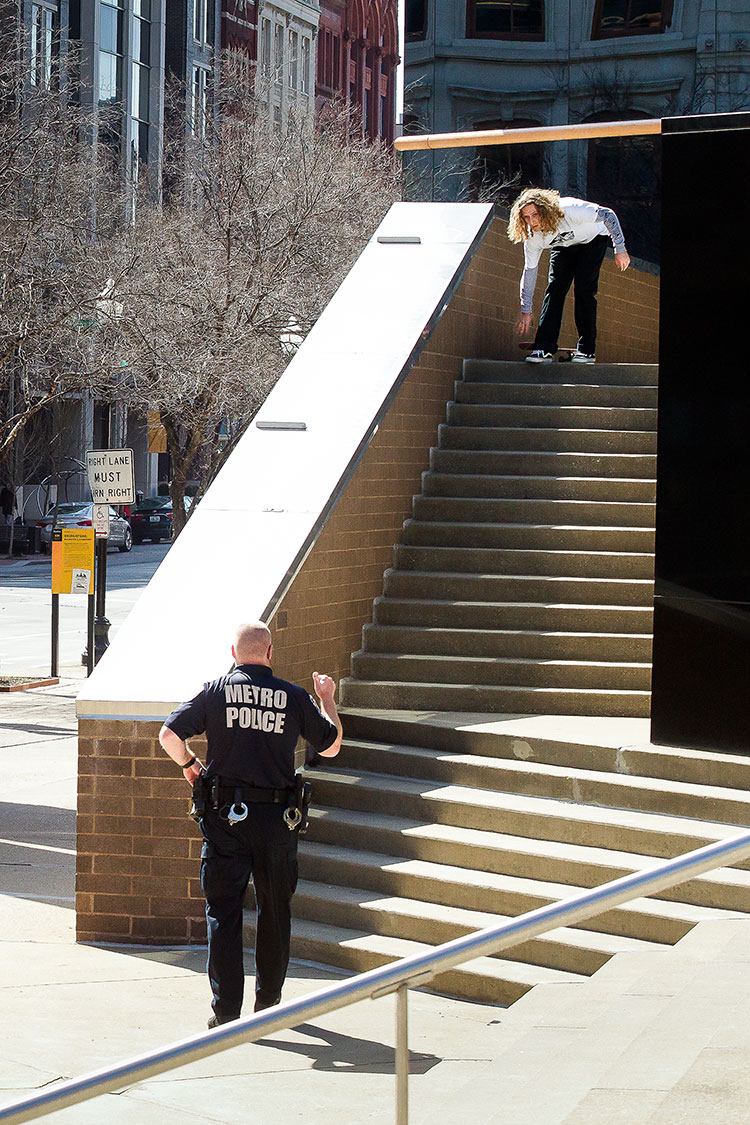 Dan Lu, what’s going on? I heard you dipped out of Long Beach recently.

Yeah, I moved up to LA with my girlfriend. I was in Long Beach for a really long time. I clocked ten years there—all the way from J-Lay’s couch to Matt Bennett’s couch to a room to my very own place. I climbed the ladder and ten years flew by in Long Beach. It’s time for a change.

Speaking of time flying by, it’s been nine years since the last Toy Machine video and your intro part.

Yeah, classic times. That was so sick.

What’s changed since those days?

Oh, man, I feel like everything is so much crazier now. It seemed so much simpler back then.

Less exposure, less saturation. I feel like so much has changed, though, and the bar has been raised.

Oh, I love Nick. I really miss Johnny and Matt B. I skated with those guys every day back then.

Let’s talk about the last two years you put into filming for Programming Injection.

It’s been huge peaks and valleys for me. I had a lot of injuries and it’s a different process now. It’s a maintenance program that I’m on now. It teaches you a lot about yourself; it takes incredible passion.

Until you get that one serious injury you are just oblivious to what you are describing.

Yeah, to not know injury is a beautiful thing.

I never thought about injury or age until they both happened to me.

It brings you into reality and it humbles you really quick.

Anybody that went though as many injuries as you and Jeremy Leabres and can still walk away with a full part is next level in my book.

I have to work so hard for everything these days. I’m happy with what I have for what I have been through these last two years.

It’s amazing to see how much we can all pull off together as a team at Toy Machine.

I agree. Like those tours we did, we get the money from the shops to head to the next town to film clips for this video and to do the next demo. It’s real grassroots. We don’t have a big budget; we never have had that. It’s tons of heart more than anything. We are pulling it off nicely and it brings the team closer together in my opinion.

Toy Machine is a family. Tum Yeto is doing so much to keep us all going. It’s a mutual respect we have for each other.

It gives you a sense of pride to skate for Toy Machine. It’s a beautiful thing. It’s so cool to be a part of this. I love it. 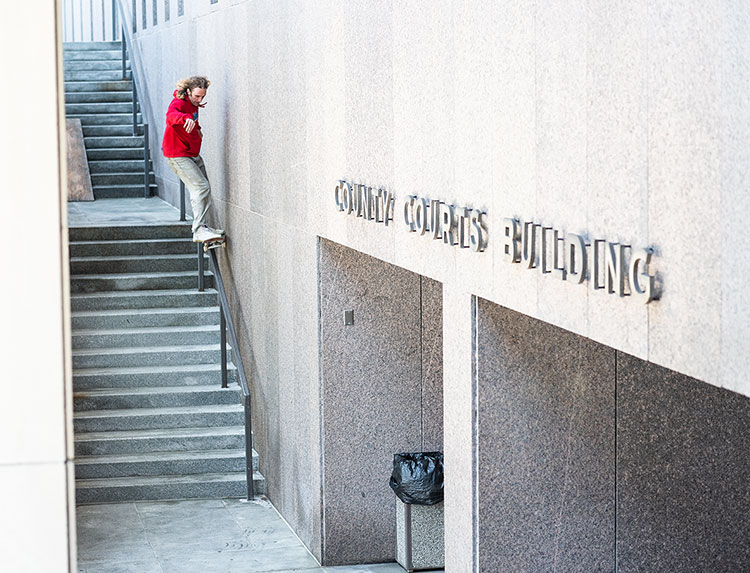 Frontside 5-0 with not an inch to pinch at a convenient spot to get a ticket     Photo: O’Neill

What do you think of the current Toy Machine team?

We went through some changes and I feel like we have tightened it up and we are ready to showcase who we are as a team now. We all respect one another and we are all on solid ground again. These dudes are amazing. To be included with this team is amazing.

I think it’s rad to see you guys take things into your own hands with Toy Machine. Leo Romero wanted to go on a 74-day tour. I told him I couldn’t go for that long so he said, “Just come whenever you can.” So I set everything up and joined him on the trip later. It was amazing to see him want it so bad.

I look to Leo as the leader of Toy Machine. He’s amazing. His passion spills over and you can’t help but feel it when you are around him. That is also a trait of a leader. You want to do your best when you are around a guy like Leo. He carries that leader mentality whether he knows it or not.

There are not that many skaters out there like Leo Romero

What were some of the standout moments for you on the road filming for this video?

Visiting Myles Willard back in Baltimore was a treat. He’s so awesome. His family took us in for a week and we got to see where he grew up. He took us up to his room and it still had all of his favorite skaters up on his wall. A lot of the guys on the tour had photos up on his wall. Leo was up there; Provost was up there; I had a photo up there. It was so cool to see that, especially to see where Myles is at now. We all bonded so much when we were at his house. 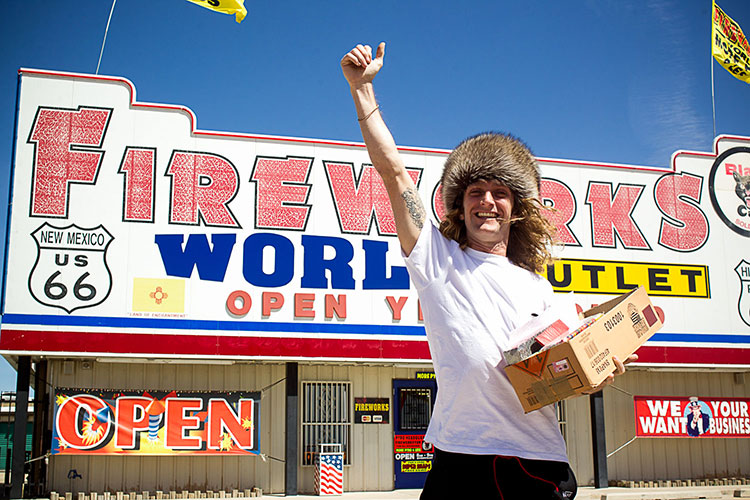 We used to go to your parents’ house all of the time to get out of California and skate New Mexico. Now we got the same thing going with Myles out in Baltimore.

Yeah, it’s amazing. Sometimes I would just pull Myles aside and tell him that I extra appreciated what he was doing because anybody who has ever been the tour guide knows it’s a lot of pressure and he was just so calm and cool. It was extra special out there for all of us.

What is important to know while you’re out on a long tour?

What are a few things that really stuck in your head from any past Toy Machine tours?

Ed’s driving and him getting frustrated stuck with me. He rear ended a pillar in some town. Maybe Salt Lake City? Just to see him get frustrated driving always stuck with me for some reason, I don’t know why. I traveled so much with Johnny Layton and there are so many stories from those days. I could write a book on the J-Lay era.

I would buy that book

Oh yeah, we all would.

What do you think of CJ being the new pro on Toy Machine?

Oh, he’s a really cool kid. He’s a true little kid antagonizing and spit-wadding everyone. He’s everything that we were when we were his age but he’s traveled the world already. He’s like the entire team’s little brother.

CJ is busier than anyone on Toy Machine.

He’s like a true superstar. He will have a really long career. CJ reminds me of Provost a lot. 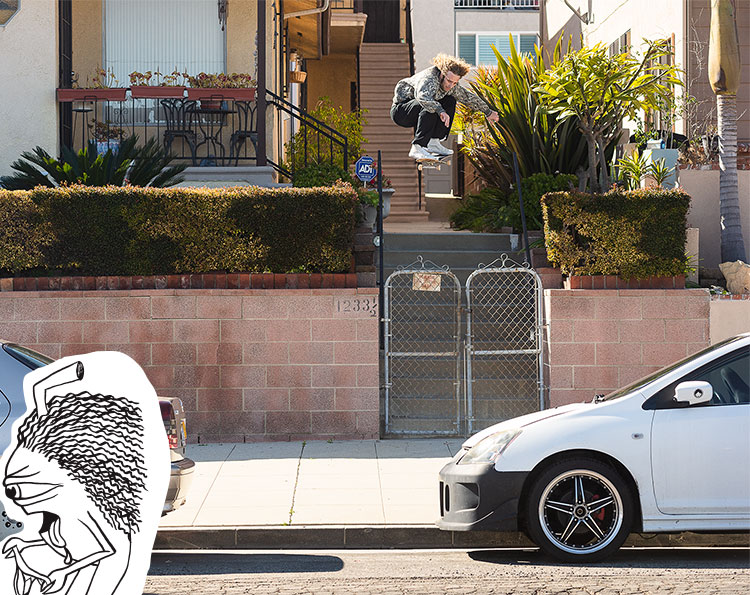 Staying cozy in a Coogi, Dan Lu sets sail and crosses this gate vault off the bucket list     Photo: Burnett

The first time I saw CJ skate at 12 years old I knew that was going to be the next pro on Toy Machine.

Seeing those things has got to be crazy.

What interests do you have outside of skateboarding?

Currently I am working on this little brand. It’s a health and wellness brand. I’m kind of putting all my energy in that direction and it should come out in November. I’m super into nature. I like to get away from all of this and just cool down. I love reading; I love music; I love drawing; I love writing. Just all the creative outlets, I enjoy them all. I like trying to keep my body in shape these days as well.

You just recently did your first graphic for Toy Machine.

I did and that was huge on my bucket list. The opportunity has always been there since the day I turned pro. Ed said I could always do whatever I wanted for a graphic. I just over think things and I finally went for it and did it. I was stoked to finally do that and have that opportunity. I just want to get my expression out as much as possible.

Why did you want to ride for Toy Machine?

For me it was always a paired creative outlet—true artists with insanely good skating. Everyone was always creating on and off their board whether it was with the music in their parts or the graphics on their boards. Toy Machine really spoke to me and it still does. I think there are very few companies like Toy Machine out there. I was drawn in immediately. Skater-owned and artist-owned, that drew me in, for sure. Toy Machine is open-minded. Toy Machine has it all in my opinion.

Well, I have always thought Daniel Lutheran is a perfect fit for Toy Machine.

Thank you, Mike, I really appreciate that. Thank you for everything. 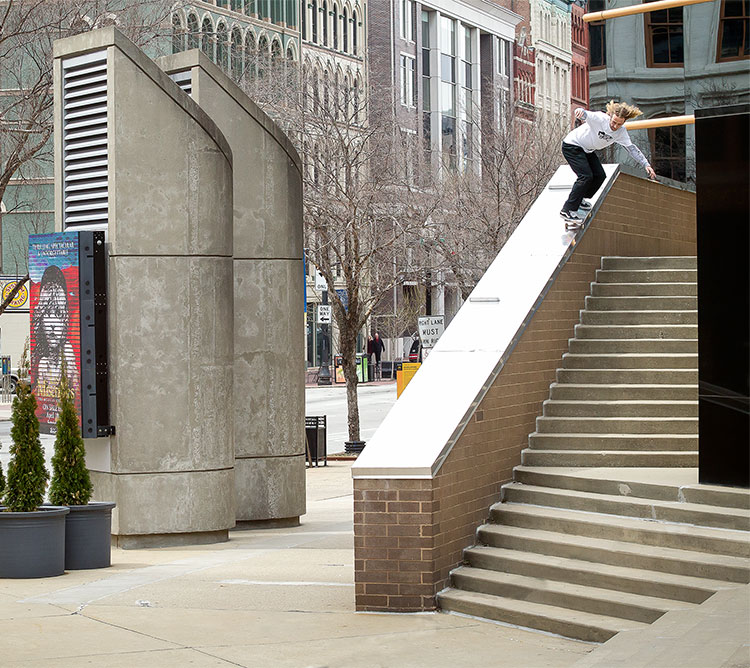