The Slam Heard 'Round the World

The Slam Heard 'Round the World

Yesterday, Ivy Martin (@elivymartin) tagged us on an Instagram video she posted. We watched it, and it was brutal. Hill bomb speed wobbles to faceplant. But what made it even crazier was the reaction of her boyfriend, who was following right behind her. Immediately after reposting the video, our Instagram account began to erupt - over 10,000 COMMENTS in 20 minutes! An investigation was in order, so we called her up for a quick interview.


Minutes before the fateful accident... 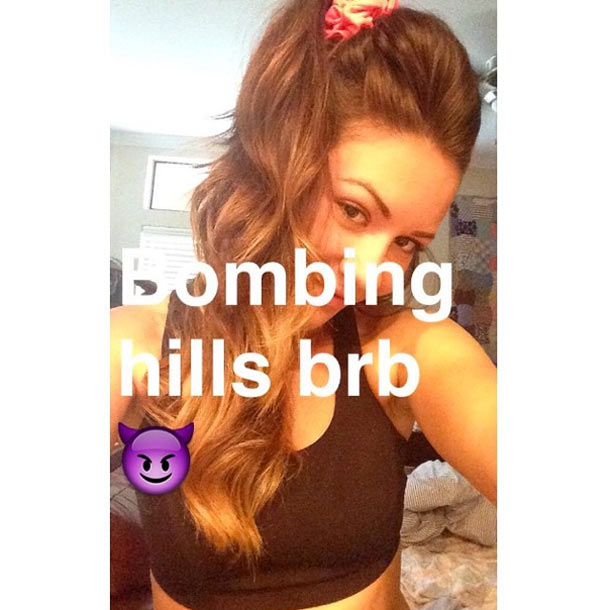 Give us your basic stats.
My name is Ivy Martin. I was raised and reside in Austin, TX.

How long have you been skating?
My sister and I always messed around on bikes, rollerblades and skateboards when we were kids. I've always been pretty coordinated and picked up on skating quick. My friend Haley Schmitt and I started rollerblading day in and day out during the summer of our sophomore and junior years of high school. I started street skating and hill bombing when Zachary Farkas and I became attached at the hip.

So this wasn't your first trip to the rodeo. Had you bombed that particular hill before?
I will attempt to bomb any hill. I had bombed this particular hill with a regular skateboard, but yesterday was the first time I had ever attempted to bomb any hill on a longboard. I rarely even ride a longboard. I wanted to get a clip of me bombing the Barton Springs hill, so my boyfriend Zach set up his phone in a tree branch and we were attempting to do a test run for our clip. I was just fuckin' around when I got on the longboard. We were limited to Zach's board to share, so I brought my sister's longboard so we could take turns bombing with his board while the other cruised around. Little did I know my first trial would be my last—of the day.

So this whole thing was your idea, not his?
I spontaneously got the urge to bomb Barton Springs, so of course Zach tried to talk me out of it.

You were ahead of your boyfriend in the footage. Are you faster than him?
He tries to keep up with me.

Who cried more? You or him?
He cried like a lil' bitch.

What was the full extent of the damage?
I ended up with road rash all over my body. My thigh and elbows are especially shredded. I got two pretty big cuts on the top of my head, along with tons of asphalt in my hair and two huge gashes above my left eye. Not to mention I only have half an eyebrow now. The doctors decided not to do stitches and I was not diagnosed with a concussion.

How has the reaction been from people on social media?
There has been a lot more love than hate. My favorite hate comment was "that bitch deserved it cause she so damn ugly."

Any parting words?
Eat shit and die. Yokels only. 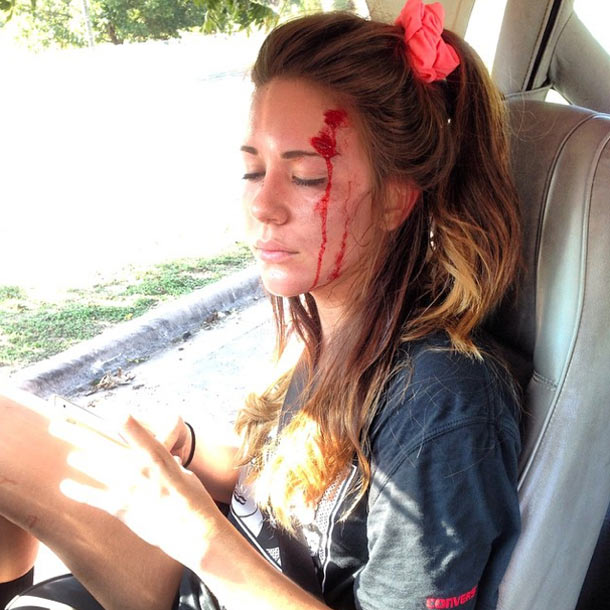 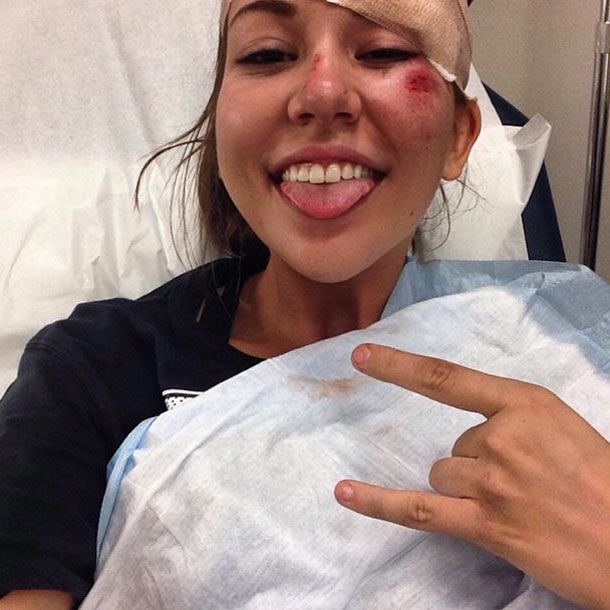 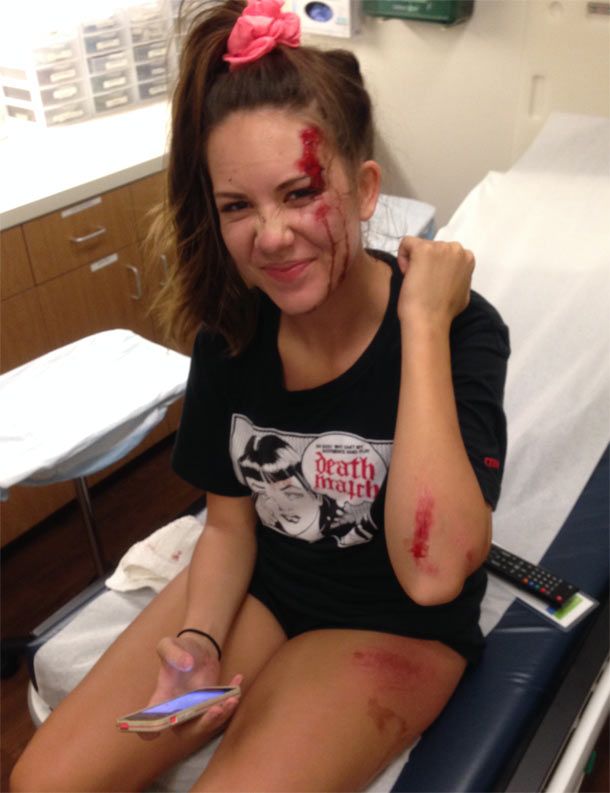