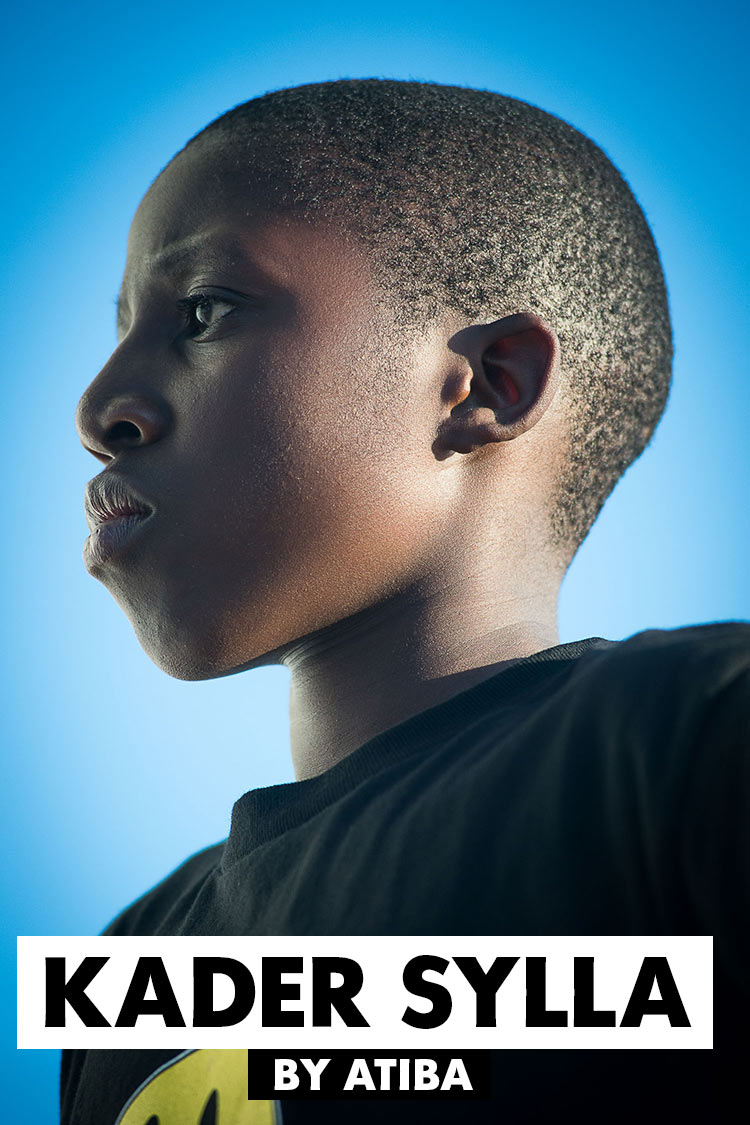 What up, Kader?
What up, Atiba?

Your Young Emericans part was tight! Have you been getting good feedback?
People been saying it’s good and stuff and I thank them.

How do you feel about the attention?
I don’t know; it’s weird.

Where do you live?
San Fernando Valley. 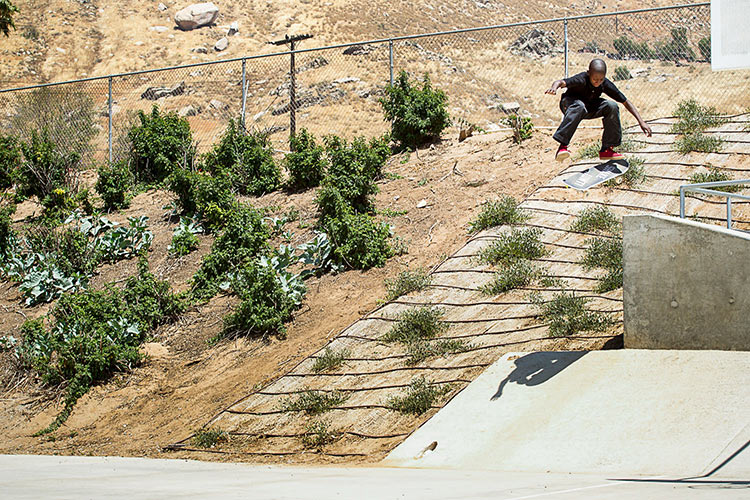 What have you been doing lately?
Skating mostly and going to school.

How was it being in school and trying to film this video part?
It hasn’t been super easy. I can’t go out every day but I still go out after school and stuff, so that’s fine.

Do you light stuff up?
Yeah.

What grade are you in?
Tenth.

What do your parents think about skating?
They like it.

How did you get into skating?
Tech decks, pretty much. Actually, I remember skating with brother but he eventually stopped and I kept skating. My brother played soccer and basketball instead.

Are you into anything else besides skating?
Yeah, soccer, basketball and volleyball. I still play soccer for fun, like at school and sometimes I play basketball.

You ever play soccer to warm up for skating?
No, but I probably should. I also like to juggle a lot. It’s really fun.

You should check out the Invisible video Caught Clean where skaters had juggling parts.
Wait, what? Really? 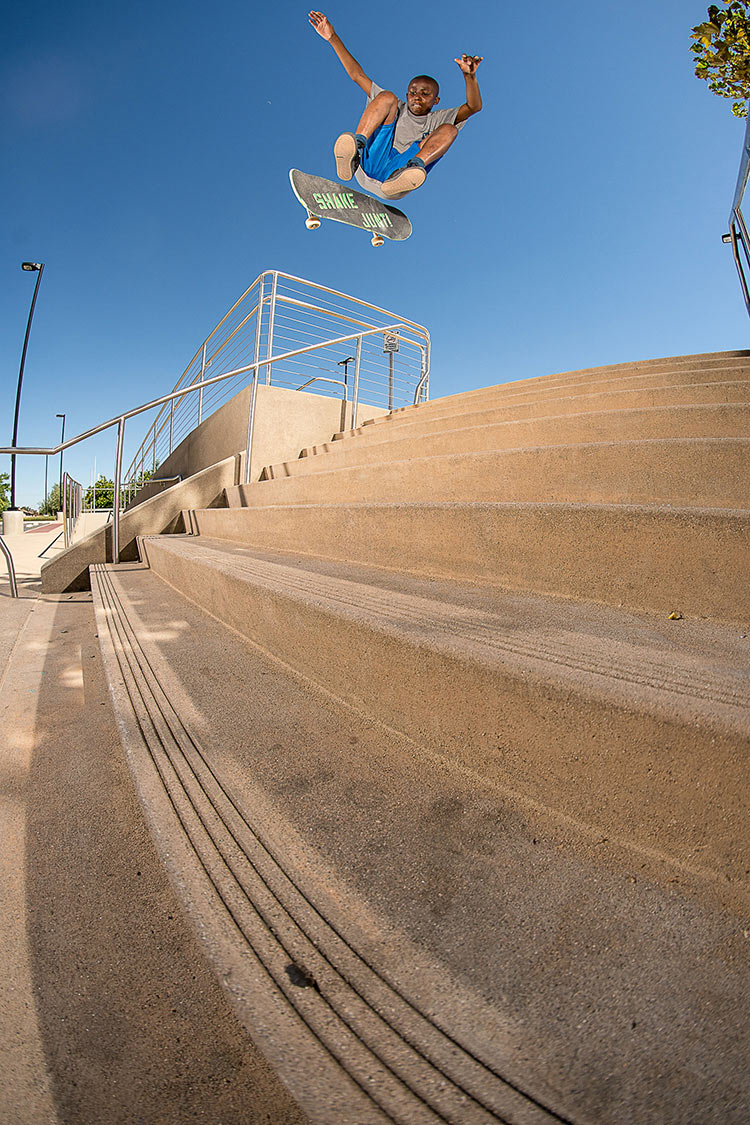 Kader's about to catch this varial heel like a juggling pin. Somewhere, Laban is smiling     Photo: Atiba

How tall is your brother?
He’s about six feet.

What about your dad?
He’s about six feet, too.

So in a couple years you might be six feet?
Yeah, maybe.

How was it filming for this video?
It was really fun. I just got a lot of stuff with Bucky. I didn’t even know that we were filming a video and then we just started putting parts together and we got enough footage to put out a full video, pretty much.

Is this your first video part?
Yeah. Well, my first over-two-minute part.

Was there pressure?
No, not really. 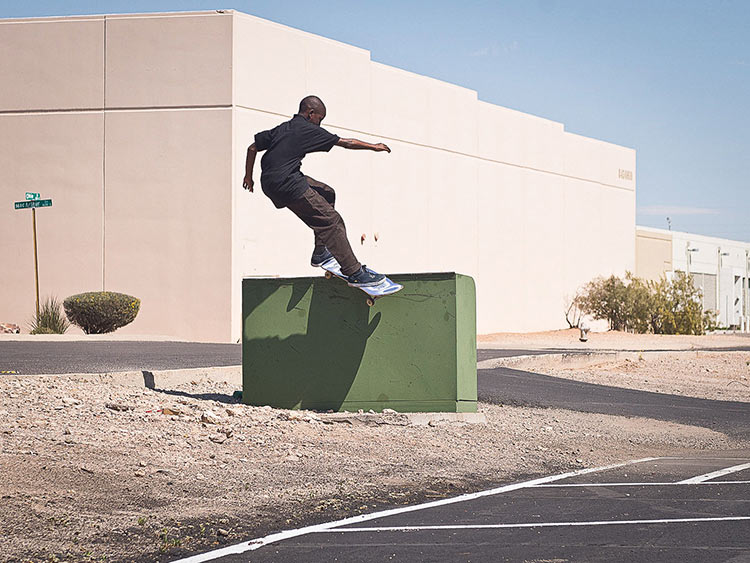 Do you feel like you get hurt a lot?
Yeah, it’s really annoying.

You took a lot of slams filming for this part, huh?
Yeah, it hurts. It doesn’t feel good.

What do you call that trick you do when you are grinding with your front truck and your board is touching like a lipslide?
Over-willy.

Do you know why a Willy grind is called that?
Because of Willy S!

Can you do them on tranny, too?
Only backside. I call that a lost grind.

How did you get on Emerica?
I went to Biebel’s a couple times and saw Andrew there. I guess he liked the way I skated. I don’t know why. He asked if I wanted boards and took down my phone number. Then when my boards came, he texted me to ask if I got them. I was, like, “Who is this?" He said, “Andrew,” and I said “Andrew who?” He said, “Reynolds,” and I was, like, “Oh, cool.” Then randomly he sent me another text while I was at school asking if I wanted to get Emerica shoes. I was down for shoes. It's so sick to be getting Emericas.

Is Reynolds one of your favorite skaters?
No. Okay, yeah.

Did you travel for this video?
Yeah, I went to Phoenix, Tucson, Seattle and Portland.

Did you enjoy it?
Yeah, it was really fun. I like going out with all of the guys.

Who do you room with?
Usually Zach. I like rooming with him. Pretty much Zach and all the other homies like Victor, Patrick and Seven.

What’s it like to have your friends ride for the same company?
It’s fun because it’s not awkward. Like, the first time I went skating with them it was fun. I didn't have to worry about giving a bad impression or trying to be cool. It's fun being with my friends. 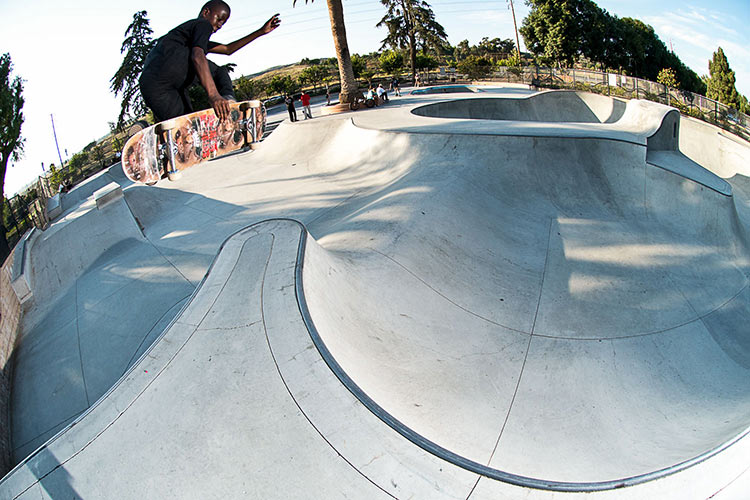 Were there any tricks that you wanted to film for this video that you didn't get?
Yeah, there were some. There was one back 50 that I tried. I went back twice and sacked it four times. It sucked.

That’s before you had balls, though.
True. 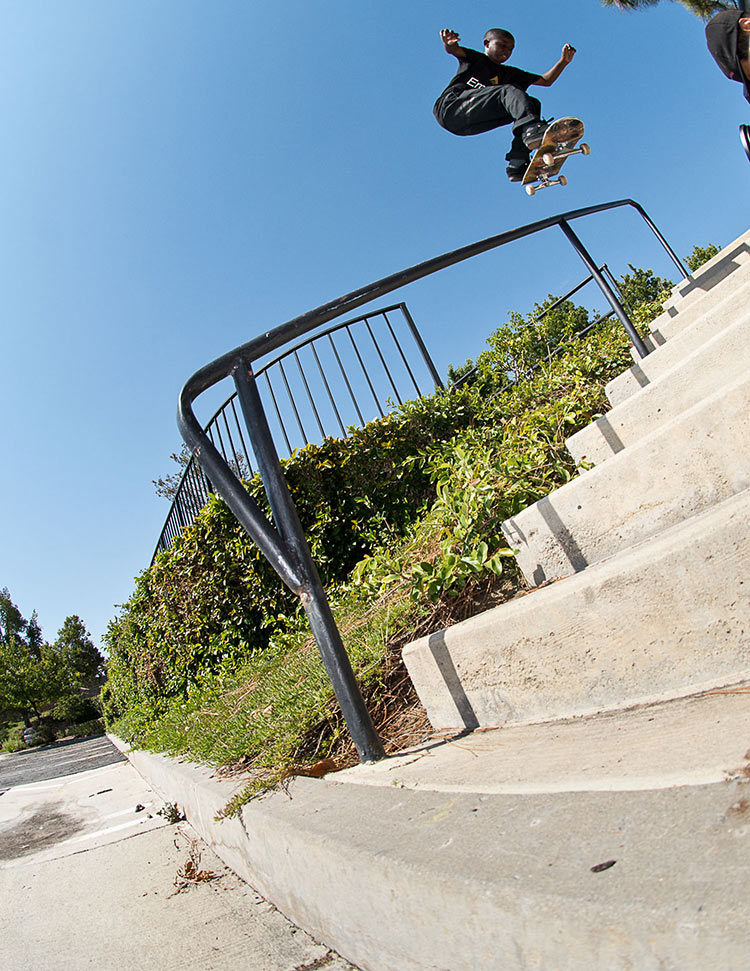 What’s your favorite trick that you got?
Probably the line where I did a front nose 270. That felt really good. And probably the crook on the kinked rail. That was really nice. It was fun.

Who did you film most of your stuff with?
Bucky and Jon Miner.

Do you like filming with them?
Yeah, it was fun. Miner makes you redo stuff but only for you to like it in the end.

What about Bucky? He sucks, huh?
Yeah, Bucky sucks. No, I’m kidding.

Put on your beanie; there's a blizzard on its way. Backside 360 kickflip, definitely not a Baker maker     Sequence: Hammeke

What are you working on next?
I’m about to put out this little VX part that I made with my friend Andreas. It's just some footage we got—filmed pretty easily. And then we’re working on Baker 4, but I’d like to work on my own little part to come out in between. We’ll see. 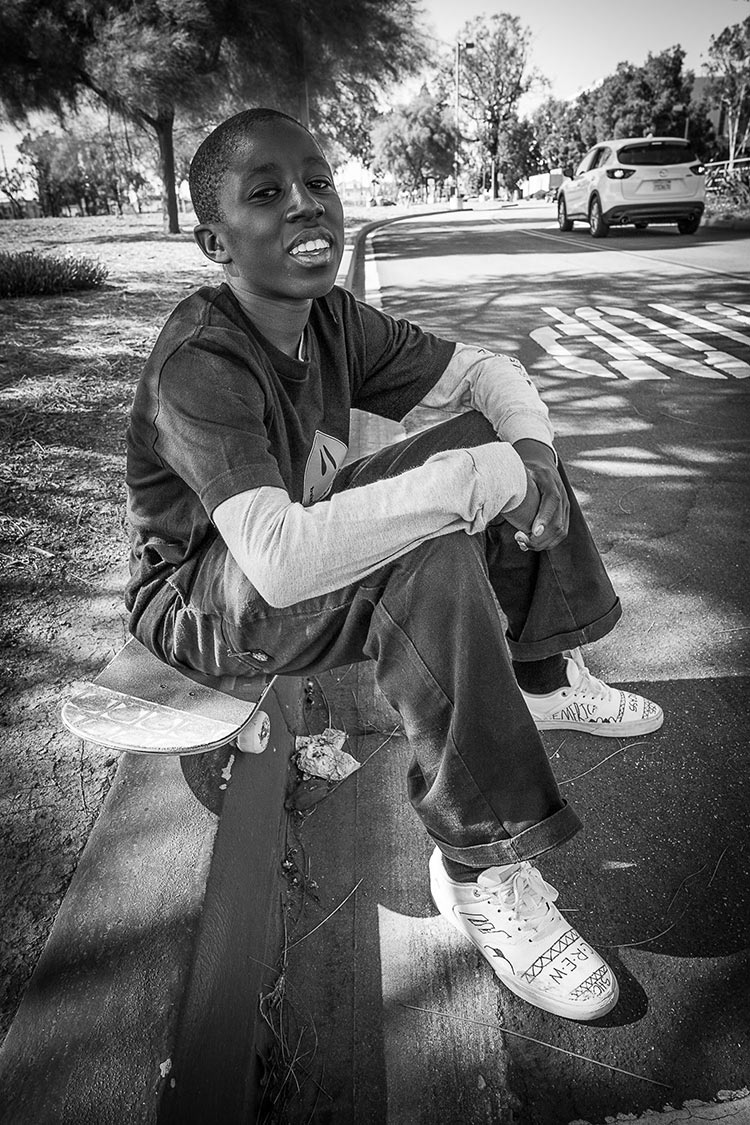