What’s A Trust Fall? A Glimpse Into The New Nike SB Video 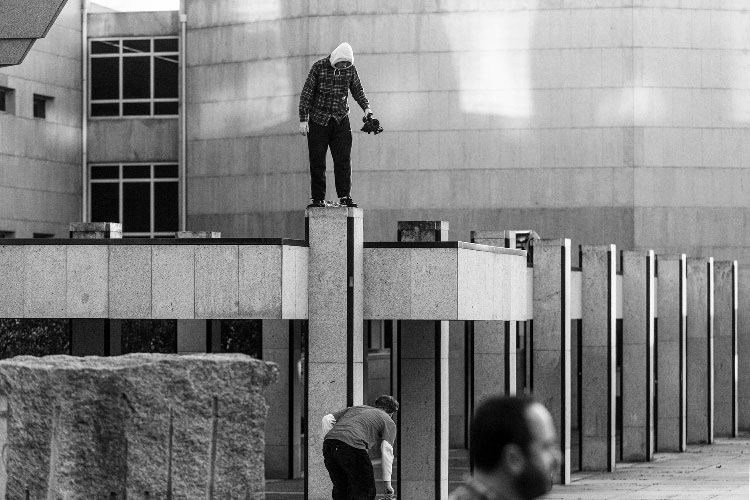 Look at these photos. Aren’t they lovely? We made a video over a period of slightly less than a year.

What’s a trust fall? We don’t have that phrase in Europe, where all these photographs are taken and the majority of these skateboarders are from. The reason for that is probably because, as I’m sure you know, in Europe we all just trust each other—we don’t need any sort of exercise to prove or build upon this idea. Nothing on the political horizon seems to want to challenge this idea either. So cool, being European right now.

I suppose it’s not much like when you get a friend to creep up and kneel behind another person, then maliciously push them over the friend’s crouched body so that they fall really quickly and violently to the floor, maybe smacking their head, and there’s nothing they can really do about it except laugh and pretend that they haven’t been betrayed in a minor way by somebody they thought they had bonded with. 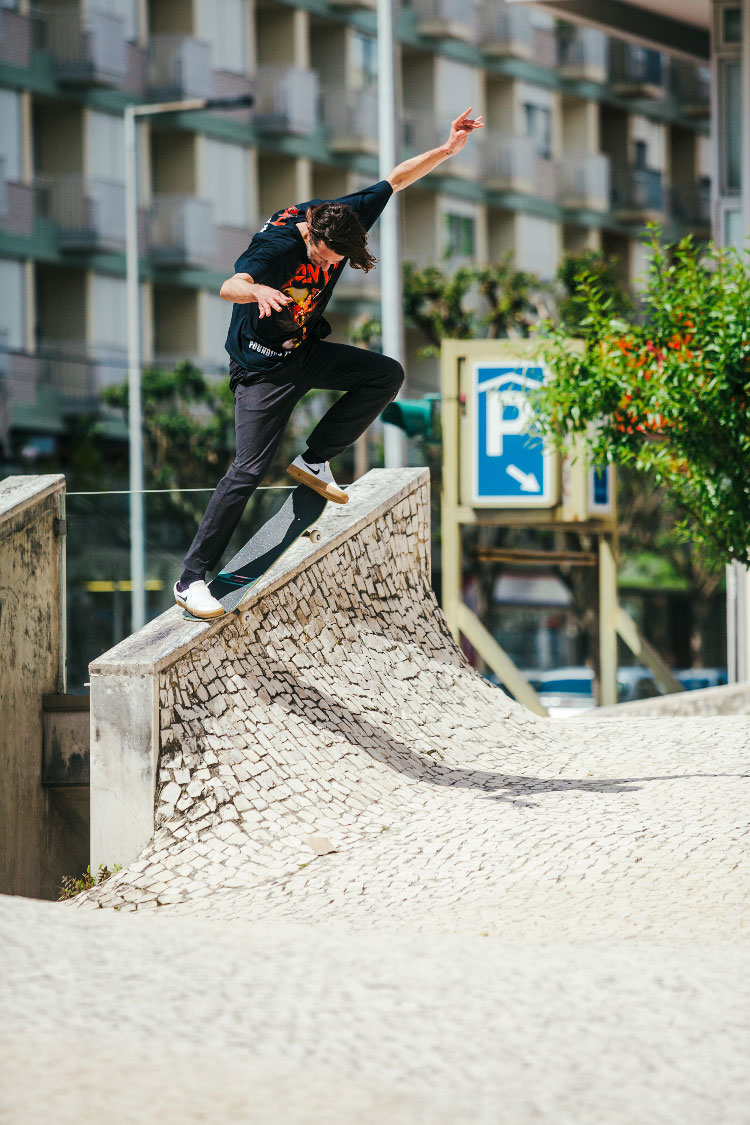 Stefan Janoski cobbled together a switch crooks in Porto, Portugal

A trust fall is this thing where you let your weight go backwards, succumbing to gravity, assuming you’re safe in the expectation that somebody is going to break your fall out of compassion or because they’ve been told to.

No, now that I really think about it they are slightly different acts, maybe opposites if you want to push the thought. But I think that this may be my closest personal approximation to the trust fall. That said, none of us pushed any of the North Americans over in this article.

Look at Caleb; He’s huge and usually very carefully dressed—I would really hate to get any filth on his lovely banana-yellow t-shirt. The feeble grind he’s doing here is actually so good. He dwarfs the ledge like I imagine he would dwarf a normal bottle of wine into looking like one of those smaller bottles of wine they give you on flights. But I don’t know because Caleb doesn’t drink, except now he is drinking for a bit because he went to Copenhagen and fell in love, again. All the best to him. 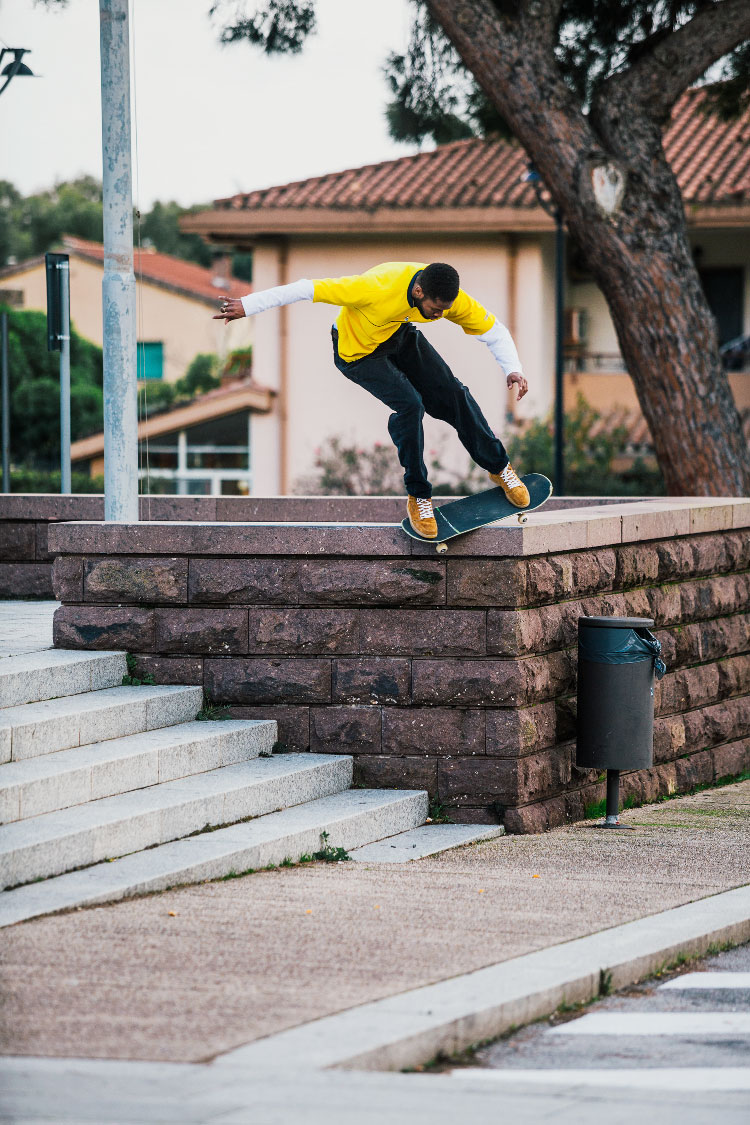 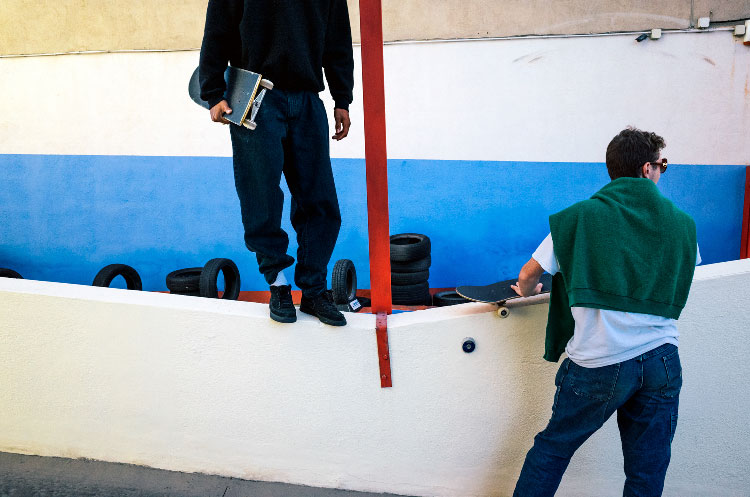 I wouldn’t want to push Janoski over either, purely because he is some otherworldly level of a nice person, but he’d probably be the least bothered by it out of anybody on this trip. This quarterpipe spot looks like the best thing ever but the floor is actually made out of 100-percent un-recycled bullshit. 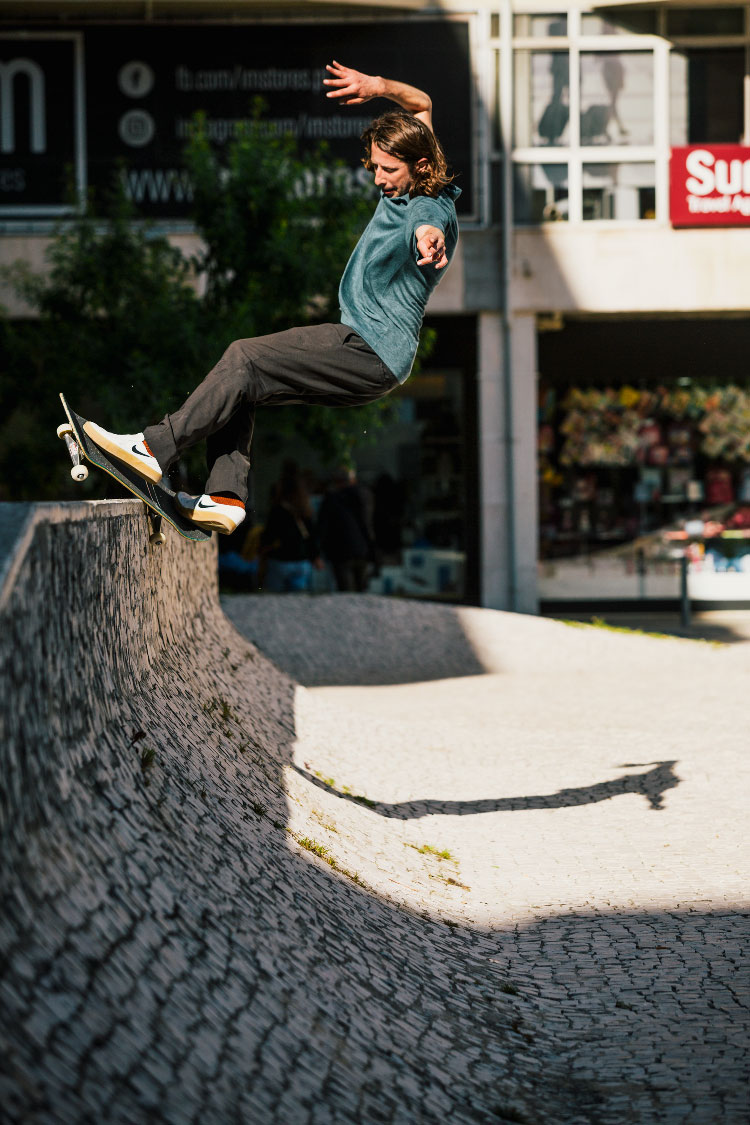 I wouldn’t shove Youness over either because he’s really gnarly and would have no problem killing me. He did both of these tricks in under three tries after having not stood on his skateboard all day. This was in an off-season Sardinia where we ended up for ten days in November last year. 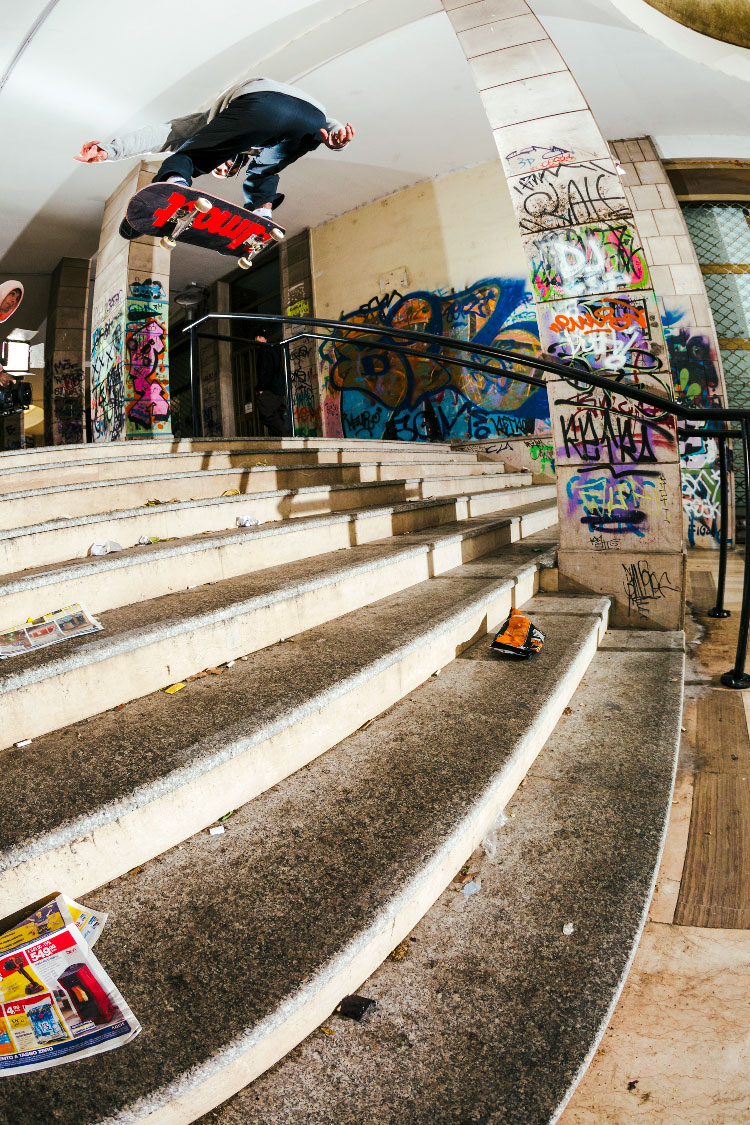 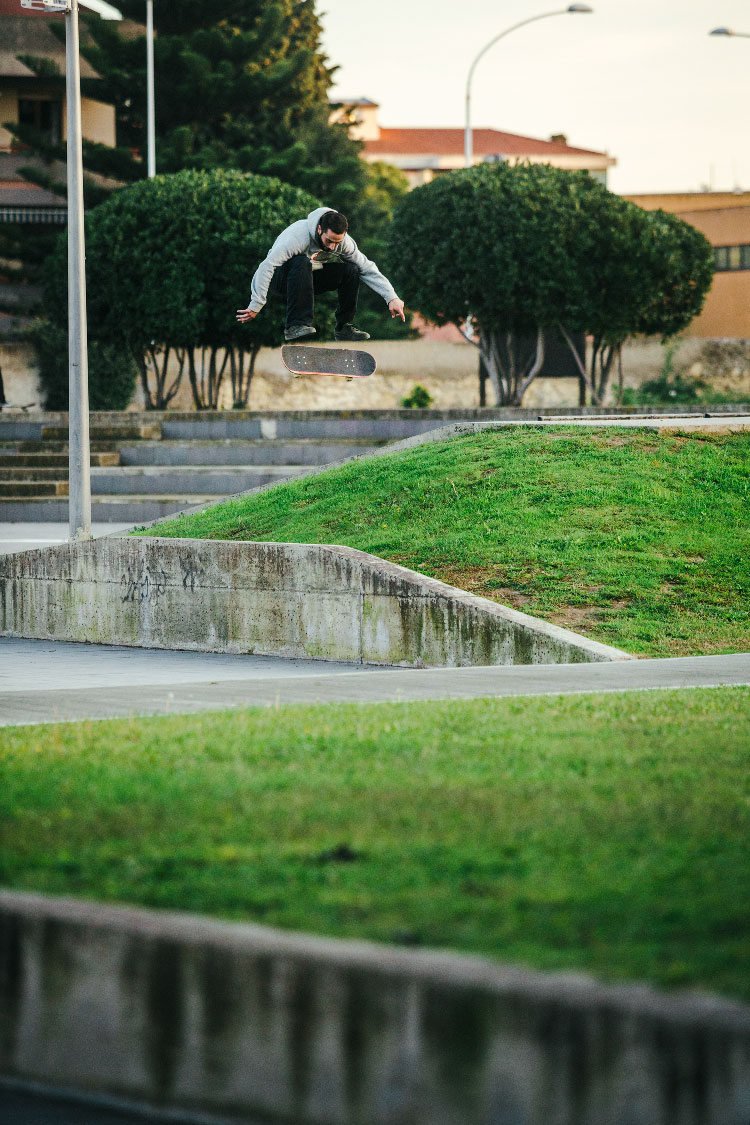 The season was off but the session was on—Youness Amrani, nollie flip

Karsten would 100 percent be the guy crouched down to trip the other person up. He is athletic, sturdy and willing. I can’t think of a much more dependable tripwire than good old Karsto; what a champion he is. 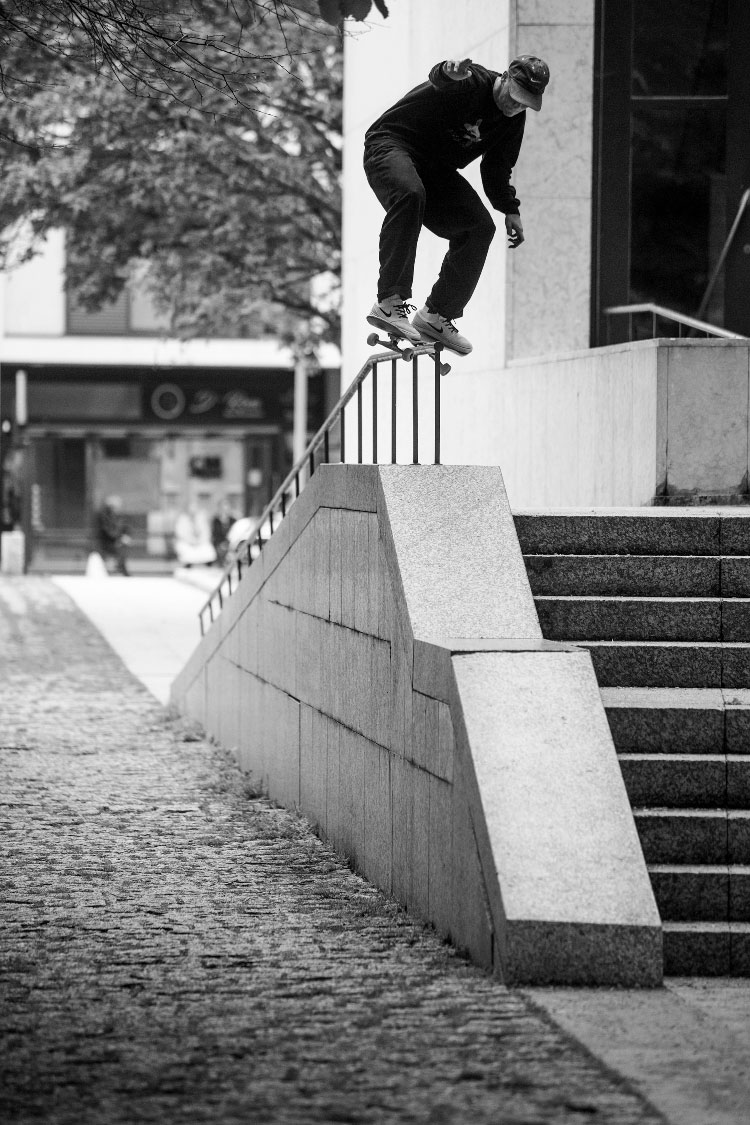 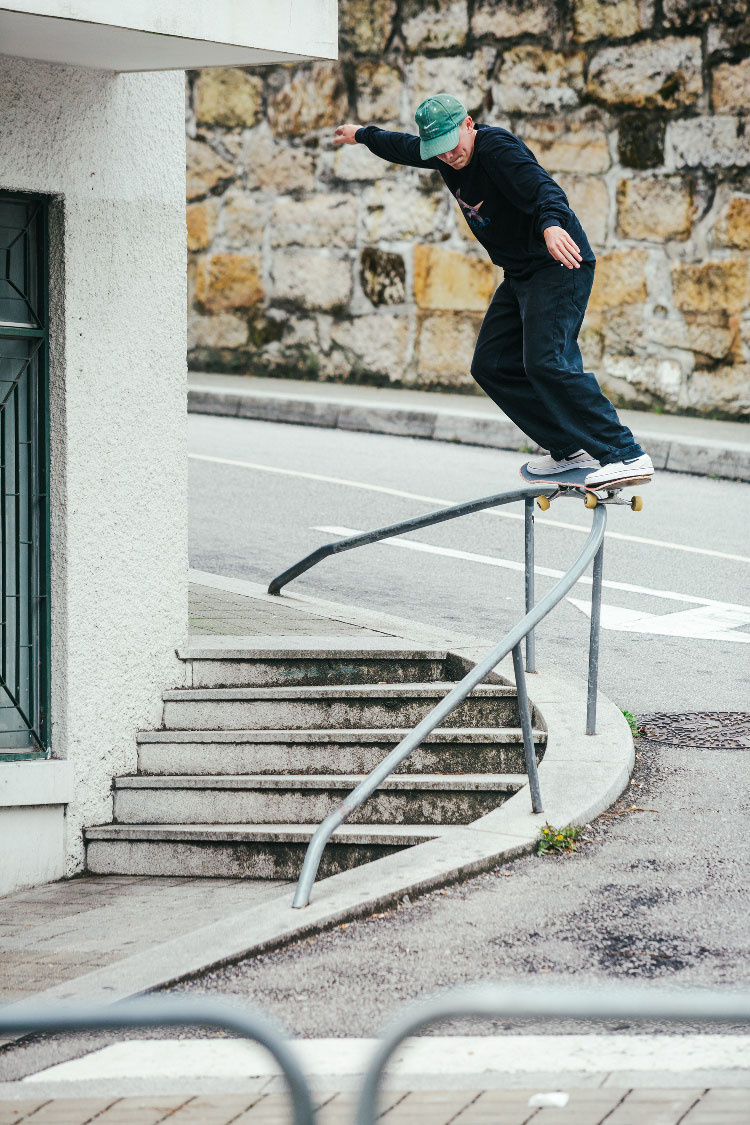 Karsten avoids the tripwire with a switch 50-50 in Portugal

I’d usually not want to upset Casper. I’d probably just hug him if I’m being honest. We filmed a thing for the intro of this video where he does a line and unexpectedly lands in a pretty dirty body of water in London. It was pretty brave of him really and he doesn’t like water one bit. It’s a shame it looked crap and nobody will ever see it. What can you do? 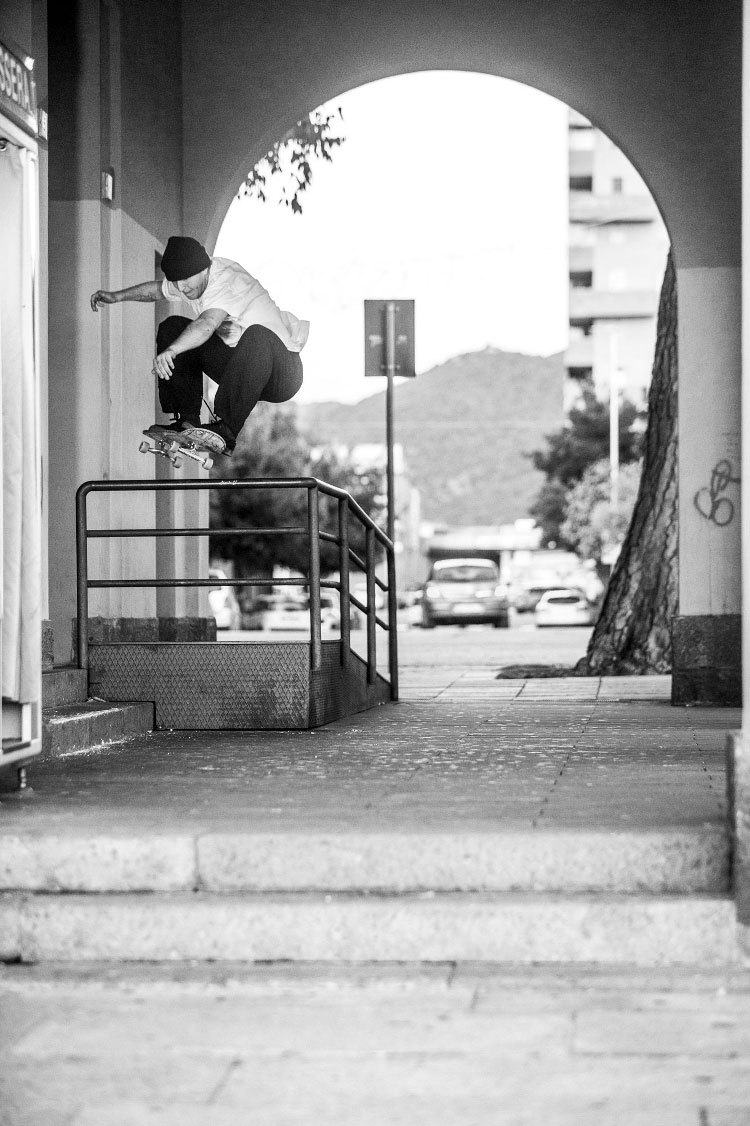 Getting dirty in the streets, Casper Brooker, ollie over to 5-0 grind, Sardinia, Italy 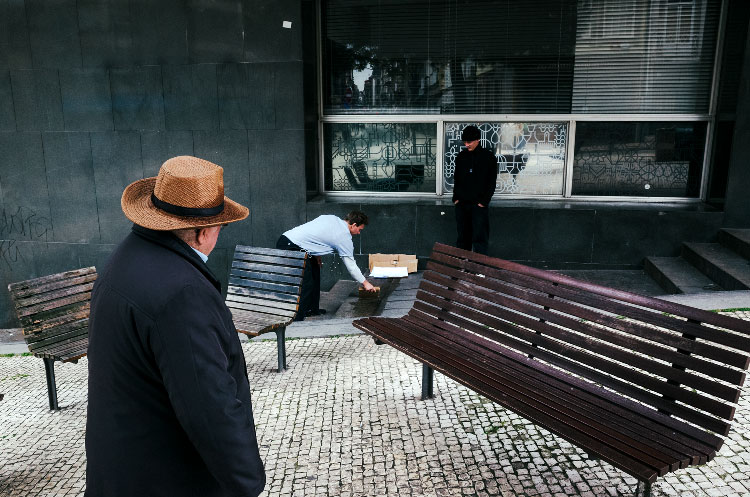 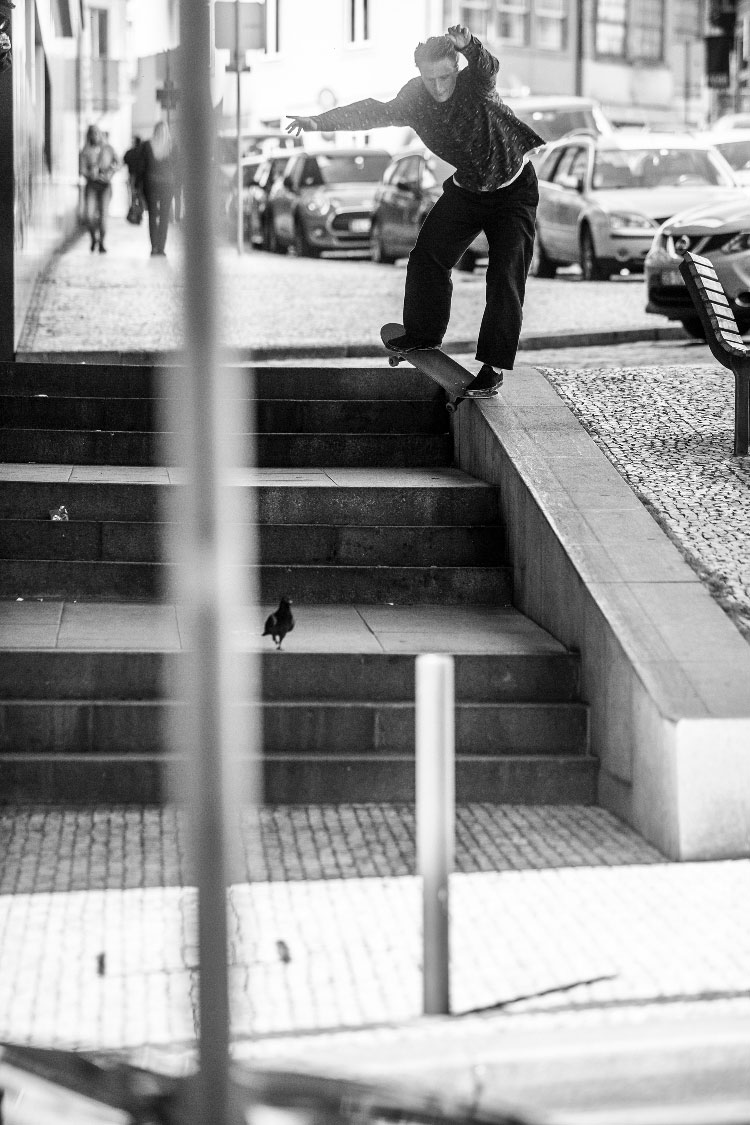 That leaves me with Kyron Davis. Anybody with the heart to push Ky over deserves to have their heart ripped out. I would do it, though, I would use the Ky that is front-shoving the stairs to trip the Ky that is doing a nosegrind revert mid-ledge and they would both buy me a pint after. There are few people I know who, upon meeting themselves, would get on well, but Ky is one of them. If there were two of him I’m sure they would cooperate to do cool lines like this all the time and if Kyron1 fell, Kyron2 would be there to catch him and then they would sit up all night talking kindly nonsense to each other. 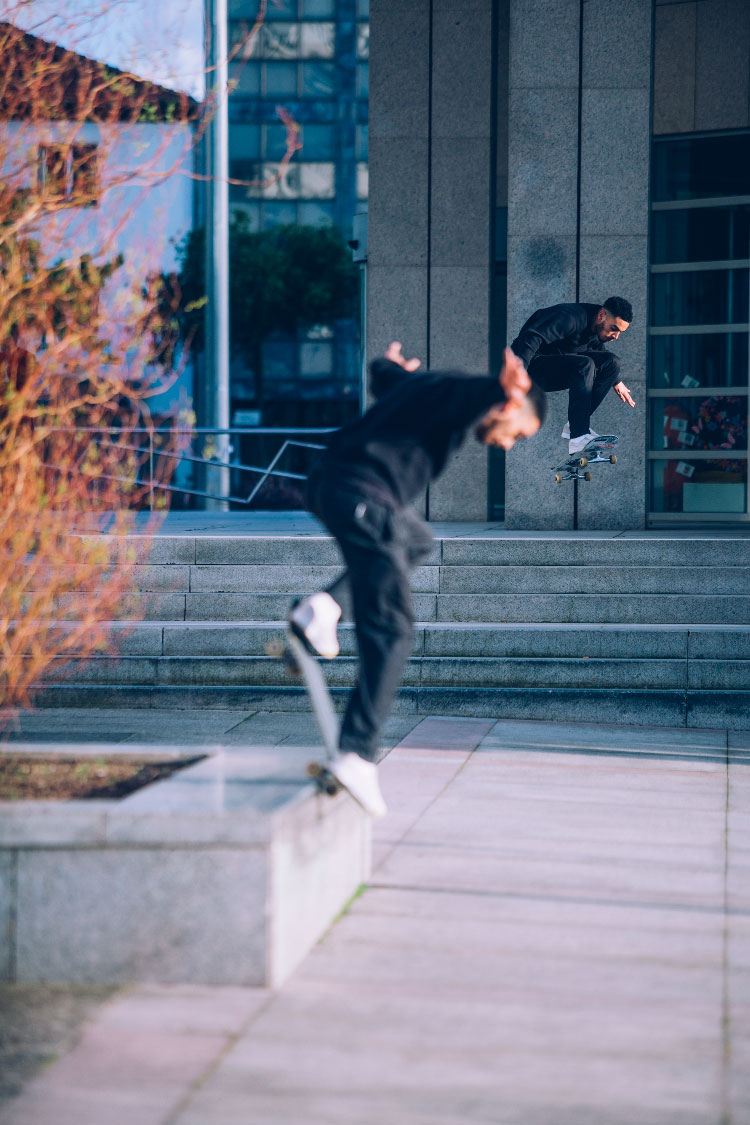 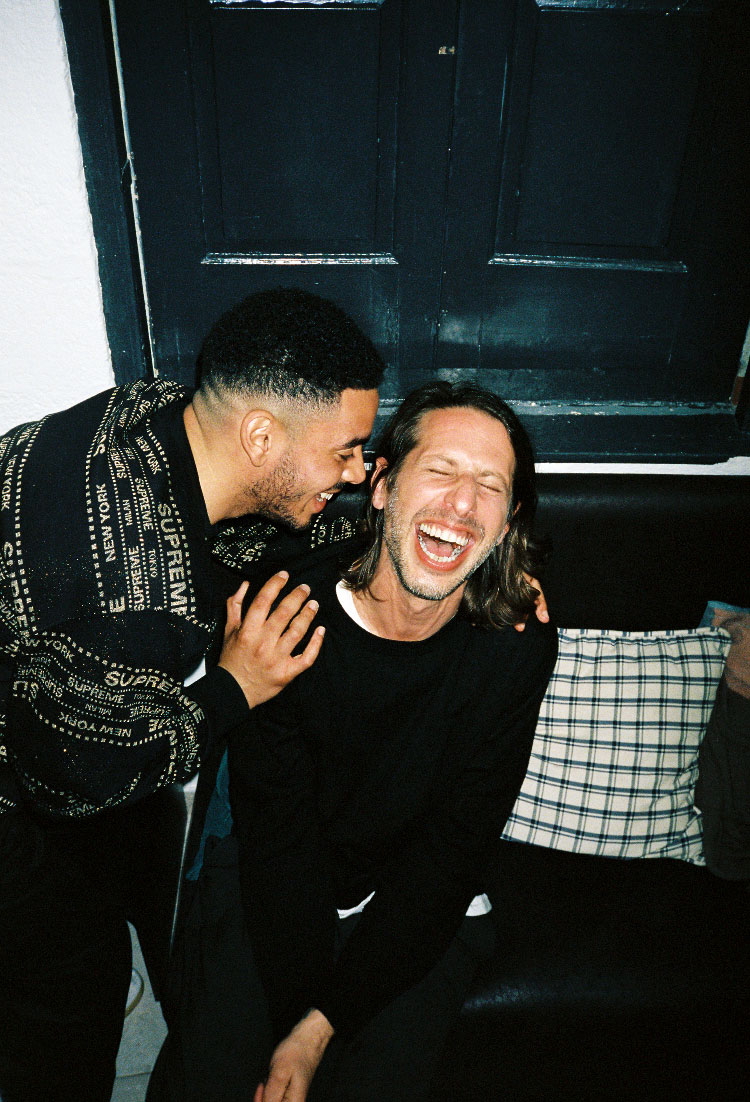