You can call it a run or a line, but when you drop in on transition you've got to figure out what to do on those walls. Send footage of your best transition line to [email protected] by July 4th and win a new Casio G'z One Commando phone and a Black Label board. 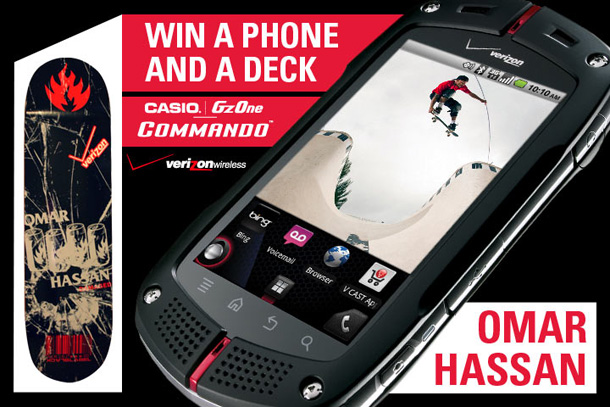 Even without getting tech or blasting an air, Omar shows how there's endless ways to get creative and gnarly.