WKND skateboards held what we would call a flash-mob video premiere. They posted a flyer saying to meet at Echo Park Lake and then set up a screen and a little PA and a mob showed up. It was a great vibe. A couple hundred skaters turned up and it was funny—for a lifetime of getting kicked out of spots by cops, not one showed up so it was a good time with beers and bros. Sir Palmer is a great short film focusing on Alex Schmidt and Trevor Thompson, both of whom are very creative with how they skate and what they skate. The video is filmed and edited super good—it’s got a fast pace. A lot of the WKND guys live in an apartment building called Sir Palmer which is across the street from the lake, hence the video title. This was an awesome way to premiere a video. Good job, Grant. 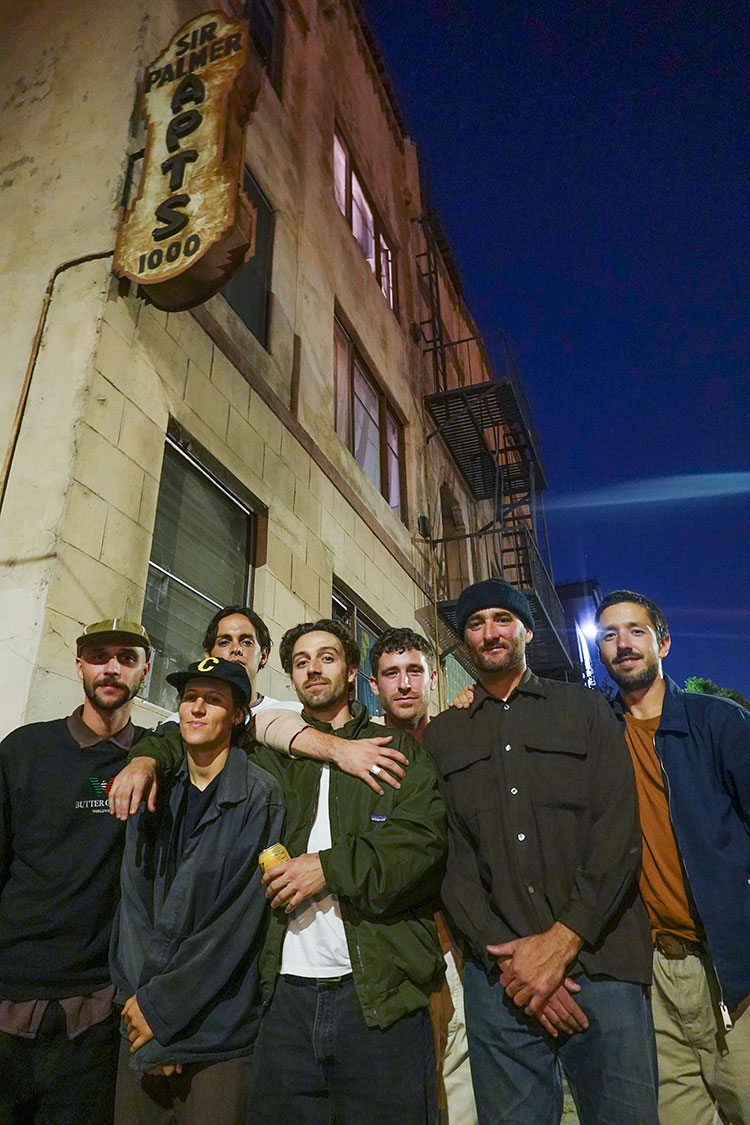 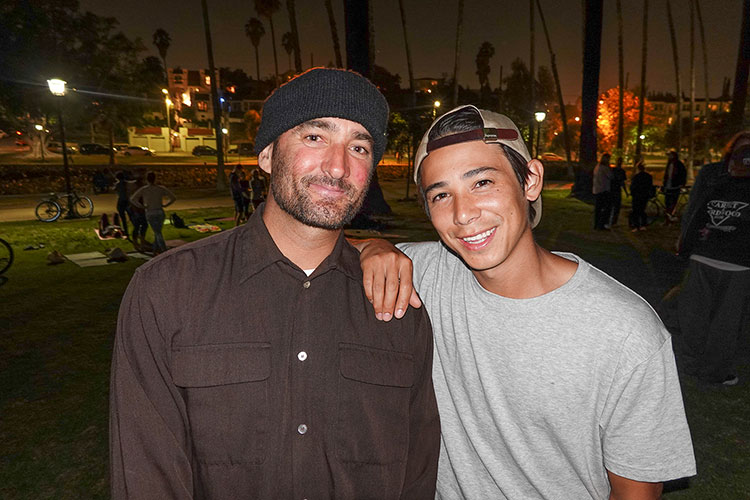 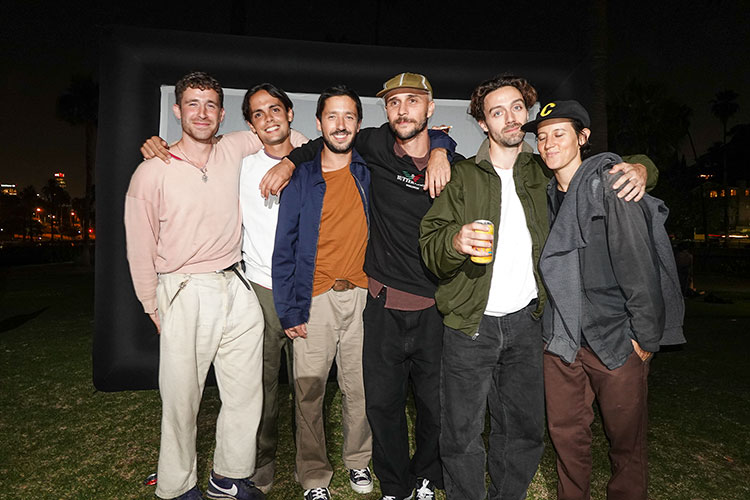 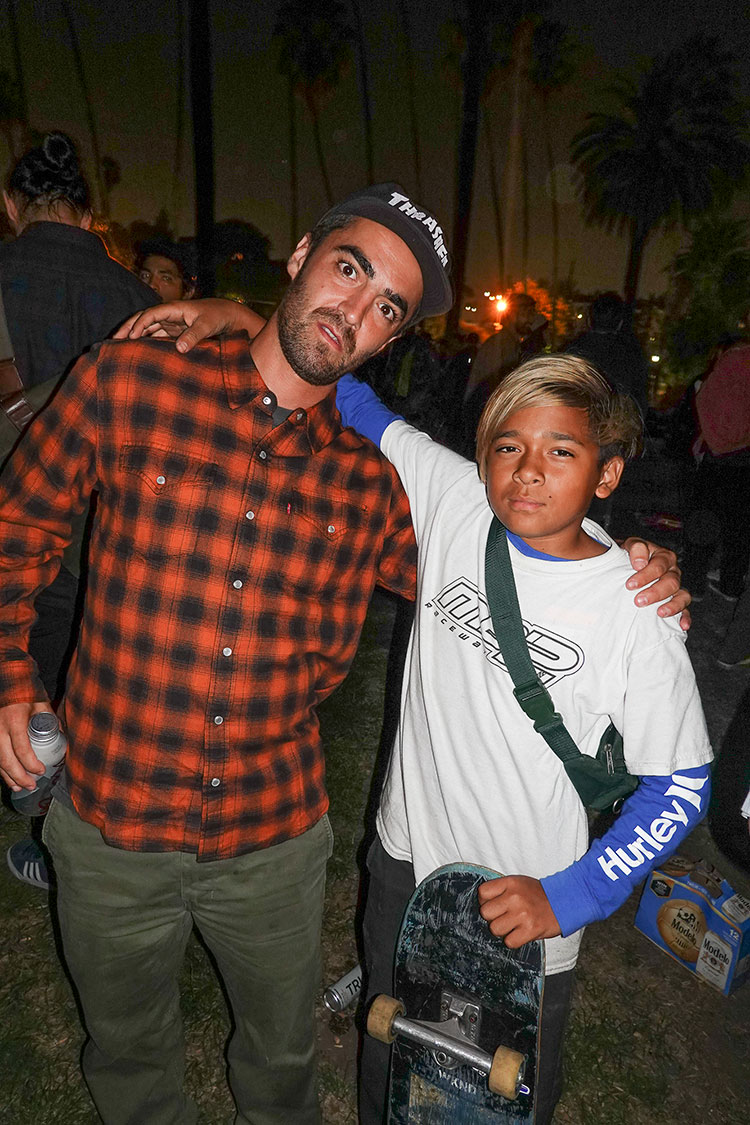 Dan Plunkett and the good homie
  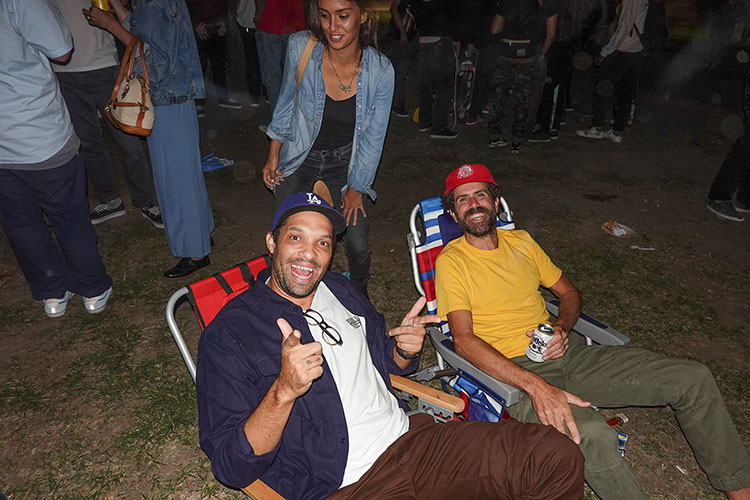 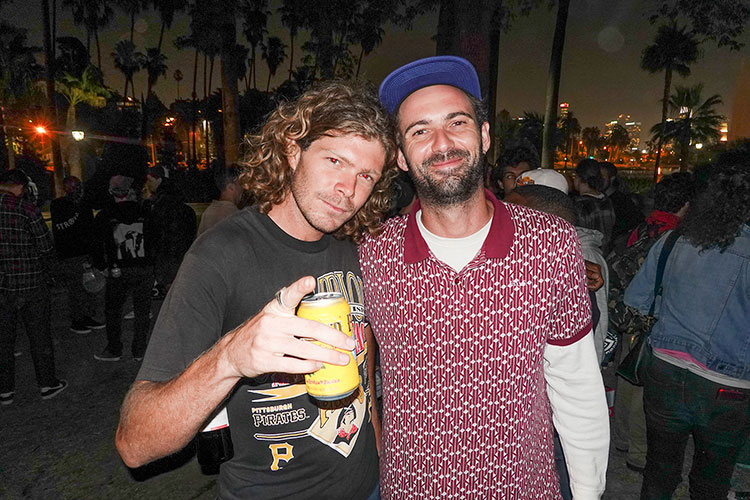 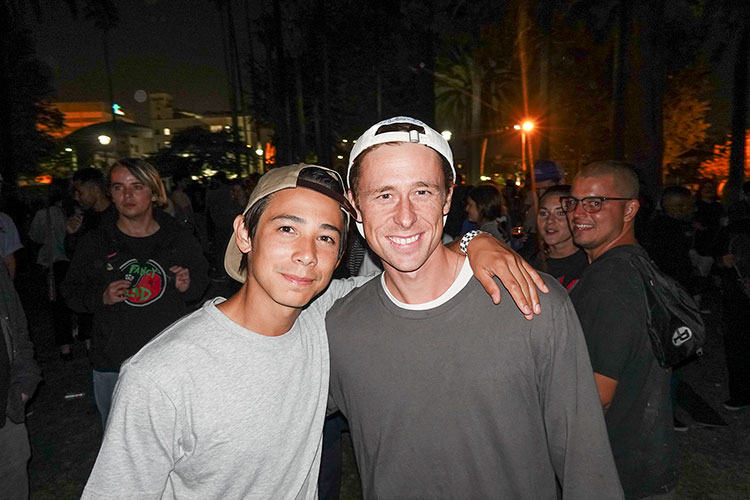 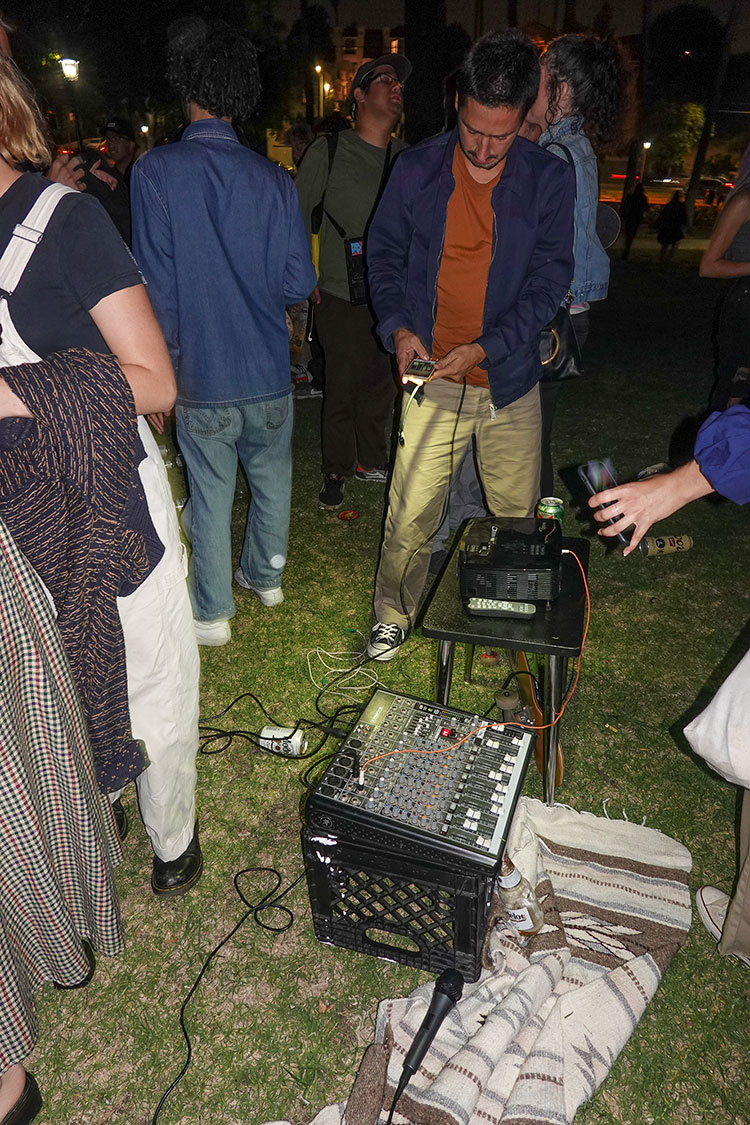 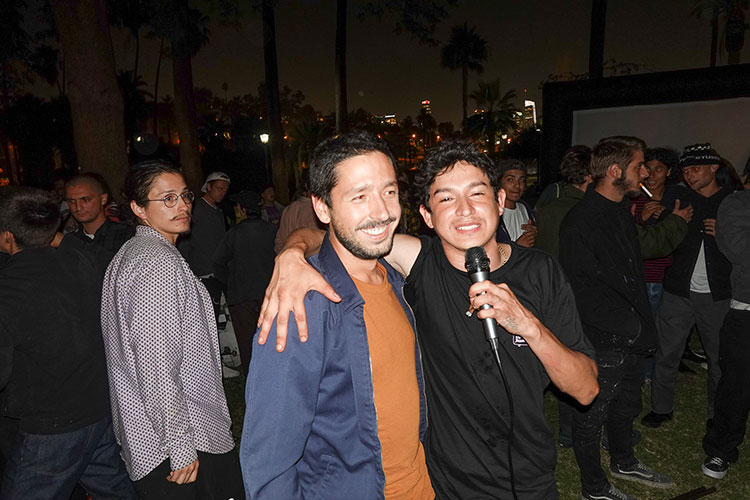 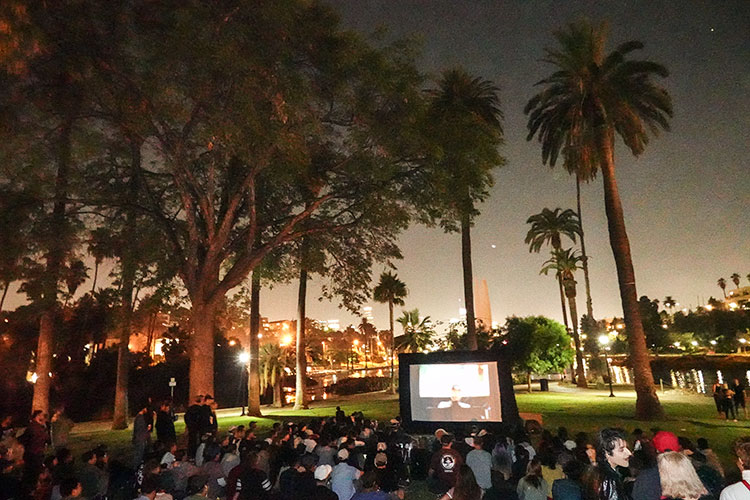 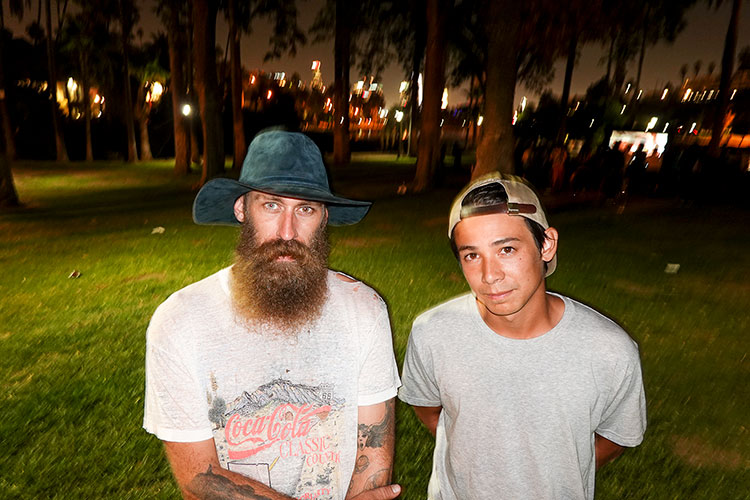 Malto got lots of photos with the bros—him and Slash 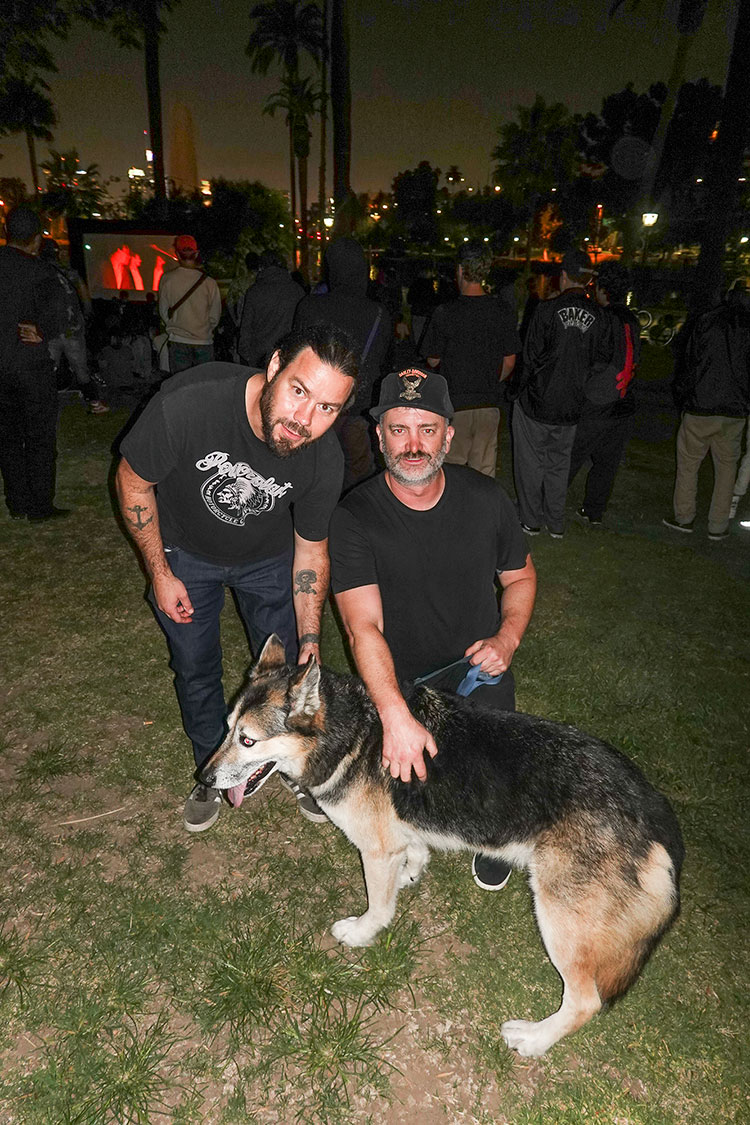 Where my dogs at? Ask Chris Pontius and Shad Lambert
  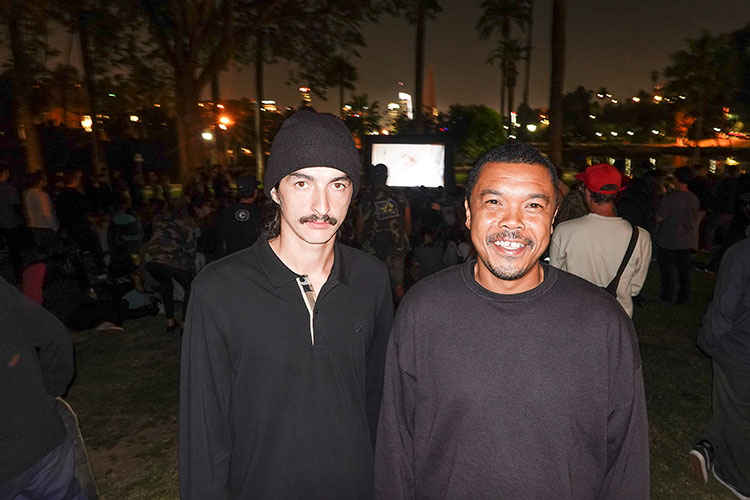 Baker has a Deathwish—Erick Valdez and Jay Thorpe. Be sure to check the Thrasher site on Monday, Sept. 17th to check out Sir Palmer with your own eyes. Congrats again on the video, WKNDers!
© 1981–2023 High Speed Productions, Inc.