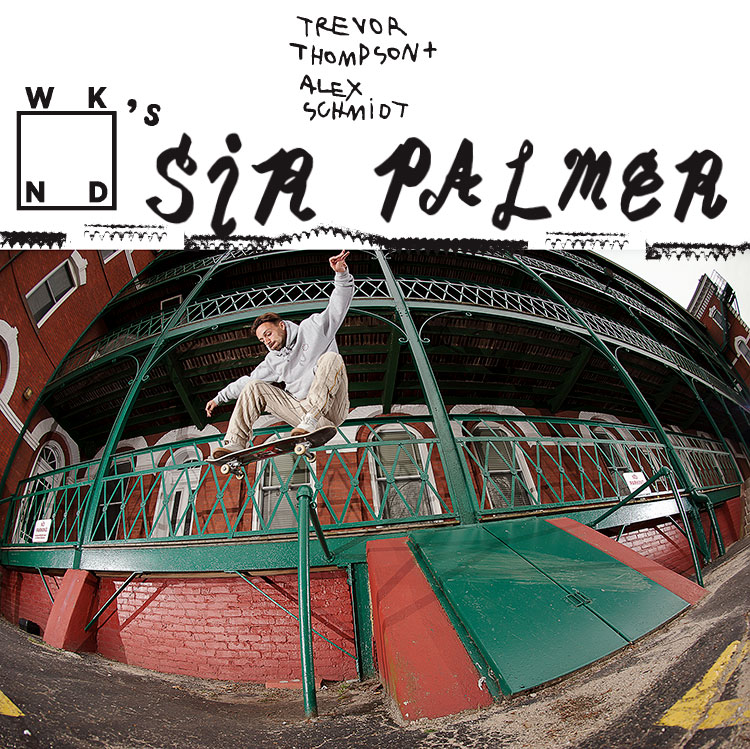  Ollie up to ollie—even the cellar doors have track marks in CT Photo: Murphy

The Honorable Sir Palmer:
Thanklessly standing guard over the lake of Echo Park. Holding a vigil to past residents. His rusted sign a testament to its utilitarian magnetism, his windows open into a world long forgotten and a sanctuary to the few blessed with his sacred rent-controlled lease. Wistfully praised as the Ellis Island of Los Angeles (by certain social circles). Held in contempt as a three-story eyesore squatted on prime East Side real estate. Wise perfection/mysterious imperfection. Functional in a fashionable neighborhood.

There was only one built and his name is Sir Palmer. —Trevor Thompson 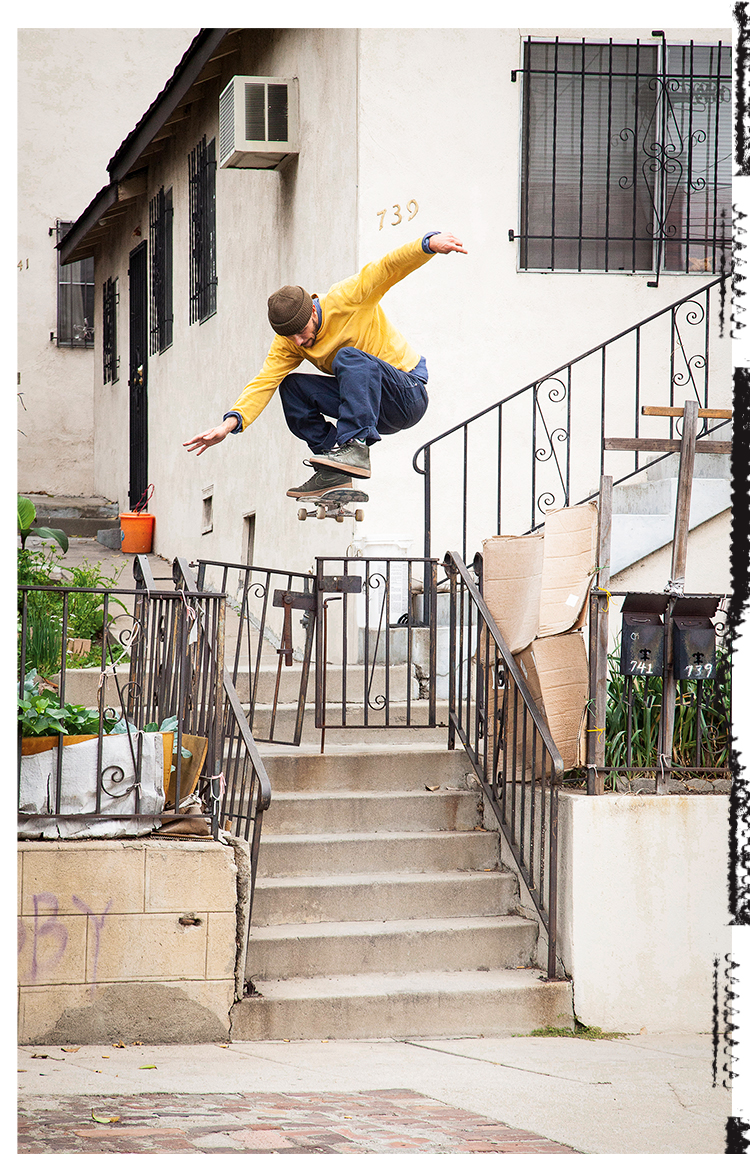 Alex can only wear his heels outside or Trevor will hear him through the floorboards. Rent-controlled heelflip     Photo: Weiss 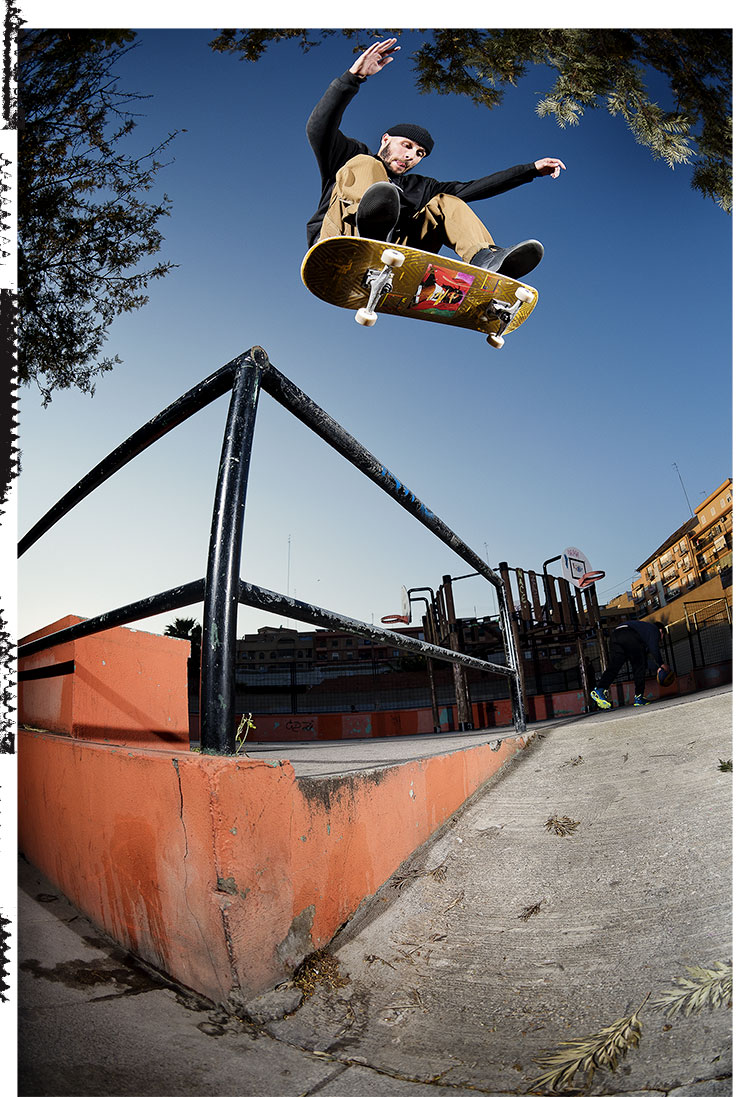 No three-day grace period needed to get to the bank here. Alex, frontside heel up, over and into the bank on the 1st of the month     Photo: Pires 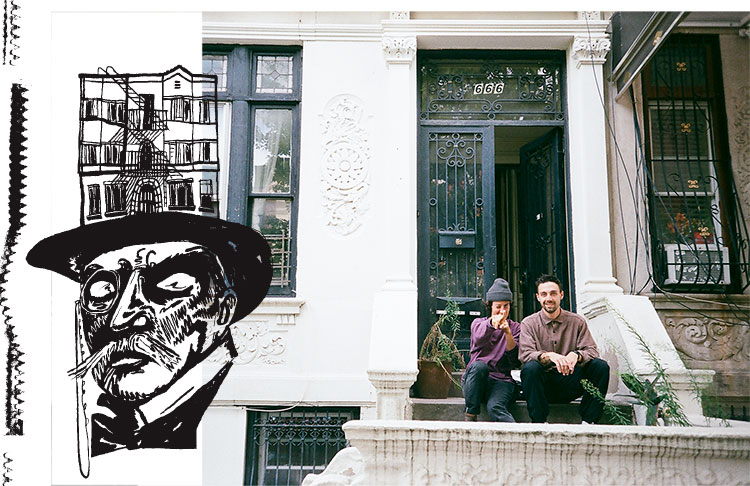 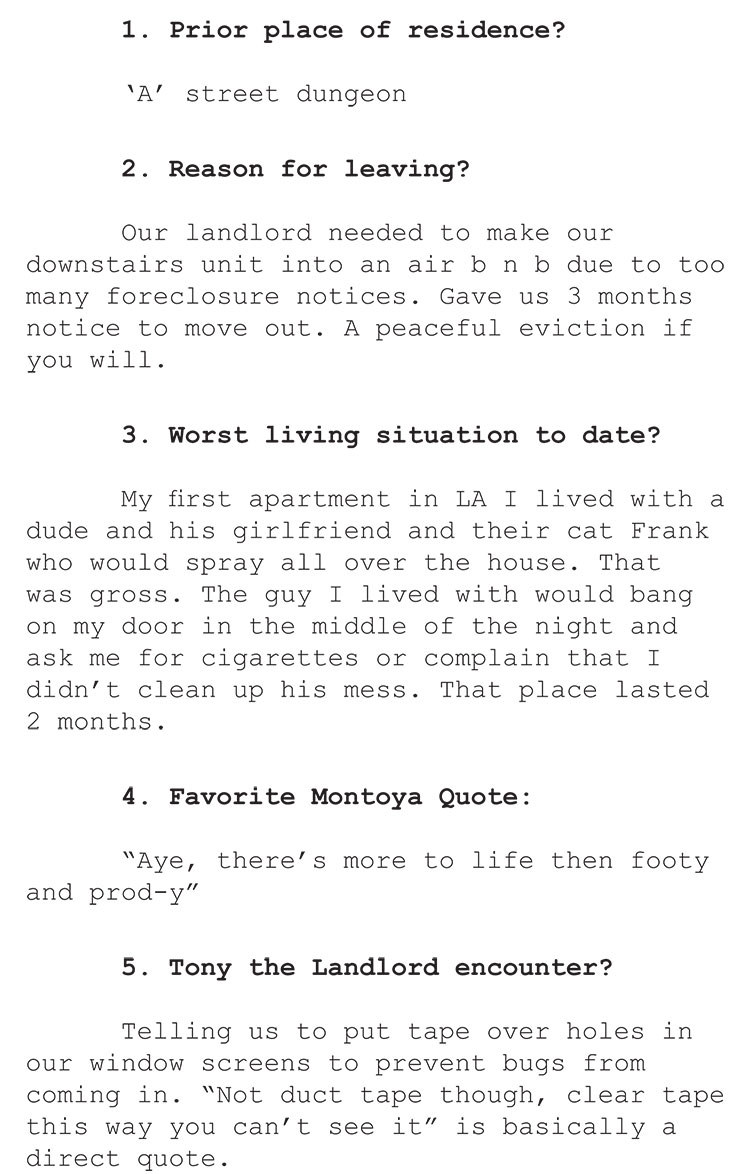 Trevor, half Cab noseslide to backside nosegrind 180 out, cosigned by Montoya     Sequence: Goldman 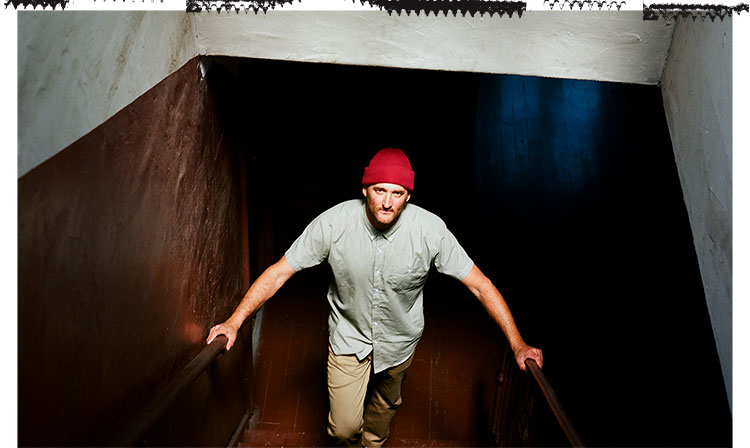 The Sir Palmer Apartments are adjacent to Echo Park Lake in the historic Angelino Heights neighborhood. The Spanish-Revival-style structure was built in 1907 by the late great Sir Palmer himself. The present-day owner purchased the property in 1991 for $619,000, with gifted funds from a Mexican cartel. Current market value is approximately $4.5 million. When will it change hands next?
  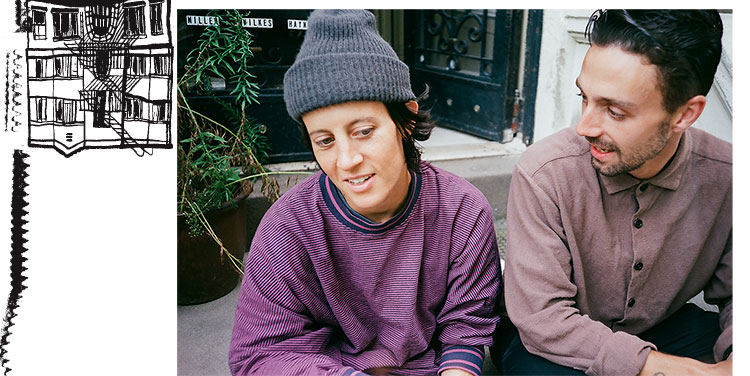 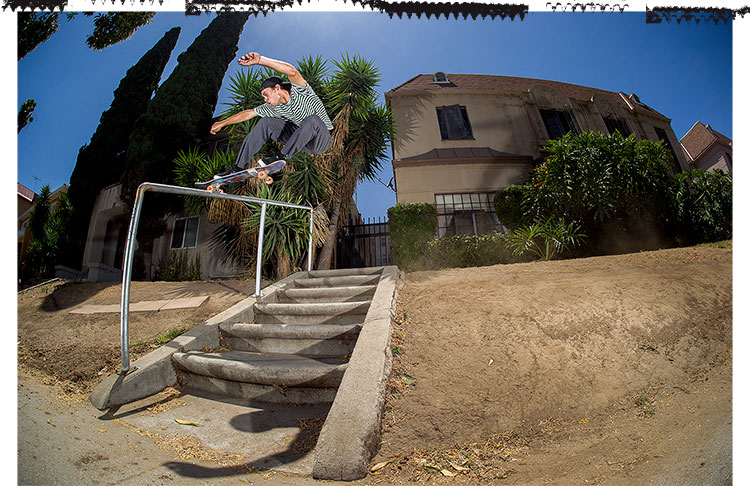 Sully’s first month in LA was spent in my apartment at Sir Palmer. My fondest memory was one night I woke up to him sleepwalking into my room in an attempt to drain his baby lizard onto my AC unit. Gotta thank our old friend Jack Daniel’s for that one.
  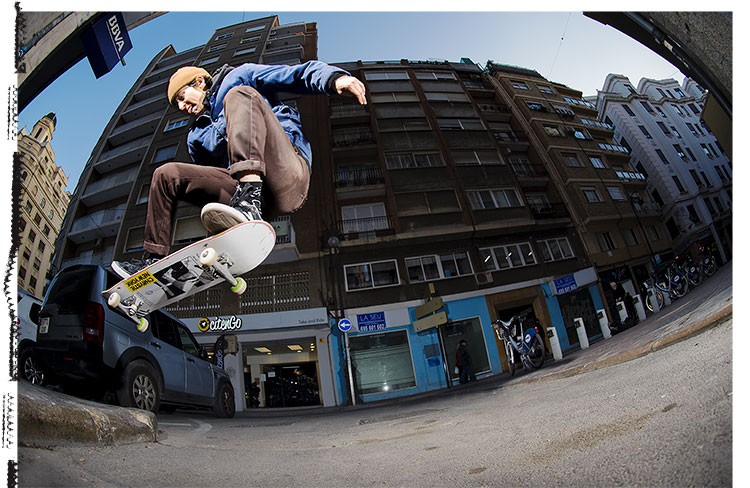 The cops told Alexis they’d arrest her if she continued trying this. Not going to incriminate her, but let’s just say this sneaky mouse always gets the blueberry. Full-speed street-gap kickflip     Photo: Pires

Alexis has her own set of keys to my apartment. Although I’d trust her with my life I can never trust her in my kitchen. Blueberry by blueberry she manages to covertly consume all of my produce leaving a trail of nearly-finished peanut-butter jars and dirty spoons. She is also morally opposed to using sponges. 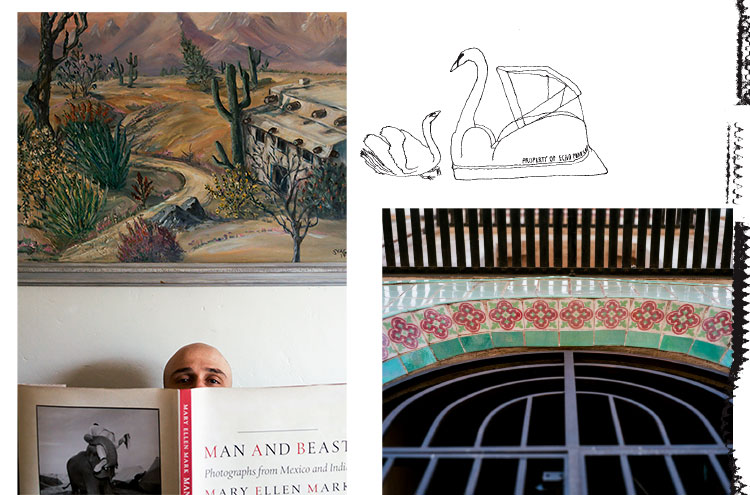 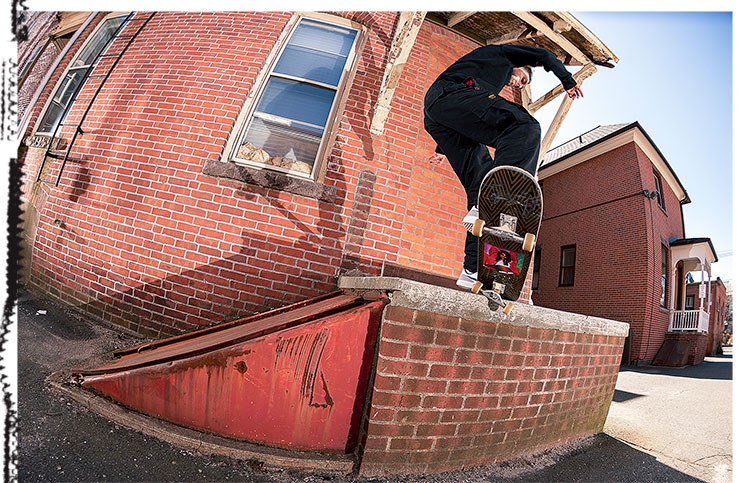 Quick foot 180 to switch crook at a retirement home for Catholic priests in Trevor’s hometown of Bridgeport, CT. Forgive me, Father     Photo: Murphy 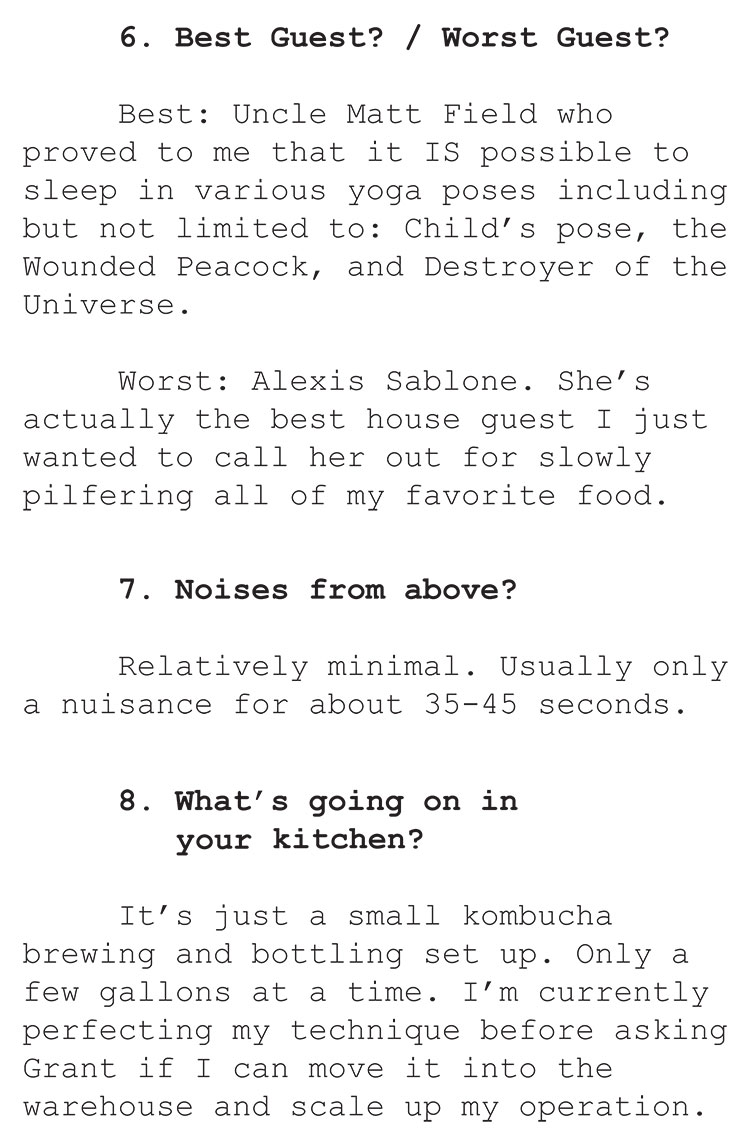 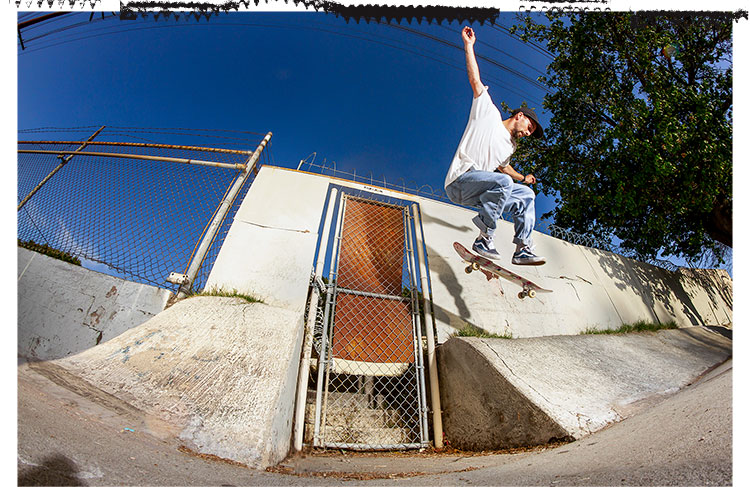 Bank to bank switch flip, Matt Field told him it was possible. Only took a few wounded peacocks     Photo: Goldman 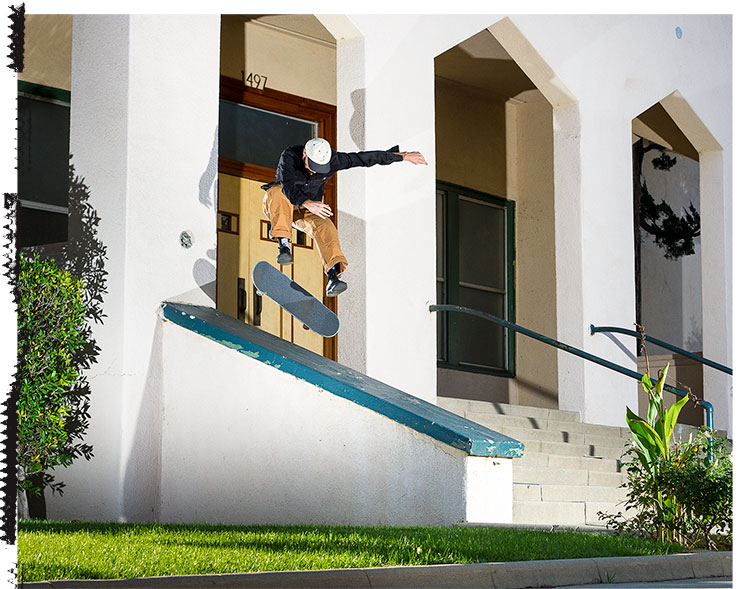 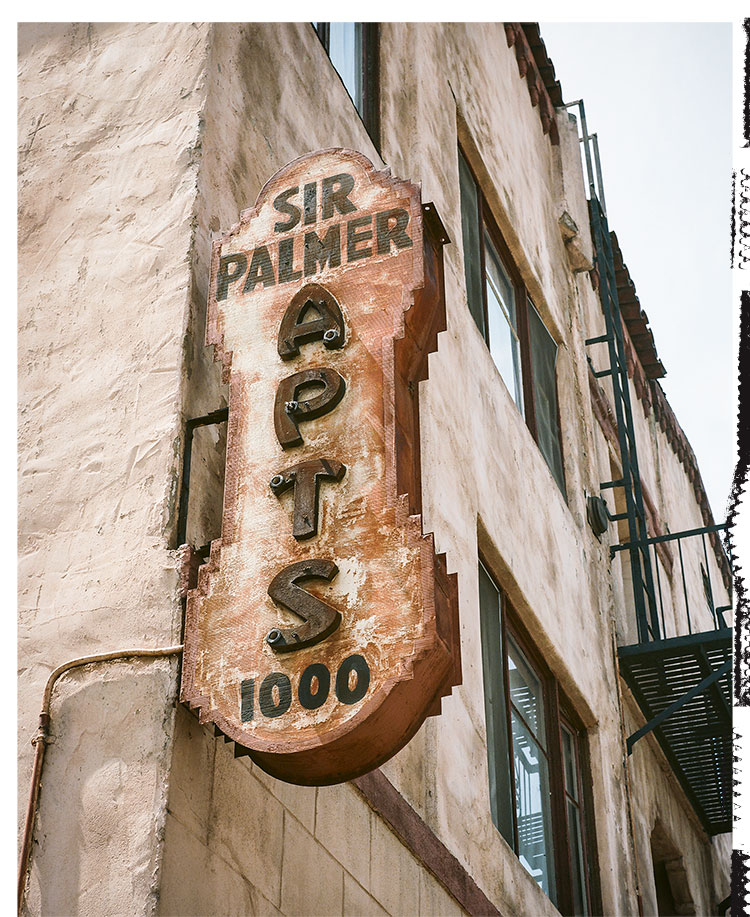