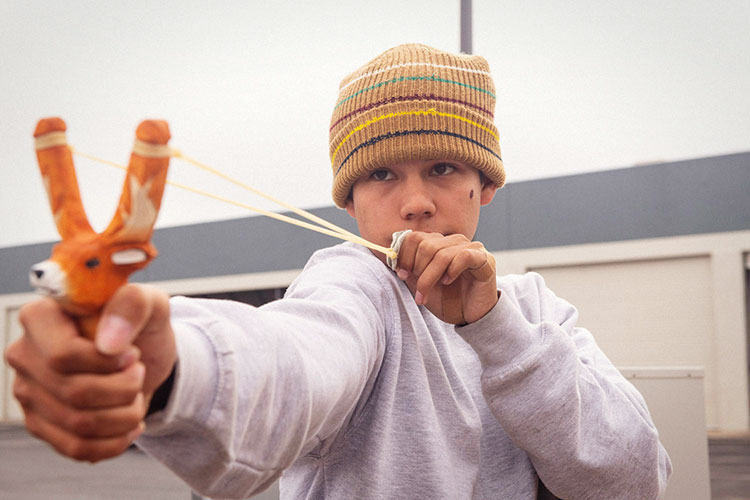 At times I forgot Nick was on the trip with us because of how silent he was. I interviewed Nick for well over an hour and I still feel like I don’t know the guy. He is one of the newest members in the pond over at Chris Milic’s Frog skateboards and is still living at home in Sin City. I’m looking forward to getting to know him better and watching him demolish the streets. I now introduce Mr. Nick Mitchel, or wait—is it Michael? —Rye Beres

How do you properly pronounce your last name?
It’s just pronounced Michael, like the first name.

What are some crazy ways people have butchered it?
Some common ones are Mitchel or Michelle. But I’ve gotten Mic-el before. It’s understandable but it’s nice when people get it the first time.

Was this your first Vans trip or were you on the NY one?
The New York one was my first and I’ve been on a couple since then.

Did you room with Yinz on this trip?
I had my own room for a couple days but had the choice and I picked Austin. He’s the sickest dude ever. I’d be in bed already and he would just come in and we’d talk about skating and spots all night.

Were you stoked on the spots we got to skate?
That coliseum spot with all the quarterpipes was pretty unreal.

Austin’s back lip was pretty unreal.
Oh my God, that’s what I’m saying. He’s the best. 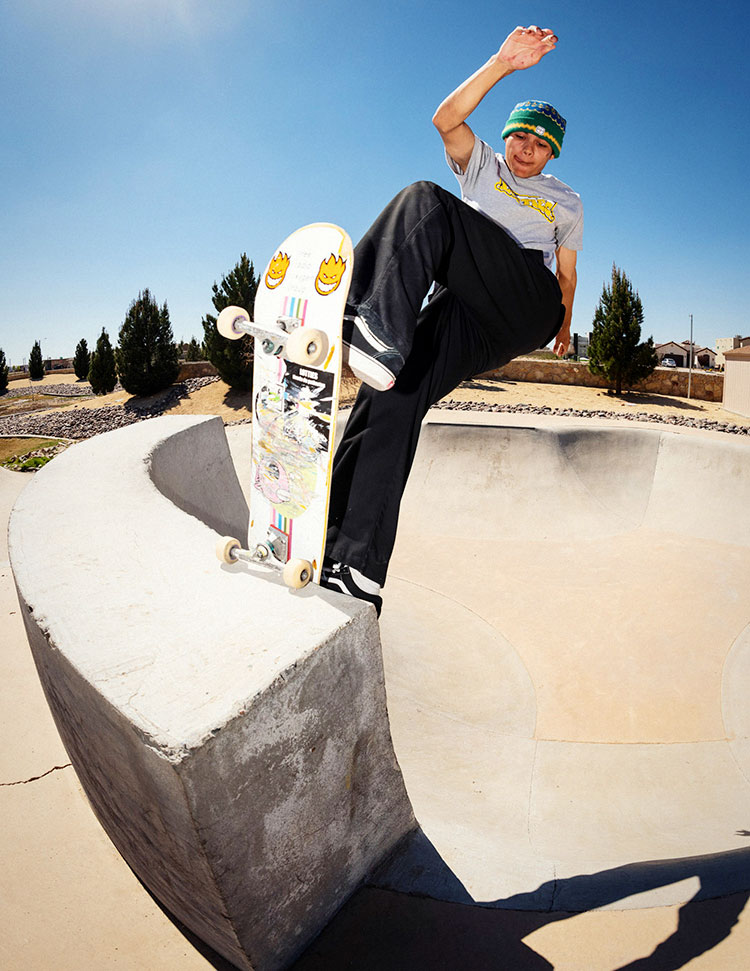 How was the trip for you?
This one was a lot more hectic than the other ones, with Death Match and all the spots and the big crew. It was really exciting and kinda draining but it was awesome, my favorite one yet.

Did you hit the streets at night while we were there?
Yeah, I went out one night with Frank, Justin and a couple people and got some food while we watched all the people walk around.

There were some creatures out there.
There was this one guy with his face painted like a zombie walking around all sketchy. There was one point when he was just standing in the middle of the road staring at us. It was pretty creepy. It was so funny ’cause we were with Kader and all these people were coming up to him asking for autographs.

I don’t get how normal people know him cause it’s not like he’s on a TV show or something.
It’s probably cause he just went pro and he’s so young. Plus he went pro for Baker. I can’t imagine how he feels.

Were you tripping on the cars a little bit when you were trying that back 360?
Yeah, I didn’t wanna get hit by a car. When I landed it I wanted to ollie that guard rail after but I saw cars coming and didn’t feel like getting hit by a car. 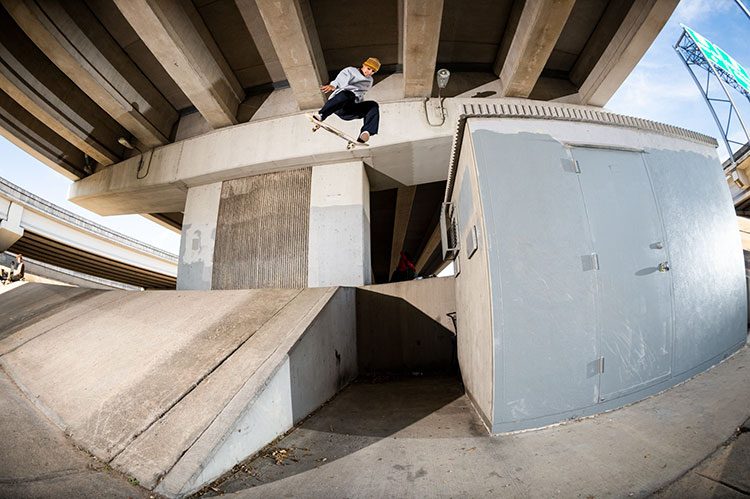 This trip ended at PHX AM. Are you a contest guy at all?
They aren’t really my thing, I think they’re fun. I get really dry mouthed when I’m skating them and try all these tricks. I feel like it’s not a good representation of my skating. Being timed and judged messes with me sometimes.

What happened with Heroin?
Chris had asked me awhile back to ride for Frog but I was fairly new to Heroin and I didn’t wanna ditch them right away. But by the time he asked me again I was fully down. I wasn’t really feeling it that much. It didn’t feel like anything to me anymore. The team was pretty big and I didn’t know anyone. With Frog it’s all my friends.

That’s what’s rad about Frog is you can clearly tell everyone is friends.
Exactly, it’s all just friends and always a good time. It’s the most laid-back company.

So Mango isn’t hassling you to get more photos in the mag?
Nah, not at all. He’s one mellow motherfucker. I love him, He’s the best.

While the bros head to practice, Nick hits a homer at the Austin High ditch      Sequence: Burnett

What’s been getting you stoked lately?
As of recently that new Johnny Wilson clip, all that Nik Stain footage is amazing. He is probably one of my favorites right now, for sure, just how fast he goes and how good he looks.

Is there a big scene in Vegas?
Not really. Sammy Baca is still around but he mainly posts up at Desert Breeze. It’s weird out here; there’s not much going on.

Would you trip on Kenny as a kid knowing he was from Vegas?
When I was growing up I knew who he was but didn’t take into consideration that he was from Vegas. I grew up watching the Pig Slaughterhouse video so I knew who Sammy Baca and Ragdoll were and knew they were super Vegas. And Muska too.

Wait, Muska lived in Vegas?
I’m pretty sure at some point. In Tony Hawk’s Underground it cuts to a scene where he hands you a Shorty’s board and says, “Back in Vegas we had nothing, man.”

Does Ragdoll still live in Vegas?
I’m not sure. He’s actually friends with my parents. My little sister skates and she used to get boards from his company, Hurt Life.

Are you stoked your sister skates or is it weird?
It’s awesome. She hasn’t been skating much. She’s still in school and always has a bunch of homework and hasn’t had the time to skate lately. 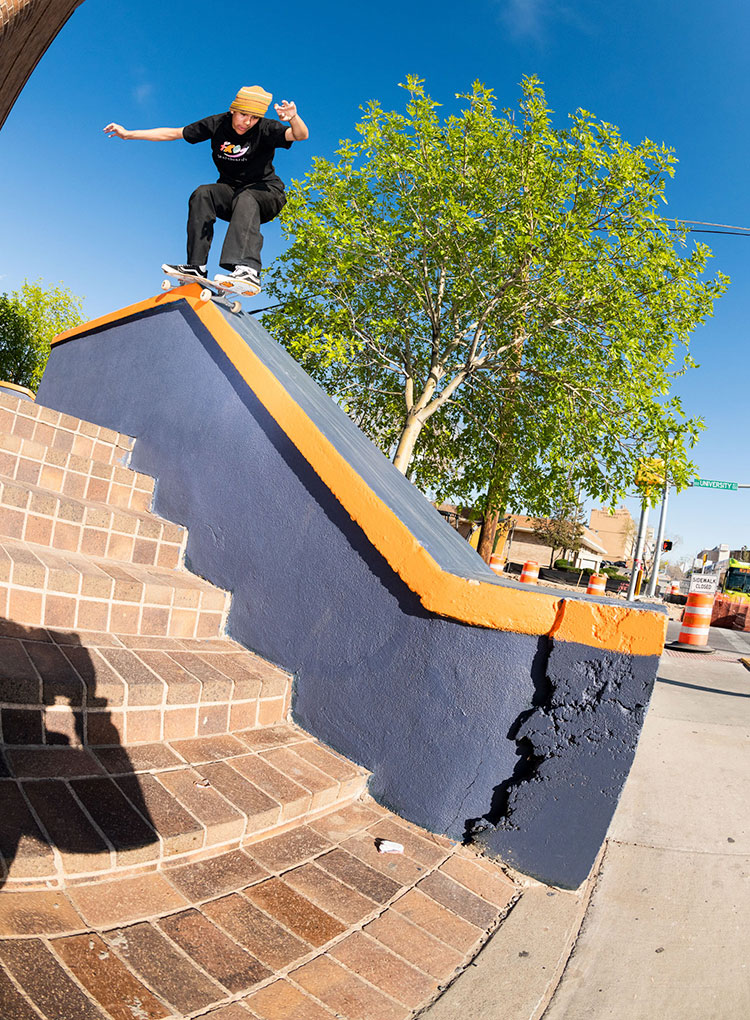 High centered in El Paso, across and down     Photo: Hammeke

You gotta get her on a Frog trip.
That’d be so fucking sick, actually. It’d be crazy but so cool to see.

Did Frank try to bench press you before your run in Phoenix?
I saw him doing it to Roman but he didn’t with me. I don’t think he could’ve done it with me, I weigh, like, 150 pounds. It would’ve been kinda fucked up.

There was a lot of vaping happening on the trip. Are you much of a vaper?
It’s pretty funny—everyone had a Juul. Kader goes crazy over those things. If he loses it or can’t find it he’ll go crazy. He was at the hotel screaming, “Where is it?! Where is it?!”

Did you hit the Juul at all?
No, I’d pretend to hit Kader’s and he’d get so mad. 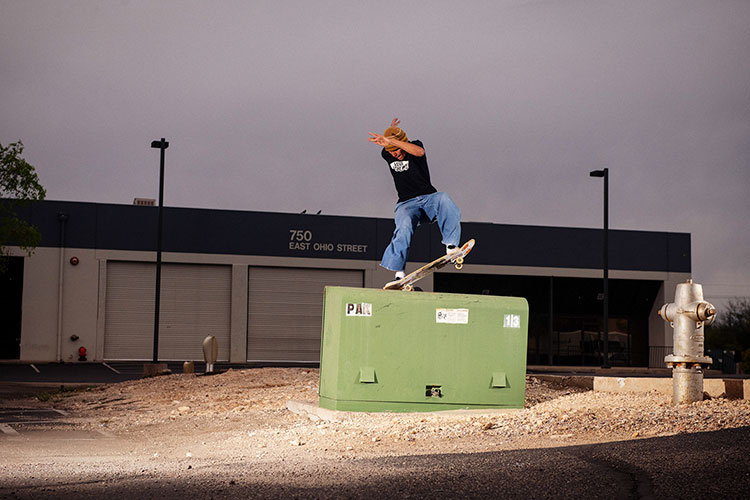 Do you think Frank and Kader’s relationship is funny?
Yeah, it’s funny seeing a grown man yell at a little kid like that. We were in Diego’s room and Kader was eating pizza on the bed, spilling sauce on the sheets, and Frank was just yelling at him to get off.

Do people ever trip on your little pink Frog backpack?
Well, it’s green, actually. People don’t really trip out. From what people tell me they like it.

What essentials do you keep in there?
I have some waters, medicine, a couple ChapStiks, dental floss, a bunch of loose change. It’s so handy and such a good size.

Other than Frog, what companies are you hyped on right now?
I like Hockey and Antihero. Polar and 917 are cool. I just like all that kinda stuff.

Who would you wanna put on Frog?
Probably just Diego. He’s basically already on. He’s trying to come on all the trips. 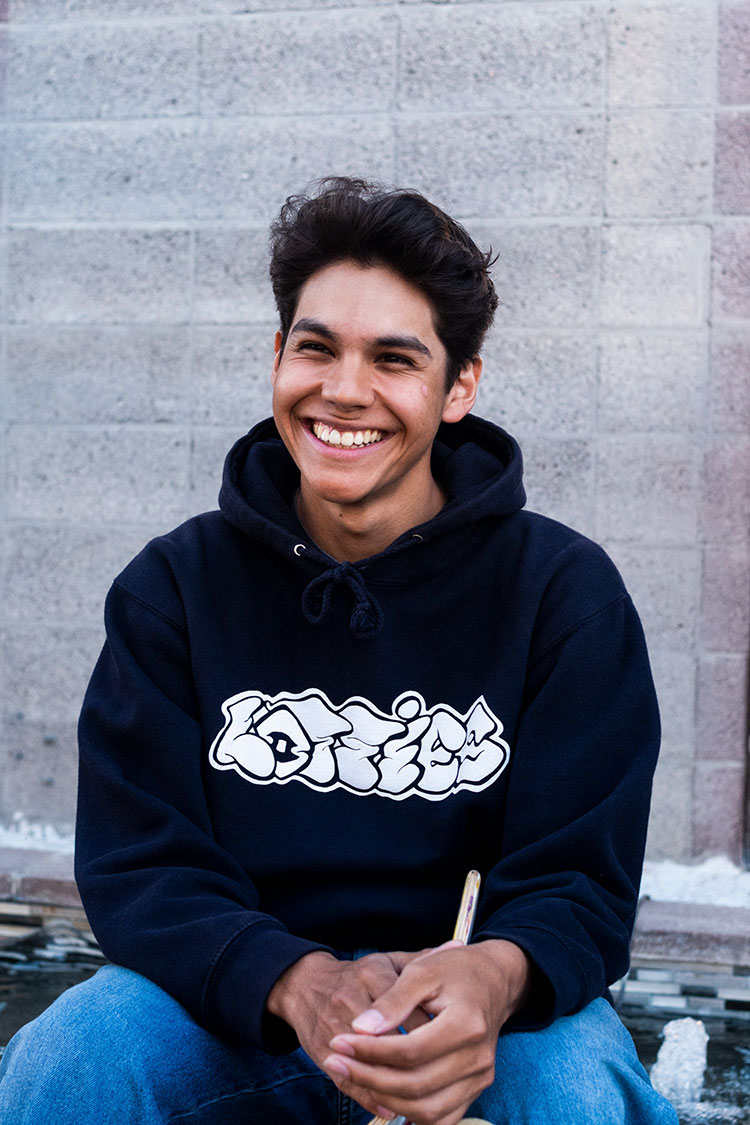