A Day With Kenny 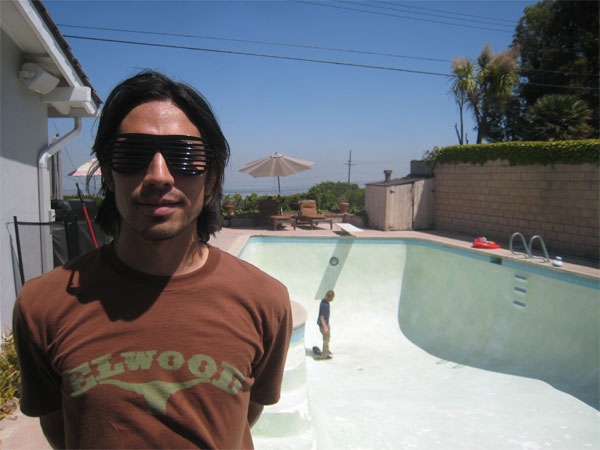 I went down to Los Angeles with Drehobl to meet up with Pappalardo and the Elwood team, to do a day in the life of Kenny Anderson. Kenny's got a pool in his backyard that he drained just two days before so that we could get a session going. Shit was pretty tight. 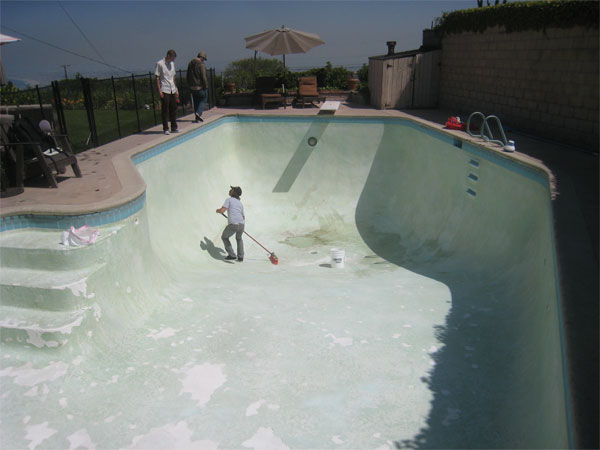 We met over at Kenny Andersons last week on Earth Day to do 'A Day With Kenny'. 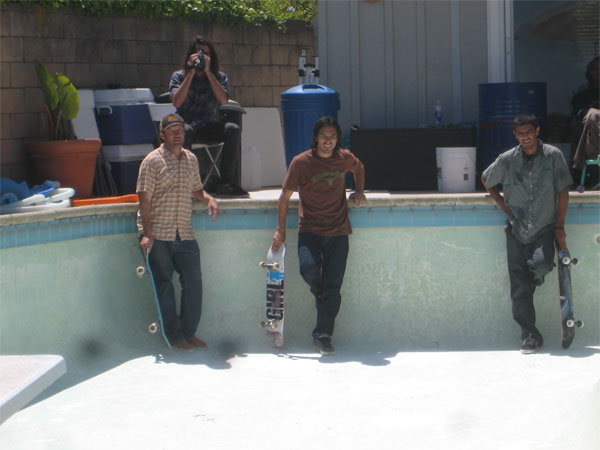 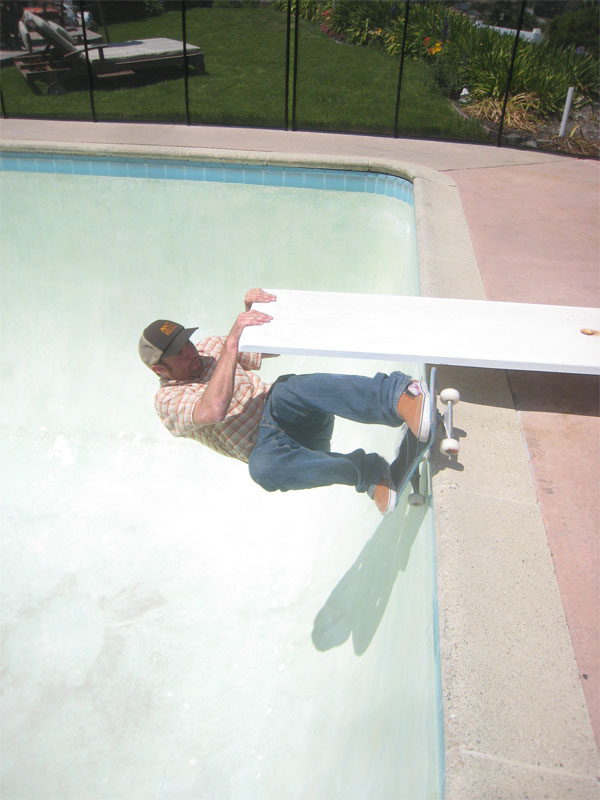 Ol Corpsey testin' out the diving board 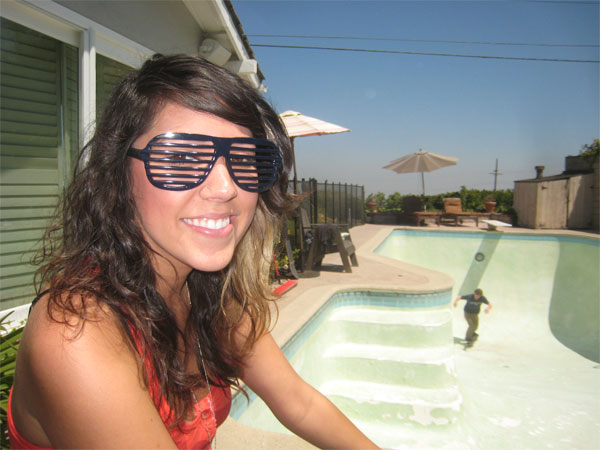 Active Erica on the scene in her stunna shades 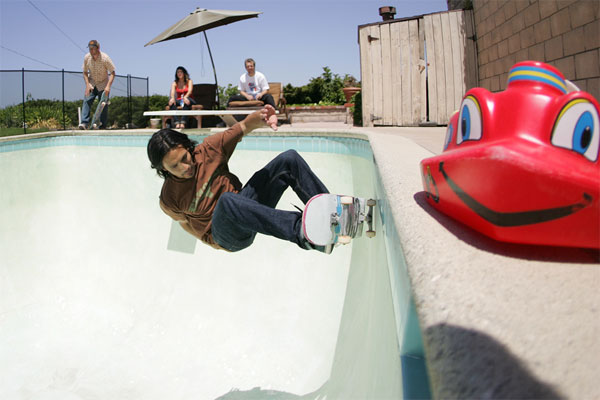 
Drehobl dropped right into a fakie rock no problem. 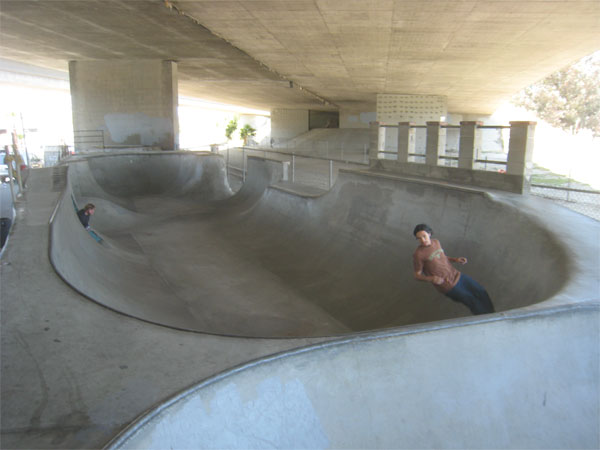 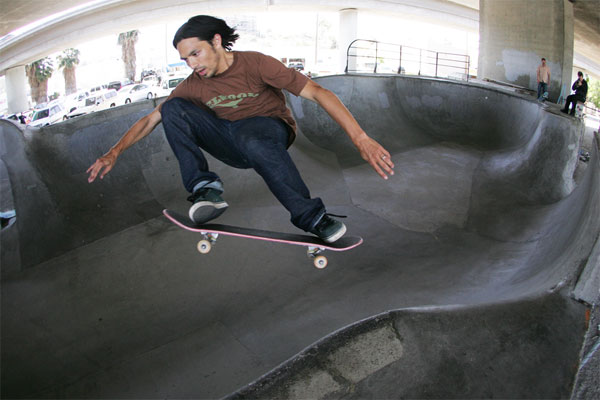 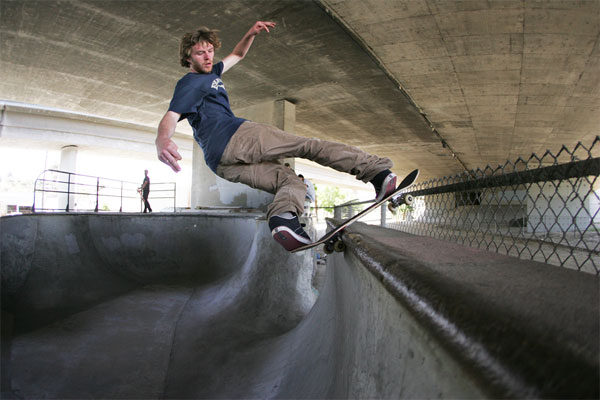 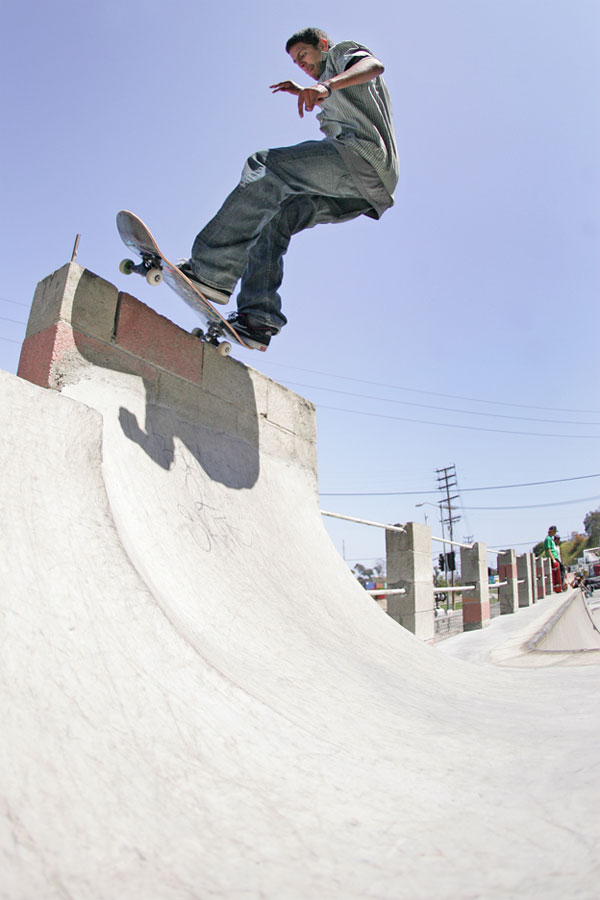 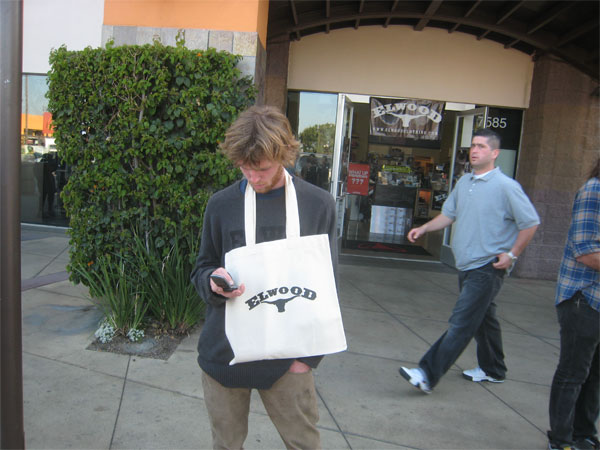 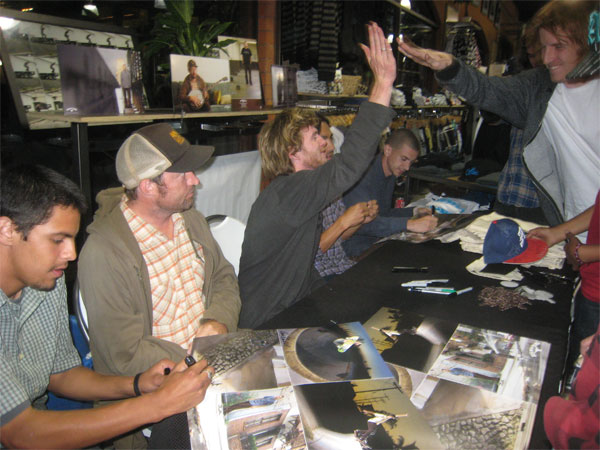 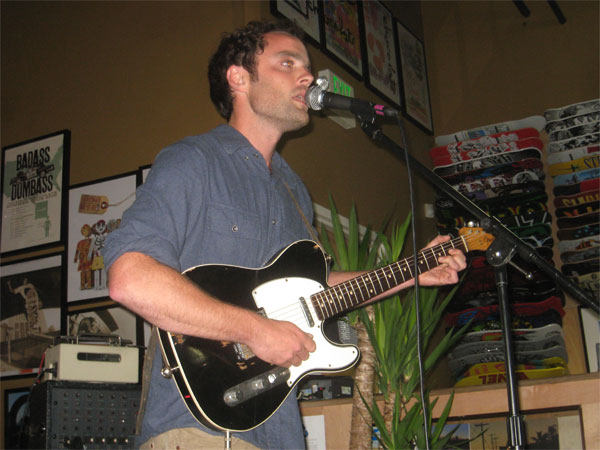 An instore appearance by Travis Graves and Mt. Egypt 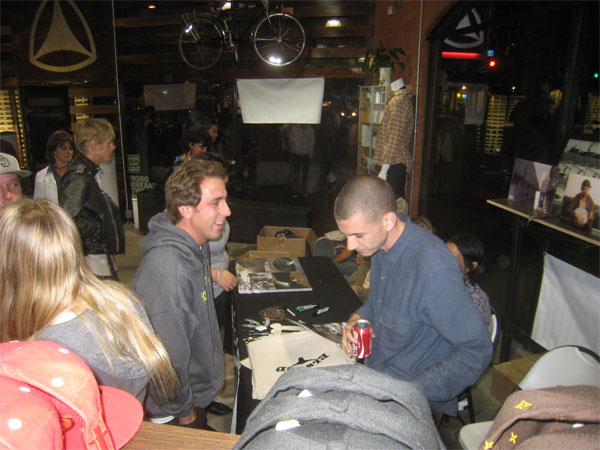 Thanks to Active, Kenny Anderson and his family, and especially Palmer and the Elwood crew for giving us rides, feeding us, and being a great host. Til next time.
© 1981–2022 High Speed Productions, Inc.